Trip Type: Hiking
Entry Date: 10/21/2016
Entry & Exit Point: Little Indian Sioux River (south) (EP 9)
Number of Days: 3
Group Size: 3
Trip Introduction:
34 miles and 5900 feet of elevation change in 3 days. Good Times!
Discuss Trip: View Discussion Thread (9 messages)
Report
We planned our trip in September, looking for something challenging yet attainable. I contacted the Forest Service to inquire about conditions on the Sioux-Hustler and Snowbank Loops and was informed that the Snowbank Loop was impassible due to the recent blow-down so we set our sites on the S-H.

Conditions were seemingly ideal for our entry date- 55 degrees with partial sun. The lot was well marked and easy to find from the Echo Trail. Contrary to the intro notes, I believe we used entry point #15. We parked next to 2 vehicles although never saw another human for the duration of our stay in the park. The self registration box was packed full with no blank slips remaining, so as far as the Ranger is concerned, we never did this loop.

Day 1: 13 Miles We set off Friday morning for Devil's Cascade. After navigating through a marshy area, over a couple ancient beaver dams and a bevy of fallen timber and soupy trails, we arrived at the falls around lunch. This section of trail is well marked and relatively easy to follow. There's a picturesque descent near some whitewater about halfway to the cascade. You hike through a nice blend of oak and pine and the trail is lined with granite remnants of the old fire tower trail. Upon arrival at the Devil's Cascade, we explored the falls and adjacent campsite while eating lunch then mistakenly headed north down the portage trail to the southern tip of Loon Lake. We backtracked up the trail a hundred yards and found the Cairn adorning the fork to the northern spur of the trail. Back on track.

Moose and wolf scat, accompanied by tracks were prevalent on this stretch although the only wildlife we managed to spot besides the squirrels and water fowl were the occasional grouse.

Our original plan was to make it to the campsite on the north side of Range Line Lake to bed down for the night. North of the falls the Sioux-Hustler becomes much more of a goat trail. Although its easy enough to avoid getting lost, the elevation changes, water crossings and tree-fall make for slow going. We were losing daylight when we arrived at Pageant Lake so we decided to call it a day a couple miles short of our goal. In hindsight a great choice. The site was quaint and serene with space for our tent and maybe a second. (This lake is only reachable by hikers so it's totally unspoiled.)

Day two: 13 Miles We arose early to hit the trail. We were making good time and the weather was again cooperating. There are several water crossings on the stretch heading south. We passed the trails for the campsites on Range Line, Hustler, Emerald and Agawato. Each is clearly marked with a stone cairn. Realizing that we had to keep pace to make our goal site on the NE side of Shell lake we decided against making the descent required to access any of the other sites we passed. Another good decision. Although there are many water crossings on this trail, your feet are most likely to get saturated from the trail itself. By day two we were getting fairly proficient at avoiding stepping into the ankle deep puddles which settle into much of the Sioux-Hustler but the occasional swearing outburst usually signaled that the lead man's feet had again gone under. We finished another long day by reaching our destination. The campsite on the NE corner of Shell was accessible via a stomped down trail which flanks the lake adjacent to the water crossing between Shell and Little Shell Lake. This site was much larger with several tent site options. We may put this one on the list for potentials for a future canoeing trip. The night sky was incredible from the granite beach.

Day 3: 9 Miles With rain in the forecast, our final day started at 6AM. We broke camp with headlamps blazing and commenced with several miles of up and down switchbacks and creek crossings. This portion of the trail offers some of the better scenic overlooks on the S-H. We hooked back up with the North-South trail mid-morning. It rained for the duration of our exit day but, with dry shoes waiting in the car, avoiding the puddles on the trail became less essential.

The first humans we came into contact with were on the logging trail that leads to the parking lot. I assume they were hunting quail or grouse outside the park boundary. We arrived at the car just after noon.

In summary, it was a great trip. We averaged around 2 miles per hour. My brother tracked our trip with his Garmin GPS with altimeter which logged a total of 5900 feet of elevation gain! This was, in retrospect, a pretty aggressive itinerary for this time of year. We spent 80% of the daylight hours logging miles on the trail; not that we would have gone swimming had we had the time. The forest was gorgeous. I wish I would have brought a guide book to identify the dozens of species of mushrooms we came across. The beaver dam crossings were ancient and magnificent and I would recommend this loop to anyone looking for a good challenge.

Gear Note: I wore water resistant runners, my brother wore trail shoes and my Father wore Gore-tex mid hikers. Our feet were all fully saturated by each day's end. I'm super happy we brought plenty of good socks and footwear for the evening. A critter devoured one of my soiled socks overnight in my pack at the Pageant lake site. We hung our bags the second night. Good luck. Enjoy! 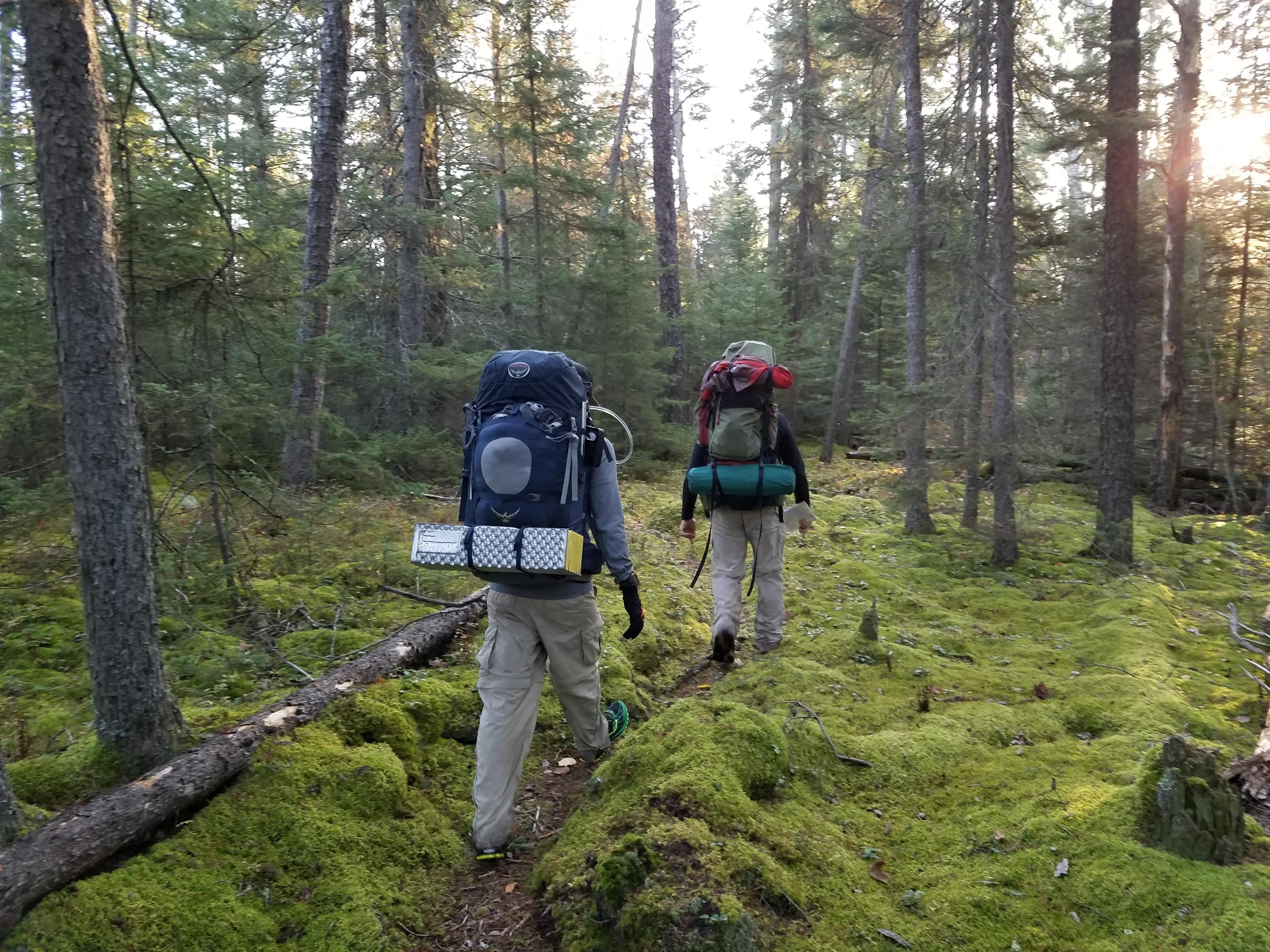 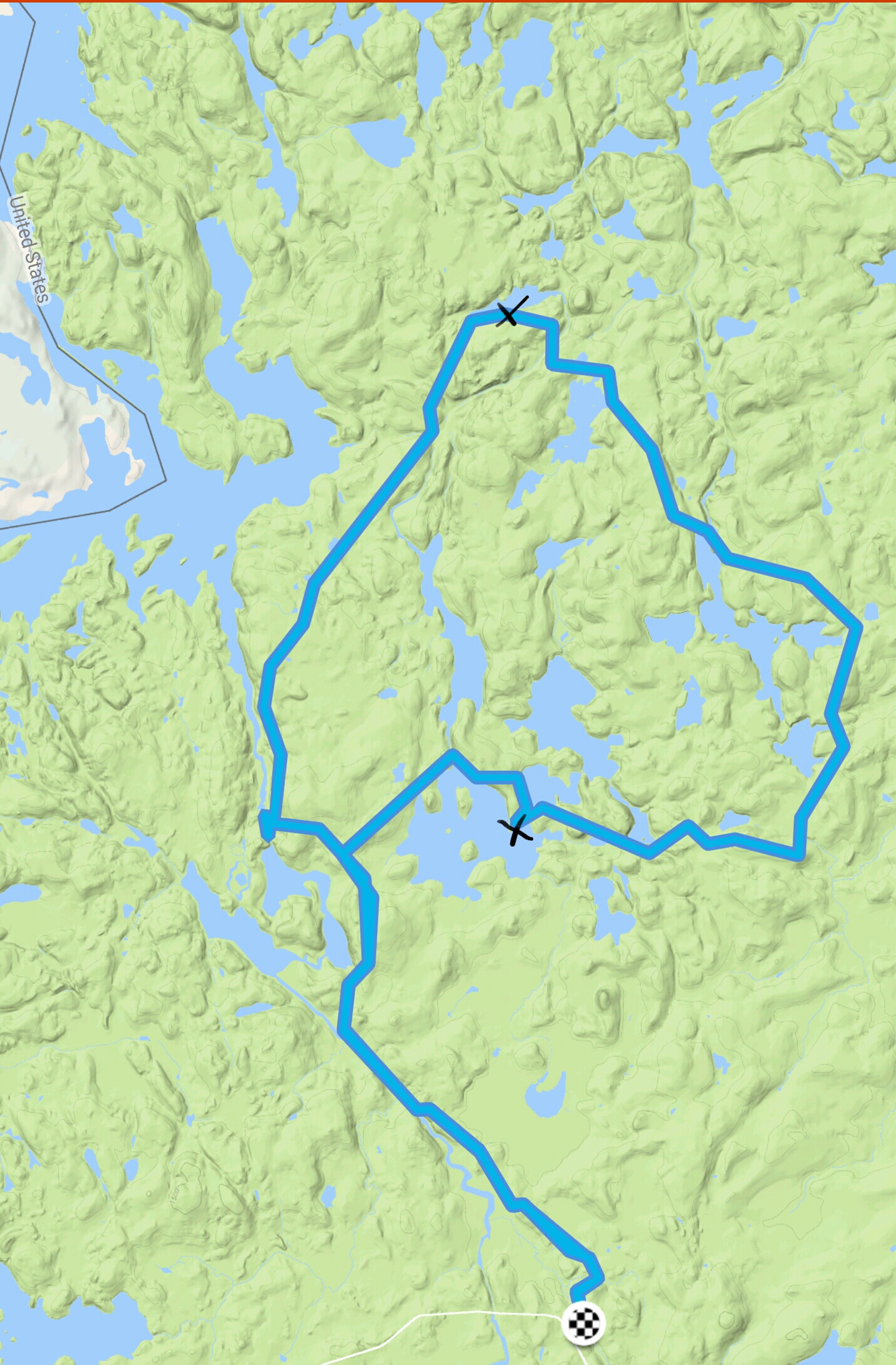 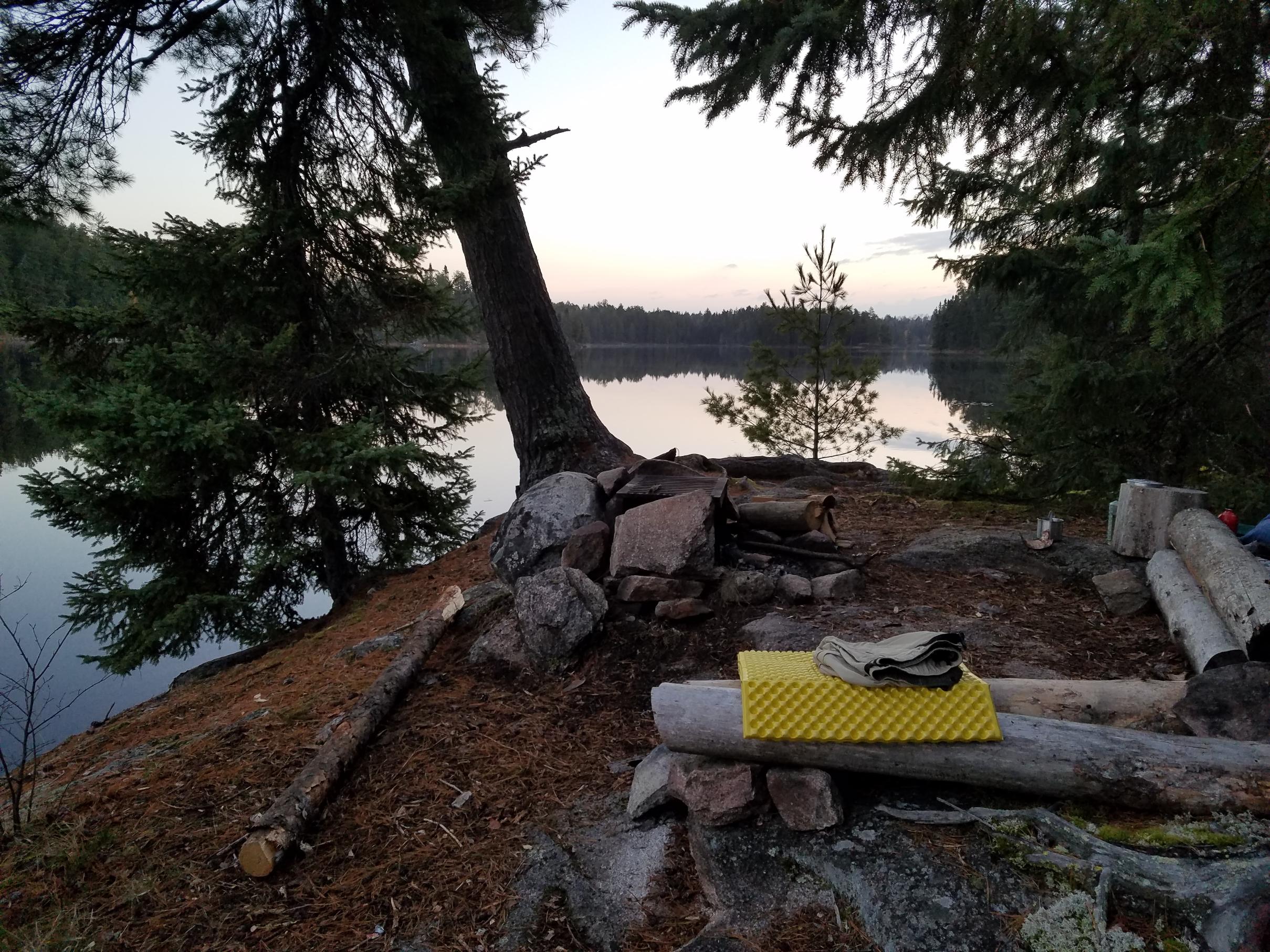