Ottertrack, Knife, and everything in between.
by Trapper7

Trip Type: Paddling Canoe
Entry Date: 09/19/2016
Entry & Exit Point: Moose Lake (EP 25)
Number of Days: 9
Group Size: 3
Discuss Trip: View Discussion Thread (6 messages)
Day 2 of 9
Tuesday, September 20, 2016 We broke camp after breakfast and headed to NE Ottertrack in hopes of getting campsite 1996. If that was taken we would either have to come all the way back or jump over to Ester. Sure enough, the spot was occupied. We asked if they would be leaving today, but they planned on staying for 3 more days. We decided to head to Ester. We settled in at campsite 2008 on the south side of the big island. It was a big open site with plenty of tent pads and hammock trees. It was a beautiful day. I set up my rain fly as a safety precaution but then hung my hammock near the shore the same way I did the night before. Luke S and I then went back to Ottertrack to fish while Luke P took the solo and headed to Hanson. Luke S and I caught 4 smallmouth. We were looking for walleyes but it was still a little too windy for us to be able to stay in one spot and we couldn't troll very well. We changed to spoons and tried drifting in deeper water for some trout but I think we were drifting too fast. I was marking plenty of fish at about the 40 foot mark as we trolled over 60 feet of water. After no luck, we headed back to camp. Luke P arrived back shortly after us. He had a Laker up to the boat and lost it but had 2 smallmouth on the stringer. We had some polish that we needed to get eaten up so we let the smallmouth go. It was a great day. 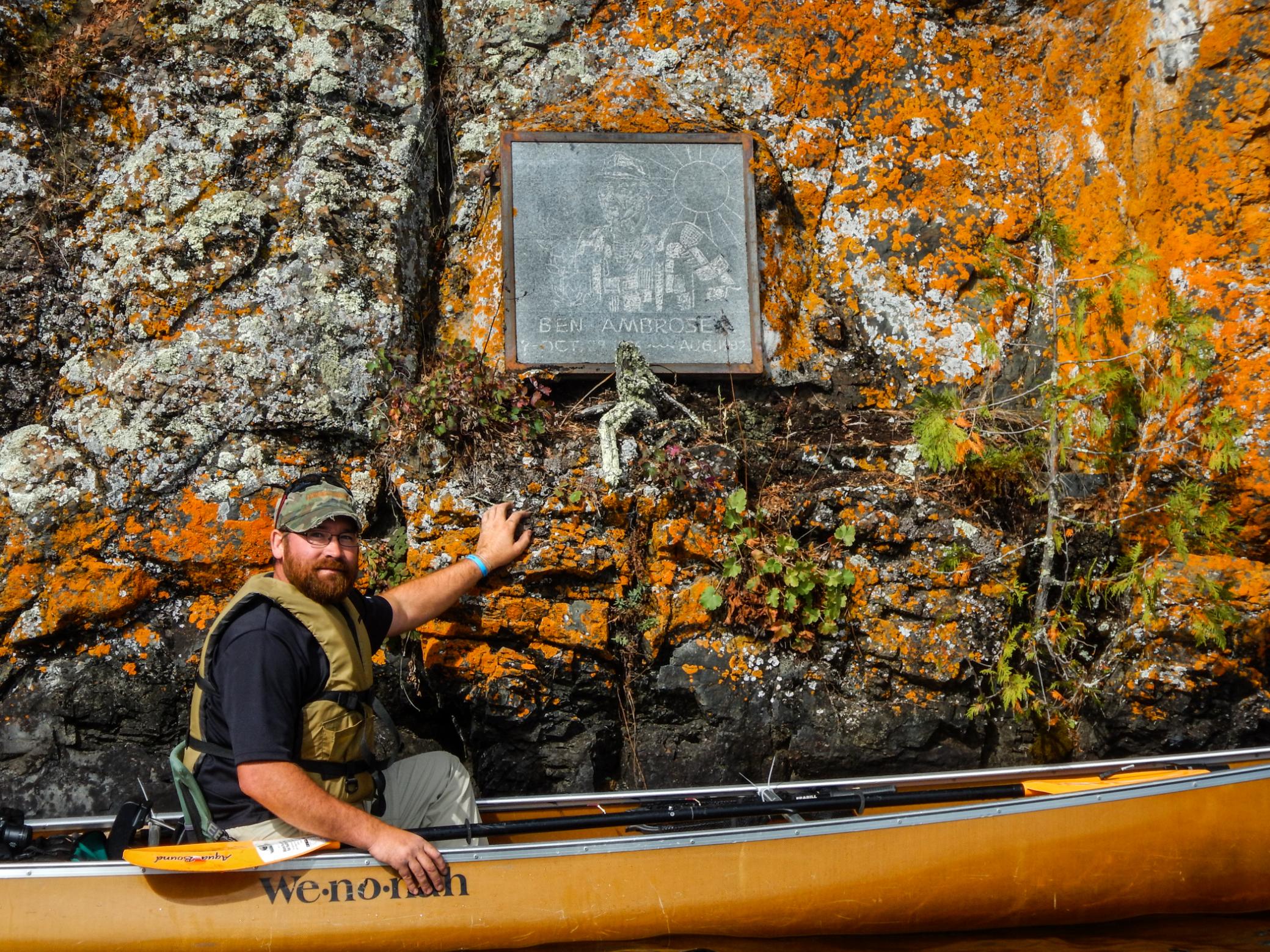