Trip Type: Paddling Canoe
Entry Date: 08/02/2016
Entry Point: Angleworm Lake (EP 20)
Exit Point: Mudro Lake (EP 23)
Number of Days: 5
Group Size: 2
Discuss Trip: View Discussion Thread (5 messages)
Day 3 of 5
Thursday, August 04, 2016 Woke up alive and well after the storm the night before. It was a very windy day. Ron was up before me as usual with breakfast about done. We ate and decided with the strong west wind we would let it push us over to Thunder to fish for the day. We packed our lunch with us and off we went. We caught pike here and there fishing around the shorelines of Thunder. We ate lunch and cast off the big flat rock in the little weedy bay on the west side of Thunder. We saved to pike to be an appetizer for dinner that night. The fun part of the day was when we decided to head back to Beartrap. Yeah, remember that wind that so graciously pushed us to Thunder, well we had to fight it back. It was 3 ft forward and 2 back for over 30 mins trying to return. 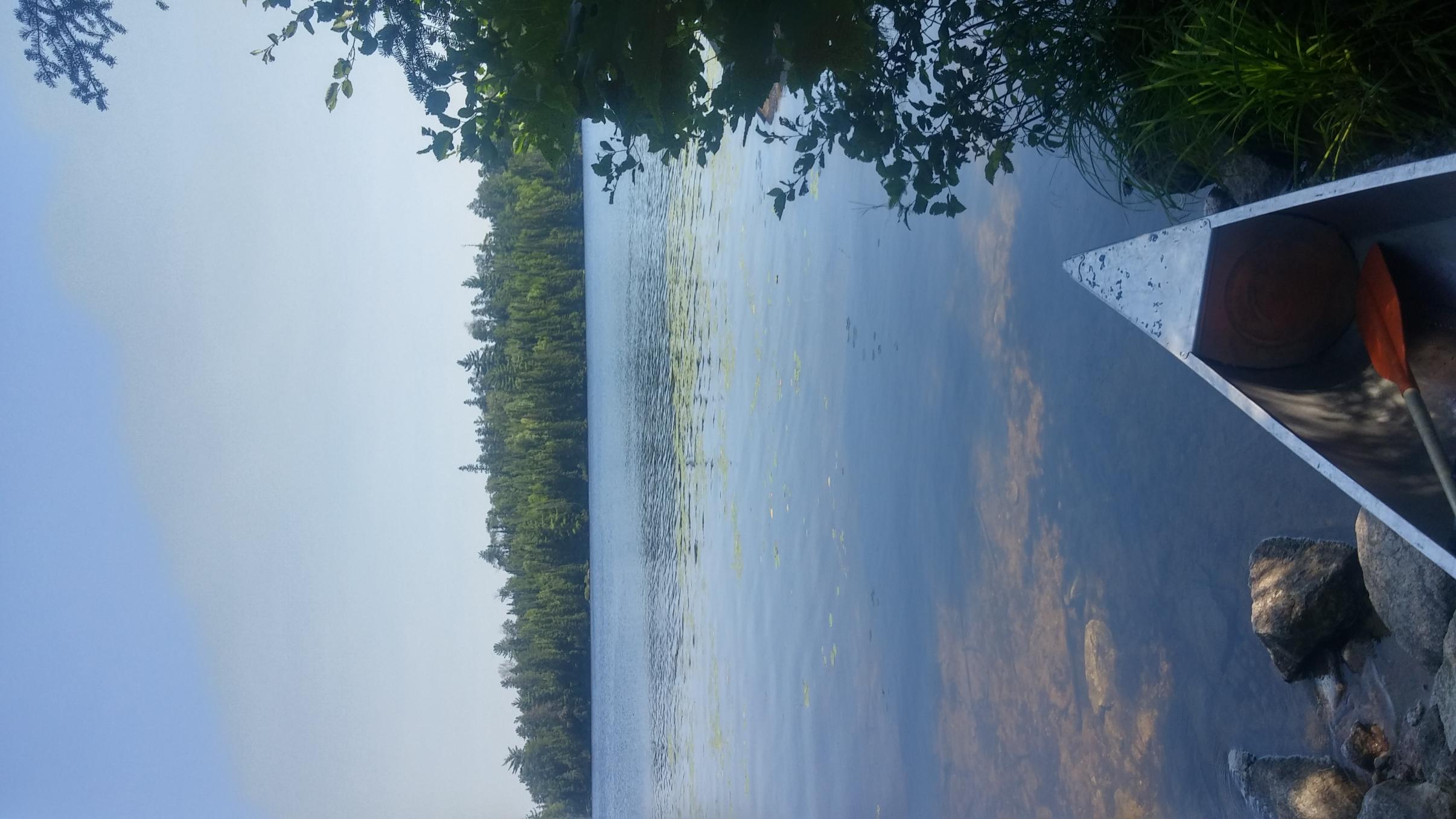 This is a picture of how calm Thunder was with it being out of the wind. We decided to stop on the large island in the middle of Beartrap to take a break and do some shore fishing since we couldn't hold in our favorite spot on the north end of the island. I caught one small walleye and that was it for that spot. We went back and ate an early dinner since we were exhausted from fighting the wind. We had chicken, gravy, rice and peas, one of my favorites after two trips through Cliff Wold's. 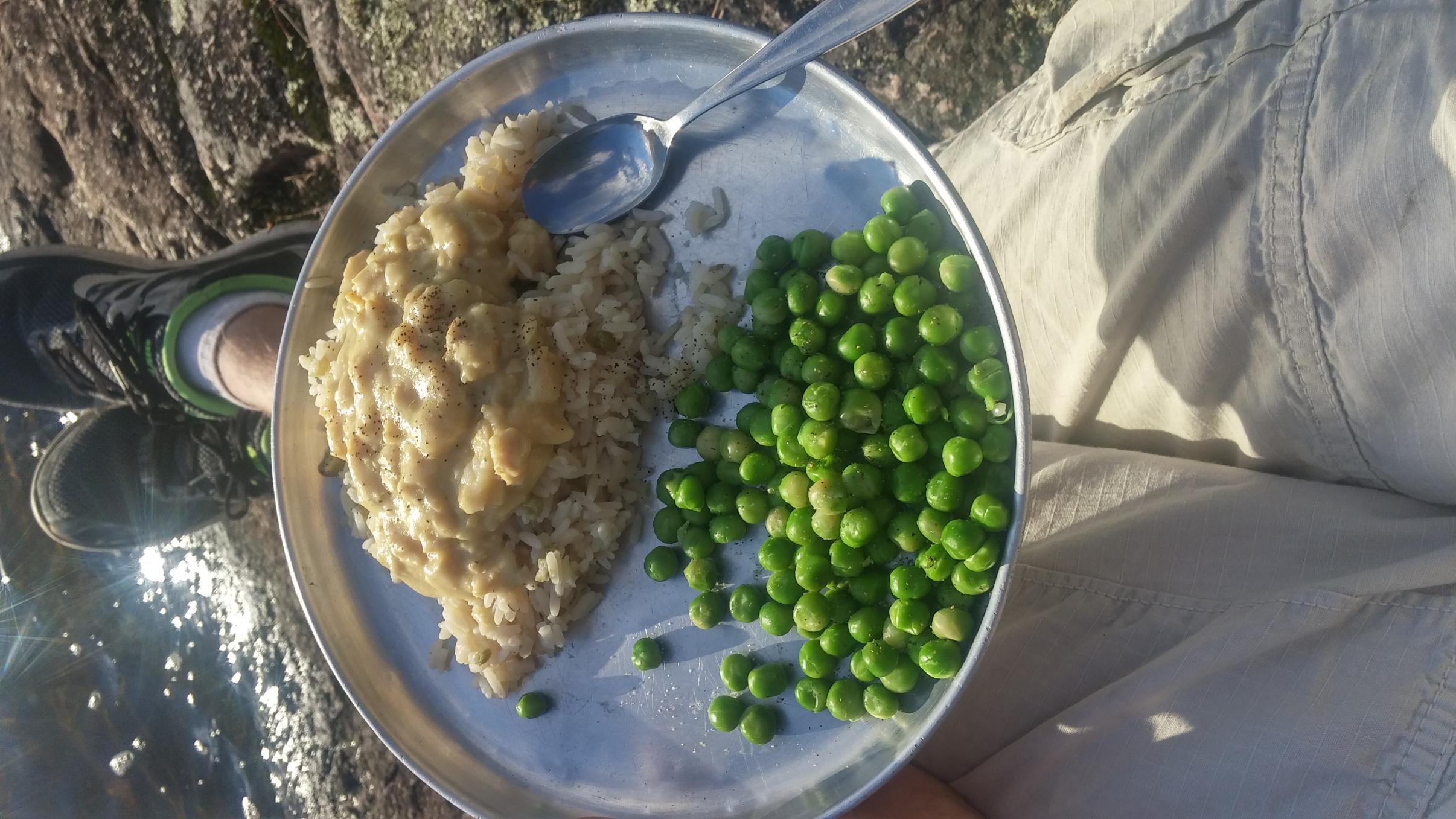 The rest of the evening was spent fishing and exploring the lake a little more. The wind did lay down and made the evening enjoyable. Before going to bed, we took our paddles and placed them on the trail that Pepe had run down. Hopefully this would deter him from trying it again. I think he may have scared himself more than he did us.