Trip Type: Paddling Canoe
Entry Date: 04/21/2017
Entry & Exit Point: Other
Number of Days: 2
Group Size: 1
Trip Introduction:
As cabin fever melts away with the spring snow, thoughts turn to summer adventures. With news of a warm weekend, I did a quick local overnight trip on a whim to work the winter kinks out.
Discuss Trip: View Discussion Thread (7 messages)
Report
On Friday, I saw the weekend weather would be nice and my thoughts drifted to paddling. Once the wife granted me permission to avoid weekend projects, I started throwing things together for a quick overnight trip. This is where it pays to have gear organized. It’s also nice to have a stash of dehydrated freezer-bag meals ready-to-go for just such an occasion.
Saturday, after coffee and granola, I portaged down the driveway at 6:45am. 35degree air temp, but I warmed up fast. Some 200rods later I was putting in to the Mississippi just above the Sartell dam. The sun was just rising, and the still water pooled above the dam was glassy (and dirty with spring runoff, with floating sticks and foam). 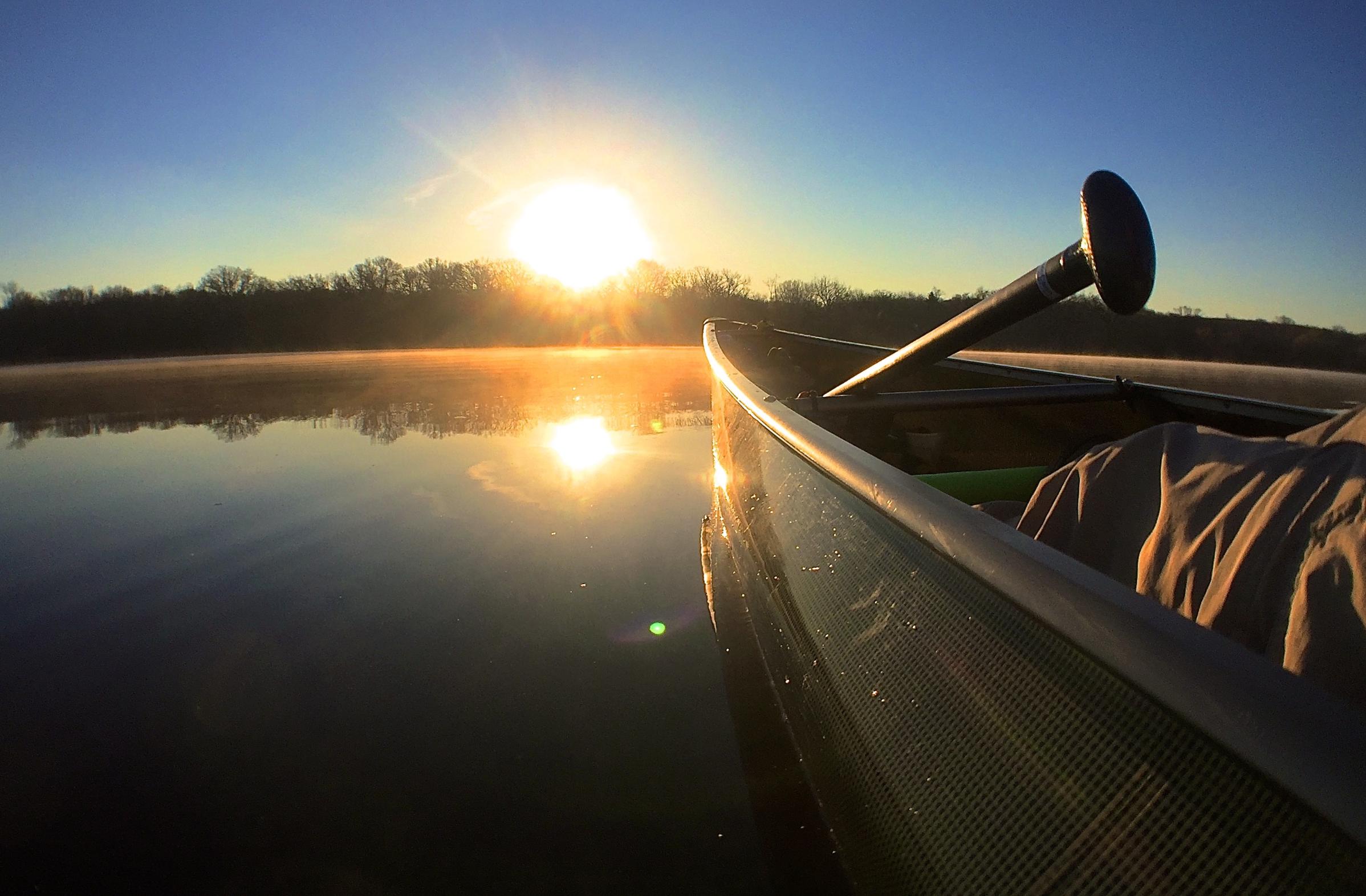 This is my go-to place for paddling workouts, and I know I can go 5 miles upriver and back in about 2 hrs. I’ve not yet explored any further, though. My plan today was to head north until I tired and found a suitable place to camp. The DNR maintains canoe-only campsites and has an excellent map HERE.


The first 5 miles felt great- cruising through the quiet morning. I made a point to drink .5 liters of water every hour- in addition to whenever I was thirsty. This kept dehydration at bay, but I found that I had to pee way more often- which meant finding a suitable place to pull over. The banks here are lined with mostly really beautiful homes- so this is tricker than it seems. Next time I’m bringing a pee bottle. At 9:30 the breeze started (headwind, of course) and would increase throughout the afternoon.


I stopped at 10 miles at Mississippi River County Park to refill water at the hand-pump well. I was starting to tire, and perhaps had been pushing too fast. There is a campsite here, but it was only 10:30 with a lot of day ahead of me so I headed on north. Only by stopping did I become aware that the current had picked up. The river from here up to the Blanchard dam is shallower, with a steeper drop. I had failed to check the river flow, and later learned that it was 60% more than normal. Nevertheless, I paddle on. The river north of the hwy 2 bridge is more rural- land is mixed hardwood forest and farmland, but because its been flowing since the last ice age- the banks are pretty steep. I marveled at the rickety-looking stair/dock structures that had been constructed, and how the river had mostly re-claimed the bottom 5-10 feet of each one. The next camp was Seven Islands, at about 20 miles. 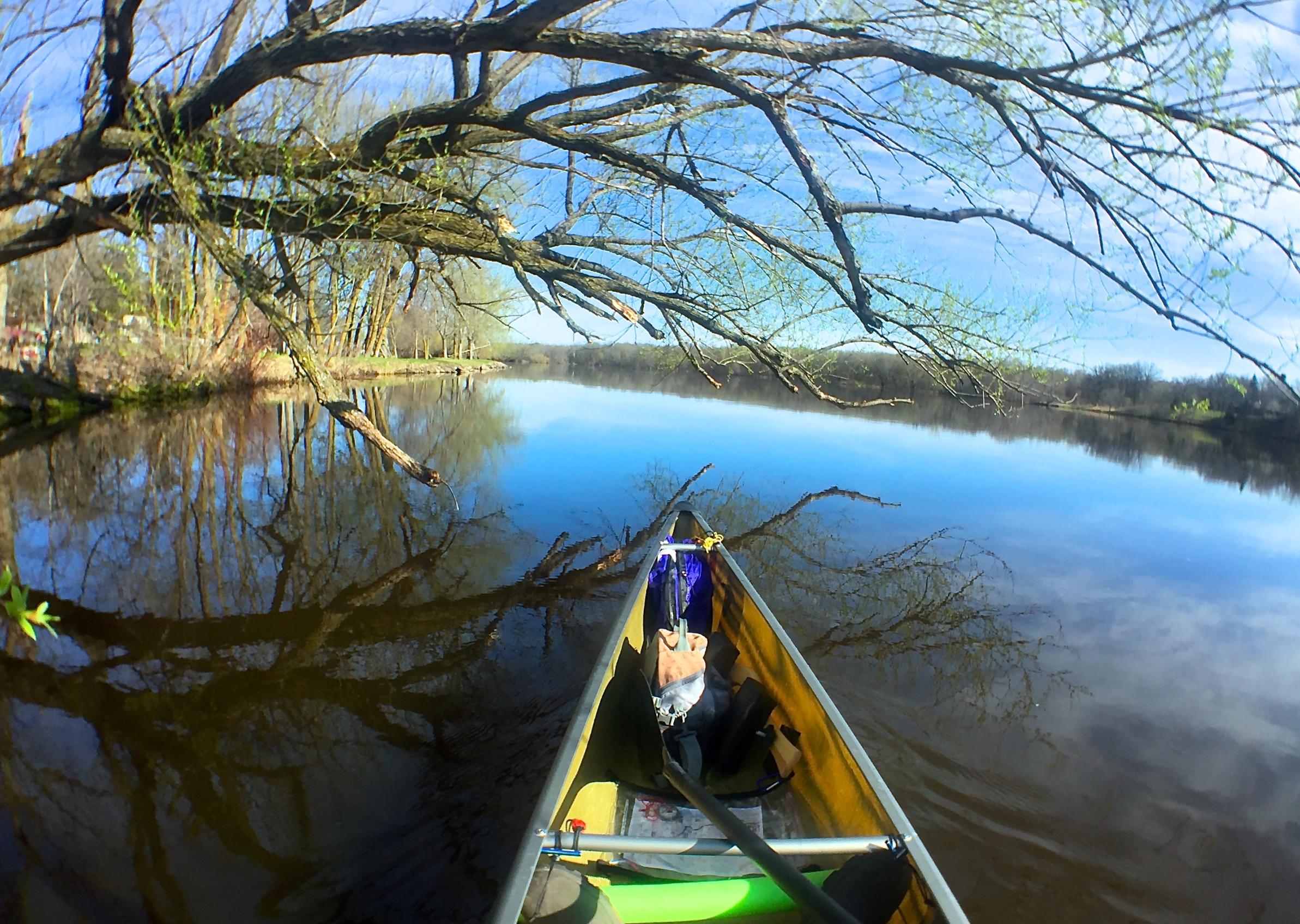 I eventually made it, but at times thought I couldn’t. The second 10 miles took me twice as long as the first 10- It became extremely difficult to make progress upriver. I quickly resorted to paddling 10’ near the bank to stay out of the main flow. I had to creep up the inside edge of any bend to stay in the slackwater- ferrying across the channel- even with a strong paddle effort- would loose me 50-100yds of progress. Rest breaks were frequent. Any gusts of the headwind were killer- and a few times I was sent backwards even with full-on effort. I’m pretty happy I didn’t hit anything or break my paddle. It was exhausting. I took this video during a rest, because I thought I might not get any further(this was still four miles from camp):

Camp was made just before 4pm. It was now a sunny 67degrees- a real beautiful day. The campsite is on a small island and It was apparent I was the first person to camp there this year. I changed clothes and went about setting up the hammock. Dry clothes are amazing. No mosquitos this early, but I imagine that this would be a pretty buggy place in the summer. Found 3 ticks crawling on me and so I ‘felt’ them all night long. My pants, but not other clothes, had been permethrin treated last summer, but I hadn’t had time to treat anything before this trip. No bites that I know of though. I was exhausted and just lay in the hammock for an hour or so- *almost* fell asleep. Freezer bag peanut pad thai for dinner. Enjoyed a sip of bourbon and some trail mix as I watched the sun set. Green tea before bed, and asleep by 9.

Awake at 6, with maybe a handful of raindrops on the tarp- no true rain and everything stayed dry. 38degrees temp this morning, and cloudy. Made coffee without getting out of the hammock. Hot blueberry granola for breakfast, and back on the water by 7.

The wind had changed overnight and was now from ENE- so mostly to my left side; but around some bends I again had a headwind(of course). But also sometimes a tail wind. What took almost 9hrs the day before now took only 3 as I flew along with the current. I had a gps app running the whole time, and by comparing stats upriver/downriver, I could estimate current speed for different sections of the river. My lesson was clear: river paddling is a different animal.

I was at home in the shower by 11. Overall it was a great last-minute getaway, and somewhat of an endurance test. I wore full-finger biking gloves, but ended up with four blisters on my hands, none of which opened up. From the waist up, my muscles are wrecked- but ready for summer season. 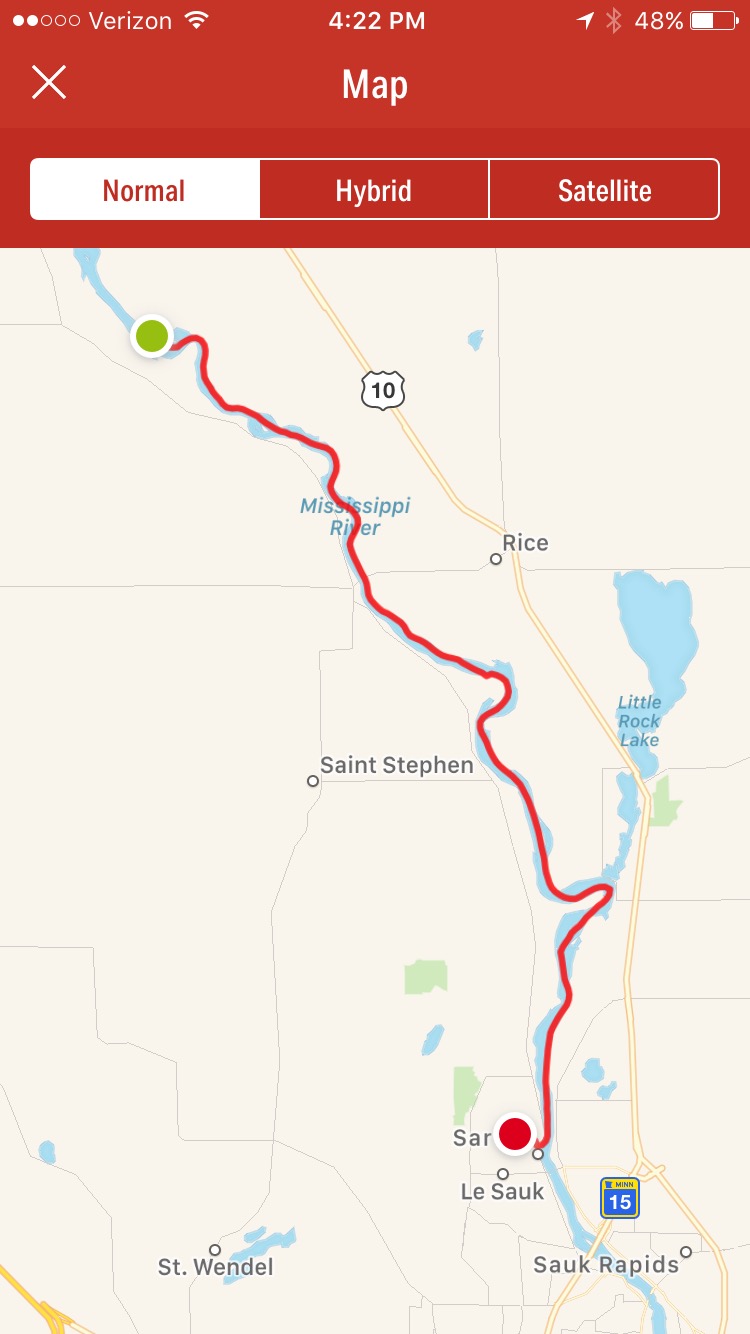 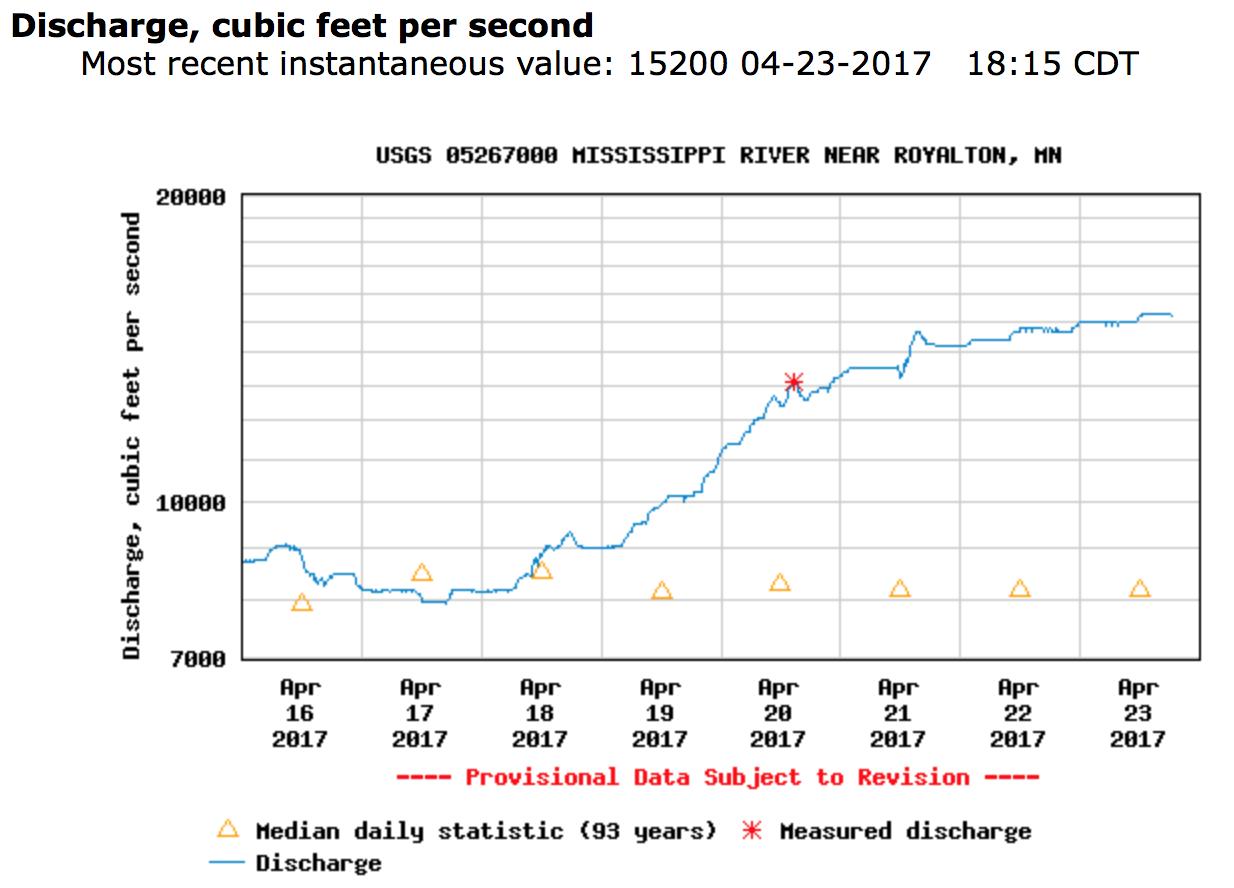