Stuart River Loop June 2017- me and my wife
by GopherAdventure 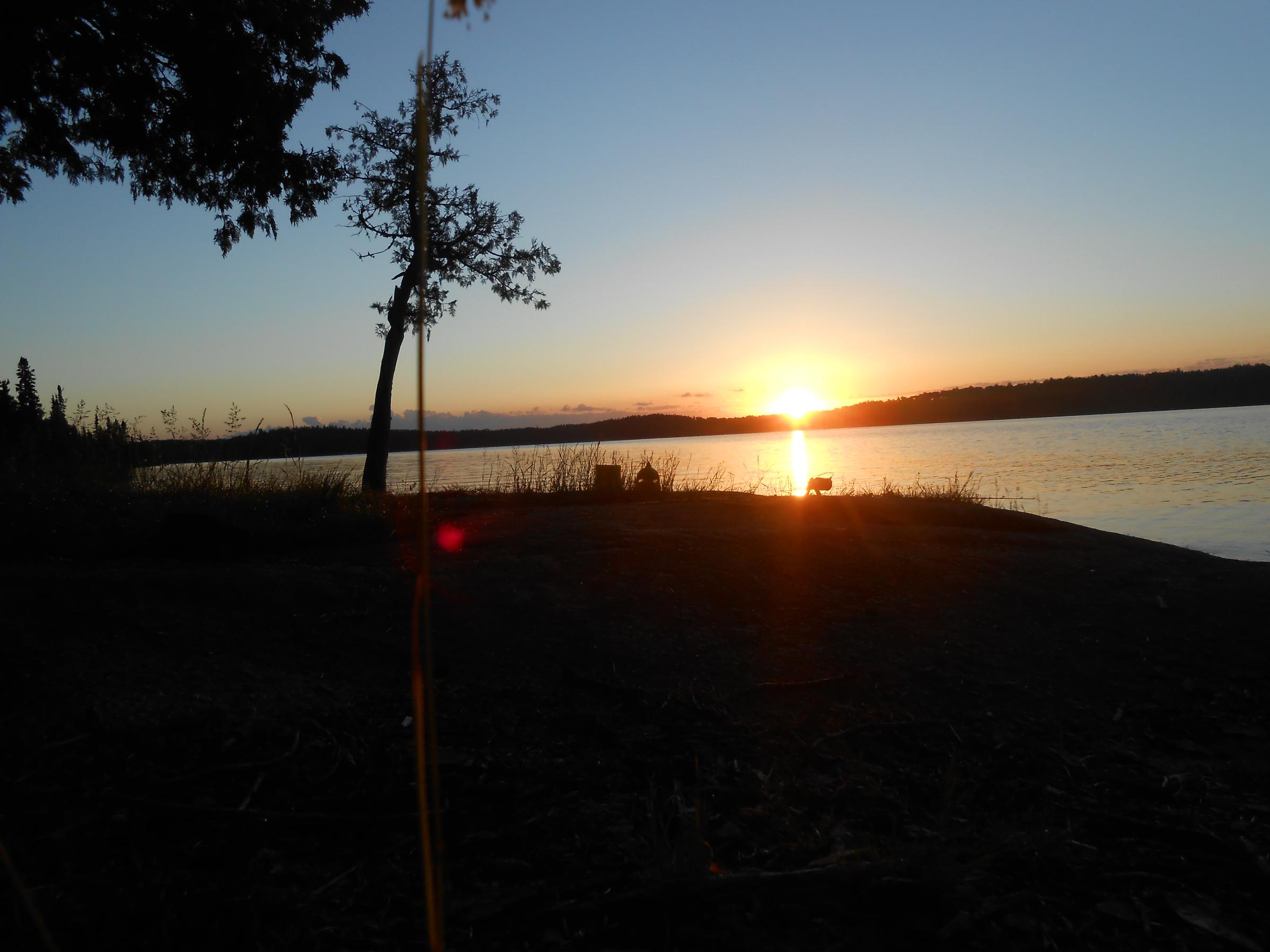 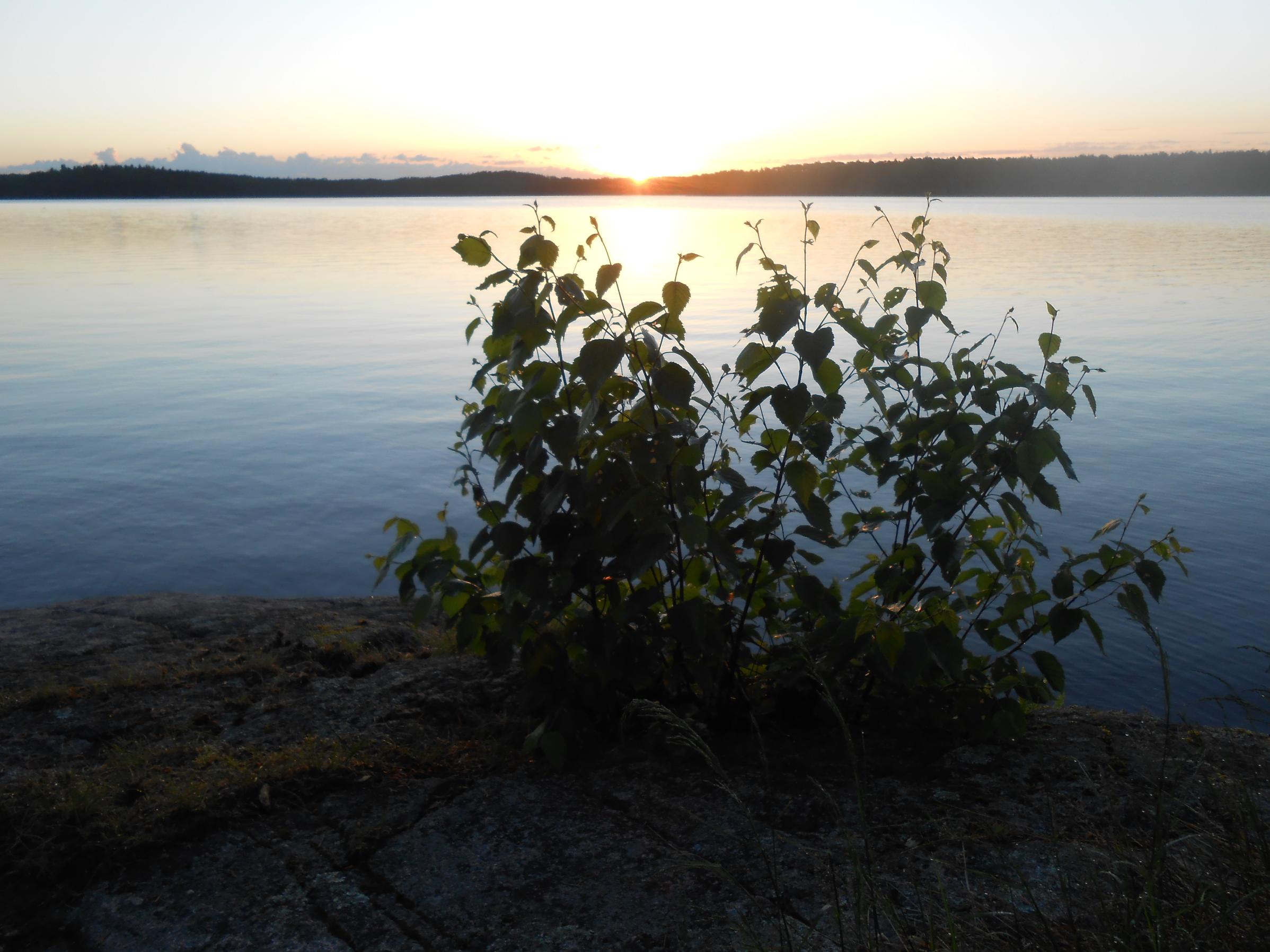 I heard Sara stirring so I got some coffee going and that was the perfect start to the morning for us both. We had Starbucks Via instant coffee and I must say, it was awesome. After breakfast of oatmeal, we started to break camp because we wanted to get to Iron Lake today, but also wanted to do a side trip down the western portage to the Dahlgren River as I've heard it's one of the most beautiful portages in the BW ending at a pretty waterfall. The old growth pines along this portage are majestic, it's really quite surreal walking this portage and you really have to stop yourself from staring up at the trees as you hike (I almost took a digger staring up while hiking, lol). We got to the waterfall and took some pics and video and it left me wanting to come back here some day and paddle up the river to try and make it to Batista Lake, but that will have to be a future trip. 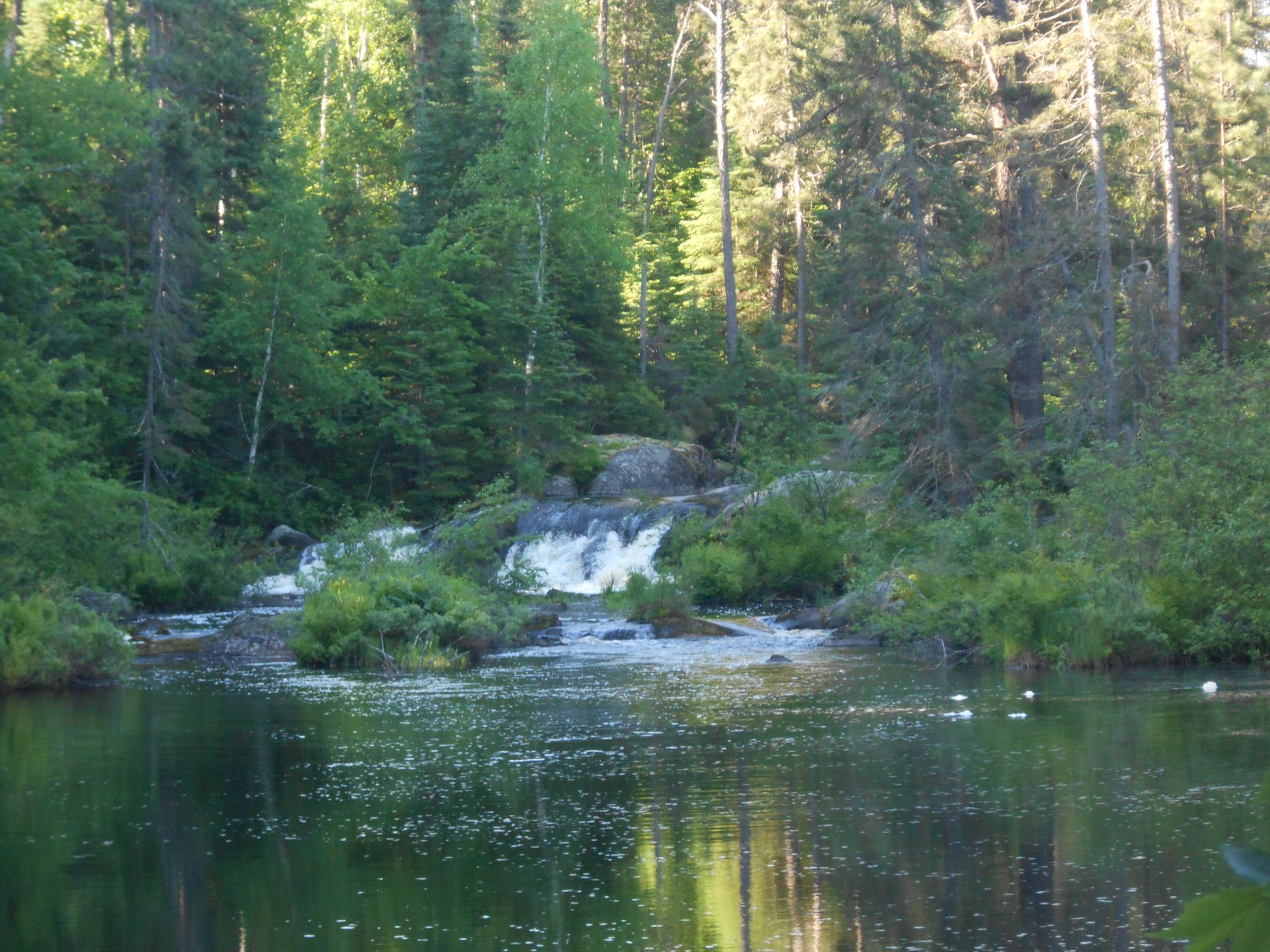 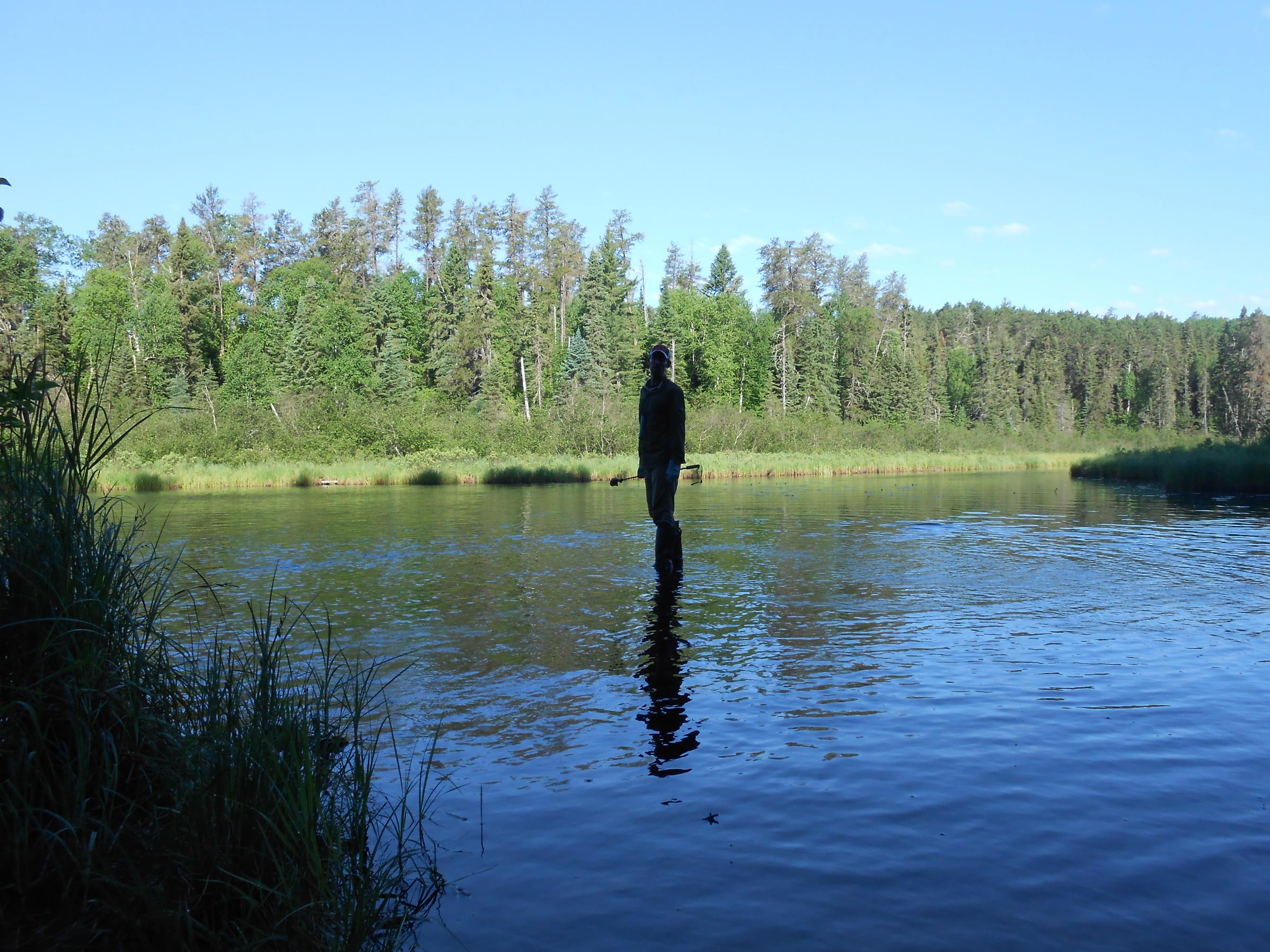 We headed across Stuart to the east to find the 320 rod portage into Fox Lake. This portage had a little of everything, hills, swampy lowlands, muskeg, lots of downed trees (at least 8 or 9), and a washout where we had to float the canoe across and find another path over a downed tree to cross. Fox Lake was nothing to write home about, then we did an easy portage over to Rush Lake. The campsite on this lake is on an island, at the top of a hill, gorgeous looking site. I've noted this campsite for future trips as it looks like a gem. The portages into and out of Dark Lake were easily handled and seeing Iron was as awesome as always. We ran into a guy who said he had just left the south island campsite nearest Peterson Bay, which I've stayed at before and liked it, and sure enough it was vacant so we took it. The guy we had run into had told us that someone had cut down a live tree in camp, but what we saw was at least two 5-6 inch diameter trees taken down right in camp, numerous others hacked away at with a hatchet and a couple of other smaller trees cut off as well. I didn't get any pictures, but I took some video which I will show in my video report which I will attach when completed. We decided to stay despite the violation of LNT camping principles and we set up and fished Peterson Bay in the afternoon. Sara caught a nice 20" walleye and I pulled in about an 18" and that was dinner for the night so we headed back to camp where we enjoyed shore lunch, with some Knorr rice with rehydrated carrots. A little crystal light with caffeine to wash it down and a Pearson's Salted Nut Roll for dessert... heaven in the BWCA! We traveled over to another favorite fishing spot of mine and I hauled in two big smallies and Sara hooked a couple of big walleyes, but we had already eaten so they were returned the dark waters of Iron Lake. We headed back around 8 and retired shortly after dark and rolled the rainfly back to watch the stars...sleeping in a thousand star hotel. ~Stuart Lake, Fox Lake, Rush Lake, Dark Lake, Iron Lake