From Lac La Croix to Basswood via Argo, Ted and Robinson
by cburton103

Trip Type: Paddling Canoe
Entry Date: 06/15/2017
Entry & Exit Point: Quetico
Number of Days: 4
Group Size: 2
Discuss Trip: View Discussion Thread (7 messages)
Day 2 of 4
Friday, June 16, 2017 Eleven hours later we woke up to a much windier day on Argo. Probably 15mph winds pretty consistently. Had our chocolate chip pancake breakfast and slowly cleaned up camp and got on the water around 11 am or so. 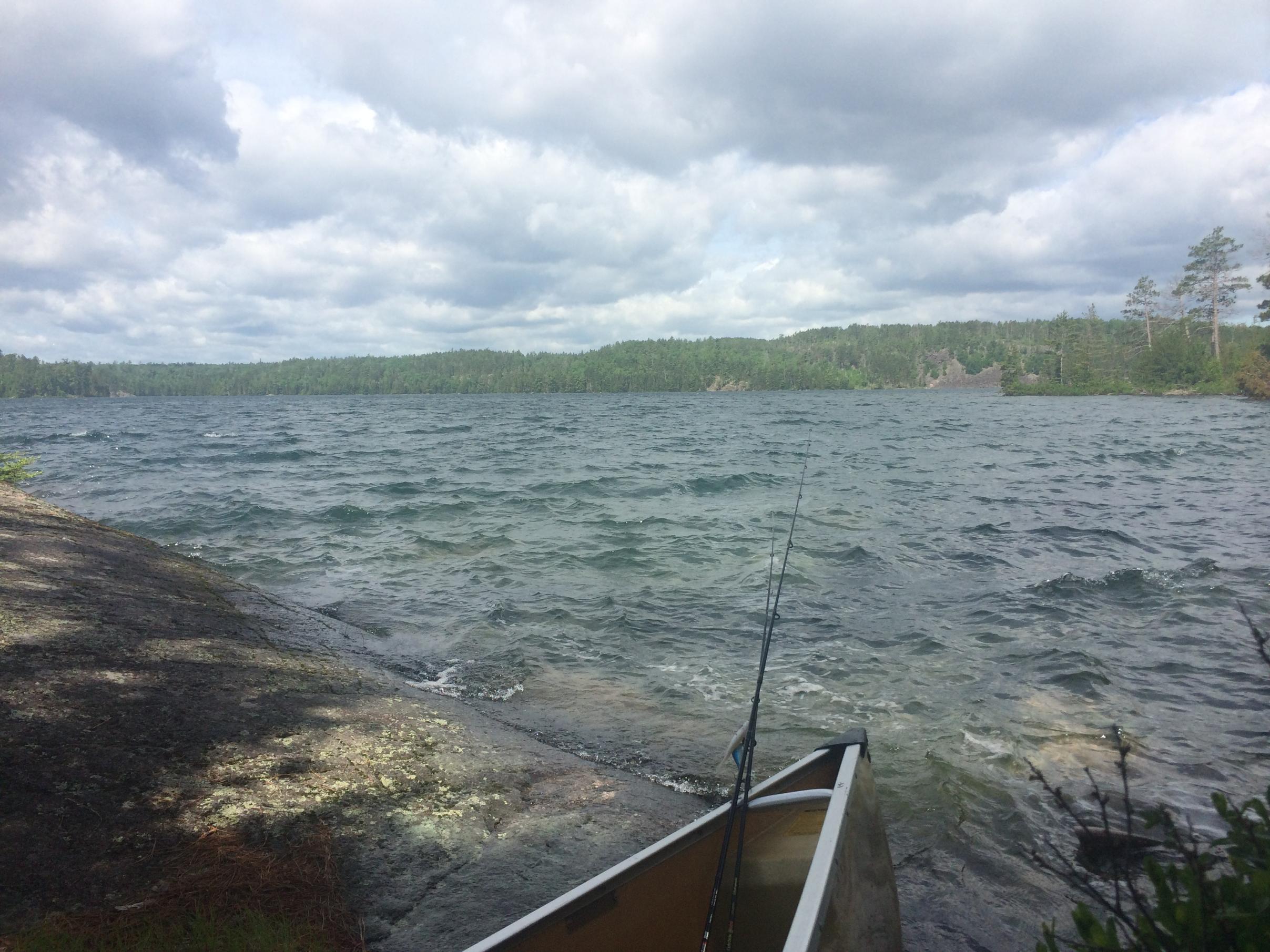 We caught some small male bass along the shoreline using Zulus. We kind of figured we'd need to go deeper for bigger bass post spawn, but Zulus are just so much fun to fish that we waited a couple days to wise up. In open water between Birch Island and the main peninsula on the northern shore of Argo I hooked up with what felt like the laker of a lifetime using a large purpledescence deep taildancer. The wind was blowing us towards the portage in the northeast corner of the lake away from the fish and I was barely making any progress on the fish after about 5 minutes. I had my buddy paddle us back towards the fish and I started gaining on it. When I got it up to the surface maybe 5-10 minutes later I saw that it was a nice laker, but that the second treble hook was stuck in the gill cover and just made it feel extra heavy. Probably about a 24-25 inch fish and very healthy, maybe 5-6 pounds. Took a photo and released the fish, which swam back into the depths of the clear, blue-green lake. 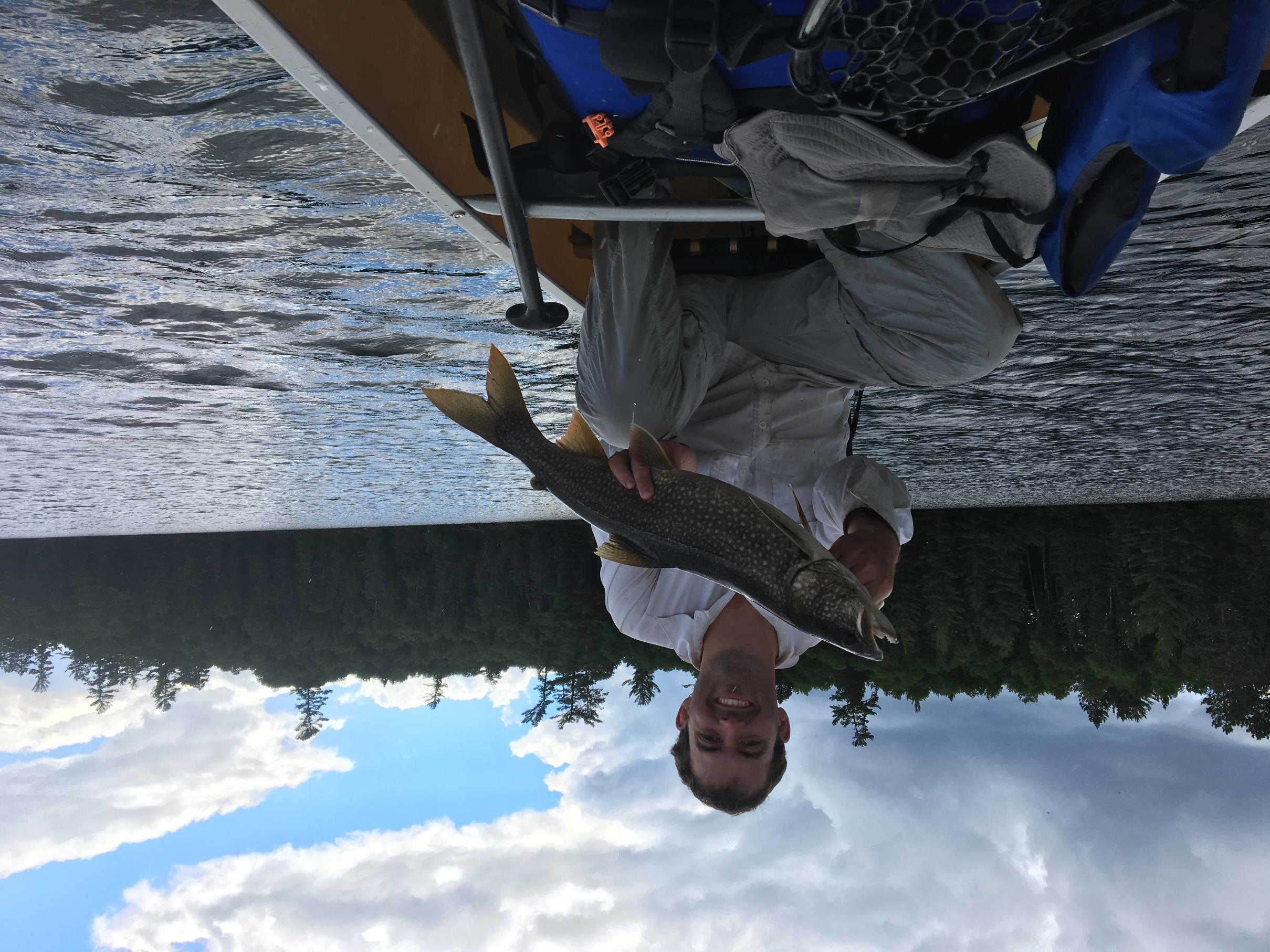 I hooked up with another smaller laker of around 20-21 inches after another few minutes of trolling. We didn't catch any more fish trolling to the portage into the unnamed lake before Cone Lake, but we were surprised to see 3 large underwater humps come within just 5-10 feet of the surface to the northeast of Birch Island and just off the northeastern main shore of Argo. I picked up another laker around 23 inches in the unnamed lake before Cone Lake on my deep taildancer. I trolled another loop around the lake with no luck while my trip mate switched his little Cleo out for the 20 foot version of the same lure I was using (I was using one size up which is supposed to troll around 30 ft). No luck on the second pass.

As soon as we started trolling through Cone we began some excellent laker fishing. We caught one fish every pass, but never managed a double. The final count was either 6 or 7 lakers between 23 and 27 inches. We kept one of the smaller fish and one that was between 26 and 27 inches because one hook got the fish pretty good in the left eye. We'd have preferred to have kept a smaller trout, but we didn't see a point in releasing a fish with a badly injured eye if we were planning on harvesting two trout anyways. Subsequent trout were photographed and released. We found the portage into an unnamed pond behind a large fallen tree at the shoreline. The portage landing was incredibly rocky, and it was difficult to navigate the rocks and all of the fallen tree's branches with our gear. I filleted the two trout while my trip mate portaged the gear. The bugs made me wish I had portaged the gear instead of filleting the fish! 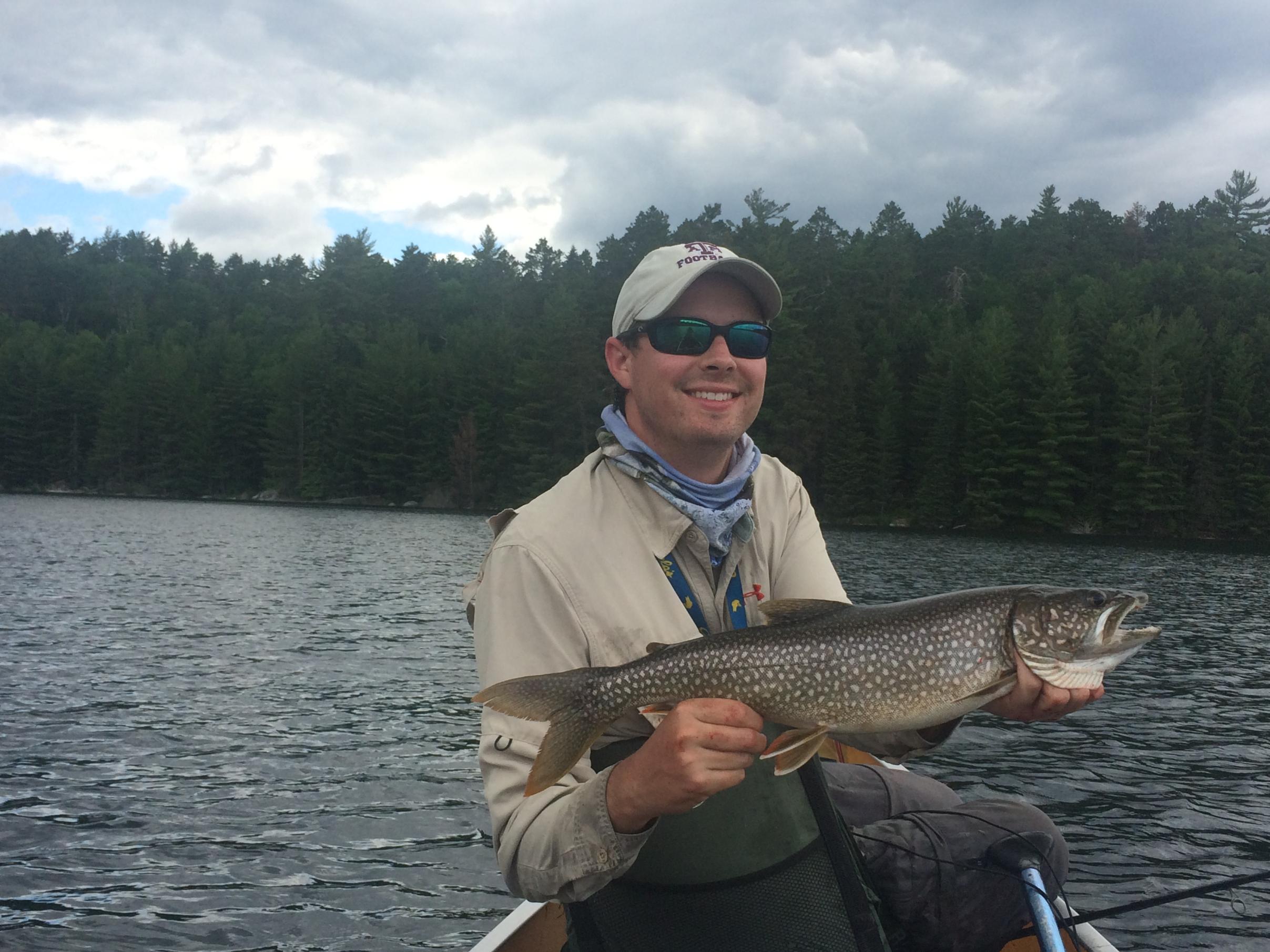 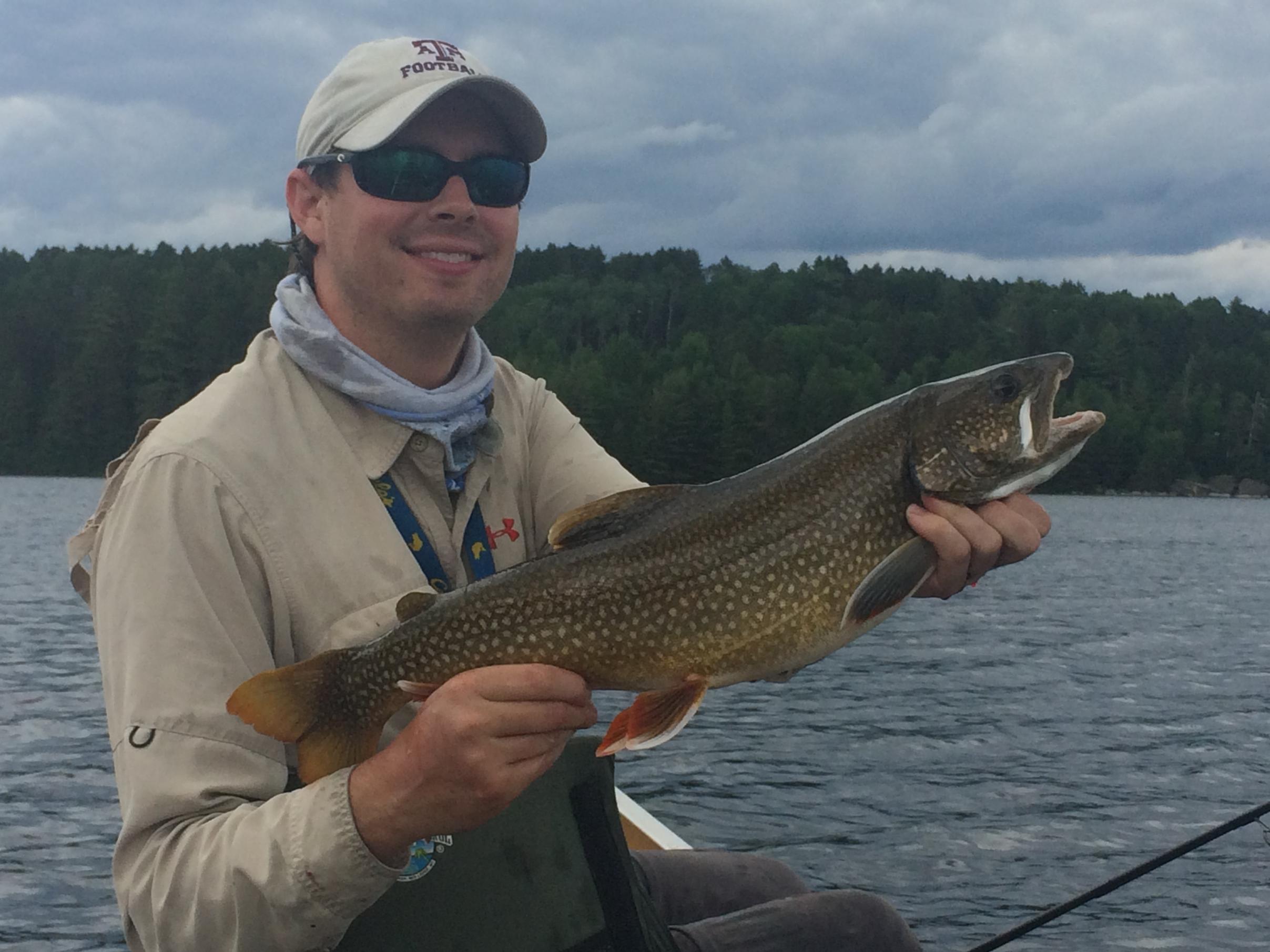 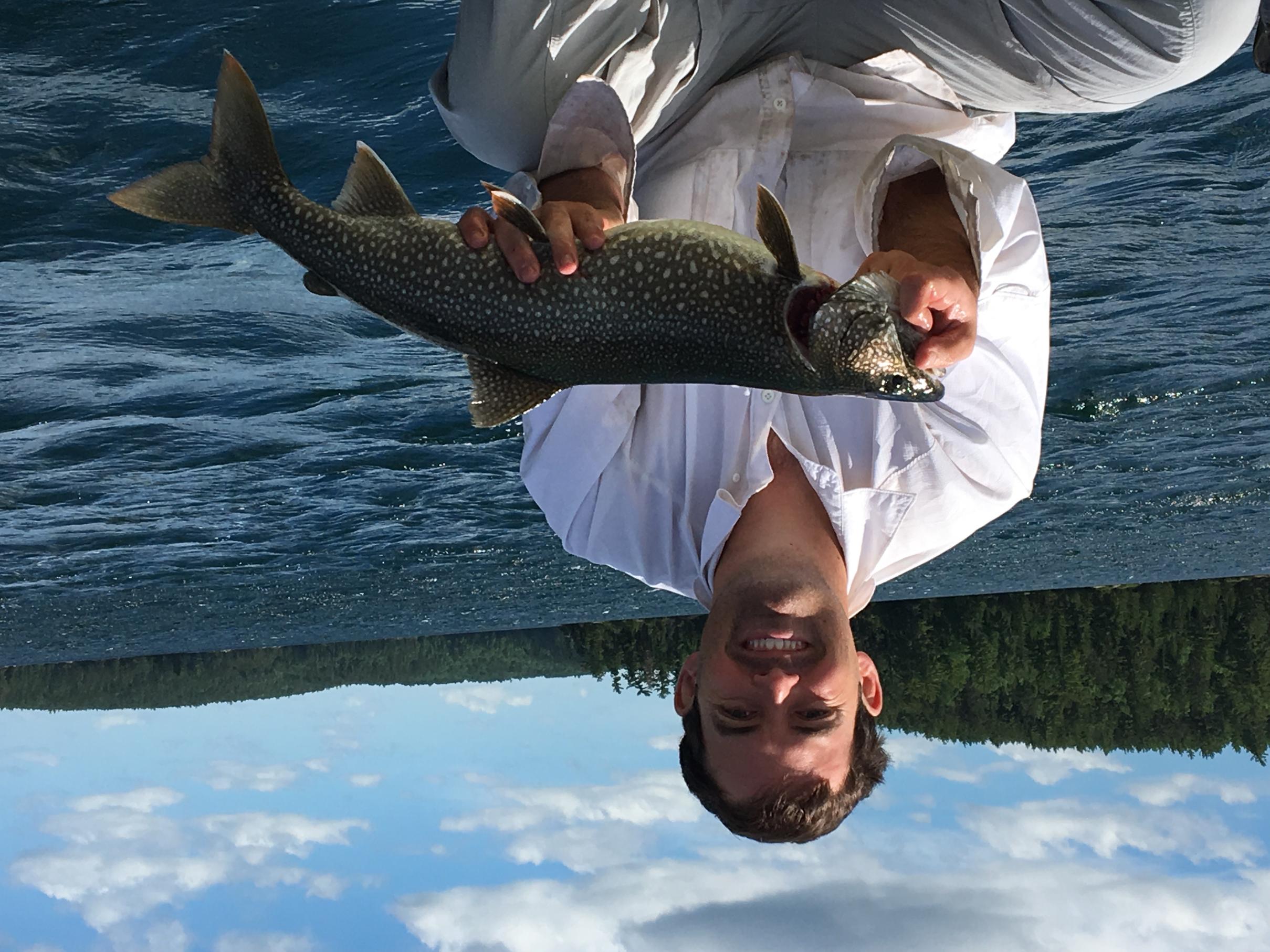 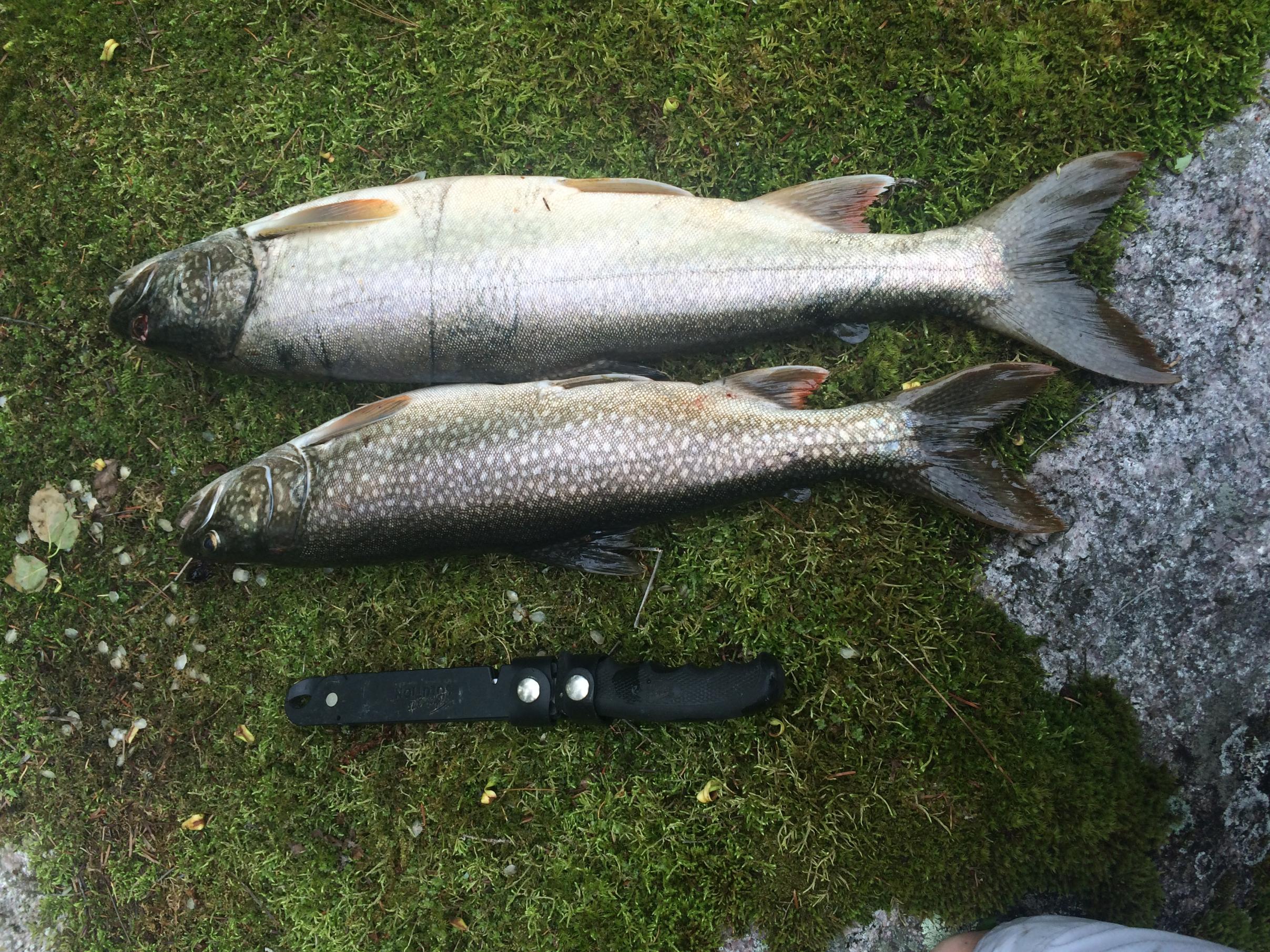 We quickly passed through the unnamed pond and into the small bay on the north side of Elk. We encountered our last group here (a tandem and a solo) that we would see for the next couple of days. We fished the northern shoreline of Elk on the way to the portage to Hurn with Zulus. Probably caught 8-10 small bass under 13 inches, and my buddy caught one nice smallmouth in the 19-19.5 inch range. 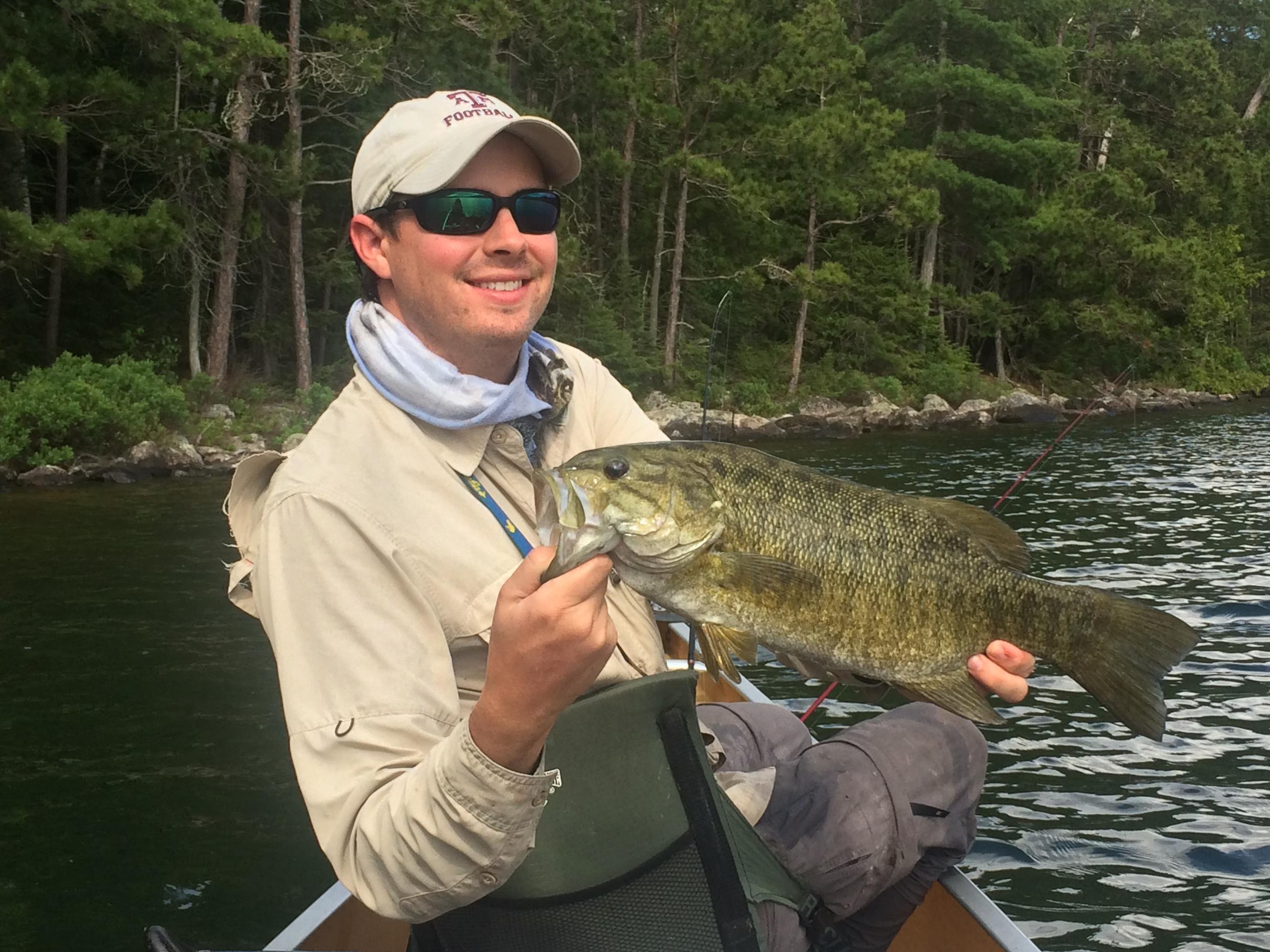 We paddled through Hurn without trolling and enjoyed the exposed, rocky cliffs of the northern shoreline. We trolled through Ted on our way to the message jar campsite, and I picked up one 23-24 inch trout. It flopped pretty good while I was unhooking it and stuck me with one of the hooks. Not very deep, but it made me appreciate having crimped barbs being this deep in the wilderness. Fortunately I got the hooks out of both me and the fish before he did any more flopping and released him back into the lake. We were still pretty exhausted, so we took the open message jar campsite since it was close to our portage the following morning. We enjoyed another nice fish meal with the two trout from Cone, and sipped some adult beverages to a perfect sunset enjoyed from our home for the night. No small miracle, the bugs were barely a problem and we stayed around the campfire for a couple hours enjoying having the whole lake to ourselves. 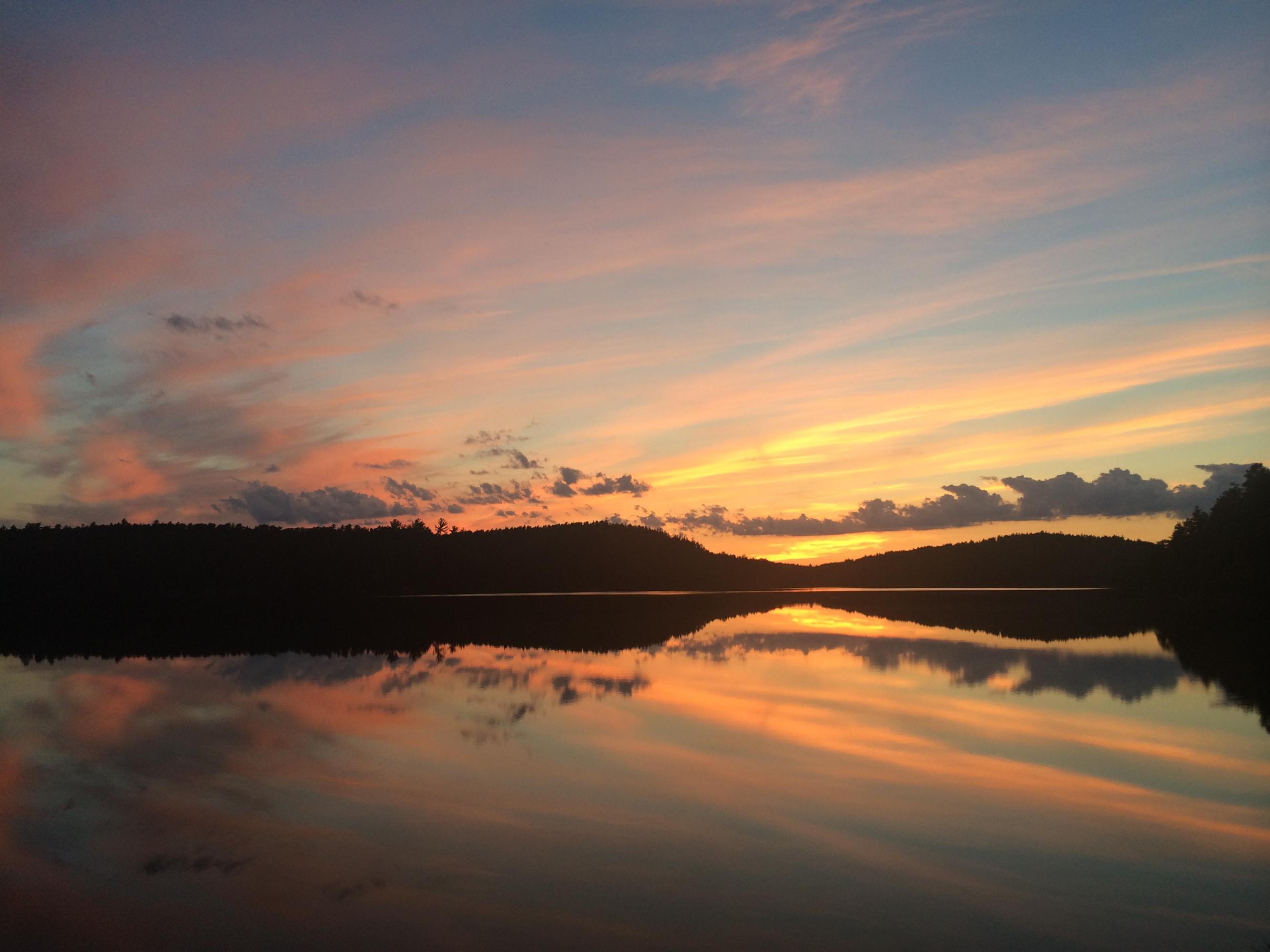 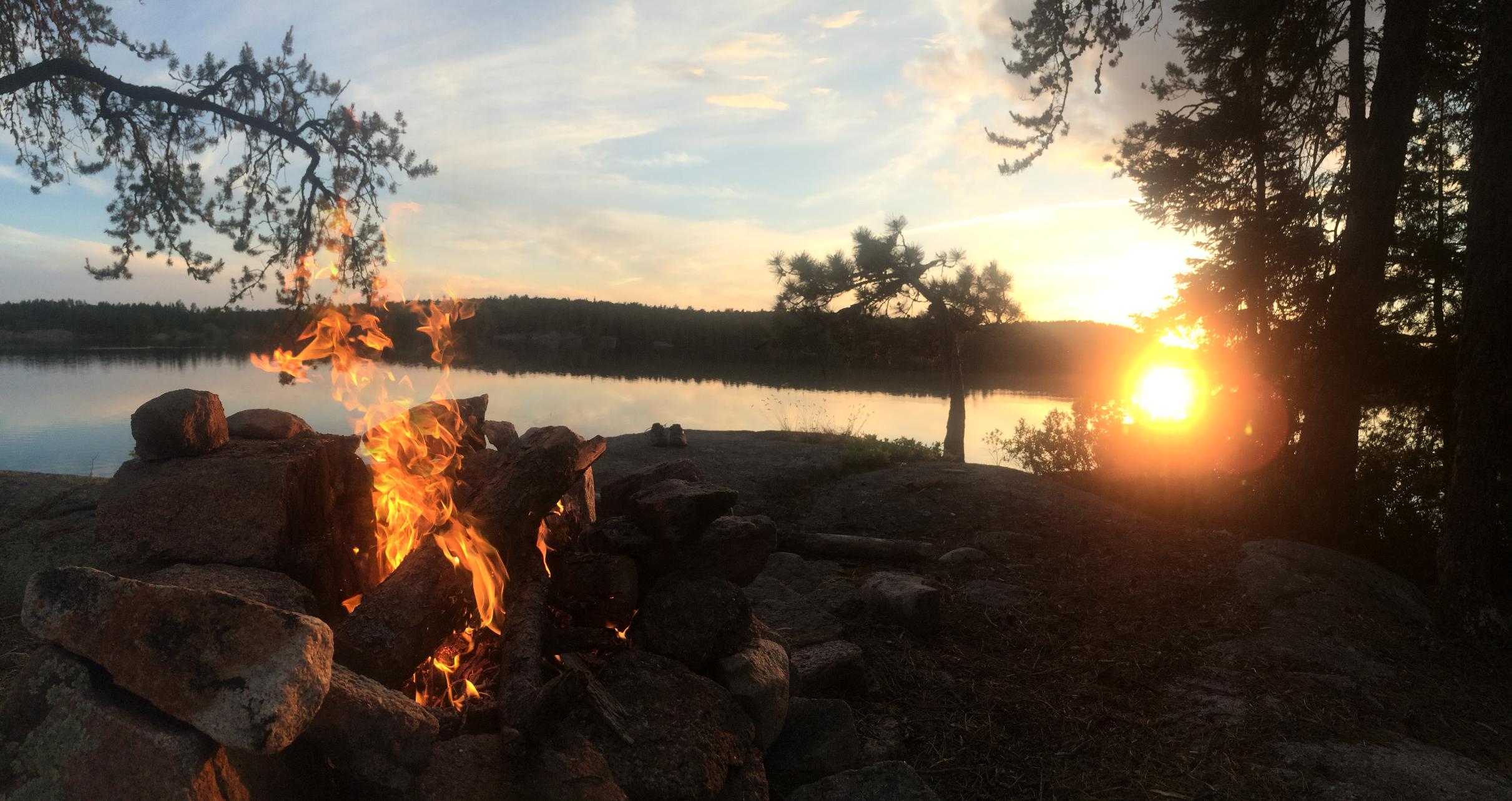