Trip Type: Paddling Canoe
Entry Date: 05/25/2006
Entry & Exit Point: Crab Lake and Cummings from Burntside Lake (EP 4)
Number of Days: 4
Group Size: 4
Trip Introduction:
Originally, this trip was supposed to just be me and my friend Drew but after planning the trip two other friends decided to join us. It would be my fifth trip, Drew's second, and the first trip to the Boundary Waters for Jet and Brandon. I picked Crab Lake as our entry point because despite the mile entry portage, it offered a good opportunity to get some seclusion and had some good out and back routes. The plan was to paddle to Cummings Lake on the first day, camp for two nights, then come part of the way back to Crab to camp the third night and head out from there the following day. We left the Twin Cities Wednesday afternoon and got to Ely around 11:30. Playing the poor college student card, we tried to barter with Mr. Patel at the Super 8 over the price of the hotel room because we were only planning on being there for about five hours. Patel didn't appreciate our efforts and we ended up staying at the Lakeland Motel.
Day 1 of 4
Thursday, May 25, 2006

We awoke around five and got our things together before making the first trip out to the Burntside public access to drop off my canoe before heading back to the outfitter to pick up the second. Our second canoe was already waiting for us at the public access so we dropped off all the gear and Drew and I headed back to Voyager North to pick up our permit and some paddles. The weather was low 70s, little wind, and clear skies.

We were on the water by 7am and reached the portage to Crab by 8. We split up the gear and headed up the mile long portage. The trail was rocky for the first 100 rods or so and had a lot of up and downs. We took a break just short of the marsh and where it looked like the new portage connected with the old one. The rest of the portage leveled off a bit and became straighter and less hilly. We took a second break about 50 rods short of the end of the portage and then finished it off after 45-60 minutes of hiking total. It was a rough way to begin a trip but at least the worst was behind us for the day. We then paddled across Crab Lake and took the 20 rod portage to Little Crab. The path was well worn, wide, and very easy. After paddling through Little Crab, we traveled down the Korb River, lifted over the 2 rod portage, and moved onto Korb Lake. We decided to skip the extra paddling across Korb Lake and further down the Korb River to the 30 rod portage and we took the 70 rod instead. The trail was also pretty good other than scat being all over the place. We put into Cummings Lake and headed to one of the two island sites on the eastern portion of the lake. We came the first site and decided to stop there after seeing how nice the site was. The grate area had some nice benches around it, the tent pads were nice and away from the fire grate and we had a nice rock landing. It took us about five hours to get from the public access on Burntside to our campsite on Cummings. A storm briefly rolled through around five in the afternoon and then we grilled up some steaks for our first night. The night ended with some whiskey and a campfire. 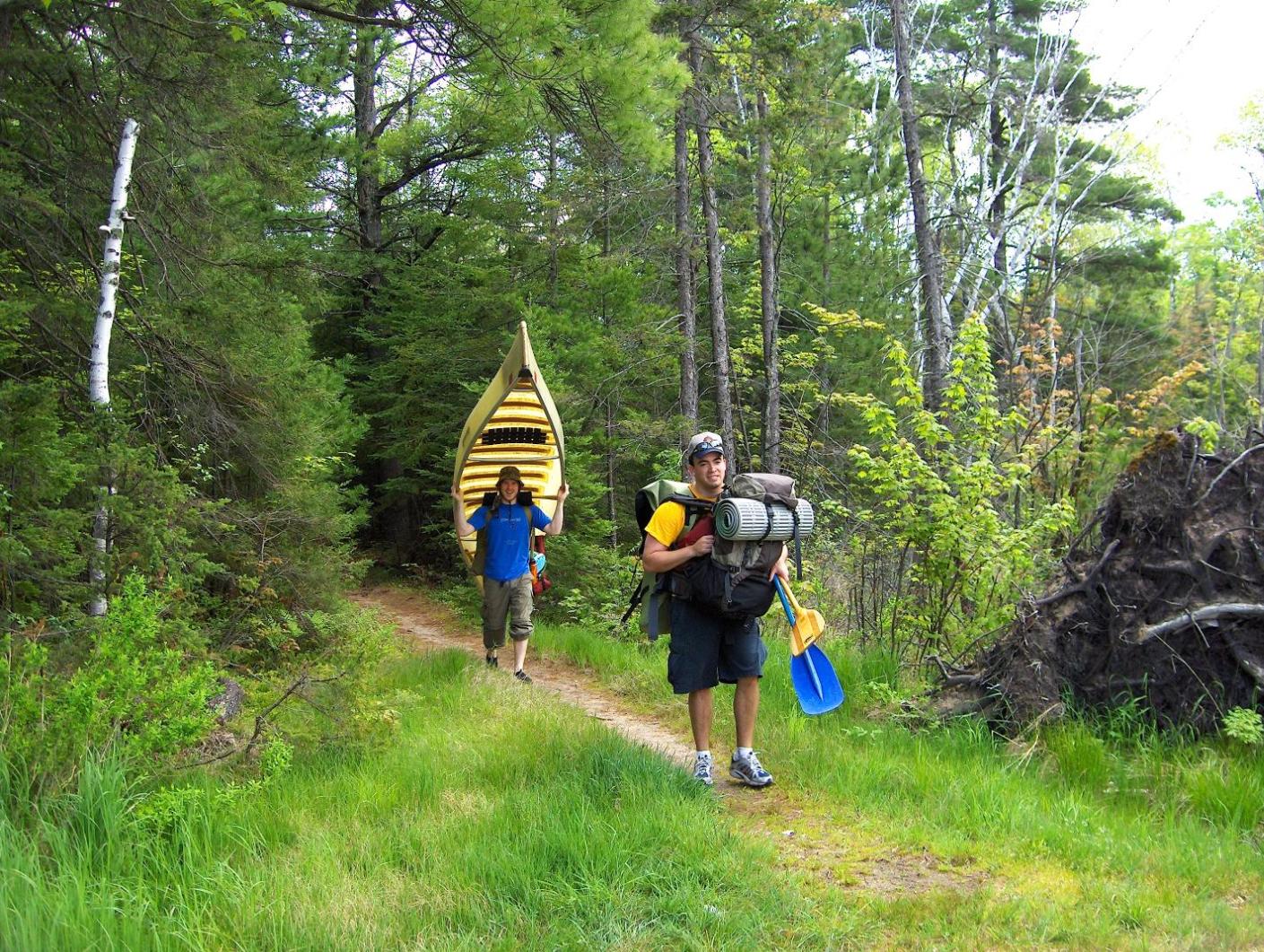 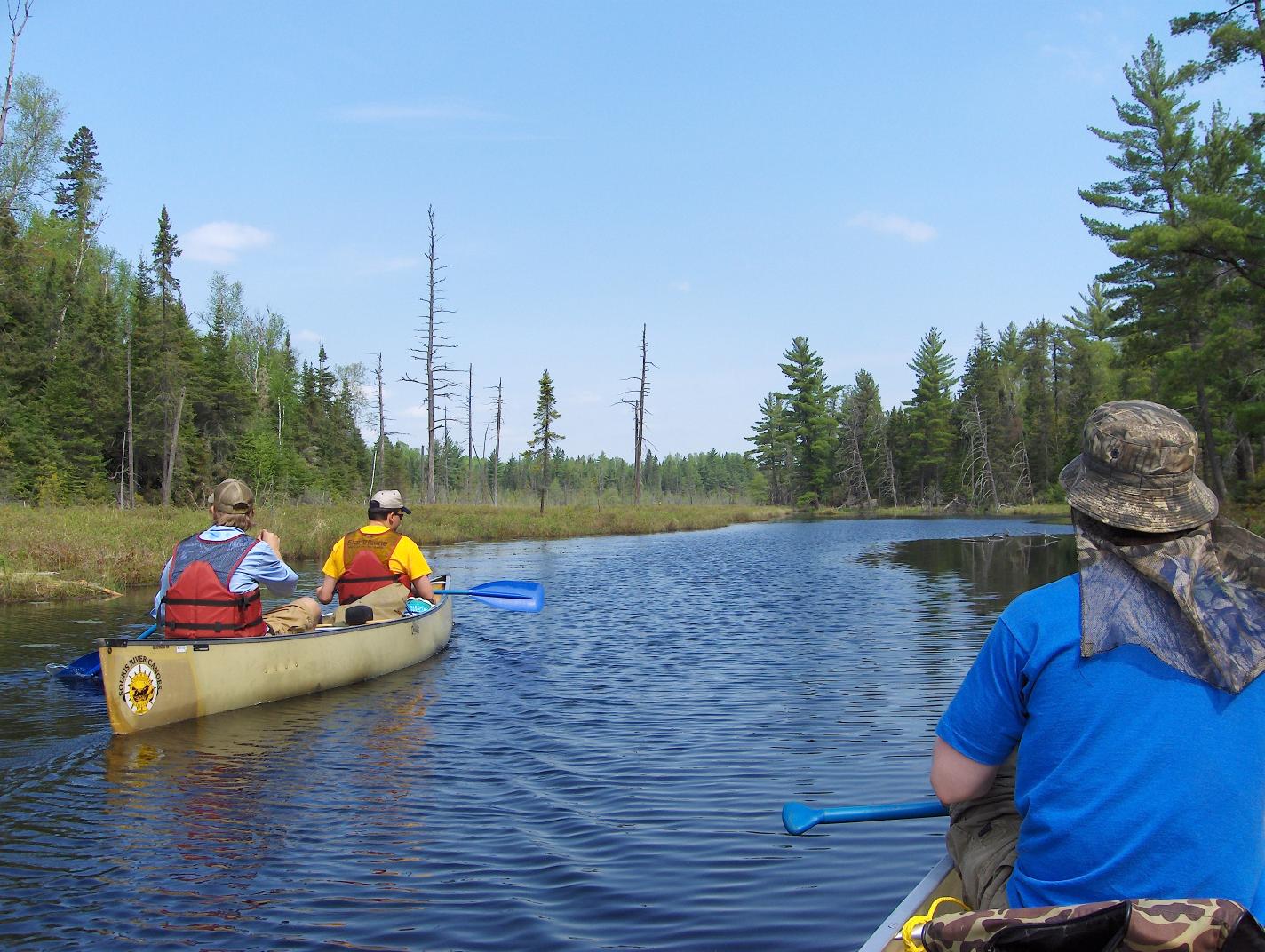 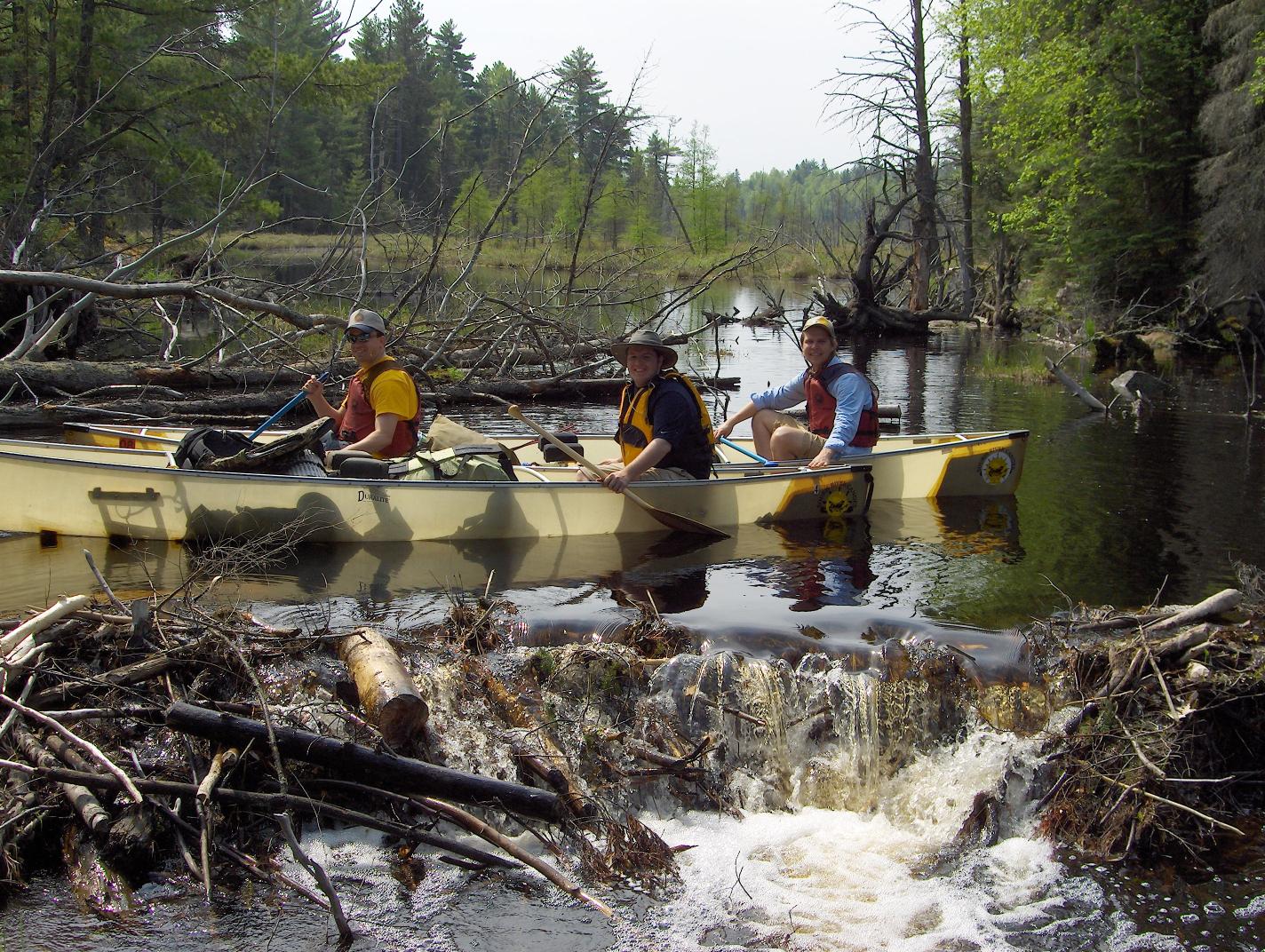