We woke up early on Sunday around 5 am. I can't believe how early daylight comes to Northern Minnesota. We were extremely lucky as the winds from the day before had blown thru the area and it was dead calm. The lake looked like glass and you just knew it was going to be a good morning. We headed out to our first walleye spot that we had done well at on the previous trip. We were wanting fish to eat the first night so we had planned on hitting it hard all day to make that happen. Fortunately for us the fish cooperated well that morning and we managed to keep 8 nice eaters for dinner. The fish were shallow (around 6 feet) along a nice muddy bottom. Slip bobbers and leeches did the trick. It probably took me about 20 minutes to limit out. My trip partner, Rob, took about an extra 10 minutes to get his limit. After securing enough fish for dinner we moved on to try a few different spots as it was clear we would probably be able to come back to our first spot to catch more fish if needed. We picked up a few here and there plus some nice smallmouth. Around 8am we decided to head in for a great breakfast of breakfast burritos. It was clear we were going to eat well this week being a basecamp and all. Not to mention we were suppose to have two additional people in our group but they backed out the day before. Since the food was already bought we packed it in anyway. 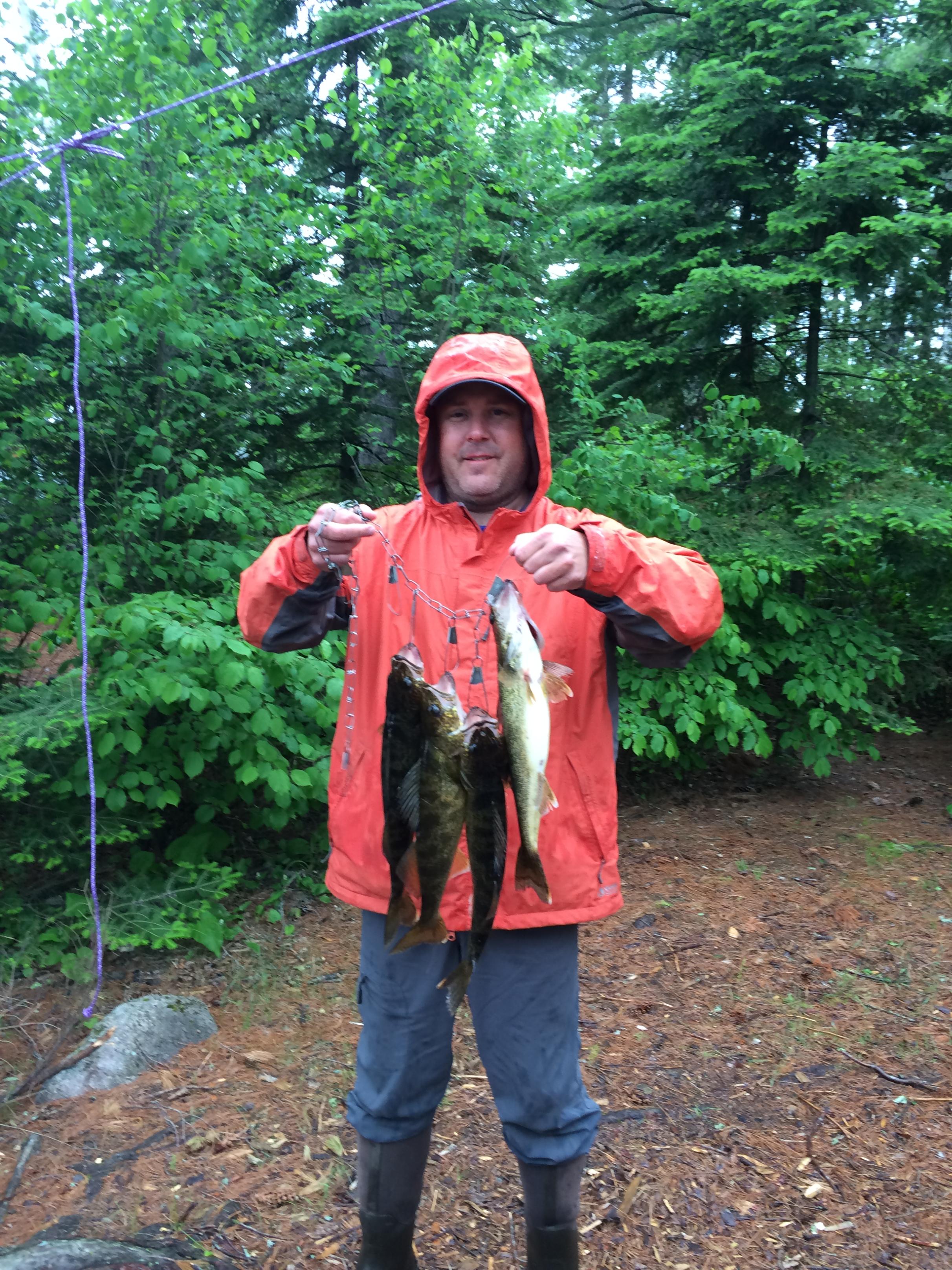 The rest of the day was spent mostly canoe trolling and catching smallmouth bass. After breakfast we did get a really good rain for a couple of hours. Unfortunately we were out on the lake when it hit so we did get a little wet. The afternoon was spent trying to dry out. We had a great fish dinner that night along with some rice. After eating we had a few hours to fish. There were a few more spots we wanted to try to see if the walleyes were there. We did pick up a few but didn't set the world on fire.

Once back to camp we were treated to an amazing sunset. I love the sunsets you get in the BWCA and tonights was nothing short of spectacular. I was able to get a good photo which I will cherish for a long time. 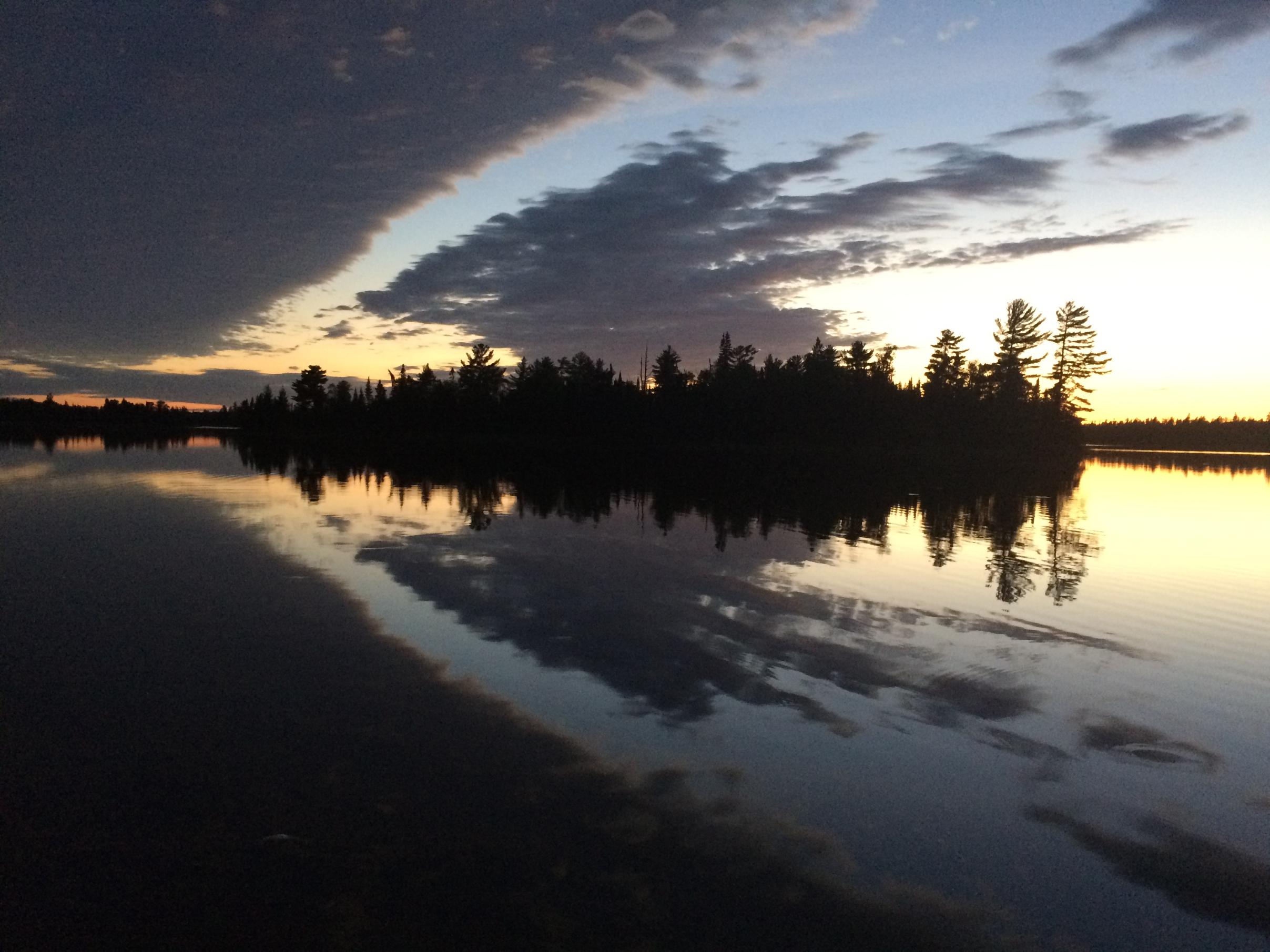