Journey to Manhood
by preacher

We were up before 6:00. You would think after a tough first day we would have slept longer. Made a great breakfast: egg and sausage bagel sandwiches with o.j. Took our time packing up and were on the water by about 9:00. First portage to Sitka Lake was brutally hilly and kind of long, the hardest one of the day. We leapfrogged it. We met two guys and a boy from Two Harbors who were coming from Brule. Sitka is a beautiful lake; I’d like to come back and fish it. A guy could come in from Brule and North Temperance pretty easily. Portage from Sitka to North Temperance was next–not bad. Next portage was from North Temperance to South Temperance–piece of cake. Jaryd and I both reveled in it after the other ones we had been on. The first site on the north shore closest to the portage was taken by a couple from The Cities with two dogs. The one English Springer tried to hitch a ride on our canoe, nearly causing our first spill. We moved on to the site on the northwest corner. It was a pretty nice site; however, some previous campers forgot their bait bucket or were too lazy to carry it out. I’m guessing it was the latter and if that was you–shame on you! It’s been somewhat windy since we arrived around 1 pm. After setting up camp Jaryd and I thought we’d take a swim. We thought the same thing yesterday with the same results: the water was too cold. So we just waded in and got our heads wet and washed off our pants. Tomorrow’s the big one: the Temperance River portage. I was praying that we could just float the river, but the Fisher map says it’s 240 rods and I assumed the portage was there for a reason. The river must be too shallow or clogged with timber to get through. We went to go check it out. After checking out the river, it looked like it could be floatable, but after talking to the couple with the dogs, they convinced us to just use the portage instead. We went out fishing and caught one bass. Talked to two guys staying on Brule and they said the fishing hasn’t been that good for them either. We had a good dinner of Rice-a-Roni and potatoes, saving some potatoes for breakfast. Man, this is great! Jaryd did very well today for having one of the harder portages–I’m very impressed with his good attitude as he keeps on plugging away. Hopefully we have gotten rid of some more weight foodwise, so each day should be easier. The big one was first thing tomorrow. It’s great just hanging out with my son by the fire, watching the stars come out. What an awesome place! 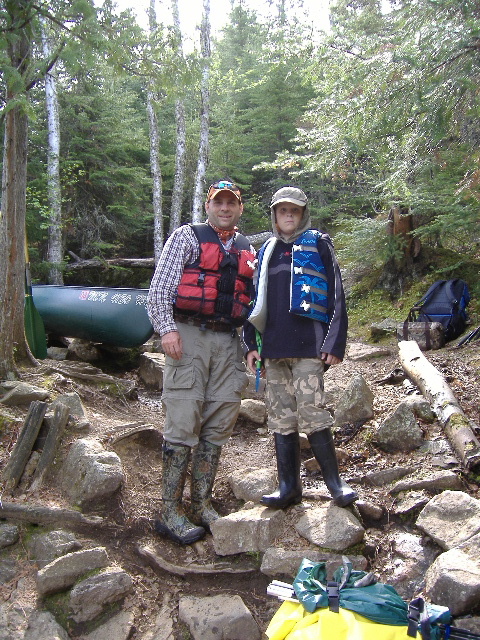 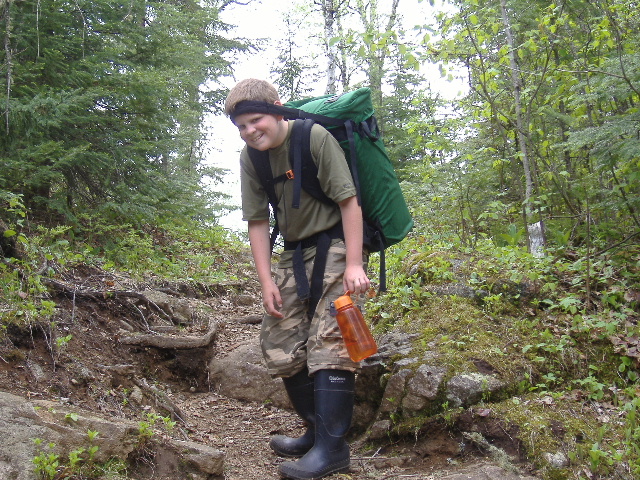 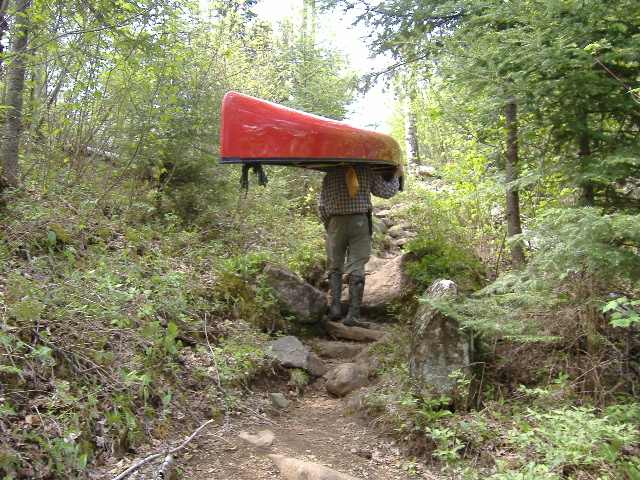