Trip Type: Paddling Canoe
Entry Date: 08/12/2017
Entry Point: Sawbill Lake (EP 38)
Exit Point: Sawbill Lake (EP 38)
Number of Days: 7
Group Size: 3
Trip Introduction:
Back to where it all started....My first trip to the BWCA was 31 years ago from Sawbill Lake. My son and I decided to head back to my roots and continue our streak of 18 consecutive years tripping in the BWCA. We hope for another 18.
Discuss Trip: View Discussion Thread (7 messages)
Day 1 of 7
Saturday, August 12, 2017

Alarm at 3:10 AM. Coffee at 3:15. Because we pack the day before, we were off around 3:30 to Sawbill for our 5 hour drive from our cabin in Northwester WI. A stop for gas and bathroom, we were in the canoe and on the water by 10 AM. Consulted the map with the goal of making it to Cherokee by mid afternoon. Nothing like those first paddle strokes. 15 years ago, we were still fairly concerned about pack weight. Not anymore. Two Duluth packs, a gunny sack, and our rod holder held about 250 pounds of food, gear, and creature comforts we no longer are interesting in sacrificing. Why not? We are both 6'5" and 220 pounds and can mule just about anything through a portage. And don't forget about our mule....Ellie is my sons girlfriend and she certainly demonstrated how to portage a 20'5" Kevlar with ease as well as carry an 80 pound pack when called upon. "It feels like the pack is trying to rip my shoulders out backward," says Ellie. Toughed it out nonetheless. 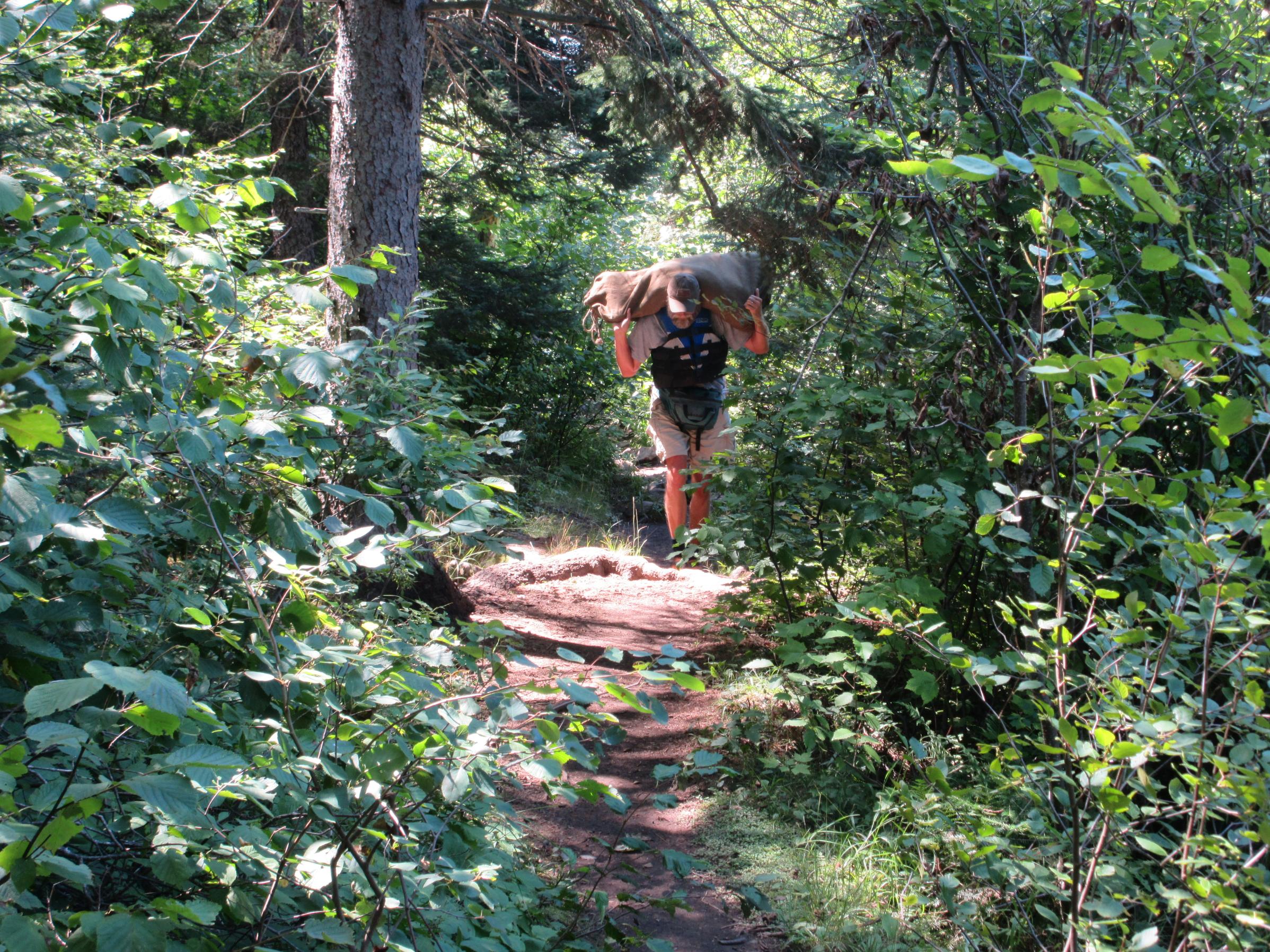 We scooted north toward Ada Creek. The energy flowed as we hit the portage in about an hour. Ada lake wasn't too difficult either. By the time we headed to Skoop lake, we ran into plenty of beaver infested surroundings. The 12 rod portage became 100 with mud and rocks. Ellie stayed in the canoe and paddled as far as the water would allow. 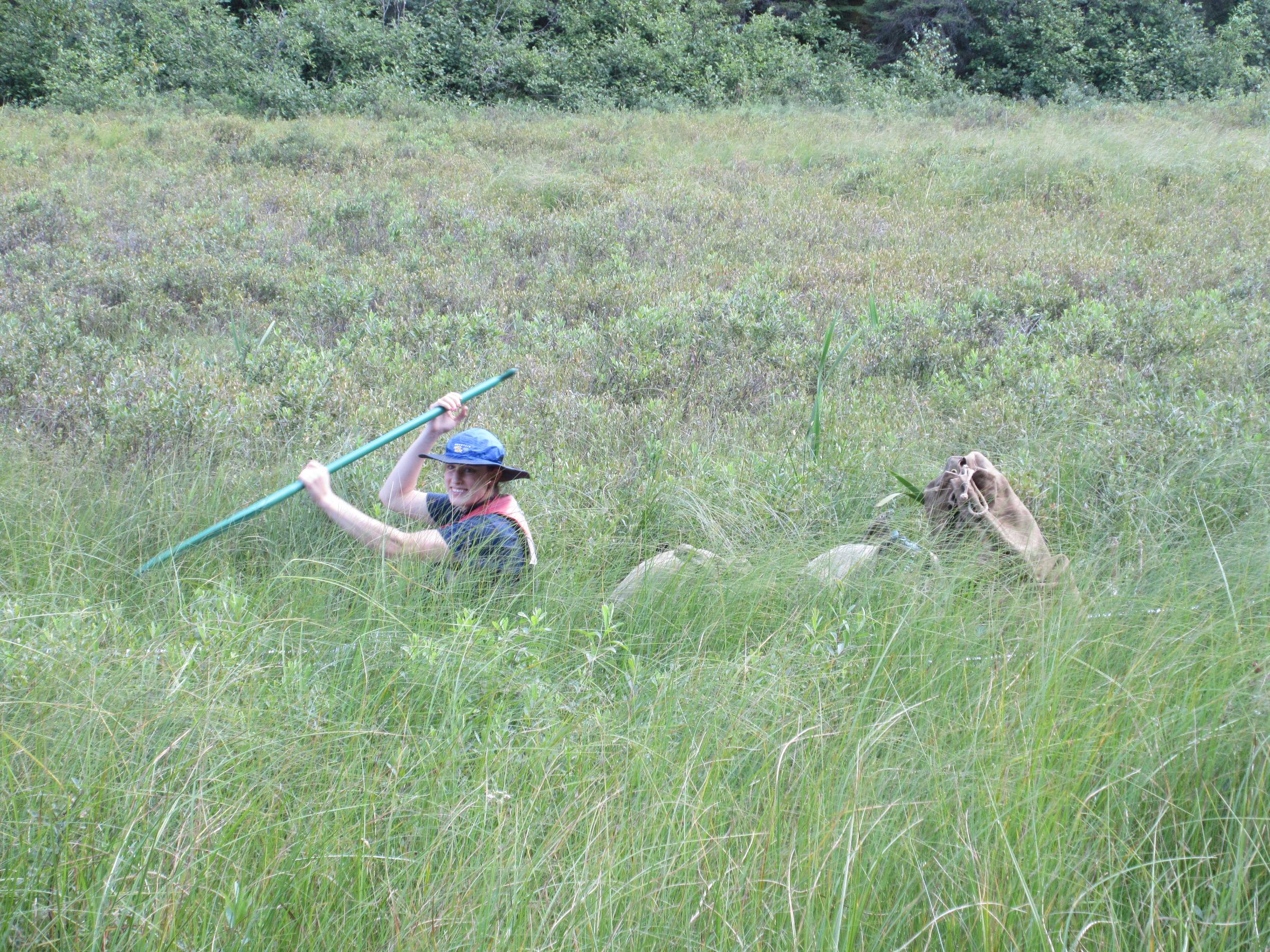 We made it through beaver dam central and found our way along Cherokee Creek into the big lake. Just as we found big water, storm clouds appeared so James quickly found an awesome site just north of the portage to Sitka Lake. We decided to give it a 4.5 star rating due to the landing being a large rock immediately dropping into fairly deep water. 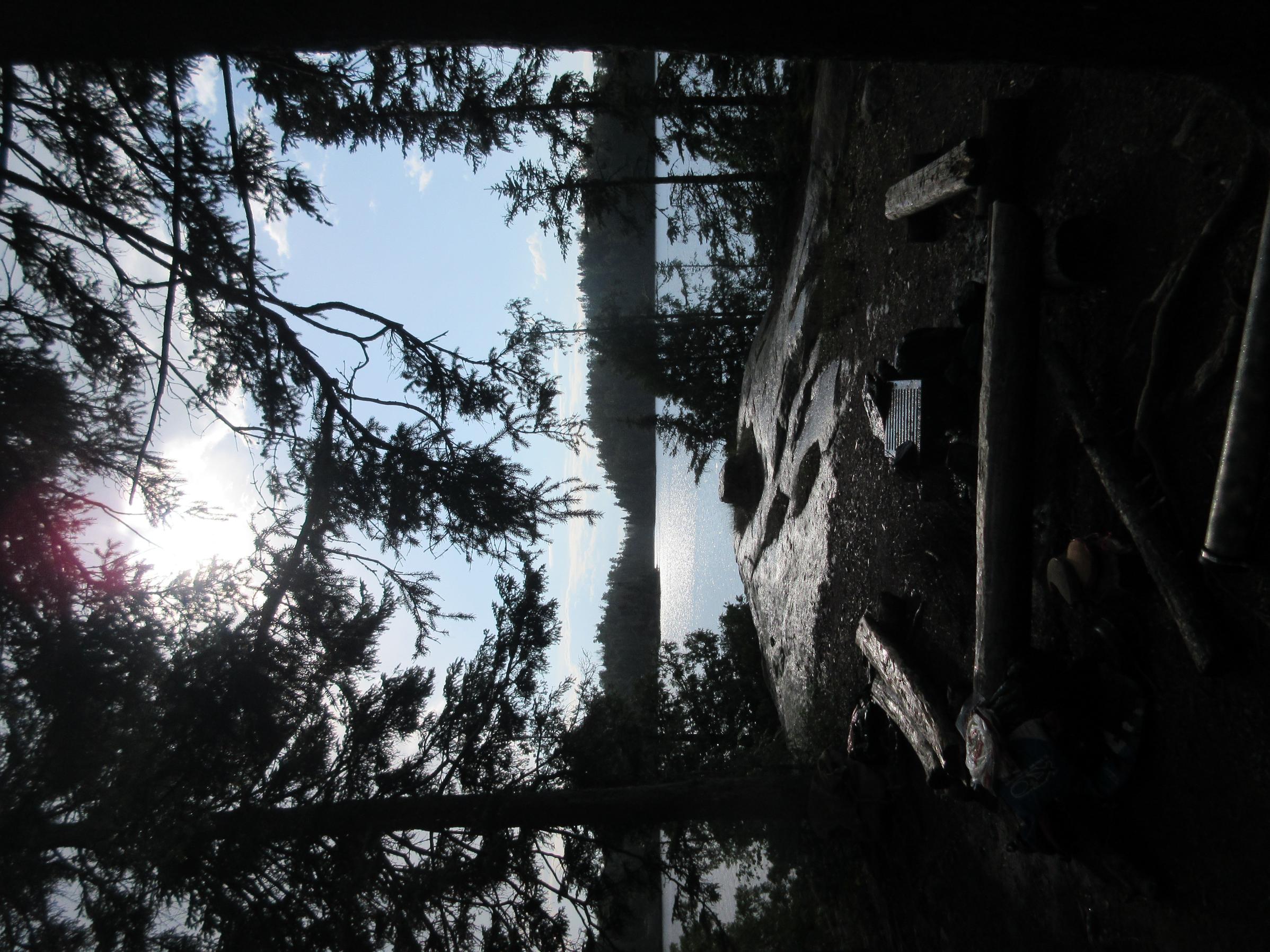 Set up our rainfly - which would become our most common sitting place for the week. As always, we ate our ceremonial summer sausage and block of cheese! 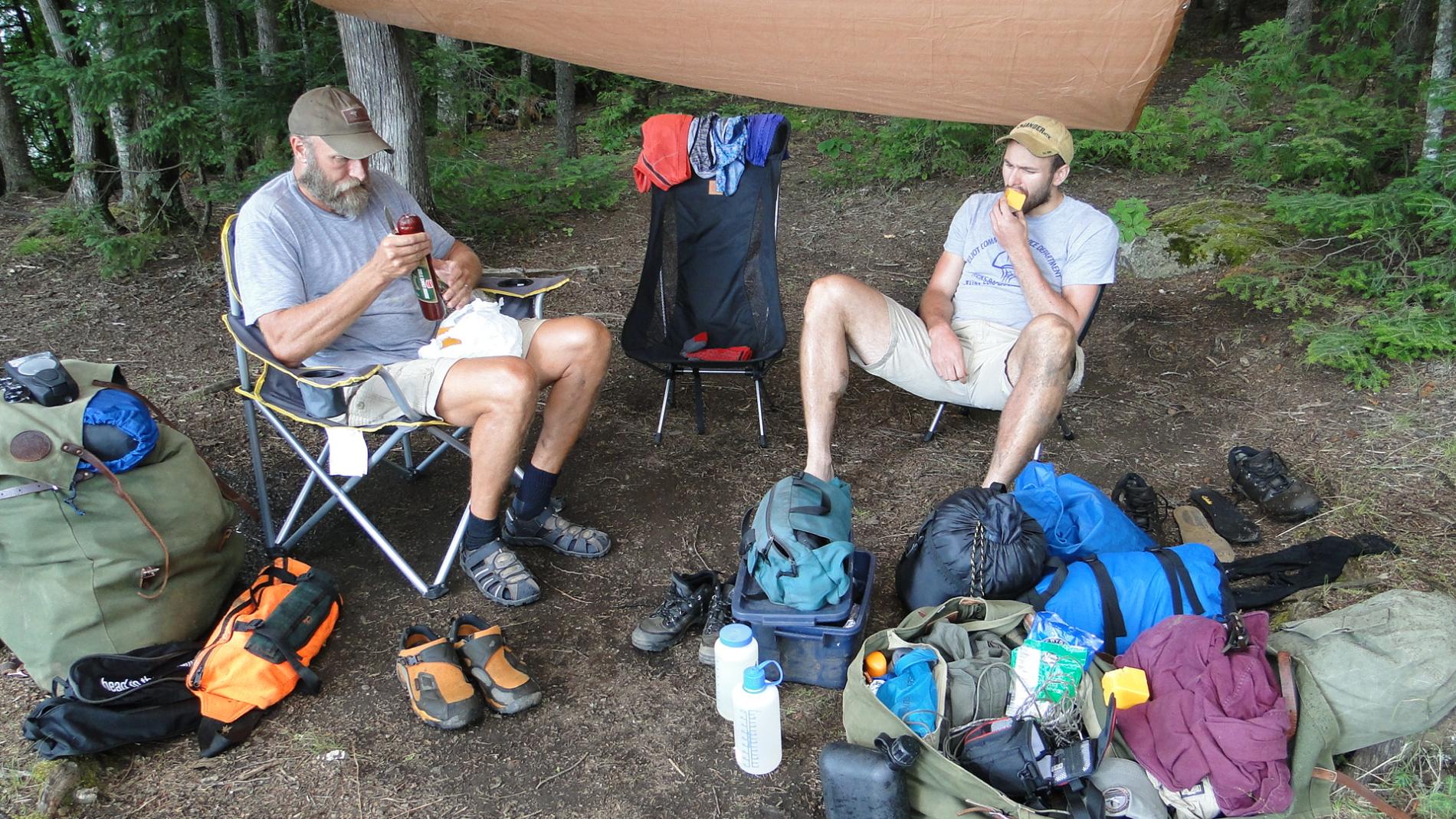 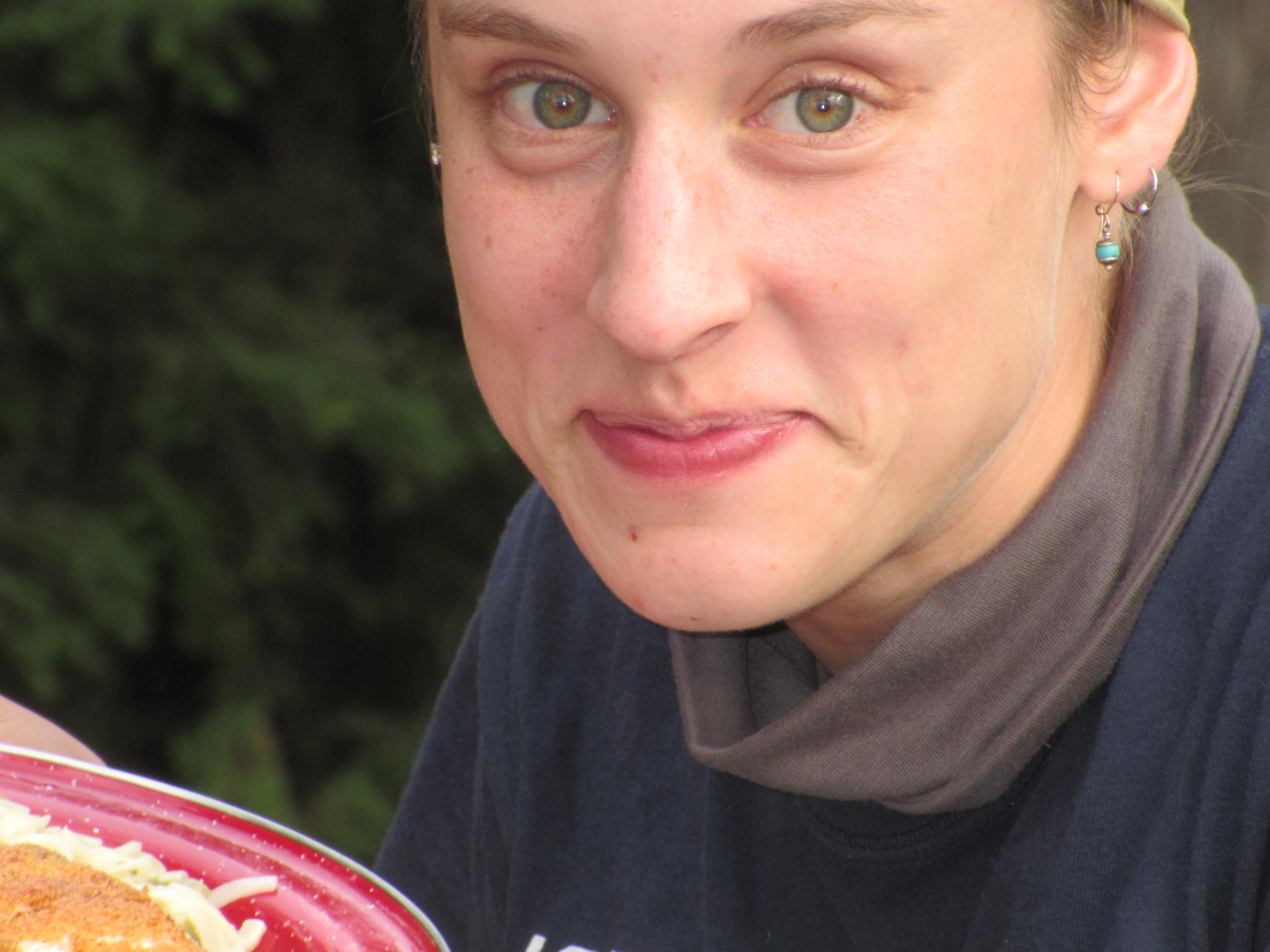