Trip Type: Paddling Canoe
Entry Date: 09/16/2017
Entry & Exit Point: Quetico
Number of Days: 8
Group Size: 4
Trip Introduction:
Prairie Portage to Basswood, Sunday, Agnes, Murdoch and Kawnipi
Discuss Trip: View Discussion Thread (9 messages)
Report
A 4am departure from Minneapolis put us in Ely for an 8am breakfast. A quick drive to LaTourelle’s had us there in time for our 10:30 tow up Moose Lake to Prairie Portage. Following a quick stop at the ranger station, we were on the water by 11:15.

Favorable winds and an easy portage from Basswood had us at the North end of Sunday Lake within 2 hours. The portages out of Sunday into Agnes, along with a slight headwind on Agnes, slowed us a bit and we made camp around mid-Agnes by 5:00.

Moderate winds and rain during the night had us worried for day two but the weather broke by early morning and we were off at 7:30 under light SE winds at our backs. We made the North end of Agnes by 9:30. The first portage out of Agnes was a little challenging but very manageable thanks to the Canadian portage maintenance crew. Much work had been done with boulders, gravel and trenching. The second portage was quite a bit different with lots of rumble and mucky areas. A quick paddle up the Agnes River put us in front of the next three portages according to PaddlePlanner. Three portages turned into four as the last one was actually bisected by the river. A quick paddle on Murdoch and another portage into Kawnipi and we reached our base camp on Kawa Bay by 1:15.

Fishing for the week was good to outstanding! Walleye were scattered all over with wind blown points, shorelines and weed lines being very productive. Jigging quickly gave way to trolling cranks running 10-12” deep over 11-24’ FOW. Mornings were slightly more productive than afternoons. We had no trouble catching Walleye for both lunch and dinner. A highlight of the trip was hitting a weed line at 5:00 after a steady wind during the afternoon. We drifted in from 16 FOW into the weed line and scored doubles on four consecutive passes! The action lasted for 45 minutes! Size ranged from 12” to 28” with most in the 16-20” range. Northerns were also plentiful with the largest catch at 44”.

We departed Kawnipi on Thursday to grab a day of fishing on Agnes the following day. We found a 5-star campsite on the North end of Agnes and had a couple of hours of unproductive fishing that evening. Up early, we fished our way down Agnes headed for Sunday. We picked up a couple of Walleyes and completed our Grand Slam with a Lake Trout mid-lake. This made for an awesome shore lunch at Louisa Falls around 1:30.

With no other paddlers on Sunday, all sites were open so we picked a nice site on the point mid-lake. A rainy and slightly windy night had us up early again to take advantage of the break in the weather. Slowed only by the 2 foot rollers on the ¼ mile stretch of Basswood, we made Prairie Portage 45 minutes ahead of our scheduled 10:30 tow back to Latourelle’s.

Another awesome trip and can’t wait for next year! 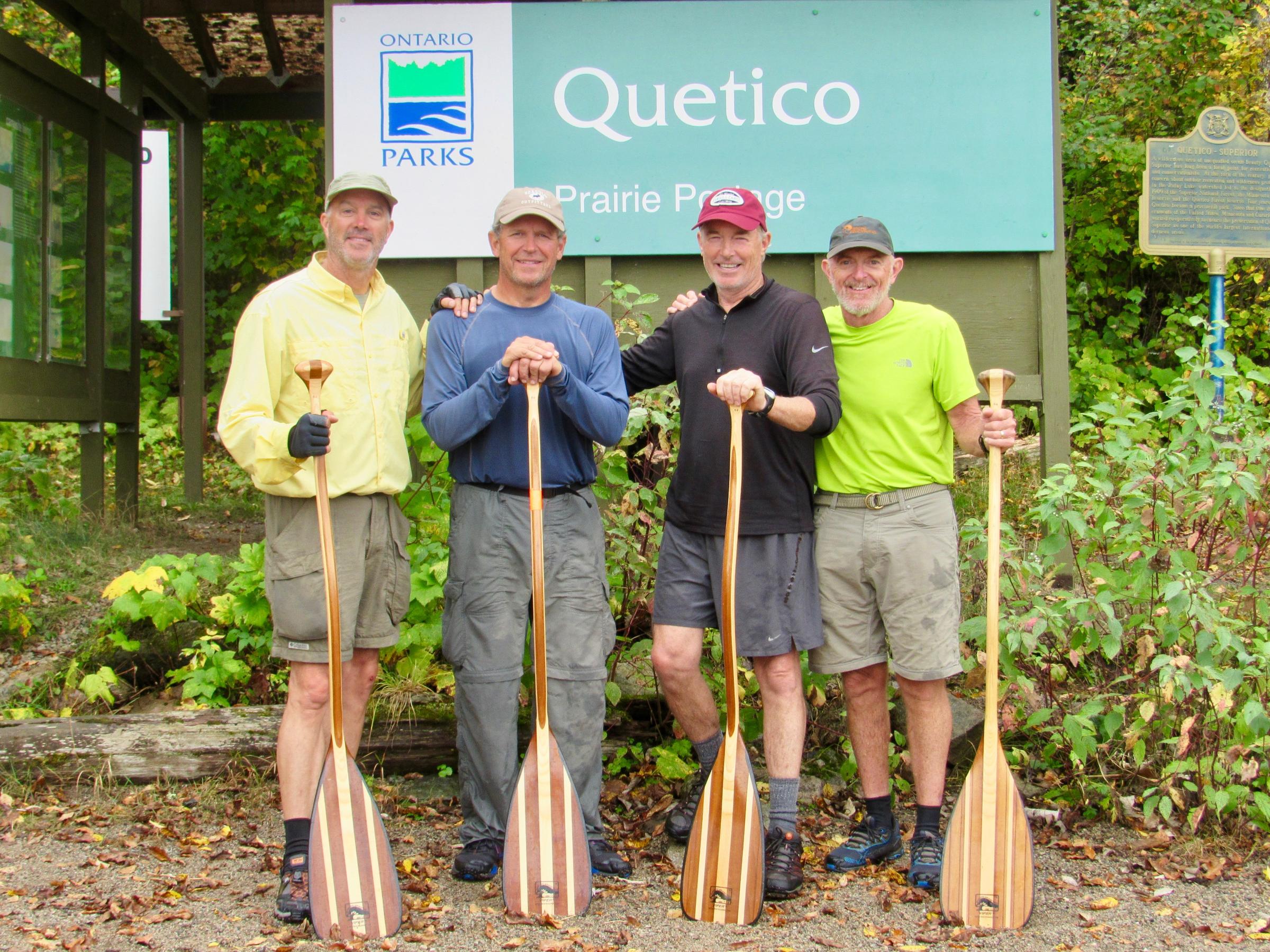 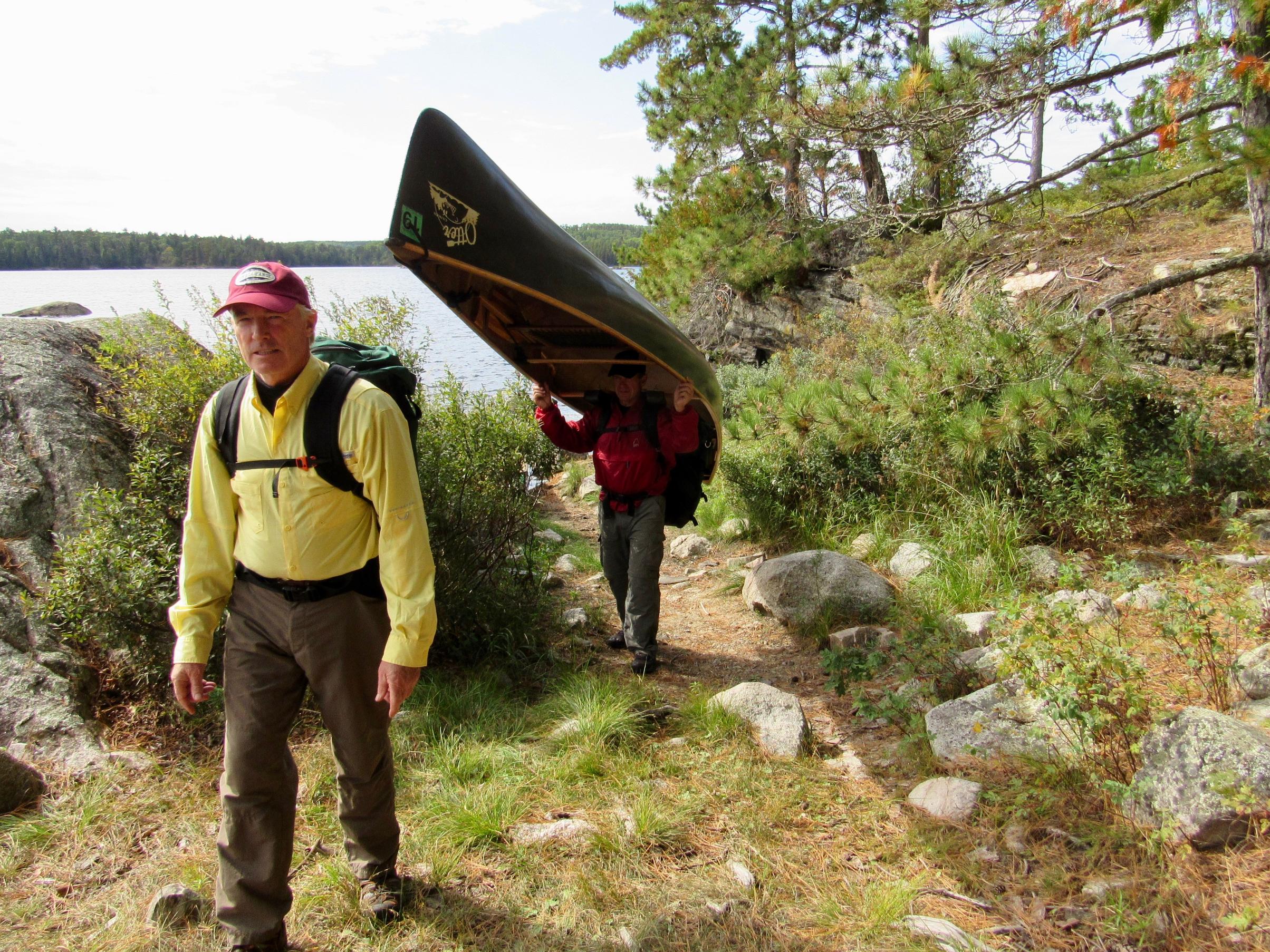 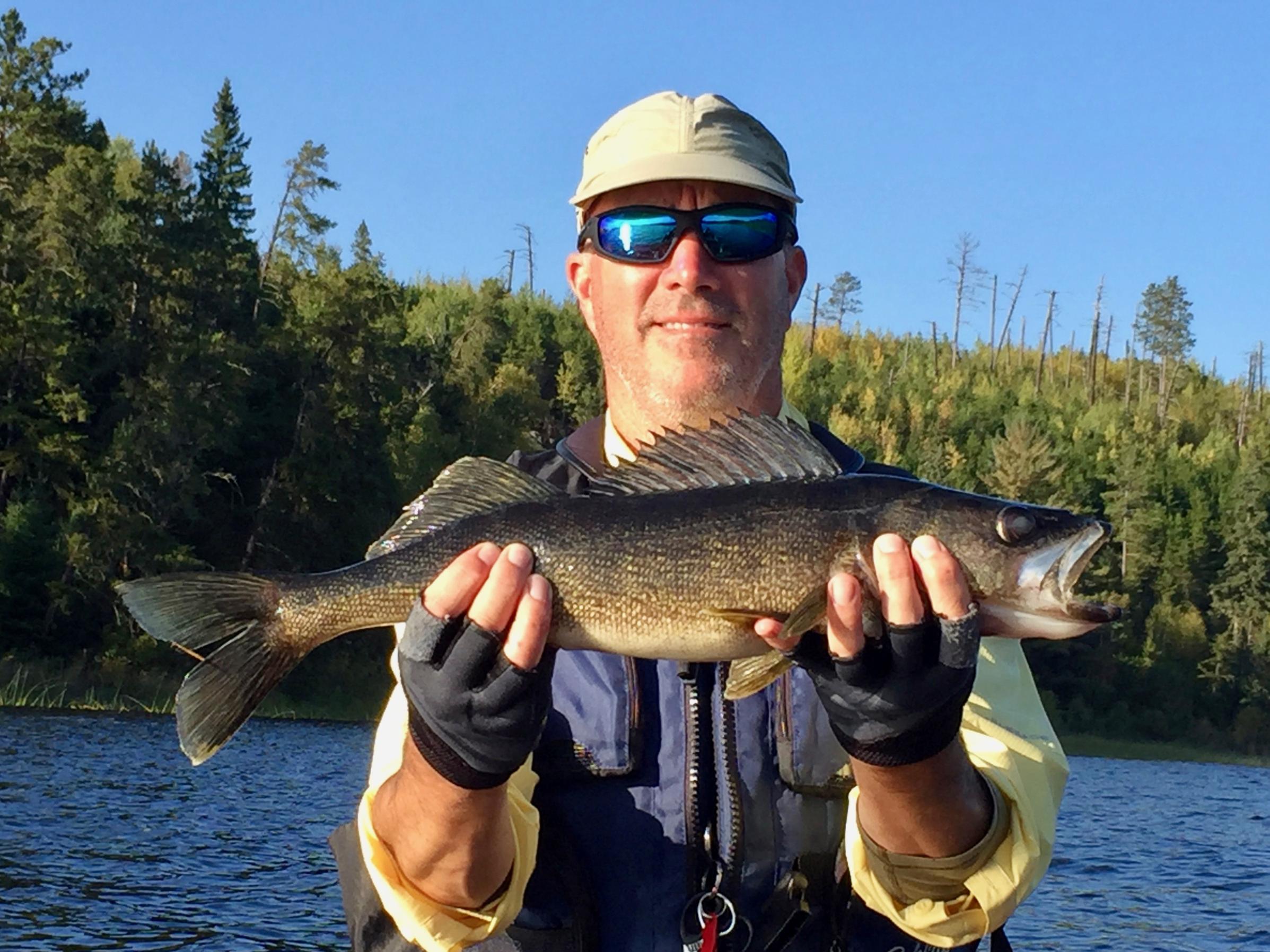 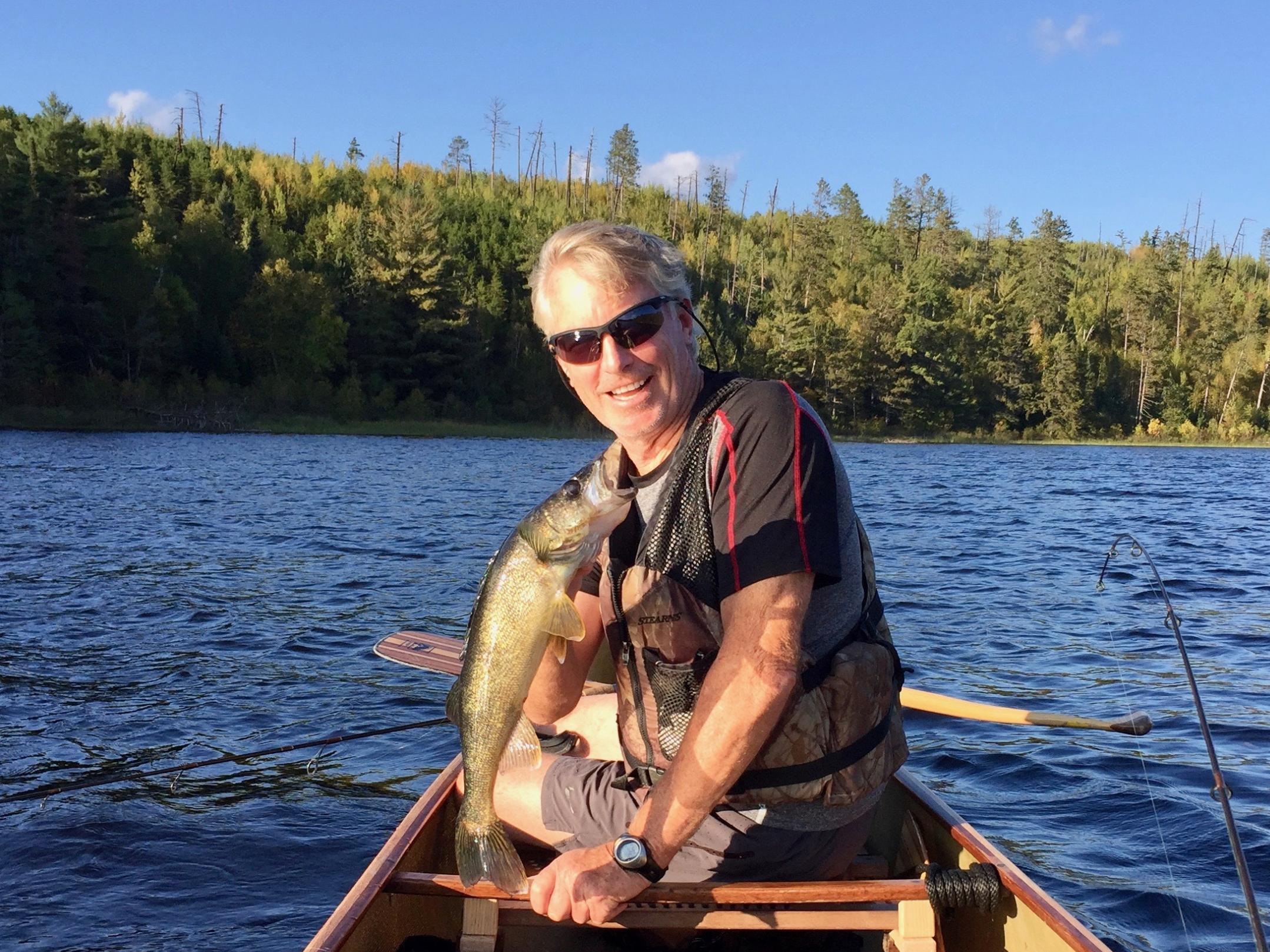 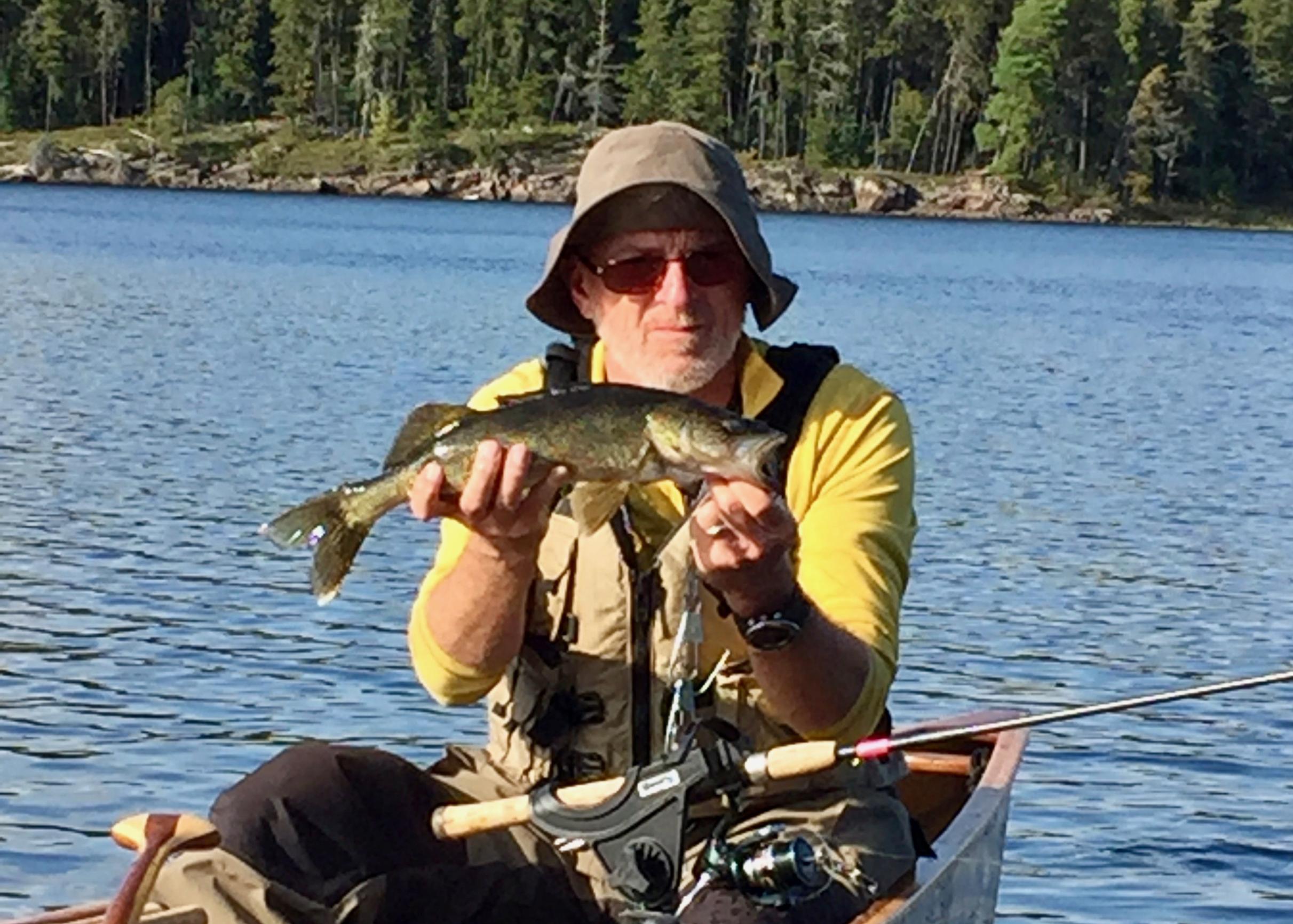 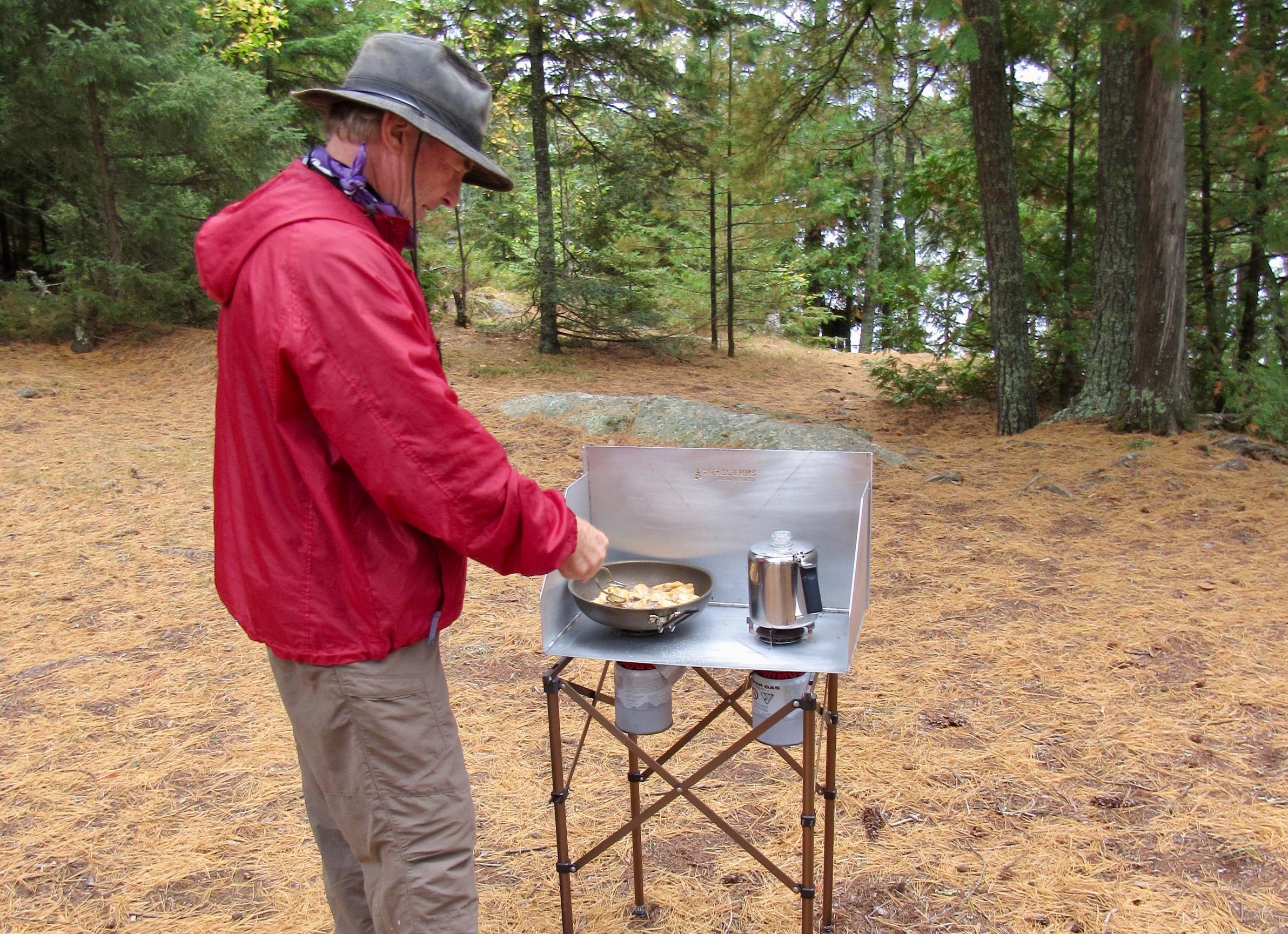 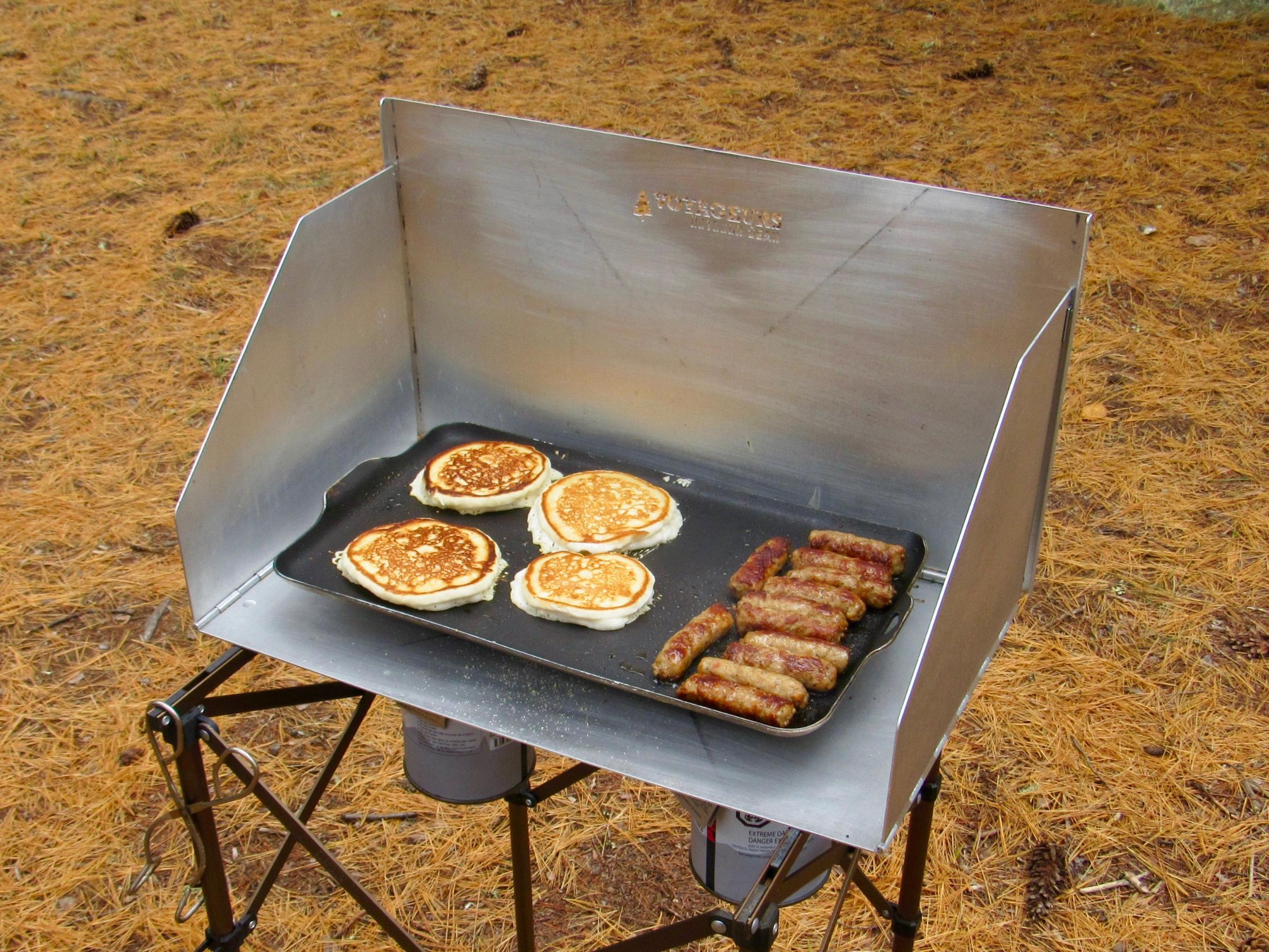 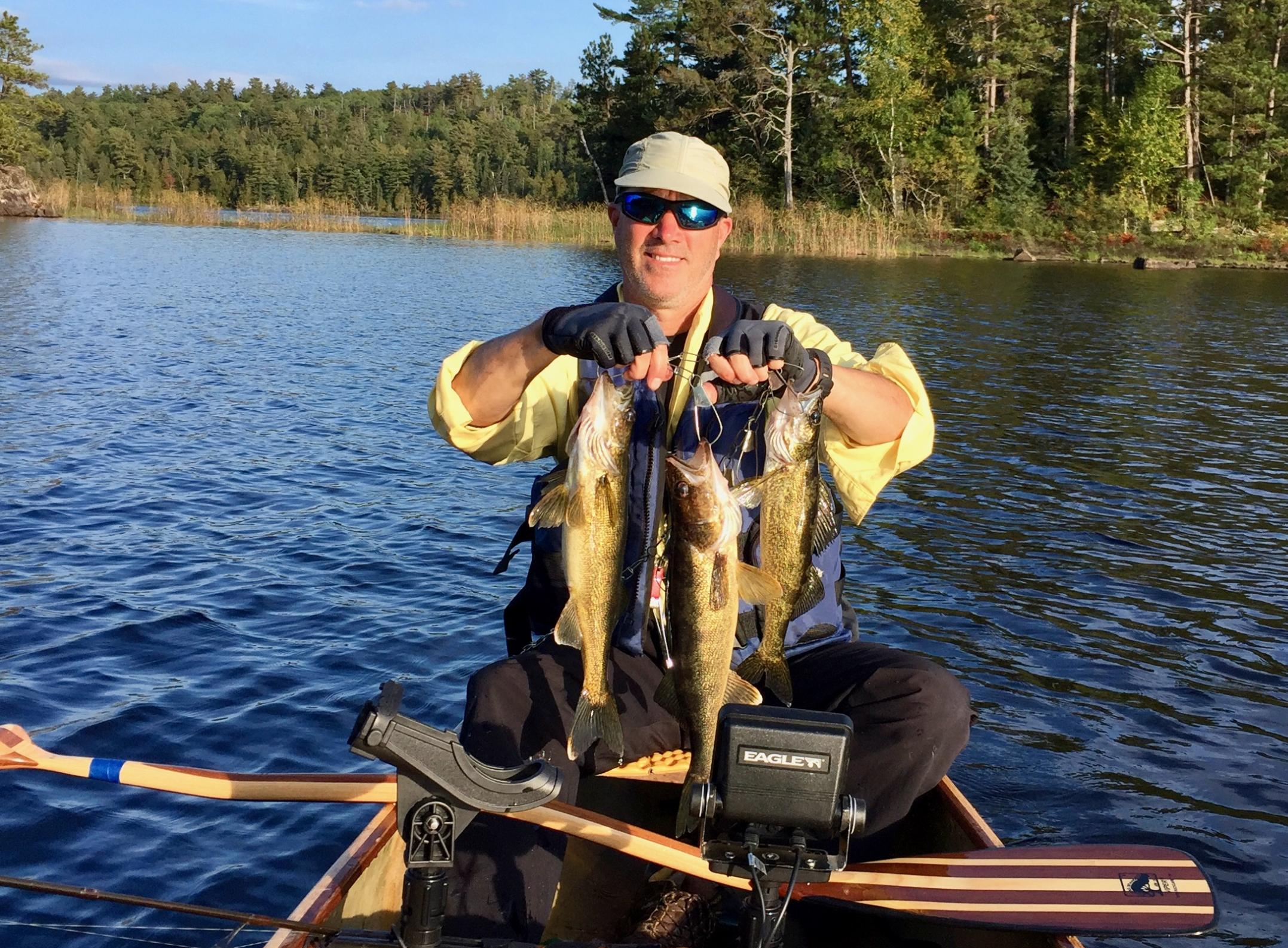 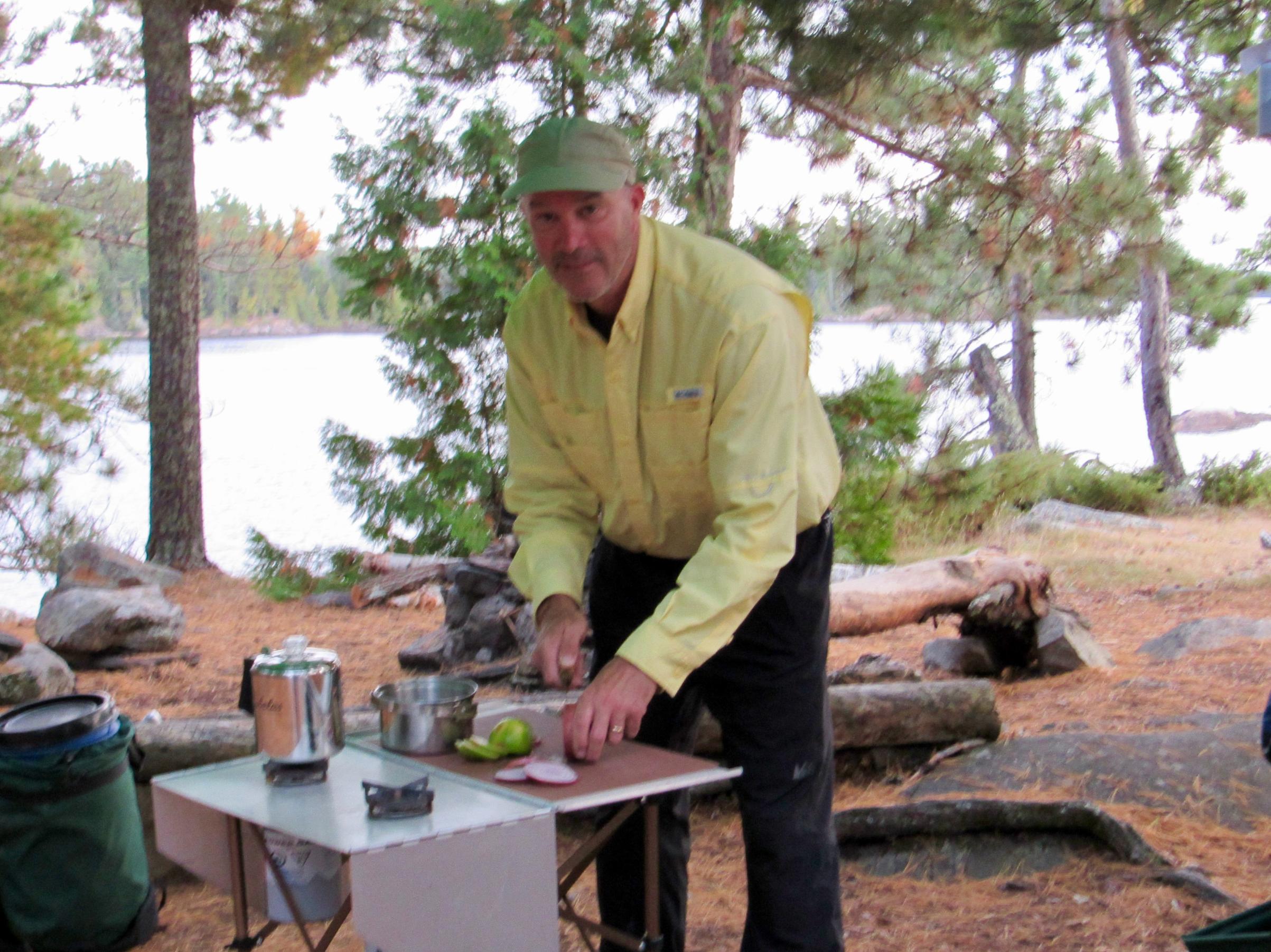 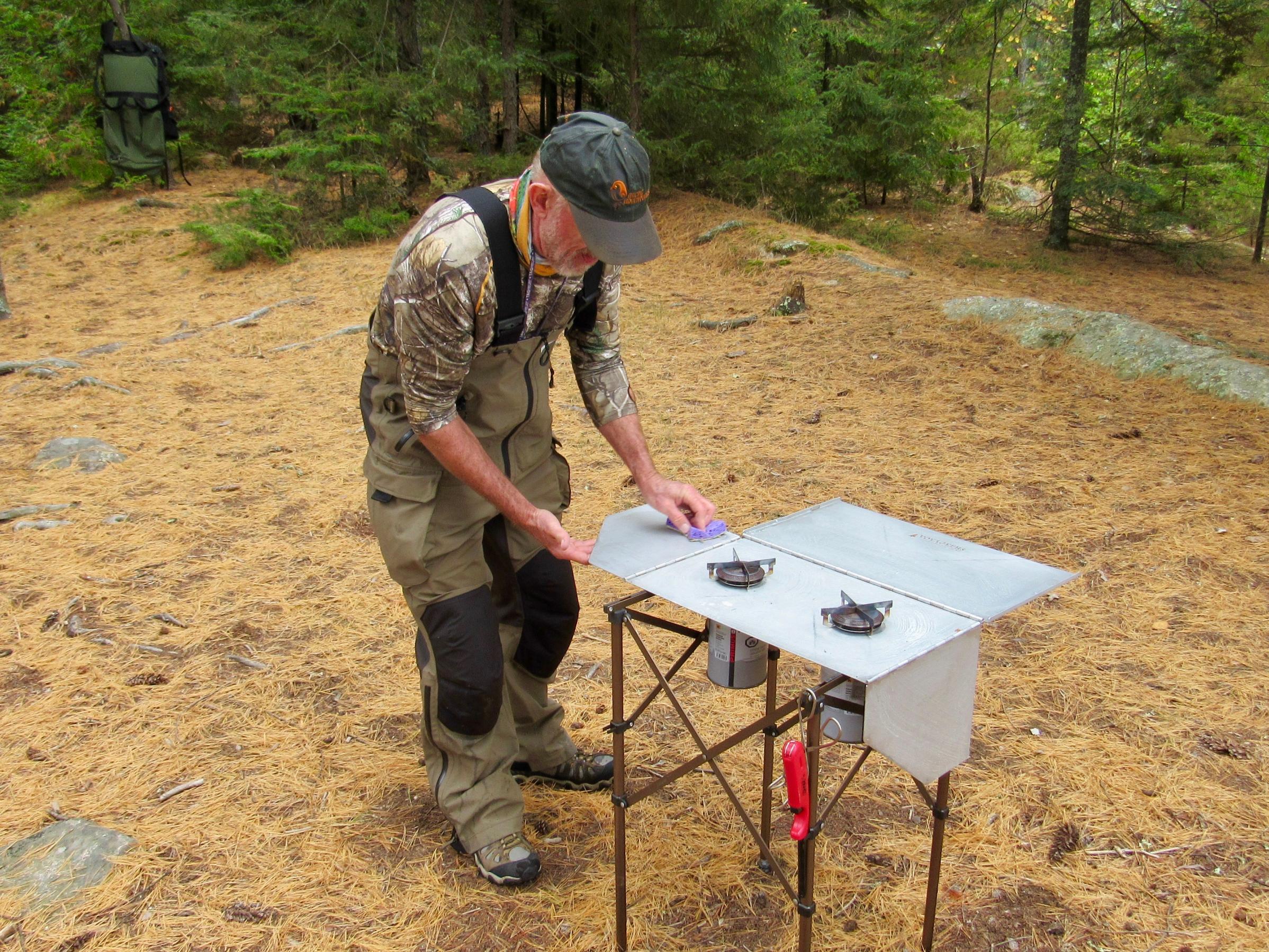 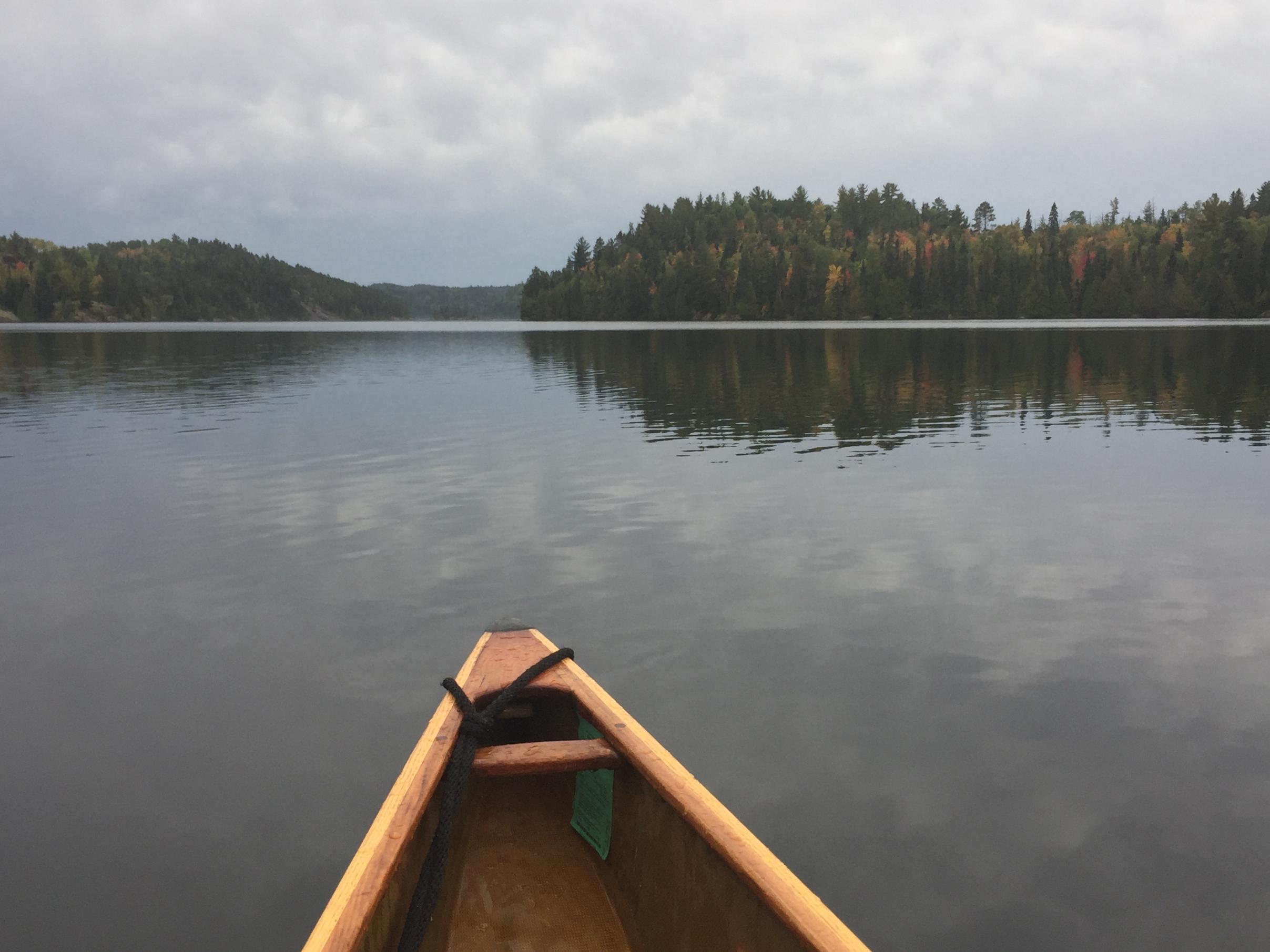 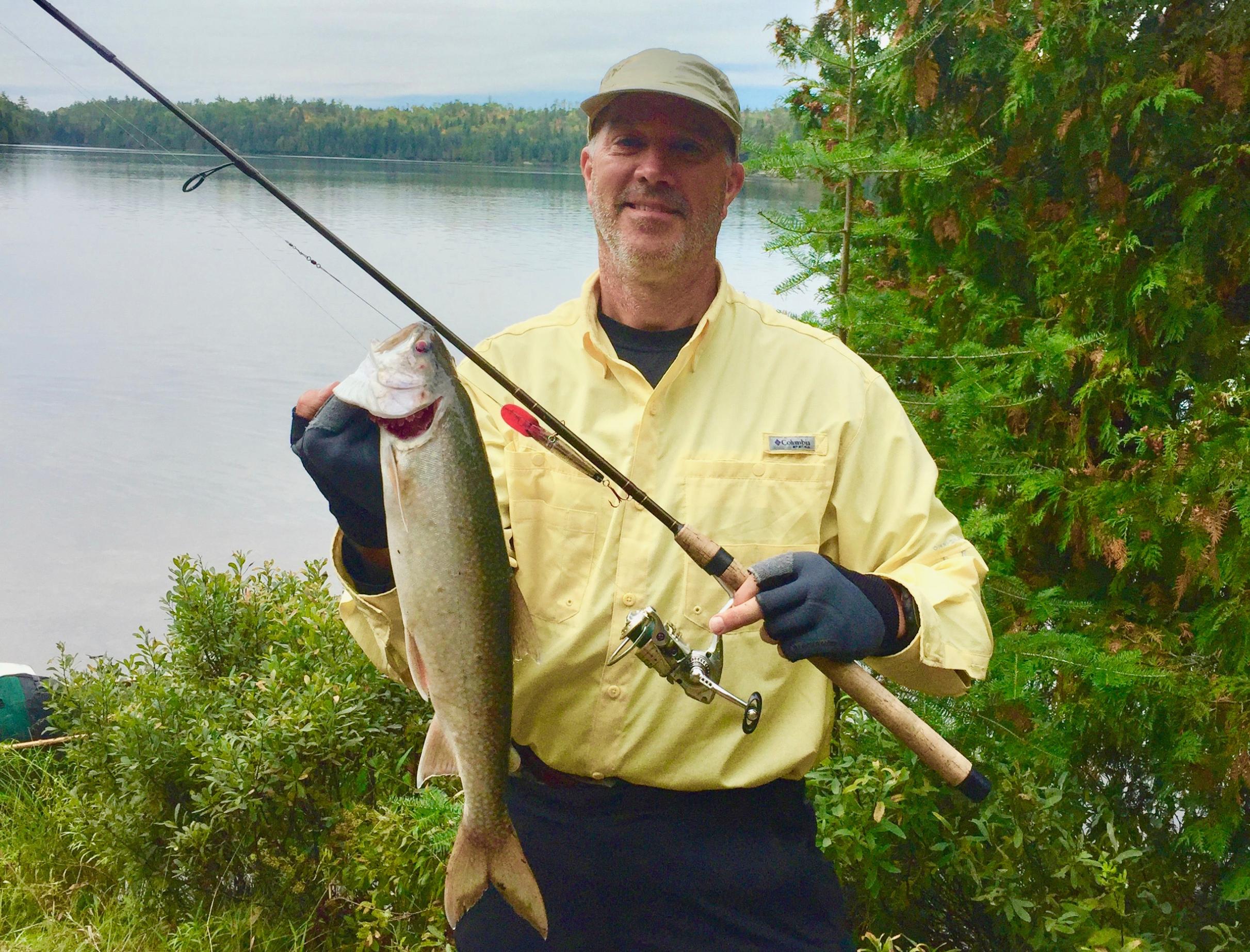 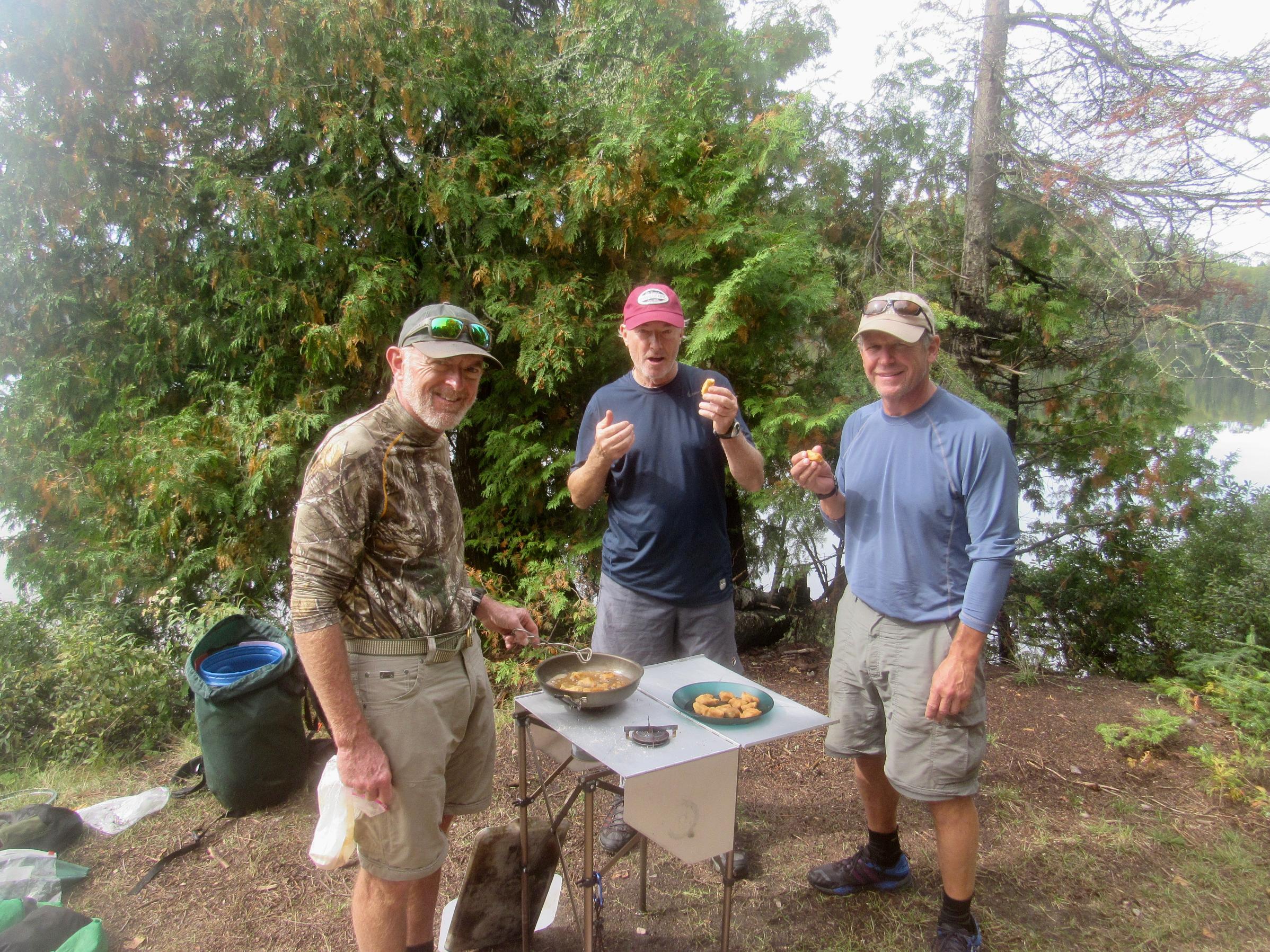 Packing Up and Headed for Home 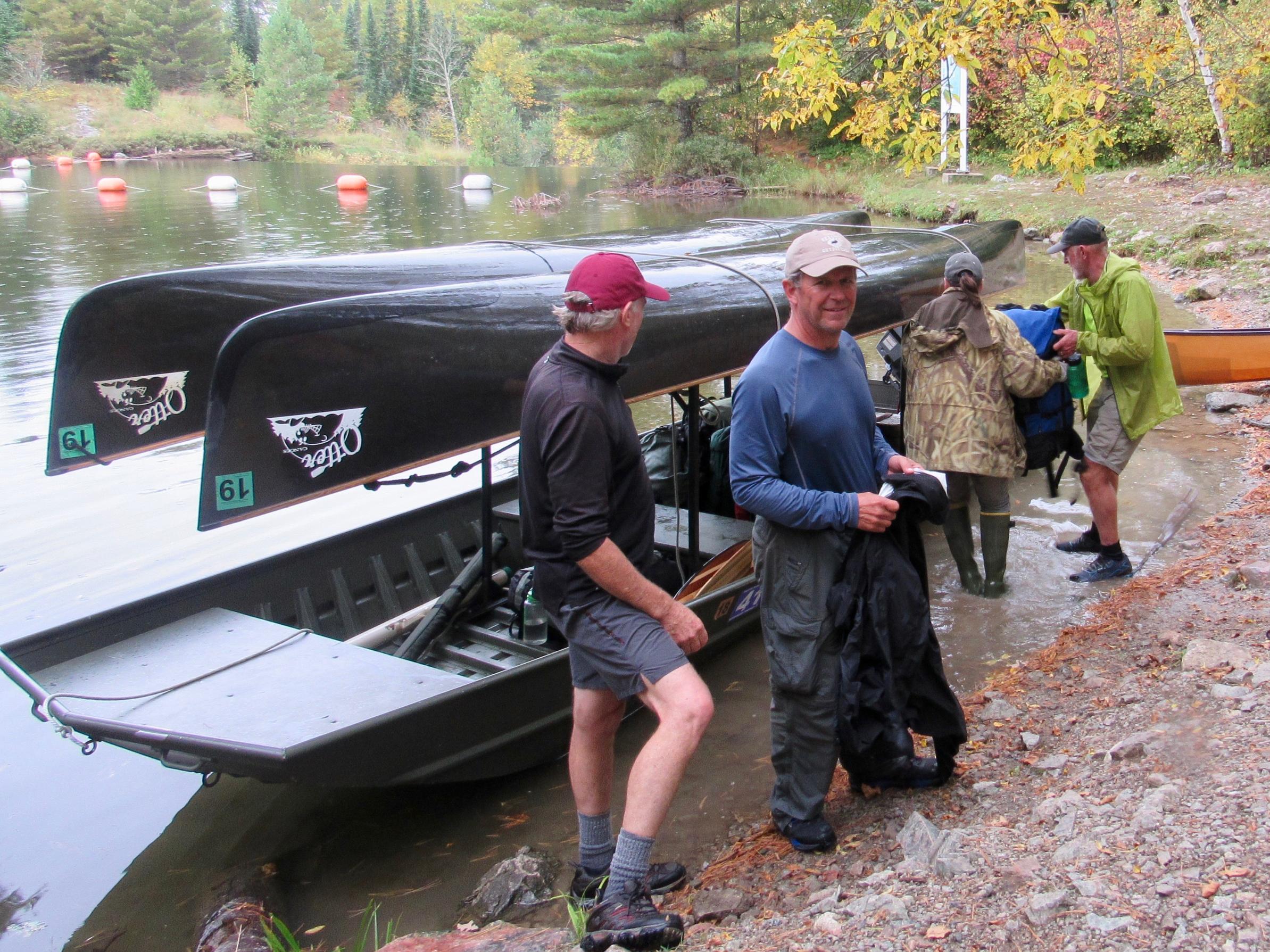