Honoring Memories and Traditions
by Spartan2

Trip Type: Paddling Canoe
Entry Date: 08/19/2017
Entry & Exit Point: Other
Number of Days: 9
Group Size: 3
Trip Introduction:
This is not the report of an actual canoe trip. It is the report of a very special ten-year "anniversary" vacation with our only granddaughter, Anna, who is fourteen years old. We spent a week in a cabin at Rockwood Lodge on the Gunflint Trail and two nights at Naniboujou Lodge on the Lake Superior shore. Honoring the traditions and memories of the past ten years of our time in the canoe country was very important to Anna this year, and we made a conscious effort to do so, while still finding new adventures to explore.
Discuss Trip: View Discussion Thread (14 messages)
Part 1 of 10
Prologue: We picked Anna up at her home in the Chicago area on August 17th. Our traditional first stop has always been the Belvidere Oasis on the tollway, where we enjoy an ice cream cone at McDonald's. 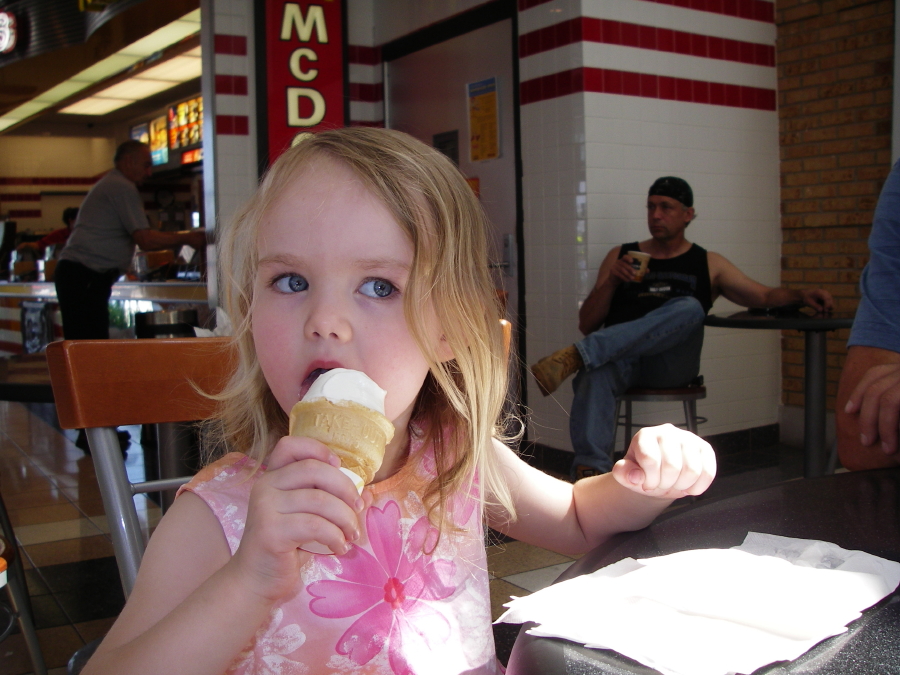 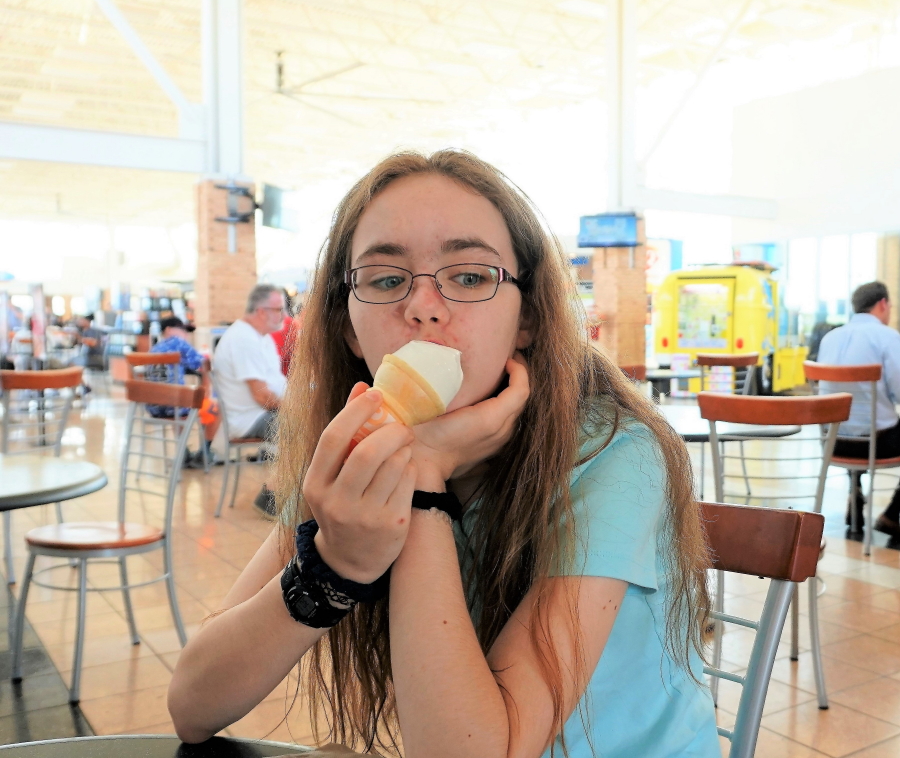 Then there was the traditional photo on the "compass" outside the door. And it was time to head north! We have been making this trip now for ten years, with only two exceptions: one scheduled Michigan vacation in 2013 in order to attend Grandparent University at MSU and see a few wonderful Michigan attractions, and one unscheduled Michigan vacation in 2016 (heartbreaking) after Spartan1 became ill and we had to cancel on the day before we had planned to leave. 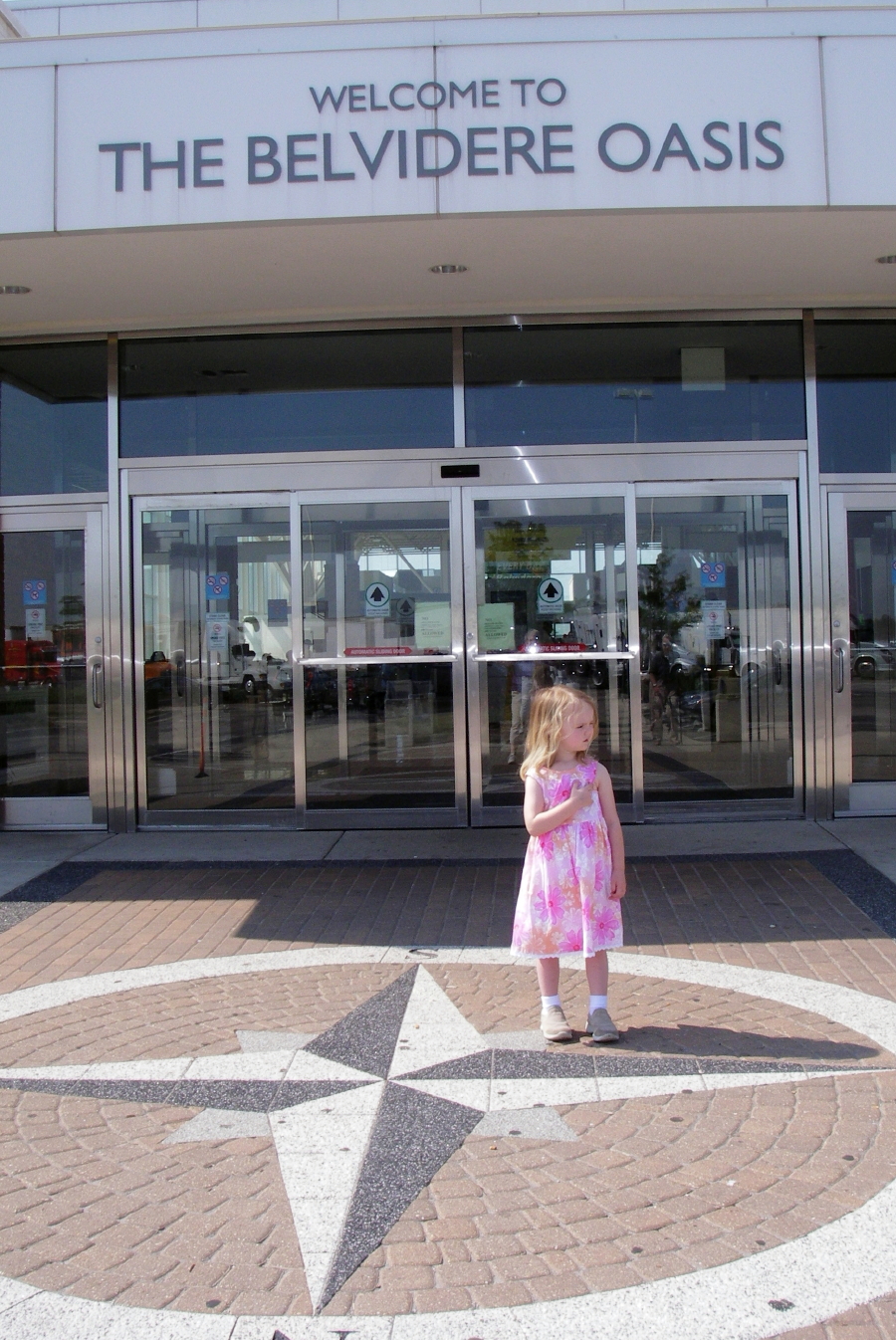 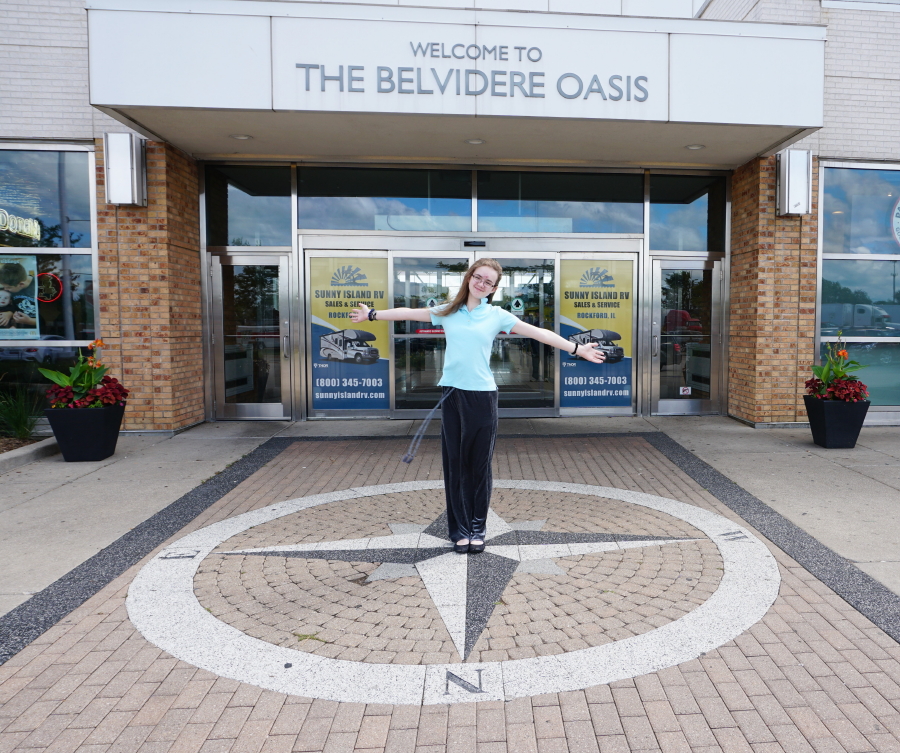 After a first night's lodging at Middleton, Wisconsin (the Hilton Garden Inn there has a really nice pool), a stop to see our dear friends in St. Paul (also a tradition since 2007) a stop at Tobie's in Hinckley for bread for the cabin (another longstanding tradition), and lunch at Gordy's Hi-Hat in Cloquet (one of our newer traditions that we hope to continue), some grocery shopping for supplies, and the traditional last stop in Grand Marais at the Holiday, we were finally on the Gunflint Trail on August 19th and on our way to check in at Cabin #4 at Rockwood Lodge.

This would be our fourth time at Rockwood, but our first time at #4. It was chosen because of the easy access to the lake, both for canoeing and for swimming, and it didn't disappoint. It is the newest cabin at the resort, and it is very well-appointed and very comfortable. 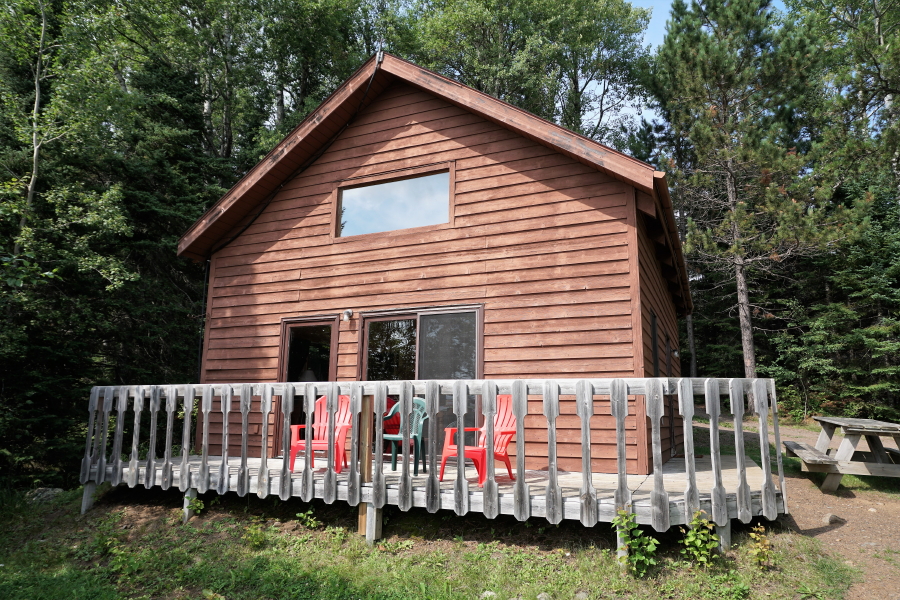