Trip Type: Paddling Canoe
Entry Date: 05/16/2017
Entry & Exit Point: Snowbank Lake (EP 27)
Number of Days: 3
Group Size: 1
Trip Introduction:
Two boundary water items on my bucket list – Isle of Pines and Kekekabic Lake. It’s a long trip with tough portages going from Snowbank EP27. I started with a day paddle on May 11th, then got to Piragis on May 16 at 6am to pick up my permit and any additional equipment I forgot.
Discuss Trip: View Discussion Thread (10 messages)
Report 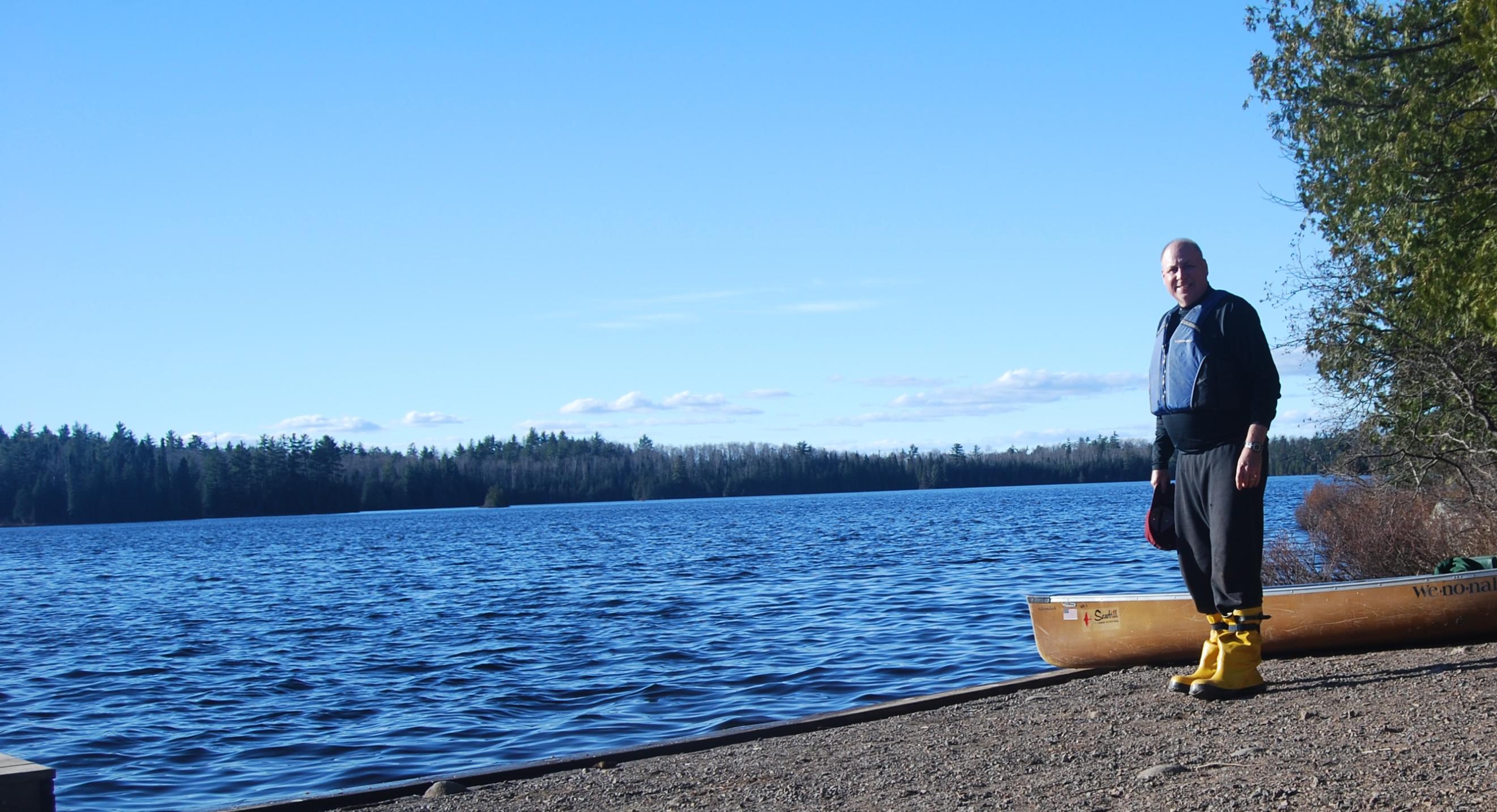 I started my trip five days early with a daytrip to Sawbill – beautiful weather & great paddle. I thought I was ready. I was at the Snowbank Entry EP27 by 7am on May 16th. I was expecting poor weather but believed my training and gear would get me through the trip. An ambitious trip going from Snowbank-Boot-Ensign-Vera-Knife-Eddy-Kek ponds-Kekekabic-Strup-Wisini-Amakose-Gerund-Fraser-Thomas-Ima-Jordan-Cattyman-Adventure-Jitterbug-Ashub-Dissapointment-Parent-and back to Snowbank EP27. 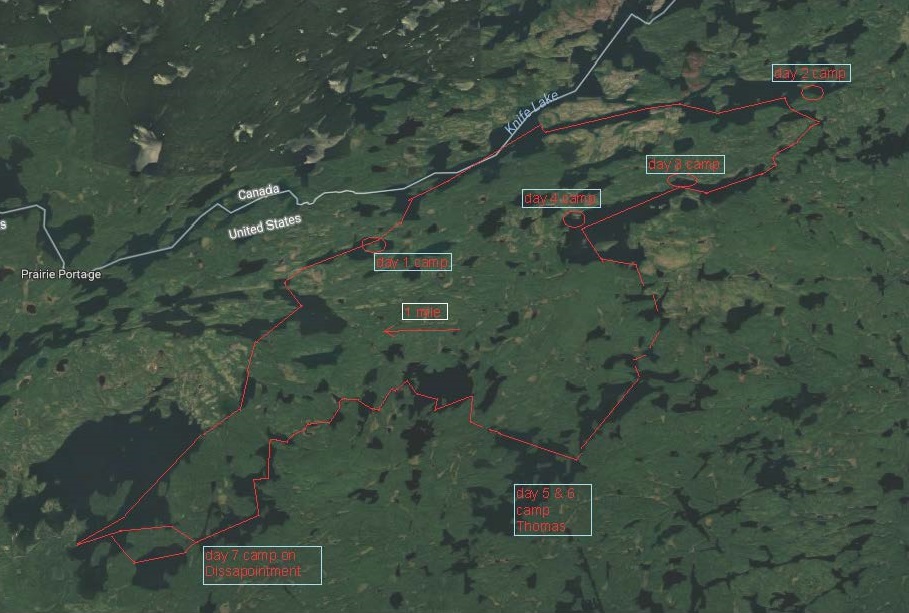 I made it to Ensign – was rained in for a day and turned around. Positive things – I made the Boot-Ensign portage with 200 lbs of gear. I had good gear – good boots – underarmour cold gear pants and shirt – layers of clothes – and rain gear – good stove – and plenty of food. Negative things – Too much weight – that’s why people on the solo forum always talk about taking less and lighter. If you have to do a quad portage – you will not get very far – negative weather – poor attitude. Steven Seagal has a movie where he says they are going to win because of “Superior Attitude – Superior State of Mind” – I had neither! Day 1 starts at work – got off and on the road about 8pm. Drove to Independence MN rest area and slept in back of truck for a few hours. Got up and made it to Piragis in Ely by 6am. Got my permit and made it to Snowbank by 7am. Took an hour and a half to load canoe and hit the water. It seemed beautiful but overcast. 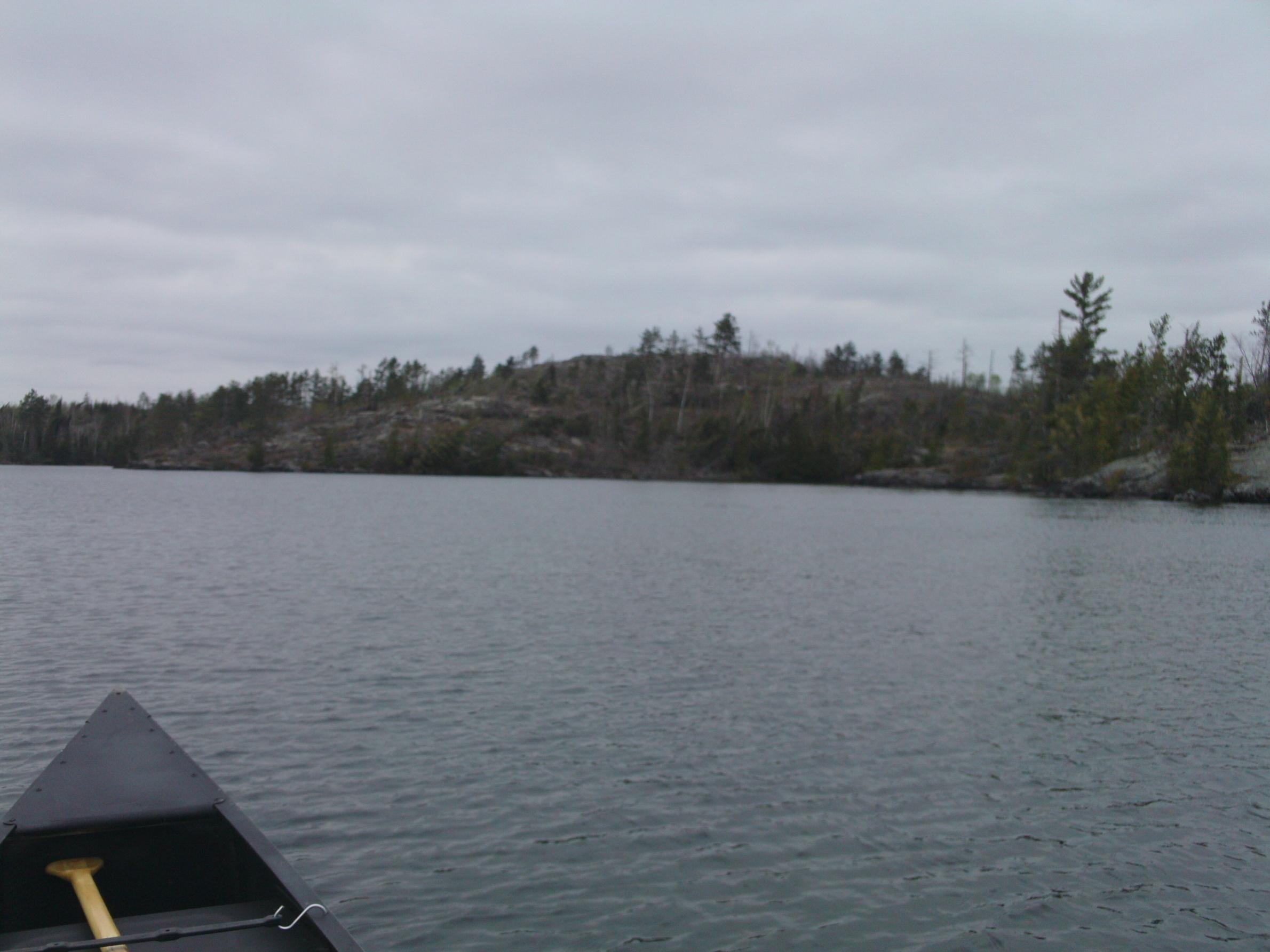 Paddled to the Boot Portage, two short ones. This is where I realized there was a problem. The first portage took 4 trips. I was hoping for an easy three. The next portage was a real short one to get into Boot. By the time I crossed Boot and made it to the portage it was about noon. It would 5 hours later and a quad portage with all my gear, alumacraft 70lb canoe, two granite gear packs, the superior and quetico (loaded to 45 & 55 lbs) and a day pack of 30 lbs plus misc fishing gear, net, tacklebox. It also started misting at about noon. By the time I made it to the first camp to the West on Ensign, it was getting cool and I was soaked. After getting the tarp up with tent next to it, I was too tired to even eat. 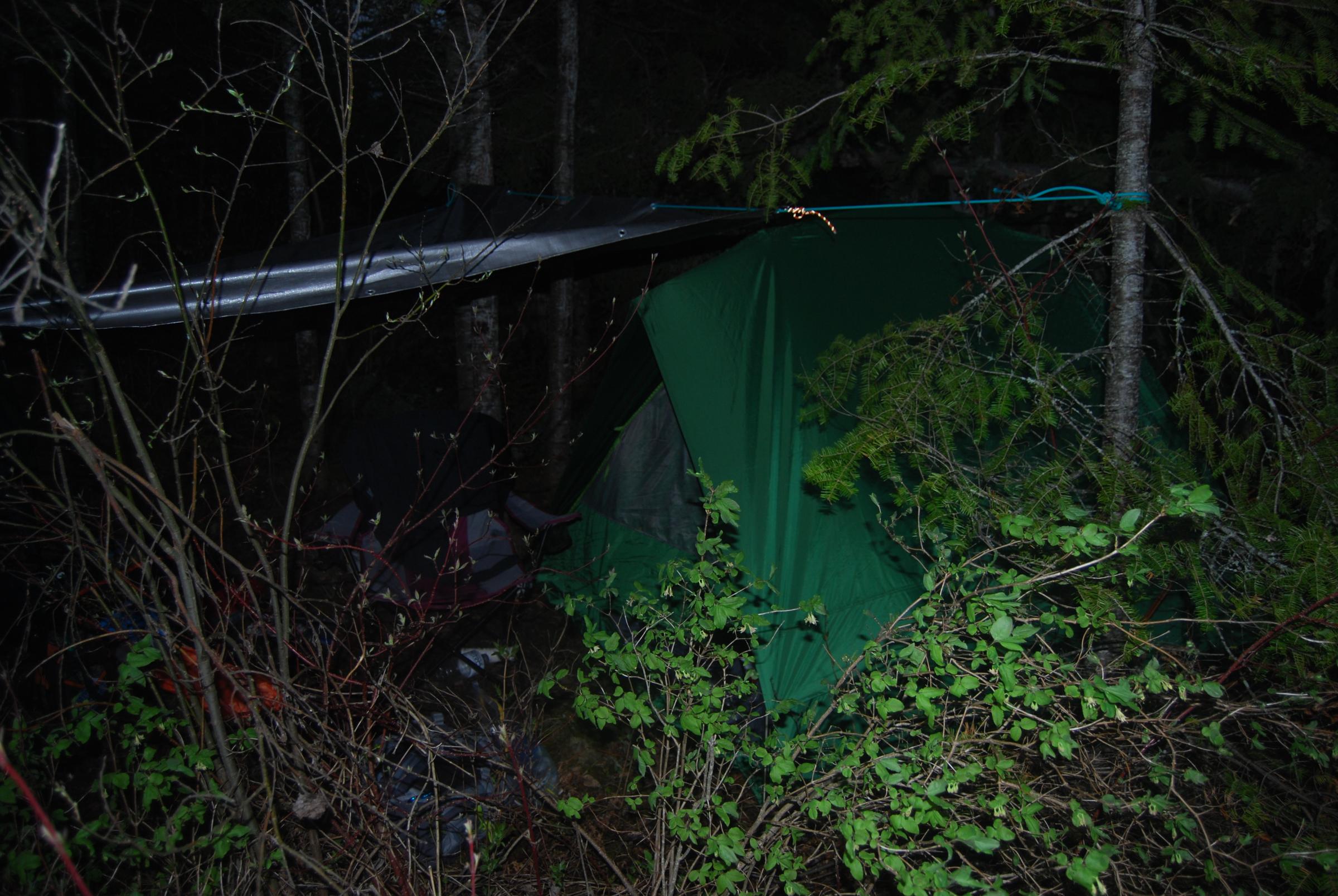 The thought of making food, cleaning, etc. was too much, so I hid the food pack in the woods (as bears are excellent climbers) and got into warm / dry clothes and went to bed with a negative attitude and defeated. The Kitchen had a beautiful view, but was underwater, wet, windy, unusable. 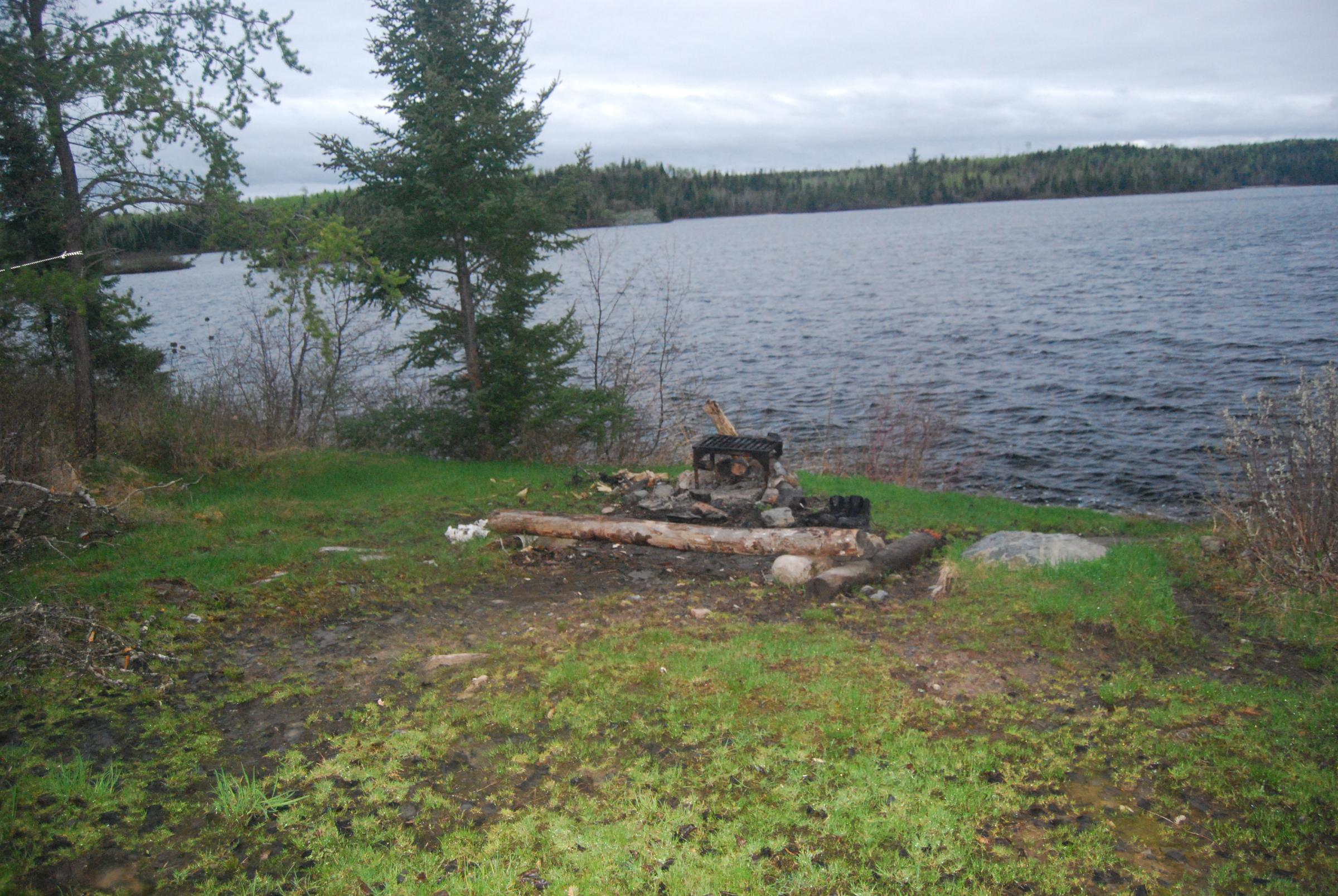 Day 2 started with continued overcast, mist/light rain, and the firepit was a mud pit. I did not want to be there, and all I could think of was I did not want to see my name in the paper as canoeist needed rescue in boundary waters! So I sucked it up, hoped my clothes would dry out, as I was not leaving camp until I had extra dry clothes in my pack, and at four good meals throughout the day. Nothing was really dry in the wet humid weather, so I turned in at dark and hoped for the best to start Thursday! Day 3 started horribly, as I awoke to a strong wind and knew the stove would not work in this wind, so I took a nap and woke up about 9am. The wind was still blowing strong, but I saw a few other canoeist at this point and decided I was packing up and heading home. I knew the weather would break and I would get out. I was back on the portage to Boot, and the sun broke out about noon. I got to Boot with a triple portage in 3 hours and contemplated staying on Boot for a couple nights, but I remembered the weather forecasts were miserable for the whole week. 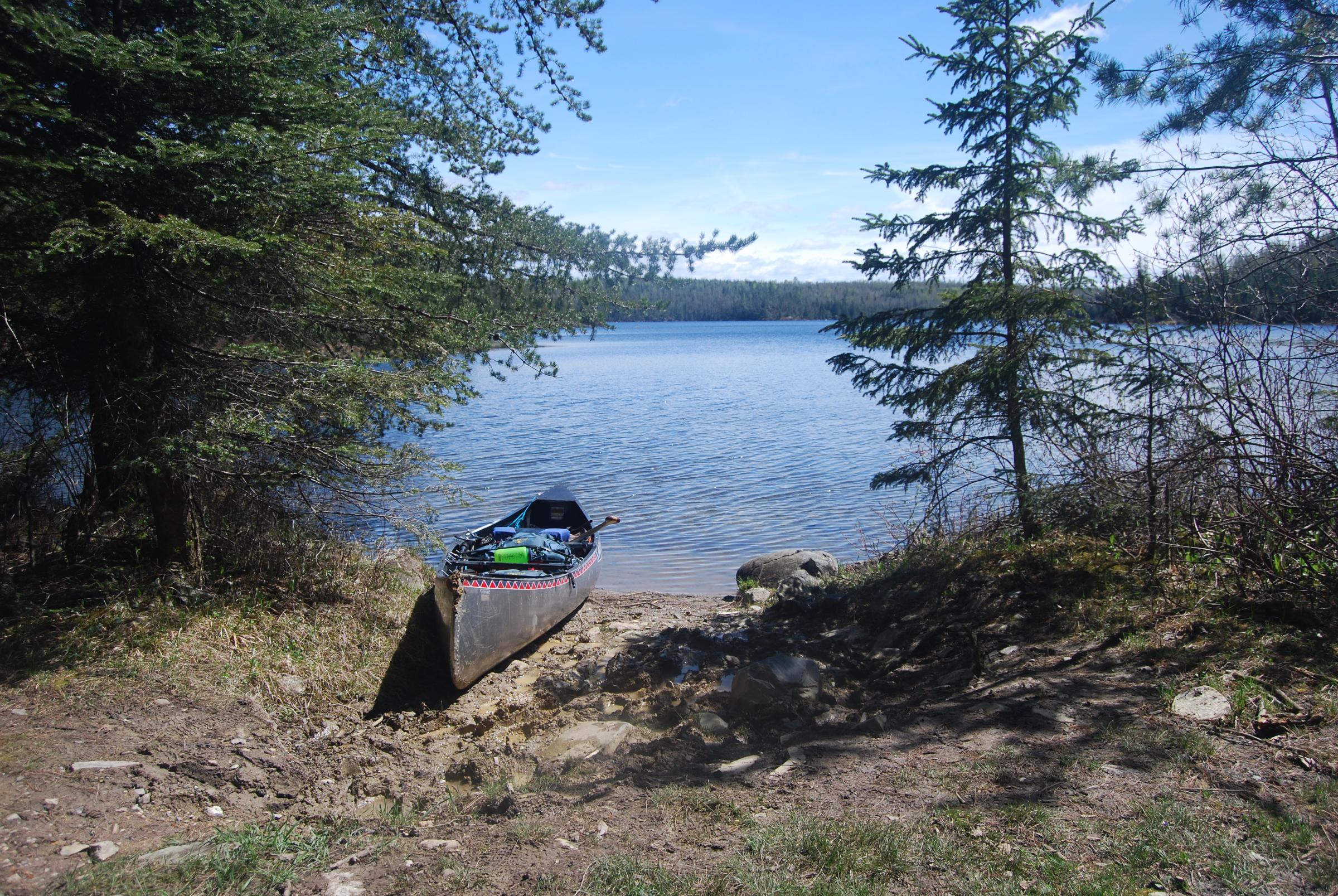 I then continued on to Snowbank and as I got on the big water the wind picked up, but never got too strong and the Alumacraft is a very stable canoe. I was on the road and in Ely by 7pm. Lots of lessons learned, but I did not want to head back up to the BWCA again this year. Postscript: I had planned a trip with my Cousin for June 6 to 11th and I really did not want to do it. I talked to him several times and made it known if he could find somebody else, I’d be fine skipping a year. But he kept me in the game and we had a great trip – I will post that later. I still questioned whether I would want to go alone again, but I really want to go to the Isle of Pines and Lake Kekekabic, so about the middle of September I decided a 7 to 14 day trip would be nice, and for work, the 2nd half of September would work out really well. So I am planning to try this again in September of 2018. This time lighter gear, less gear (watch weight) and keep a SUPERIOR ATTITUDE. If you don’t want to be there – it won’t be any fun.
Back to Trip Report Main Menu