We slept in probably the latest I've ever slept in the Boundary Waters on Friday, an intentional camp day to relax and unwind given that the Angleworm Trail is too short to break into three hiking days without looping back. We were still lying in the tent when I heard the solo hiker from the day before coming by on the trail, so clearly he'd made an early morning of it, but it was well after 8 by the time I started making coffee. M helped me make a big breakfast, and we spent the rest of the day relaxing. As so often happens, I'd forgotten to take any pictures the first day, so I made up for it on day 2. 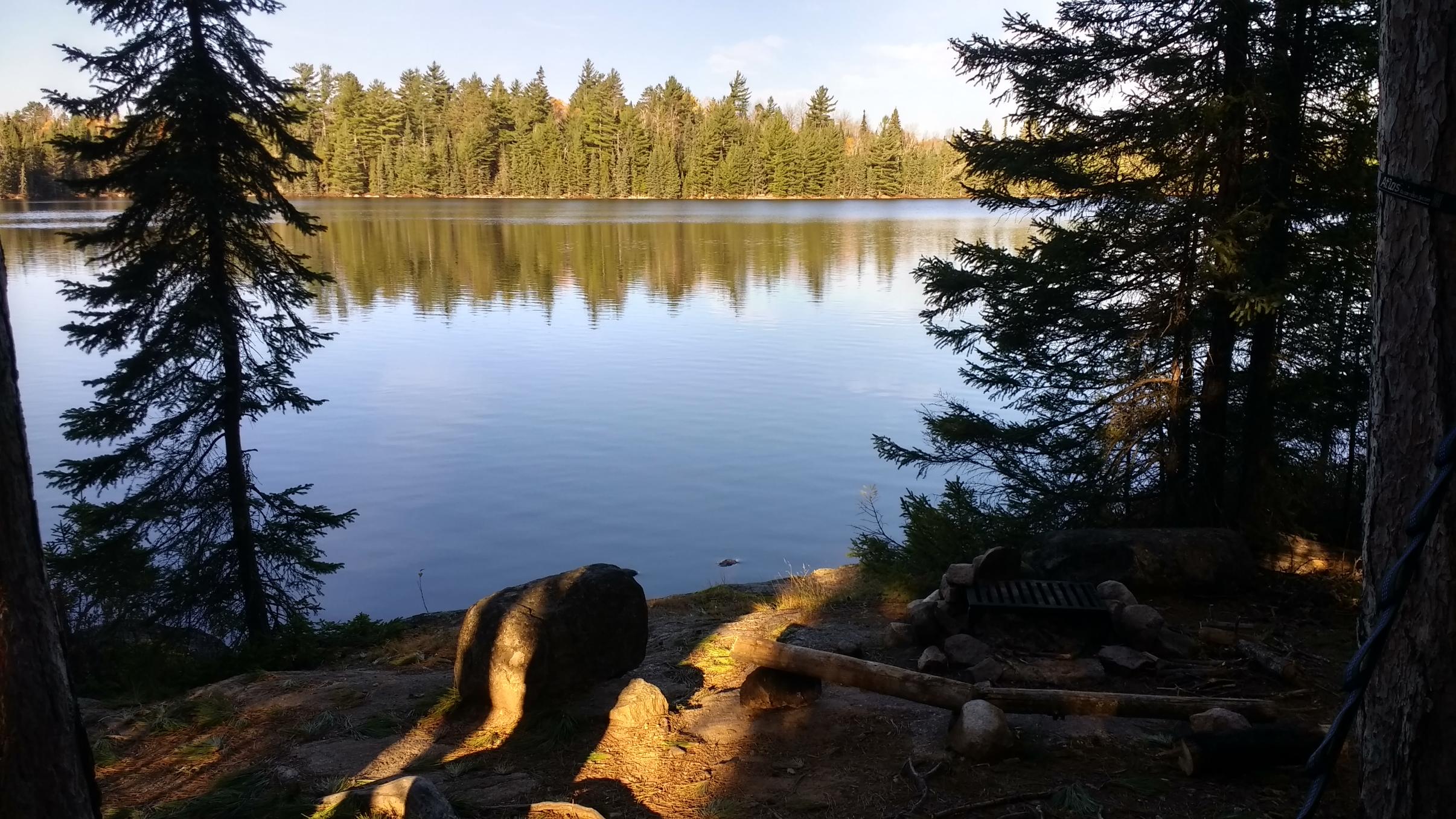 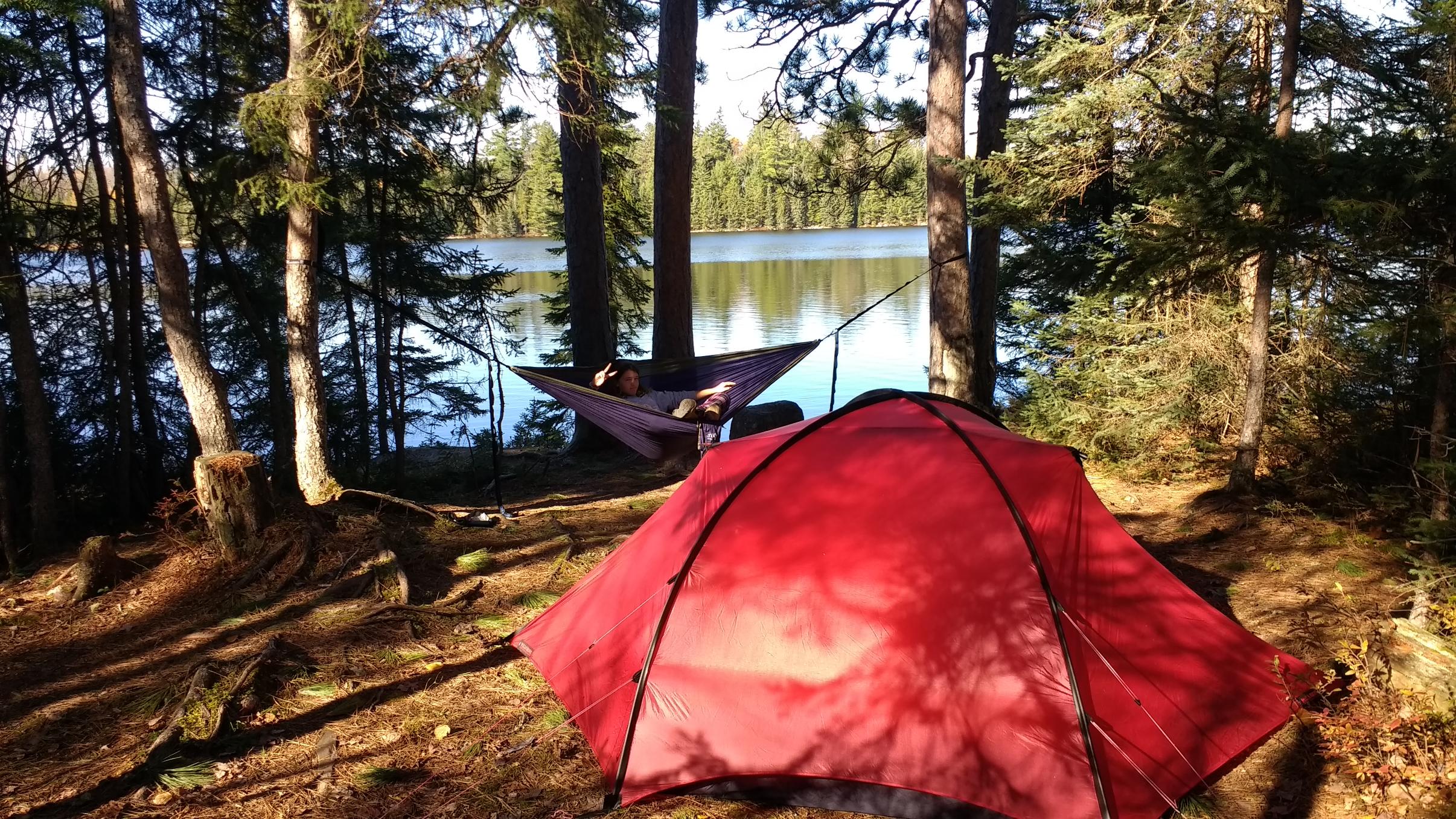 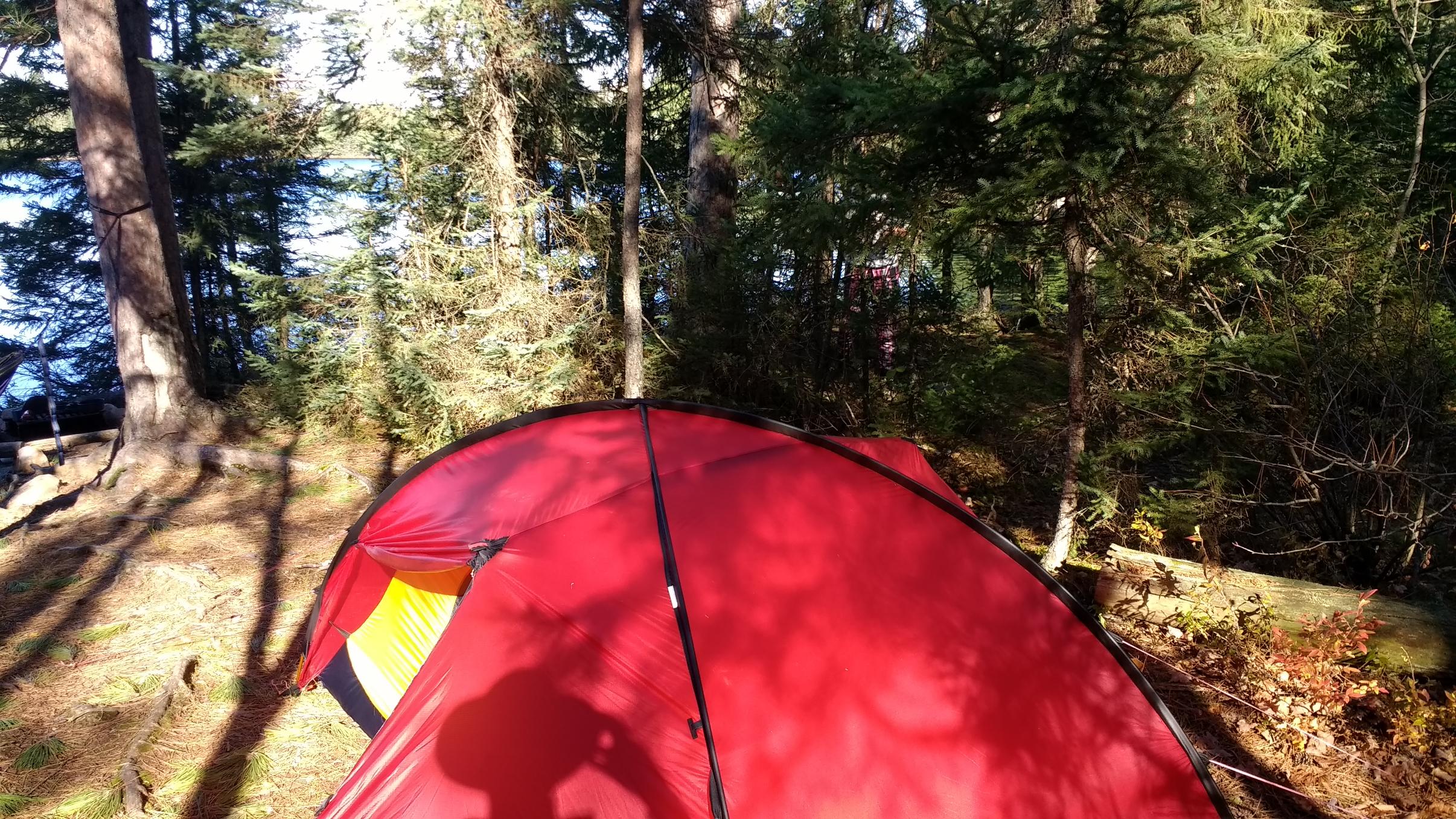 As always happens in the woods, despite having worked fairly hard, we found we were less hungry than expected, so we skipped lunch, and then ate our lunch - biscuits and chili - at almost dinner time, leaving the freeze-dried dinner we brought in the bear vault. We sat in the hammock and watched the stars come out over the almost glass-like lake, while we had a Trailtopia apple crisp, which M now basically requires at some point in the woods.