Trip Type: Paddling Canoe
Entry Date: 06/18/2016
Entry & Exit Point: Quetico
Number of Days: 7
Group Size: 2
Trip Introduction:
It was a dark and stormy night... lol, well, actually I was just driving down the Interstate on my way home from work in the fall of 2015 when I got a wild hair and put in a call to Canoe Canada and put my name on the list for June 2016...
Discuss Trip: View Discussion Thread (8 messages)
Day 1 of 7
Saturday, June 18, 2016 Had come up the day before from Indy, stopping in Wisconsin to sleep. Woke up early & super nervous after talking to Shane at Canoe Canada about our route (had planned for months) and was ready to hit the road. With 3 kids at home, had decided to skip on the GPS or a SPOT device and rely on just maps & human intuition. That, after all, is part of the experience. After a bumpy ride into the park in an old Tahoe, we made it to the parking lot, unloaded, geared up and snapped a pic before heading out. I officially made it 5 steps into the wilderness before slipping on a rock and falling down with a canoe on my head! Not to be discouraged (pride goes before the fall), I popped right up and continued down the portage (arms burning & sweat pouring to hold up a now unbalanced canoe...) before putting in at Stanton Bay. After calming down for a minute, got the kevlar canoe (worth it) loaded up, rods hooked up and off we went. Paddle out was easy and beautiful. Stopped at an island just southwest of Stanton bay in Pickerel to grab a drink and calm down some more, this being my first real experience in a big wilderness. Threw in a white jig (best bait ever) and promptly caught a mid 20's pike. Good start! Made good time paddling, rounded the big Island and did some trolling. Swear I saw lake trout breaking the surface. Stopped at Watasi island for lunch before pushing into Pine Portage bay. Fished at the portage into Dore there near the boiler, caught several smallies including a 20 incher (trip getting better!). Portage into Dore was easy. About 10 miles total, 8.2 paddling. Setup camp and fished some more, caught several more smallies and pike. 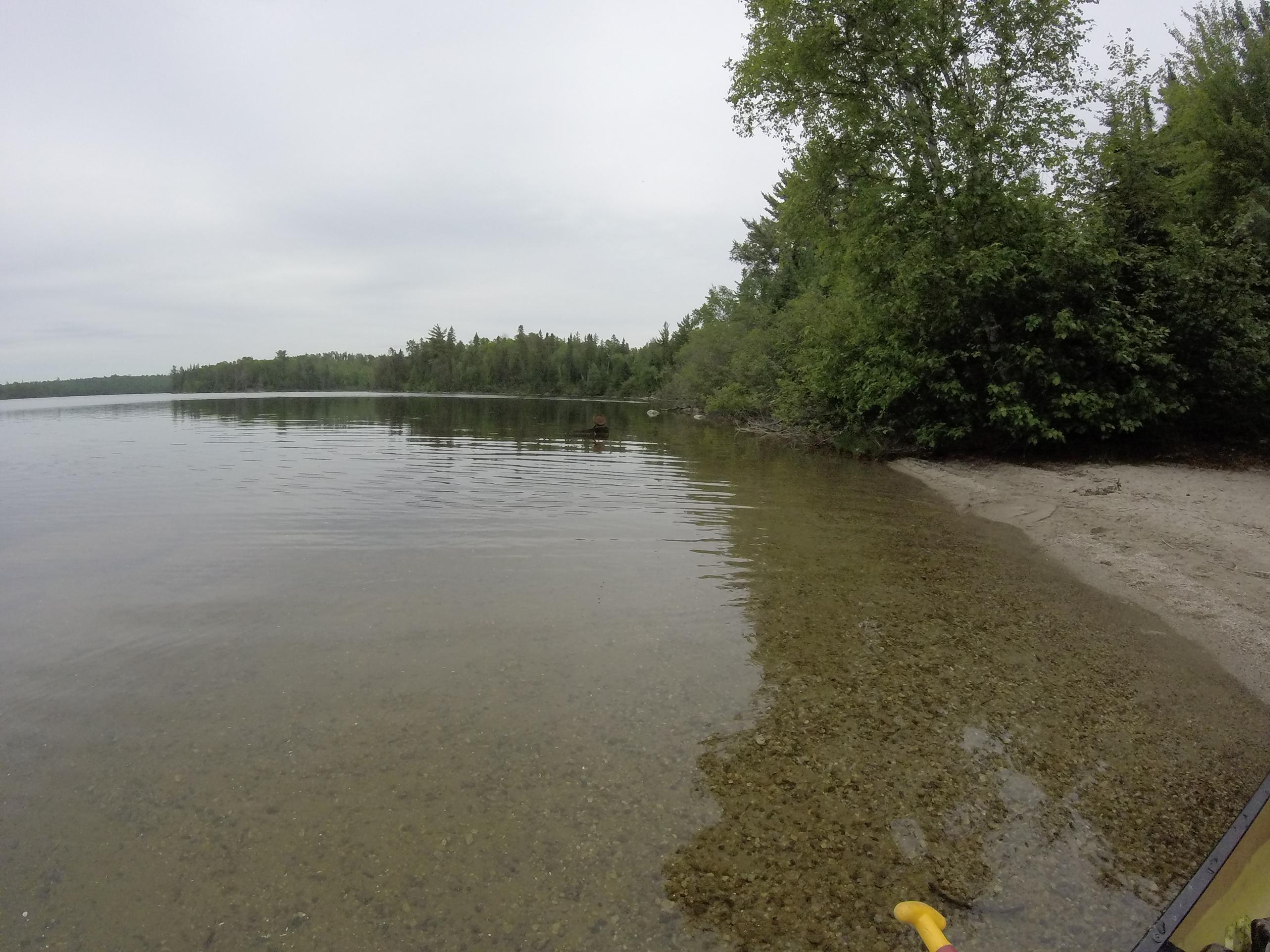