The plan was to meet Friday for dinner at the Chocolate Moose in Ely. I walked in to find a small motley group of internet screen names meeting in person for the first time. In addition to BeaV and myself, there was a grey-haired gent called ‘Mzee’ who was attempting the 262-mile challenge. Mzee is from Connecticut, and is also a Watertriber who had previously finished the Voyageurs 200 mile as part of a tandem team. This time it was all soloists.


A few people present had joined the event with partial-distance challenges and their own personal goals. And then there was ‘GrandmaL’. She is an actual grandma who loves canoe camping and has a lifetime of exploring the outdoors. She is an unbridled extrovert and about as friendly as it gets. Early on, GrandmaL had volunteered to help organize and provide much welcomed logistical support for the challenge.


Over a burger and a beer I learned that the plan had changed a bit- and for the better. Originally, we had planned a shuttle to leave from Ely as soon as wilderness entry permits were secured- drop off paddlers at Crane Lake, and continue on dirt back roads to International Falls, where we would launch around 1pm. However, GrandmaL had family in Ely who were going to drive separately to Crane Lake, so that BeaV, Mzee, and I could take highways and launch earlier around 9am. Day1 just got four hours longer, and I was almost certain to make my first-day’s distance goal- and maybe further. 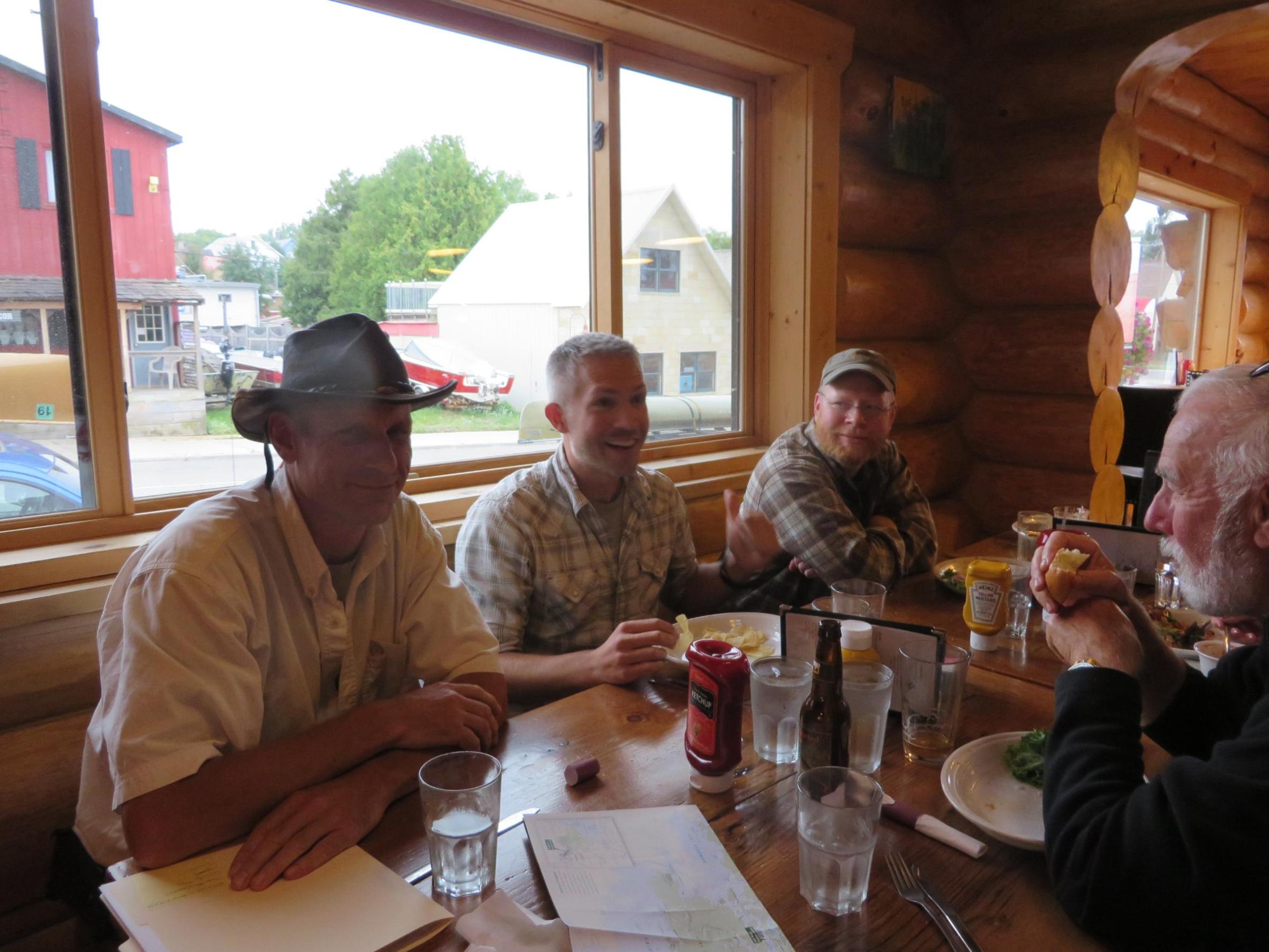 After dinner, we loaded canoes on a trailer and planned to meet the next day at 5:30am. BeaV had brought a Wenonah Advantage he bought just for this trip, and Mzee had a brand-new carbon boat with a beige gelcoated bottom and not a scratch on it. I felt like somewhat of an underdog with my Northstar Magic I had bought used as a rental-fleet return a year earlier. While not as sleek as the other boats, it is certainly not slow, but is a trusted design in a lightweight kevlar layup that I had paddled hundreds of miles in training. I had recently refinished the bottom below the waterline with a new coat of epoxy; so despite the character of a well-used canoe, at least the portion meeting the water was buffed to a drag-reducing gloss.


Everyone retired to local hotels, but I had planned to dirtbag it in the back of the car at a trailhead parking lot just outside of town. I had slept here a few times before. The spot is quiet, dark, and holds good memories from previous trips. I was more excited than nervous, and enjoyed a few minutes to review my morning plan and check weather. Rain was coming in.