I like to get up early when I travel by canoe. Like 4:30 early. I like to be in my canoe and on the water by 6:30 or 7:00 each day (unless I'm up there in September, then it's still dark!). It is usually the nicest time of the day in my opinion. I goofed around camp while packing my gear and drinking coffee. The days travels would bring me into a part of the BWCA which I had never been, and my previous night's doubt turned back into wide-eyed anticipation. My goal was to make it to Mora, with the possibility of stopping at Afton or Whipped if need be. 13 miles. A good stretch for me for one day.

What I ended up experiencing on this day can be described as nothing short of epic. What an incredibly gorgeous and wild area to have the privilege of witnessing with my own eyes! I never saw another person (for 42 hours actually) all day, and was only occasionally reminded that other people had been through here by the shiny glint of aluminum or the tell-tale sign of green gel coat on rocks barely beneath the surface of the water. I tried to imagine carrying an aluminum canoe through here rather than the 29 pound beast I was hauling around. The weather was beautiful all day, lots of little portages, and plenty of water to navigate through. Most of the beaver dams (a dozen-plus) were the kind you could paddle right over, with only a couple requiring the removal of gear from the boat in order to get over.

I did run into a little trouble on the west end of Pencil lake. The portage out of that lake is marked wrong on both the Voyageur and Fischer maps, as they both show it on the right (north) side of the lake. I spent a good twenty minutes looking for it before I found it on the other side of the lake, and literally two feet from the top of the descending rapids. I became a little rattled by this, but still had my eyes on Mora for the day's destination. Paddling by both the Afton and Whipped campsites, I'm glad I was still on schedule to make it through. They were both of the variety where you could stay for the night if you needed to, but not necessarily desirable sites. It should also be noted that the little (20 rod) portage between Afton and Fente totally lives up to it's reputation. I thought it was extremely steep and treacherous going up, until I made it to the top and started heading down the back side and finding out what steep and treacherous really means. I lived to tell about it....but just barely.

I made it to Mora, and I'm glad I did. Nice little lake. Mora is the tale of two lakes, as a good part of the northern and western side are burnt to a crisp. I believe I had the only good campsite on the lake, #527. I unloaded my gear, set up camp, and had a chance to appreciate that which I had just accomplished. It was certainly a personal victory for me to tackle that Frost River route which I had heard so much about. I passed through Octopus, Chase, Pencil, Afton, Fente, Whipped, and of course miles of the Frost River, before ending the day at Mora. 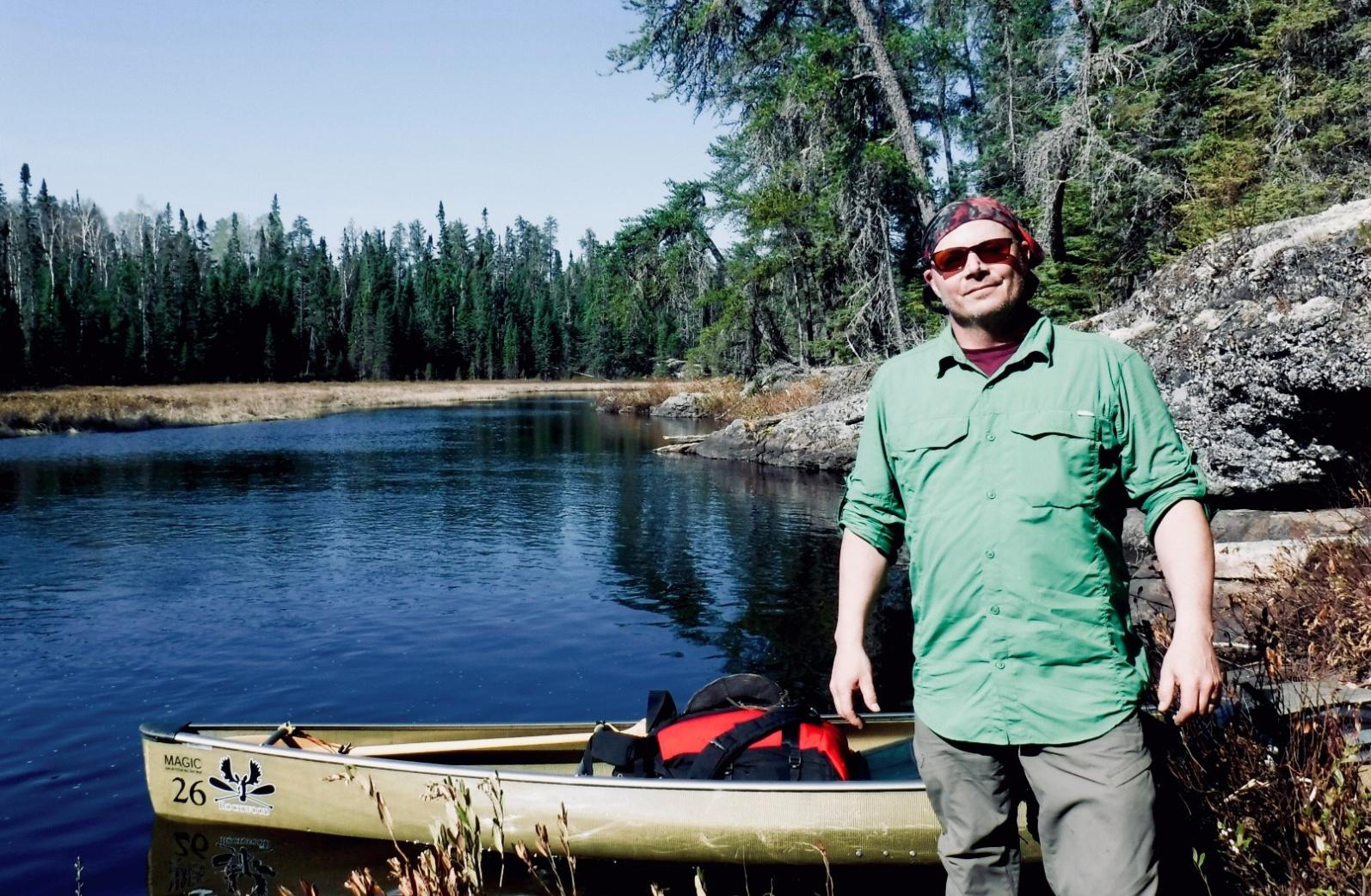 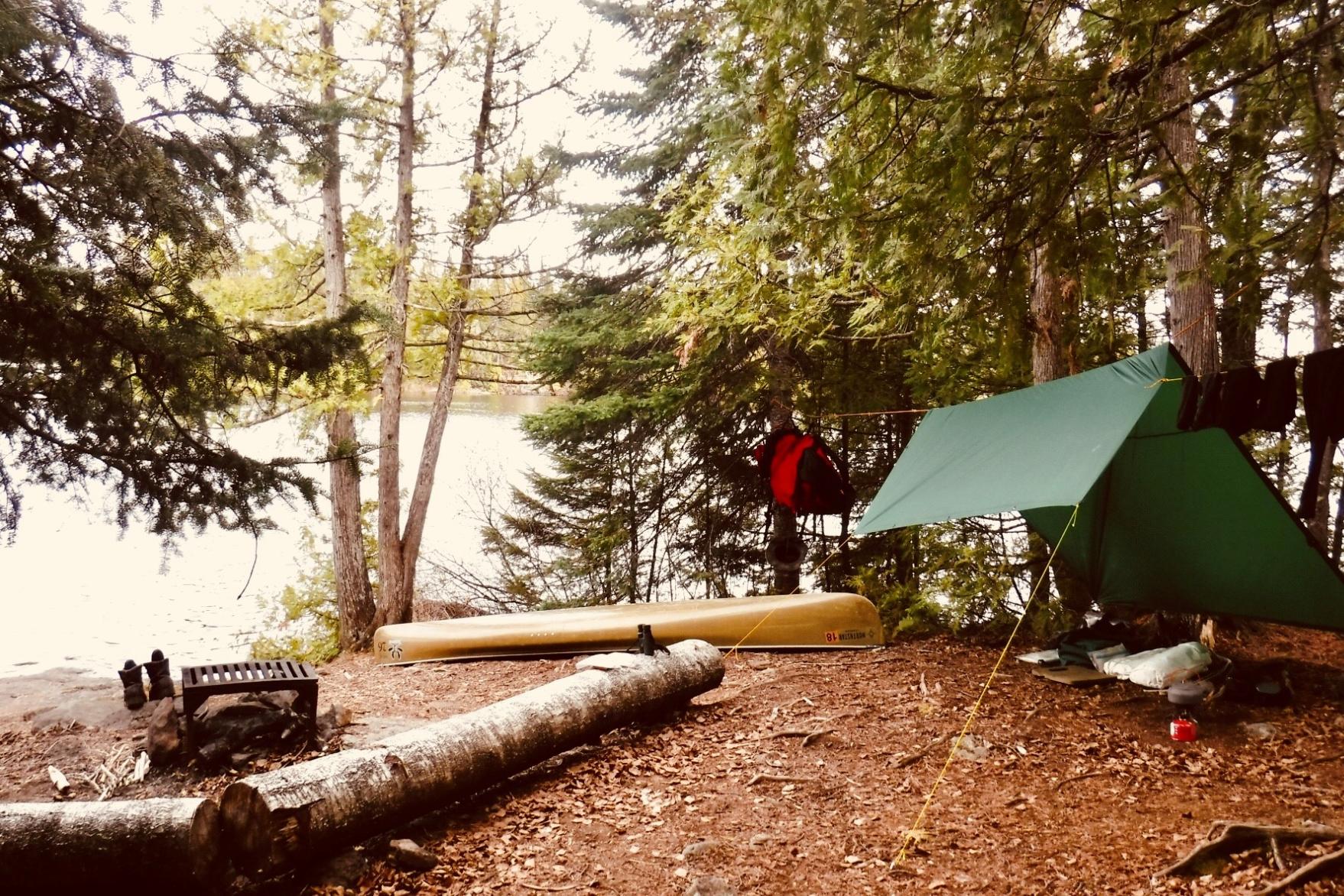 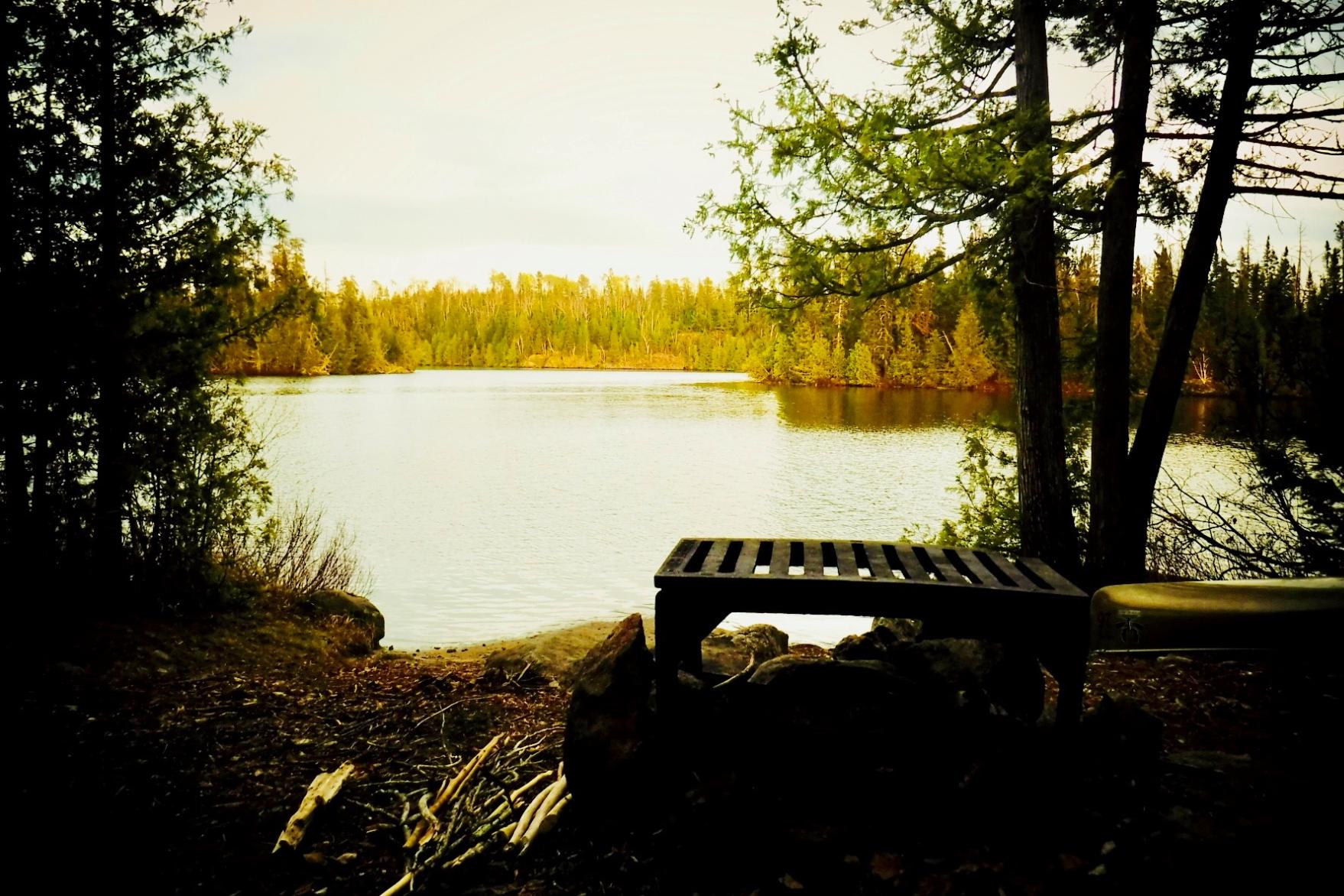