Trip Type: Paddling Canoe
Entry Date: 09/17/2018
Entry Point: Moose/Portage River (north) (EP 16)
Exit Point: Kawishiwi Lake (EP 37)
Number of Days: 27
Group Size: 1
Trip Introduction:
I will start in Ely, sept. 16th. My wife and I had driven from Bemidji in the morning after visiting my daughter who is going to college there. Weather, gorgeous, sunny, 84 degrees. Vikings vs Packers game ends in a frustrating tie game. Sat out that evening on the deck at Adventure Inn and talked with two guys from Texas who had just come out. One of them, during our conversation asked me when the cold weather starts up here and this is where I may have jinxed my trip, when I replied jokingly "tomorrow".
Discuss Trip: View Discussion Thread (27 messages)
Day 1 of 27
Monday, September 17, 2018 The adventure begins... Got up at 6am, grabbed coffee and pastries in the lobby. Got loaded and we headed down the Echo trail to EP#16 Moose River north. My wife helped me carry my gear down the 160r portage, loaded my Prism. We said our good byes, made out, and I was on the water at 8:10am. I wanted to look back but didn't, feeling like a little kid going on his own for the first time. Not sure why I felt that way as this was not my first trip up here, but it was my first solo. Really wishing she could have come with me as she is the best tripping partner, but one of has to work and hold down the fort and I was glad it wasn't me having to do that. But as I rounded that first corner I was hit immediately by feelings of fear, aloneness, excitement, and freedom that were almost overwhelming. I took a couple deep breaths and paddled on. I hit the first portage almost right away, the map said 20r, but it couldn't have been more than 5 or 10. Stepped into the, what appeared to be shallow water on the far side of portage and sunk to my knee in mud. Hit my other knee on a rock or root and the canoe came down with a bang. My knee started bleeding through my pants a bit, but I ignored it and paddled on. Paddled a bit further to another short portage, map says 25r but seemed shorter. The morning was cloudy and a lot cooler than yesterday with sporadic light drizzle and maybe upper 50's. Paddled a bit further and encountered my first beaver dam, maybe a 10-12" drop in my new Prism. Picked my spot and gathered speed I almost made it over before coming to a stop with the stern still on top. Felt a bit tippy, but with a strong stroke or two was clear of if. Ah, yes. Paddled down the rest of the river to Nina Moose without incident as the drizzle was increasing. On this stretch of the river I saw 8-10 Trumpeter Swans, quite a few ducks, Canadian geese and passed 8-10 canoes heading the other way towards the EP. It was gray and drizzly across Nina Moose lake where I saw no one and was back on the river headed north. Did the 70 and 96r portages and before I knew it I was on Agnes lake. I tried to get a look at where the Oyster river flowed in, but there was a pair of adult and a juvenile Trumpeter hanging out there and respected their space, but from the channel could not see the river at all. As I paddled across Agnes I saw no one on the water or in any camps. As it was only noon when I got to the middle of Agnes I decided to push onto Boulder Bay. So I did the 19 and 68r portages. I decided to take the camp site just NE of the portage, my wife and I had stayed there before and really liked it. Nice big site in a little bay out of the wind. It's in a red pine grove with a couple of big erratic rocks and a huge sloping rock to the water. Set up camp, and cut some wood. The drizzle during the day had made things damp, but didn't soak so was able to have a fair fire. No sunset or stars tonight. 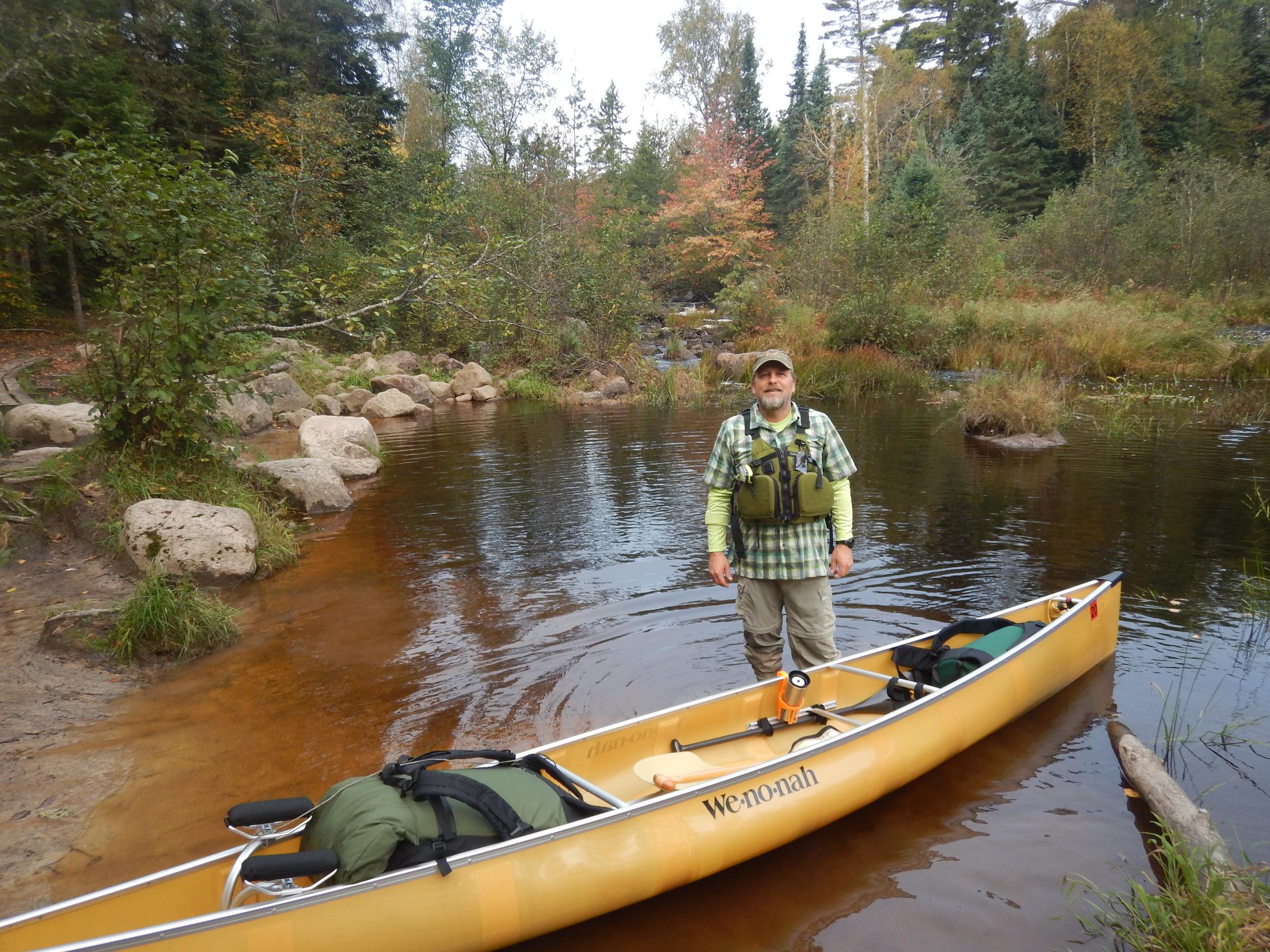 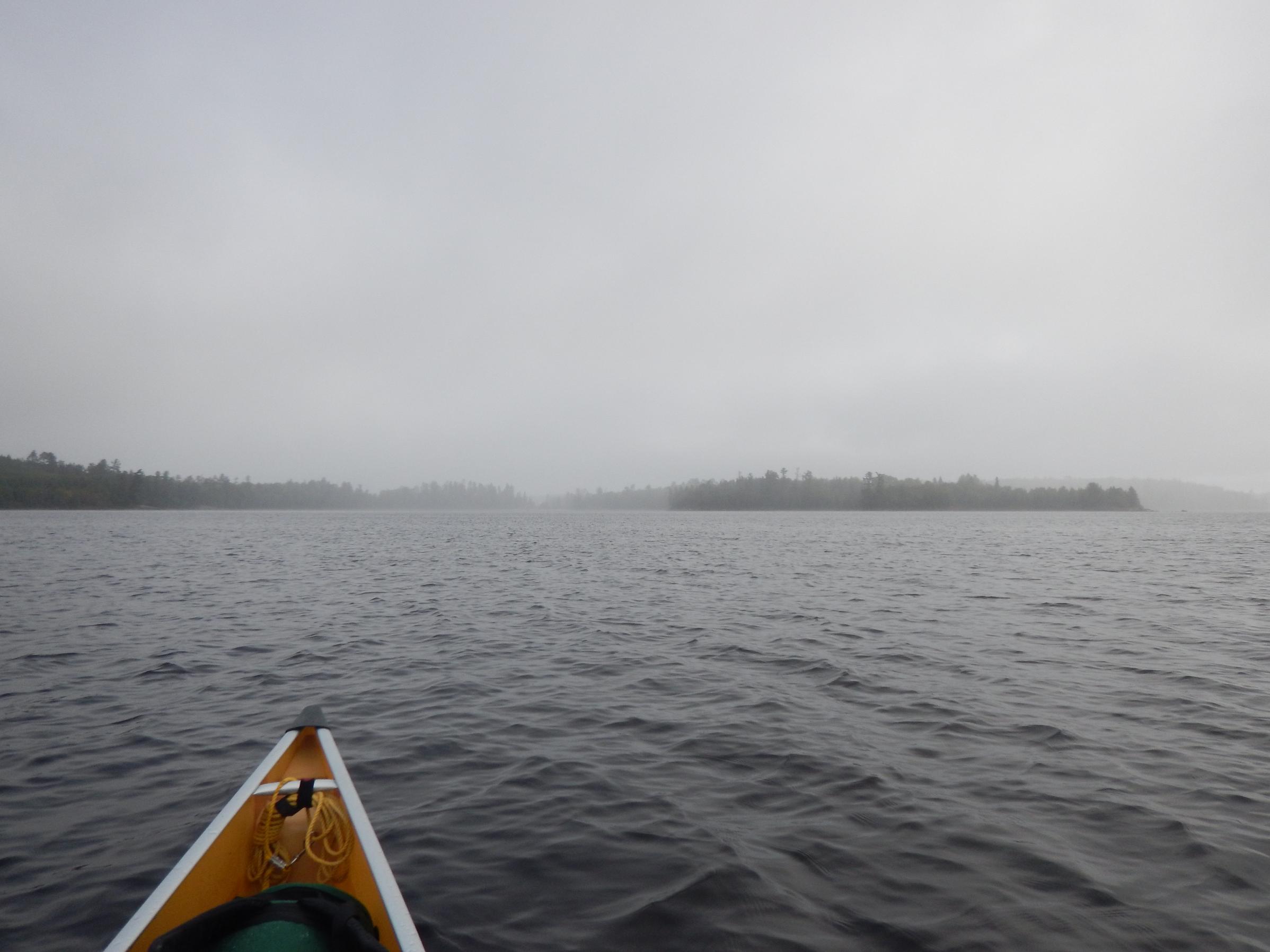 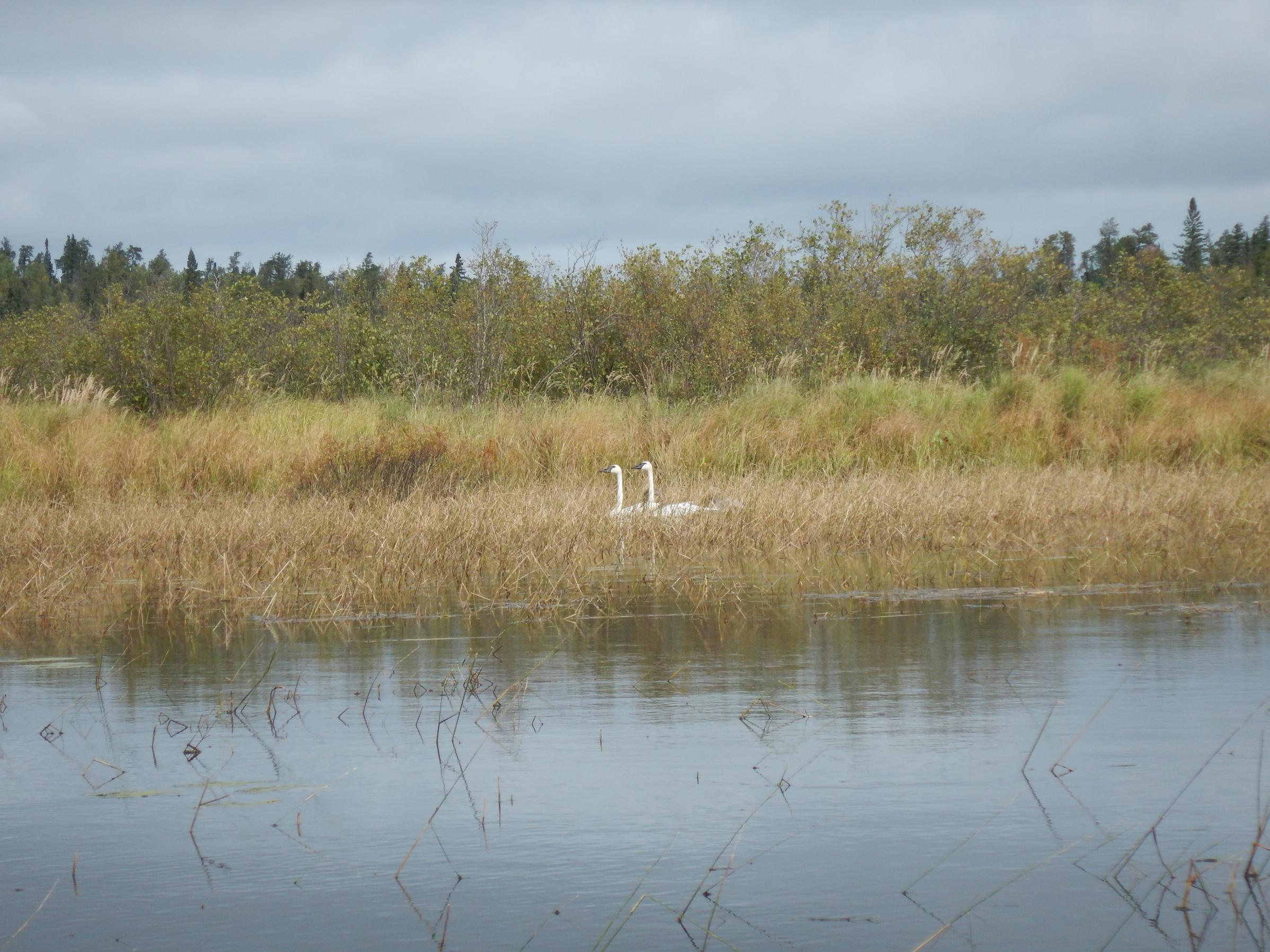 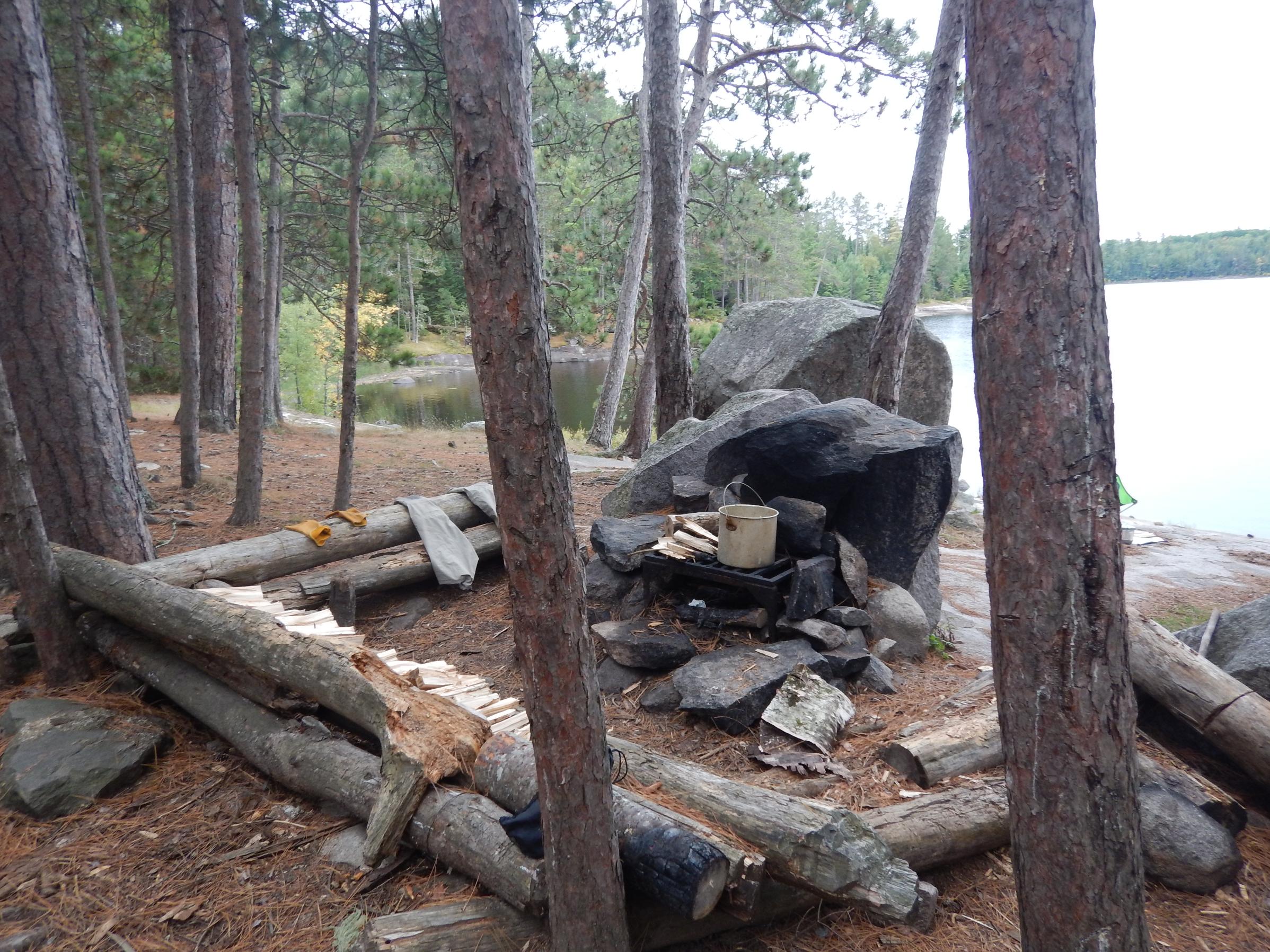