2007 Flying Start to Quetico
by TrailZen

Had our traditional breakfast stop at Britton's, but a bit later than usual because we were to meet the outfitter's shuttle to Ely's Shagawa Lake Seaplane Base at 9:00. At Piragis we found our rental Wenonah Minnesota 2 already on the shuttle van, and added our gear to the van. Waited a bit to get word from the float plane pilot, then headed to Shagawa, where the canoe was strapped to the left float of a DeHavilland Beaver of about the same vintage as we are (Note: we're both 1951 models, and while writing this up, I discovered that our plane, tail number C-FHAN, was actually a 1952 model). Ron, our pilot, flew us first to Sand Point Lake (about 32 miles from Shagawa) so we could clear Canadian Customs, then flew us to Lac La Croix, another 9 miles or so. Flying over the lakes, bogs, critter trails, and portages of Canoe Country is magic—not as magic as paddling it, but a new perspective for us. At Campbell's Resort we picked up fishing licenses, etc, then transferred the canoe and gear to our tow service boat—the only tow we've taken in our 40+ years of visiting the Canoe Country. We were towed to Twin Falls on the Mailgne River, where we ate lunch before paddling into Quetico.

Our first few portages of every trip are retraining opportunities—who carries what, how do I have camera access, can the life jackets be wrapped around the seats, etc. By the 460 meter portage into Minn, we had the system down and were firmly into our single-walk routine. Wind picked up through the afternoon, and we were seeing the occasional white-caps when we hit Minn. We found a beautiful campsite on a bluff with a protected cove for canoe access, and decided that we had found our home for the night. Had a big dinner—too big for the little work we did today—and lapsed into food comas, and went to bed at 9:00. 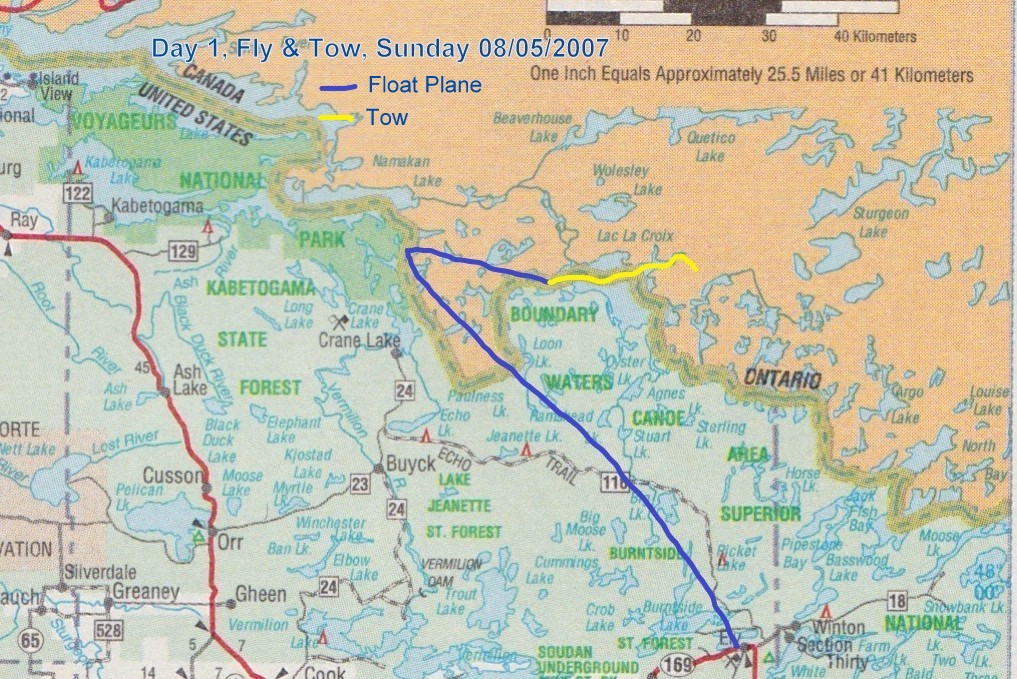 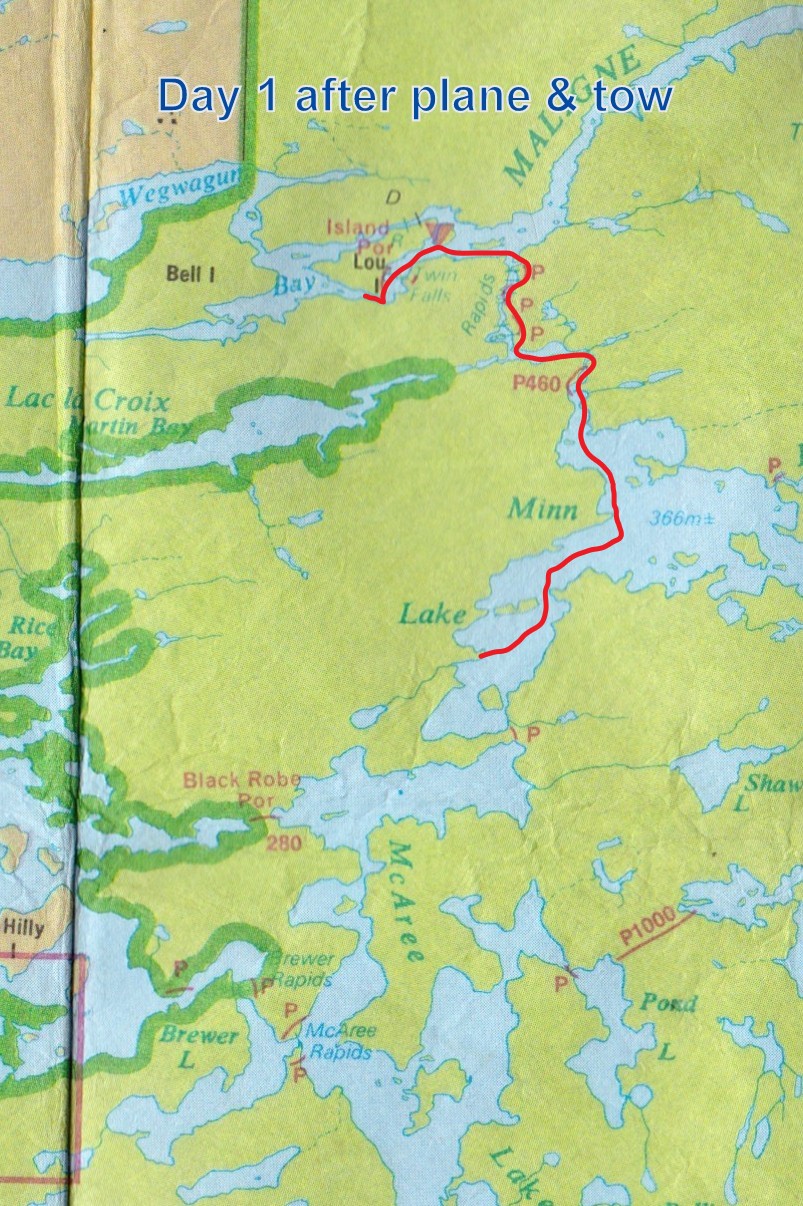 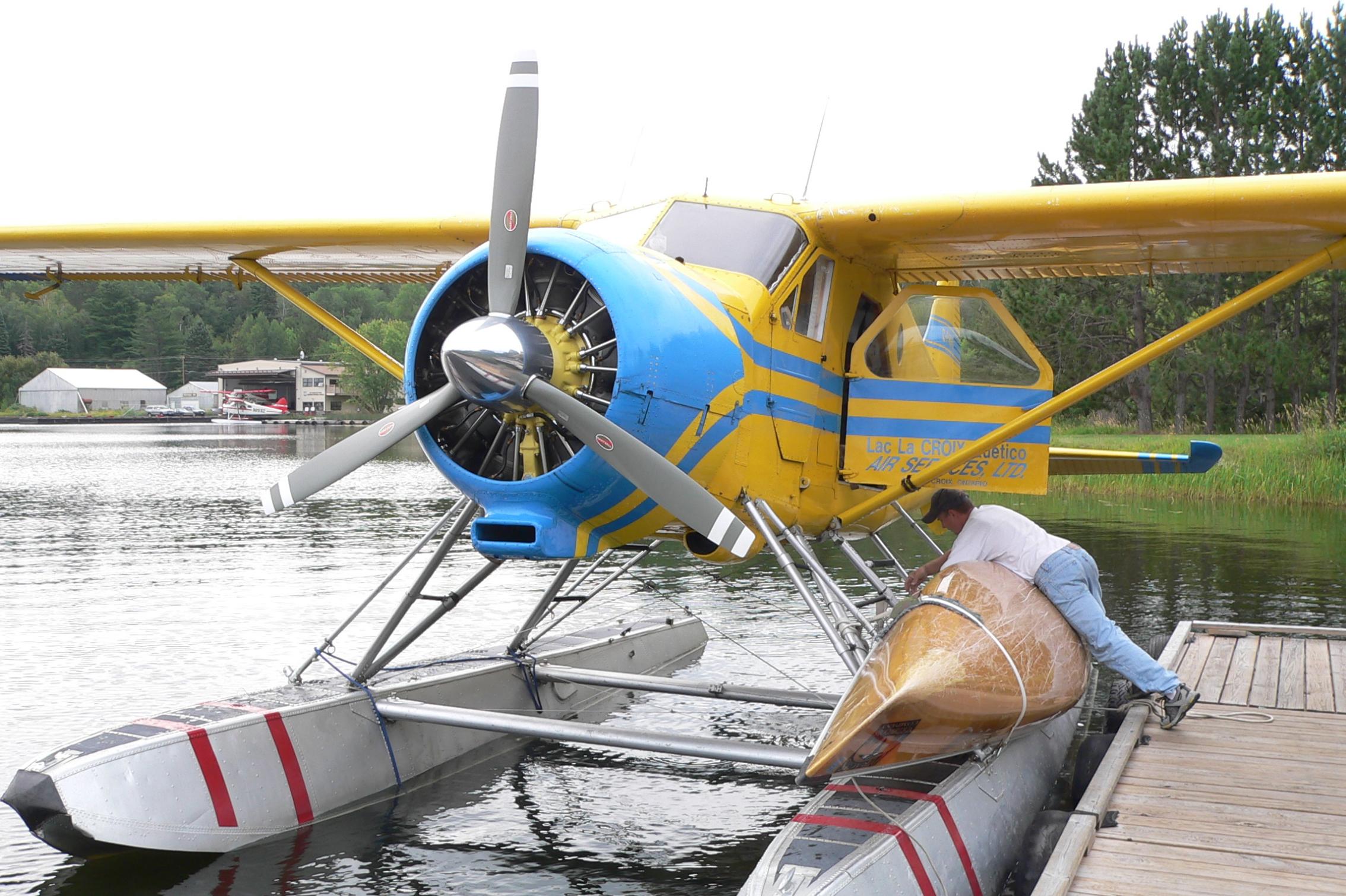 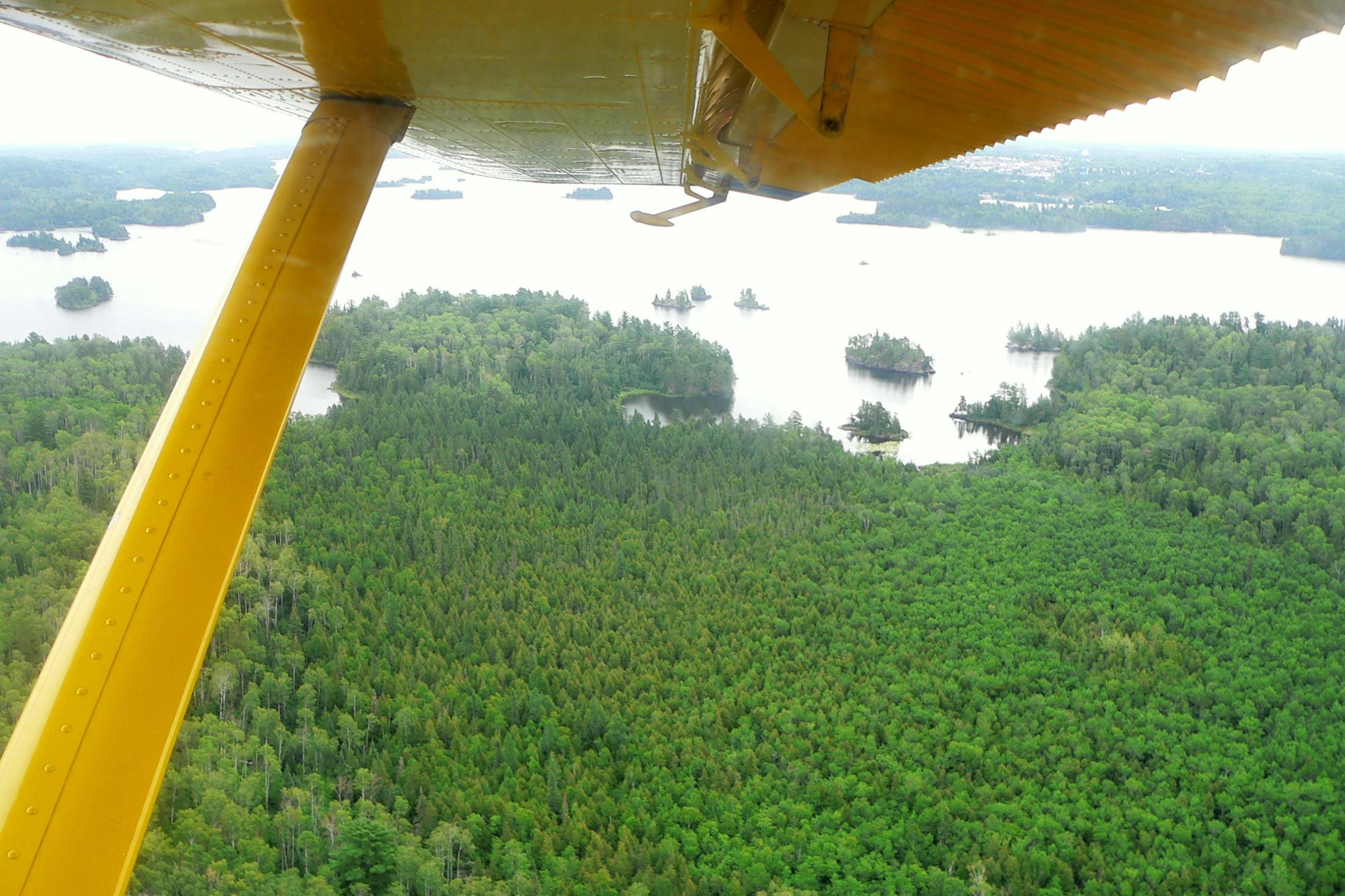 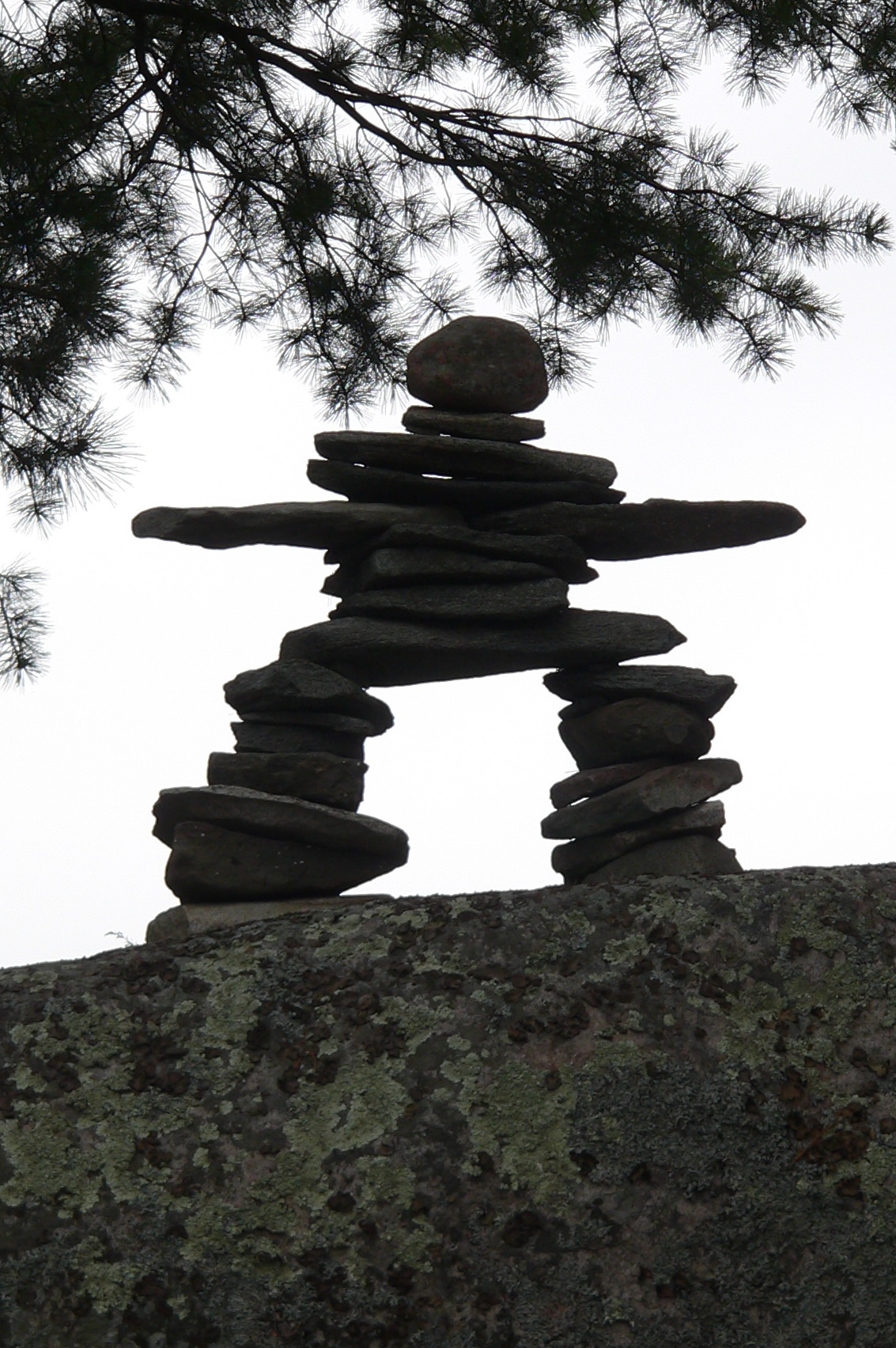 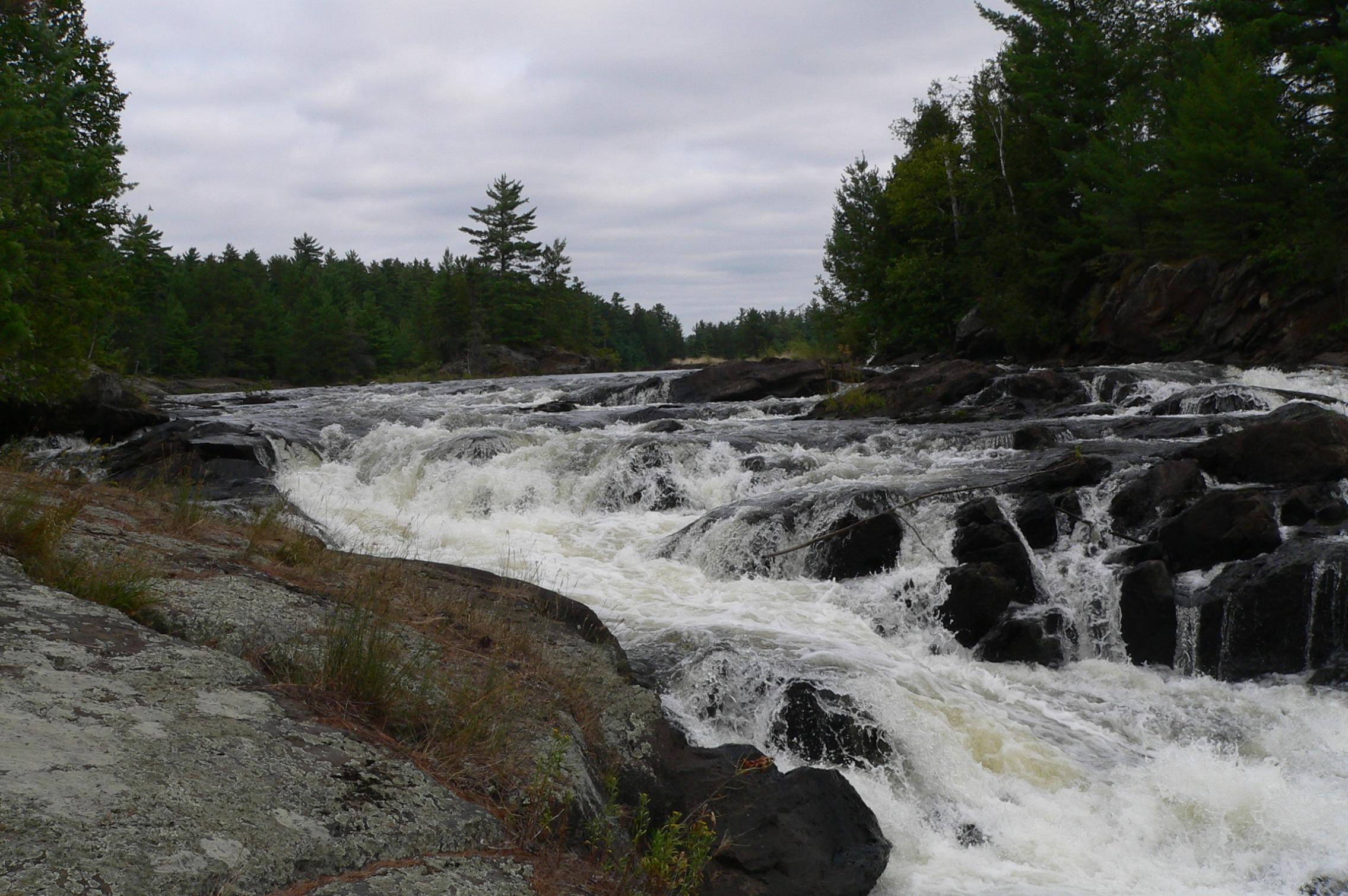