Trip Type: Paddling Canoe
Entry Date: 06/09/2017
Entry & Exit Point: Mudro Lake (restricted--no camping on Horse Lake) (EP 22)
Number of Days: 5
Group Size: 2
Trip Introduction:
My wife and I typically like to go later in the year, but we were hoping baby #2 would be on the way by then and she didn’t want to go on another trip while pregnant, plus we had a very busy end of the summer so we decided on a June trip.
Discuss Trip: View Discussion Thread (2 messages)
Day 1 of 5
Friday, June 09, 2017

We were up at 4 and out of the house by 4:35. There were two separate 55 mph single lane construction zones on I-35. The first one was long and the second one was short, (distance wise) but they didn’t really slow us down much since we weren’t in traffic. There was also construction between Tower and Ely and that really slowed us up. We got stopped by 3 flaggers. The first seemed pretty long, the second was over 10 minutes and felt like forever, but the 3rd one was quick. We arrived at Voyageur North around 10ish to pick up our permit, leeches, and a few miscellaneous things.

We made it to the Mudro EP parking lot between 10:30 and 10:45 and were on the water at 11:15. There were a lot of rocks and some narrow spots through the river. This was the first trip with my new (to me) Bell Northwind and it didn’t take long to put a few new scratches in it. At the beginning of the 140 rod a guy said it was ‘the portage from hell’. That makes two years in a row we’ve heard that! A guy also said that to us about 9 months prior on the portage from Skoop Lake to Cherokee Creek. It seemed as though it was a little tougher (more uphill) going in but not all that bad, although I was glad when it was over. On the next short 10 rod I picked up the canoe and realized it was backward. I decided to just go with it since it was a short, easy portage. Fourtown wasn’t as busy as I expected and there were quite a few open sites. 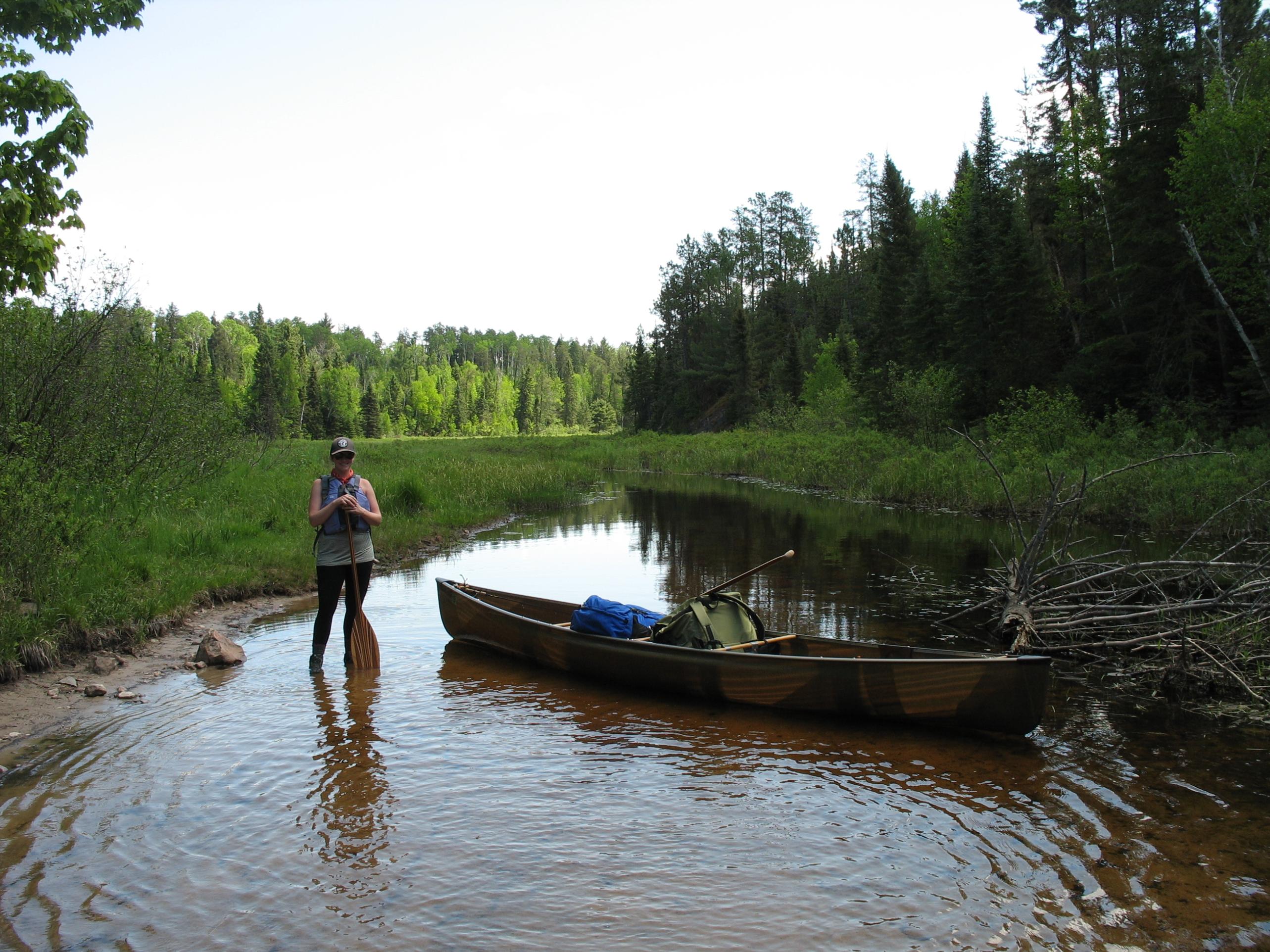 When we arrived on Boot we saw a canoe fishing the SW side. As we rounded the bend we saw two more canoes, and then two more. One canoe chatted a bit and asked us about the weather. All sites but one of the middle ones were taken. We decided to push on to Fairy since Boot was so busy and hoped one of those two were open.

At this point we were getting pretty tired. I decided to take just the one pack across the portage and see if I could tell if either of the sites were open. It didn’t look like anyone was on the lake at all. I went back for Claire and the canoe. As we got going we could see the west site was taken but the east site still looked open.

We arrived at our site just after 3. We grabbed a snack and hung the hammock. I paddled out to get some water while Claire relaxed in the hammock. There was a bit of a breeze and it was a little tough alone in the canoe without a load. Claire dozed off and I worked on getting the tent set up. It took me forever since the tent pad was on a rock. I tried rotating it every way possible and had a hard time getting any more than two stakes in. I finally got three stakes (mostly) in and tied one corner to a large log, obviously used before for the same purpose. Other than the issues staking the tent, the tent pad was at a nice spot, almost on top of the water with great views. 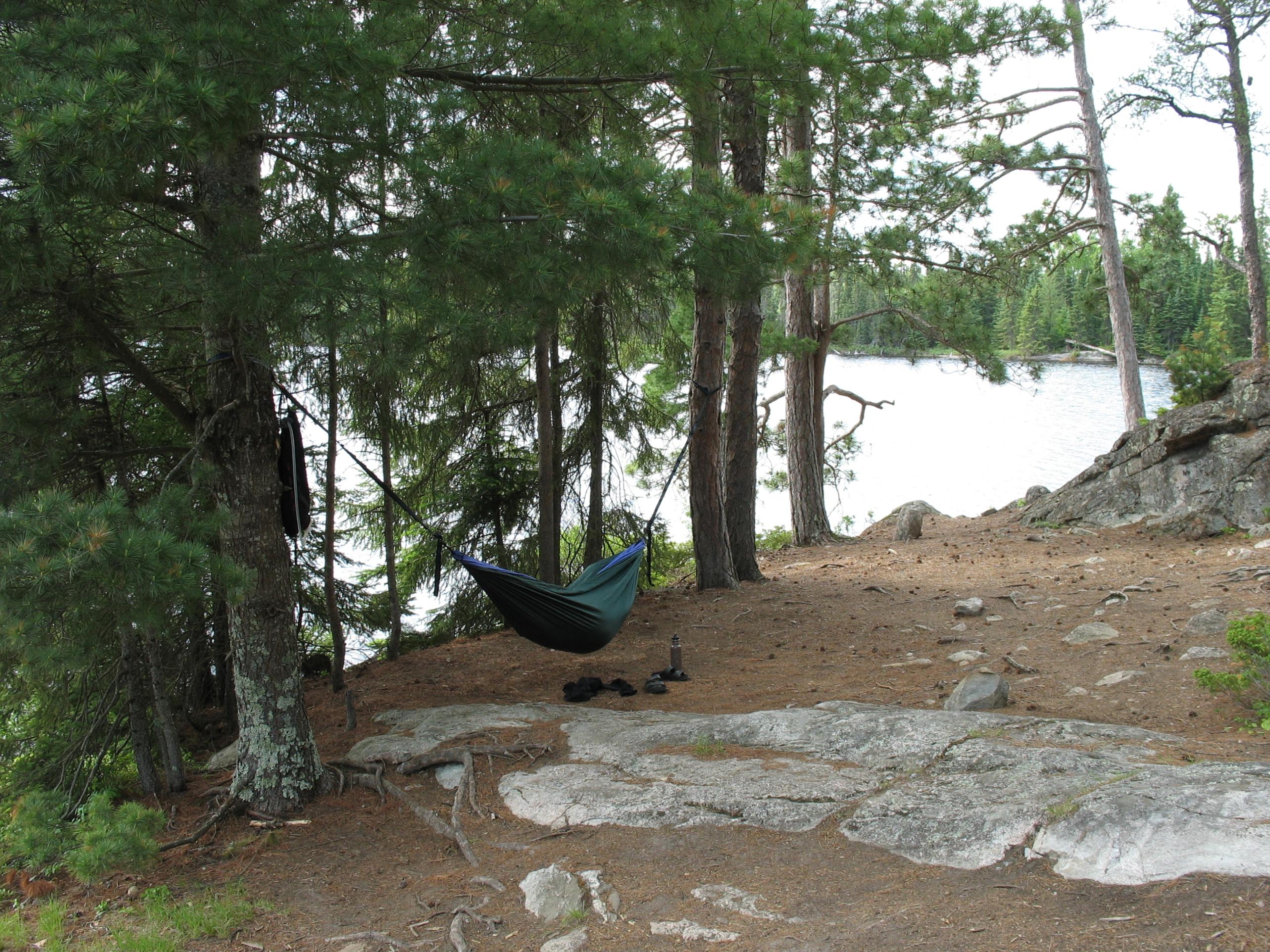 The site itself was decent, but not the amazing site I had read about. We only thought it was about 3.5 out of 5 stars. Looking back on it now I’m not even sure why we weren’t crazy about the site, there was just something not right to us about it. It was getting late in the afternoon and I saw 4 adults in one canoe paddling through. I was not envious of them. There’s a good chance they had to still get all of the way to Fourtown since Fairy was full and by that time there was a good chance the last spot on Boot was taken. 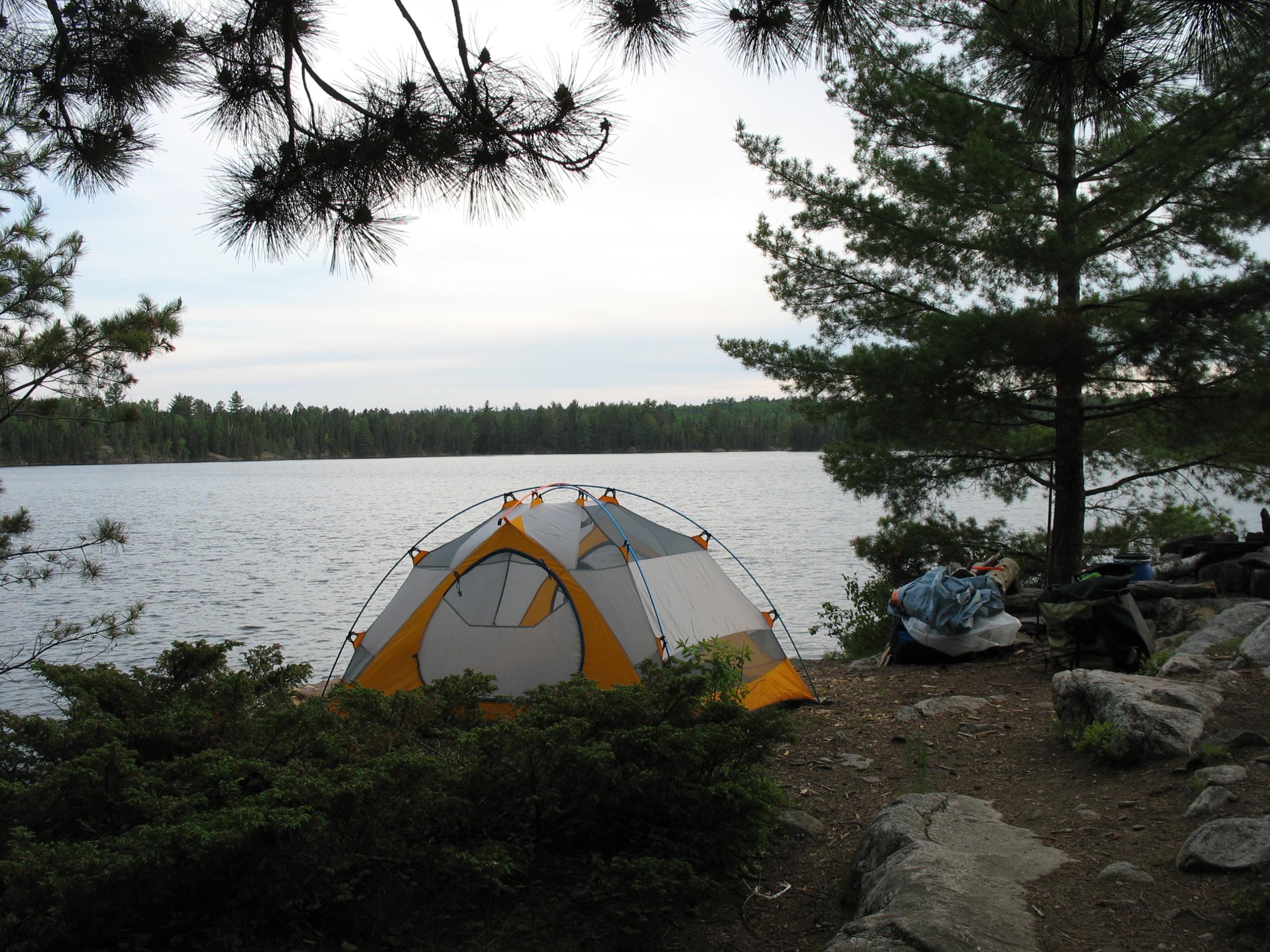 The forecast kept changing. At first it was supposed to be a stormy night, then it said it would be nice, and then back to stormy again. We had Mountain House beef stroganoff for dinner around 6:45 and it was great. We sat around looking at maps and then started getting dinner cleaned up and things ready for the night. We heard something loud moving through the woods on the shore to the SE of us and even heard a grunt. We didn’t really notice it at first and I think we were being too loud and probably scared it away. It sure sounded like a moose. We were tired and in bed at 9. 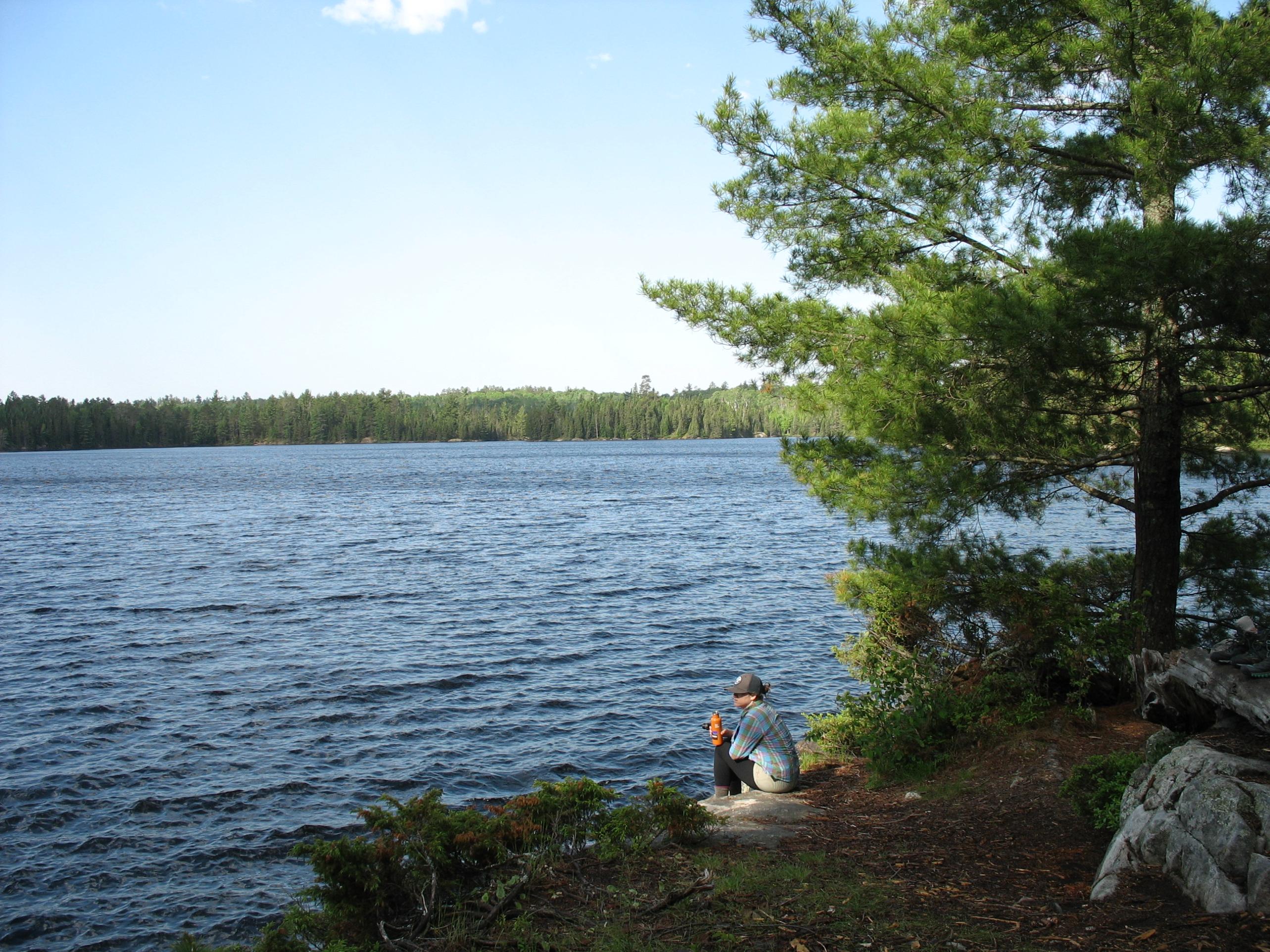