Tia woke up with a terrible headache—too sick to eat or even drink coffee. We got on the water around 9:00, and were delighted to discover that our route off the west side of Floyd's Island wasn't nearly as choked down as the eastern approach had been (nor was there a 'gator guarding the put-in!). As we paddled, we started hearing odd noises, almost like an idling engine, but often coming from the swampy areas just beside our paddle trail. We suspected 'gators, and when we got home found that the males 'bellow' during mating season. It's a territorial thing, and includes some bragging about size, as females seek males larger than themselves. Ain't Google great??

We stopped at Minnie's Lake shelter for lunch. Tia was feeling better, but not 100%. While our permit was good for a third night and we had a reservation for the Mixon's Hammock shelter, we decided that we could be home before midnight, and that the resulting 'free day' would let us catch up on several projects around the house. Enjoyed a leisurely paddle back to Stephen C Foster State Park, which was filling up for the weekend.
The refuge is a great place to paddle, and February is usually good paddling weather—it's been too cool for a big bug population, but warm enough to see lots of alligators and birds, and a few early flowers. 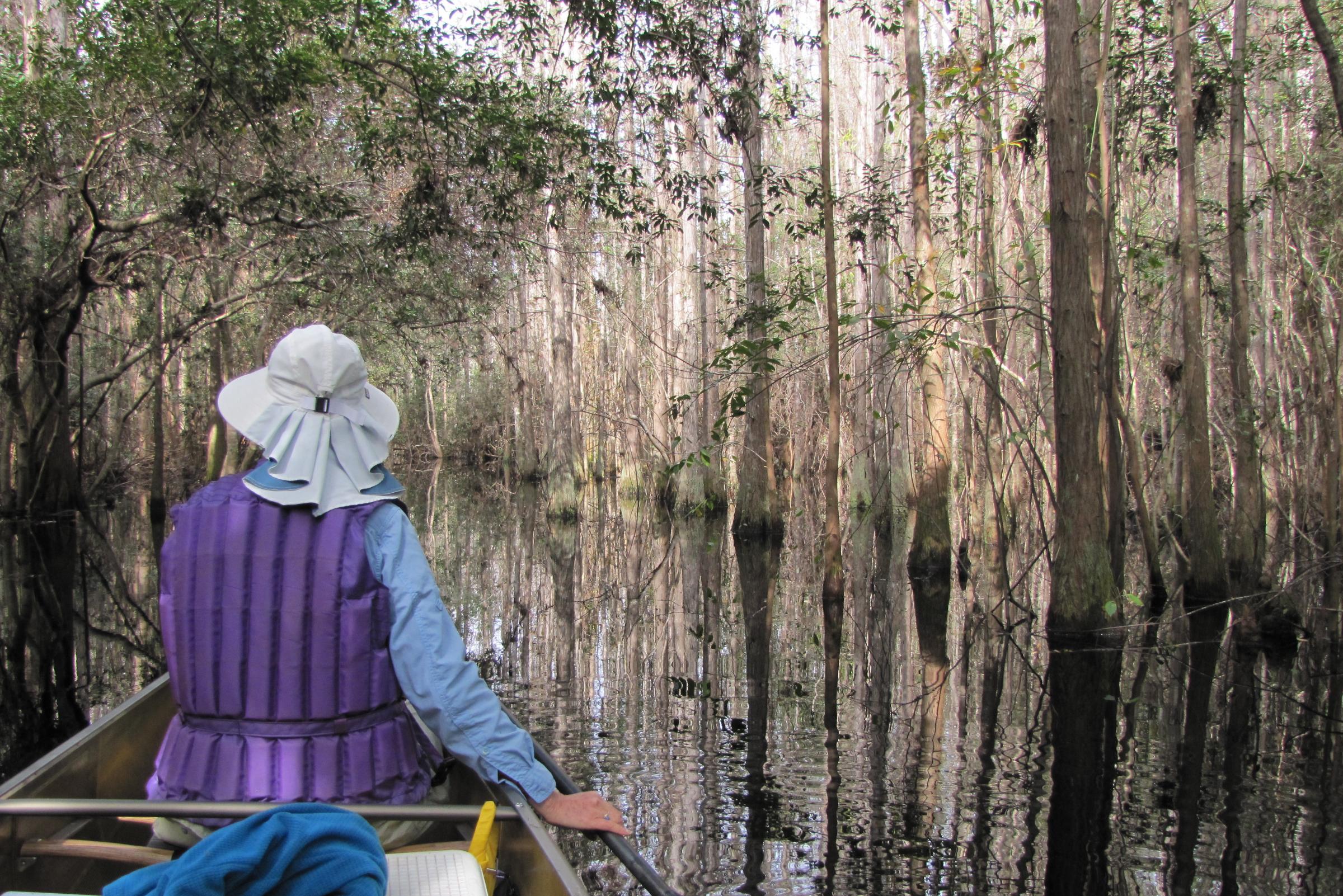 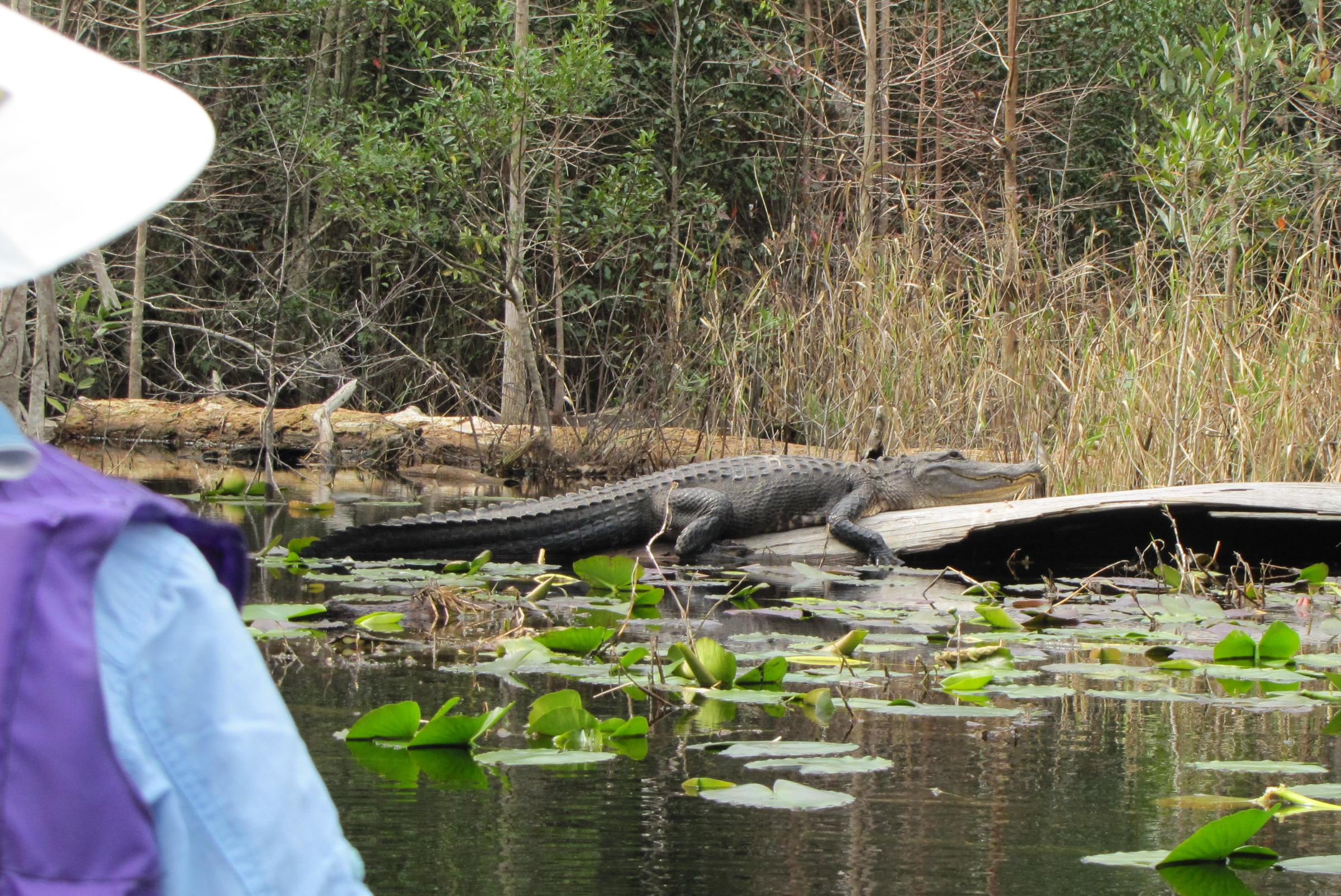