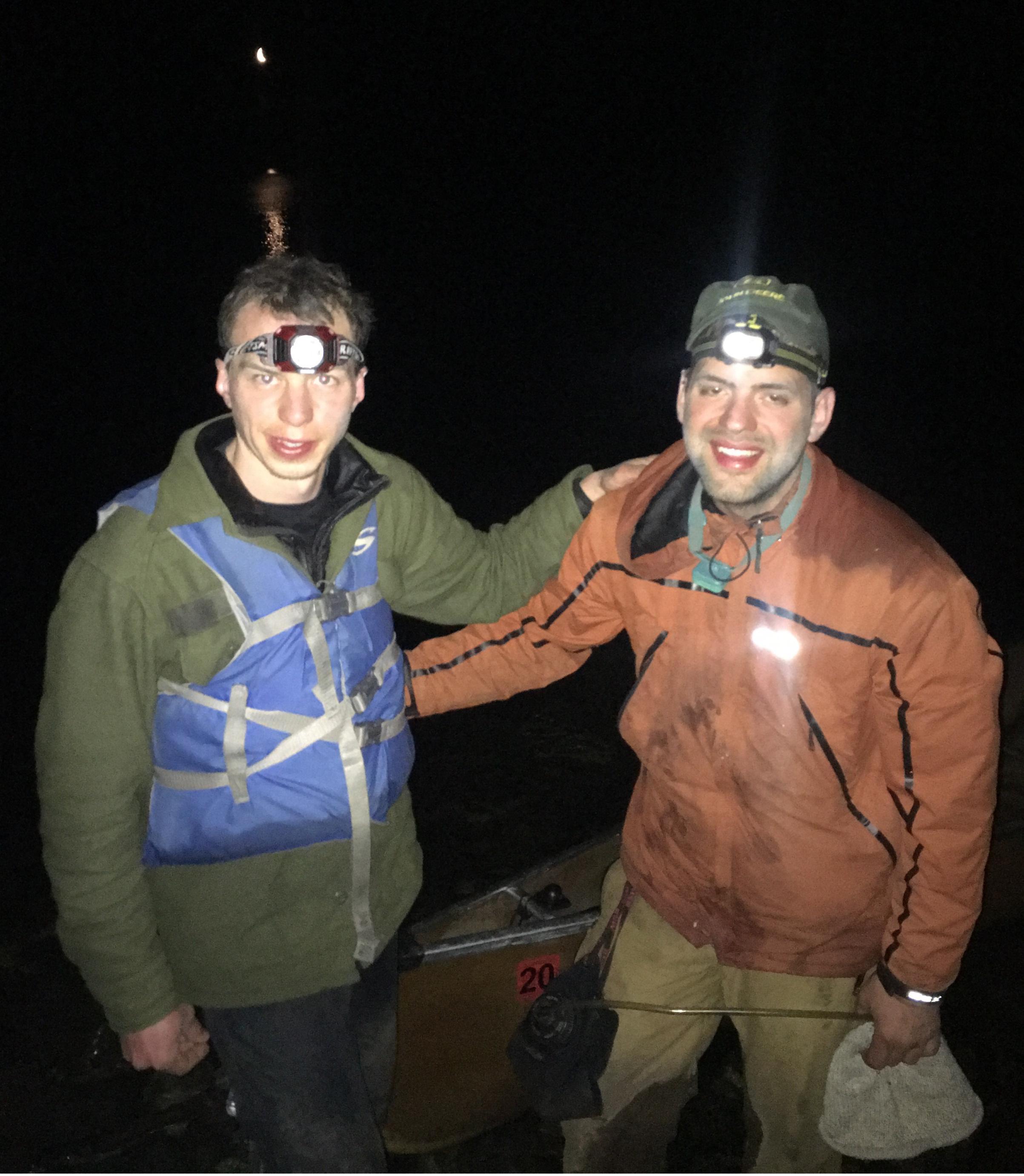 Canoe in the water on Lake Superior, crescent moon rising behind us. 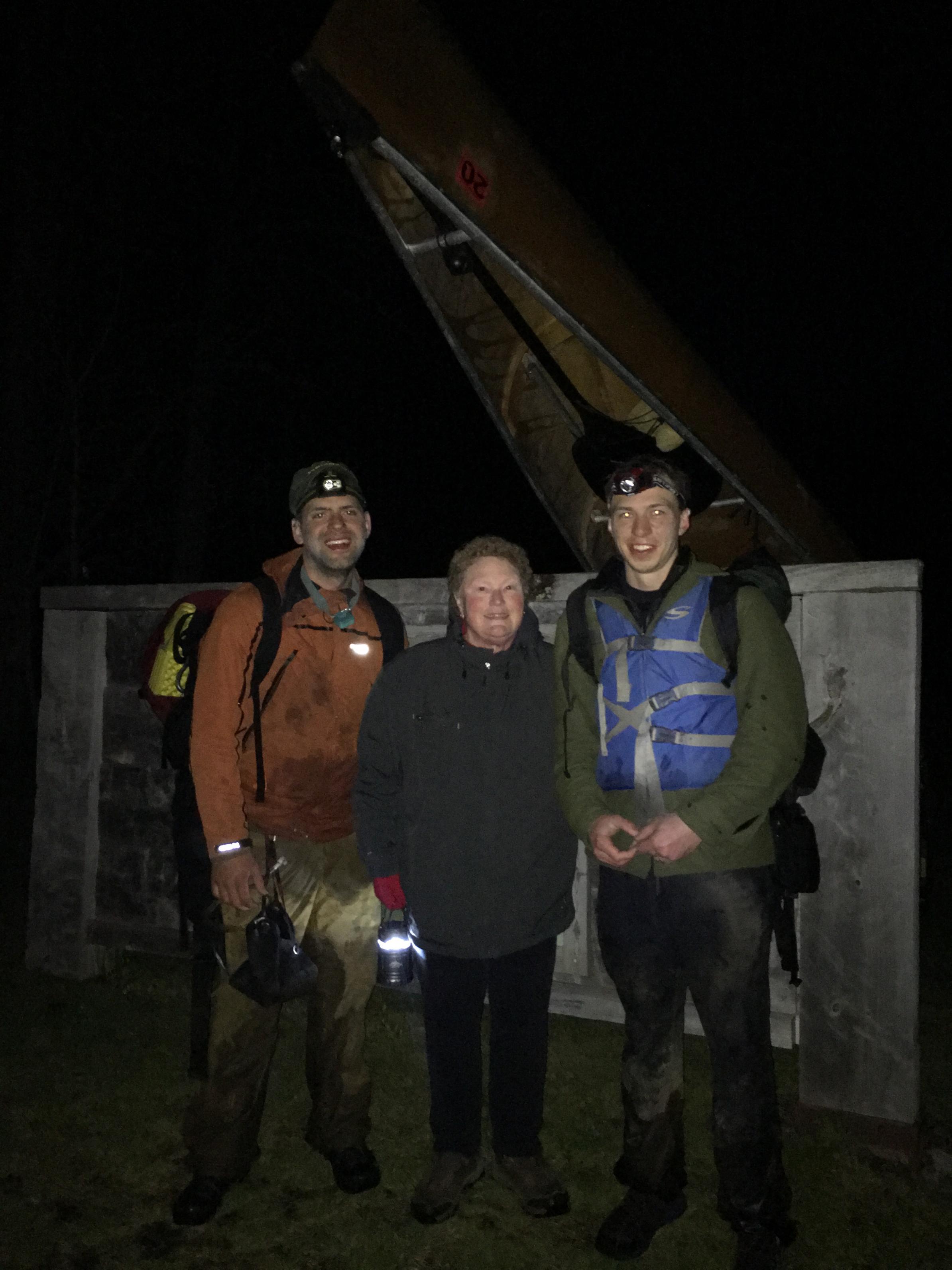 With GrandmaL at the finish.
Then we had to pull the canoe out of the water and portage back to the car. GrandmaL appeared, and took more photos. We did not have any good straps to tie the canoe on top of the car, so I stashed it in the woods. We drove to the Grand Portage Lodge and Casino and the girls helped us to the room. Matt took a shower, then I did, then we were snoring peacefully until morning. 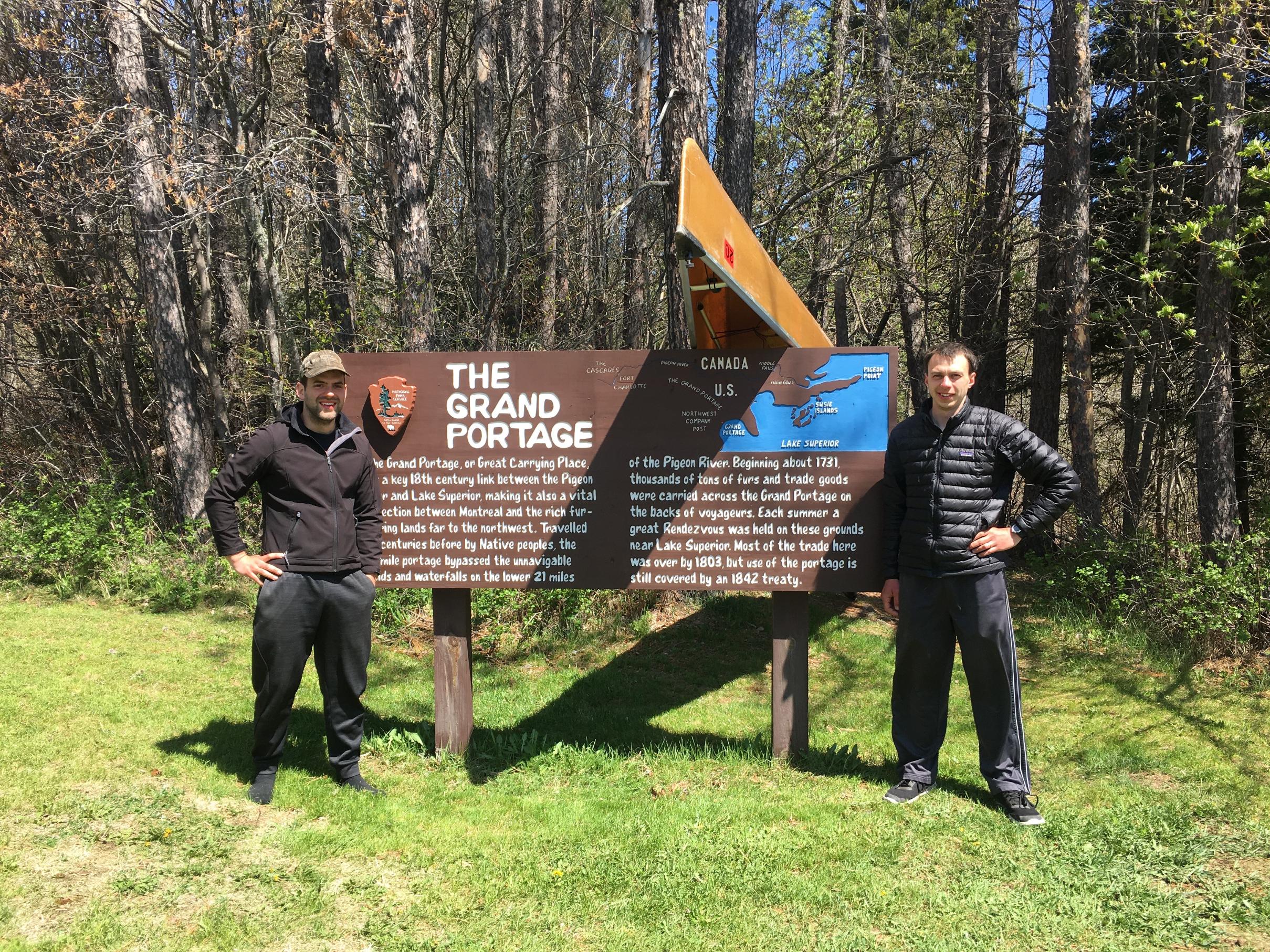 Feeling refreshed in the morning.
A great trip, but one that neither of us ever wants to attempt again, at least not at such a pace. We gave it everything we had, and we are content. 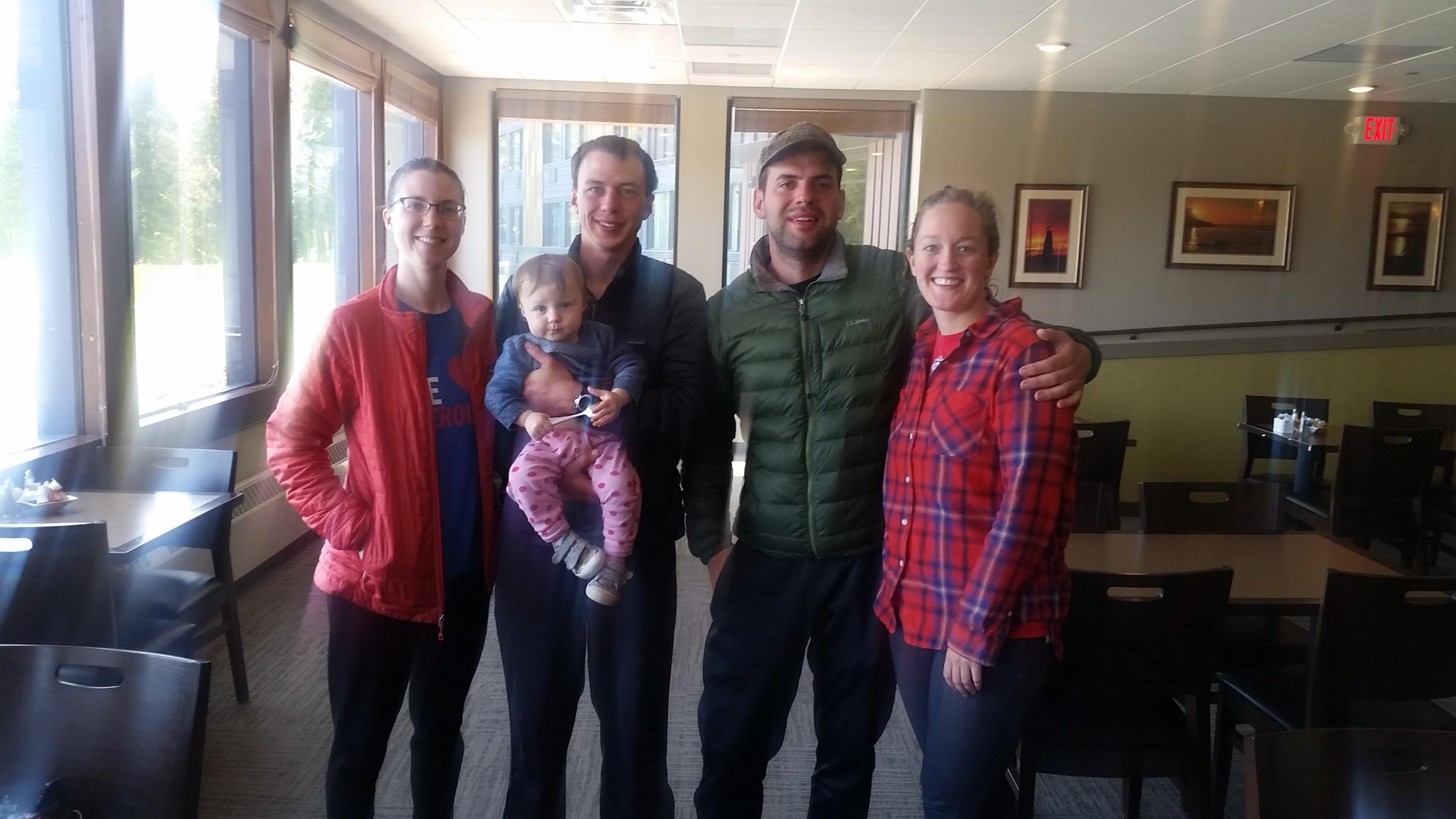 With our wonderful support crew Ruth, Rebecca, and Annika at Grand Portage.
Back to Trip Report Main Menu

Spirit of the Wilderness