Days Zero and One

My car was loaded up on Wednesday and rather than taking the bus to my downtown Minneapolis, I drove in, found a surface parking space where my canoe-topped vehicle didn’t take up too much space, and tried to get some work done. At 3 pm, I called it a day and jumped on 35W, heading north. By 6 pm, I was at Duluth Pack, watching the new videos. (Apparently some of them can be watched online?) Permit in hand, I headed up 61, taking Caribou Trail inland at Lutsen and arriving at White Pine Lake National Forest Campground as dark fell. I was the only person at the campground and quickly set up my new Big Agnes tent, set an alarm for 4 am, and slept fitfully for five hours. At 4 am, I made some coffee, packed up, and was at the Homer Lake put-in by 5:30. My old canoe was on the still water by 6.

Two cars were next to mine in the Homer Lake parking lot and I wondered if I’d find solitude on Pipe. Passing the first campsite on Homer, a large tent was set up and it looked like the occupants of both vehicles were sleeping in that morning. The water was topped with pollen and other springtime residue, but stayed flat as I passed the second campsite being guarded by a bald eagle at the top of a white pine tree. I let him keep the site and continued west.

Two years ago, I took my daughters and parents through this entry point on our way to Vern Lake. We only made it one night on Vern. Massive thunderstorms meant my companions were ready to go early. The forecast was much better this trip. Slight chances of showers each day are no worry when a tent, a tarp, and no movement are on the itinerary.

As I hit the lovely series of portages leading from Homer to East Pipe and then Pipe, the black flies came out in force. Protected by my head net, my only worry was their rather annoying company. I had targeted either the far west or far east site on Pipe Lake, but paddled right by the east site. No giant rock outcropping on this lake meant that the campsites are a bit inconspicuous. In retrospect, the east site seems to be significantly further east than the McKenzie shows.

I landed at the west site by 11 and while it certainly wasn't five stars, it would be sufficient. A quick stroll through the site showed an excellent tent pad, a decent kitchen area, and a ton of moose poop.

The sun came in and out as I set up camp (tent, hammock, tarp, gravity filter, chair, wood). I was traveling heavy since there were only short portages and base camping.

By late afternoon, I was back on the water paddling around what seemed to be very high water. I lost a number of jigs to snags, but caught a few pike, and a few smallmouth, one of which would be my dinner.

After cleaning the fish across the lake and disposing of the remains, I settled into a fish dinner by the fire, and a relatively early bedtime. 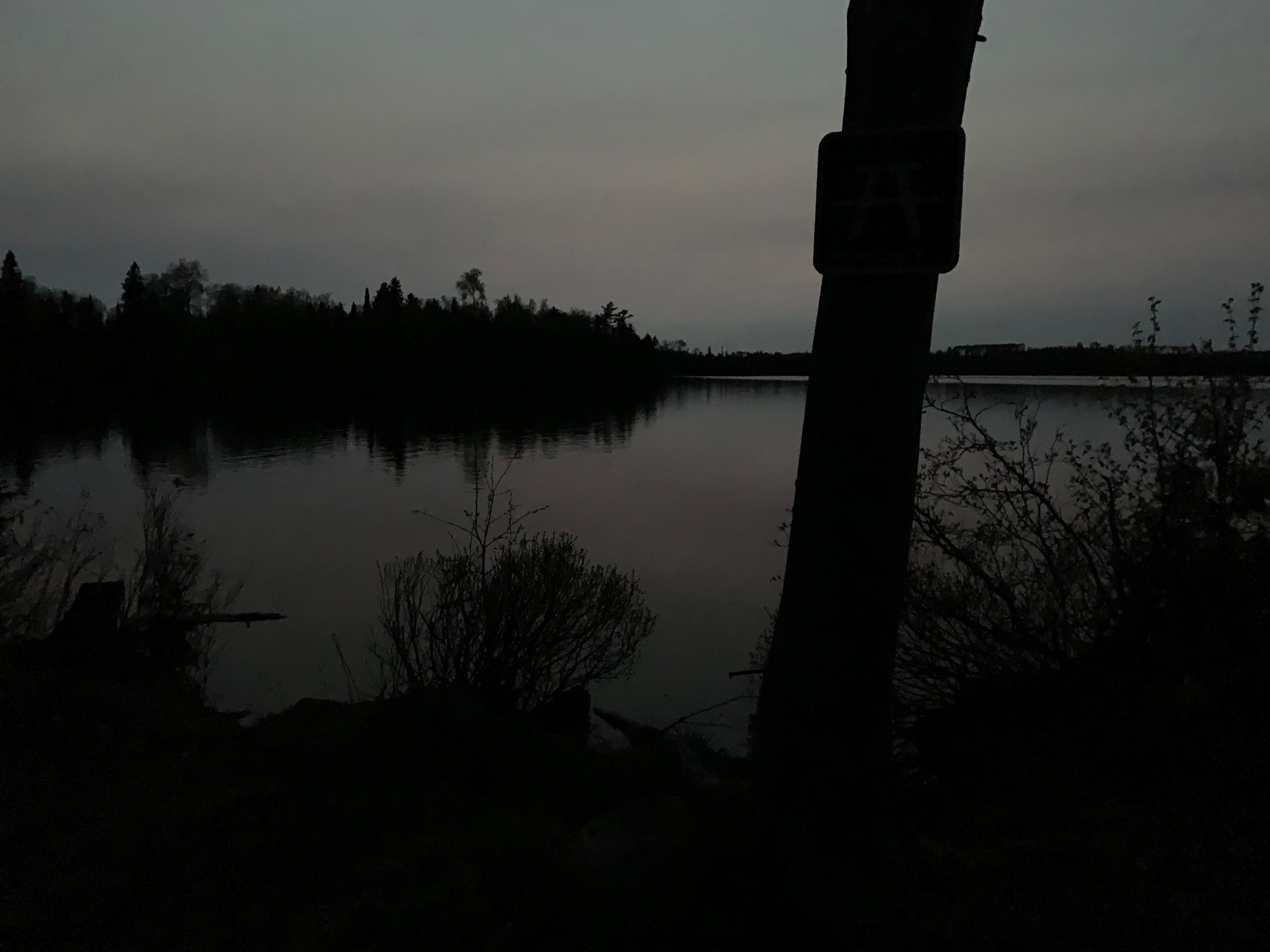 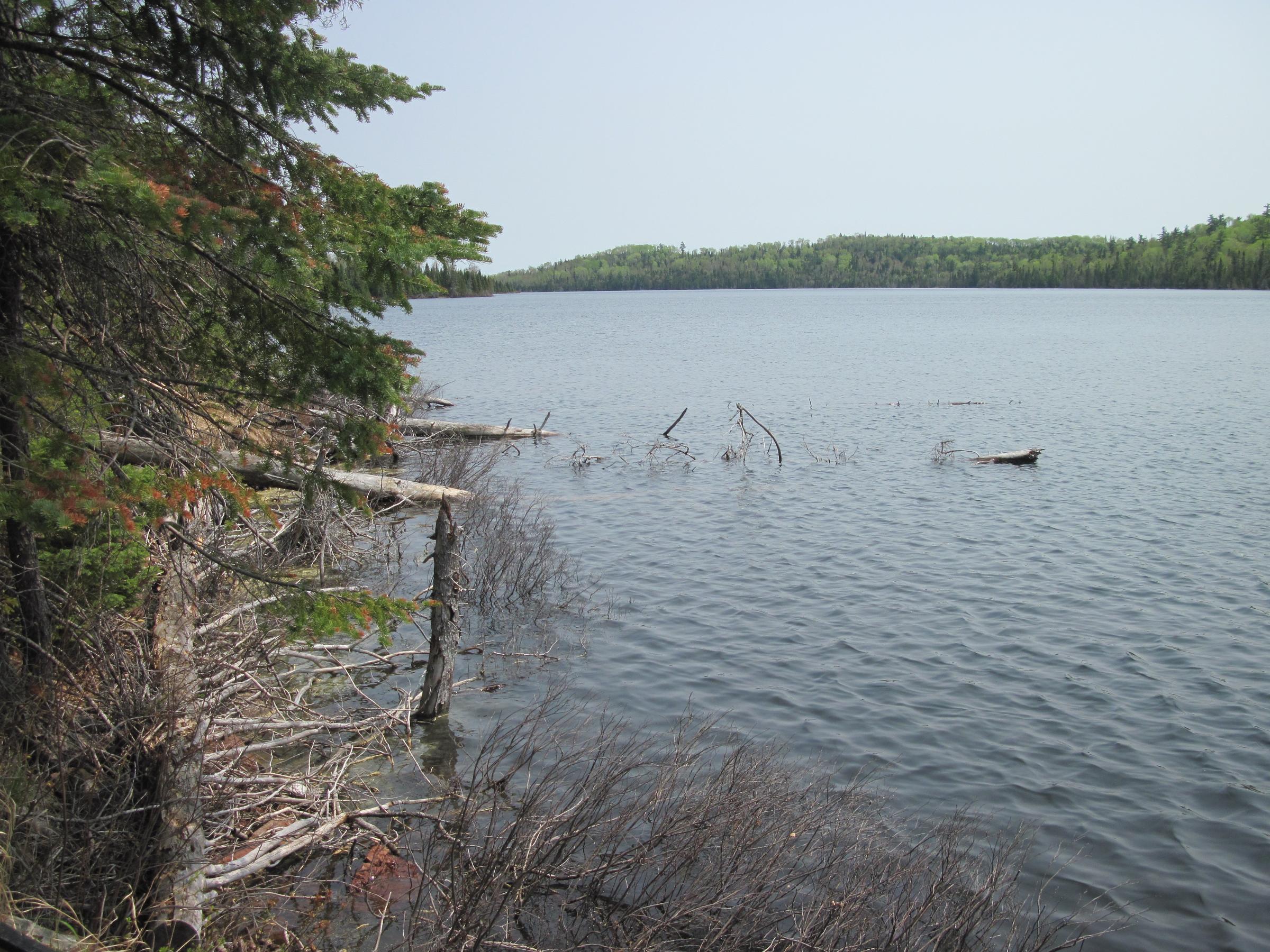 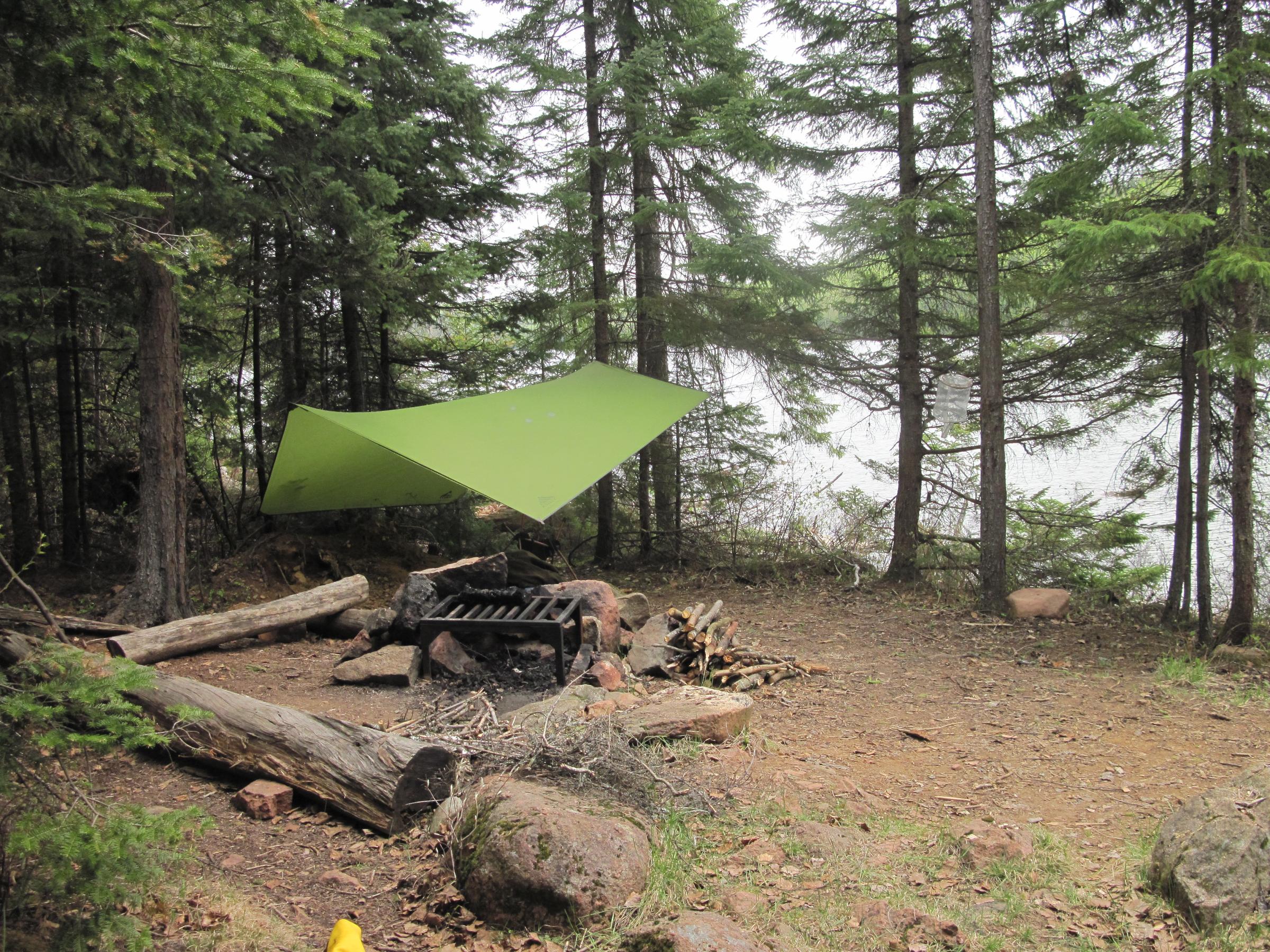