Trip Type: Paddling Canoe
Entry Date: 06/20/2019
Entry & Exit Point: Moose Lake (EP 25)
Number of Days: 4
Group Size: 4
Trip Introduction:
Rachel (my wife) and I started doing backpacking/outdoor trips with Paul and Abbie in 2018. For our 2019 trip, we decided to paddle a bit, since we hiked the Superior Hiking Trail last year. We did a lolly pop route starting from Moose Lake and this trip completely and perfectly captured what a trip to the BWCA is and should always be. Great friends. Incredible beauty. Solid fishing. Tough Portages. And one hellacious rainstorm!
Discuss Trip: View Discussion Thread (12 messages)
Day 1 of 4
Wednesday, June 19, 2019

Paul and I started planning this trip in April and wouldn't you know it - the entry point we were hoping to put in on was already booked! Good information for next time and for anyone else planning a trip... book your entry point earlier rather than later! So, based on a recommendation from a friend and BWCA legend, Dave Christoffel, we decided to put in on Moose Lake.

Luckily, Rachel and Abbie didn't have to work on our travel day, so they grocery shopped and prepped a lot of our stuff. Paul and I both cut out of work early and we were able to hit the road from Menomonie to Ely at about 5 PM. Instead of renting a canoe, Rachel and I took ours that we bought last summer. We own an OLD fiberglass Wenonah that's in pretty much perfect shape. It was built in 1975, and this would serve as it's maiden BWCA voyage!! We had no problems driving it up the 4.5 hours to Ely!

After jamming to tunes and stopping in Duluth for pizza, we stayed at a friend's cabin just outside of Ely. It felt GREAT to finally be back in the heart of the Northwoods!

We picked up Paul and Abbie's canoe (an 18 ft Kevlar Wenonah) from Piragis at about 7 am. Piragis is where we always outfit out of and pick up our permit. I highly recommend them. Their store is really neat and totally represents Ely as a whole I feel. Also, we've always had good luck with their gear.

The weather had looked pretty tenuous the week leading up to the trip, but man was it beautiful on Thursday! We put in on Moose Lake and had sunny skies and 75 degree temps! Rachel and I brought our dog, a German Shepherd named Luna. Loading the canoes down and fitting Luna wasn't too bad, provided Luna didn't wiggle around too much! The paddle across Moose Lake to the Moose-Wind portage was a piece of cake and we started our first portage.

When we do the Boundary Waters we love to eat and eat well. But all that luxury comes at a price. Much of the food we brought (steaks, potatoes, polish sausage) still had the water in it... so our cooler was terribly heavy. Portaging a 40 lb igloo cooler through the wilds of MN was not fun, but so worth it. Other than the cooler that weighed the same as a bale of hay, the portage was a breeze. We double portaged it, and every other portage for the weekend.

Once we were into Wind Lake, we decided to fish for a bit. So, I'll preface the fishing. I'm an avid fisherman, and so is Paul. Rachel and Abbie are not! HA! So, when Paul and I do a trip with just the guys, we pound the water to froth fishing, but not so with the girls. We fish, but usually for 30-60 min at a time. And that's all it took to get into the fish on Wind. Within an hour everyone had fish in the boat. I was trolling a gold in-line spinner with a leach and caught a nice 19-20" walleye and two northerns. Rachel caught a northern too - all were in shallower water... maybe 6-10 ft. Then, Paul caught the fish of the trip - a 25 in walleye trolling a shad rap Rapala down the middle of one of the downwind bays. Paul and Abbie didn't bring a net, so it stands to reason that they would hook the biggest fish! Luckily we were close enough to paddle over and net his beauty!

We then took the paddle from Wind Lake to Basswood (Wind Bay). That was another 185 rod portage with a large creek crossing in the middle. That creek crossing was honestly pretty nice though because it allowed us to break up the portage and cool off. Paul and I are lucky - Rachel and Abbie are tough and portaged like Champs!

Once on Basswood, we picked out our site. It was an awesome rock point, facing west. That was probably the prettiest site we had, with an amazing view of the sunset. We took advantage of the nice day and swam to a nearby island and lounged on the rocks by the campsite! We went out fishing twice after that and got some amazing pictures! Paul had on a 40+ inch northern that got off and Rachel caught a gorgeous 30 incher! That was the big fish of the trip and Rachel fought him beautifully. Rachel is a very capable outdoorswoman, so I was not surprised! I got another 19 inch walleye later in the evening! We cooked hobo dinners that night with some damn good polish sausage and drank ALL of the beer we brought. We tried to find a cheaper insulated growler. They didn't work great, so we had to "take one for the team" and drink all 120 ounces of brew that night so it didn't go flat! Ha! Paul and I went back out fishing while the girls played cards, but it was slower. The rest of the night was spent watching the sunset and hanging out around the fire. 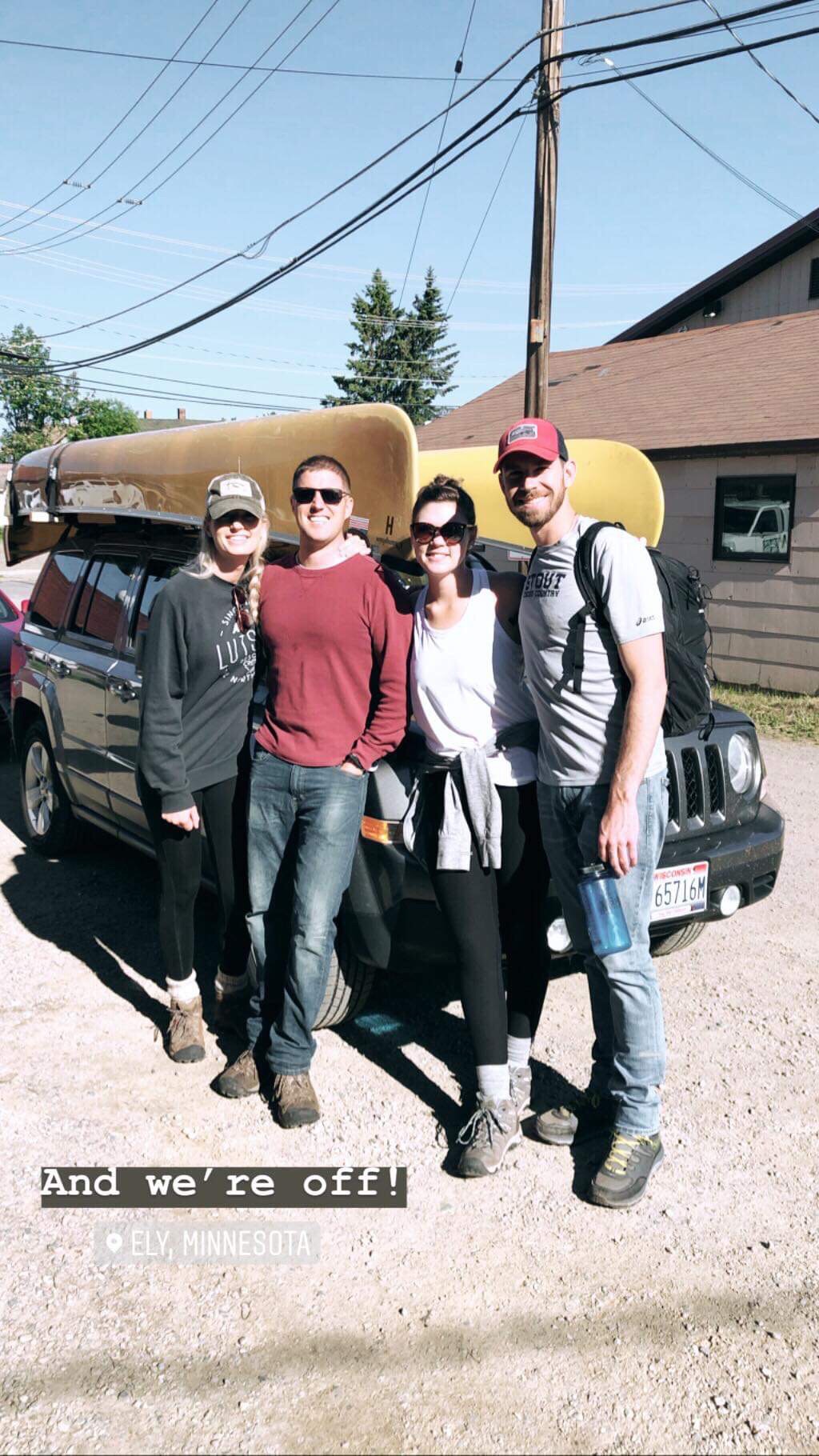 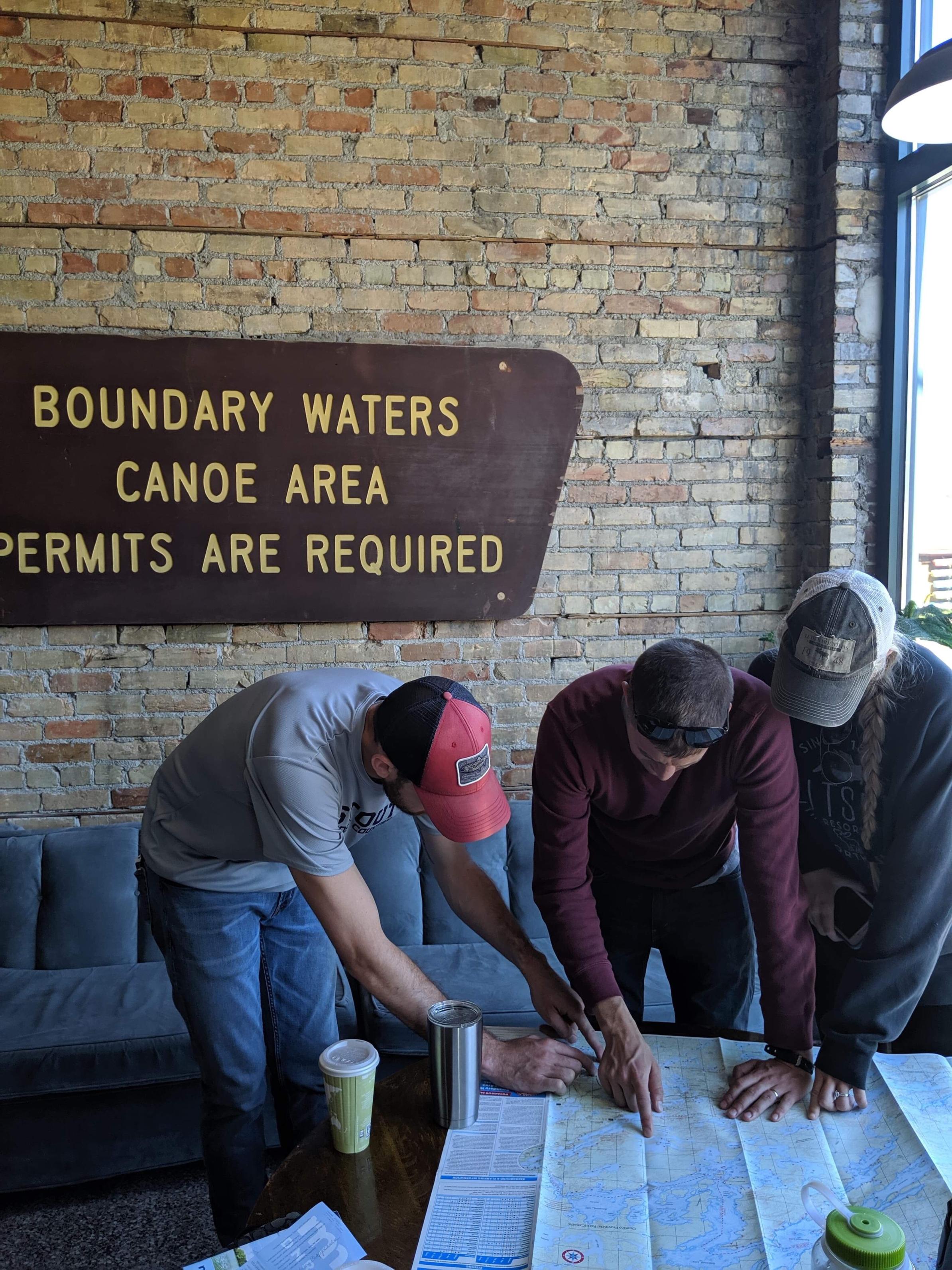 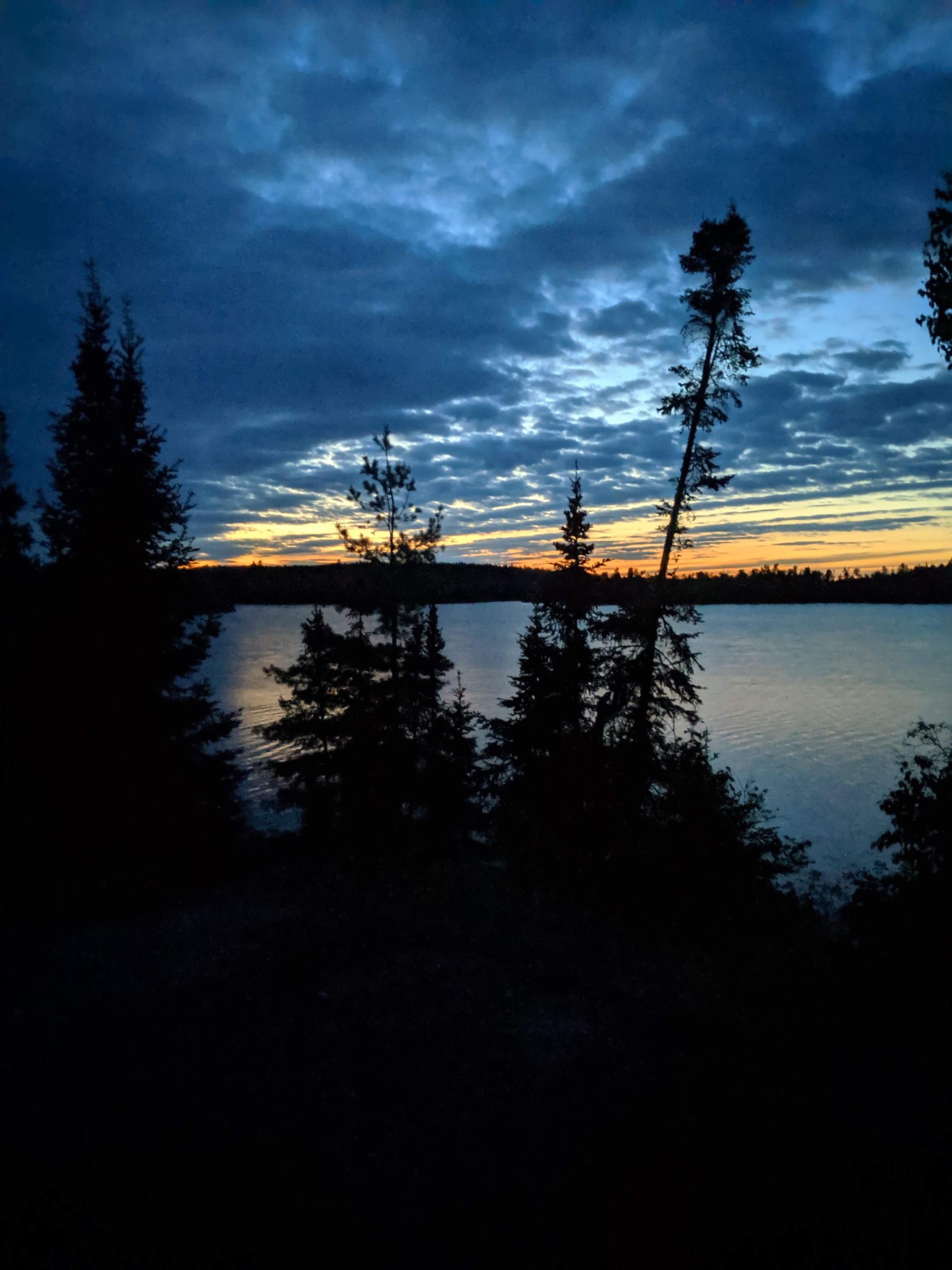 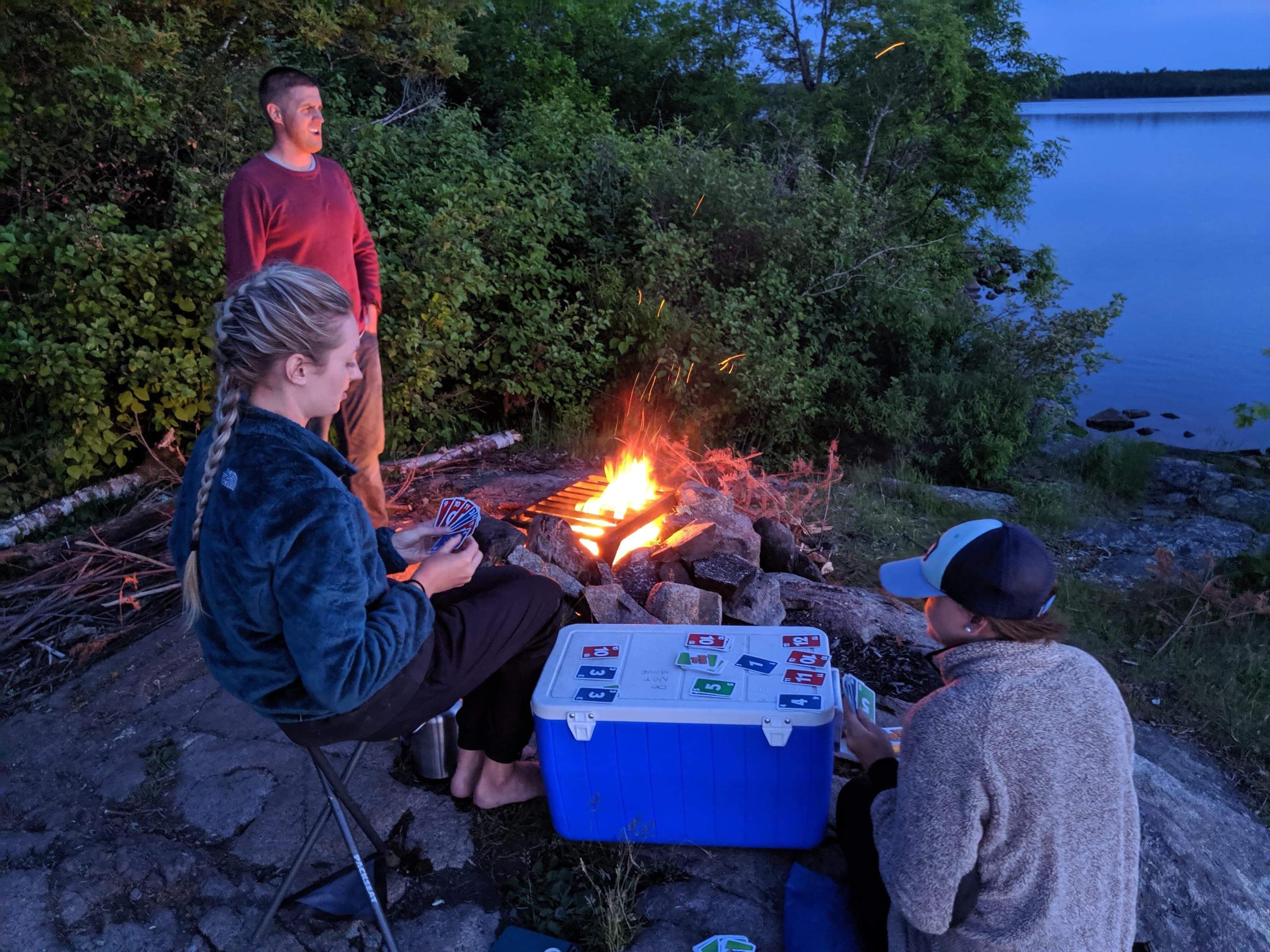 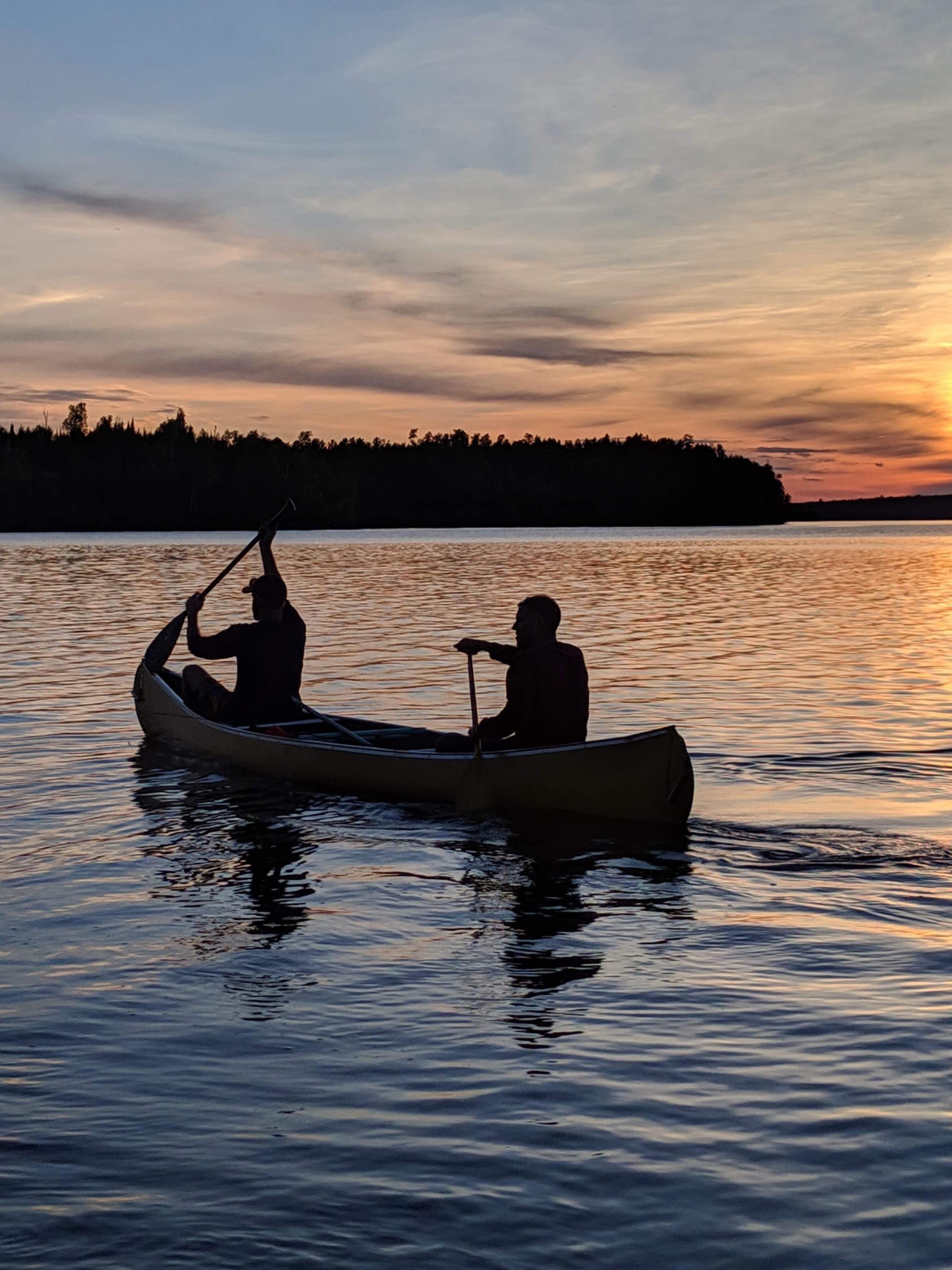 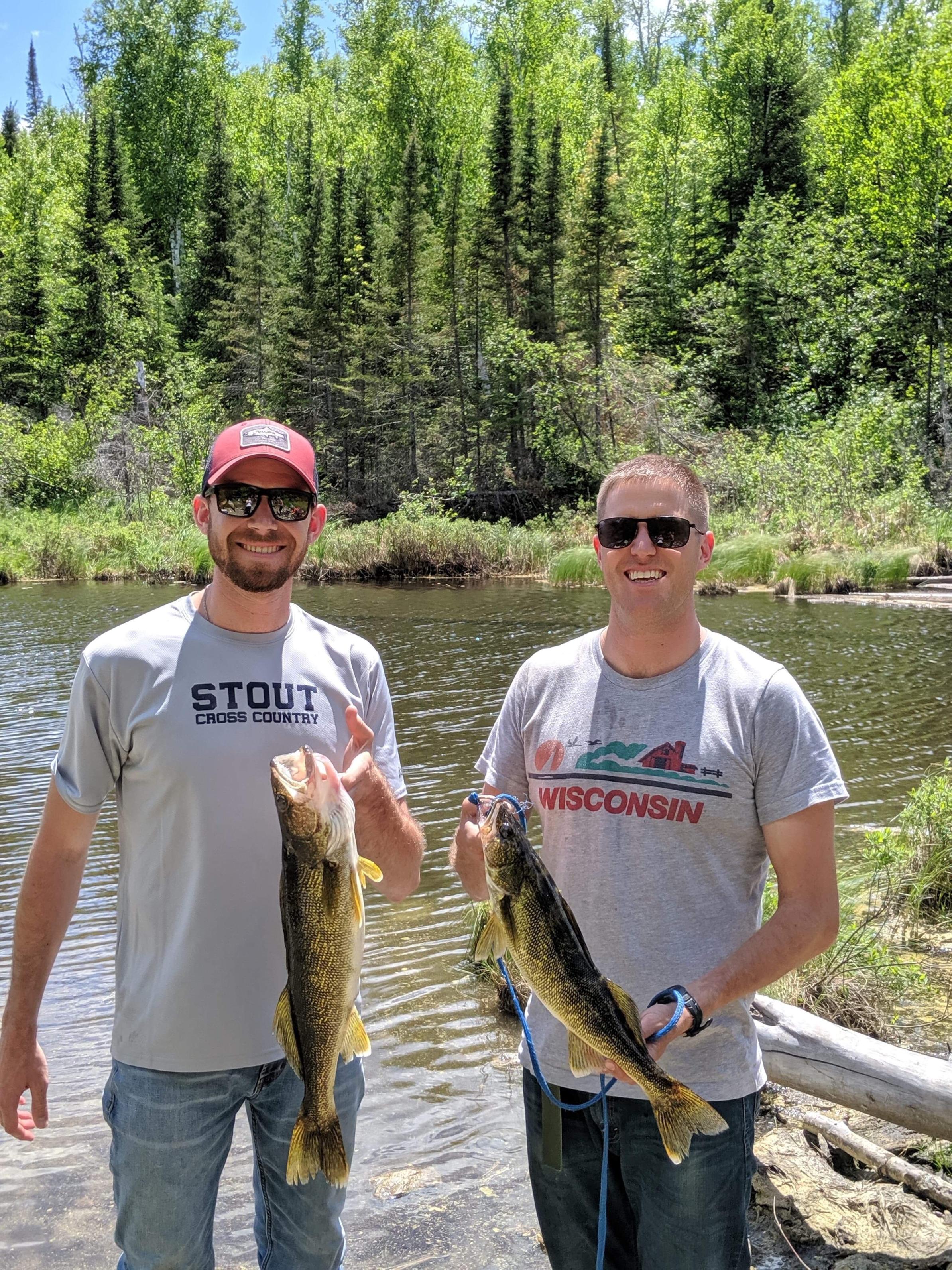 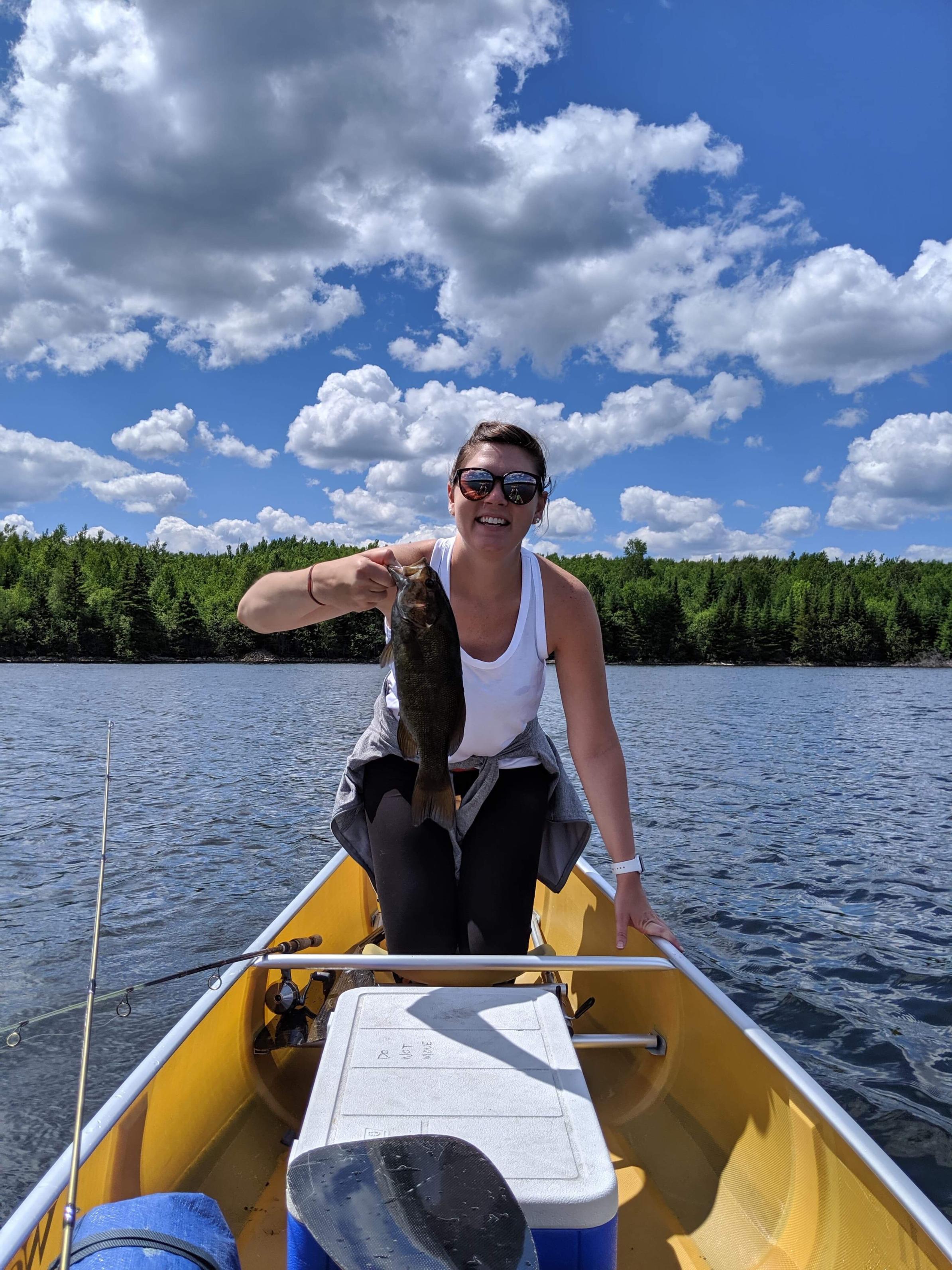 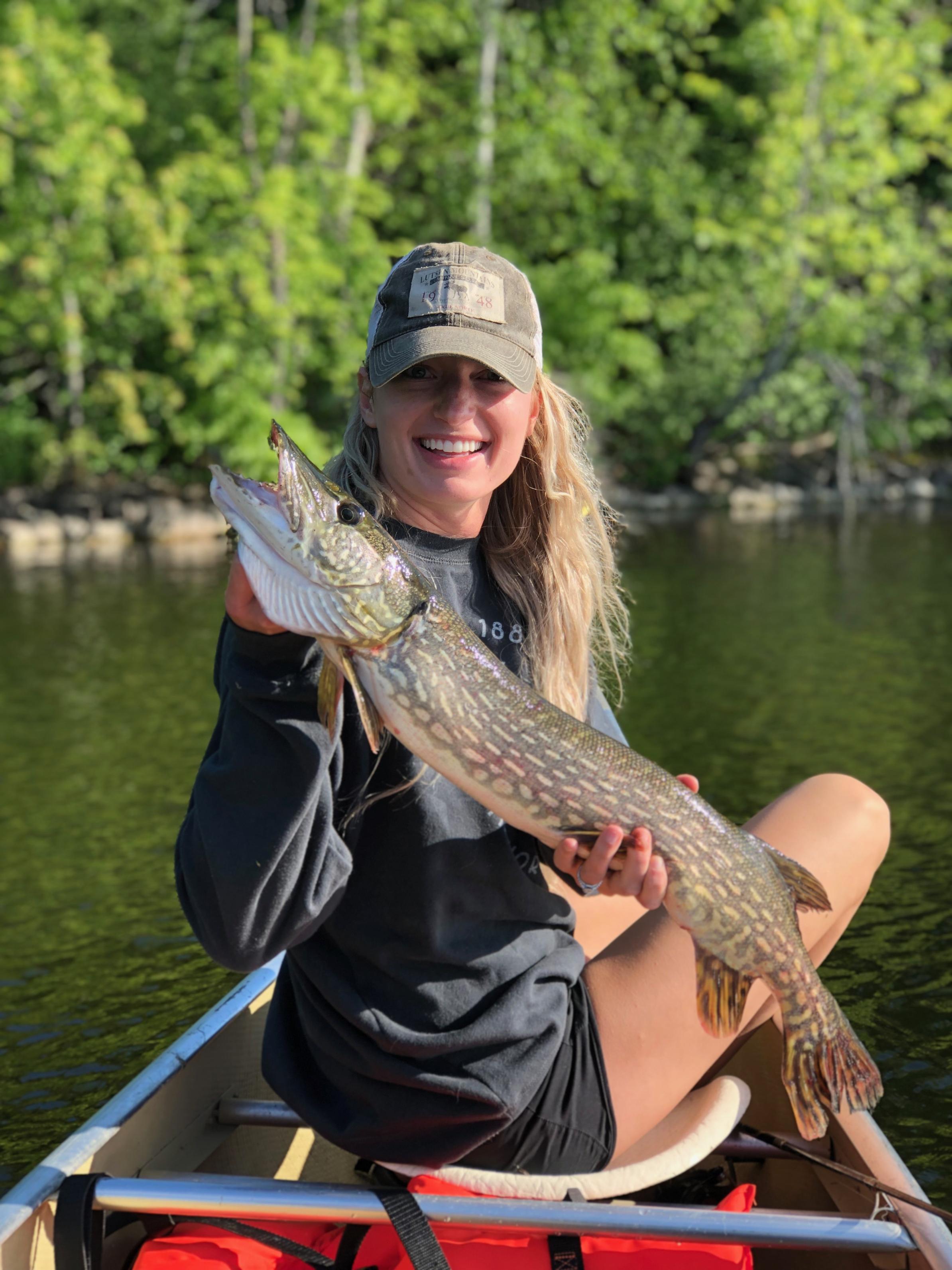