Trip Type: Paddling Canoe
Entry Date: 07/21/2019
Entry Point: Lake One (EP 30)
Exit Point: Farm Lake (EP 31)
Number of Days: 7
Group Size: 7
Discuss Trip: View Discussion Thread (6 messages)
Day 2 of 7
Monday, July 22, 2019 Next morning we were up and moving early as the outfitter had suggested. We decided to head further east and north and try to get to campsite 1483. After the long paddle the day before a shorter paddle was welcome. We were all tired. I was especially tired as my sleep apnea hadn't allowed much rest. The trip was pretty quick and we didn't see any other people after we left Lake Three. The campsite was free and we quickly setup camp and did a little swimming and fishing.

Again no fish caught from shore, so after lunch I took one of the boys out into the river and showed him how to vertical jig. The wind was strong enough that I had to paddle so I coached him and kept the canoe slowed. He hooked several fish, probably walleye, but wasn't setting the hook and lost them all after a short fight. As the wind picked up, I got tired and we decided to head back to camp and rest and hope the wind would die towards evening.

After dinner the wind died, and the boys tried fishing some more. All 4 were trying, but not much luck. I decided to go out and try and as I was launching the rain started and soon after the thunder so we called it a night. 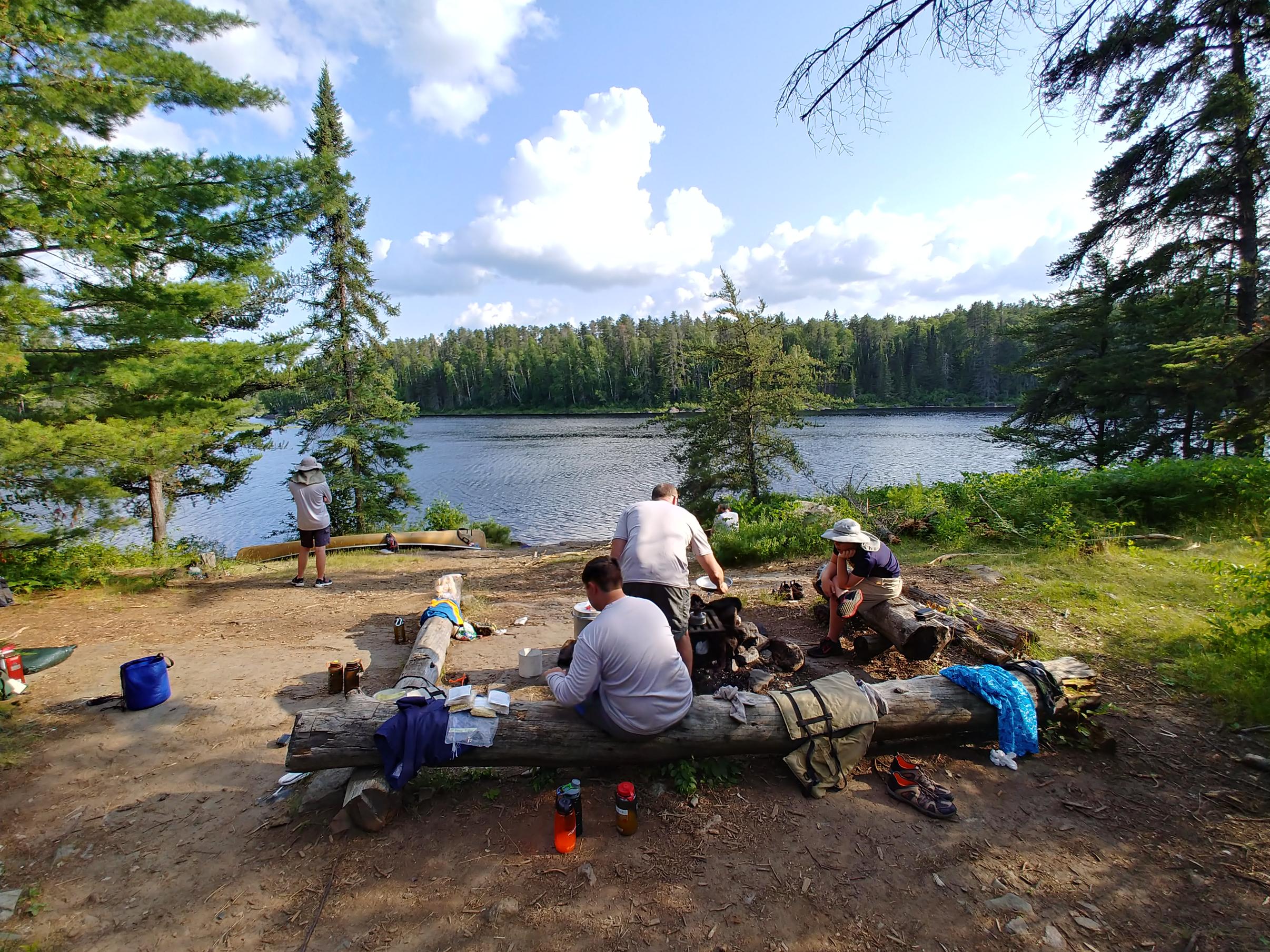 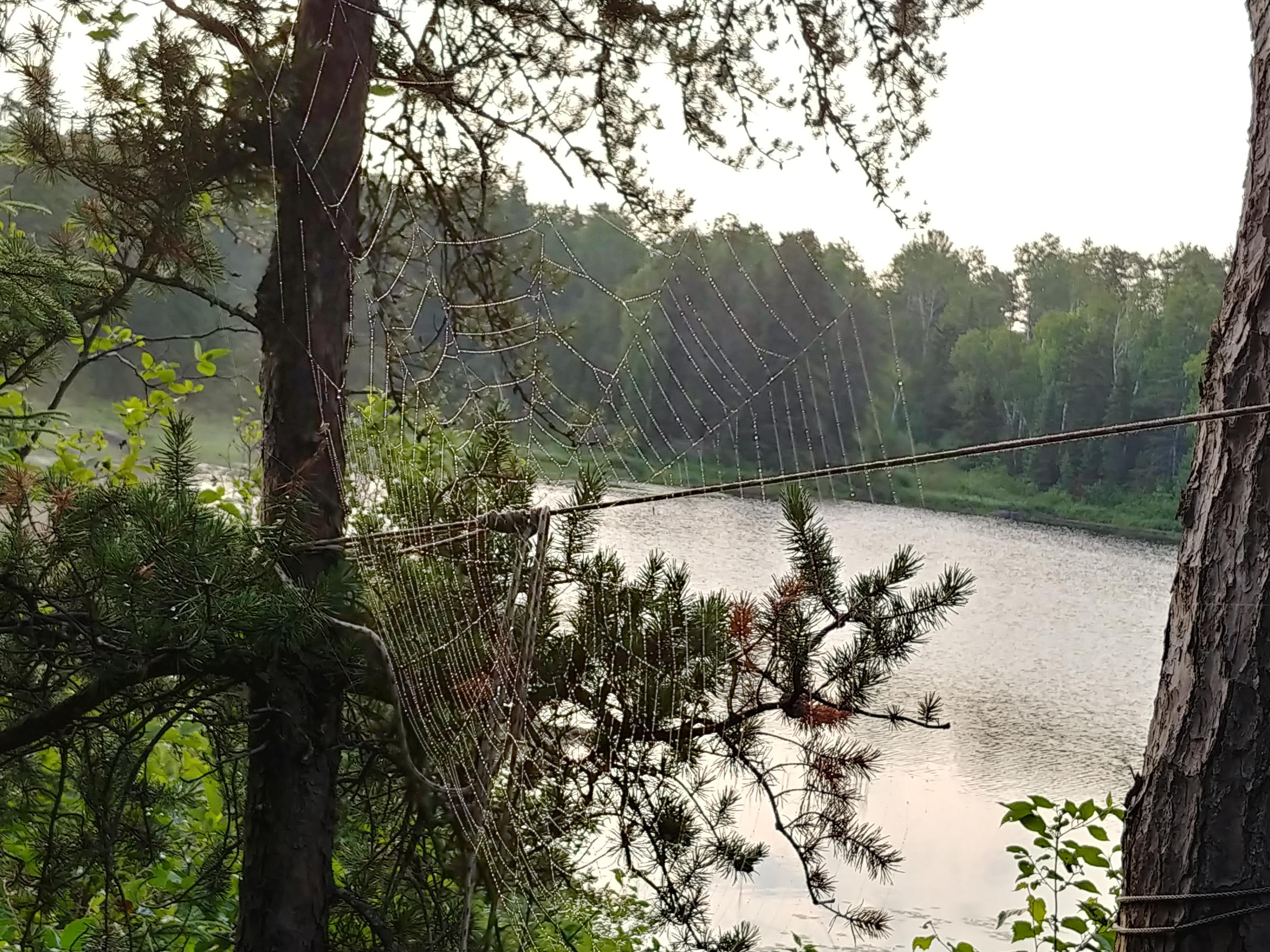