Trip Type: Paddling Canoe
Entry Date: 08/08/2019
Entry Point: Lizz and Swamp Lakes (EP 47)
Exit Point: Skipper and Portage Lakes (EP 49)
Number of Days: 4
Group Size: 2
Discuss Trip: View Discussion Thread (7 messages)
Part 3 of 5
Day 2 - Henson Lake to Long Island Lake, 8 miles
When I'm backpacking or paddling alone I never bring a real cook kit, and breakfast consists of oatmeal, so it was really great to take a leisurely camp morning to fix eggs, fry bread, spam, and coffee. After a delicious and leisurely breakfast we hit the water about 10 under much calmer conditions than the day before.
The Omega to Kiskadinna portage had a Forest Service crew building a boardwalk that looked suspiciously like a dock, but they told us not to call it a dock because their supervisor was swearing it wasn't a dock. Since they were working we decided to unload a little to the side, and I managed to showcase my amazing skills by swinging the canoe up onto my head and promptly stepping into a mud sinkhole up to my thigh. To salvage my pride I did manage to get myself out of it without setting down the canoe, and in that moment I was especially glad I was single portaging so I wouldn't have to go back there. Clearly their non-dock will be useful when completed.
The Kiskadinna to Muskeg portage, at 180 rods, isn't all that long but the elevation change is significant. Many people report it as easier going east to west because it's downhill, but personally I would have preferred the other direction - going up hill with a canoe requires strength and aerobic condition, but going down hill requires dexterity and the ability to control the weight over the drops, and I found this drop to be tricky. We didn't have significant issues with it - M hardly even noticed any challenge to it - but I was definitely glad when it was done.
The Muskeg to Long Island portage has been dammed up by beavers since the maps were drawn, and I expect it would have taken us several minutes to figure out that we were supposed to go over the dam instead of finding an actual portage landing, if it hadn't been for a recent thread on bwca.com that described it. As committed wetfoot portagers we didn't have any issues with the sometimes thigh-deep water on this portage, but it did require some careful footing. It's a portage that demonstrates the dynamic, changing nature of wilderness, and we both really enjoyed it for that reason.
We decided to try for site 564 on the east end of an island in Long Island Lake because of the wind protection it would provide, but when it was taken we took site 563, the west-facing site on the other end of the same island, which turned out to be a surprisingly great site. With great water access, several possible tent spots, good wind protection, and nice views, it was our best site on this trip. Since so many entry points dump paddlers onto Long Island Lake we did have a fair amount of traffic in front of our site so it wouldn't have been good for seclusion. 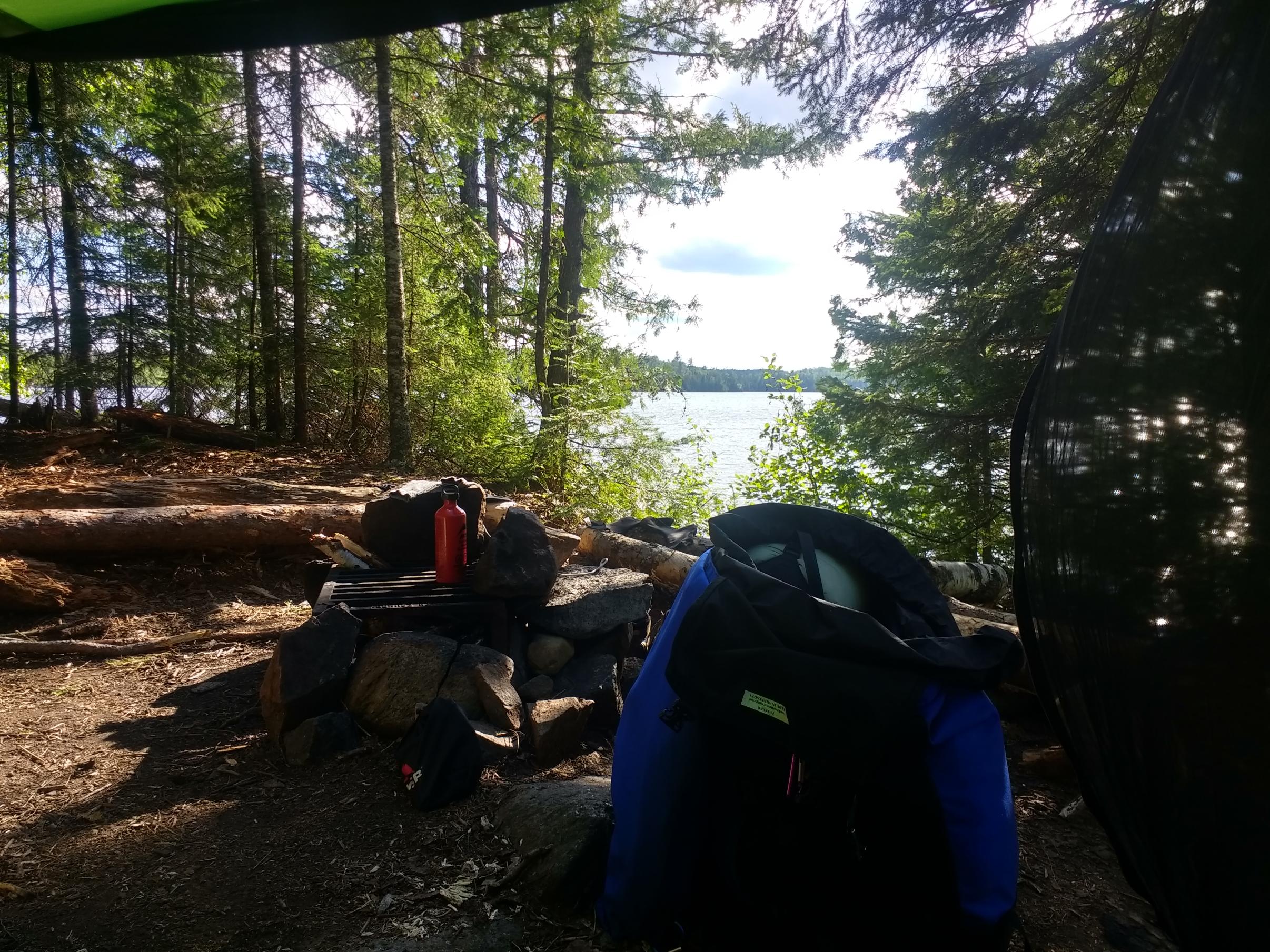 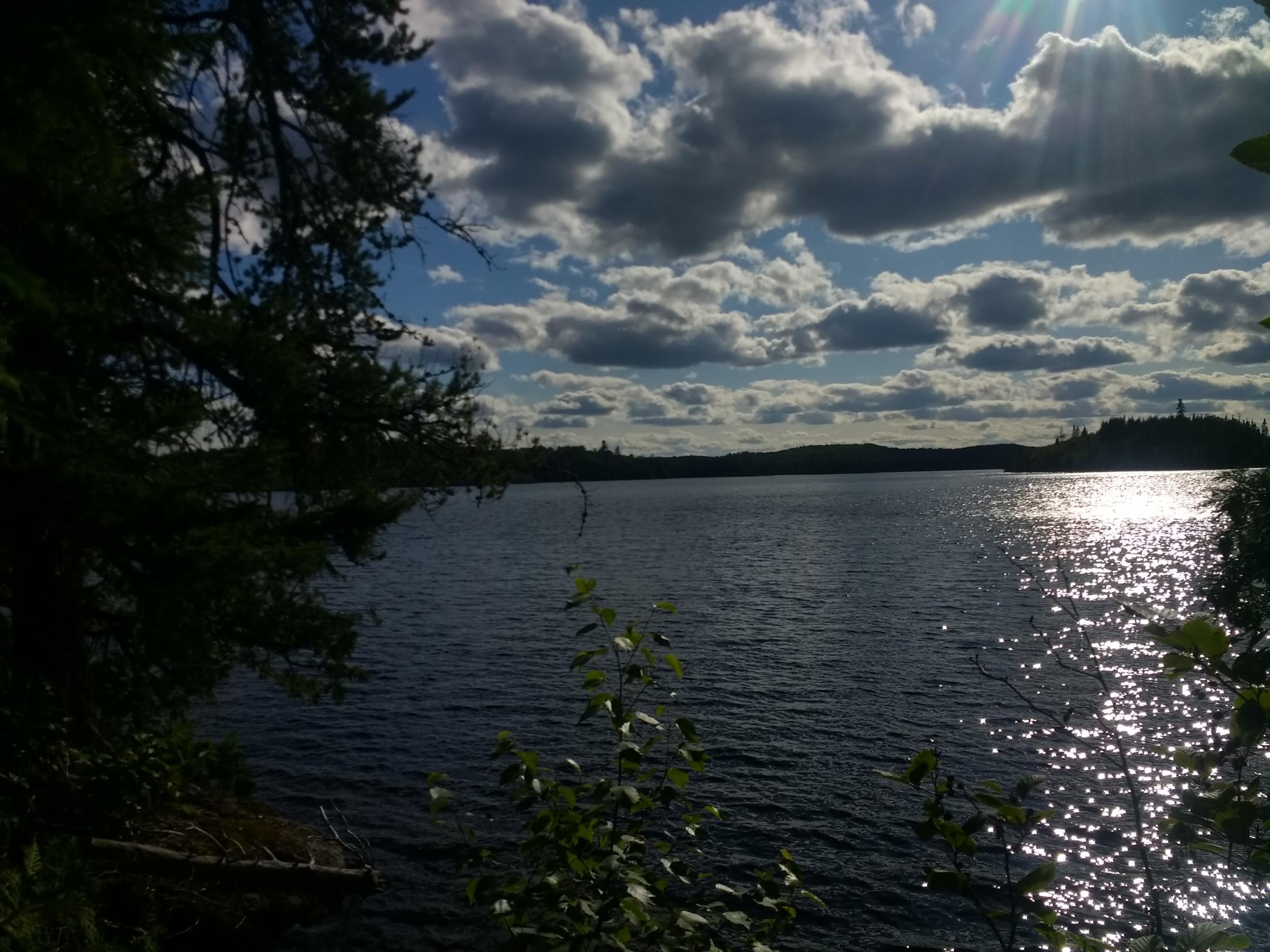 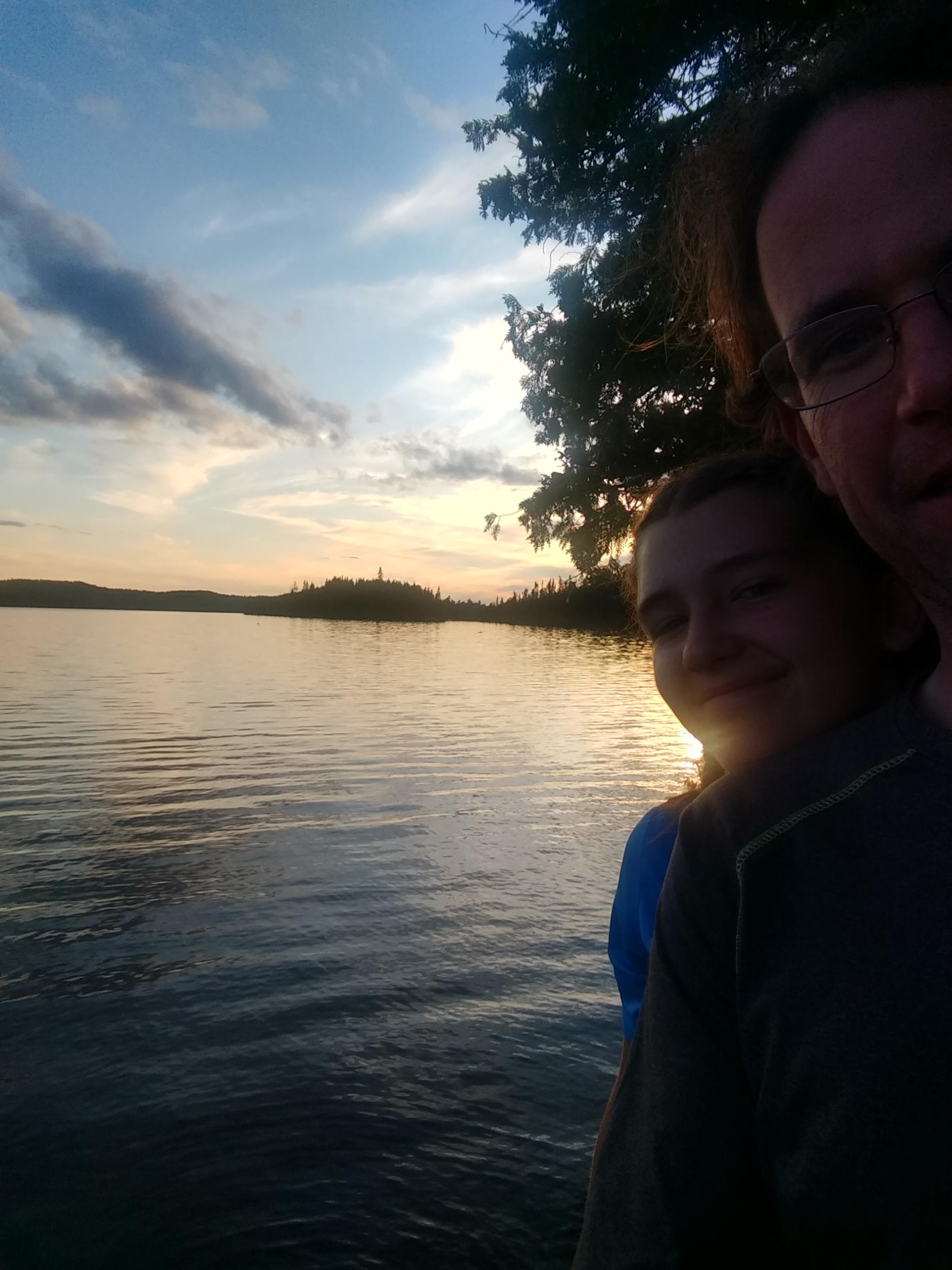 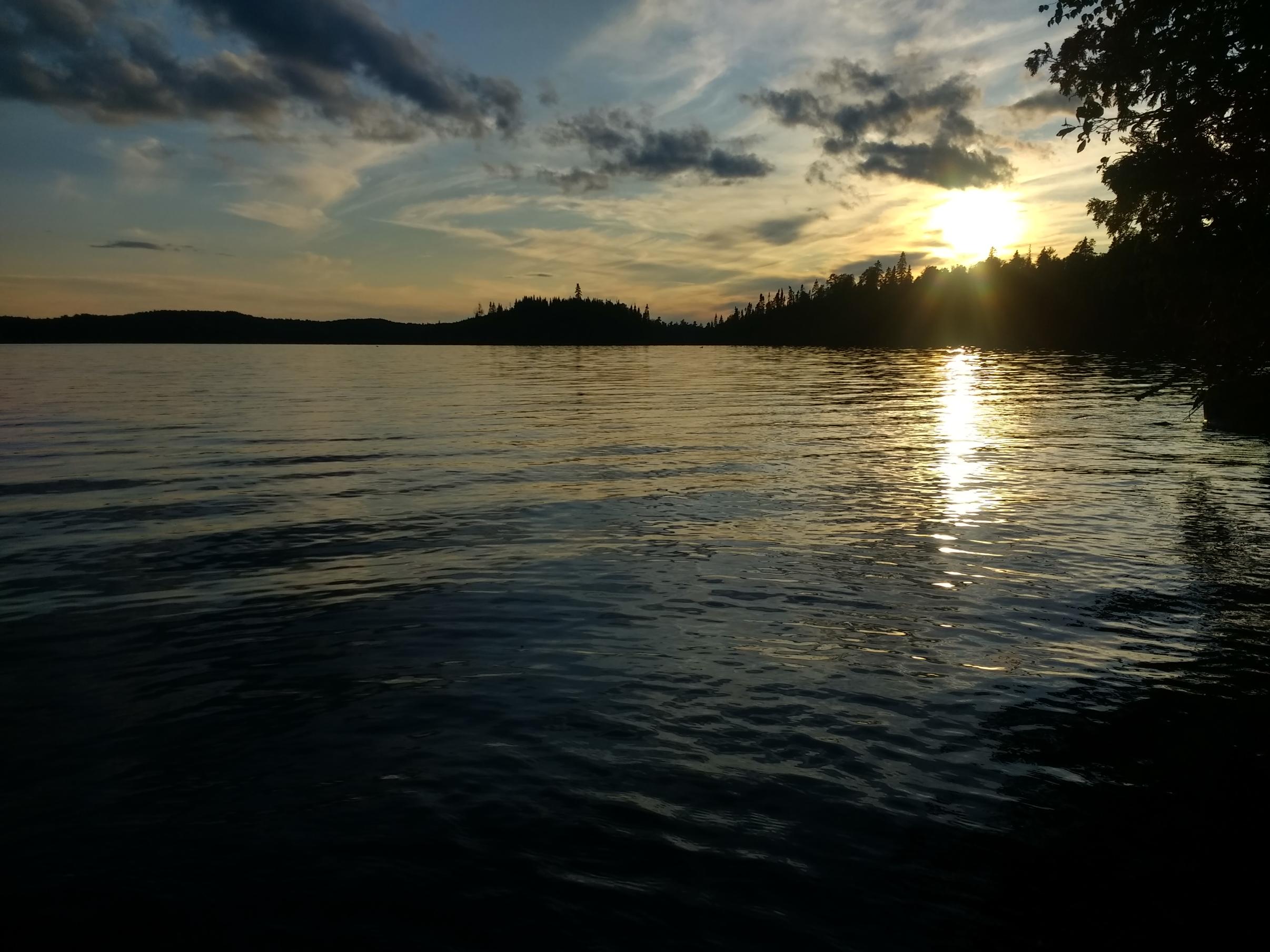 We had a clear sky and managed to stay up to look at the stars, with a nice rock face with northwestern views from the site. Unfortunately we didn't see the Northern Lights (which I've somehow still never seen) but it was a beautiful night for watching the sky.
~Henson Lake, Omega Lake, Kiskadinna Lake, Muskeg Lake, Long Island Lake