First Timers from Birch to Knife - Lessons Learned
by longblueveil

We drove up from Ohio over the course of two days, with the second day having time to stop in Ely for some last-minute gear. We then headed to Williams and Hall Outfitters on Moose Lake. W&H provided two Minnesota 2s, all our food, and 2 Duluth packs. We had brought the rest of the gear with us.

After a good nights sleep and breakfast at the Outfitters, we got an 8 AM tow to the portage between Sucker and Birch. It was an easy <10 rod carry-over, but gave us an opportunity to get familiar with carrying the boats and gear.

We had a very pleasant paddle up Birch, ogling over loons and bald eagles like a bunch of southerners. We then started the series of 5 portages along the US-CAN border to Knife Lake. We double-portaged the whole way and didn't have any real issues. These portages varied in length, but were all relatively flat and dry. The first from Birch to Carp was probably my personal favorite, but there was plenty of nice scenery at each.

After finishing the portages and a quick lunch on the Knife landing, we cruised to Isle of Pine. My dad had met Dorothy Molter on his last visit and he reminisced about the Root Beer lady. We checked out Bacon Striped Rock. The outfitter had told us some people thought it was good luck to kiss the rock, while others thought it was good luck to pee on it. We opted for neither.

We paddled on, with the island site on Amoeber Lake in mind. However, the wind picked up and we stopped at campsite 1460 on Knife Lake just SW of Thunder Point. We set up camp just before the rain started. We grilled up some steaks and went to bed early.

Lesson Learned: Bring a bigger tarp. Better yet, bring 2 or 3. 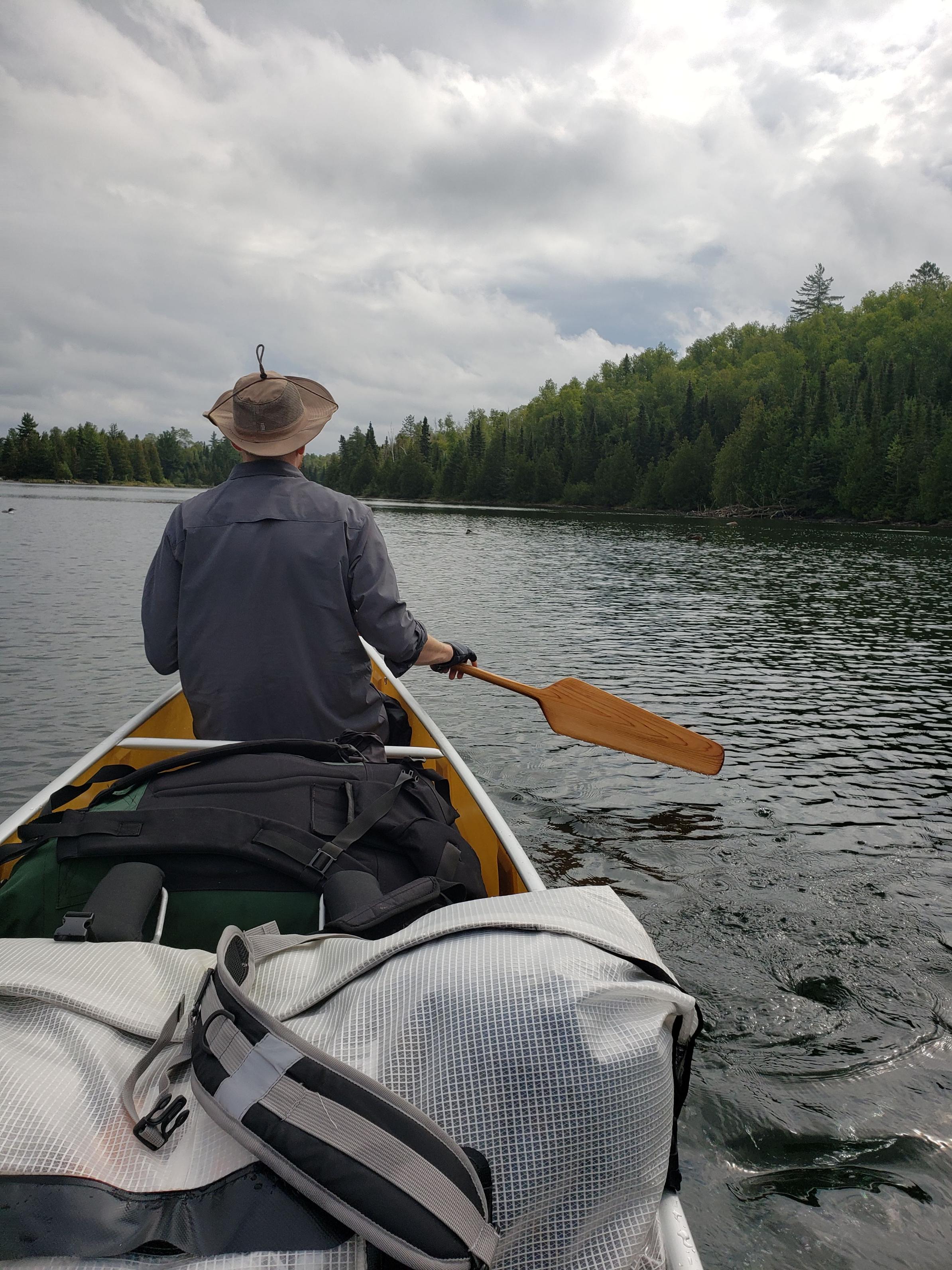 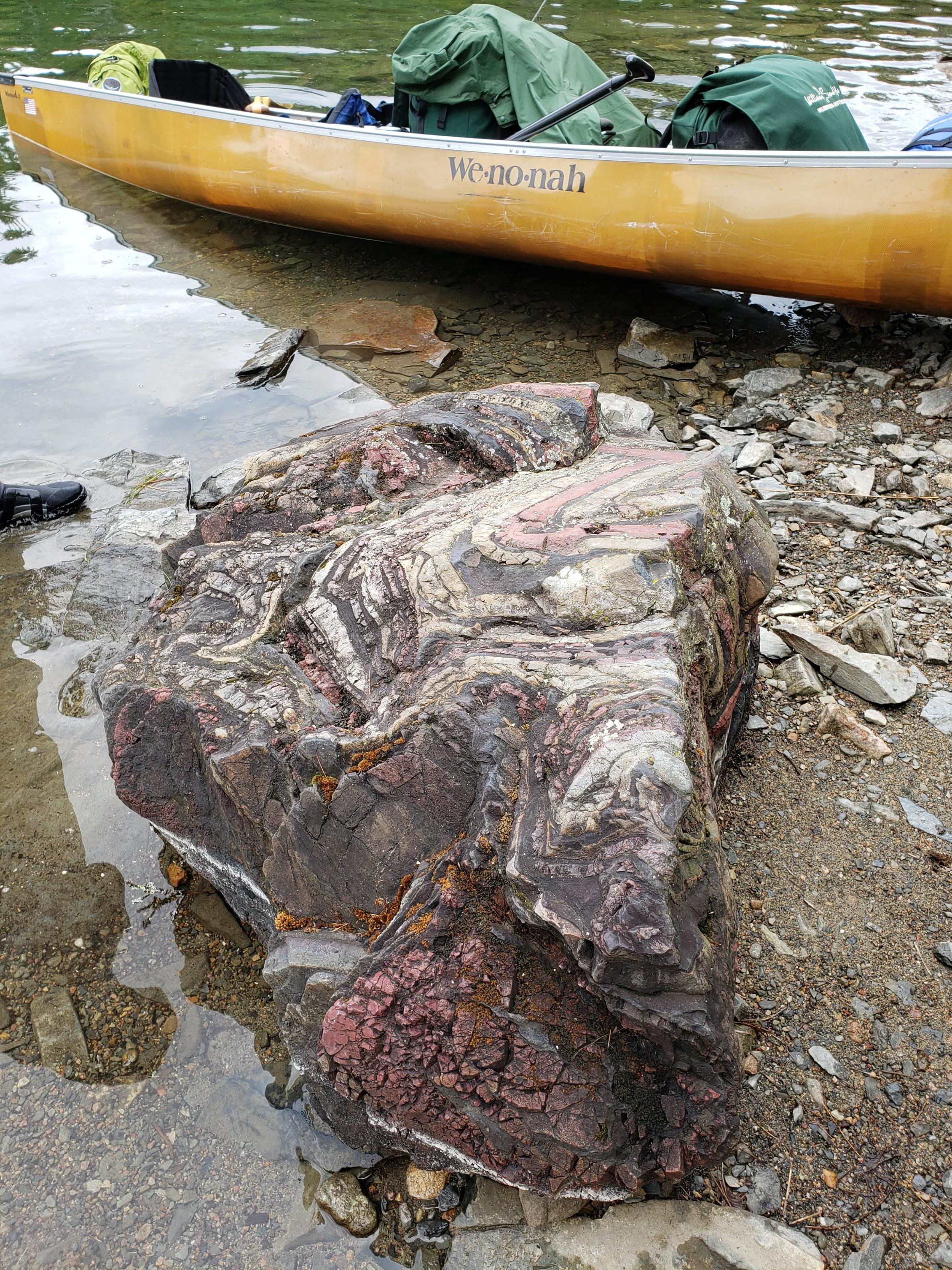