Trip Type: Paddling Canoe
Entry Date: 09/19/2019
Entry & Exit Point: Slim Lake (EP 6)
Number of Days: 2
Group Size: 2
Trip Introduction:
A quick trip to bring my 20 yr old daughter into the BWCA for the first time. Was going to be a 4 day trip but was reduced to just two.
Discuss Trip: View Discussion Thread (14 messages)
Report
We have about an 8 hour drive from home to Ely. We left after work Wednesday night and drove through the night to get to Ely a couple of hours before things started moving in town. We ate breakfast at Britton's when they opened the door and it was delicious. On to Cliff Wold's to pick up the canoe at 7:00am and then on to EP6 shortly afterwards. I planned on a fairly easy trip to break my daughter in slowly. She was a little tenative about how this would go. We took the easy portage to the entry point into Slim and we were off! 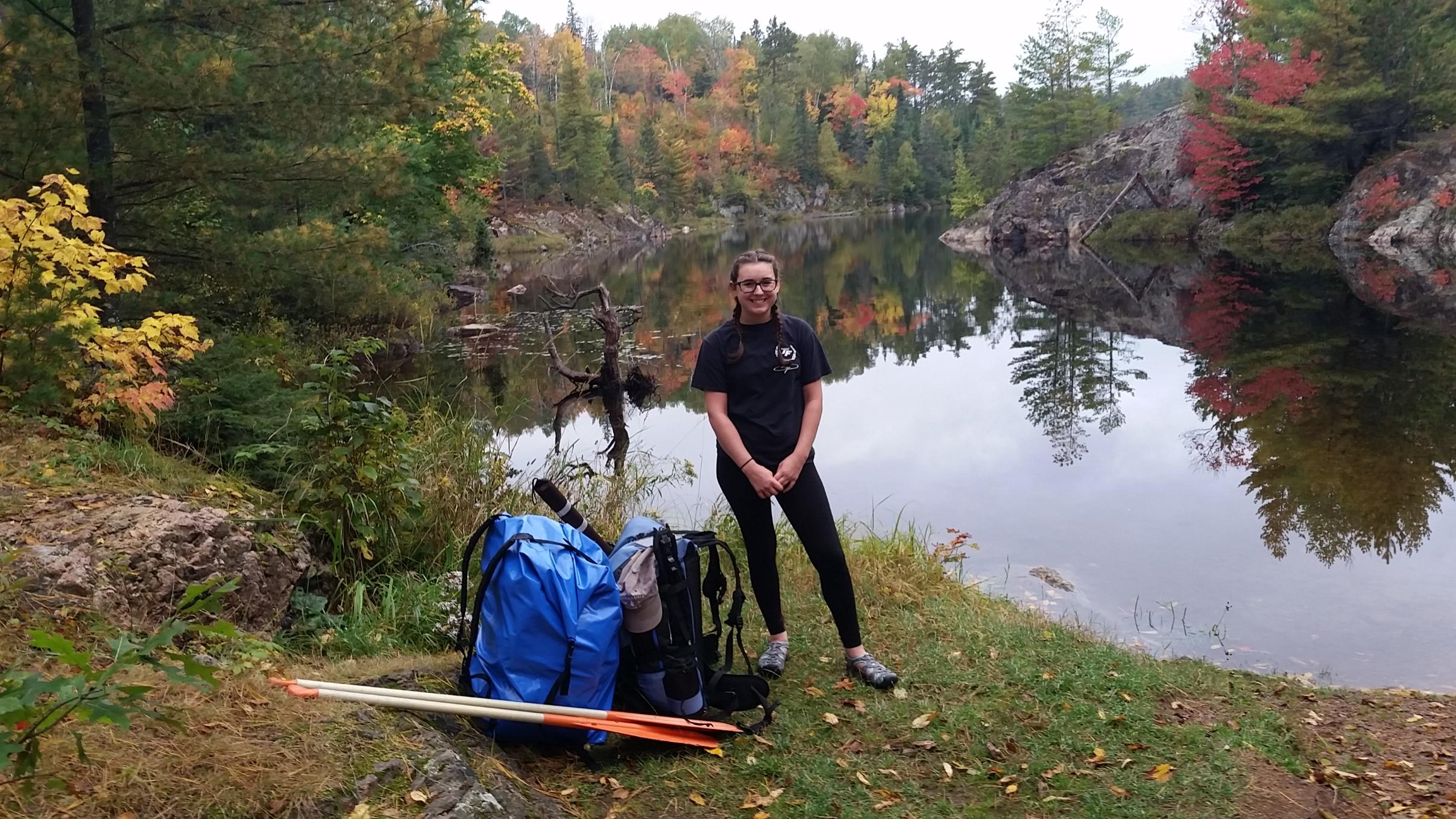 We entered Slim Lake on a warm cloudy morning. We passed by the camp site across from the little island as it was occupied but stopped at the northernmost site just to check it out. We were not impressed. However, something very impressive did happen there. While on shore still we heard a low moan call. It wasn't a howl, it almost sounded like a moose a little bit. After a couple short "calls" a wolf howl was heard from what sounded like a couple hundred yards further north (this was all on the east side of Slim and we where on the west side). The single howl turned in multiple howls and in short order turned into a cacophony of howls, yips and barks. It was so beautiful and close. I have heard coyotes do this many times before but the tone and resonance was so much lower and deeper there was no doubt this was wolves. My first time hearing them in the BWCA. I looked over at my daughter and was relieved to see the pure joy on her face. She had been able to start recording in the middle of the song and we had a minute of sound to remember. I was just happy it didn't freak her out. She said she can handle wolves and bears and any small critters but if we run into a cougar then she might freak out a little bit. She is not a fan of them at all. We moved on to Rice Lake and checked out the campsite there and it wasn't bad. It had started to mist lightly and we talked about maybe just staying there. We decided to press on to Hook Lake and see if the campsite there was open. We pressed on and very lucky for us it was open. I have to say I cannot remember a nicer campsite anywhere in the BWCA. It was large and open and Hook Lake is just beautiful. I could have stayed there a week just exploring that lake and the trails around it. 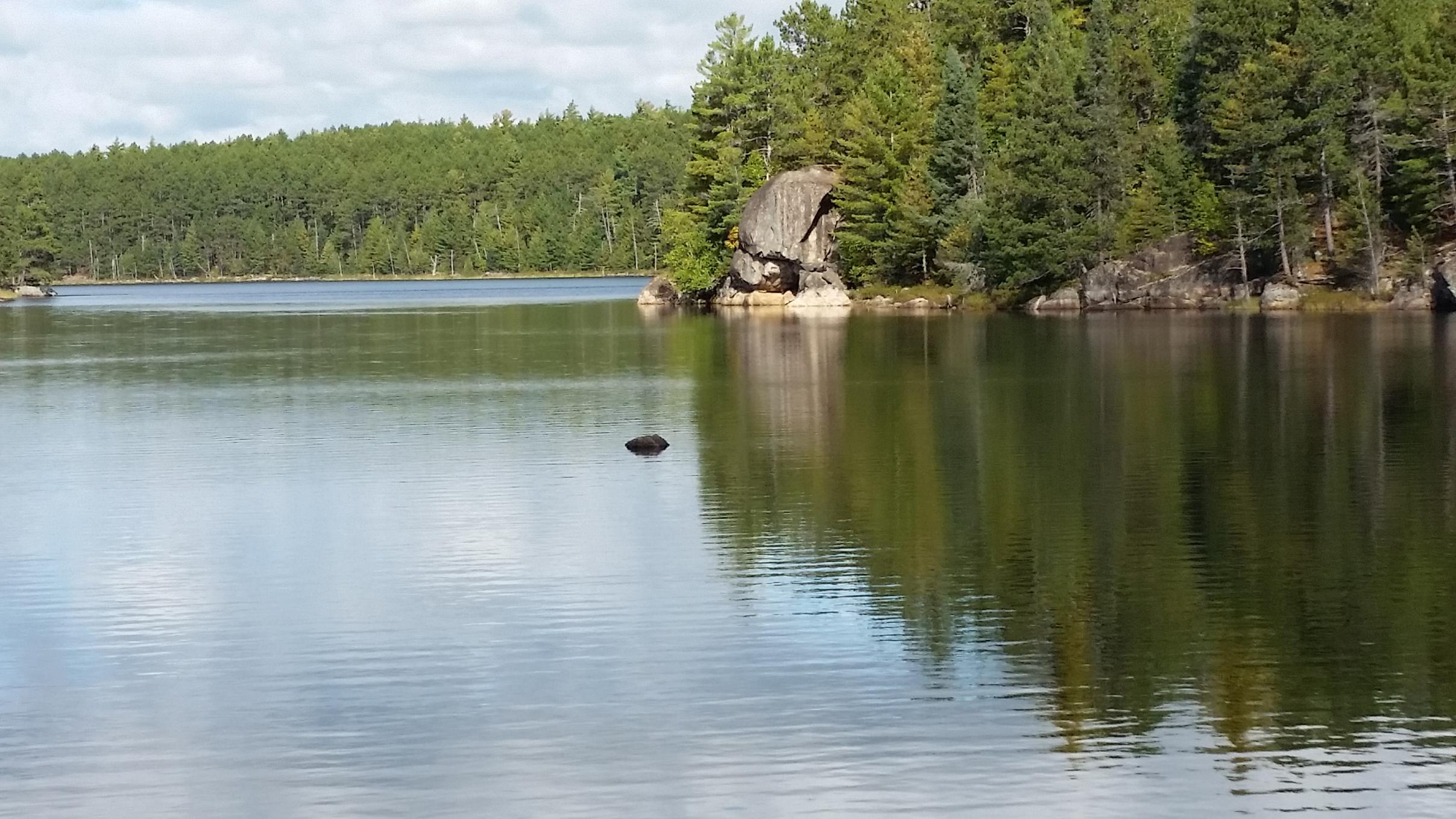 We thoroughly enjoyed this site. We heard the wolves again in the evening and then again in the early morning. We explored the portage to Keneu Lake and then listened to the weather radio....I almost wish we hadn't. The outlook for Saturday and Sunday was not good. They were calling for Thunderstorms with winds 10-15 mph sustained and gusting to 20mph.  Also, we heard another report say 15-20 sustained and gusting up to 30mph. The animals and rain didn't bother us but wind is a big thing I worry about. I know the odds are small but blow down is something I don't want to play around with. Call it extreme caution of a father not wanting to put his daughter in danger but we decided to pack up and head back to Slim Lake and see if there was an open campsite there. We got back to Slim and what was open on our way in were now occupied. Rather than risk the weather and have a great trip end on a bad note we went ahead and left. We were both pretty disappointed on the drive back home but we both agreed a return trip next year was in order and she now knows what to expect and understands why I love going there. 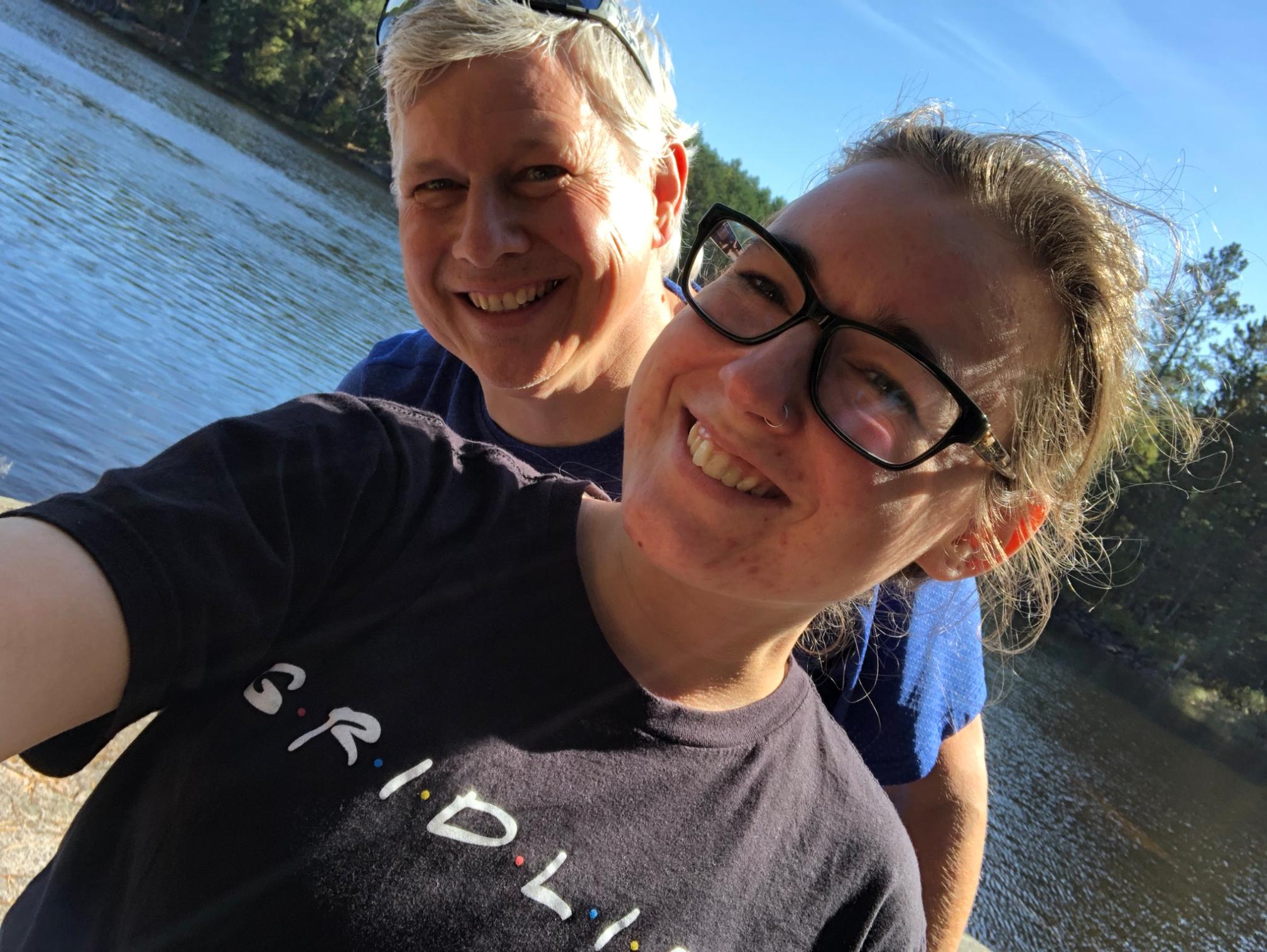 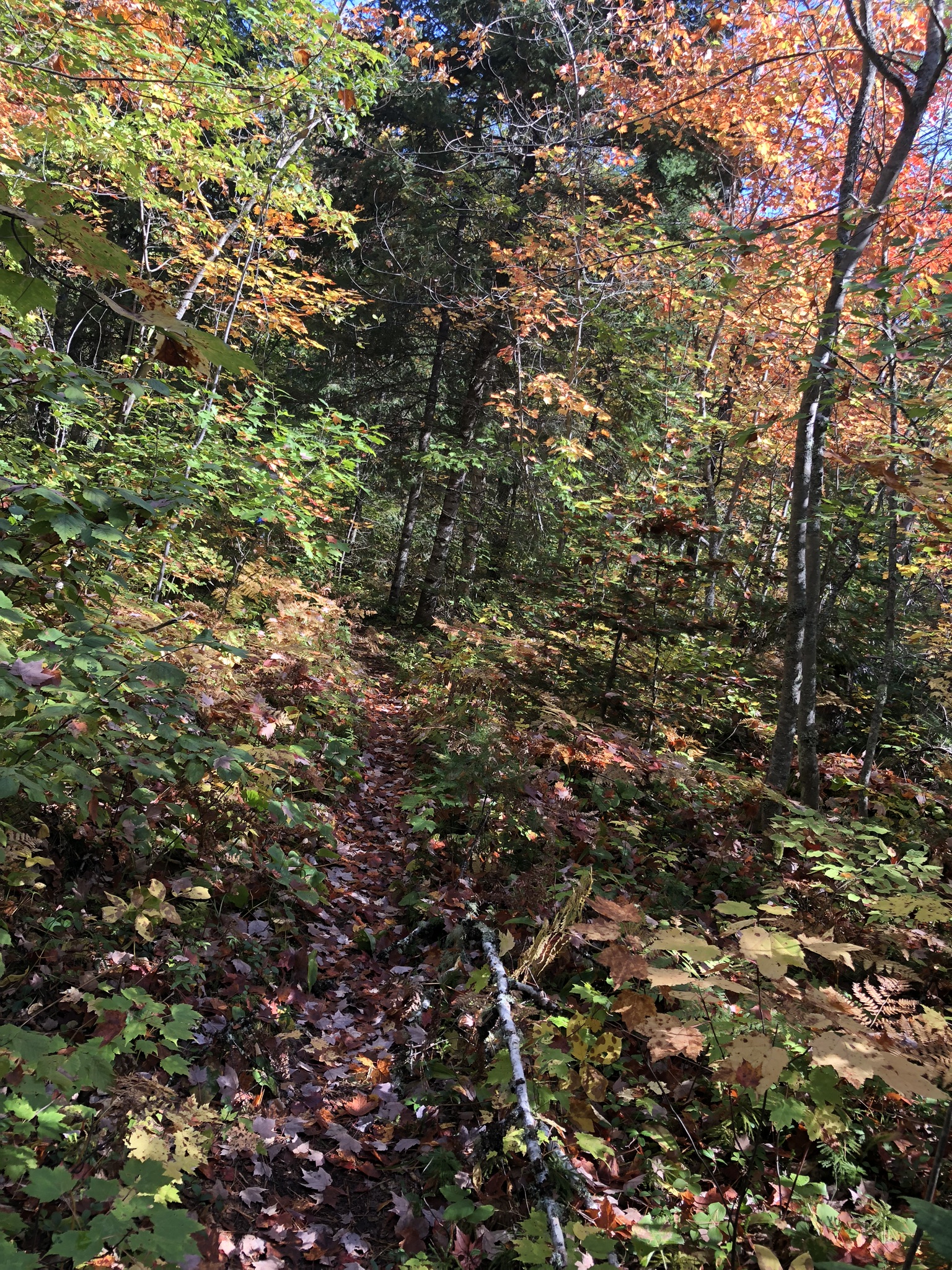 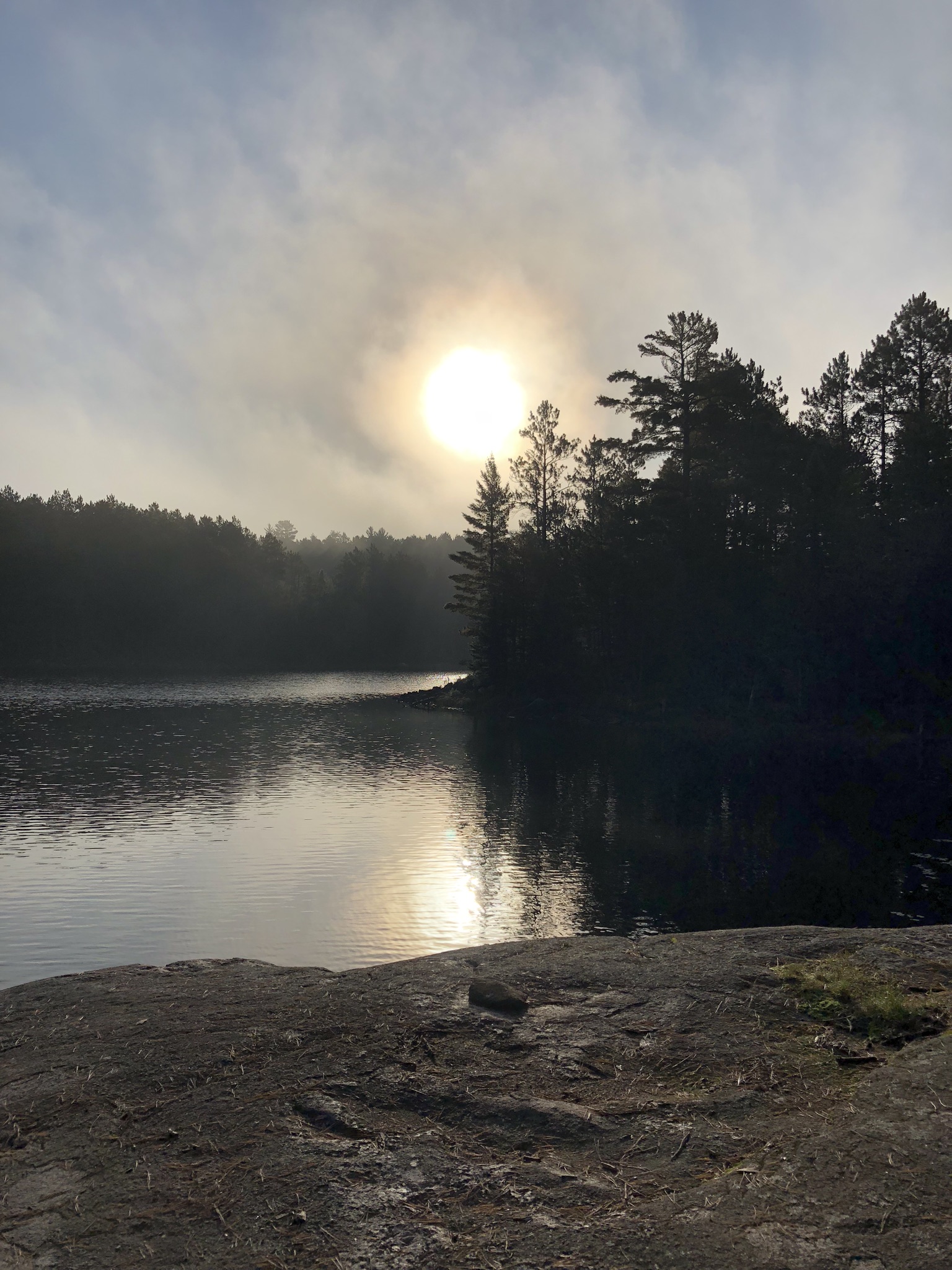 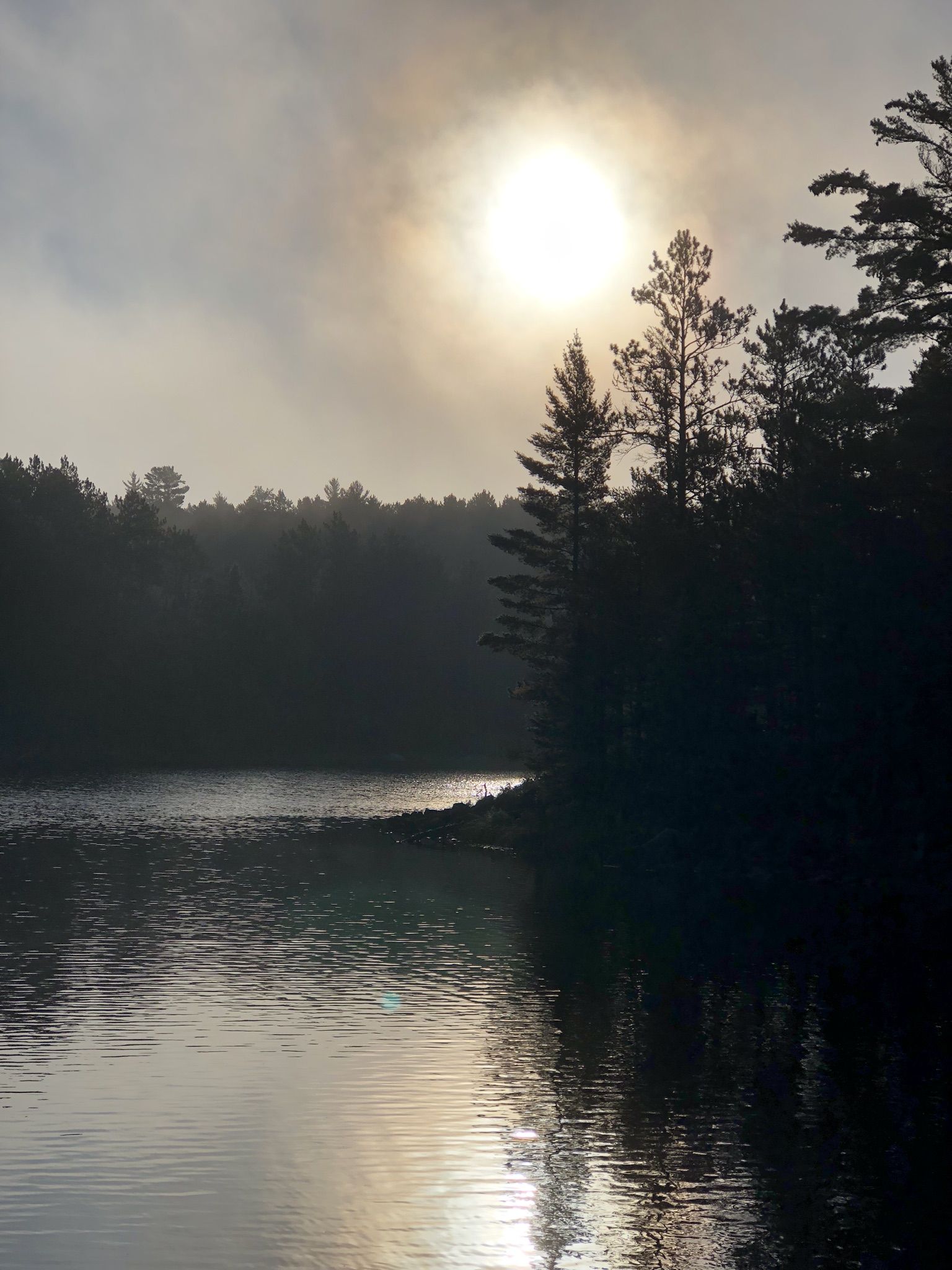 So that is the quick breakdown on the shortest trip I have taken into the BWCA but I did make a new trip partner....I think....lol~Slim Lake, Rice Lake, Hook Lake, Keneu Lake