Trip Type: Paddling Canoe
Entry Date: 09/23/2019
Entry Point: Baker Lake (EP 39)
Exit Point: Baker Lake (EP 39)
Number of Days: 3
Group Size: 1
Trip Introduction:
I was planning a five day solo starting at Sawbill headed to Cherokee, Winchell and Long Island but had to make adjustments after needing to leave a day later than expected. The biggest thing I wanted to see were the lakes between Cherokee and Brule (Cam, Gasket, Vesper) in the fall so I decided to enter at Baker rather than Sawbill and do a lollipop loop. And disclaimer: someone on this forum used the term "Mechanic Chain" to describe Cam/Gasket/Vesper so I definitely stole it. I've also heard a podcast refer to it as the "Vesperian Hills" which sounds very nice.
Discuss Trip: View Discussion Thread (15 messages)
Day 1 of 3
Monday, September 23, 2019 - Baker Lake to west end of Brule Lake

I left the Twin Cities at 5am, arriving at Sawbill to pick up a solo canoe and my permit about 9:30. A short drive later, I was on the water at the Baker Lake EP around 11 headed north. The weather was in the 60s with a westerly breeze but not too bad. I saw one group camped on Kelly and passed a group of four guys on Jack Lake but otherwise didn't see anyone else until I reached South Temperance Lake. All the portages were in good condition, some slightly muddy. I wanted to camp on South Temperance or the west end of Brule so my travel day Tuesday up to Cherokee was pretty short mileage-wise. The southern site on South Temperance was taken so I decided to keep going to Brule. It was almost 3 when I portaged into Brule so I ate lunch in case I had to paddle around looking for one of the three sites to be open on the western end of Brule. The site in the narrows was taken, but I found the site on the island just to the south open and took it. The site isn't great, but for one night on a solo trip it was just fine. My wife got me an insulated growler for my birthday which I had partially filled so I enjoyed a wilderness happy hour. I ate ramen for dinner, had a campfire and then stayed up until the stars were out since it was likely to be the only clear night of the trip. Headed to bed about 10pm. 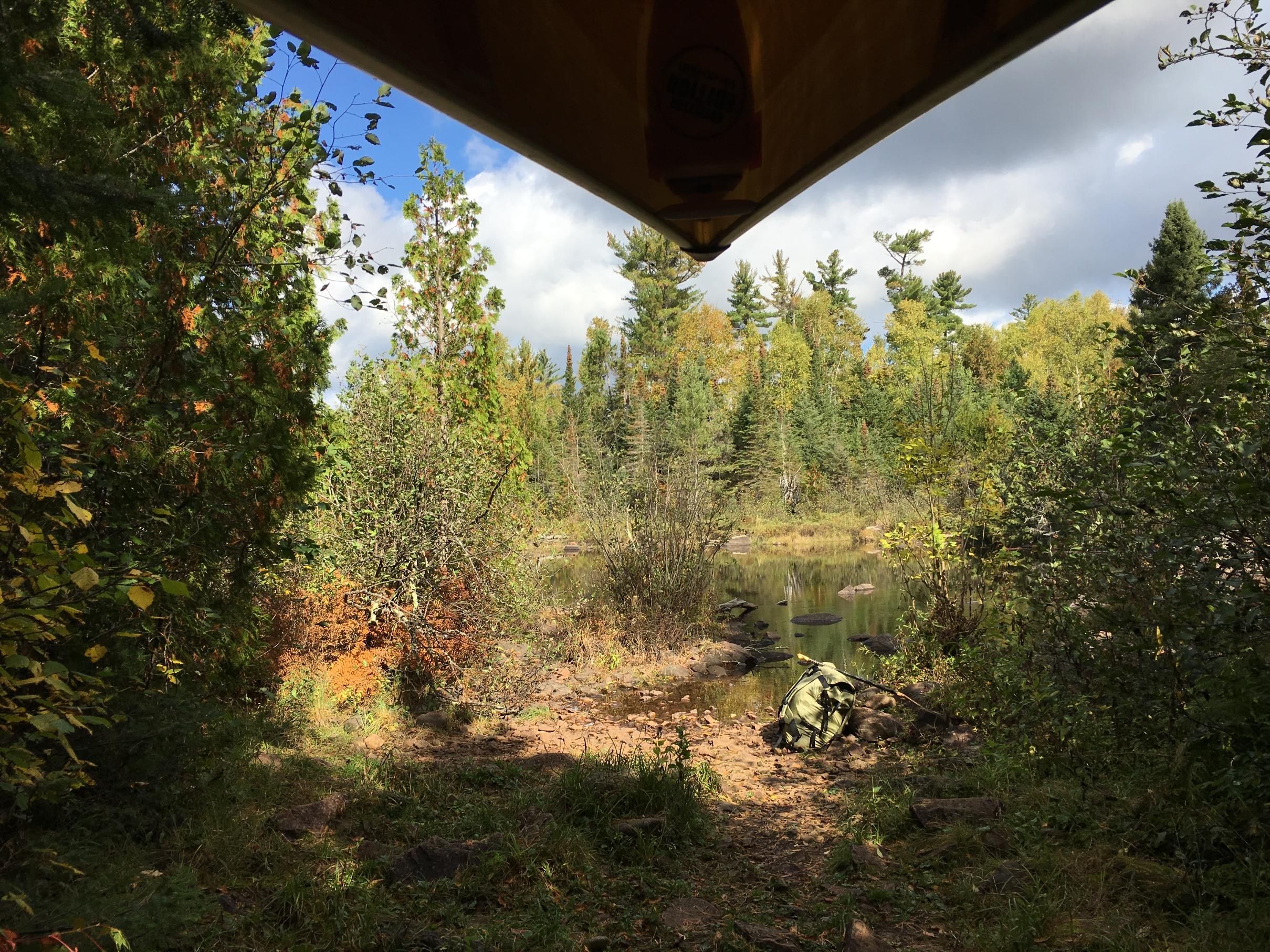 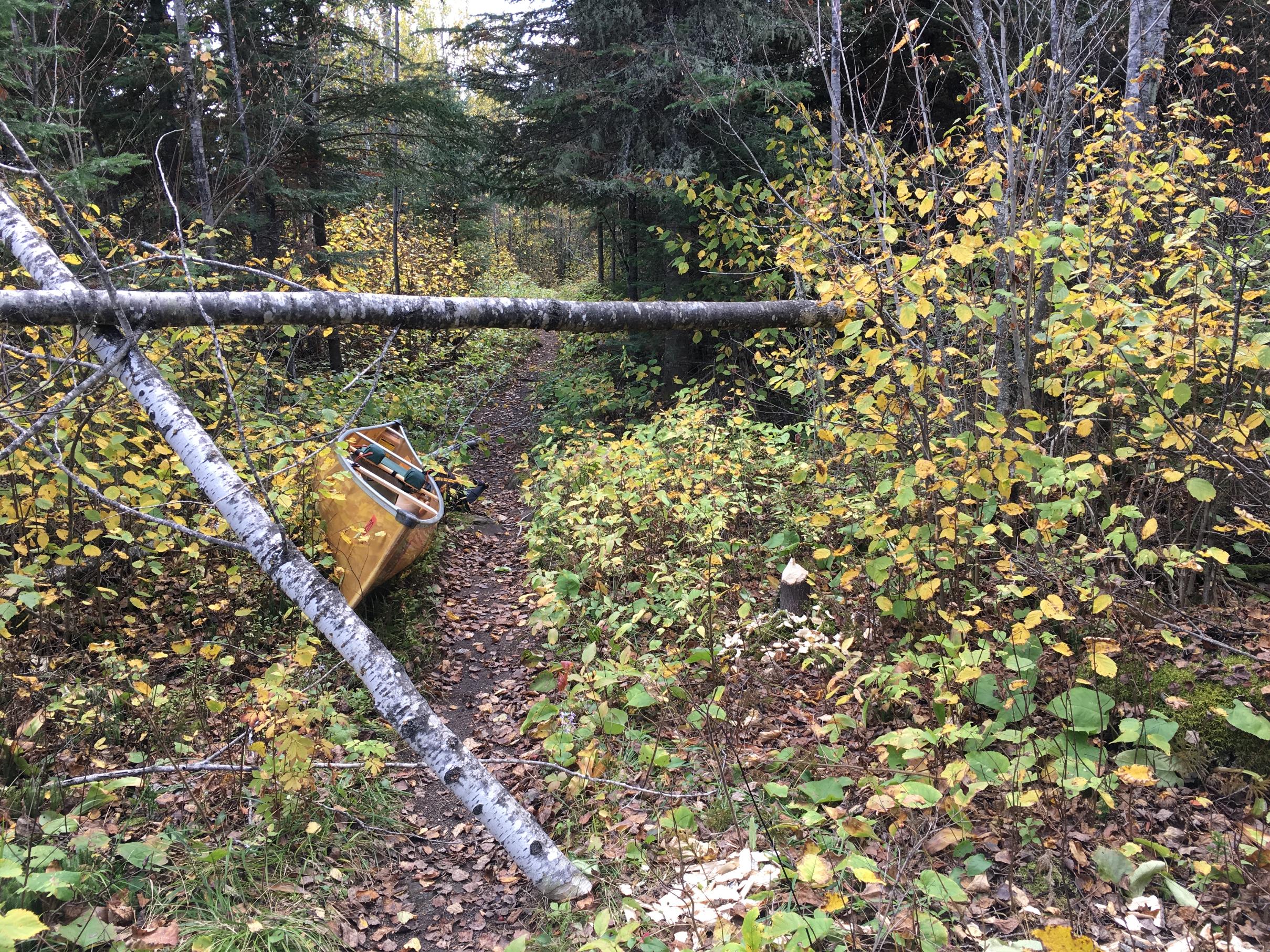 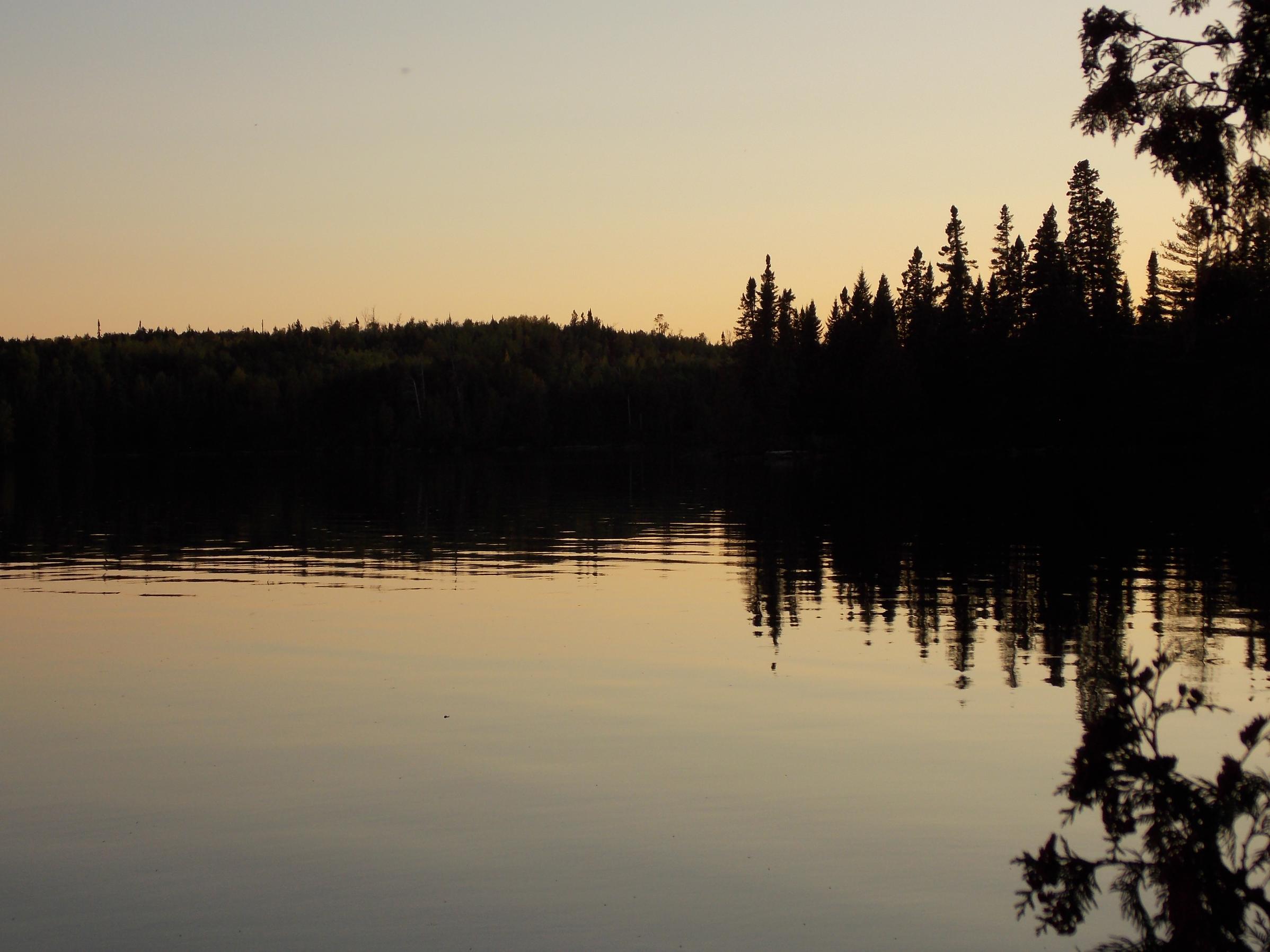