Oswegatchie River and the Five Ponds Wilderness
by billconner

Trip Type: Paddling Canoe
Entry Date: 10/23/2019
Entry & Exit Point: Other
Number of Days: 2
Group Size: 1
Trip Introduction:
I was looking for a short 3 day trip before the season ended up here in way upstate NY. Had targeted the Saranac area but discovered on line Five Ponds Wilderness and the Oswegatchie River. Did some research and it sounded perfect. Figured fall and the water would be slow, like paddling “rivers” in Boundary Waters. Was I wrong. I suppose that it had been raining a lot this fall and the week before I launched had a lot to do with it. This was to be a 3 day trip but shortened to 2 days, partly because of the unexpected strong current, partly do to some stomach distress, and partly due to thunder and rain potential. (It started raining just as I finished tying the canoe on the car.) Either one alone I would have pushed on but together I said enough. I think I also learned about the importance of rocker for conditions different than Boundary Waters, and have started a search for new solo canoe, probably with a lot of rocker. That for another discussion. I’ll just add that I had read the paddling distance from entry to the normal High Falls destination was about twice the as the crow flies distance, and I’m sure I went triple. Tight horse shoe bends, one after the other, nearly the entire way. I’d just round one and the next one was only 10 to 20 yards - or less - ahead. My Tranquility gets the hit that it doesn’t maneuver well, and it’s true. Very hard to turn on a dime time after time. So searching for a second solo, as I still love the Tranq for its stability. Probably looking for a pack canoe, but more on that later. Enjoy the pictures!
Discuss Trip: View Discussion Thread (12 messages)
Report 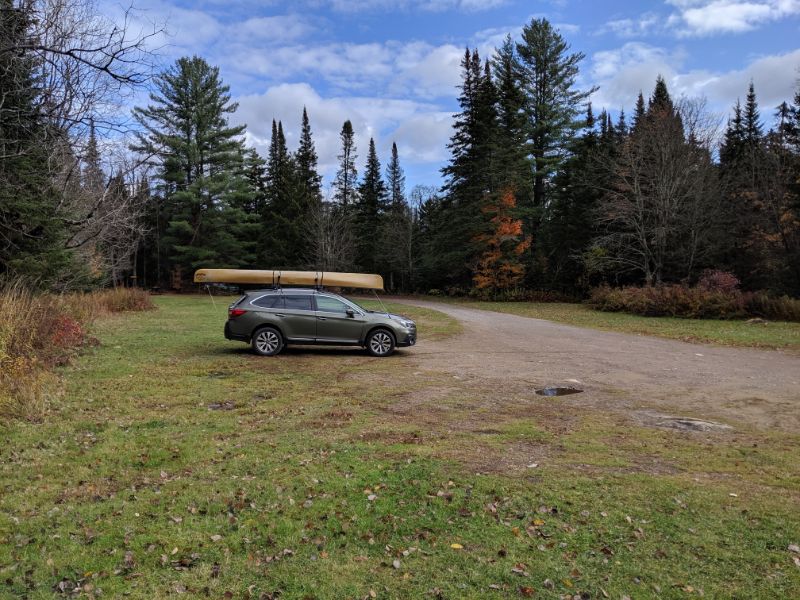 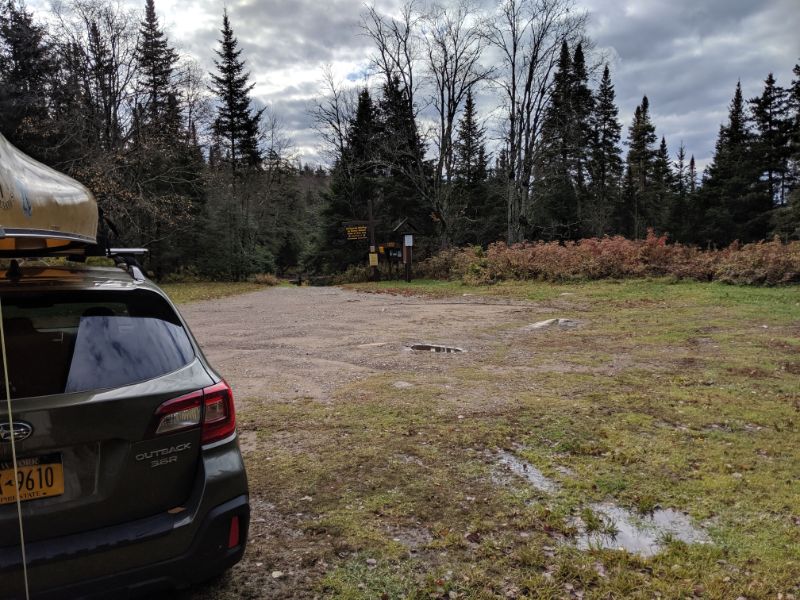 This is the parking lot at the entry point on Inlet Road. Solitude to follow. 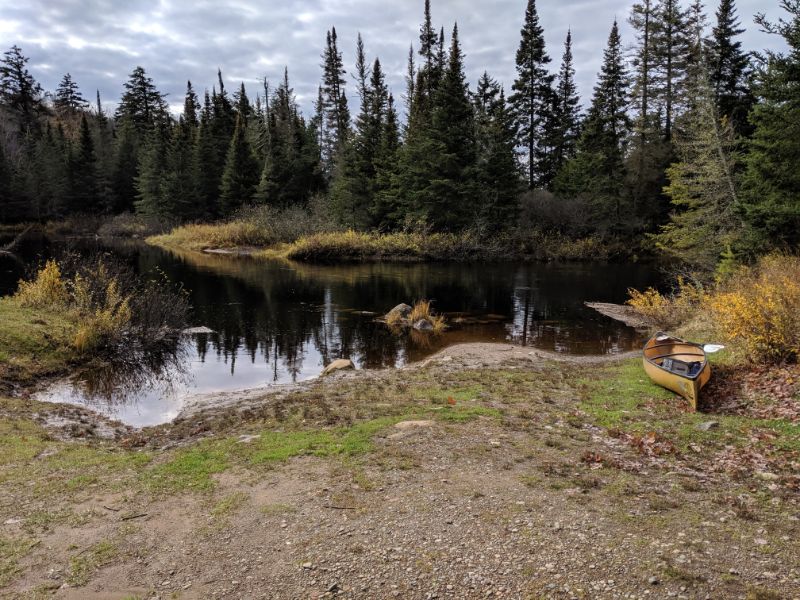 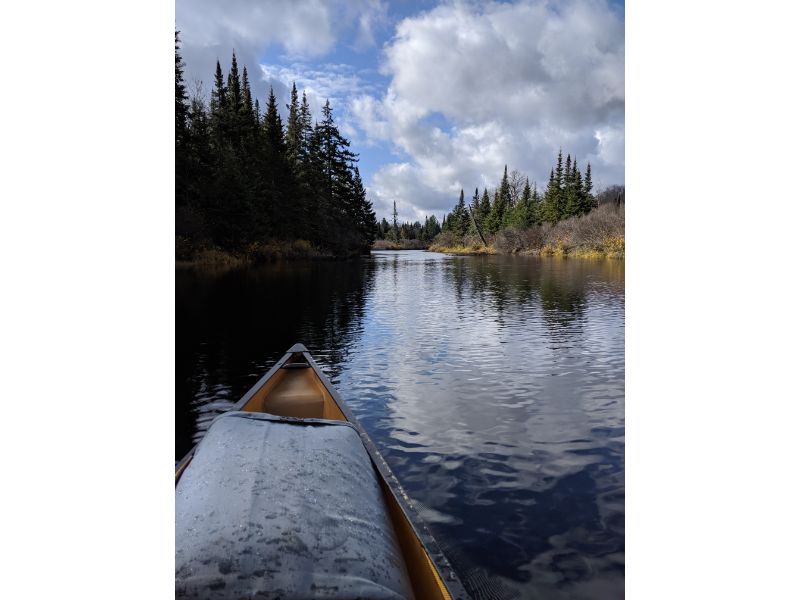 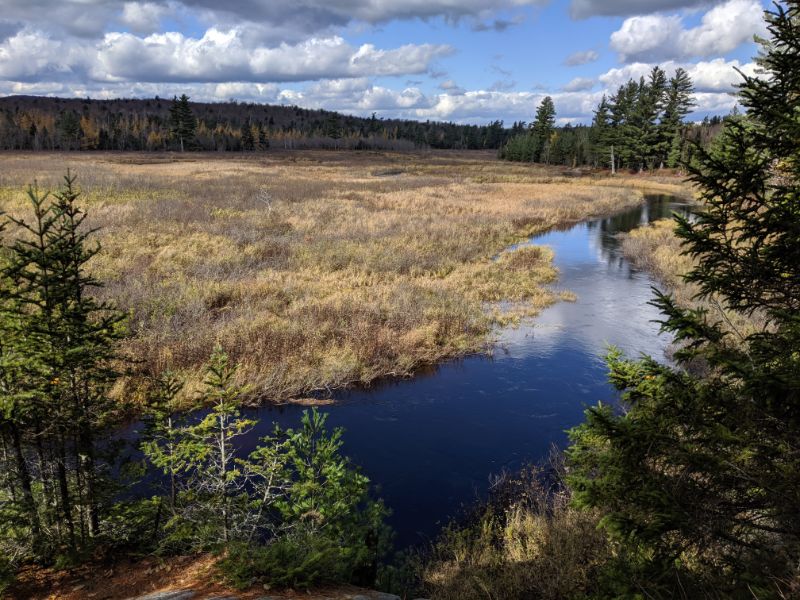 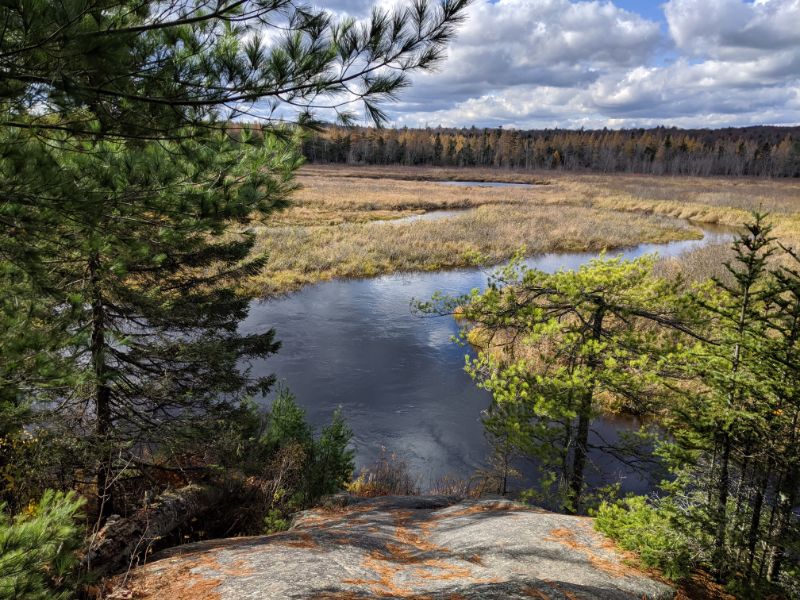 Views from the high rock camp site up and down the river. 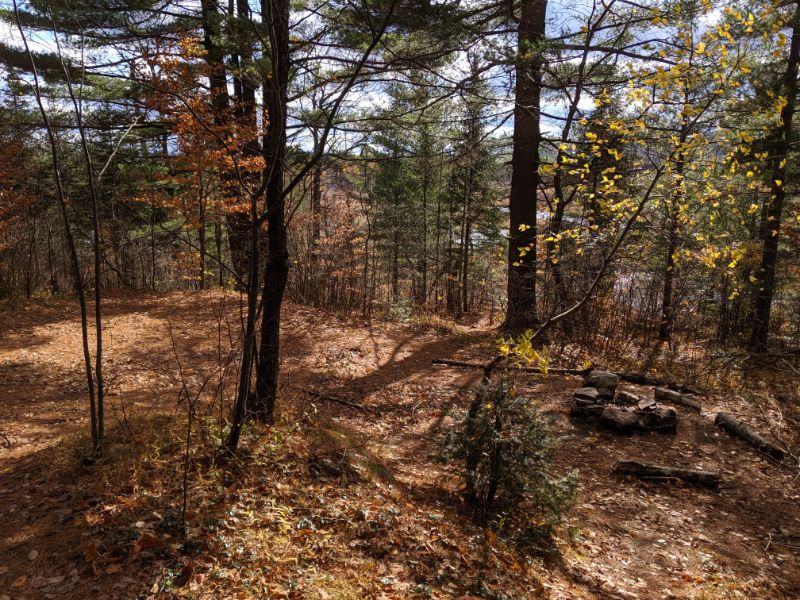 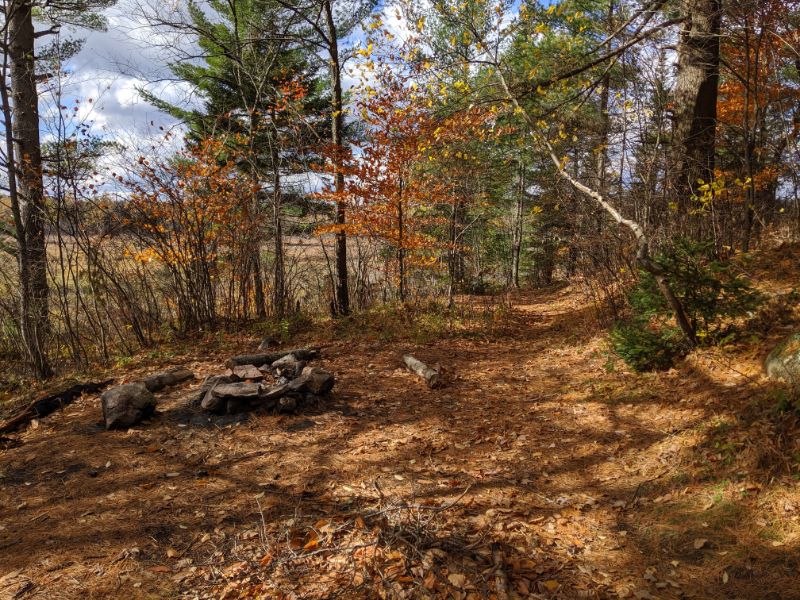 Typical camp site - 47 on this river - including 3 Adirondack lean-tos. 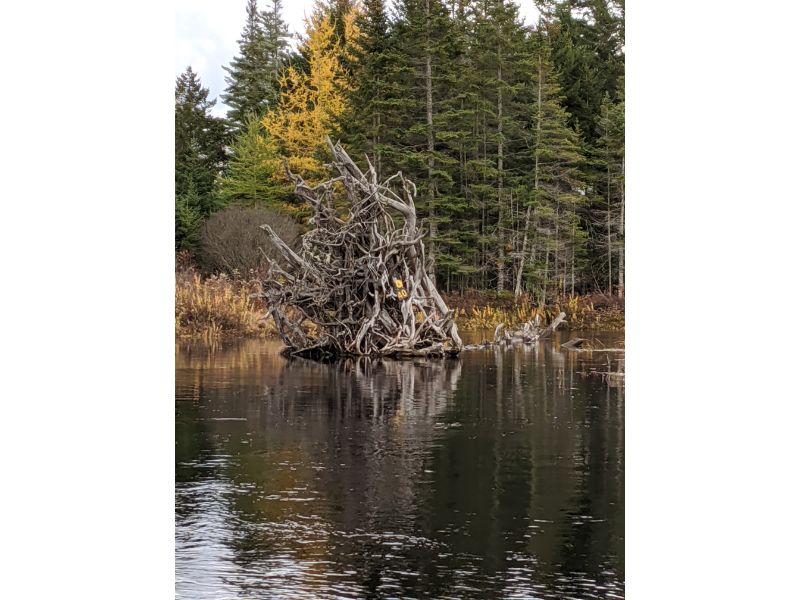 I love the roots in BWCAW as well. Happy to find then here, though woods considerably less "boreal" than BWCAW and Quetico. 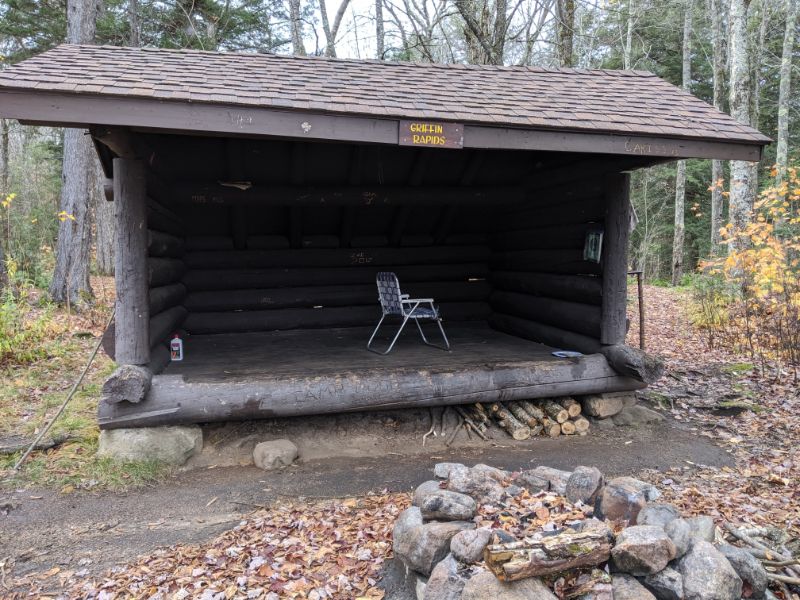 Griffin Rapids lean to for the night. Not really any rapids - just swift current. 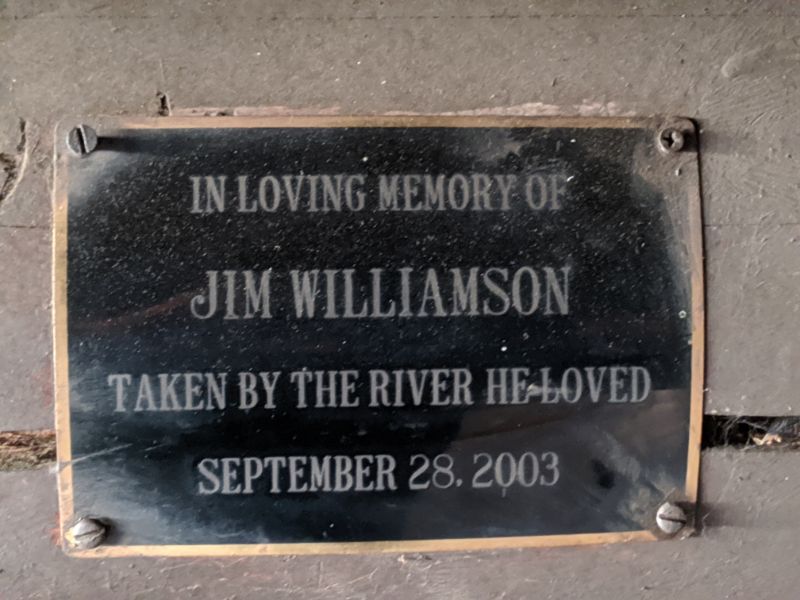 PS -  Found this: "A story in the Harrisburg, PA Patriot News reported that James Williamson, 58, died while canoeing on the rain-swollen Oswegatchie River in New York’s Adirondack Mountains. Mr. Williamson, a Central Pennsylvania political figure, was canoeing with friends on September 28th when his canoe struck a logjam and capsized. His body was found the next day." And then found he went to same college as I did - SUNY Potsdam - and was involved in the performing arts - as Is my career. Weird. 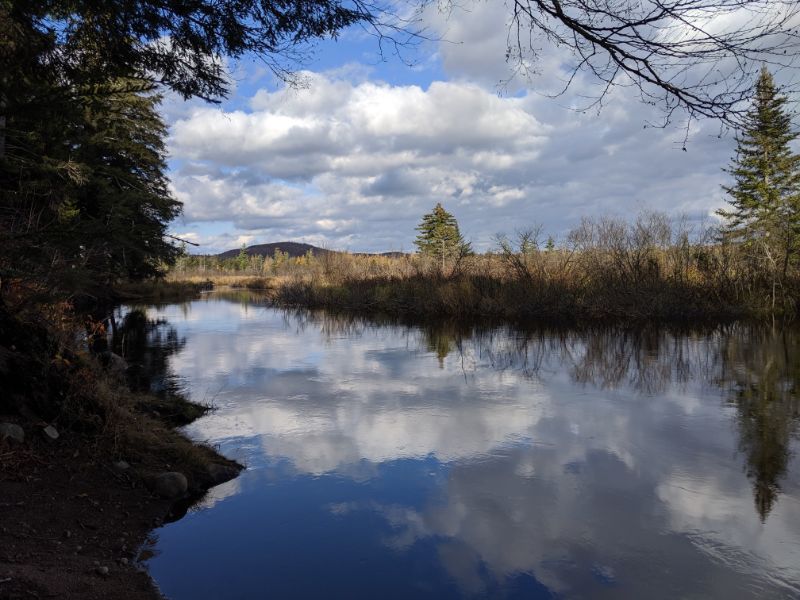 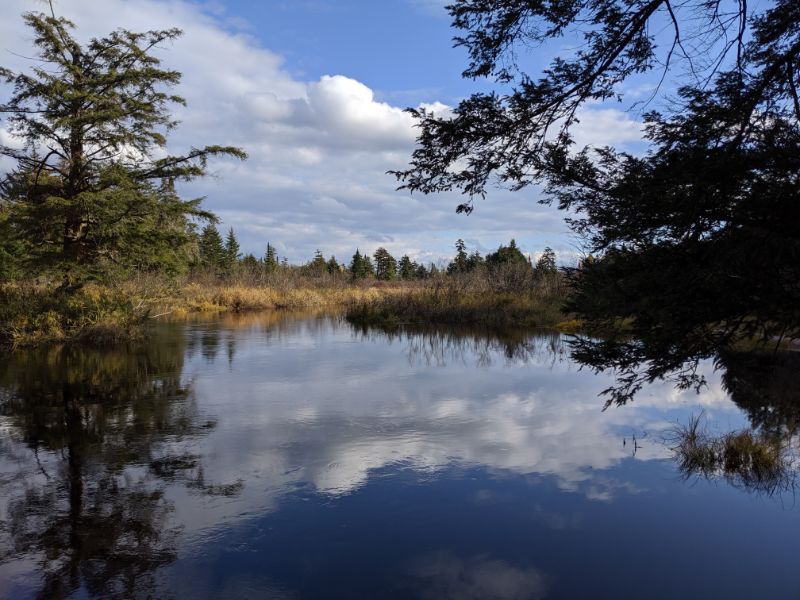 View from lean up and down river. 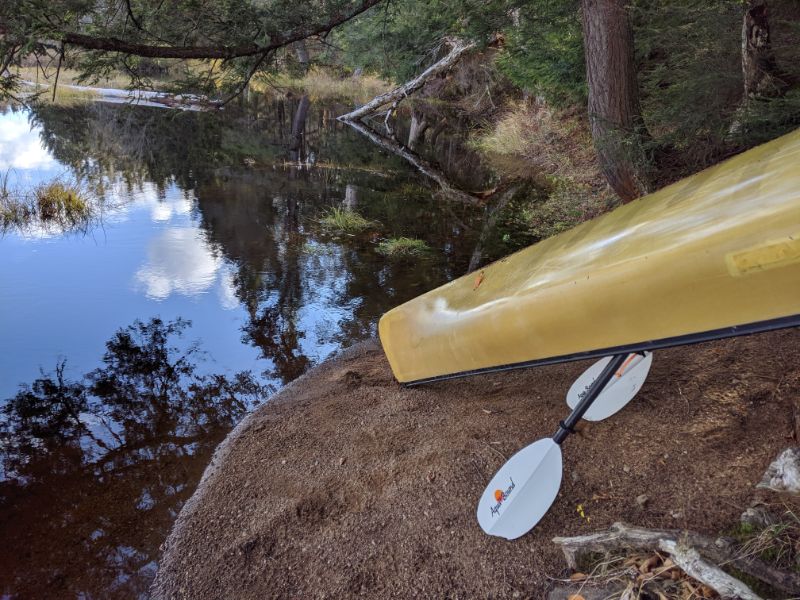 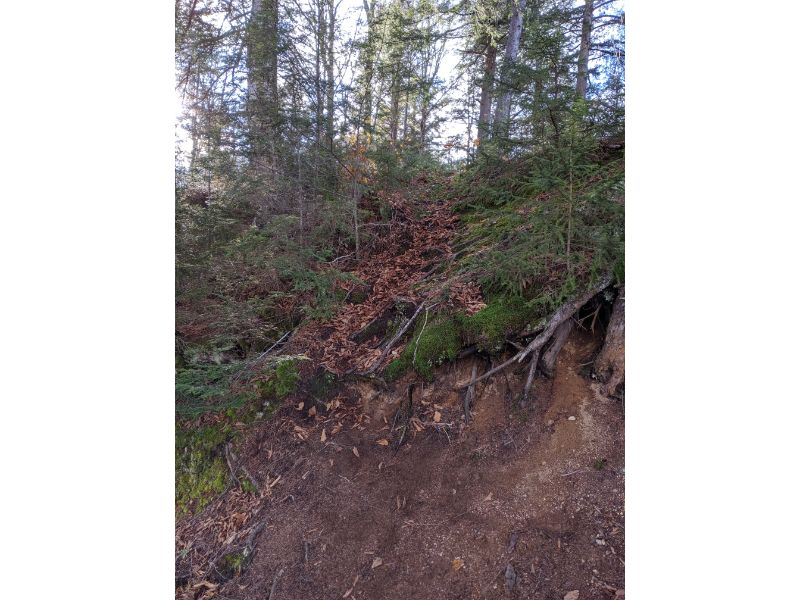 Landing for the lean. Very steep climb up with a typical portage pack, and not much room for canoes. I lashed mine to tree roots. No idea what to expect if it rained hard as predicted. 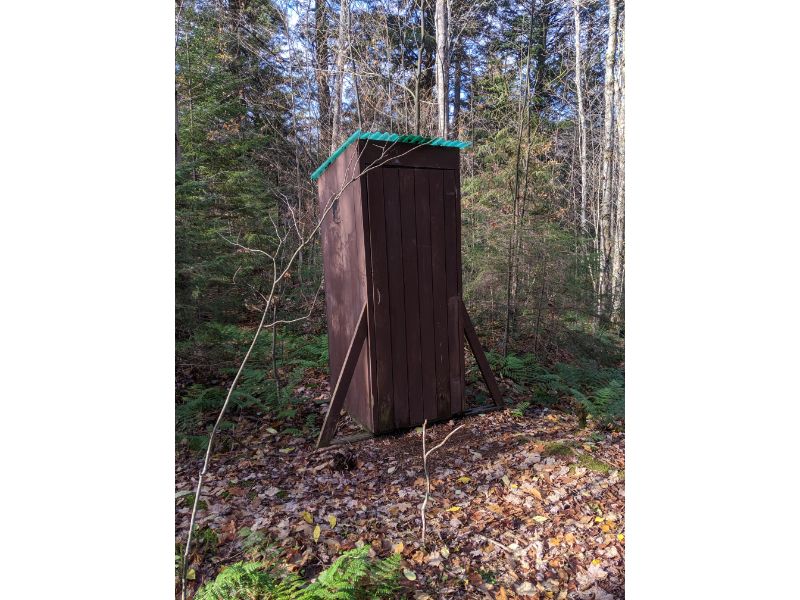 I guess Minnesotans are less modest than New Yorkers - somewhat contradicted by what you see on Times Square versus Peavey Plaza. It was clean and equipped with tp even! 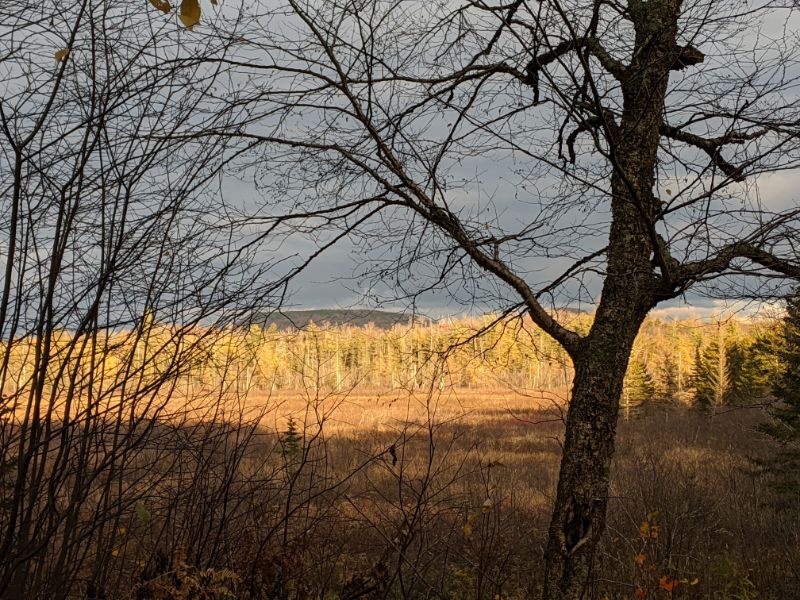 Sunset from the lean. 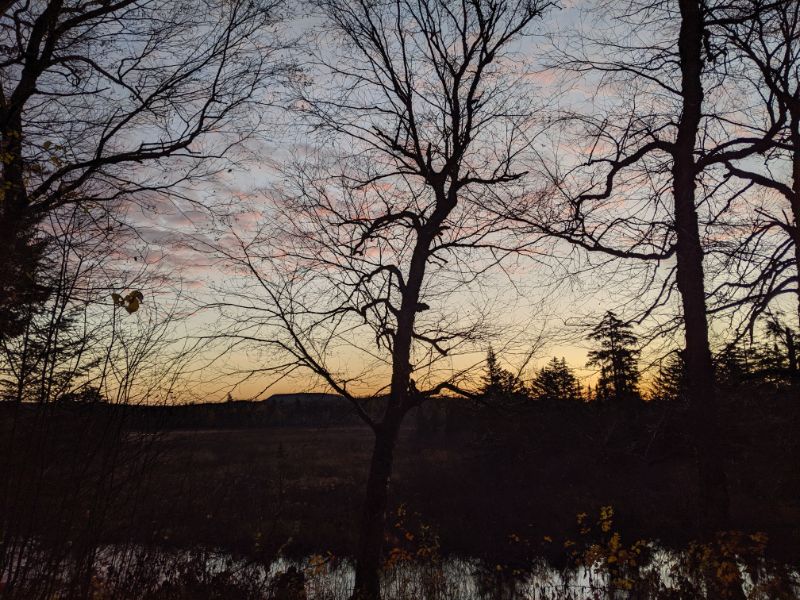 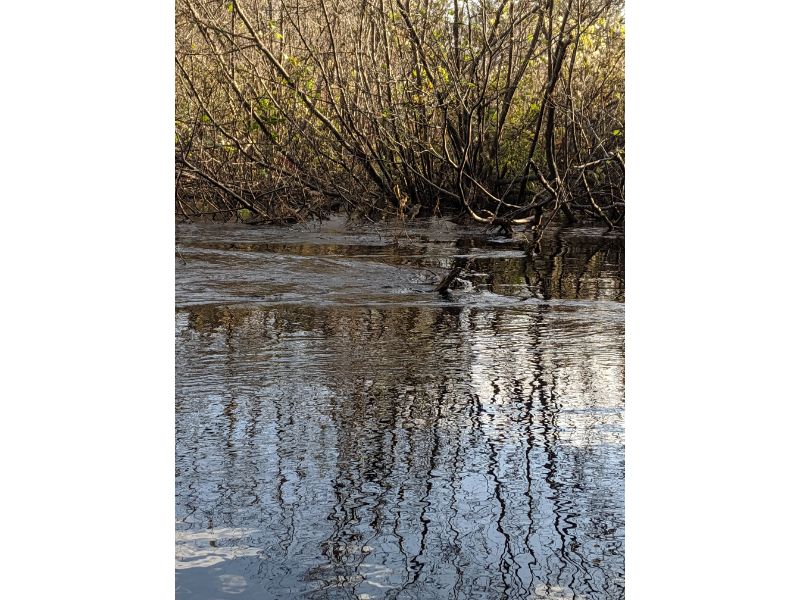 My feeble attempt to show the current in a still photo. I felt like I was really moving just sitting in canoe, paddle still. And to make the many hairpin turns, half of the addling was backwards in my attempt for a tight turn. When that wouldn't do it, I would usually drift into the opposite bank, be able to get parallel, and push off again to next turn hairpin - 10 to 20 feet away. Jeeze.... 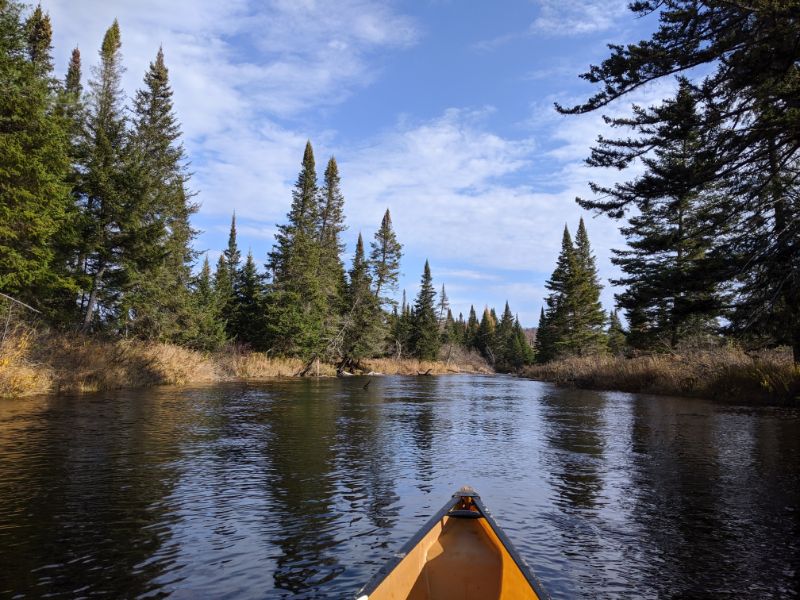 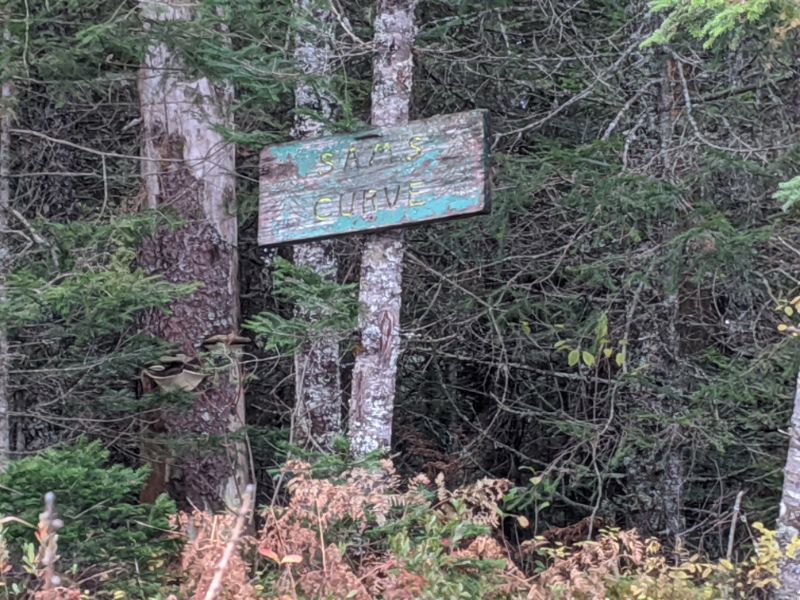 Would like to know the storey behind this but found nothing on Google. 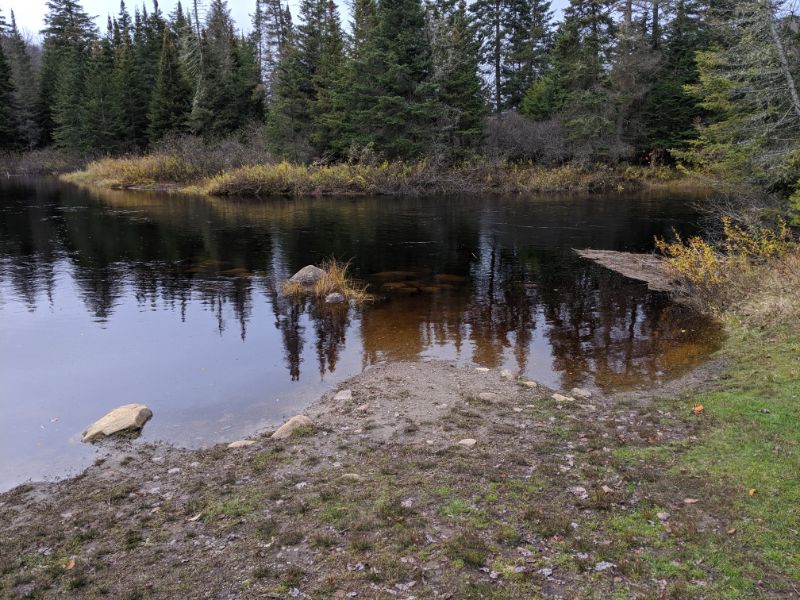 Back at landing. Parking lot still empty. Saw no one. The register - one at entry and one at lean - suggested last folks had been there three weeks before. I'll be back.