This was our first BWCA trip for both my girlfriend and I. We arrived in Ely on a Saturday and checked into the Canoe on Inn. After dinner at Insula we finalized our packing lists and got to bed early. Woke up on Sunday early with a hearty breakfast at Britton's, followed by picking up canoe, portage pack, food pack from Piragis Outfitters. We loaded the canoe and headed to EP30. Packs were slightly heavier than expected. We had the canoe dropped in the water and loaded at 9:15 a.m., weather was cool and cloudy.

We are both avid campers but have never been to BWCA, this has been a bucket list trip since moving to MPLS a few years ago. After putting in around 9 we spent some time catching our bearings and reading a map. I managed to get us turned around within 15 minutes! A short while later is started to rain heavily, put on our rain coats, and had some difficulty finding the first portage. My girlfriend pre downloaded some google maps so was able to re orient us. As the day wore on and the sun dried us out, we improved our map skills, and had the wind to our backs. We made it through Lake One, Lake Two, Lake Three, Lake Four and into Hudson lake where we headed north toward Fire Lake. We settled on site #1368 just north of the burn, and arrived at 3:30. This is a beautiful sight on a peninsula perched up on a hill.

We set up camp and I got our fishing rods set up for slip bobber fishing with leeches. My girlfriend caught an 18 inch walleye within 5 minutes! We caught a few more walleye that evening after dinner. Dinner was steak, grean beans, walleye. Into the evening we were looking to the south west toward the burn area when we noticed a very odd looking light. After much speculation about what it could be (thought it was a fire initially), a bright red moon rose over the horizon! It was a great first day and we were exhausted. The night was finished with whiskey and red wine around the fire. 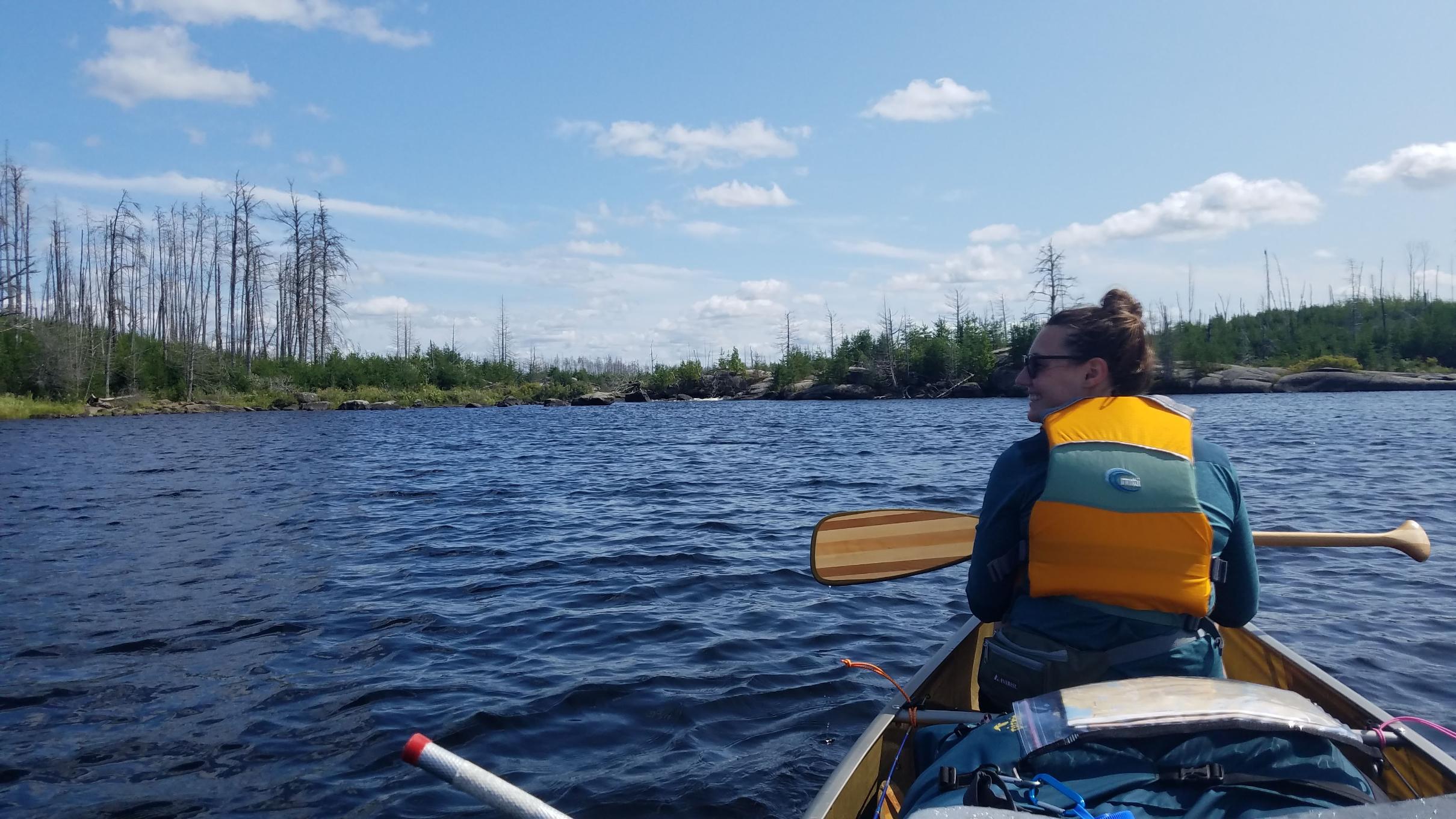 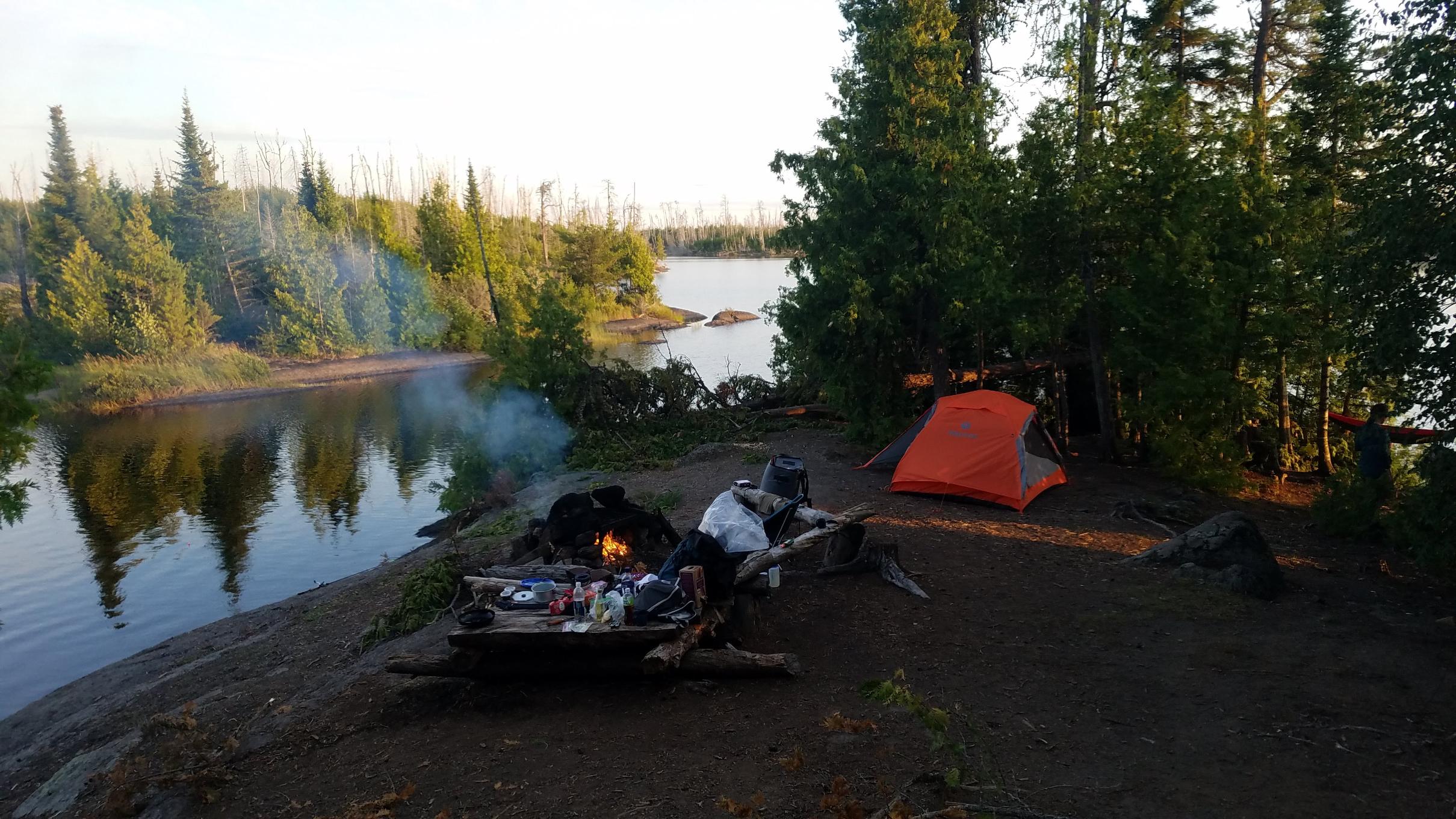 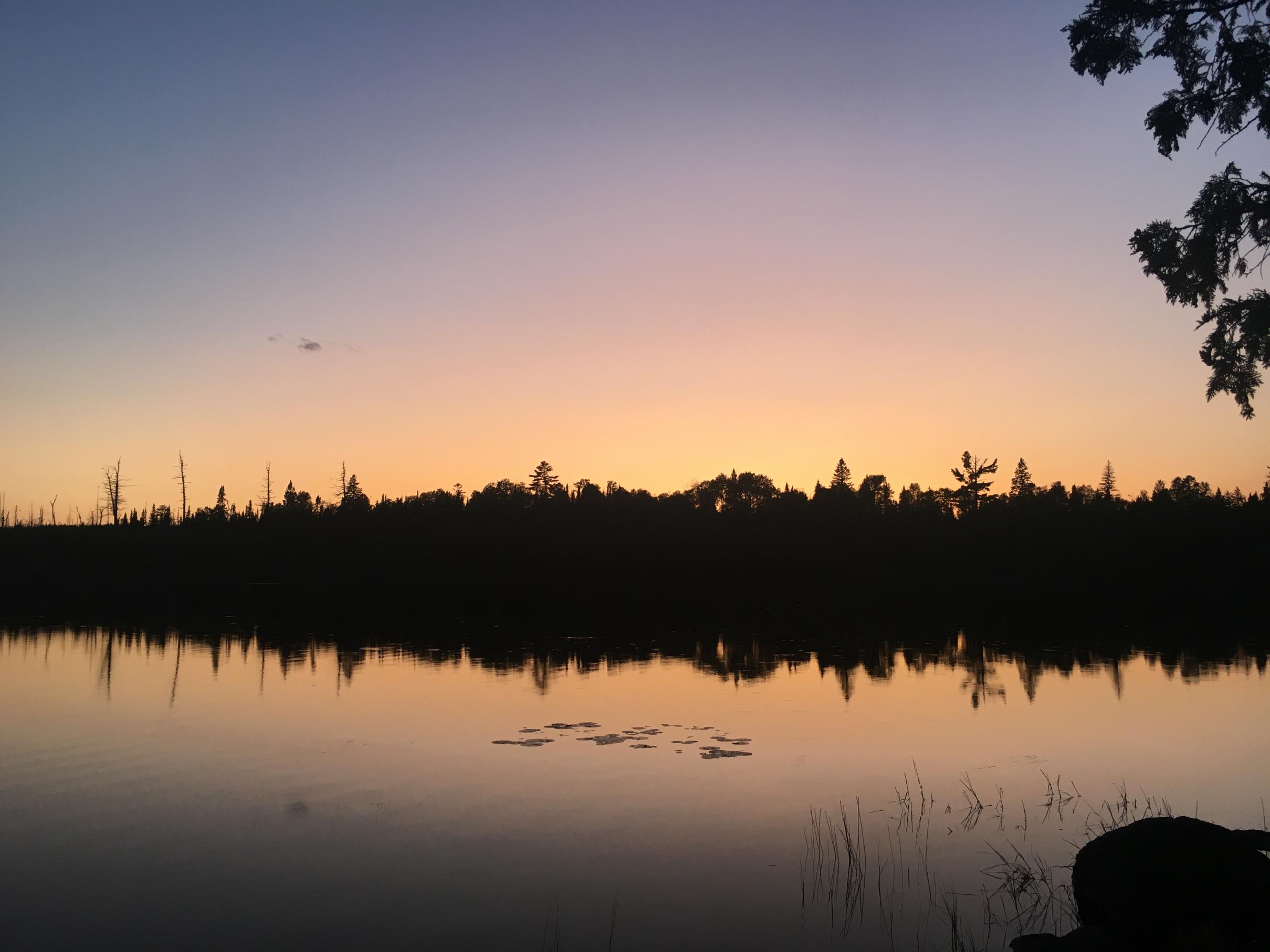