Trip Type: Paddling Canoe
Entry Date: 07/31/2016
Entry & Exit Point: Little Isabella River (EP 75)
Number of Days: 5
Group Size: 2
Trip Introduction:
Part 2 of honeymoon: Spent 5 days on Quadga Lake. Excellent weather and fishing.
Discuss Trip: View Discussion Thread (3 messages)
Report
I jokingly threw out a BWCA trip as a partial honeymoon option...She suprisingly agreed! We set out on a 5-day trip from EP 75 at about 9 am Sunday morning. Made good time and arrived at Quadga Lake Just after noon. I knew from research beforehand that there were only two campsites that could be used since the Pagami Creek fire. The NorthWestern campsite which linked to the Powwow Trail was occupied by a solo camper when we arrived and throughout the duration of our stay. We snatched up the site on the SouthEast side of the lake and set up camp. Site had some small trees, but nothing that provided any real shade or a good place to hang a food bag. We made do. Firewood was abundant! I had bought my wife a new open-faced reel and rod for the occasion. I demonstrated its operation for her in the shallow bay by our camp. First cast and I got a bite! She was livid that I got it on her rod! I offered to let her reel it in, but she didn't want my charity fish...It was an 18 inch Lm Bass. We made a day trip East to Rice Lake which we both agreed was cool, but not worth the effort it took to get there. The portage trails were overgrown and diverted by trees. For the remainder of our stay, we toured the lake and fished which is what I like doing best in the BWCA. Caught quite a few small to medium sized Northern in the bay by the portage (largest was 28 inches) and another 18 inch Lm Bass trolling a diving shad along the drop-off between the portage and our camp. My wife had a Northern chase her spoon right up to the canoe and turn away at the last second. I quickly dropped my spoon in and let it sink. He snagged it immediately! Another moment where she was mad at me for stealing her fish. Had one night of hard rains that lasted for a couple hours, but we were forewarned that evening by the wind change and clouds in the distance. Bugs were kept to a minimum during the day due to openness of the landscape, but at about 9 pm every night we could literally hear the mosquitoes coming. We would just clean up camp and get in the tent before their arrival. Many card games were played before bed. The last full day of our trip was cloudless and hot. Due to the lack of shade on our site, it was tough to find some reprieve. Overall, great trip! 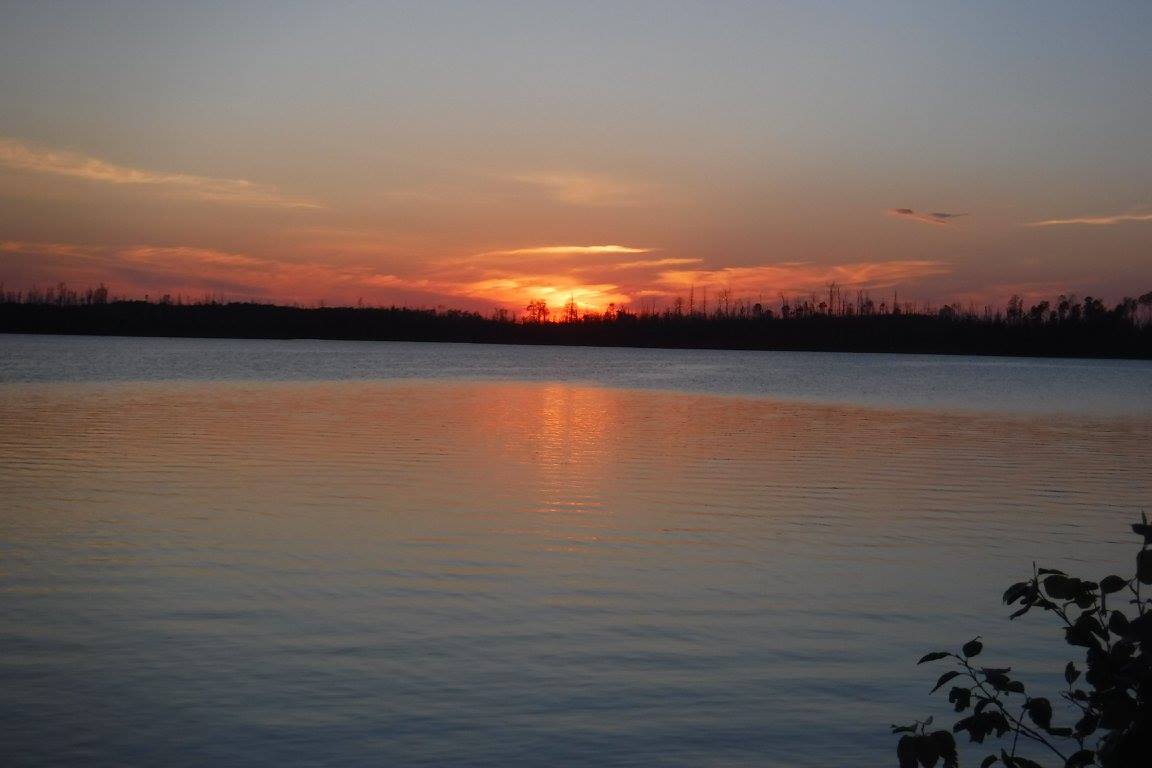 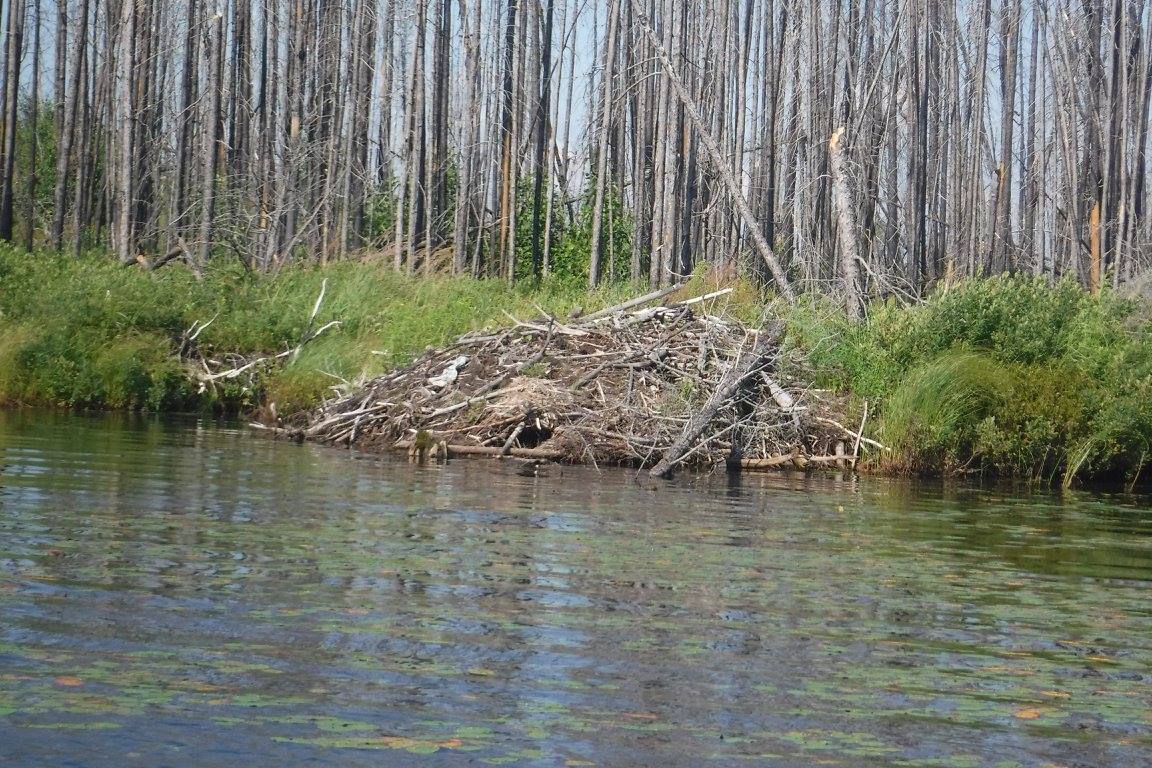 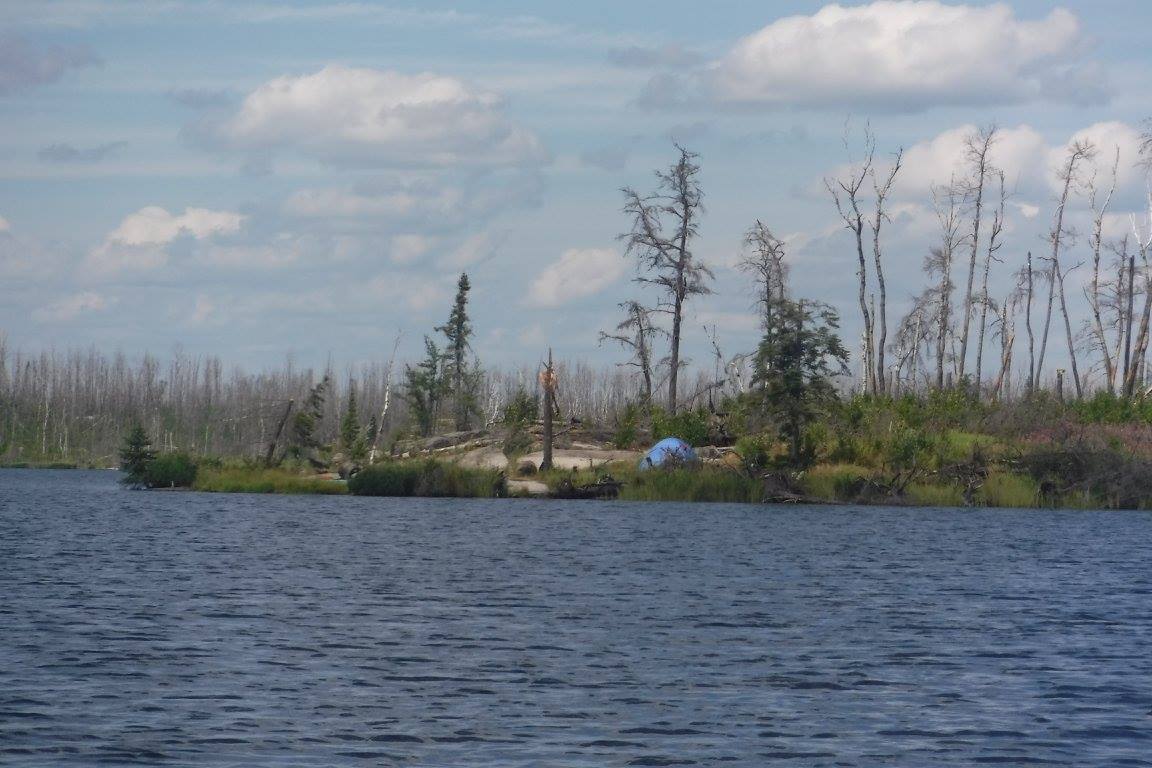 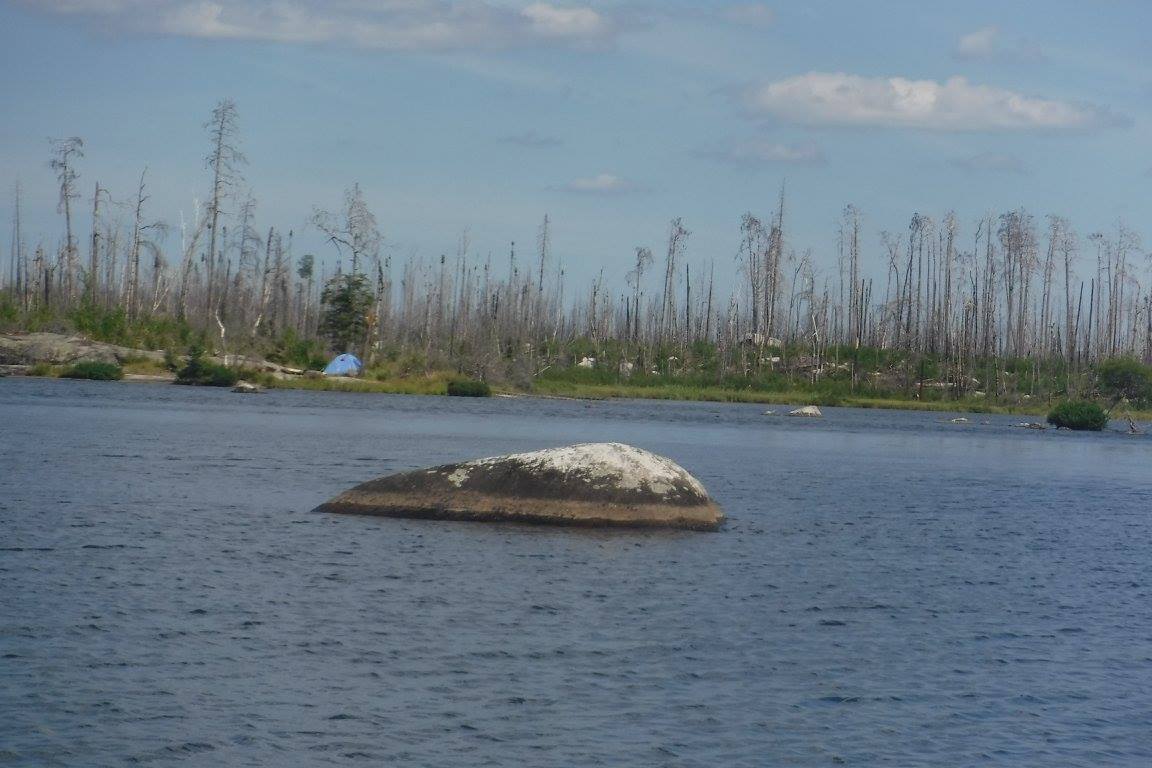 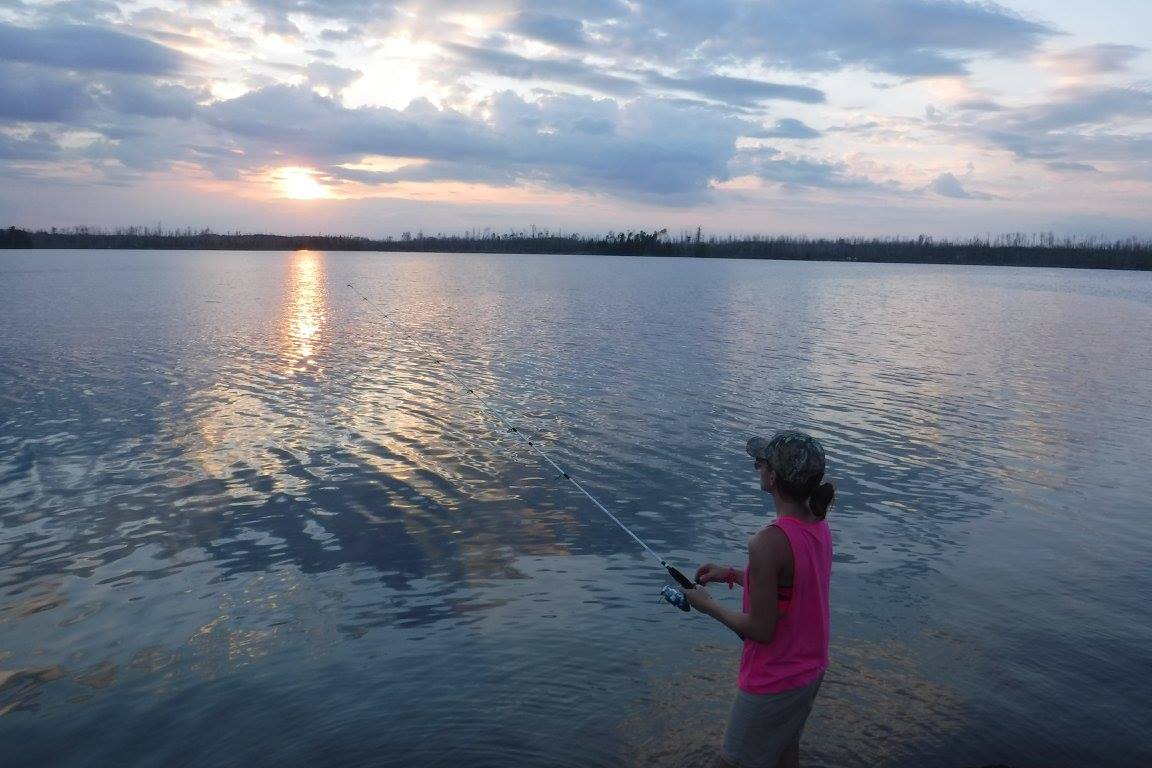 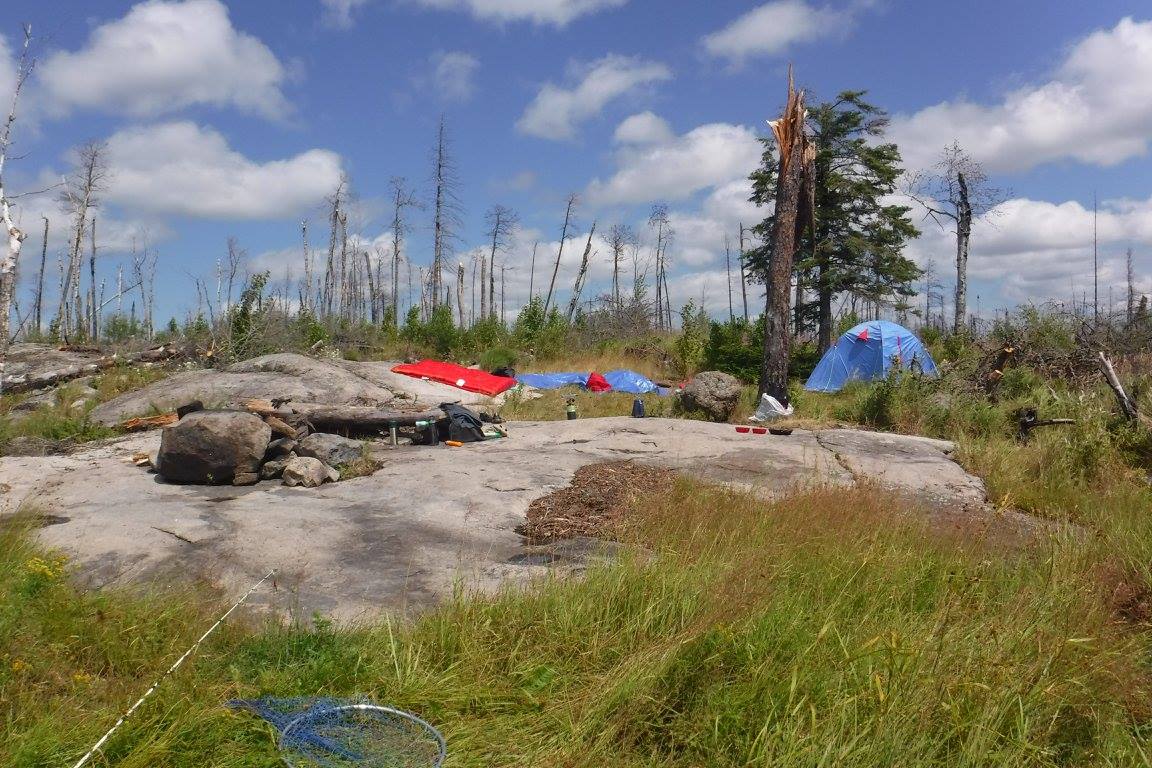 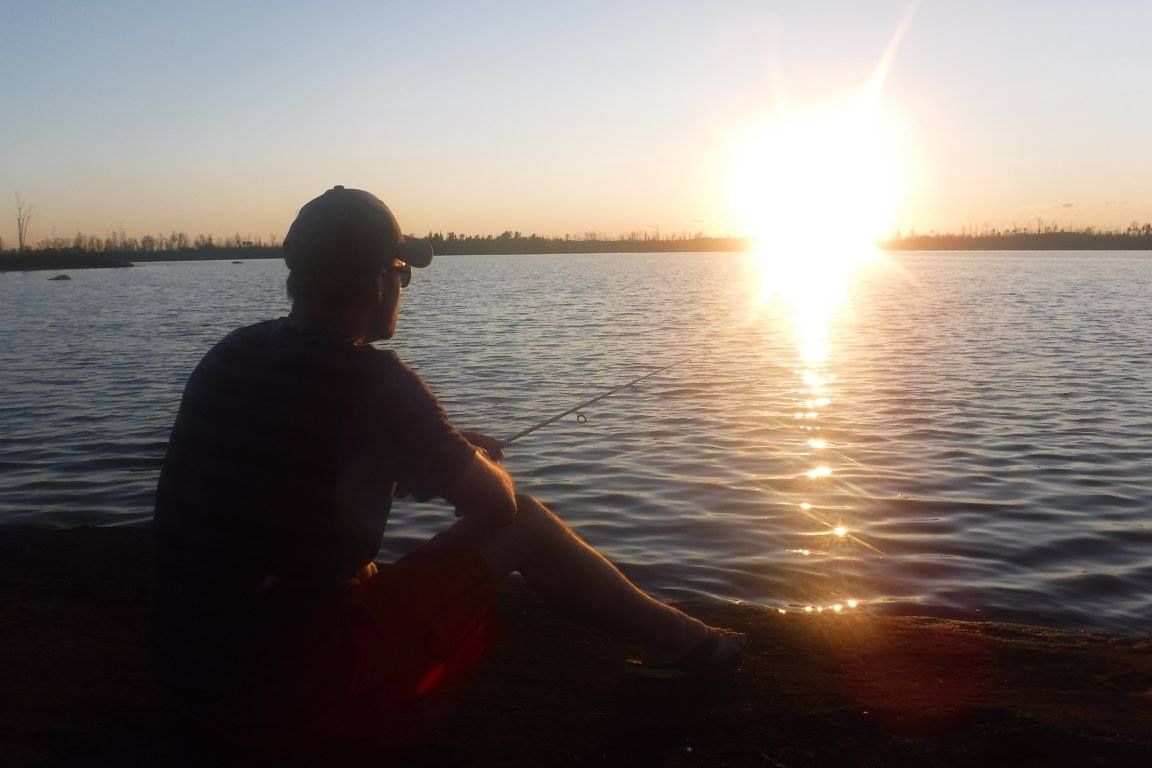 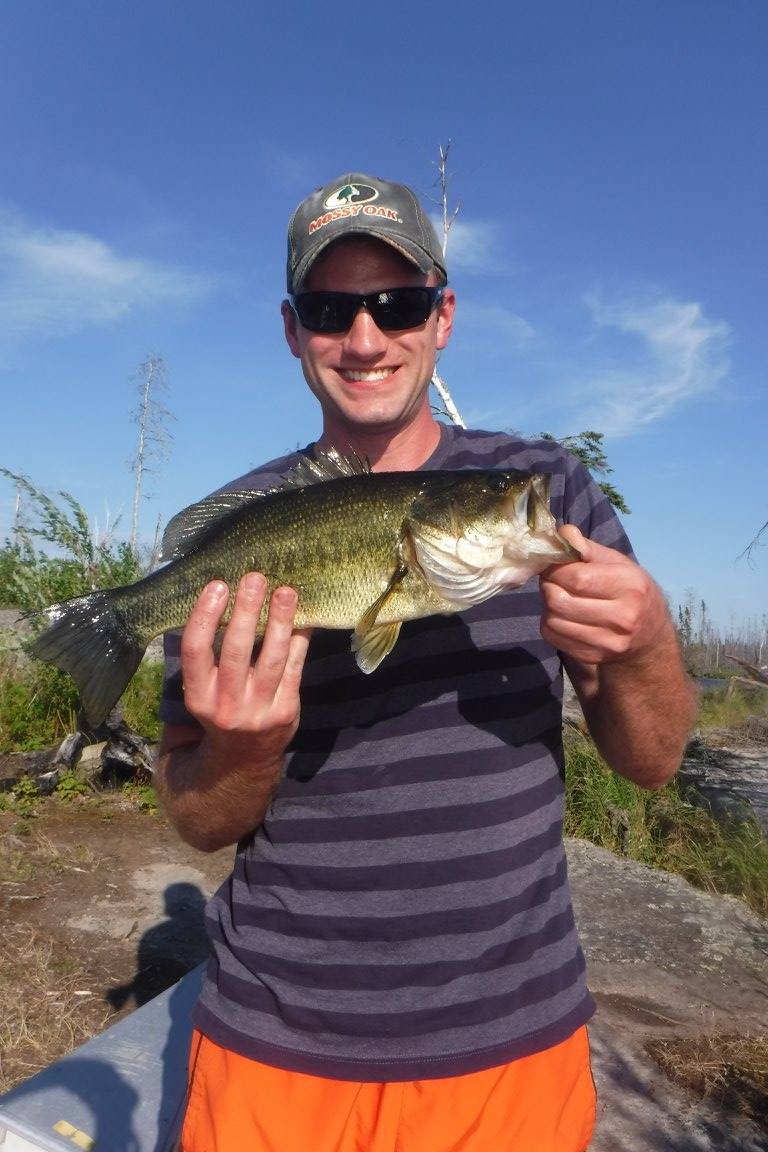 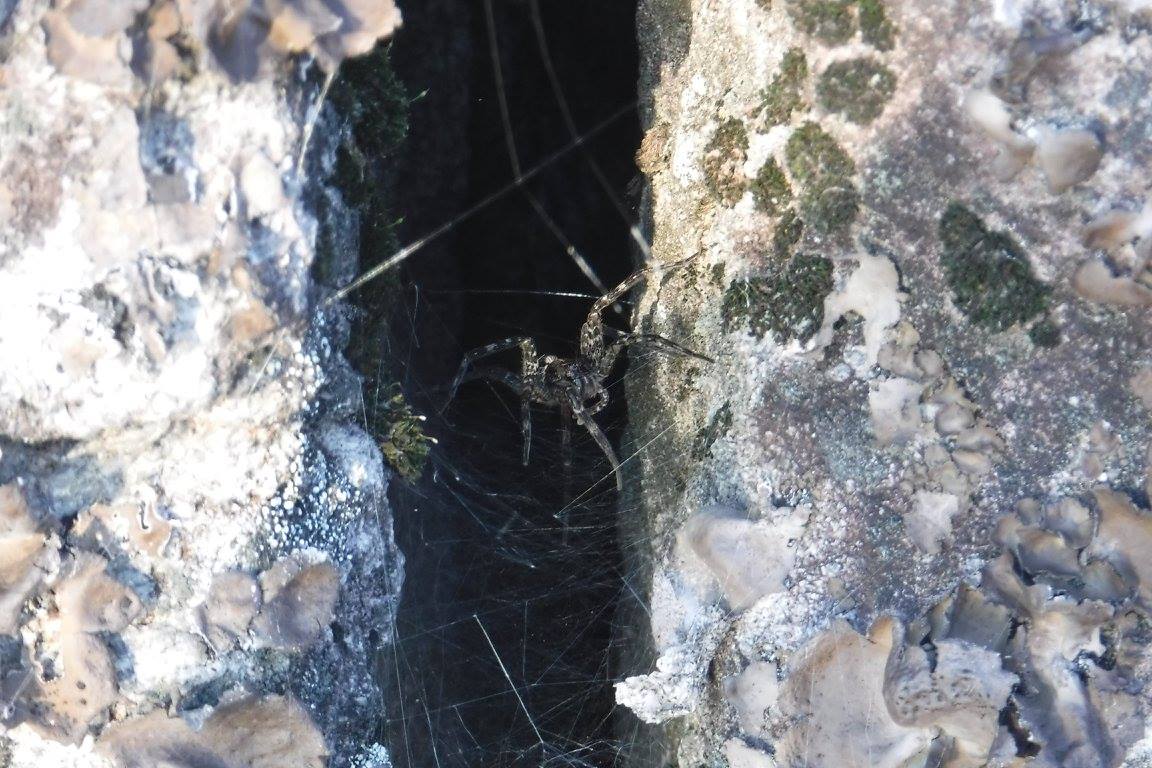 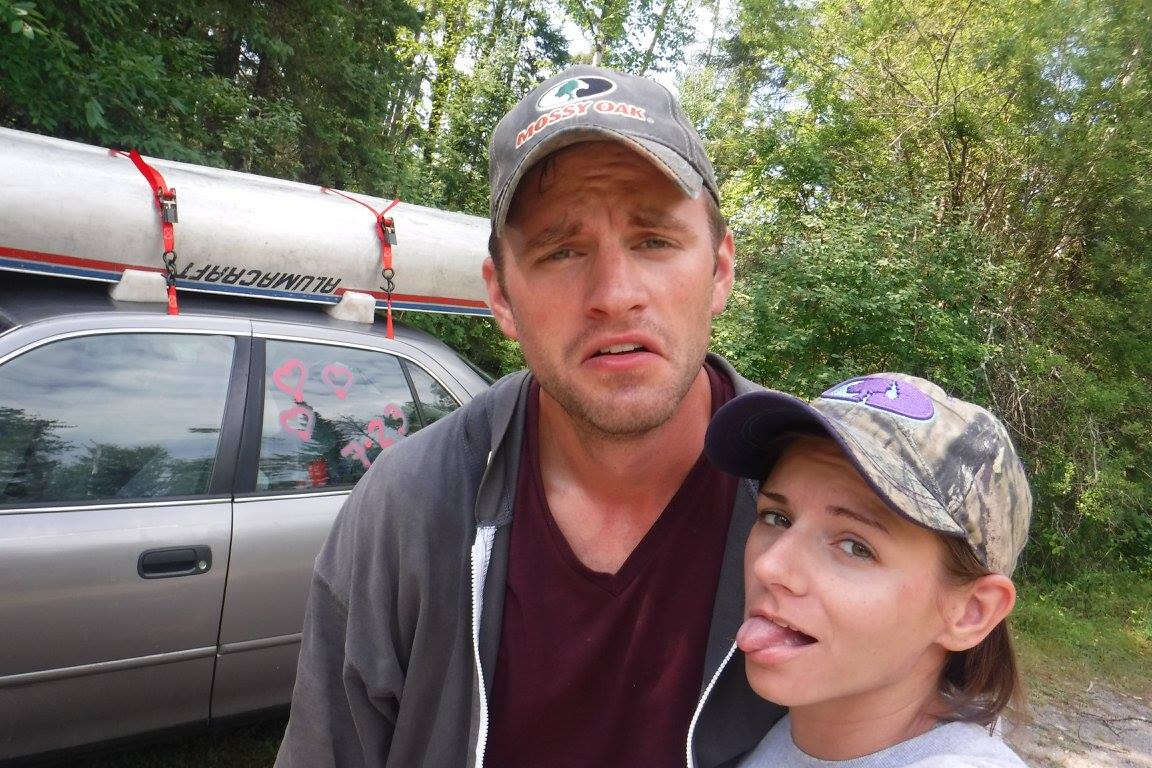