Trip Type: Paddling Canoe
Entry Date: 05/18/2020
Entry Point: Snowbank Lake (EP 27)
Exit Point: Snowbank Lake (EP 27)
Number of Days: 5
Group Size: 2
Trip Introduction:
This is a hybrid Hike and Canoe trip that became a reality last fall when we purchased a used canoe from Tuscarora Lodge on Round Lake. My wife Sara and I have always wanted to hike the Kek and picking up the canoe by hiking there would eliminate many of the logistics for making this hike happen. So, we decided to hike the Kek and canoe back. Originally we had planned 6 days for this adventure, but Covid 19 made us shorten it to 5 days. This site wouldn't let me select the proper entry point so I should mention we started this trip from EP 74- Kekekabic Trail West which is located about 2 miles west of the Snowbank Lake boat launch. My wife wore a 60L hiking pack and I carried a 60L food barrel with a GG harness, and we each carried a paddle as a walking stick. I mailed PFD's, fishing gear and some food to Tuscarora Lodge ahead of time and they would have it waiting for us in a bunkhouse we reserved for the night between hiking and canoeing. The adventure began bright and early Monday morning, May 18th...
Discuss Trip: View Discussion Thread (6 messages)
Day 1 of 5
Monday, May 18, 2020 After spending the night at our cabin in Ely, we woke early to eat breakfast and get started down the trail. We arrived at the Kek trail parking lot and were the only car there. The hike started at 5:42 am and spirits were high. We had previously day hiked in the fall of 2019 and made it about 4 miles in so we knew what we were getting into. After only about a half hour on the trail we were passed by two female hikers and a dog who were haulin a$$! They didn't appear to have much gear on them and I'm not sure if they were daytripping or spending the night somewhere.  We ran into them later down the trail as they took a wrong turn and did the Becoosin-Benezie loop and we passed them in the process. Lunch was around 11:30 on Moiyaka Lake which is rated the quitest campsite in the USA by backpacker magazine due to its remoteness and lack of overhead air traffic. Tiny site, but pretty and it made me wish I brought a fishing rod because something was jumping on the lake. After lunch we continued on and made it to the Thomas Lake rapids crossing. We stopped here for a snack and some photos before continuing on into a tunnel of tree growth and the straightest portion of the Kek.  It is in this stretch that we started to get a little tired, and a little ornery. No lakes, no vistas and a world of ticks. On the bright side, moose activity really picked up through here. After 18 miles we had dinner at the Strup Lake campsite. It was a tasty Backpacker's Pantry dinner and then the hike had to continue as we wanted to make it past halfway and the next site was at Harness Lake, 23.7 miles from the western trailhead. At this point our feet hurt, our shoulders were sore, but we powered through and set up camp at 7:30 on Harness Lake. We had hiked almost 24 miles since 5:45 am and we fell into our sleeping bags for a chilly night's sleep. 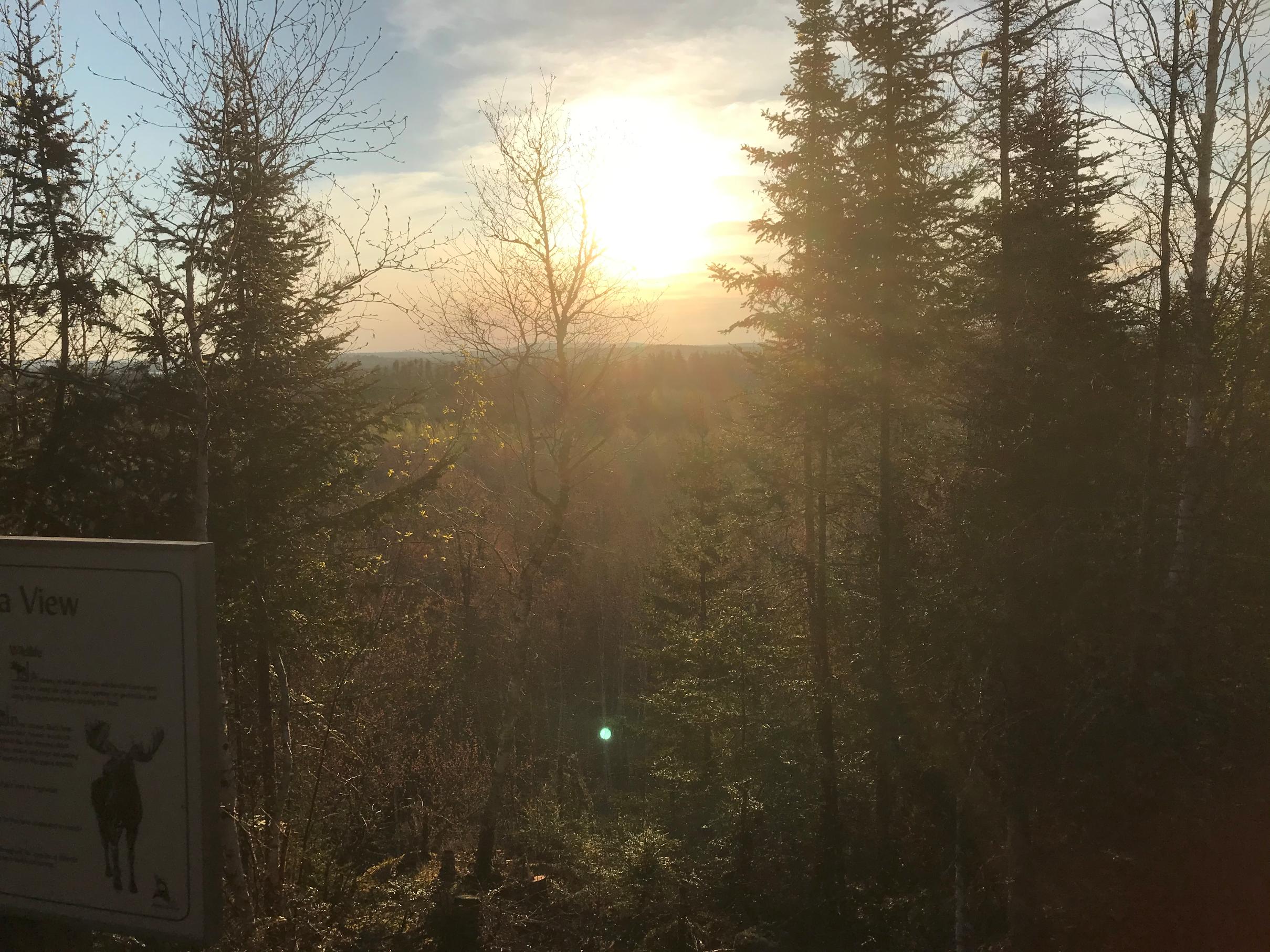 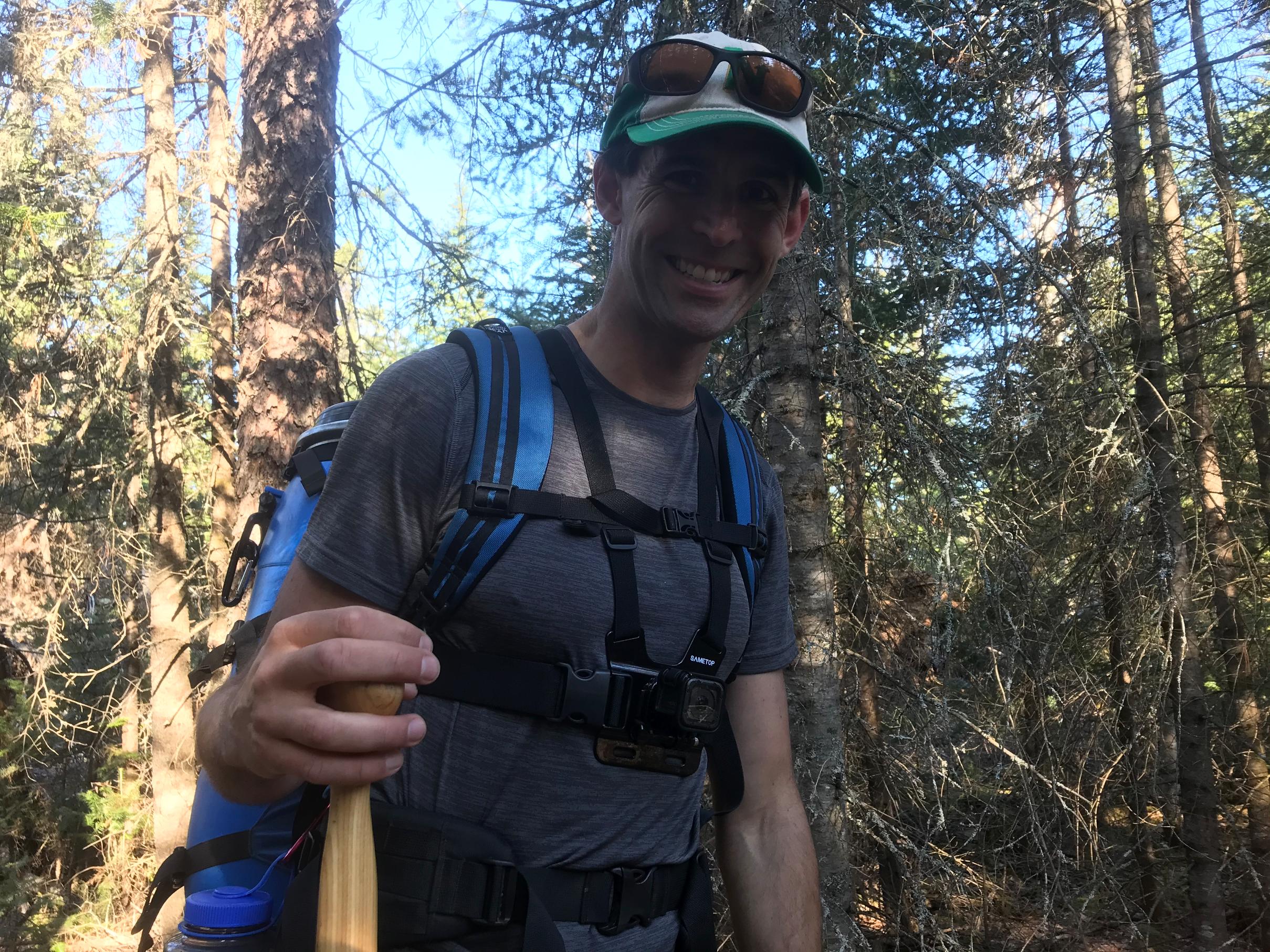 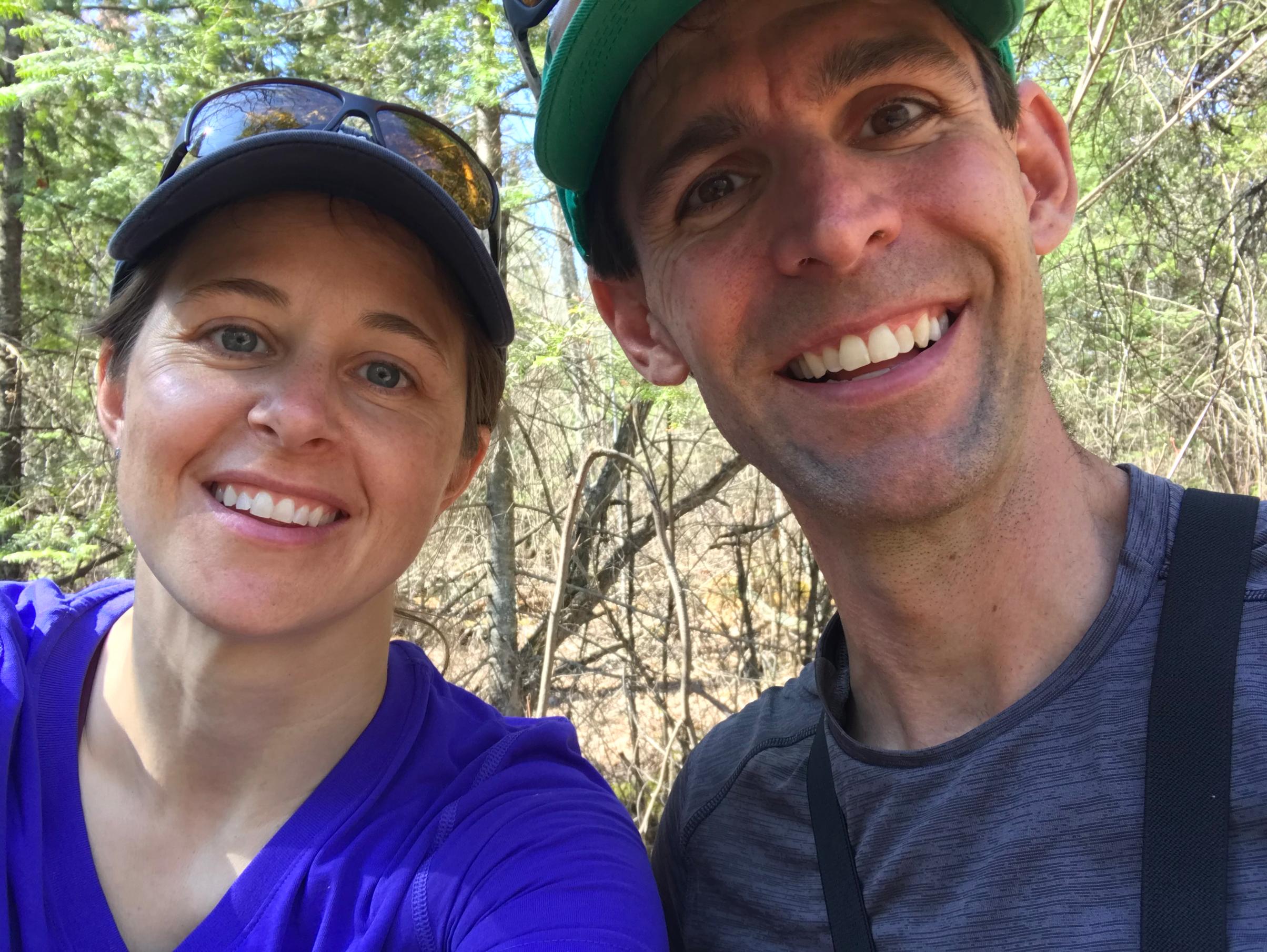