Trip Type: Paddling Canoe
Entry Date: 05/24/2020
Entry & Exit Point: Mudro Lake (EP 23)
Number of Days: 5
Group Size: 2
Trip Introduction:
I took my first trip to the Boundary Waters in September of 2019. My uncle has been going to the BWCA for 36 years and finally managed to convince my dad to join him. After my first trip, I knew I had to experience all that the Boundary Waters had to offer. My first trip was very easy, tow boat on basswood lake and a quick paddle to our base camp. For my first "real" trip, I decided I wanted the full experience, I wanted an easy loop where I could explore and see more of what was out there. I hope you all enjoy reading my trip report, I learned a lot on my first trip and I'm excited to continue exploring.
Discuss Trip: View Discussion Thread (12 messages)
Day 1 of 5
Sunday, May 24, 2020

I had my alarm set for 5:30am but barely slept at all. The excitement and anxiety of taking what to me is my first real trip kept me tossing and turning, waiting for that first bit of sun light to creep through my hotel room window. Once my alarm finally went off I enjoyed my last warm shower for the week and woke up my buddy. We loaded the rental car up and headed over to Ely Outdoors Company to meet Ryan and get our Food pack and canoe. After getting things loaded we picked up our breakfast at Brittons and made our way toward Mudro Entry Point.   We arrived at the entry point at about 8:45am - which was later than what I had planned on and a theme for the rest of the trip (I had initially planned to be pulling away at 8:30am). Once we got the canoe all loaded up we were finally on our way toward the first portage in to Fourtown Lake. The first portage went fairly smooth for being our first time, we double portaged and at the end of the 141 rod portage we saw another group swimming after their canoe. I guess they had forgotten to tie it off while they went over the map. After a bit of comic relief, Drew and I re-loaded the canoe and headed toward the final portage in to Fourtown.   The weather was perfect, Fourtown was glass and the sky looked like a Bob Ross painting. Drew and I were still running off adrenaline and made the paddle toward Boot Lake in what felt like record time. Taking in the sites as we paddle, I realized again while my uncle loves this place. From boot we made our way over to Fairy where the site I was originally planning on staying was already taken. We made our way to the site closest to the portage and set up camp for the night. After 5 portages these rookies had made it to camp by 3:30pm. We both took a dip in Fairy Lake to cool off before grabbing the Ribeye's out of our food pack.   Drew got the fire going while I prepped ribeyes, vegetables and potatoes. It was at this point I realized our stove was missing the hook-up to connect the gas! Fire cooking all week it is! We cooked our dinner and sat on the point to eat. That might of been the best steak I've ever had. We sat and watched the sun set, reminiscing on the day we just had. There was something mystical about Fairy Lake, a sense of calm that set in as the sun set over the trees. Drew and I high fived over our success and headed off to bed. 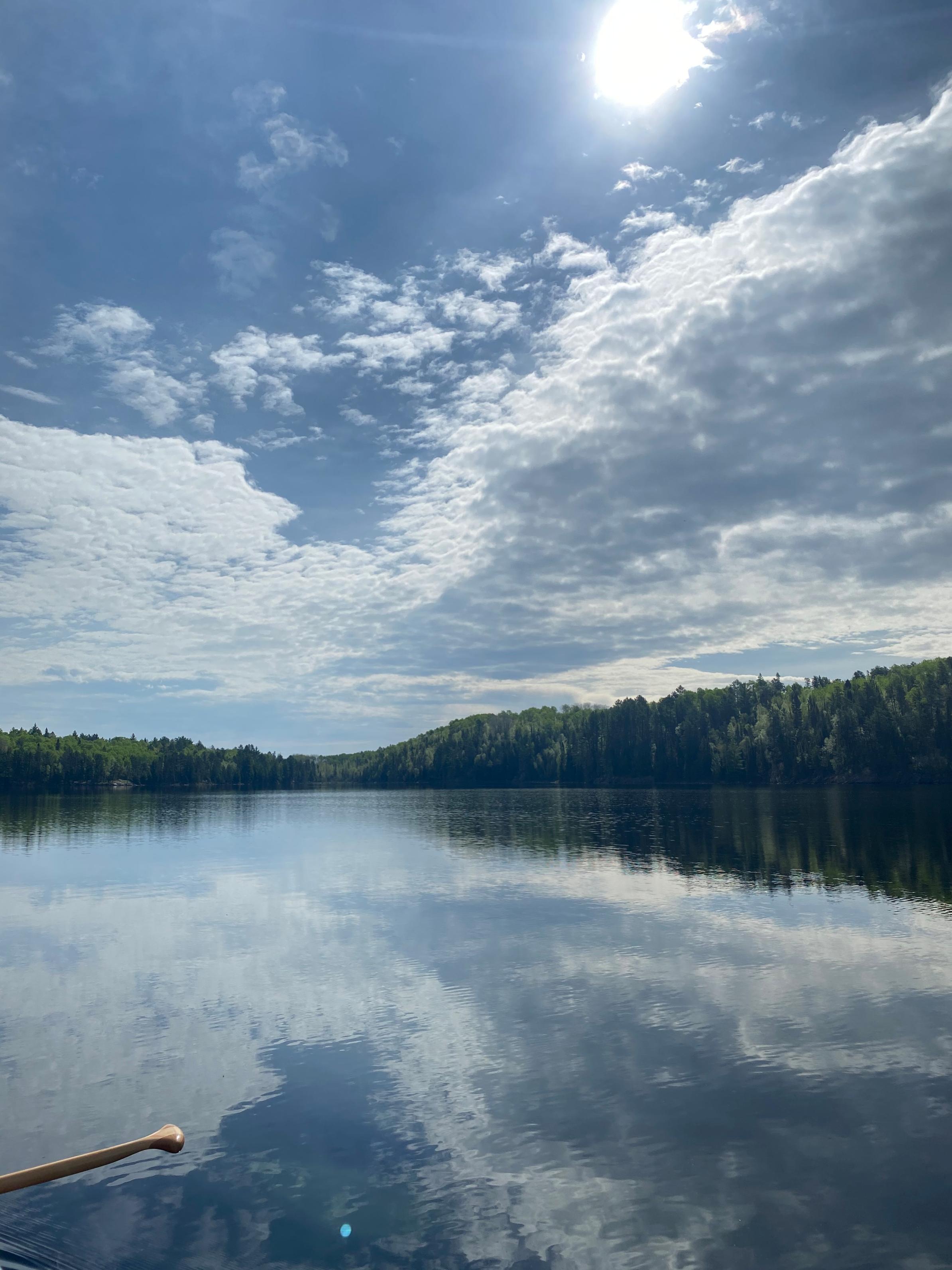 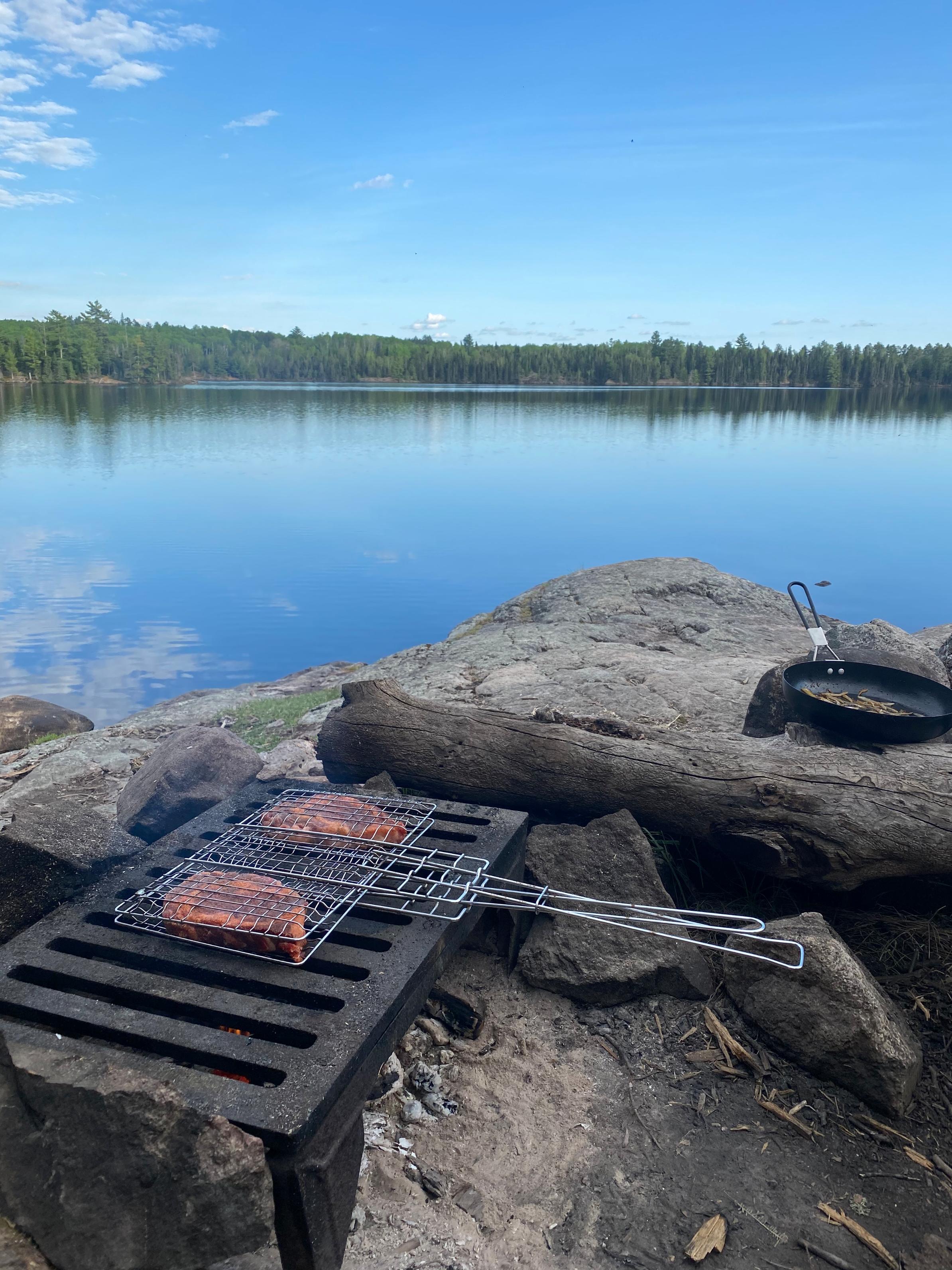