Trip Type: Paddling Kayak
Entry Date: 06/17/2020
Entry & Exit Point: Kawishiwi Lake (EP 37)
Number of Days: 3
Group Size: 1
Discuss Trip: View Discussion Thread (5 messages)
Day 2 of 3
Thursday, June 18, 2020 I was awakened at 4:00 am by the sound of what I describe as miniature ponies running around my tent. I yelled out because I was awoken so abruptly. They made several more passes and I could just catch a glimpse of what appeared to be a small rodent...I later found out that it was a pair of red squirrels. How such a small animal can make so much noise is astounding. I did some early morning fishing, but again did not catch anything. After breakfast, I did some fishing from shore and pulled in a small northern and a large blue gill. Decided to check out the rest of the lake and do some fishing at the bottom of the falls. This proved successful and I pulled in 5 small mouth bass in the 12-16 inch range. Since I brought plenty of food with me, I chose not to keep anything I caught. On my way to the falls I passed a pair of swans, and back at camp for lunch, I had a Ruffed Grouse stroll through. That afternoon I Checked out the other two campsite locations that were in the same bay in which I was staying. The middle site on the point of the peninsula is closed as already indicated on the bwca.com entry point map, but not on my Mackenzie map. The site just west of the closed one was very small and had a large boulder right in the camp. The landing was not great for this location either. Of course, nothing else seems great compared to my own beach front landing. Ate dinner and then did a preliminary tear down of nonessential gear to speed up my pack out in the morning. For the remainder of the evening I fished from shore and caught 4 large blue gills. The largest was 10.5 inches. 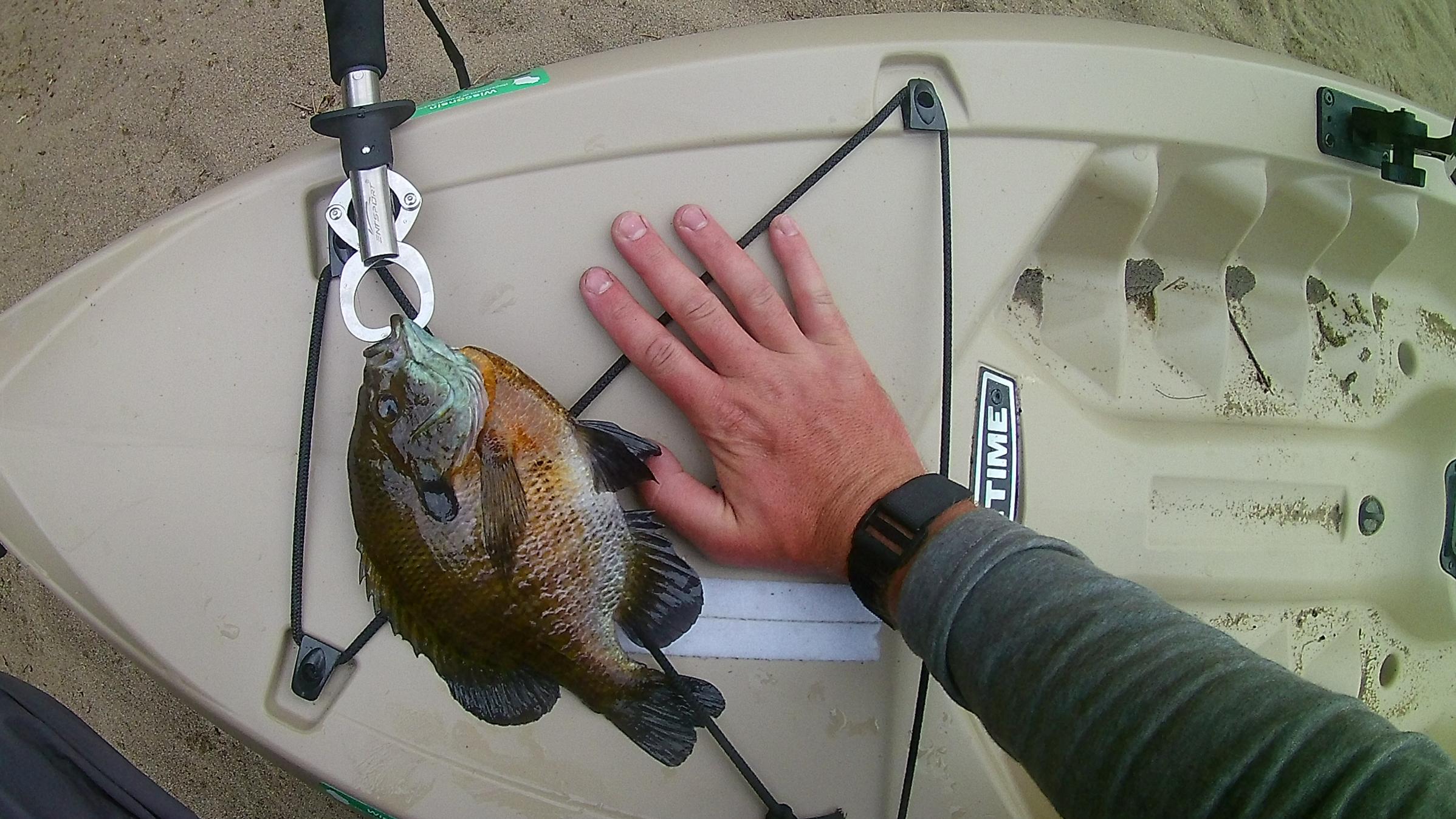 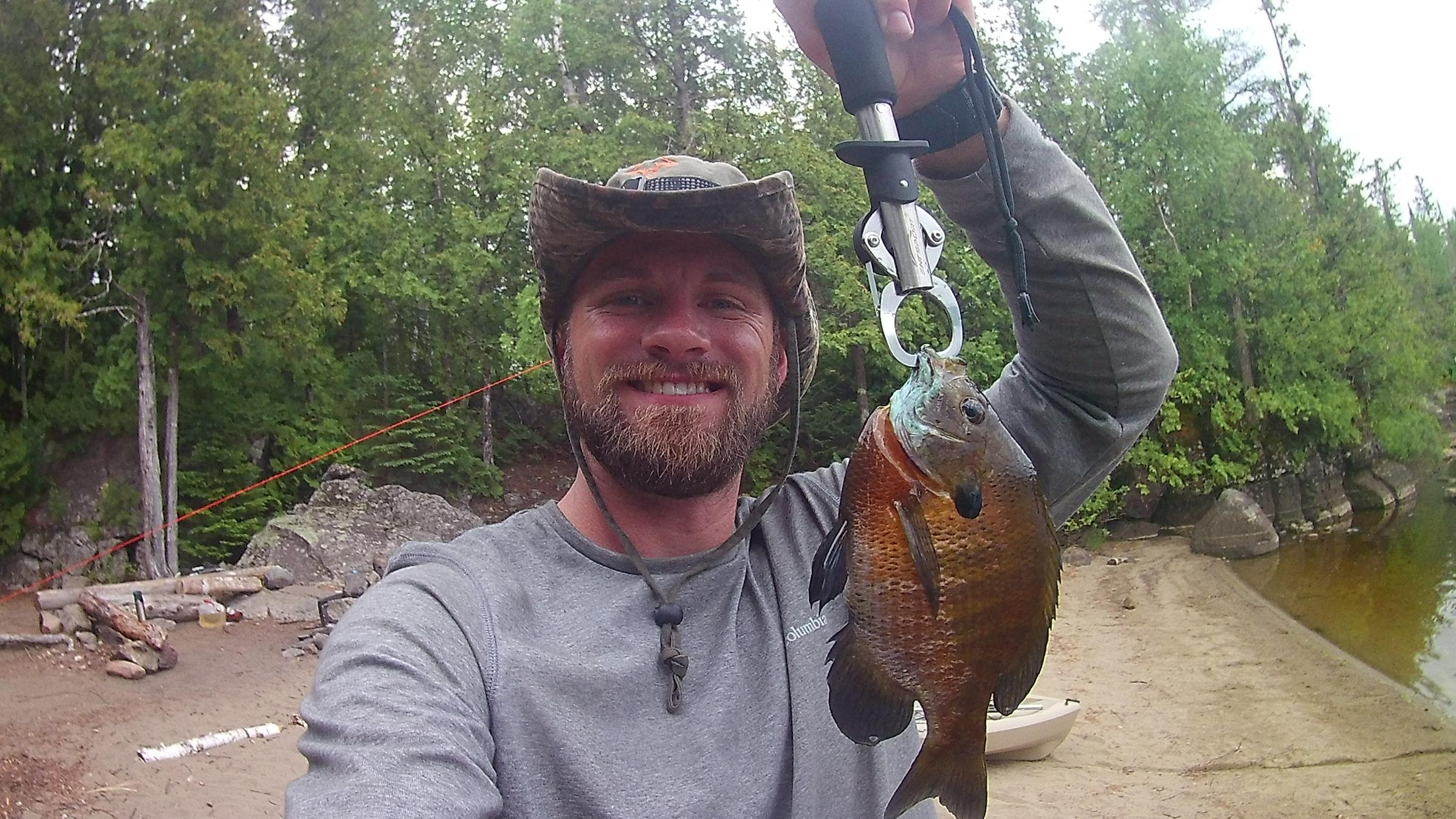