We got up early grabbed some Pop-Tarts and also some bait at the local bait shop and head towards Hog Creek.

After an excessively long journey on gravel we finally arrived at EP36. We were encourage by the lack of vehicles in the parking lot with made us hopeful of our choice of camp spots on Perent Lake.

We unloaded the gear and brought it down to the entry point to begin our journey. 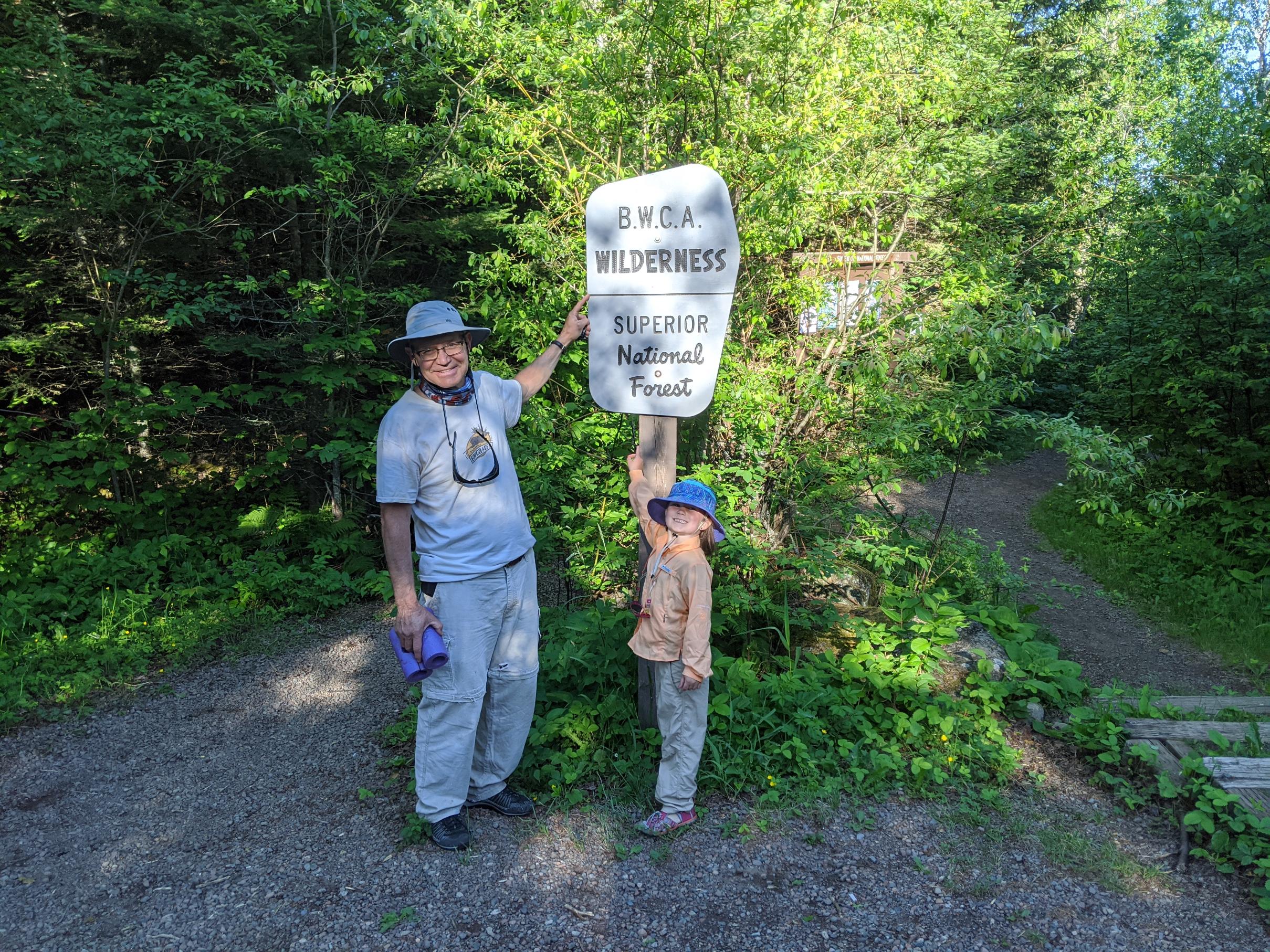 Canoeing Hog Creek was a unique experience. It was exactly as other members had described. A very winding, meandering, narrow creek with many beaver dams trying to slow our progress. Although beautiful, I agreed with other members about how I was ready to be exiting the creek sooner than it took to get out. I would say that it took us between one and two hours to exit the creek going with the current. Mackenzie enjoyed trying to paddle with her mini paddle and taking in the scenery. Weather was beautiful 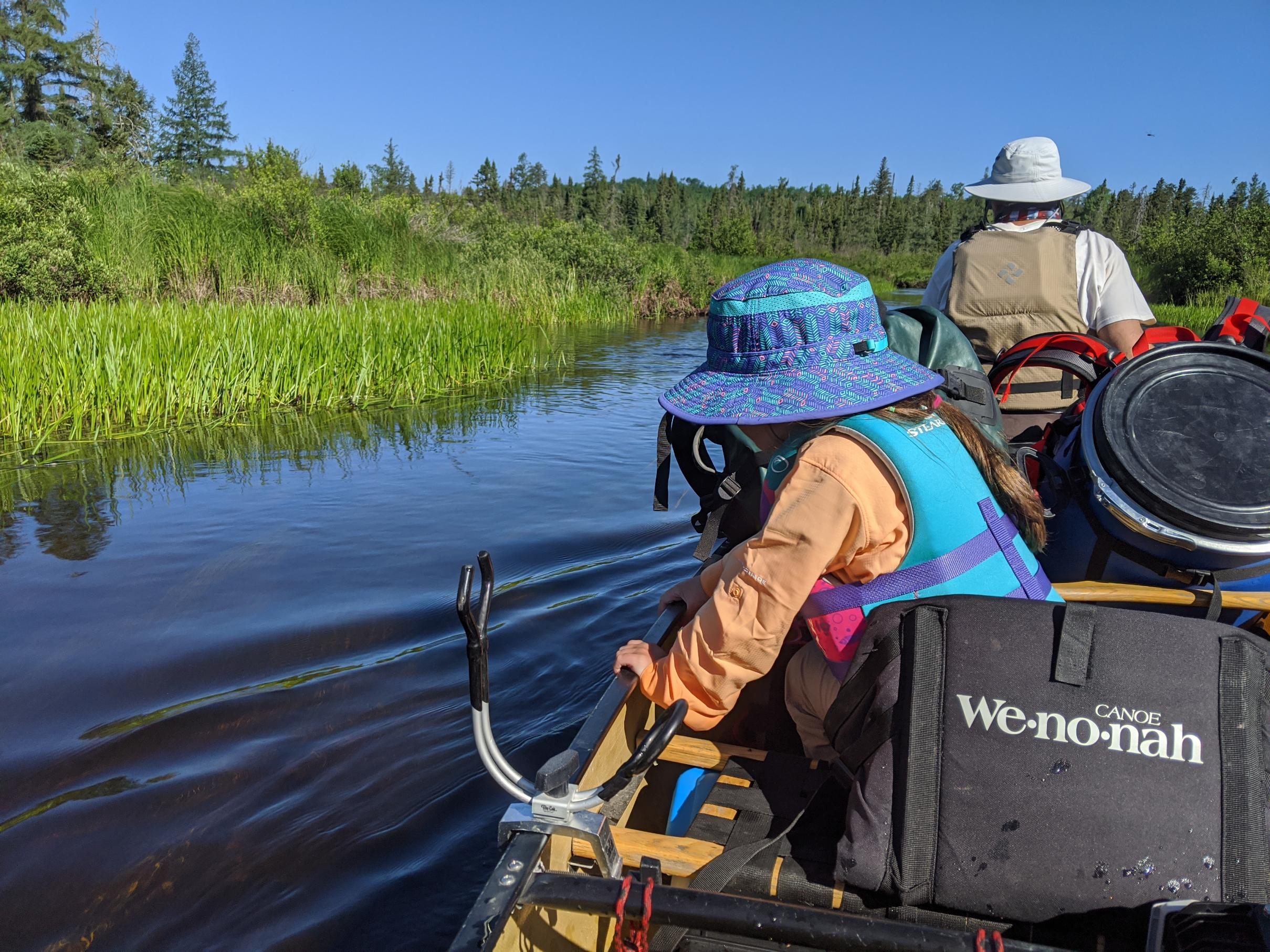 We arrived at Perent Lake mid-morning with a pretty good idea of the campsites we already wanted. We started heading towards the island sites towards the northeast side of the lake. To our surprise none of the camp spots on the east side of the lake were taken! This was going to be a great trip with relatively little presence of other humans! We continued up towards the island as the wind picked up a little but nothing that we felt put us in danger. We went past our first spot we wanted and discovered there was a t-shirt and shoes on the rock on the point. Must be taken......later we discovered that it didn't appear as though anyone was at the spot. They must have left some of their belongings at the camp spot? We meant to pick them up on the way out but forgot upon our exit.

We made it to the second most north east island and chose the camp spot on the corner facing the larger part of the lake. It had a great breeze and great view of the lake not to mention it had really good tent pads. Mackenzie was ready to get out of the canoe at this point and explore. So we got the gear out and started to make camp. 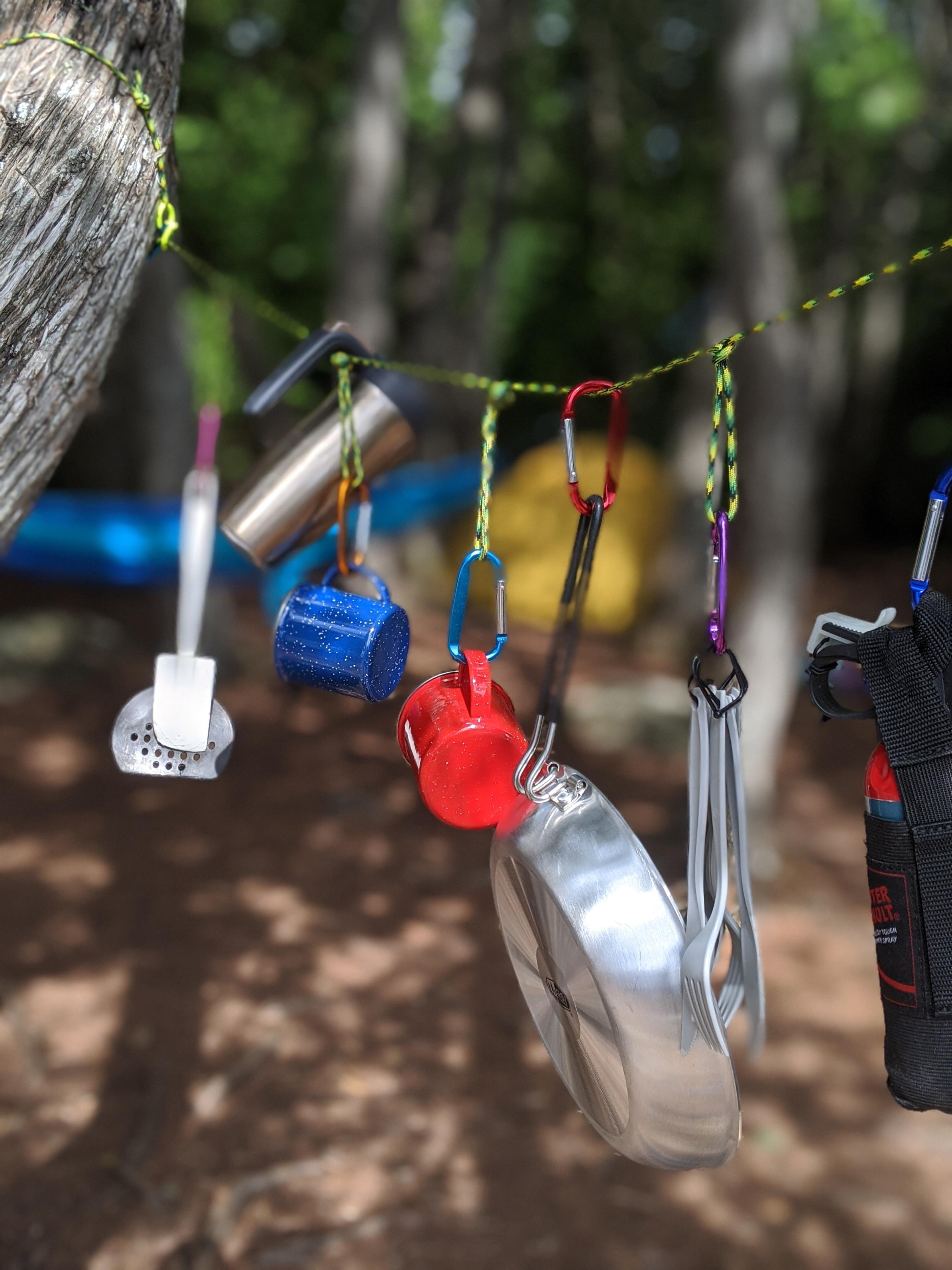 We soon discovered as we set up that there we had entered during the fishermans worst nightmare! a Mayfly hatch! We began to see many mayflys beginning their hatching stage as well as dragonflys transitioning to their adult form. A beautiful sight to see but not the greatest omen for fishing. 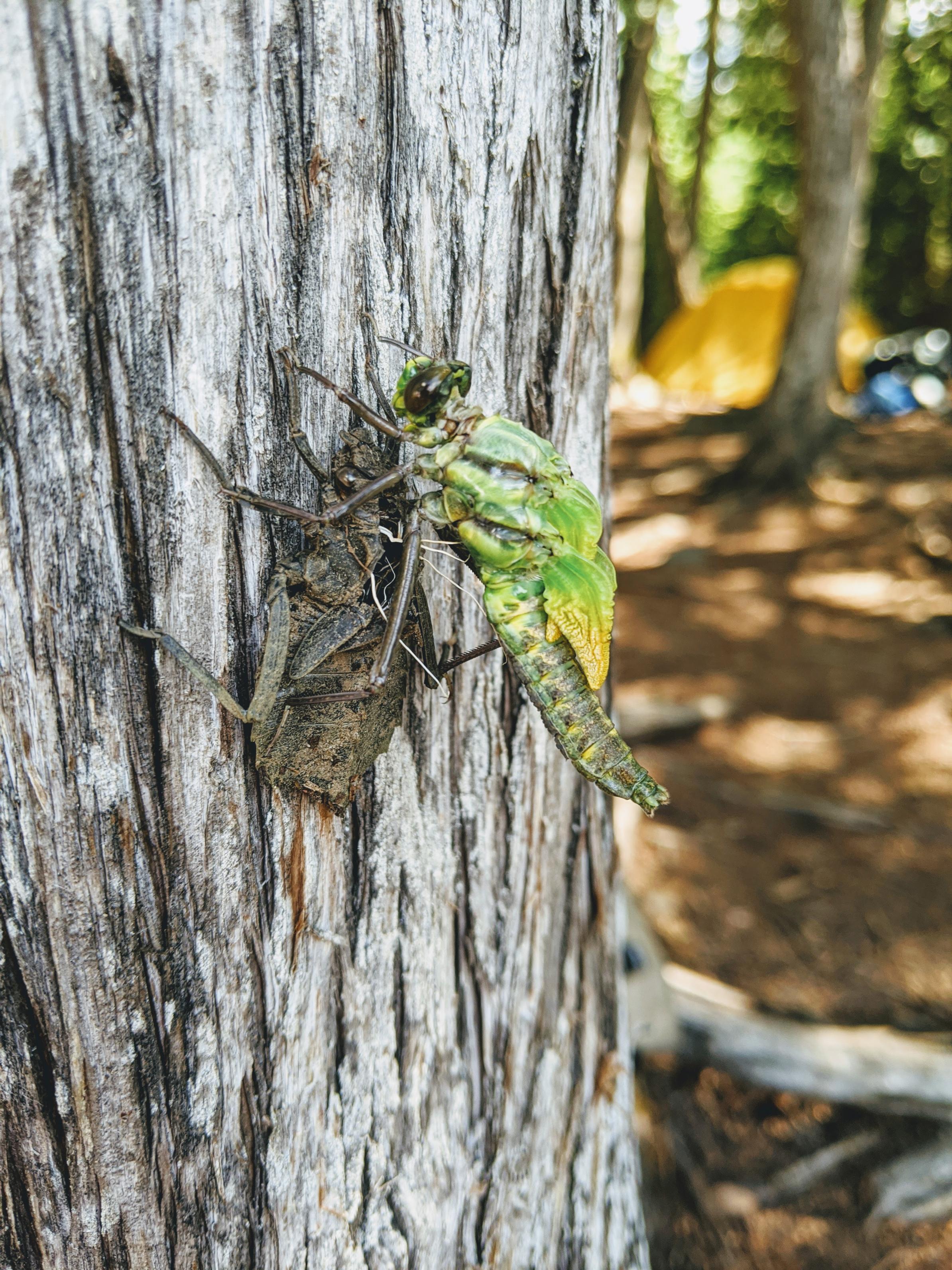 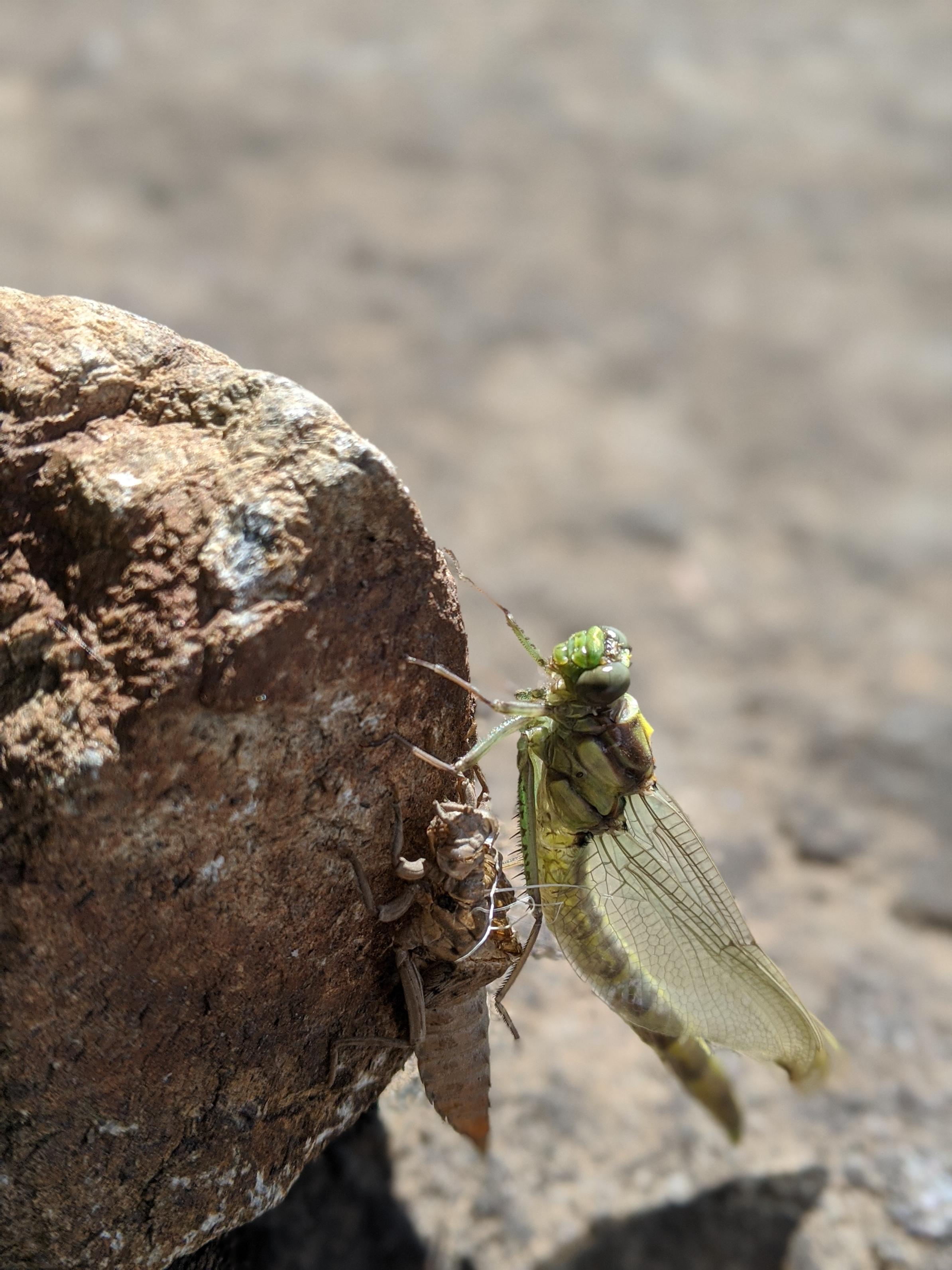 While setting up the camp we threw out some slip bobbers and worms/leeches and began to catch some perch with a couple eaters, good sign!

Kenz decided we could take a break from her exploration and do some fishing after lunch. We set out to see how long she could last in a canoe fishing. Right off the bat on the backside of the island, Kenz hits our first walleye on a perch colored Rapala. Nothing like having the newest guest catch the first fish. Boom, right after that I catch a pike! Maybe the Mayfly's will be a non-issue? We continue around our camp using Lindy Rigs and leeches and pick up 4 more walleye in the middle of the day on a drop off from 10 to 16 ft. Wow, things are great now! Kenz is having fun and the boat is catching fish!

After an hour or so it's time to go back to camp to make sure we don't burn out Kenz on fishing. 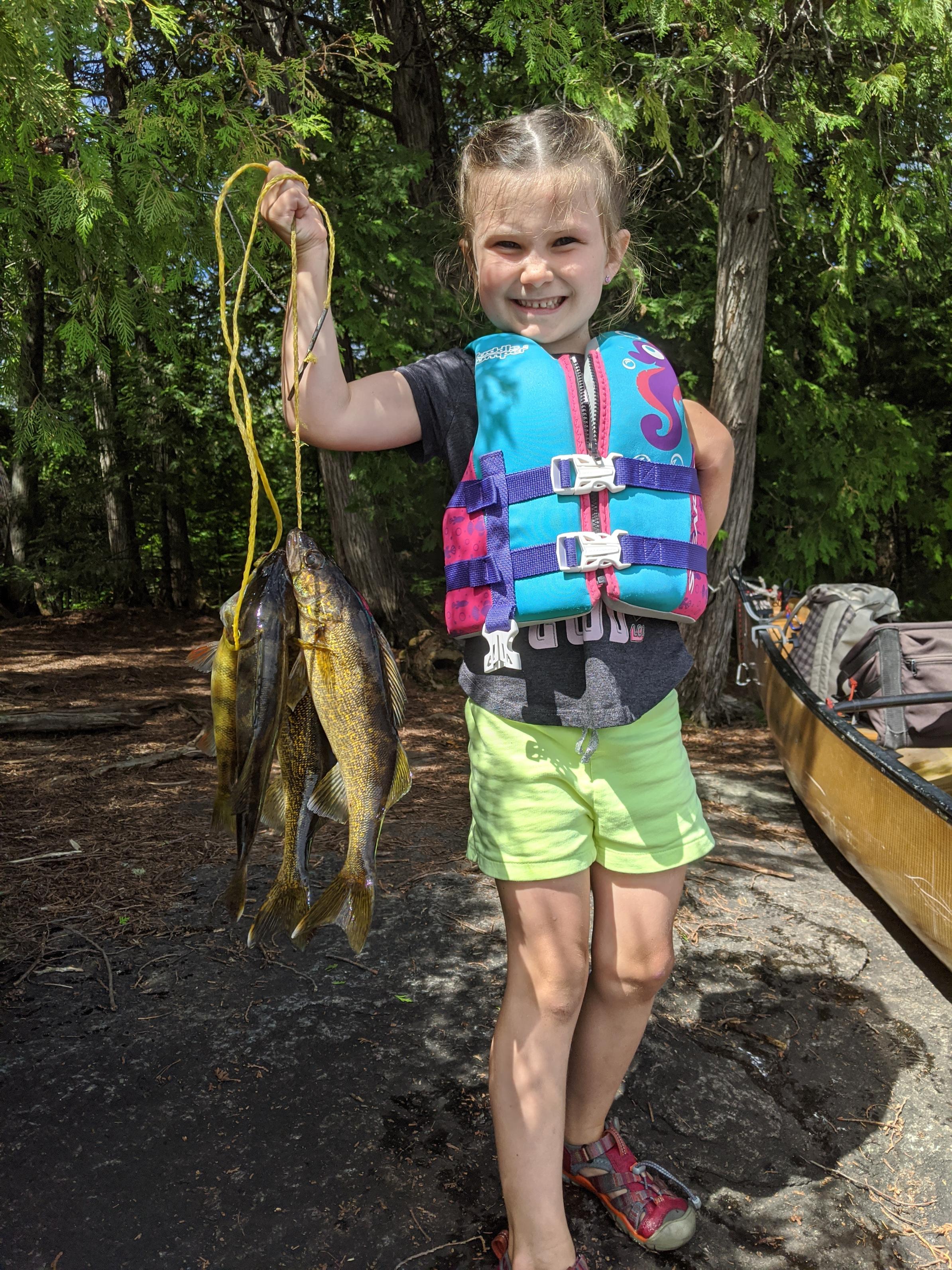 We lounge around a bit while Kenz swims and decide it's time to start our first night tradition of making Ribeyes with our corn fed Iowa beef!

I have to admit we were stuffed after supper! We ate way to much, I began to think I was going to get the meat sweats! 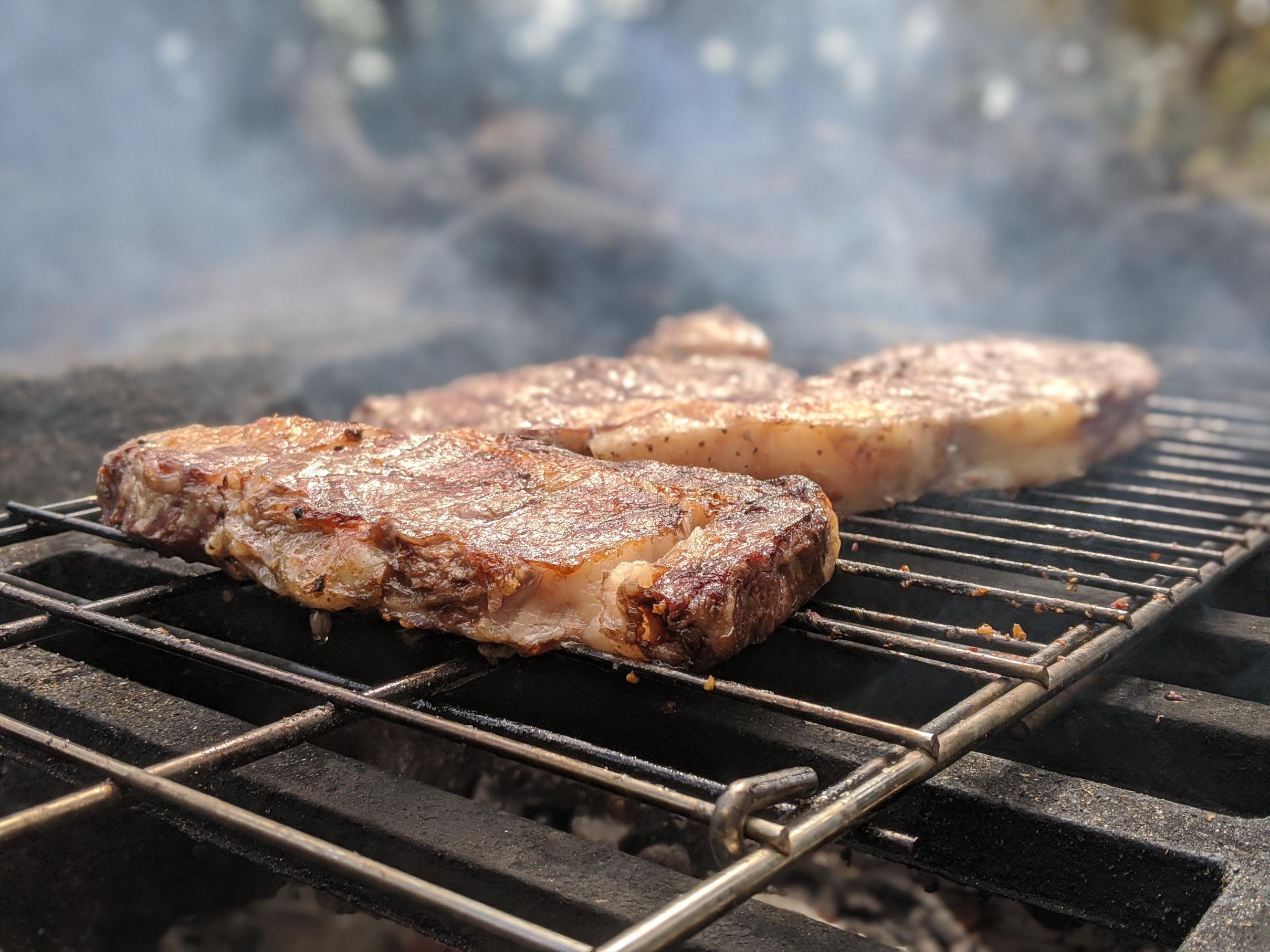 It was a slow evening bite so after the mosquito's began to emerge with their blood lust we jumped into the tents and hit the sack. ~Perent Lake