Trip Type: Paddling Canoe
Entry Date: 07/16/2020
Entry & Exit Point: Homer Lake (EP 40)
Number of Days: 4
Group Size: 4
Trip Introduction:
Discuss Trip: View Discussion Thread (1 messages)
Report
My brother and I took our sons (8 and 14) on their 1st BWCA trip. We entered on Homer Lake and as we finished loading the canoe a shower popped up and got everything wet while we waited for it to pass in the car. We originally had hoped to base camp at a site in Pipe Lake but ended up staying at the campsite at the west end of Homer. The site was okay for our group as we had a 1 large tent for the four of us. The site was fairly rocky and only had 1 tent pad that fit our tent in the open area of the site. Since the site faced east we didn't get much breeze and our tent didn't get into the shade until about 4 pm it was very hot during the day. There were 2 other tent pads that would fit smaller tents that were in the woods. We did enjoy floating in the bay by the campsite in the afternoons to cool off in the heat of the day. The site also came with 2 very friendly chipmunks who weren't afraid to eat off our plates/cups if we set them down! They provided plenty of entertainment as the boys had fun trying to trap them under a bucket. Those little guys were smart and learned quickly how to get the food while avoiding getting trapped under the bucket. We also heard a pack of wolves in the area howling multiple times during the day and night which was a cool experience.

Our main purpose of the trip, besides the wilderness camping experience, was fishing. We fished quite a bit around the islands at the western end of Homer. We had a fair amount of action on smallies using top water lures in the morning and evening. We also portaged into East Pipe lake one night and caught a few fish including a 19" walleye. We caught 4-5 northerns but they were all very tiny. The 2 portages to get to East Pipe were short, but rocky and difficult to navigate. We also tried to get into Vern Lake and Vern River but the channel into Vern was so weed choked, shallow, and full of leeches and eventually we couldn't go any further. To get to Vern you'll have to go through Whack lake.

My son and I went into Pipe Lake to check it out on our last full day and spent a couple hours exploring and fishing the eastern end of the lake. It was a very pretty lake with high elevations along the shore. I would definitely like to go back and stay on this lake and explore it more.

Overall it was a good trip, weather was warm, it mainly rained at night, the bugs weren't too terrible, and we caught some fish. We had 20 mph winds at our back on the trip out, which was great as the wind did most of the work for us. 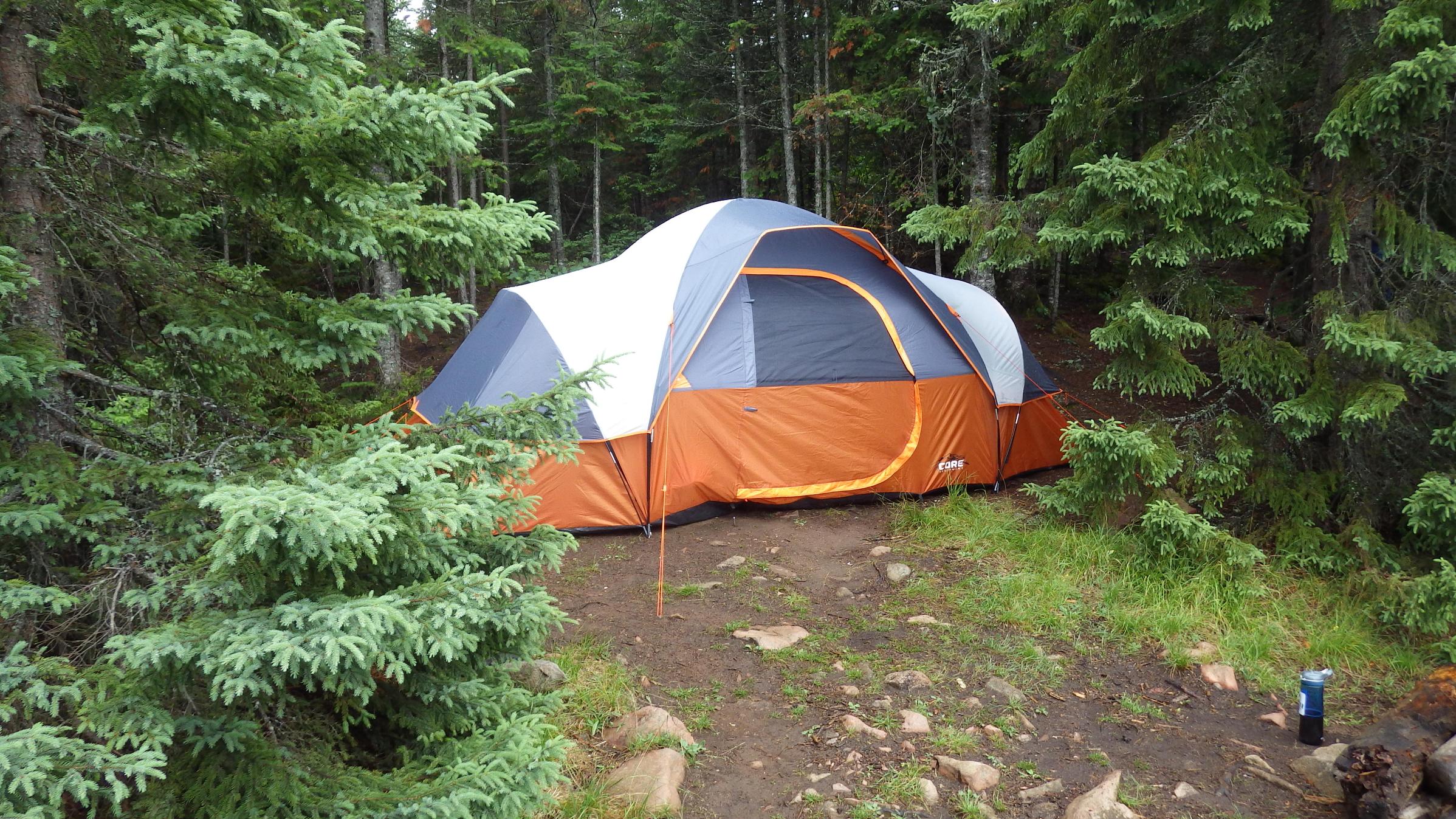 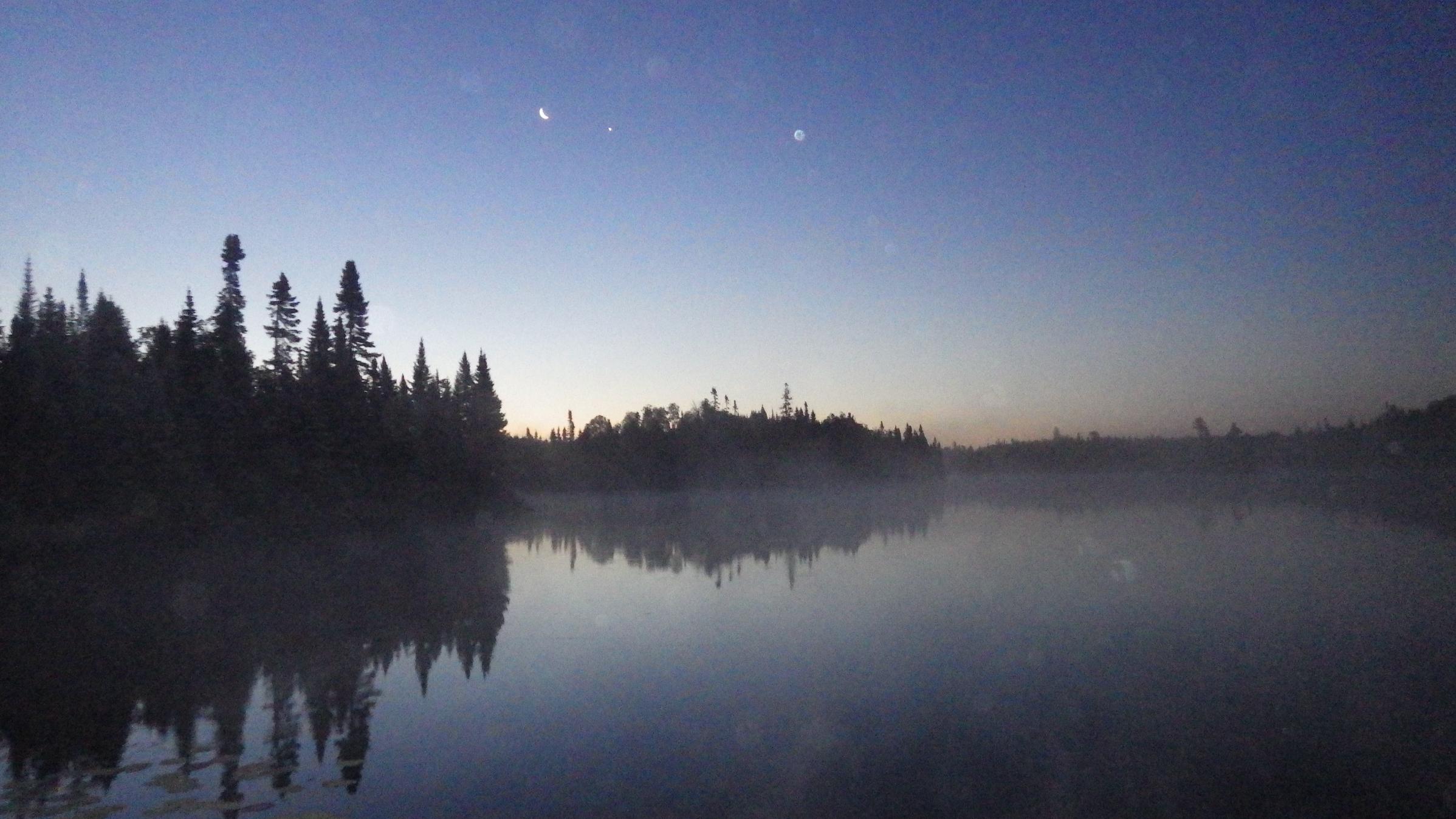 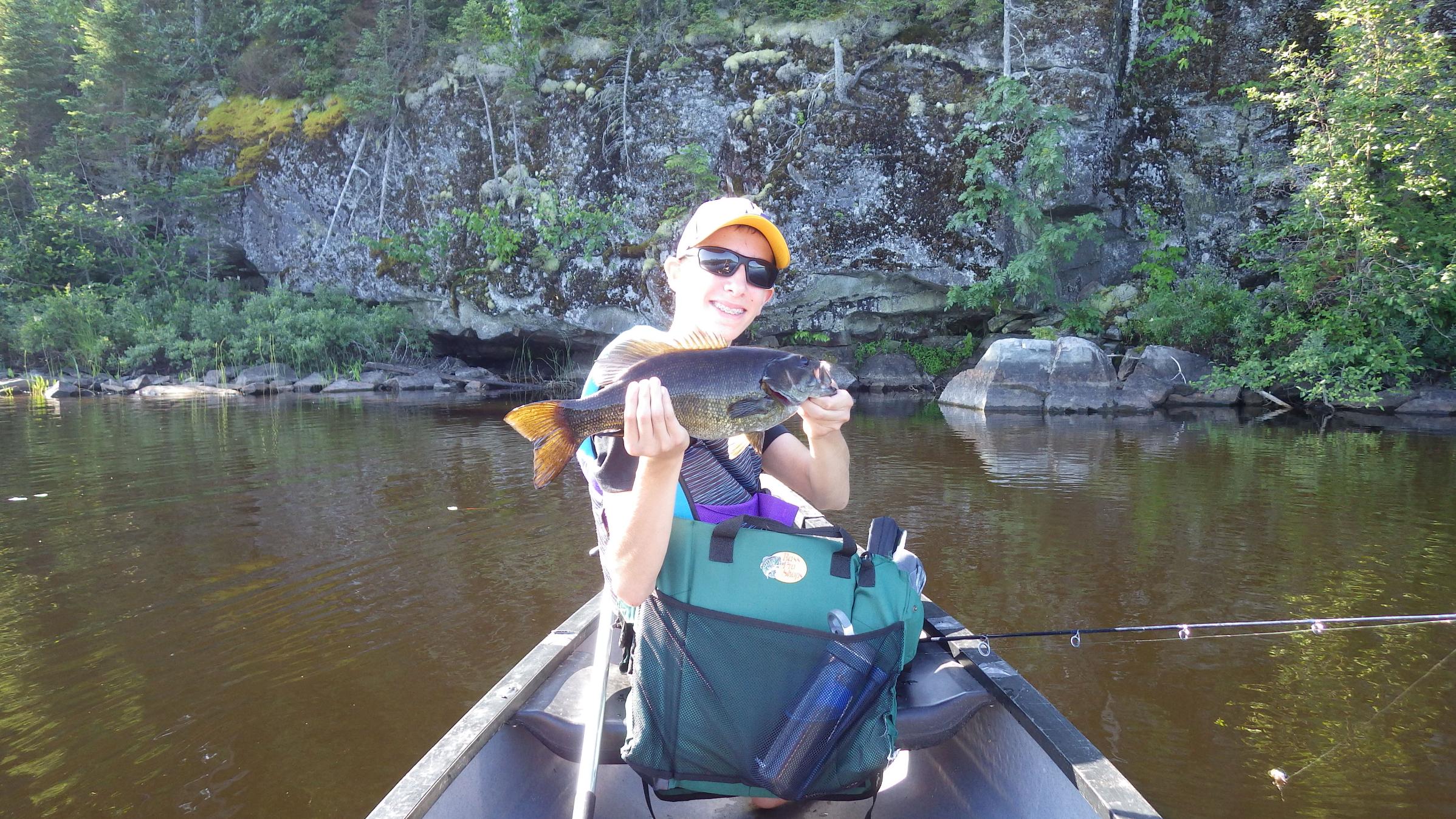 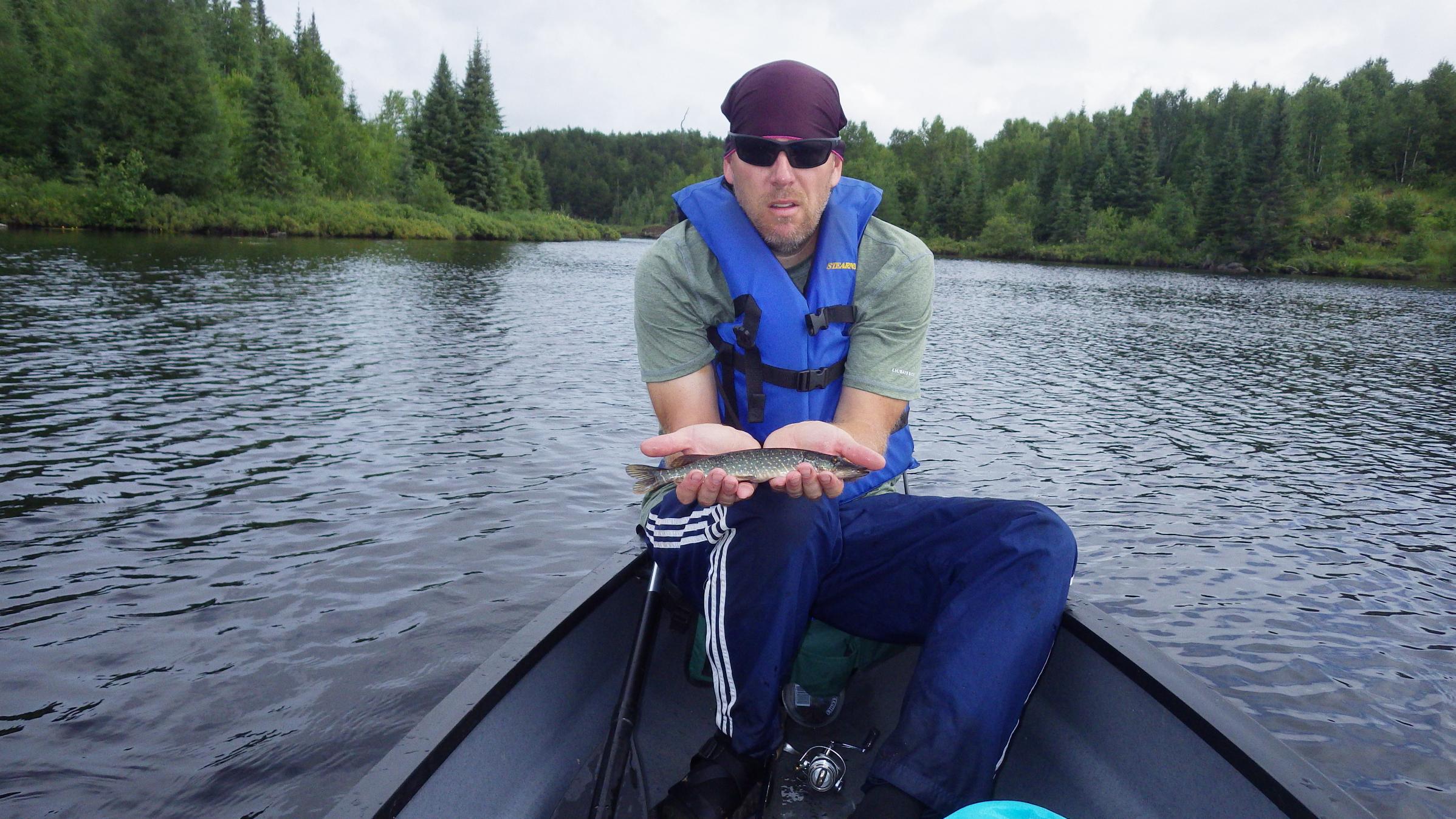 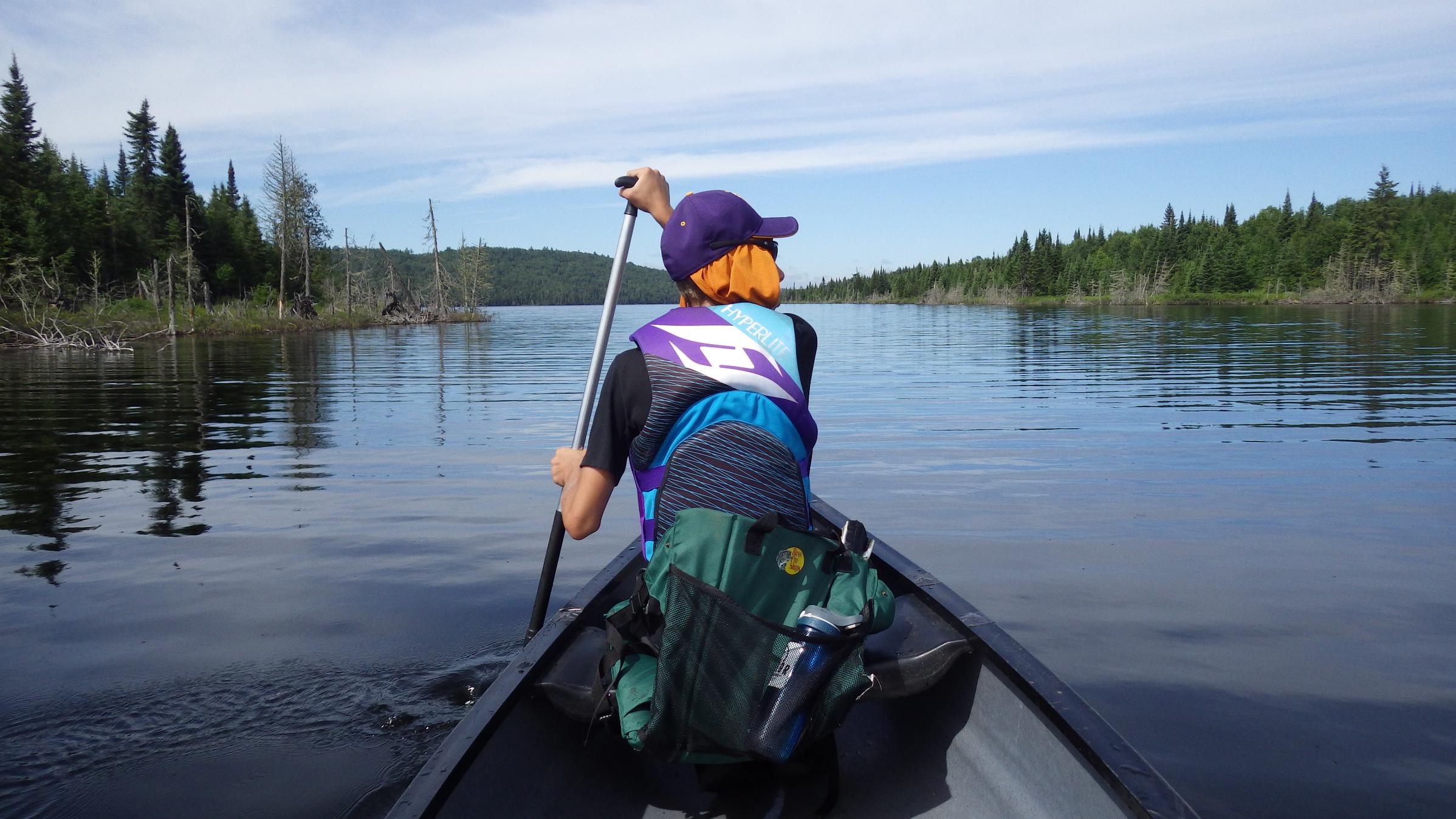