We got up bright eyed and bushy tailed and headed to EP16 on Saturday morning. Upon arrival at the entry point it was easy to tell that this was going to be a super highway of people going in and out as the parking lot was overflowing with vehicles.

We unloaded our kevlar's and the rest of the gear and made our way down the long, but flat, starting portage to the Moose River. A man going down the portage path the opposite direction told me we had a lot of fishing rods to which I responded "Well yeah, you need a jigging rod, a slip bobber rod, a trolling rod, a rod for northern/bass, and a back up rod in case one breaks!"

We got on the river and began our long river paddle towards LLC. The water appeared to be quite a bit lower than usual but was still adequate enough to allow us to go over many of the beaver dams on the trail or at least enough room to scootch the Souris over a few of them on our journey. What really tipped us off of to the low water was the small trickle of water going over what were supposed to be rapids or waterfalls. Aside from the low water it was a nice quite journey with a little rain to keep us cool on our journey.

We each setup a single rod at the second portage in the event we would have some opportunities to cast on the water to our day 1 destination of Boulder Bay on LLC. Nick caught a smallie under one of the portage "rapids/boulder fields" and I was able to pick up a small walleye coming out onto Agnes using a drop shot with a ring worm on a hook.

We continued on, very nervous about finding a camping spot as Agnes was about as busy a lake than I have ever seen in 25 years of coming up here. We opted to skip the Boulder River route believing that we would save time just portaging from Agnes straight to LLC to Boulder Bay.

After a long day of paddling we began our short search for a camp. We had labeled a couple 4 star camps on Boulder Bay and to our luck they were both open. We opted to stay at the western most spot. Time to setup camp.

It was my supper night so I made buffalo chicken mac n' cheese with instant pudding as dessert. Wow, did that hit the spot. It was good to get some energy into the system before we headed out to find some fish.

After supper we rigged up our fishing poles. Our first goal was to head to the Boulder River since we had read some past forum comments about how good the fishing can be there and some guys on the portage said they hammered all kinds of fish in the river but upon going part ways up the river we discovered that it was very shallow and did not appear to be what would be a desirable depth for walleyes or the larger fish. So either the reports for early season and the advice we received was incorrectly given to us.

We believed for the end of July that, for the most part, the larger fish would be out in deeper water suspended over reef's or near deeper drop off's. We left the River and headed out past the bay since it was only at most 8 ft deep. I picked up a couple small walleyes dragging a gold and purple Flicker shad with a 1 oz weight to bring it deeper and Nick ended up catching a 16 inch walleye with a Lindy rig off a point. Not a great first night of fishing but we weren't skunked and our final destination was still ahead of us.

So with full bellies it was time to hit the sack and dream of good days to come. 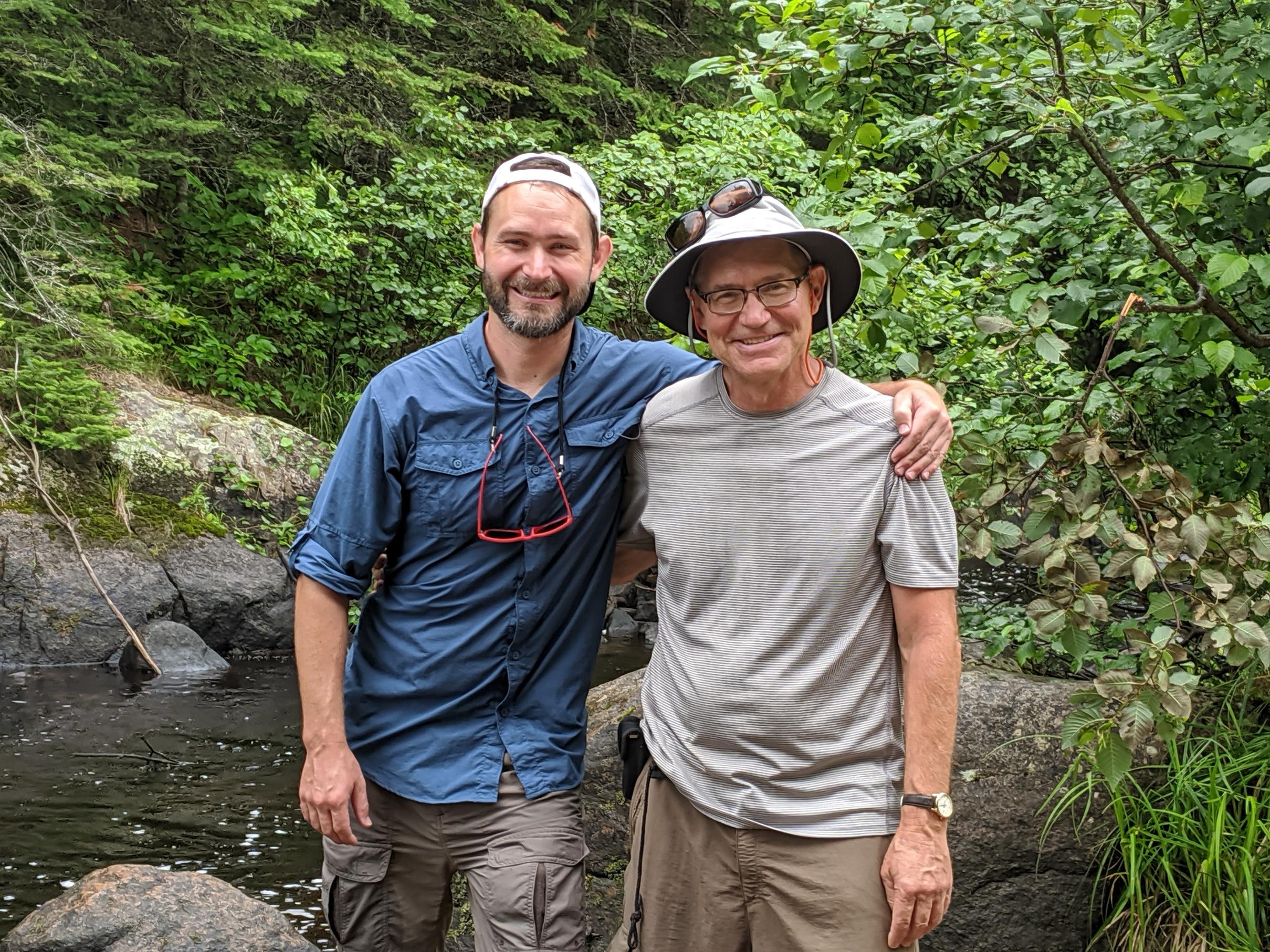 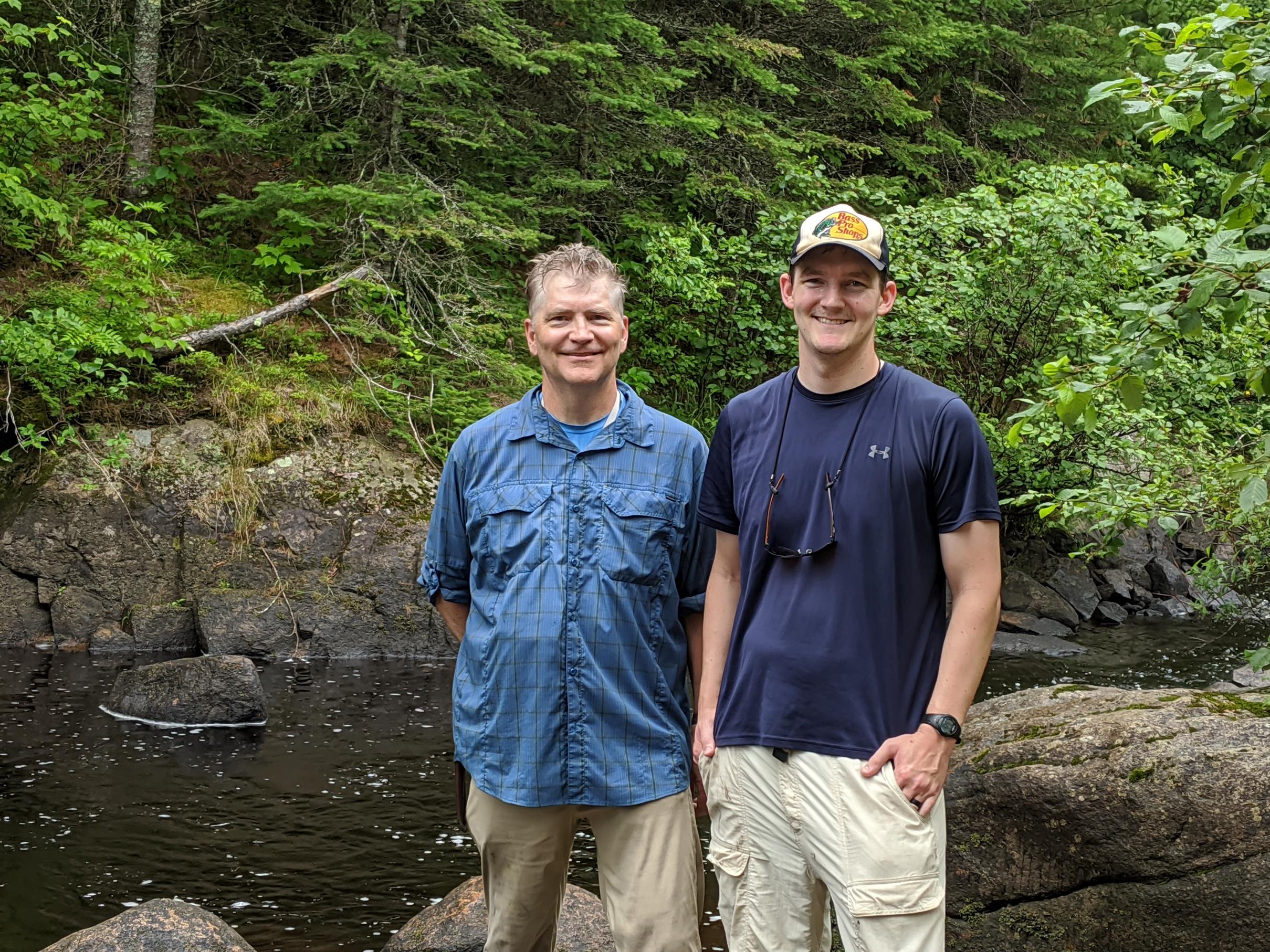 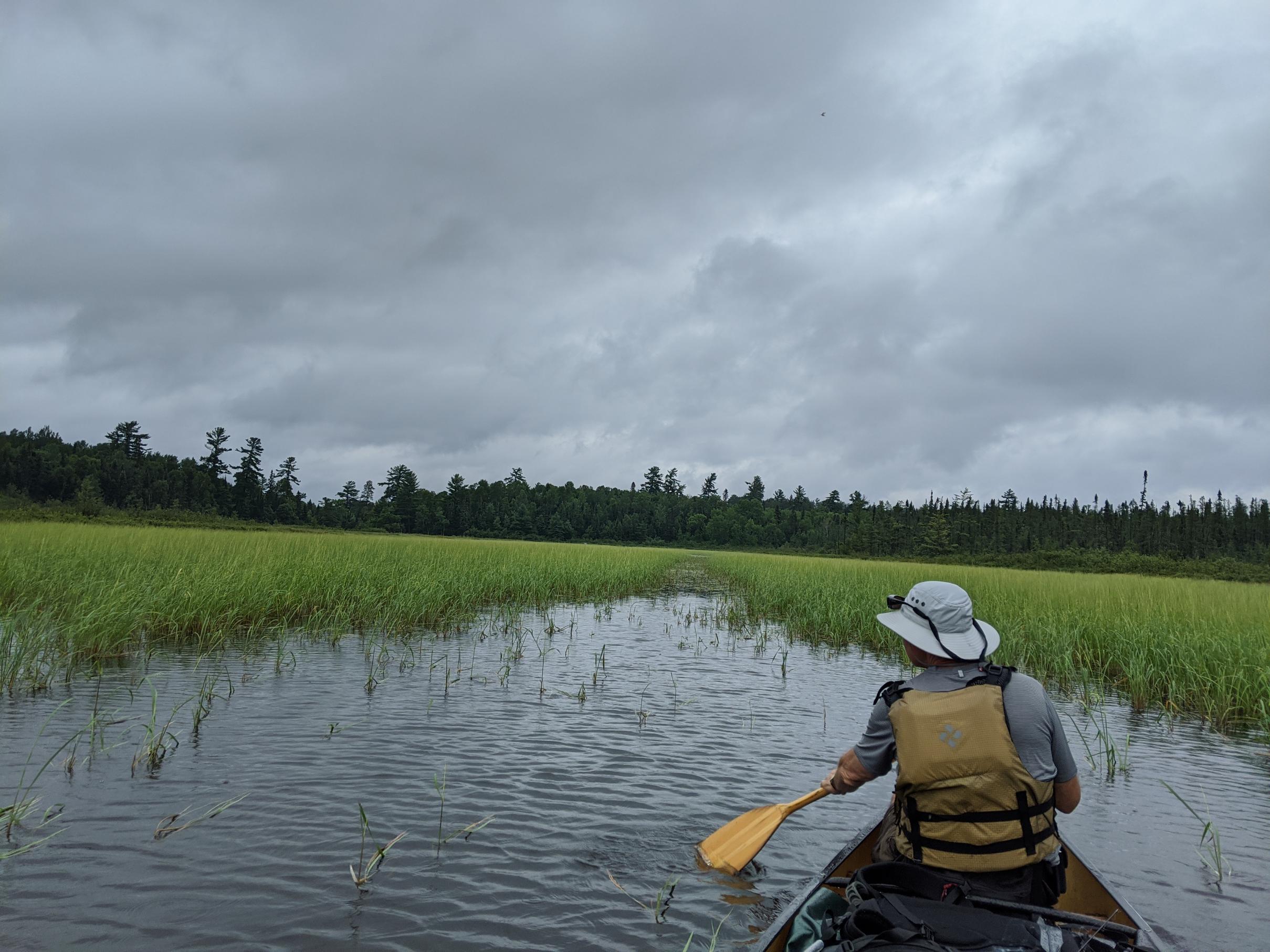 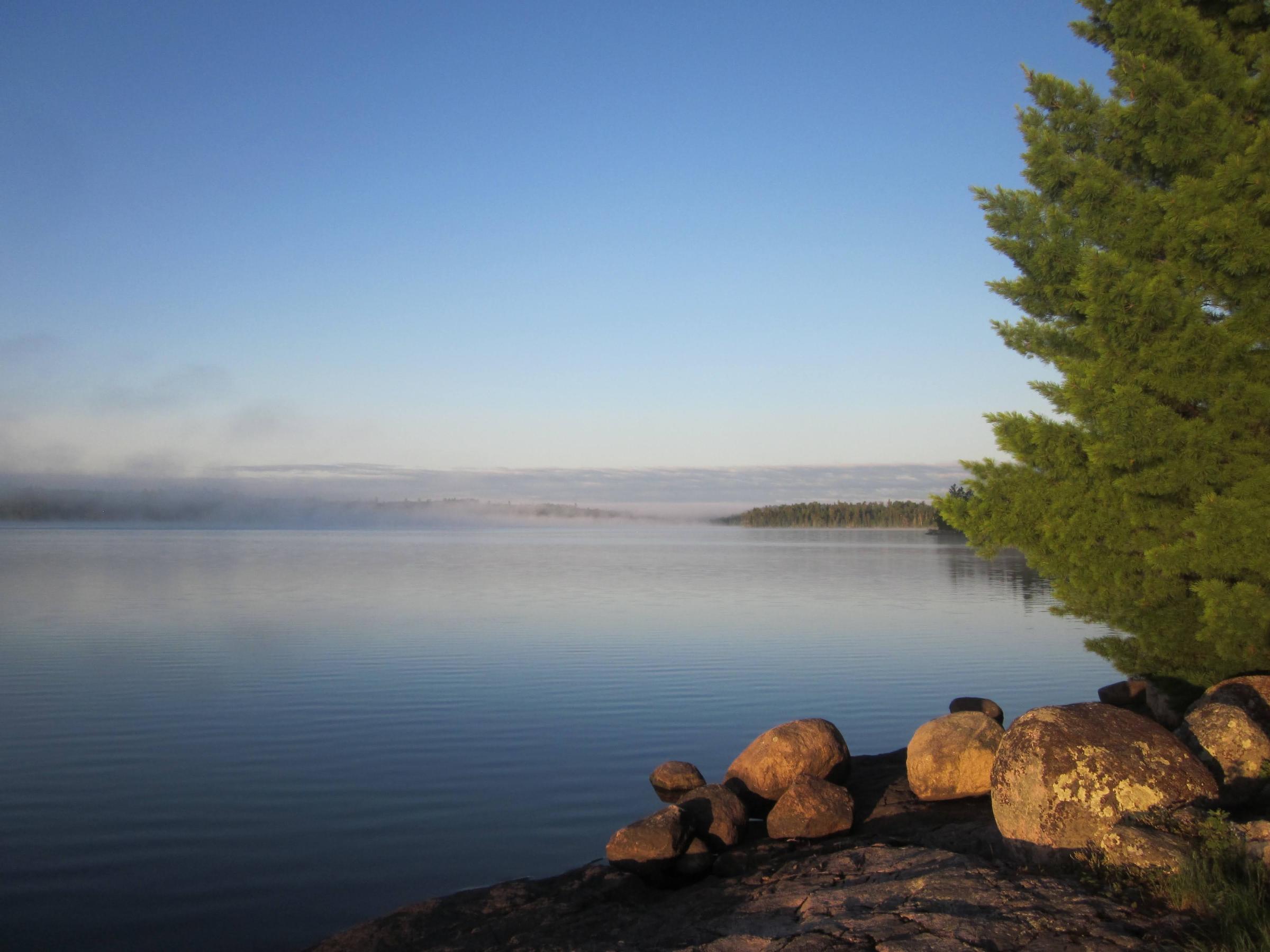