DeWormed (alternate title “As the Worm Turns”)
by sns

Trip Type: Paddling Canoe
Entry Date: 08/25/2020
Entry & Exit Point: Angleworm Lake (EP 20)
Number of Days: 2
Group Size: 1
Trip Introduction:
I had been hoping to get to Canada twice this year - once solo. With both of those upended, I found a gap in the calendar for a solo adventure (me & the dog, who to protect her anonymity we will call Cerberus) to the BWCA in late August. Of course, with the crowds this year permit availability was the issue - thus…Angleworm. I now understand said availability - over 2 miles, 3,591 meters from parking lot to lake. The plan was to go light and perhaps get all the way up to Iron & Crooked - I had 6 days.
Discuss Trip: View Discussion Thread (23 messages)
Report
Day one my destination was Whiskey Jack Lake. This is a lake on the Angleworm Hiking Trail, not a regular portage lake. It does have a USFS campsite and a paddler is allowed to camp there - you just have to be willing to portage off the east side of Angleworm about 3/4 of a mile on the hiking trail, which is not designed for canoe clearances! I’d be surprised if more than a couple canoes get to this lake annually.
Cerberus and I got an early start from the Twin Cities and were at the trailhead with a pack and a canoe, walking at about 10:20. The lot had a few cars but it did not seem crowded. I only saw one occupied campsite that day - #1895 on the east side of Angleworm. This is notable later. 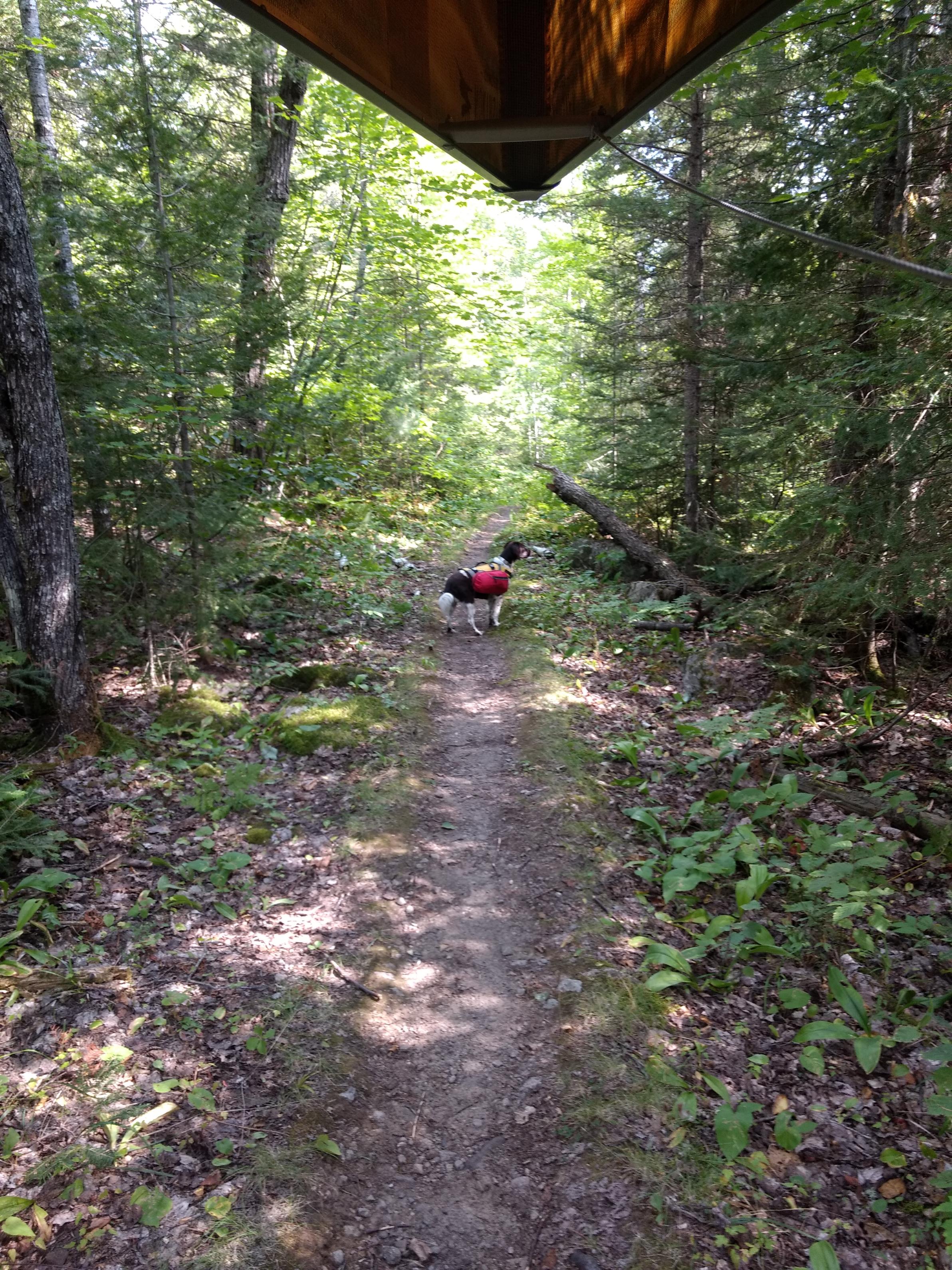 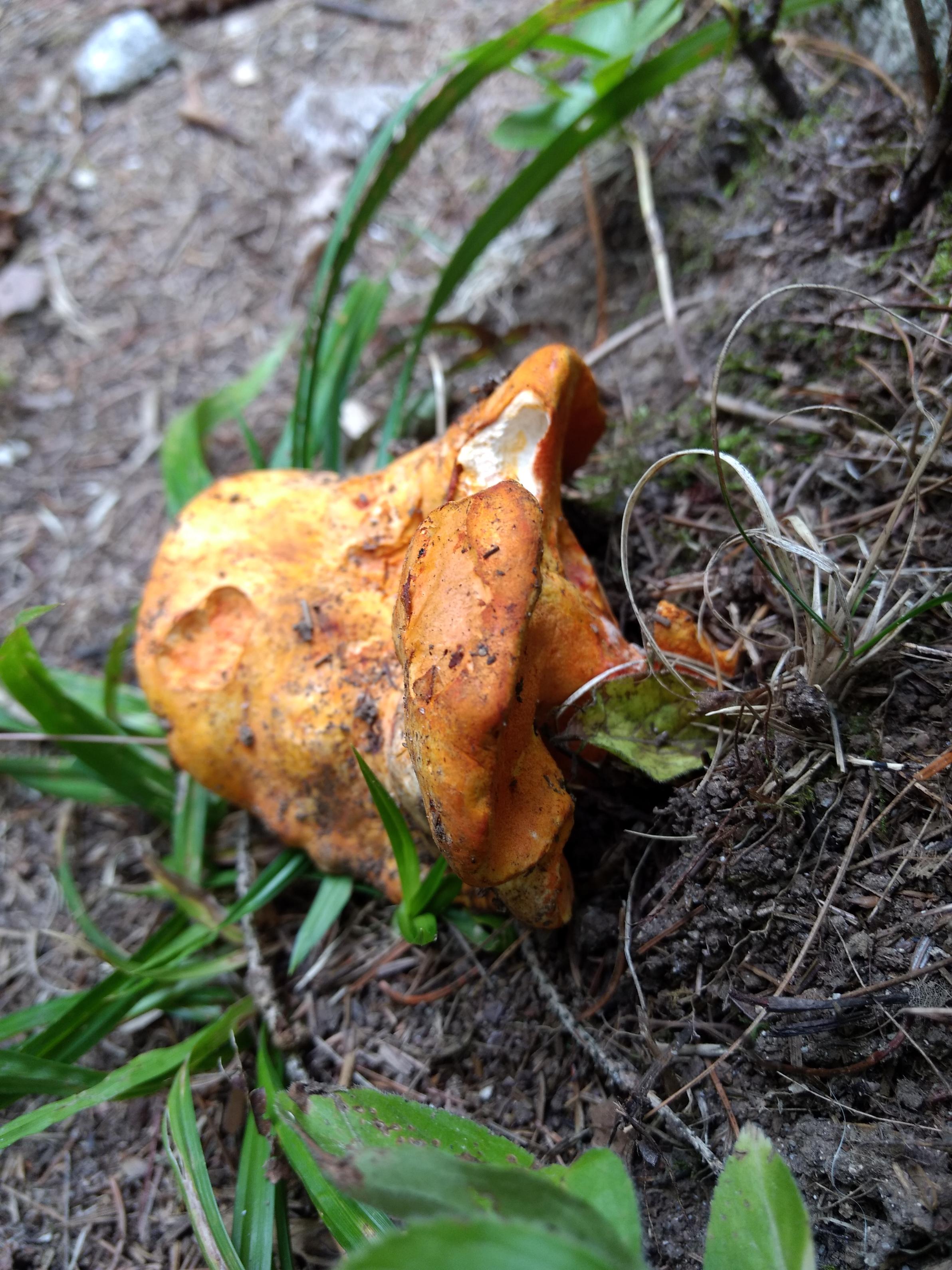 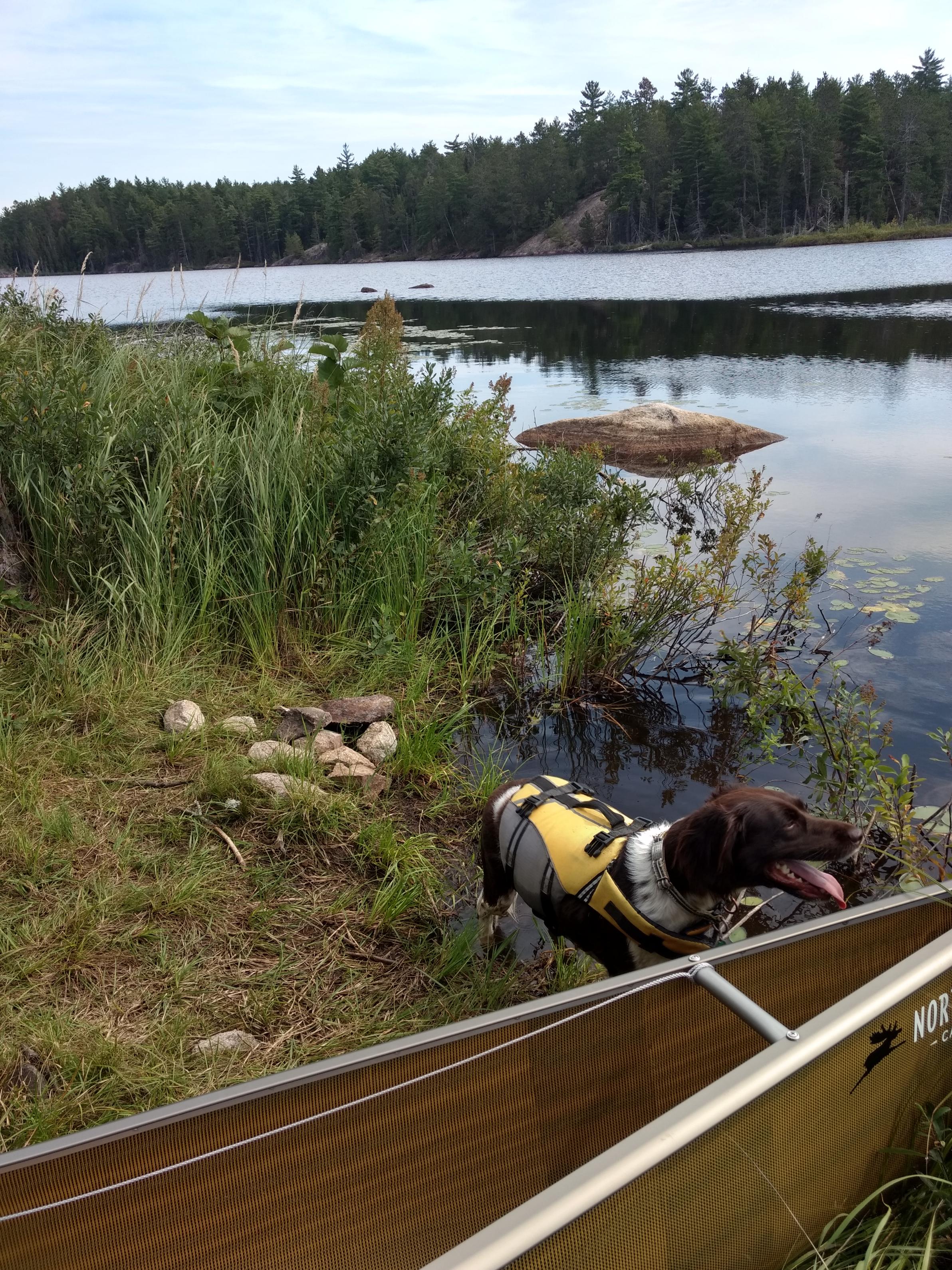 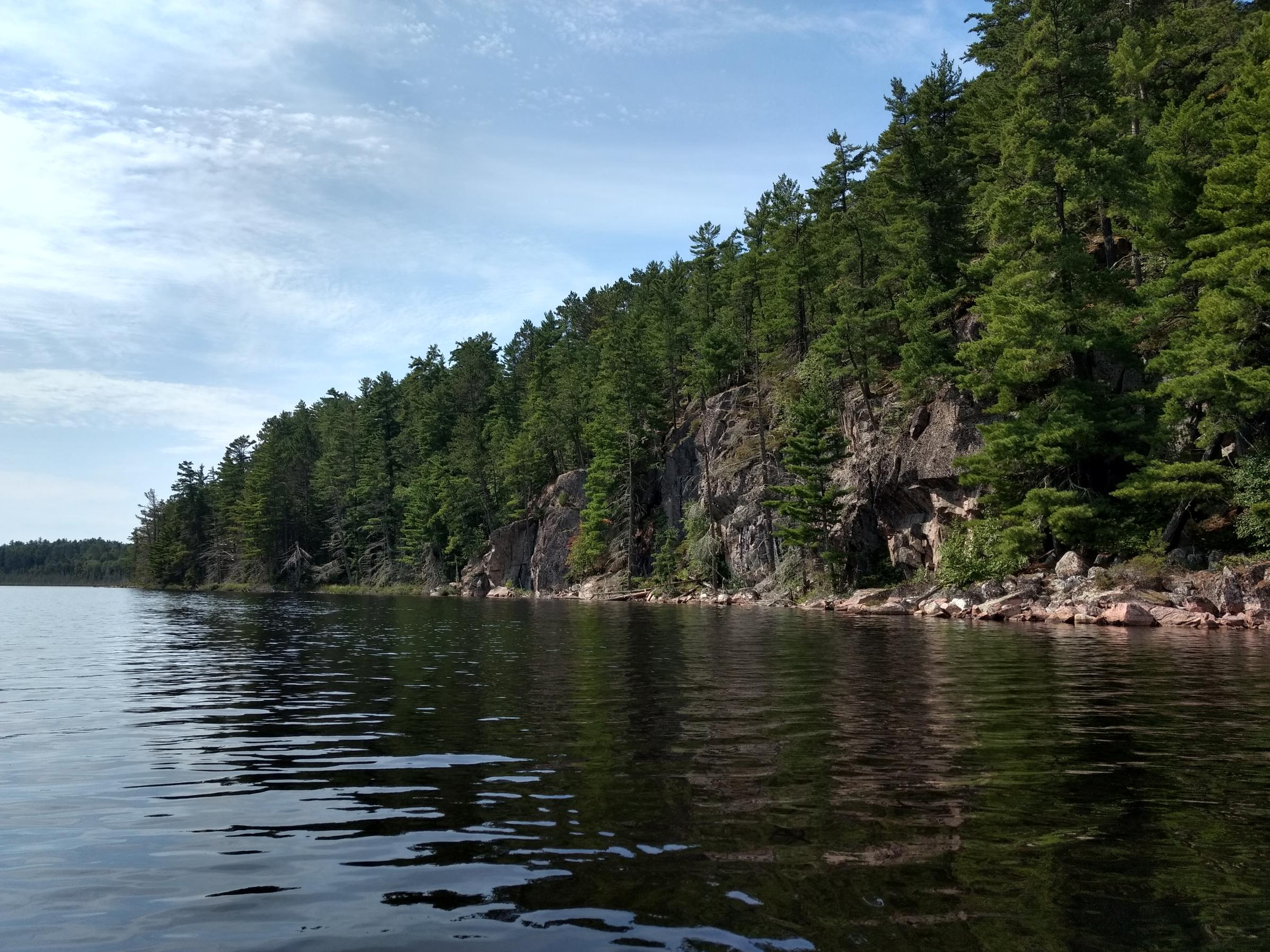 With single-portaging, Cerberus and I were on Whiskey Jack in 3 hours. 3 miles on land, about 1.5 on water. Whiskey Jack is a nice little lake with a very small campsite - essentially a one-tent affair or maybe one tent and one hammock. I do not know if it has fish other than a bazillion bluegills, but certainly none liked what I was throwing that afternoon. 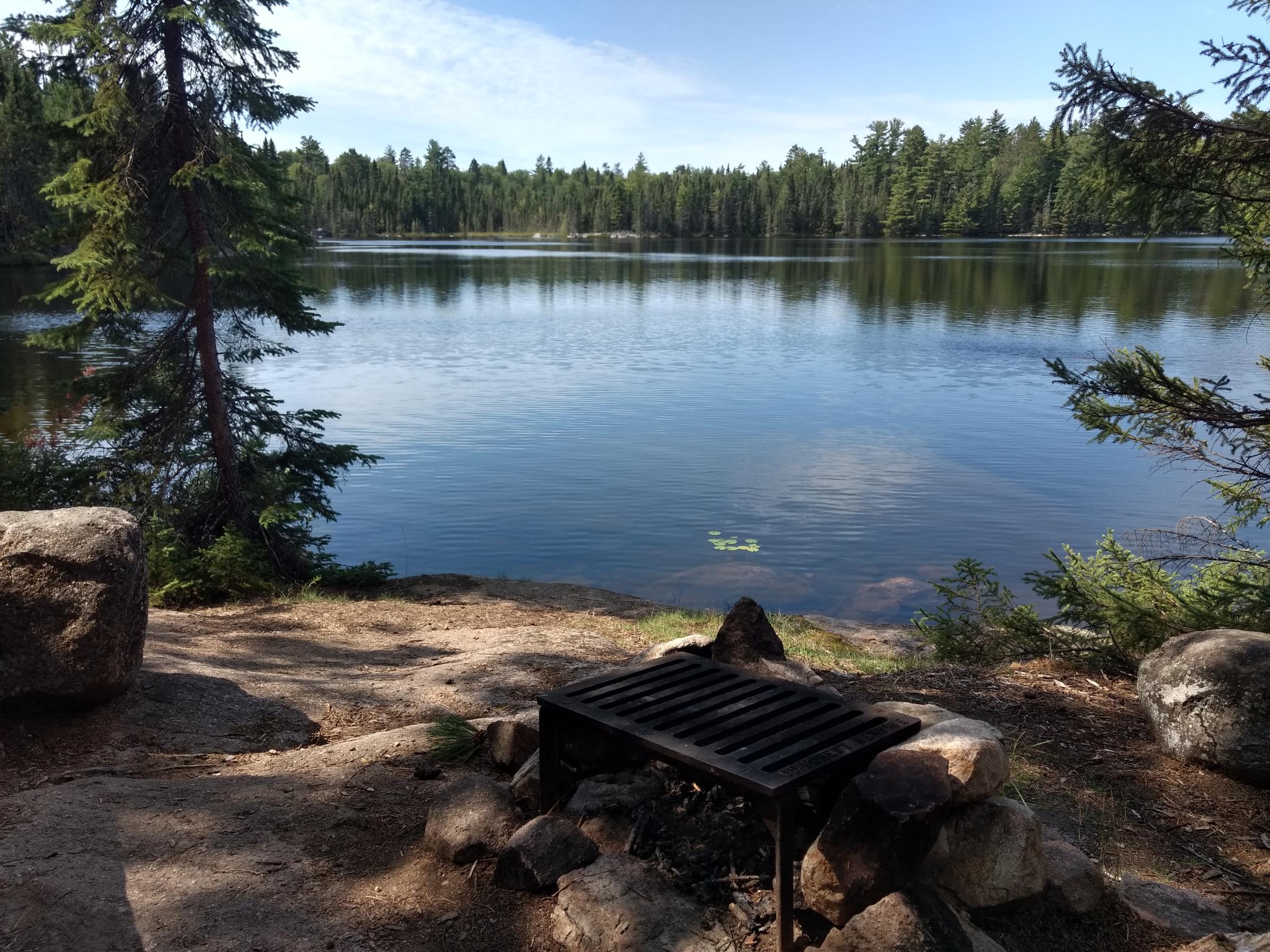 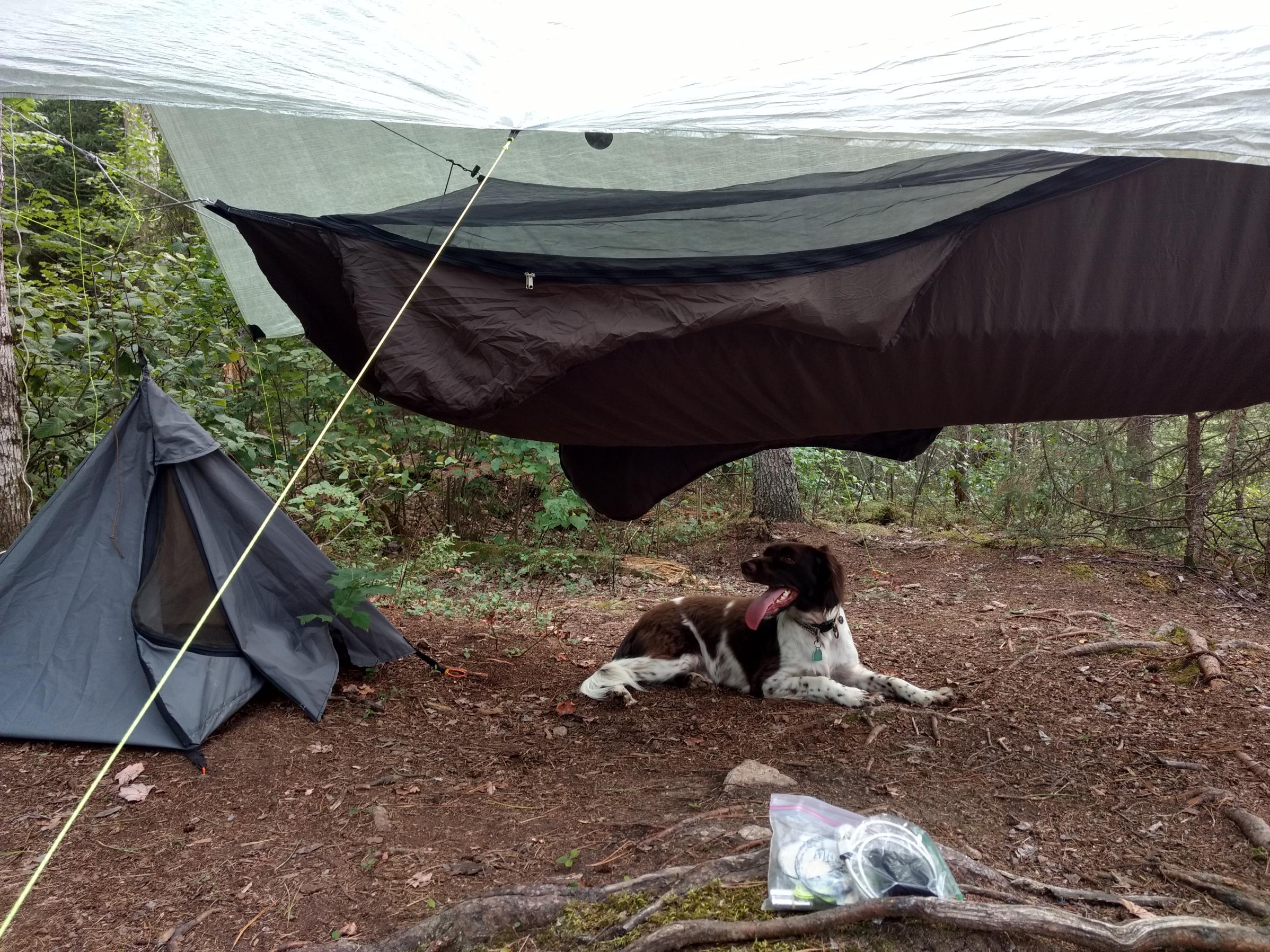 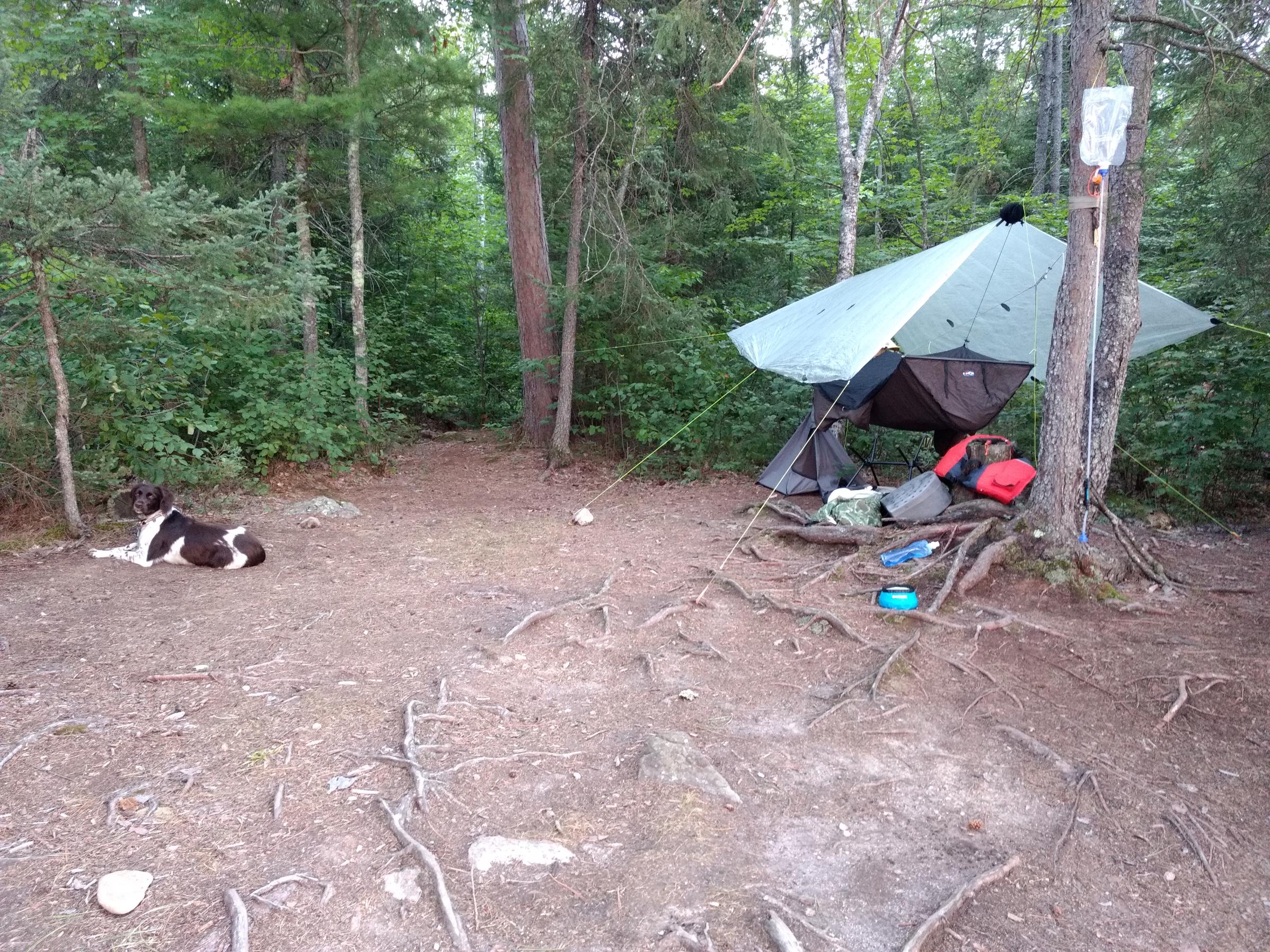 And then the Theatre began...
First Act:
The evening got interesting when I heard voices on the hiking trail at about 6:30; they were headed south. Someone shouted over, asking “is this the lake access?” I shouted back that it was - sort of - for Whisky Jack, and invited them to come down to the campsite. But once they realized it was only a campsite, they stayed on the trail and kept going south. 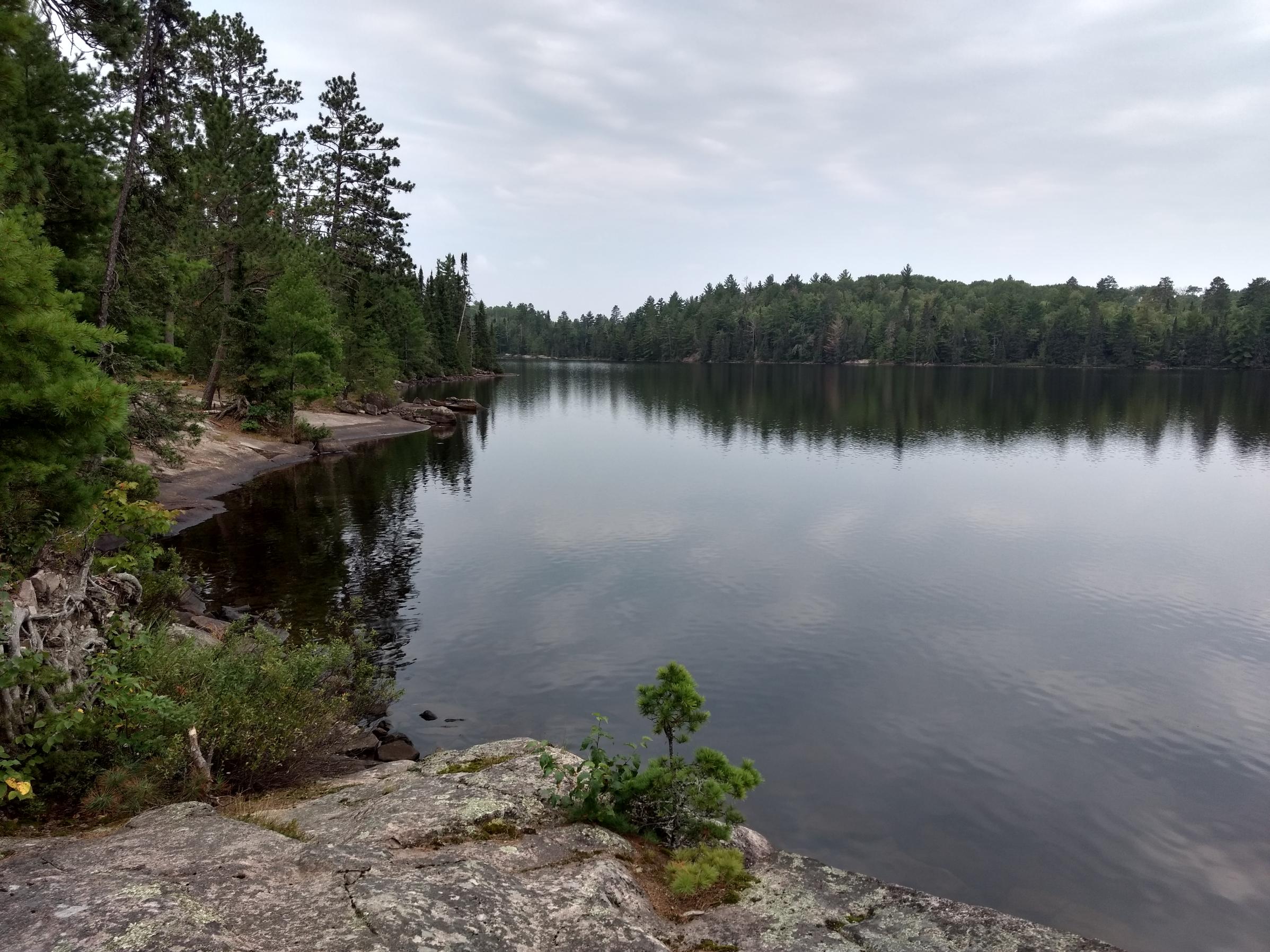 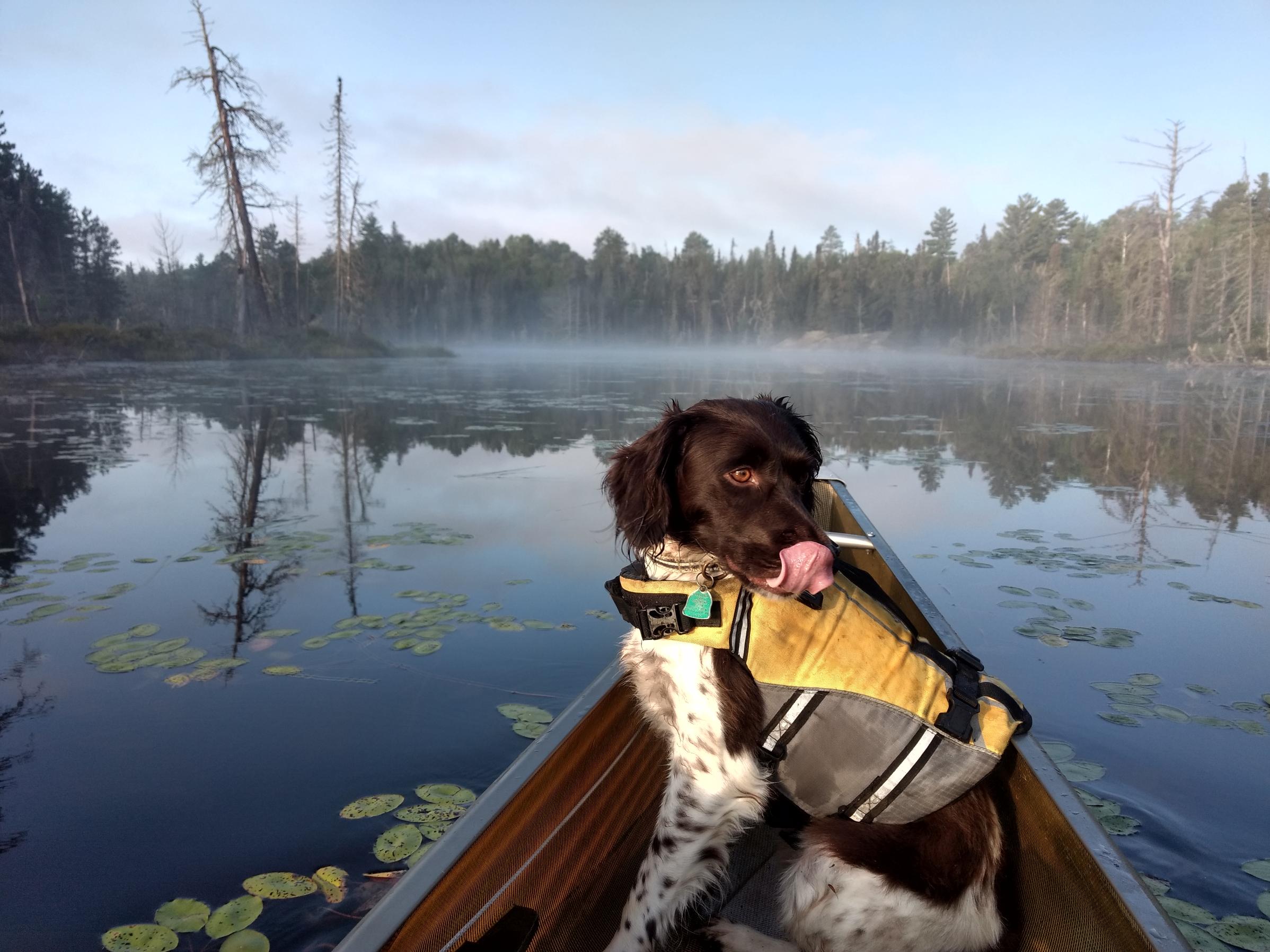 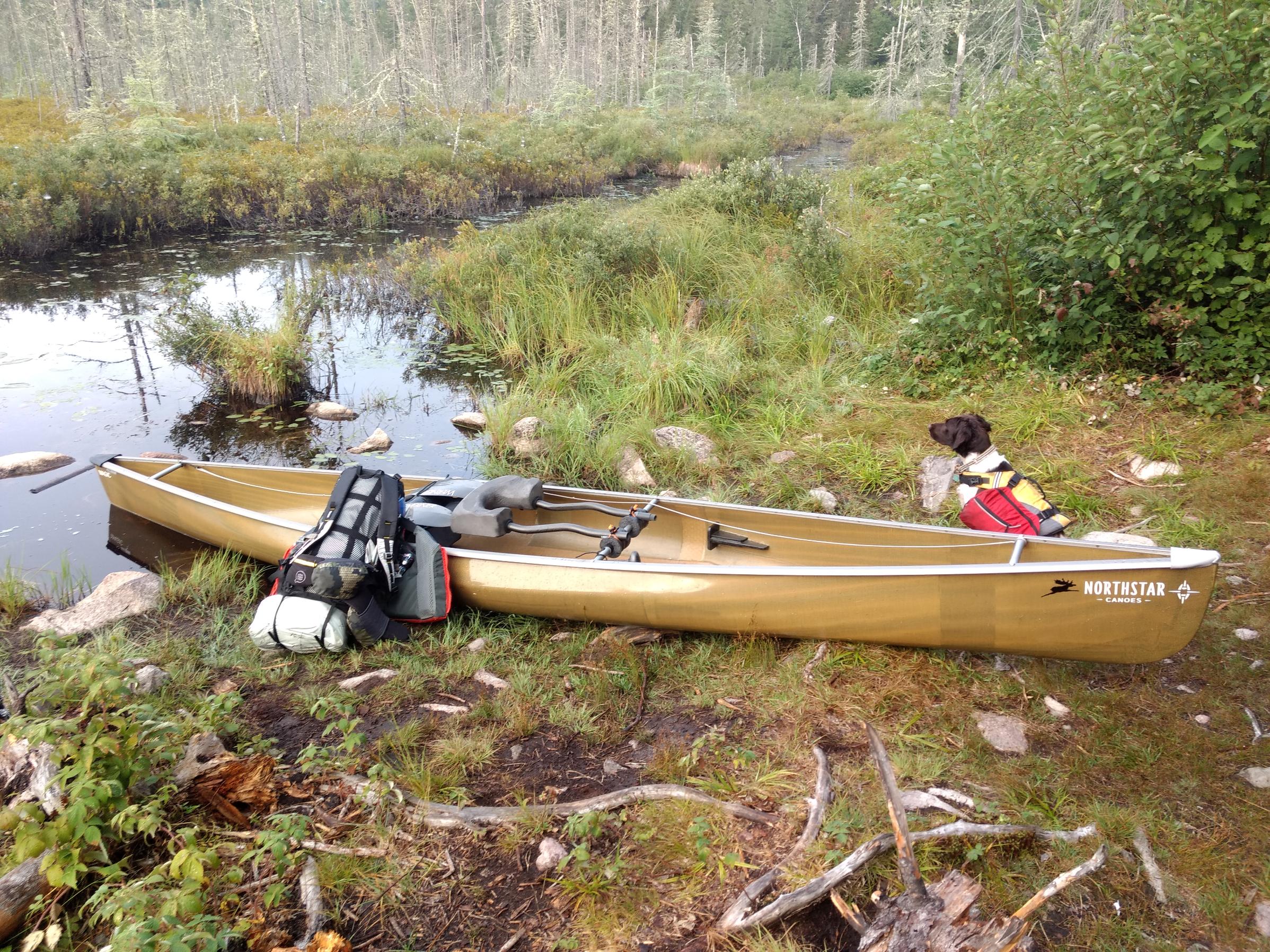 Cerberus and I camped on Home for the evening; we woke at first light, were on the water at 7 and at the car at 9:20...it was a 47 hour trip. Operation Rescue Child from the Debauchery of College is underway as of this writing - the wife is already heading east for a four-day roadtrip and I am now home to mind our younger children, who rightly resent the end to their brief, parent-free independence.

I may go back, but my shoulders and neck ache. I looked at the maps, and we travelled a hair over 8 miles on land, and only 7 by water. I caught no fish. Cerberus did get to gnaw on a rotting fish head at the Home campsite, so thanks to that fisherperson for lazy disposal!
However I think I got Charlie off the MTA…reference for those who might know the old folk song by the Kingston Trio. Look it up and listen if you don’t!
Edit: I returned a week later! Report here: ReWormed