Thunder Point: The view that was worth it. Barely.
by Nelsonti

Since our primary motivation for the trip was fishing, Saturday we fished pretty hard. After a breakfast of pancakes and bacon, and about 5 pots of coffee, we hit the water and pounded it to a froth. The fish of the trip and highlight of our fishing was my brother-in-law Andy's first cast of the day. He dropped his jig down in about 10 feet of water and probably hit his 20 inch smallmouth bass on the head. That was the first fish of the day! I lost what was probably a nice northern when it bit through my monofilament leader of my inline spinner. We also gathered firewood from the shoreline periodically if we saw some that was down and dry and convenient. Throughout the day, we picked off a few fish, including Trevor's 18" walleye. We were hurting for fish to eat, so we decided to have a late lunch and fish until dark. This proved to be a good call because we got a couple more walleyes and northerns. Thank the Lord! We would not starve!!

Once back, we made quick work of the fish. BIL Andy filleted the last fish and used a really interesting technique of filleting out the "Y Bones" of the walleye. I had never seen anyone do this with a walleye, but the fillet turned out really nice, so we were all duly impressed. One of the few foods we carried with the water removed (dehydrated ;) ) were the Hungry Jack Hash Brown Potatoes. These were an awesome compliment to the fish and will be on future BWCA menus. This night we had an awesome campfire and solved all of America's and the world's problems. Sadly, we did not appoint a scribe to take down our notes, which certainly would be archived in a Smithsonian Museum someday or the Library of Congress. So, we will have to piece together our masterpiece through the haze of slight hangovers and passed time. Andy implemented a Talking Stick, which added some sort of organized discourse to the conversation. It was indeed one for the books. As we went to bed that night, very late, we noticed that carrying out the whiskey would be significantly easier on the way out. This was a great day, and although the fishing wasn't great, it was an awesome and low-stress day camping in the BWCA. 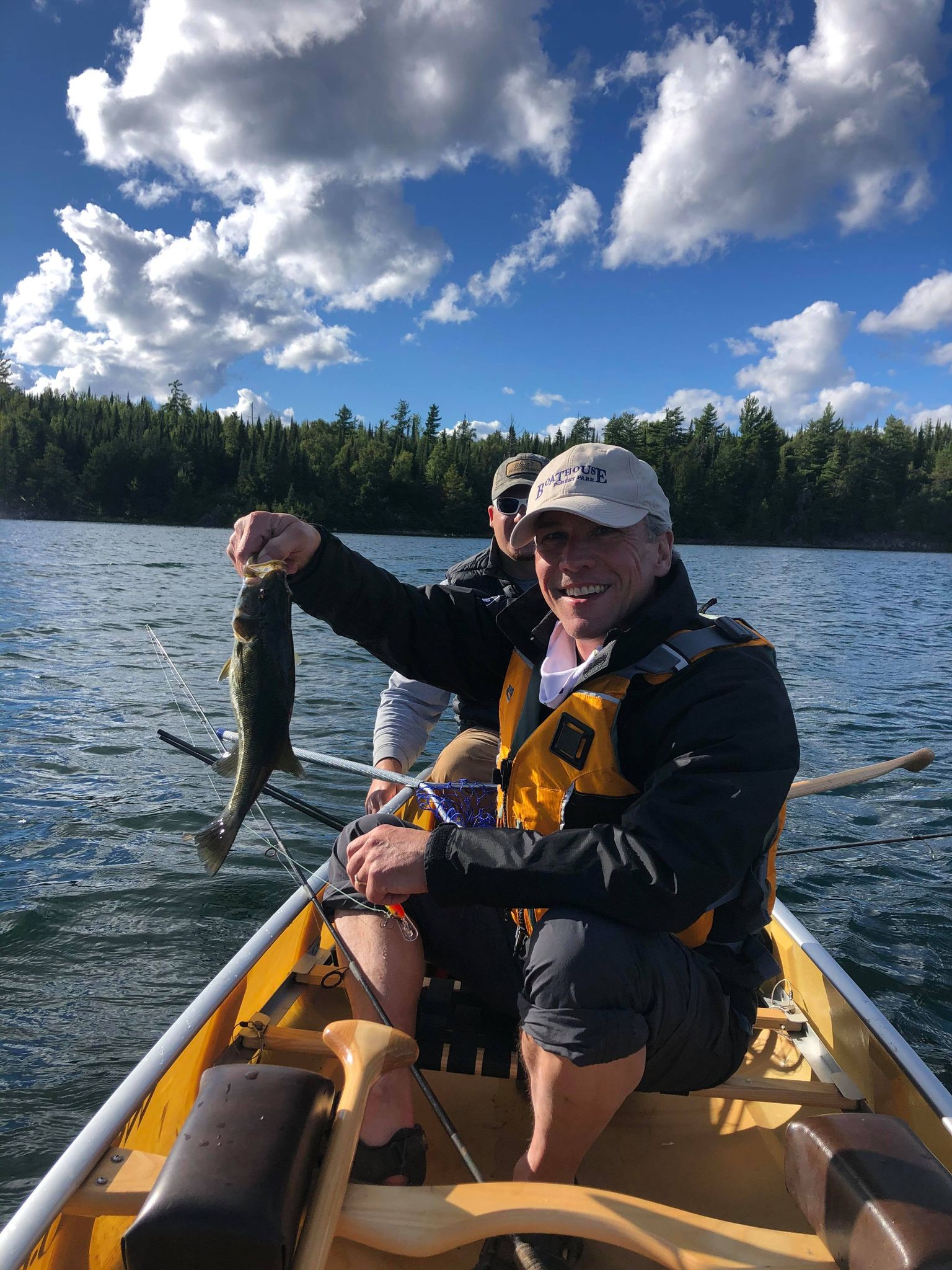 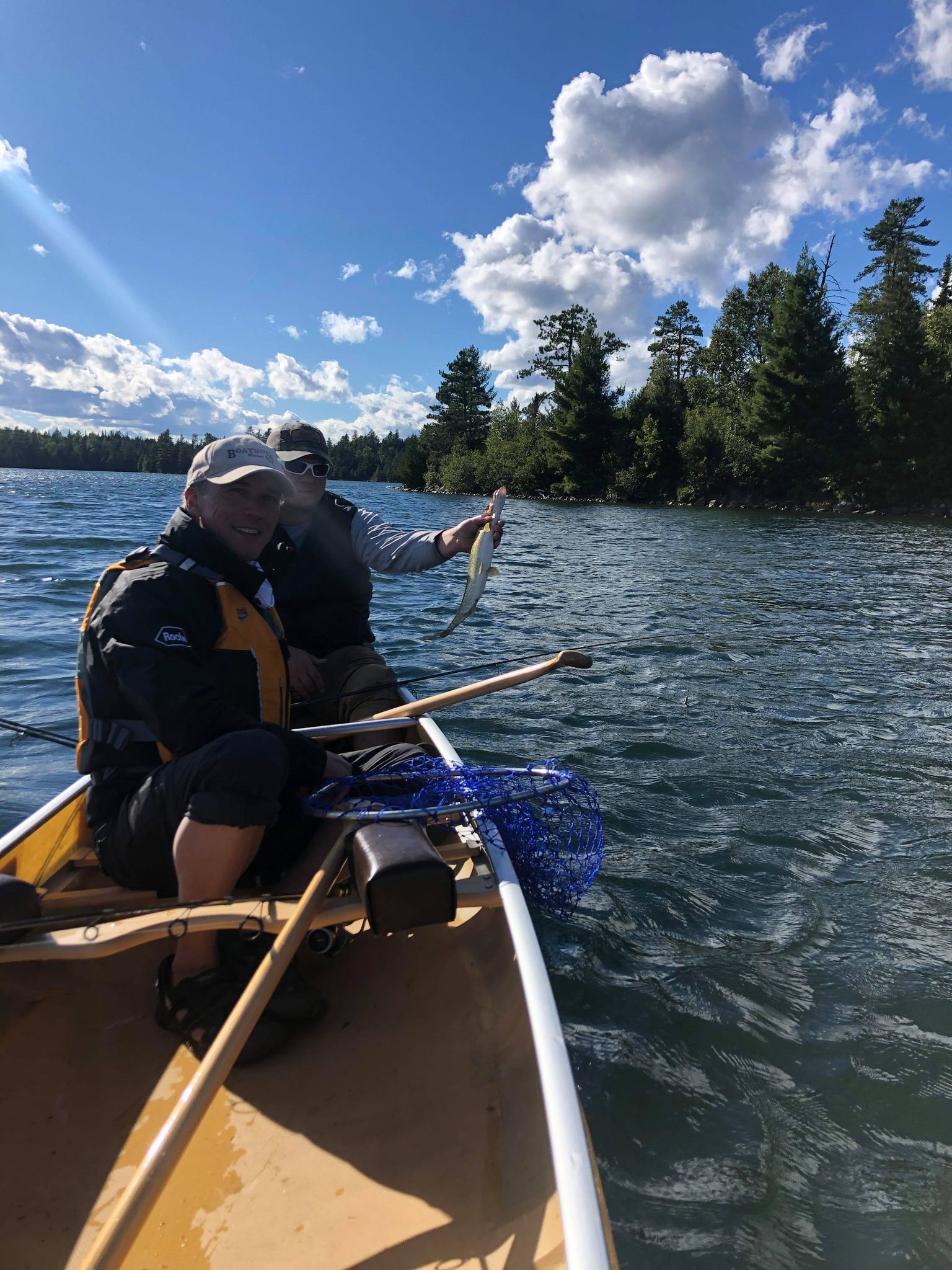 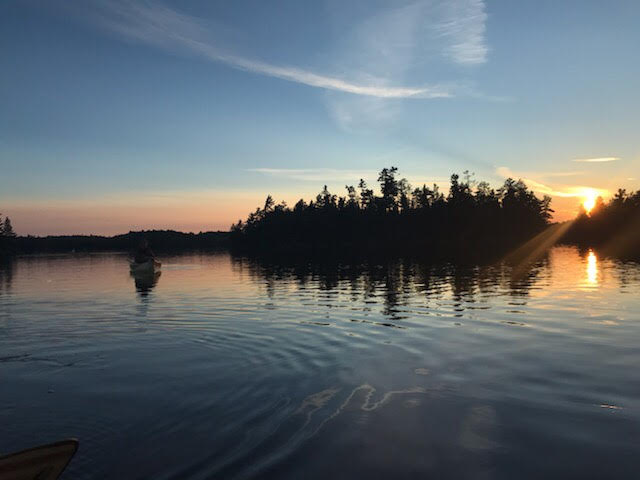 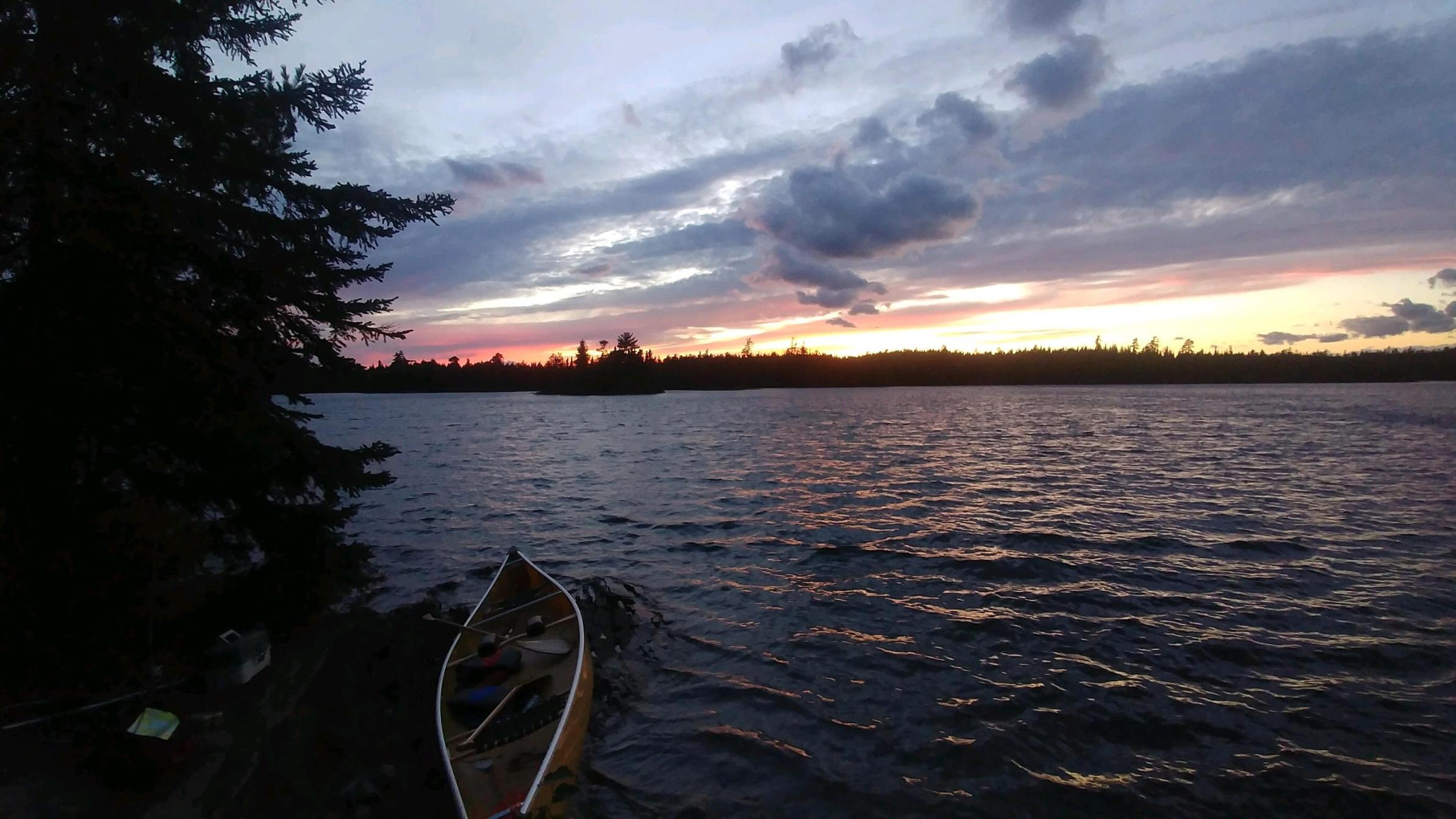