Trip Type: Paddling Canoe
Entry Date: 10/20/2020
Entry & Exit Point: Brule Lake (EP 41)
Number of Days: 4
Group Size: 2
Trip Introduction:
I've been meaning to get this out there for people but I'm a few days late on posting. This was my wife's first trip ever to the BWCA. I wanted to be sure that she had a good time and would want to go back so our trip was non-aggressive to say the least. She had purchased a MN II for me on my birthday and so we wanted to put it to use. Timing worked out, PTO worked out, so lets go!
Discuss Trip: View Discussion Thread (5 messages)
Day 1 of 4
Sunday, October 20, 2020

We woke up on the 20th at 3am. We live in southern MN and knew it was going to be a drive. We had packed everything the night before minus some perishables and so we were on the road by 4:15 am.

The trip up to Sawbill trail was uneventful and we made it to Brule by 12:30pm. We had originally planned to pick up our permit at Sawbill but with the Covid thing, realized we could print out our permit online and change our pickup location to Tofte. Thanks guys for helping me out with that advice. That probably saved us at least an hour+.

There is something special about owning your own boat and driving straight to the EP. So much quicker and easier than going through an outfitter.

We had stopped at the gas station in Tofte before heading up and they were out of leeches and minnows. We paid a kings ransom for some "rainbow minnows" and some crawlers. I think it came to 25 bucks or so. Hysterically, all of the minnows were dead before reaching camp. Luckily as we were getting underway a nice couple in a beautiful cedar stripped canoe asked us if we wanted any leeches. YES I said, we couldn't get any in Tofte! Nice folks.

We were planning to head to one of the Cone bay sites and we started working our way there. The wind initially wasn't too bad but once we hit the open water heading north to the cones, she kicked up and scared the **** out of me.

At this point I was thinking we were in trouble. My wife has about 2 hours of paddling under her belt and I'm a novice at best myself. When we hit the island just south of cone bay, all I wanted to do was get behind it and out of the wind. As luck would have it, the campsite was open so we got the hell off the water.

The rest of the day we made camp and relaxed a bit. We were in 2 hammocks and the site had a few good spots for those (although the tent sites sucked). I saw an opportunity for us to lay close enough to combine our tarps into one bigger hammock dual site so that's what we did and we liked it.

Steak on the grate and mashed potatoes for dinner. Was fabulous and we were tired, full, and ready for bed. 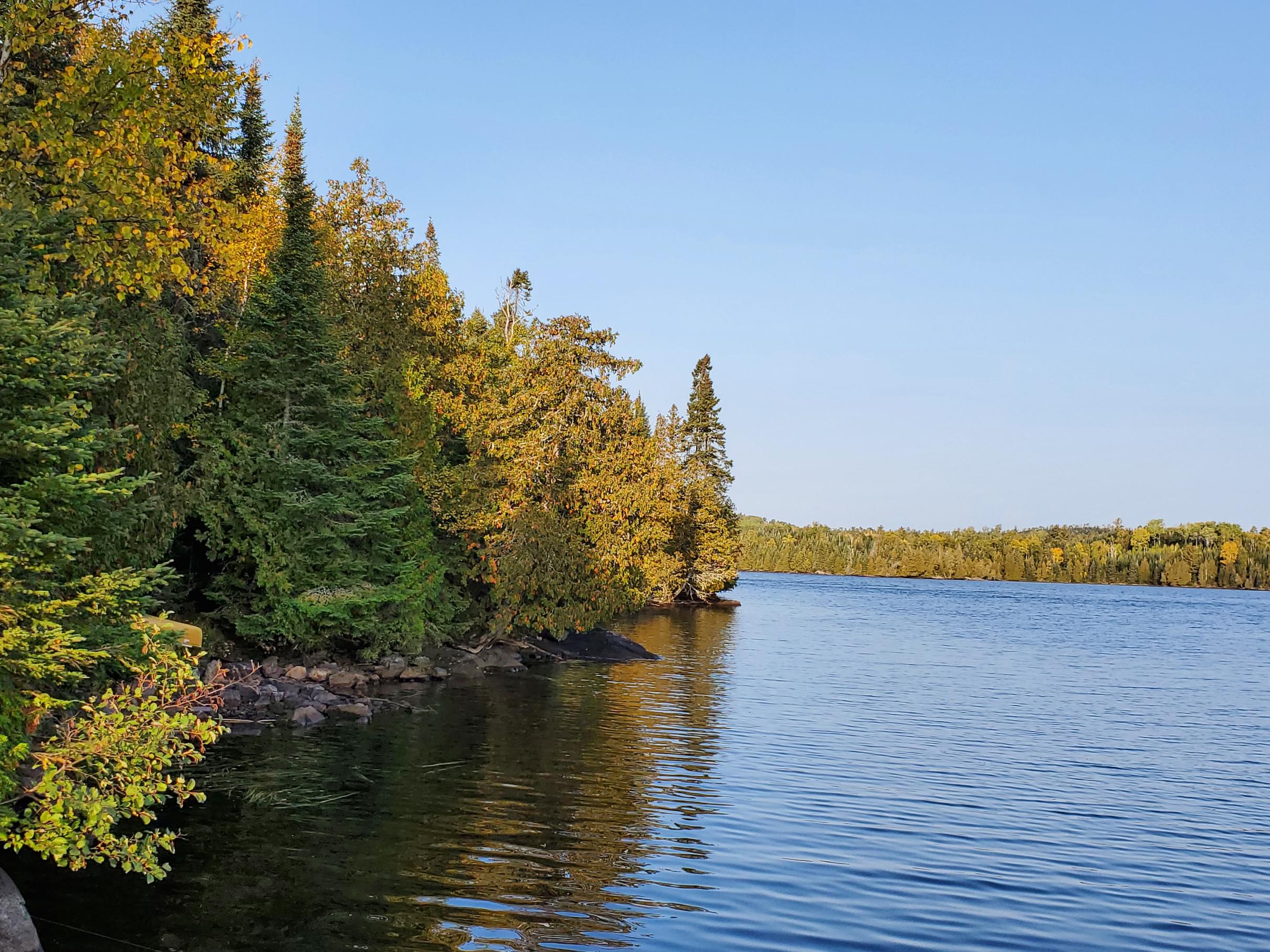 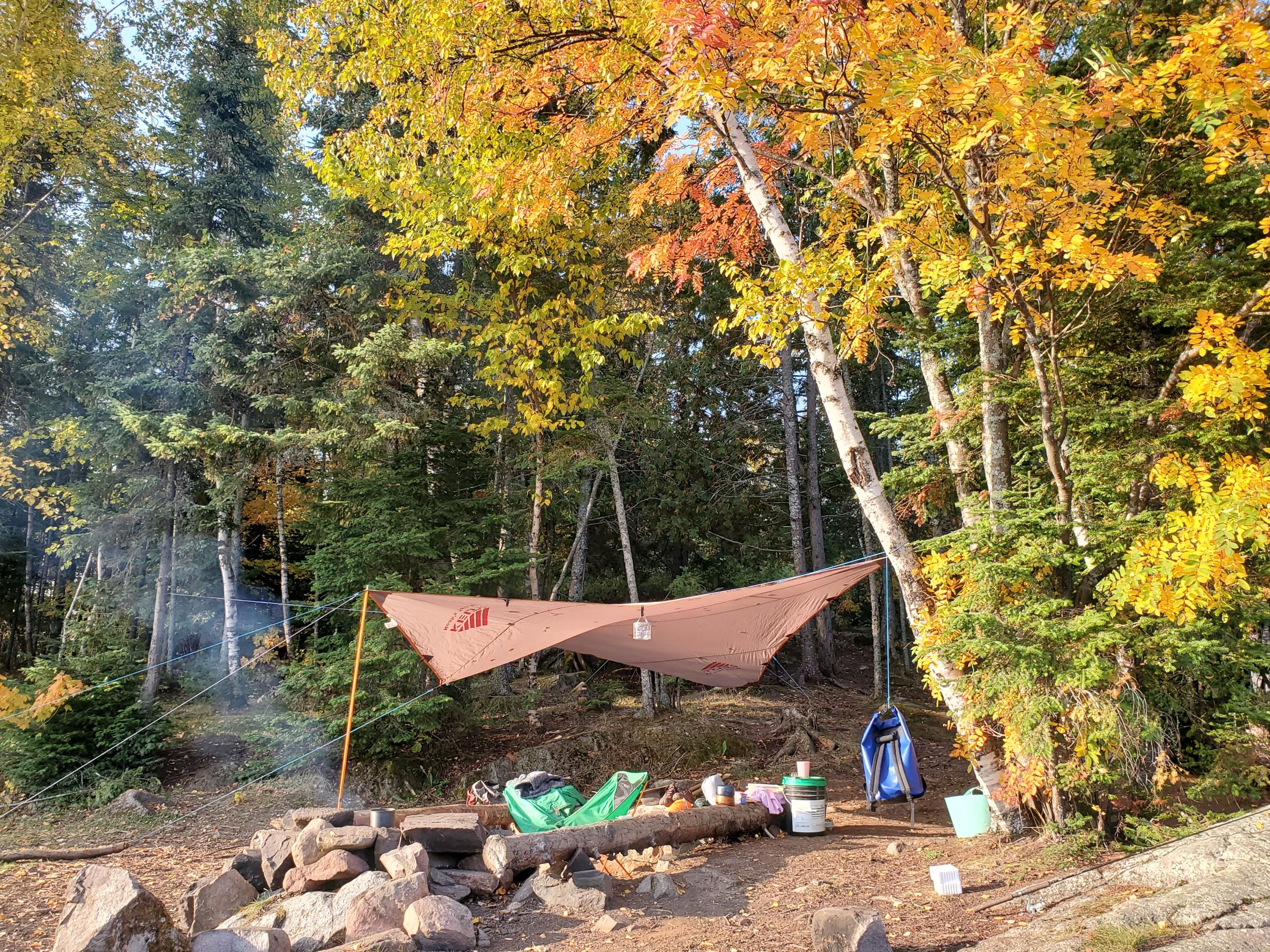