Morning 2 we woke up to packs covered in sleet, but we all stayed mostly warm in our sleeping bags. A breakfast of bacon and hashbrowns got us ready for the day. We were off to try our luck on brook trout at Vale Lake. The portage was a bit hard to find. On the map it's right next to a creek, but that was dry at this point. Holy cow this was a steep one! While it was short, the gradient made a coward out of me and I wondered about pulling off the trail to take a break. However, the woods were too thick on the trail's edge so I had no choice but to power through and make it to the top. The view once there was rewarding. It's hard to do justice to Vale in the fall, but I'm confident it is the most beautiful little lake in the BWCA. (Gadwall could very well look the same, but we were not about to portage down then back up to check it out.)

Fishing was very slow on Vale and it felt 10 degrees colder than down on Pine. A light sleet was off and on. Mike caught a gorgeous brookie. Dad had one up to the boat. Andy and I were unsuccessful in willing the trout to hit our lures. We had lunch on shore. While trolling our way back to the portage to Pine I acknowledged our boat's fate of being skunked. I wouldn't get the perfect picture of a trophy brookie with Vale's colorful bluff as the backdrop, but I had another plan. Being the stern man, Andy's line was within reach. As he took in the scenery I plotted my prank. One yank and he set the hook with so much excitement I thought he'd fall out of the boat. After a good laugh we were back down to Pine.

Dad and Mike went back to camp and did some chores. Andy and I were determined to get on the board and paddled up and down the shores casting everything we could think of. The cold weather won the day and we went back to camp empty-handed. Brook trout potato soup warmed us up before we called it a night.

Here is the second video from this trip: 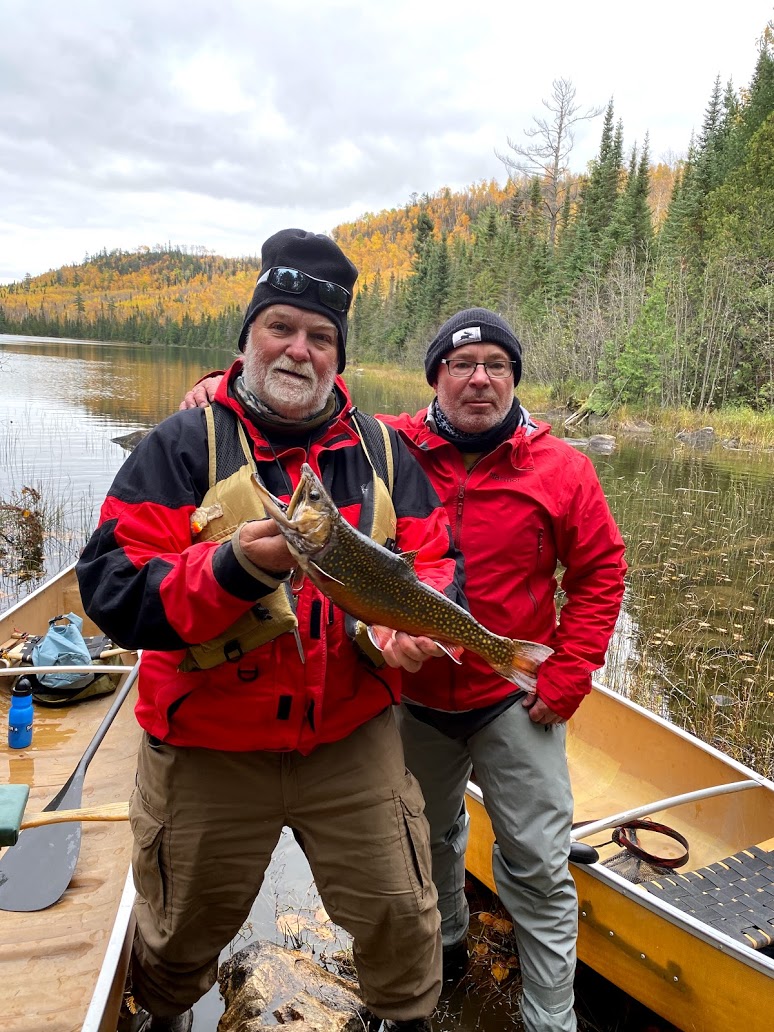 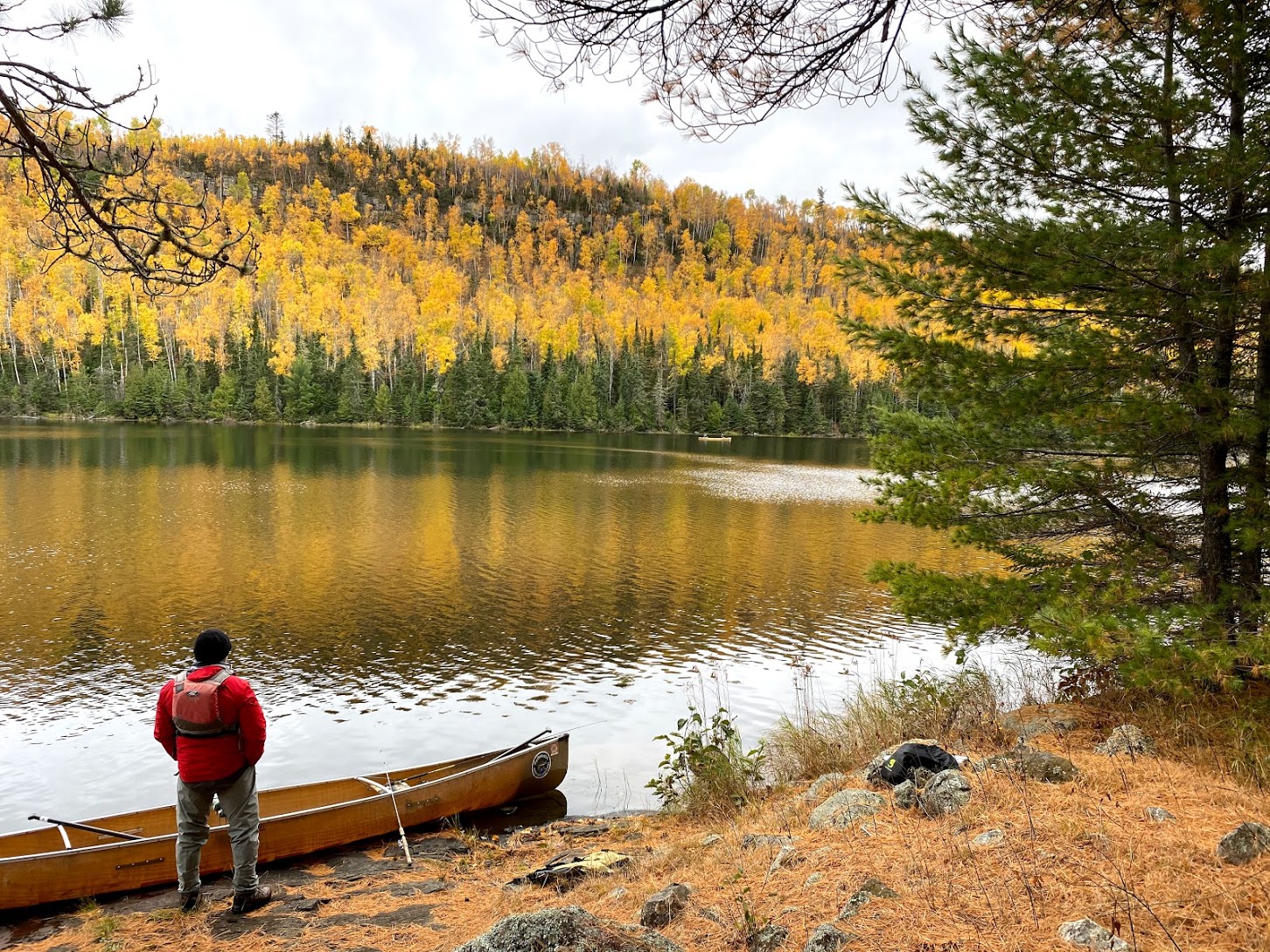