We'll learn as we go...
by Gichimon

Trip Type: Paddling Canoe
Entry Date: 06/18/2016
Entry Point: Brant Lake (EP 52)
Exit Point: Missing Link Lake (EP 51)
Number of Days: 5
Group Size: 2
Trip Introduction:
This was our first real BWCA trip with multiple portages, and they were hard, at least for us. We were hauling novice gear and a heavy Wenonah Spirit Tuf-Weave. My wife and I have spent many days in kayaks on Lake Superior, but this first real foray into canoe tripping would be a doozy. Though we were bruised, battered, weary, and sore, we fell so deeply in love with the canoe country during this trip that we spend most our free time there on long extended trips now. I wanted to tell the real story, about how hard it can be when you are daring to learn the ways of the canoe. Enjoy.
Discuss Trip: View Discussion Thread (17 messages)
Day 1 of 5

Saturday, June 18, 2016 - The longest day. Our journey to Minnesota began after work Friday night. We had a four hour drive from our home in Minocqua, Wisconsin and head to the Temperance River Campground in the Superior National Forest. The truck was loaded to the gills with gear, my wife, Krystal, me and our two dogs at the time, Gichi and McKeifer.
The journey to the campground went quickly with music blaring and windows down. When we arrived at the campground, it was nearing sunset. We quickly threw up the two Hennessey hammocks we had brought specifically for this one evening of car camping, grabbed a cold beer, and headed down to the river to watch the sunset. The Temperance did not disappoint under the purple glow of the dying light. 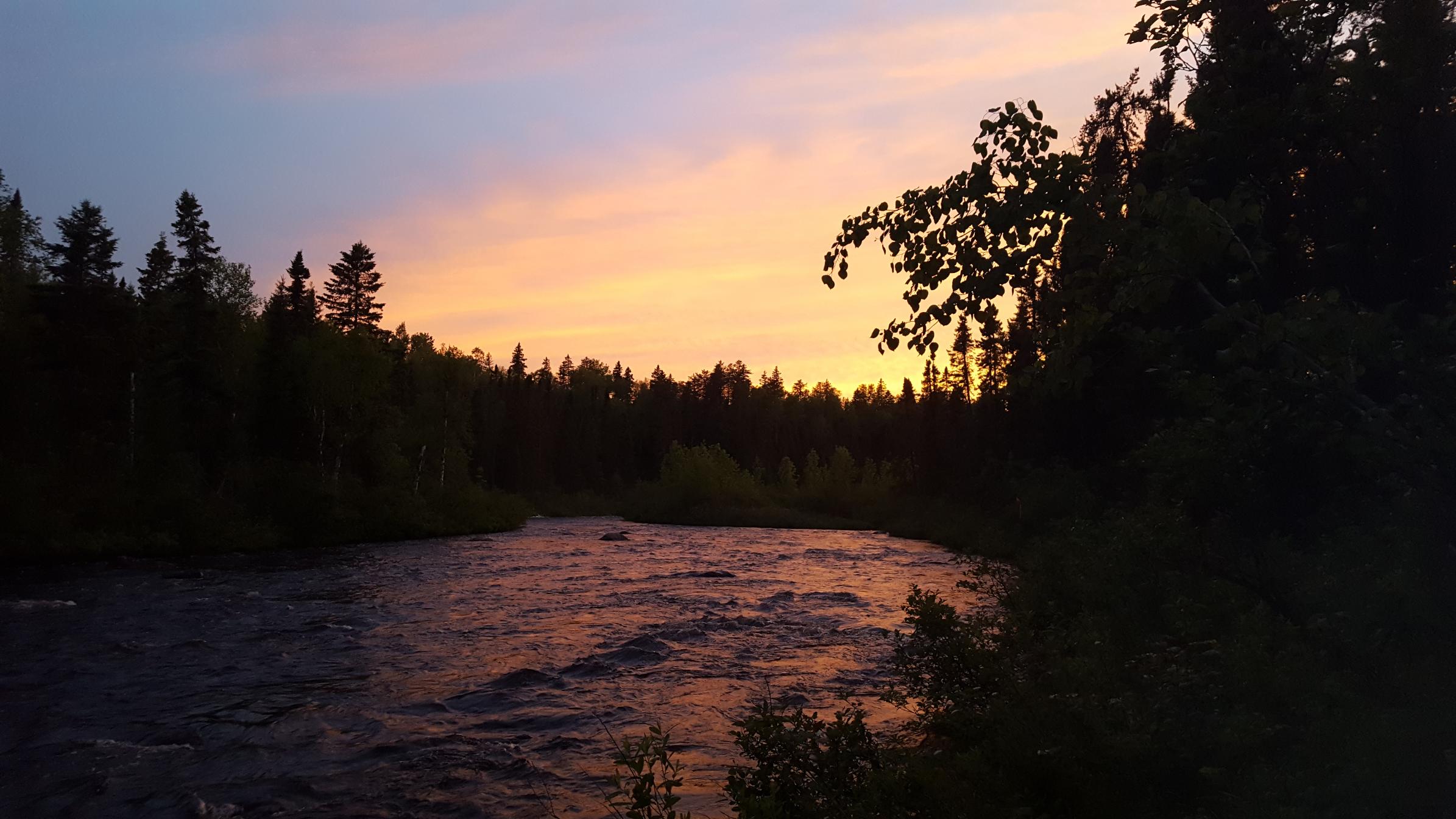 We woke early on Saturday to begin our drive up to Grand Marais, over and up the Gunflint to Round Lake. We woke early enough to grab a gorgeous breakfast at the South of the Border Café, and with full bellies, began the rest of the winding journey up the Gunflint. And for our virgin eyes as we had never drive up the Gunflint before, that view as you drive over the high point in the road by Gunflint Lake took our breath away.
When we arrived at the put in, like busy bees we scurried about, unloading and loading, and double checking everything. The heavy Wenonah Spirt was loaded with our two Astrel backpacks loaded with drybags full of gear, food for two humans and two dogs. One of the dogs was to wear a doggy backpack full of food. More on this later. We had no yoke on the boat, so the idea was to have both of us carry the boat while wearing the backpacks as we made our way over the portages. Yeah, never again! 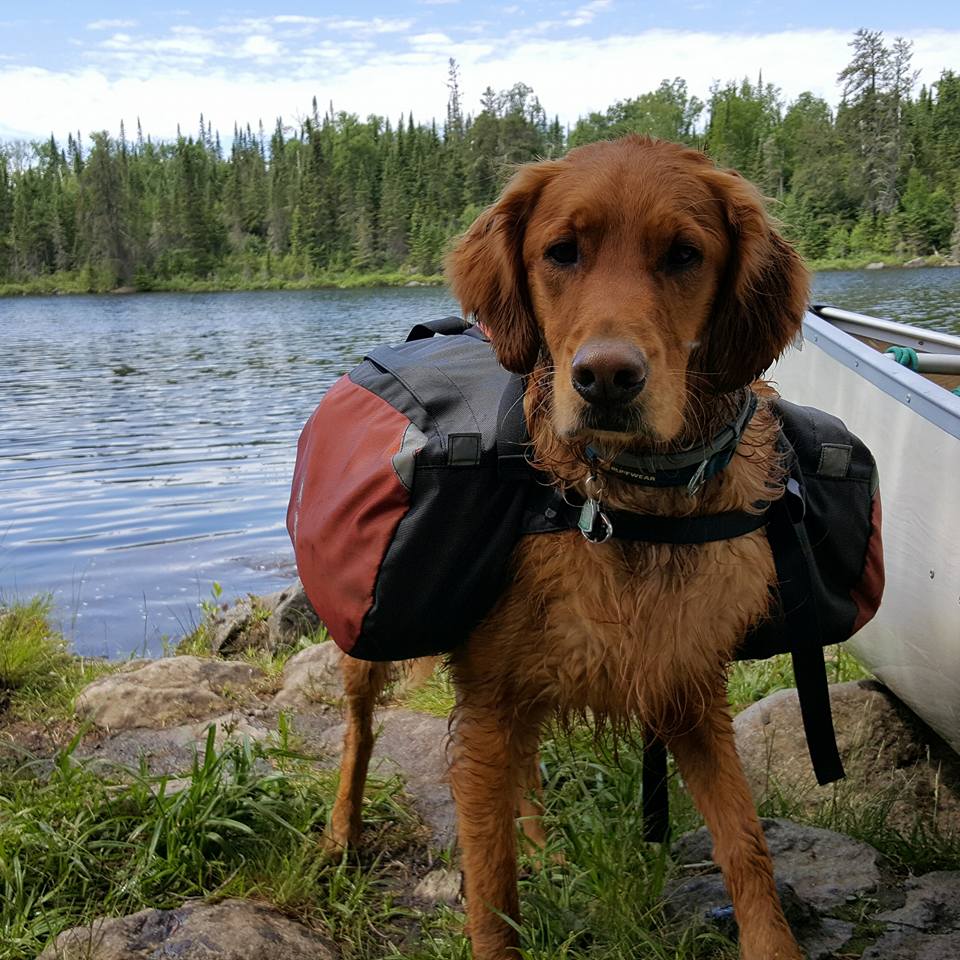 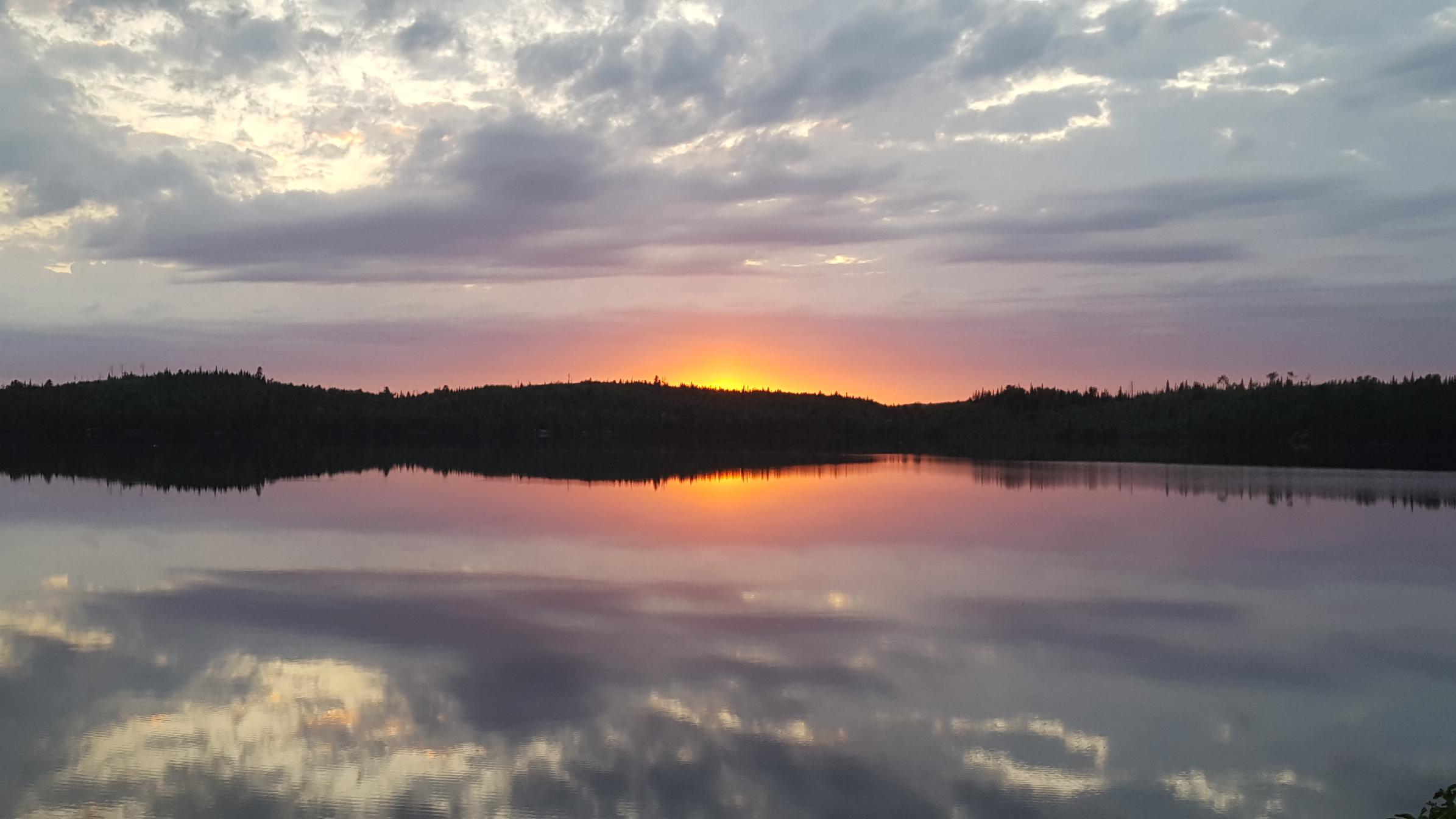 We eventually got camp set up, cooked some food, and hunkered down to watch the most gorgeous sunset. Our tent had been perched up on the cliff overlooking the lake, but upon hearing the future forecast for some dangerous weather the next night, we opted to move it in a clearing surrounded by saplings to avoid the windy, stormy weather headed our way. Weary as hell, we retired as the mosquitos descended from the tree tops. And despite our exhaustion, we both fell asleep with big smiles adorning our faces. What a day! 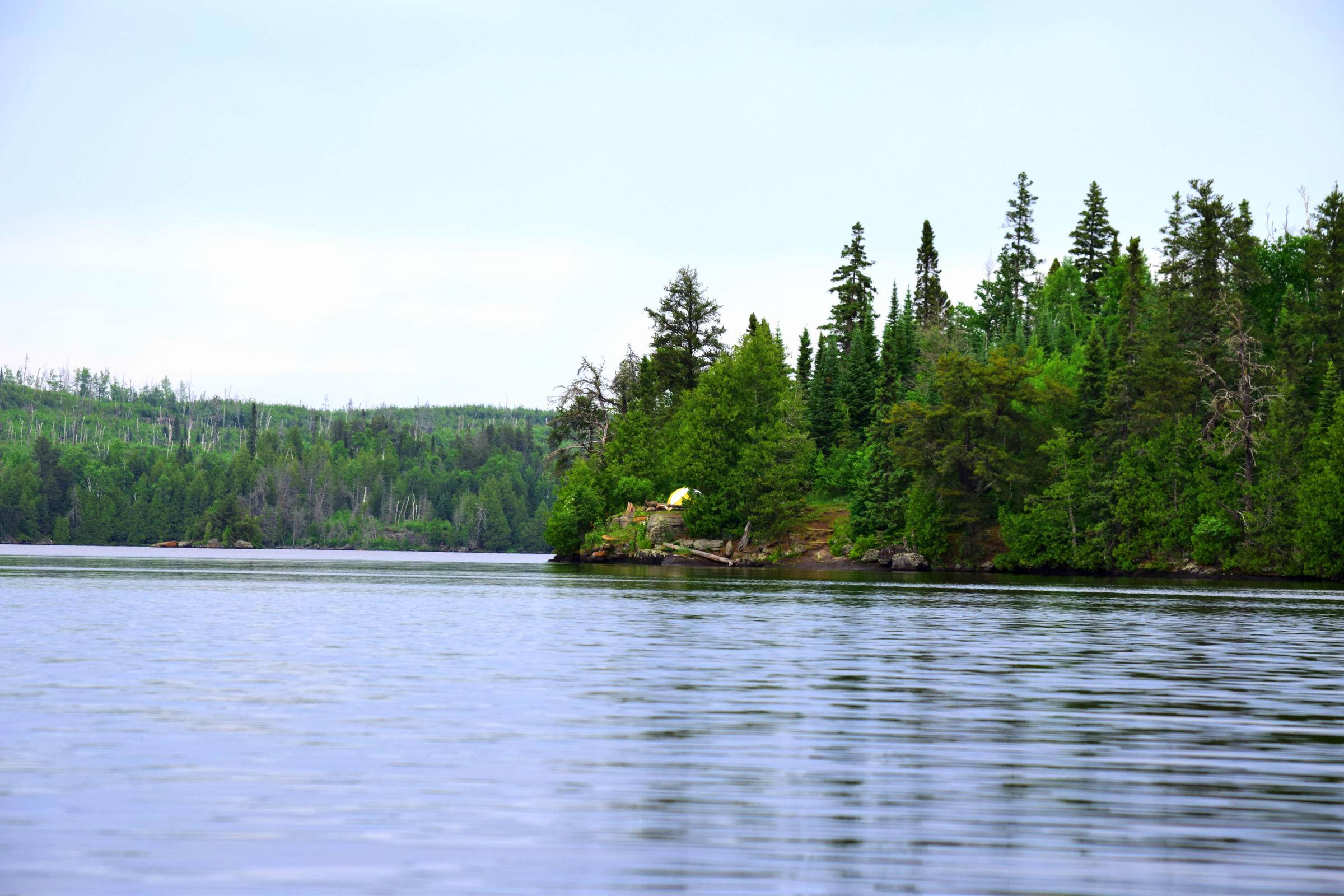