Gull Lake no Clear no Fire no Insula
by L.T.sully

Trip Type: Paddling Canoe
Entry Date: 07/23/2006
Entry & Exit Point: Lake One (EP 30)
Number of Days: 5
Group Size: 2
Trip Introduction:
This trip was planned for Gull lake. The day before leaving we found out about the fire. We had to make new plans. Going to Clear lake seemed good. It was likely filled with people from other ep's from the fire too though. We packed our gear thursday night. Oh yhea this was a trip of my father and me. We were disgrunted having to take 2 equiptment packs. Friday morning we leave at 10:00 est. Chicago traffic was bad but my dad was a chicagoan. He quickly got us off the jammed freeway. More traffic later in the trip. At 9:00 cst we arrived at our freinds in kettle river minnessotta. Saturday wake up eat, and drive to ely. Stopped at scubs bait and tackle to pick up fishing licences. Than went to the kawishawi lodge. After talking we dicided on going east. Now we need a map. Go back to ely stop at piragis to get a map. A mckenzie 118 dissapontment lake. In ely we shop for breakfast, and forgotten gear like paper towles. Back at our bunkhouse at the lodge happy dreams.
Day 1 of 5
Sunday, July 23, 2006

We wake up eat breakfast load our rented 18 foot Kevlar Souris River canoe. We set out at 6:00. Making good time thtough the numbered lakes. On the second portage to lake two we were still wondering Fire Lake or Insula. The people on the portage said due to smoke Insula was near deserted. (We never saw smoke on Insula) Our minds were made up Insula it was. On Lake three my compass needle went nuts. Due to we went in the wrong direction. That cost us a whole hour. On Three it starts to rain. By the time we reach the Insula portage It's raining on and off. On the portage with several other groups they are slipping and slidding. We have no problem. On Insula is begins to pour. We get to a nice site on the northern end with a southern exposure. We make camp. When we get water we realise our bag filter broke. Later it really starts coming down. In the tent I fall asleep. My dad wakes me up dinners cooking. And our propane stove broke, and we forgot the shovel. I begin to realise the site is trashed. Names written in the sand. Cigarette buts, and even a fishing lure. We find a good food bag tree and get some well deserved shut eye. 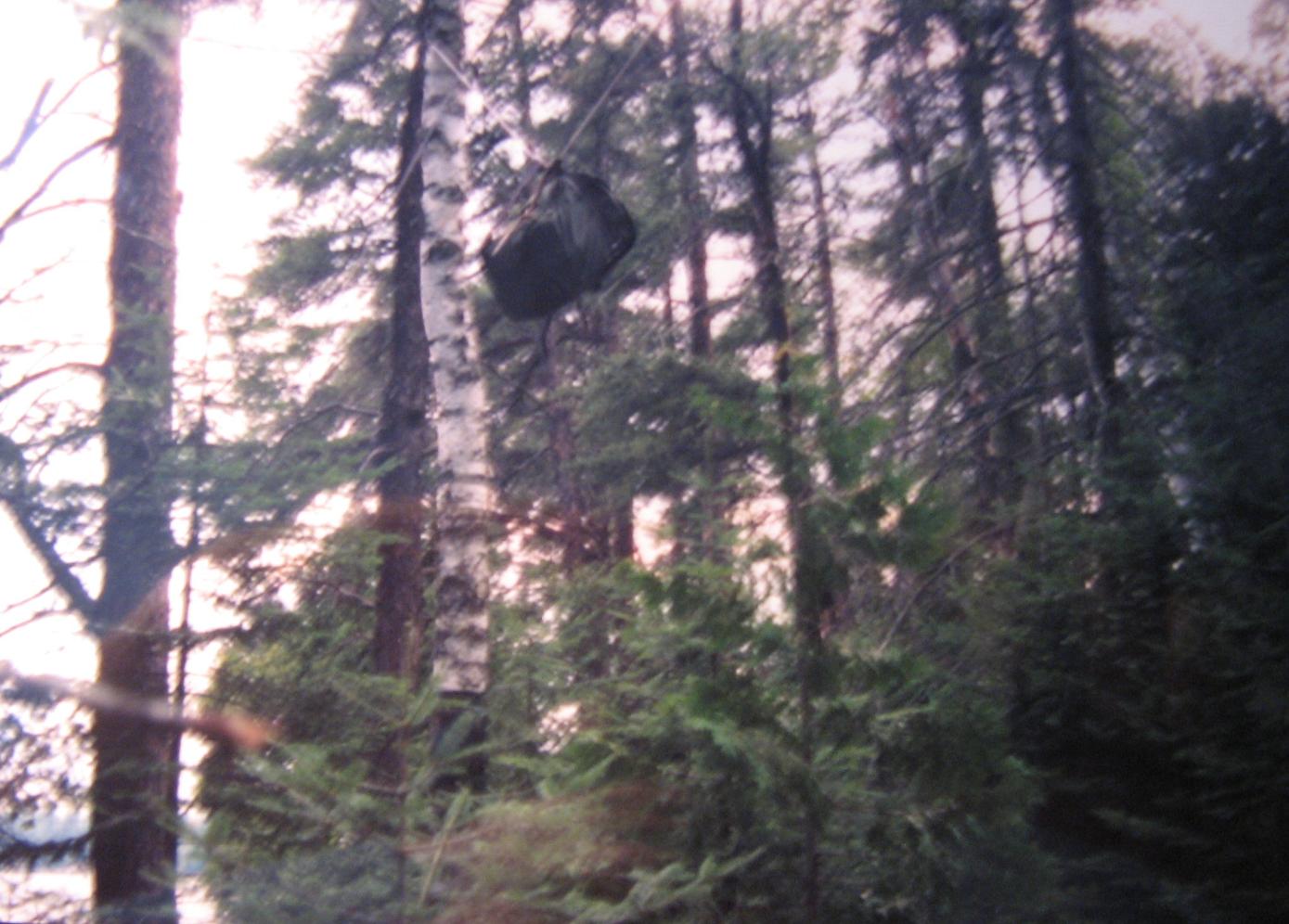 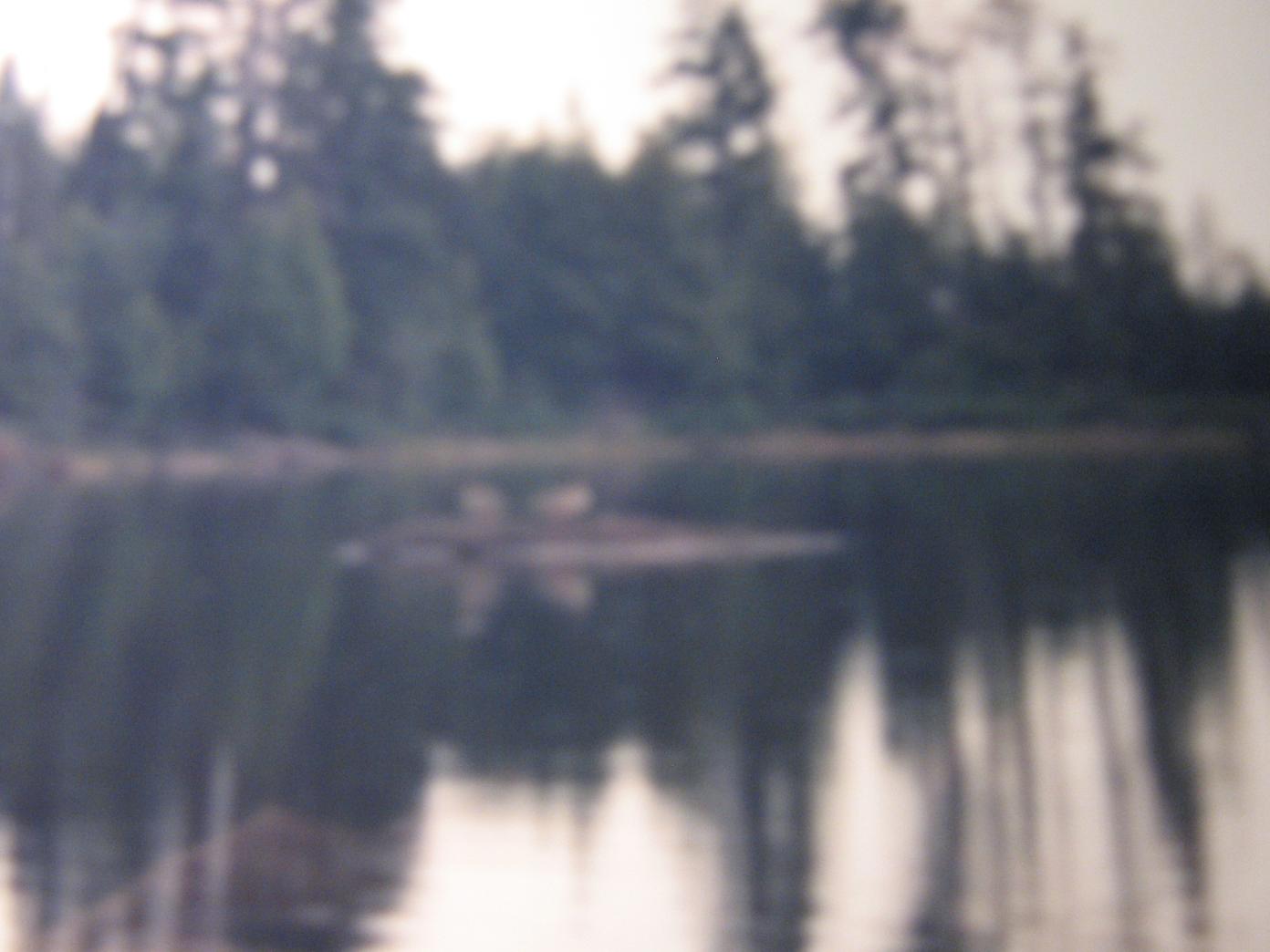