All Loused Up: solo loop out of Sawbill
by straighthairedcurly

Trip Type: Paddling Canoe
Entry Date: 06/29/2021
Entry Point: Sawbill Lake (EP 38)
Exit Point: Sawbill Lake (EP 38)
Number of Days: 7
Group Size: 1
Trip Introduction:
I was looking for a trip to get away from the craziness of this past year and have some time to myself. My job as a teacher required me to teach a level that I normally would never attempt. And my father passed away a year ago. With the insane schedule this year, I feel like I never had time to grieve. A huge thank you to cowdoc and others who gave me notes about this route. In addition, on this trip, I was testing out a lighter gear load to see if I could single portage safely in preparation for the Moose Lake Border Challenge later in the summer.
Discuss Trip: View Discussion Thread (23 messages)
Day 1 of 7
Tuesday, June 29, 2021

The original plan had been to drop off my son and his friend at Camp Menogyn on June 28th and then spend a night at my sister's cabin. However, camp switched the long trip campers to meeting in the Twin Cities and then going straight to Jay Cooke State Park for a couple days of whitewater training. So I dropped my son in town and took off for the Sawbill Campground around 4:30 pm the day before my entry permit. That meant I was ready to slip into the water early this morning. I left the Sawbill dock at 5:45 am. One other couple ahead of me...speaking of using bent shaft paddles incorrectly, one was, the other wasn't.

Beautiful still water this morning as I headed to the portage for Alton Lake. Last year, I tried single portaging, but didn't feel safe. This year, I worked hard to really trim down my gear weight. It helped that I invested in a used Wenonah Advantage which significantly cut down on my canoe weight. I also kept the base weight of my pack at about 23 lbs. and was more thoughtful about food which I kept under 11 lbs. for my planned 8 day trip. 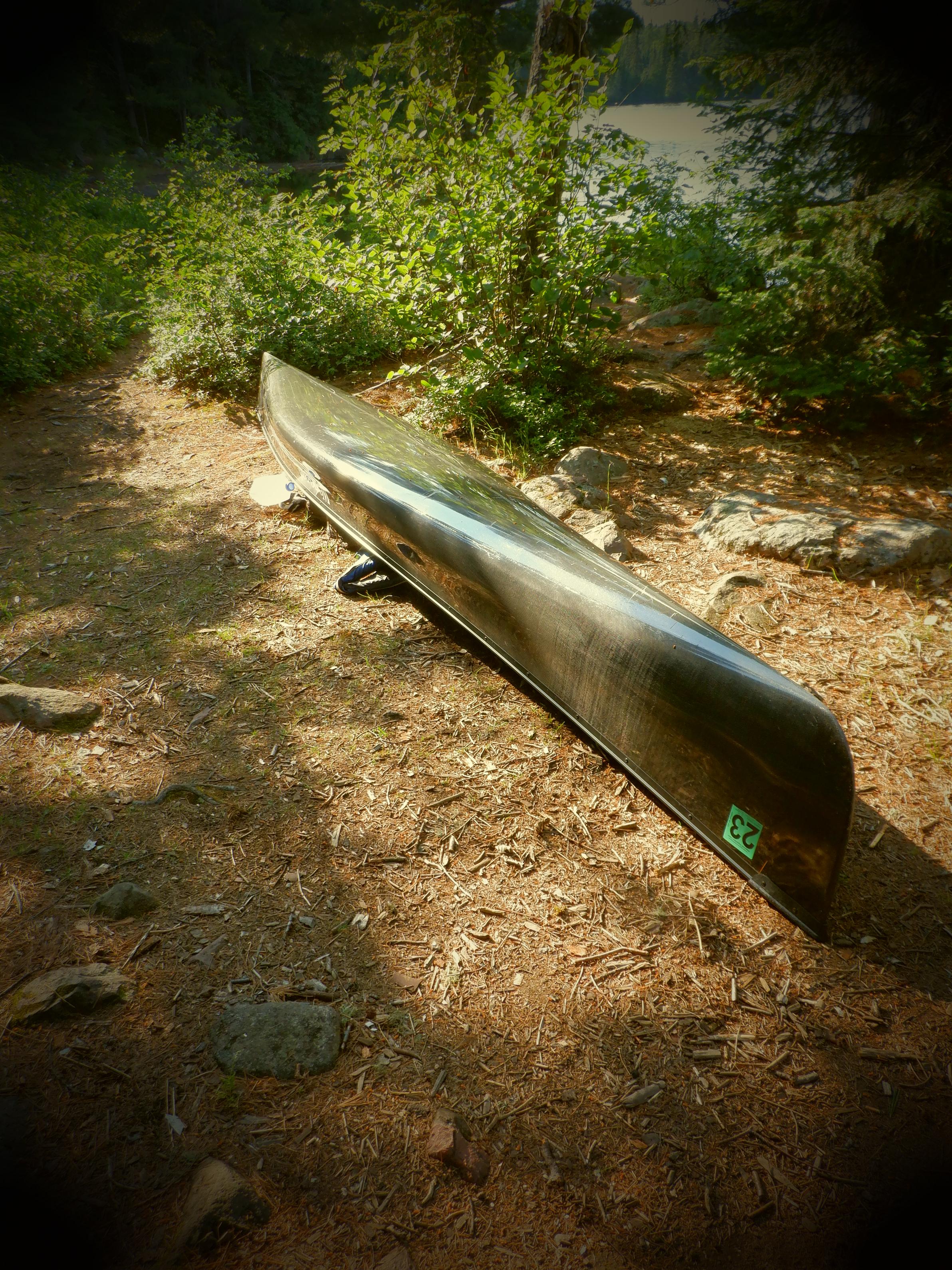 On the first portage, I decided to start trying single portaging since it was a short distance commitment. It was a cloudy day and plenty humid. The plants were all damp so I quickly soaked everything I was wearing as I walked through the brush. I liked my paddle set up for portages (using BDBs), but I didn't like how "futzy" it was to attach the daypack to the bigger pack. Alton Lake was very quiet early in the morning and not all the campsites were full on a Tuesday. I passed one occupied site and saw some rangers having their morning coffee...wait, did I see rangers?! Yep, first time in the last 10 trips. We exchanged waves and I paddled on.

I decided to double portage to Beth since it was a longer portage and I wasn't totally confident yet. But then I decided to single portage to Ella. I kept having weird interference with the pack and the sliding seat. When I set the canoe down at the end, I discovered I had put the yoke on too far back. Lesson: always double check yoke position before hefting the canoe up. 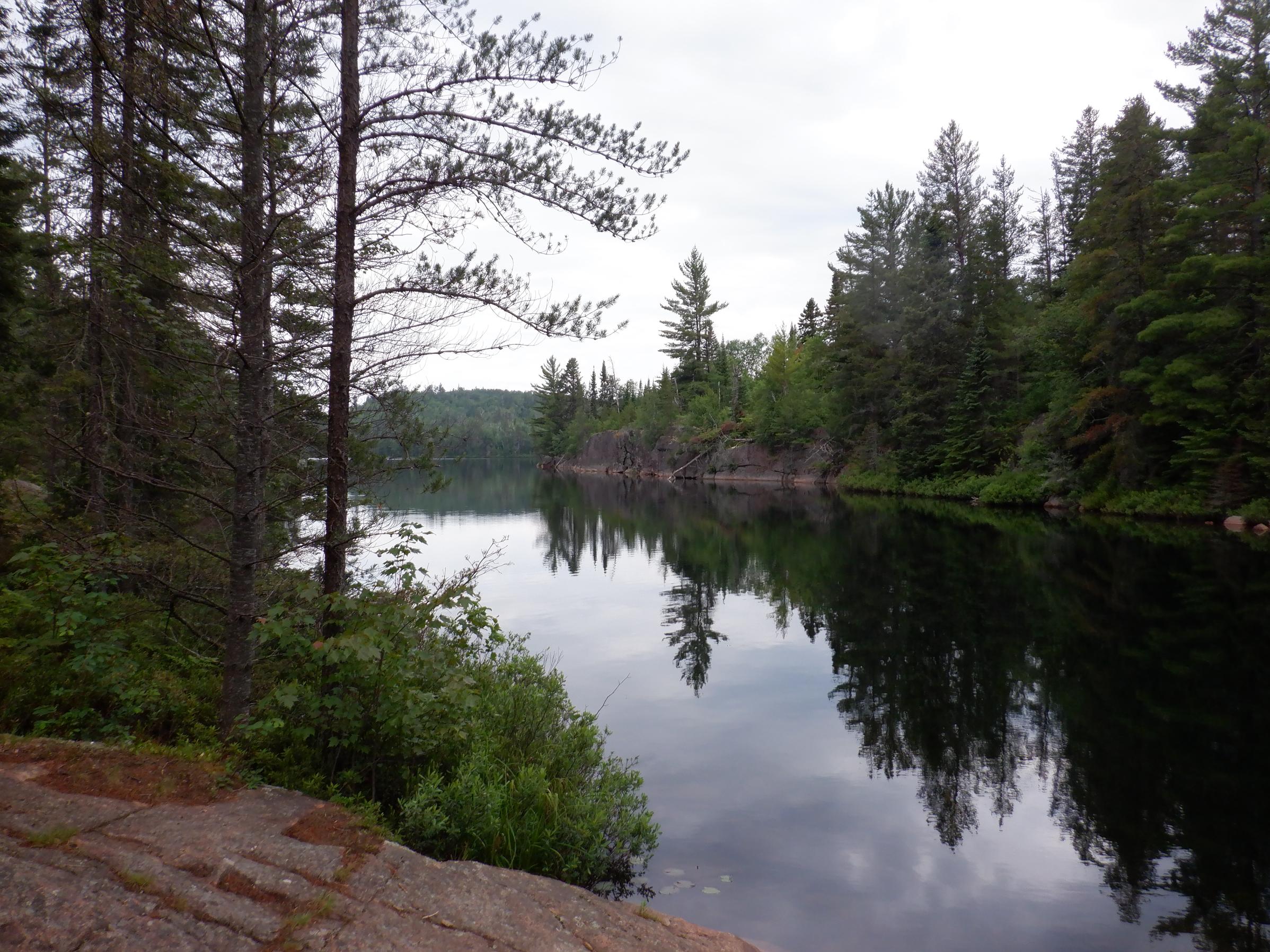 Ella was empty which I hear is common. It is a pretty little lake and my original plan had me staying there the first night. However, with my earlier than planned start, I was not ready to set up camp yet. So I paddled around and then headed for the portage to Grace. I double portaged and was glad I did. The footing was terrible. The portage seemed like it just followed an old stream bed...rocks, rocks, and more rocks. The Grace landing was especially bad with nowhere to load the canoe and then I had to walk the boat through a slimy, partially submerged rock garden before there was finally enough water to paddle. I had a few choice words unsuitable for young children to hear. 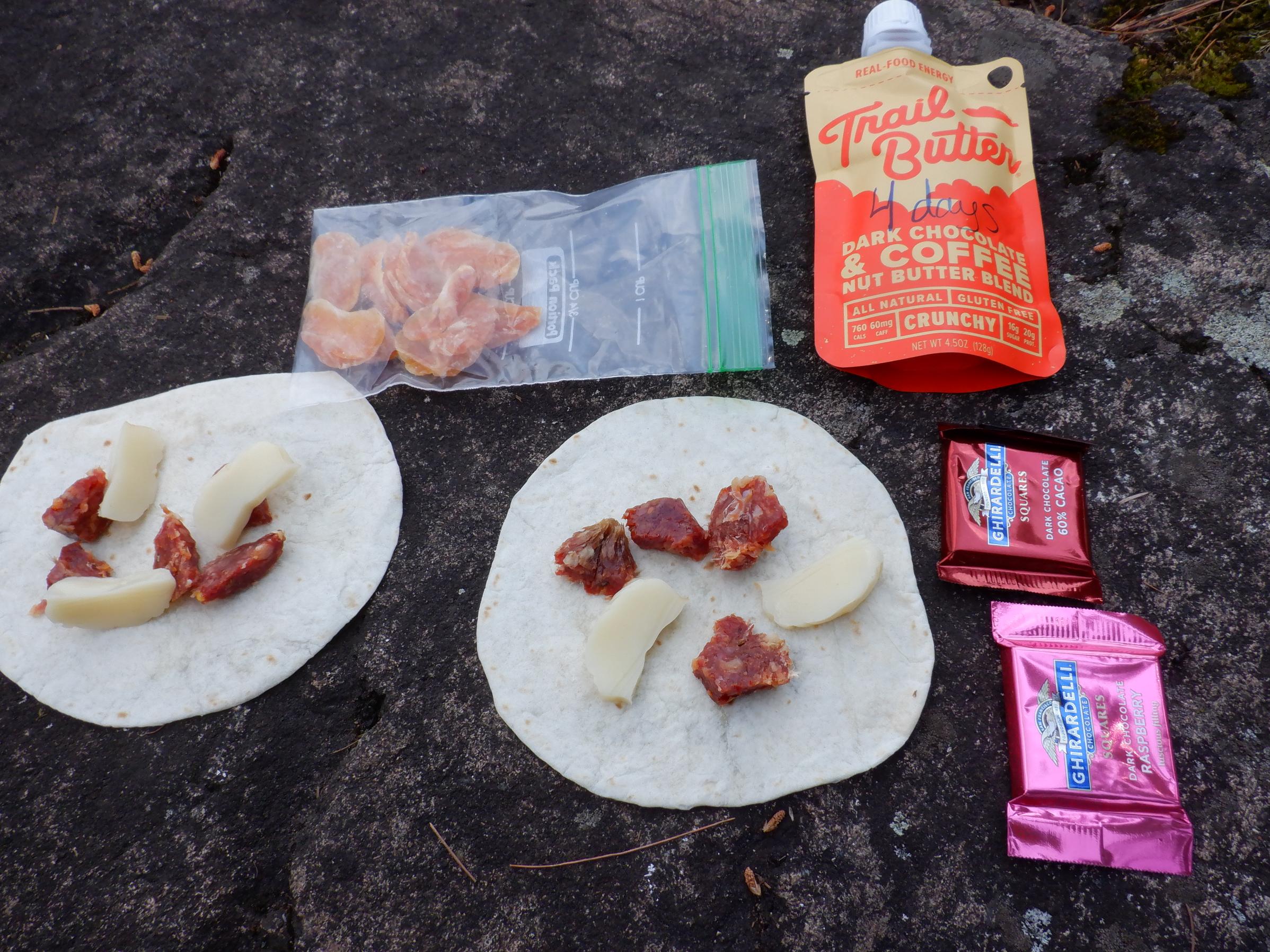 I was considering heading to Phoebe, but some storms were brewing so I camped at site #830 on Grace. It was a good call. I set up the tent, cleaned/rinsed my feet and ate lunch. As I laid back on the rock slab to nap, it started to sprinkle. I quickly finished setting up camp and read/napped in the tent. Thunder and lightning and intermittent showers made for a lazy afternoon for me. Lots of time to stare at clouds, listen to the birds, and daydream. Such a great change of pace.