Trip Type: Paddling Canoe
Entry Date: 06/23/2021
Entry Point: Hog Creek (EP 36)
Exit Point: Kawishiwi Lake (EP 37)
Number of Days: 10
Group Size: 1
Trip Introduction:
I was in the mood for a more challenging trip, and that is what I got. My loop took me down the Perent and Isabella Rivers to Bald Eagle, then up through Gabbro and the South Kawishiwi River to the Number Lakes, then east through Insula and Alice, the south through Malberg, Polly, and back to Kawishiwi Lake, then a short walk back to my car at Hog Creek. Total trip milage was 85 miles done in 10 days, with 51 portages or so totaling 2,083 rods, or 6.5 miles per carry.
Discuss Trip: View Discussion Thread (13 messages)
Day 1 of 10
Wednesday, June 23, 2021

Woke up in Minneapolis and hit the road with my young Labrador Rainy. She’s only 2 ½, but this would be her 7th and most challenging trip. We got to the Hog Creek entry point parking lot and began unpacking about 12:30pm. I was a bit worried about this trip because while much of it would be in remote areas, it would also pass through a number of popular entry lakes where I was concerned about crowds. I was also concerned by the large number of horse and deer flies which started harassing us as we unloaded. Thankfully, while there were horse and deer flies throughout the trip to deal with, they were probably worse in the parking lot than anywhere else.

We loaded up the boat and paddled 150 yards to our first and only portage of the day, then wound our way slowly through the numerous twists and turns of Hog Creek. Just past the last beaver dam we passed a group of women heading out who informed me that they had just left the second site on the right side. They also warned me that the wind on the open lake was kicking up some pretty good waves. About a half hour later I entered the lake and headed toward their campsite. The winds were from the west and the waves were formidable. Unfortunately their site was already taken so I kept going, winding through the islands on the east side looking for an opening. At one point while exposed to the open lake, waves were coming from two directions, and were large enough that I shipped some water over the gunwale. Happily I found a site on the northeast side open and gladly took it, even though there was an occupied site just across the water on a small island.

I pitched my tent and tarp, but left my bug net packed since no bugs seemed to be bothering us. I boiled two cups of water and poured them in a pouch and waited for my dinner to reanimate. I gladly went to bed about 8pm, with the sun still up and my close neighbors having fun around their campfire. In my tent I laughed at my rainfly which looked like it had been kissed by a moose. Guess that’s what happens when you leave a fuchsia Post-it note in the tent bag and put the tarp away wet. Thankfully, this was the only day where I encountered steady winds of anything more than 5 mph. 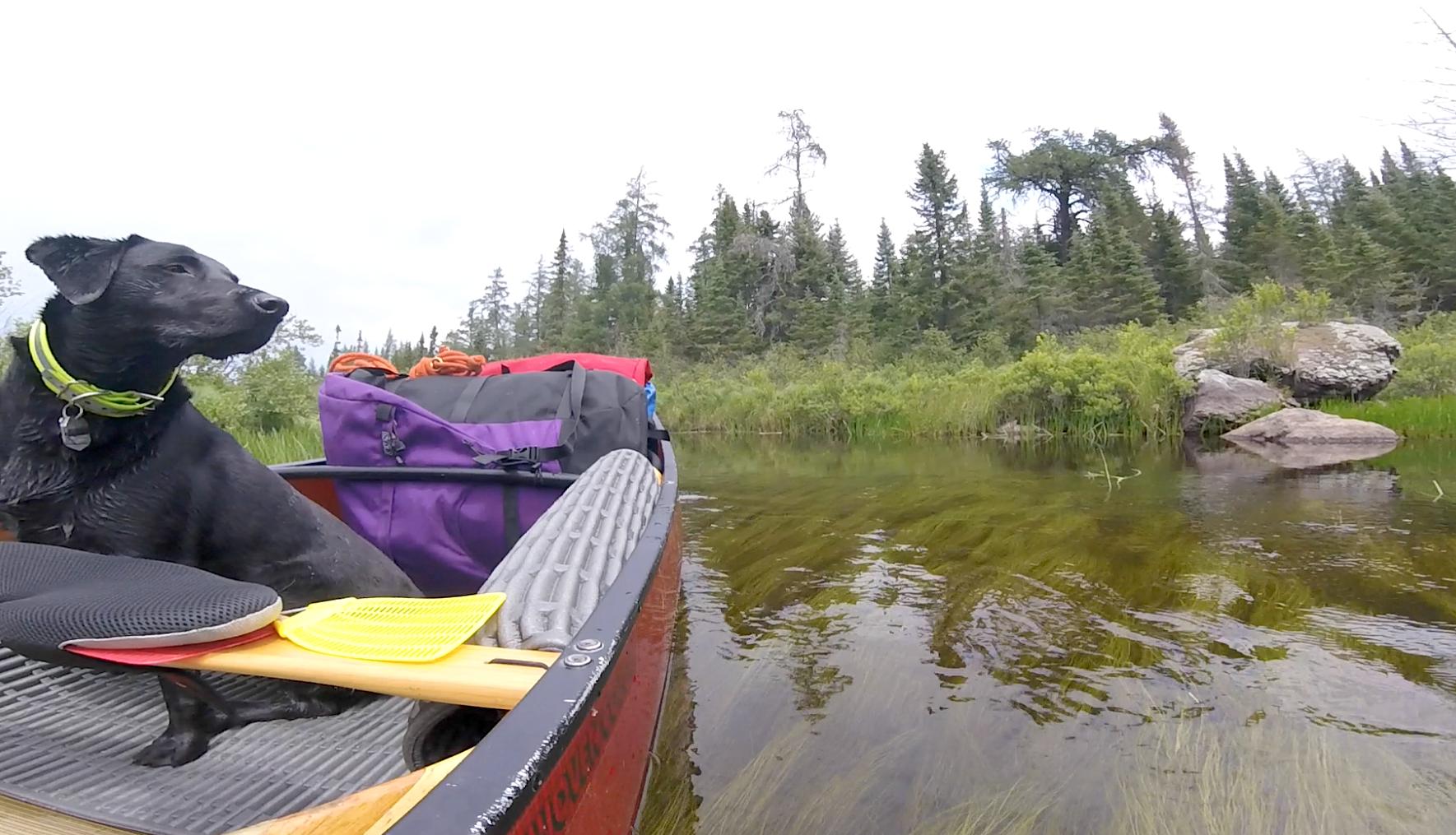 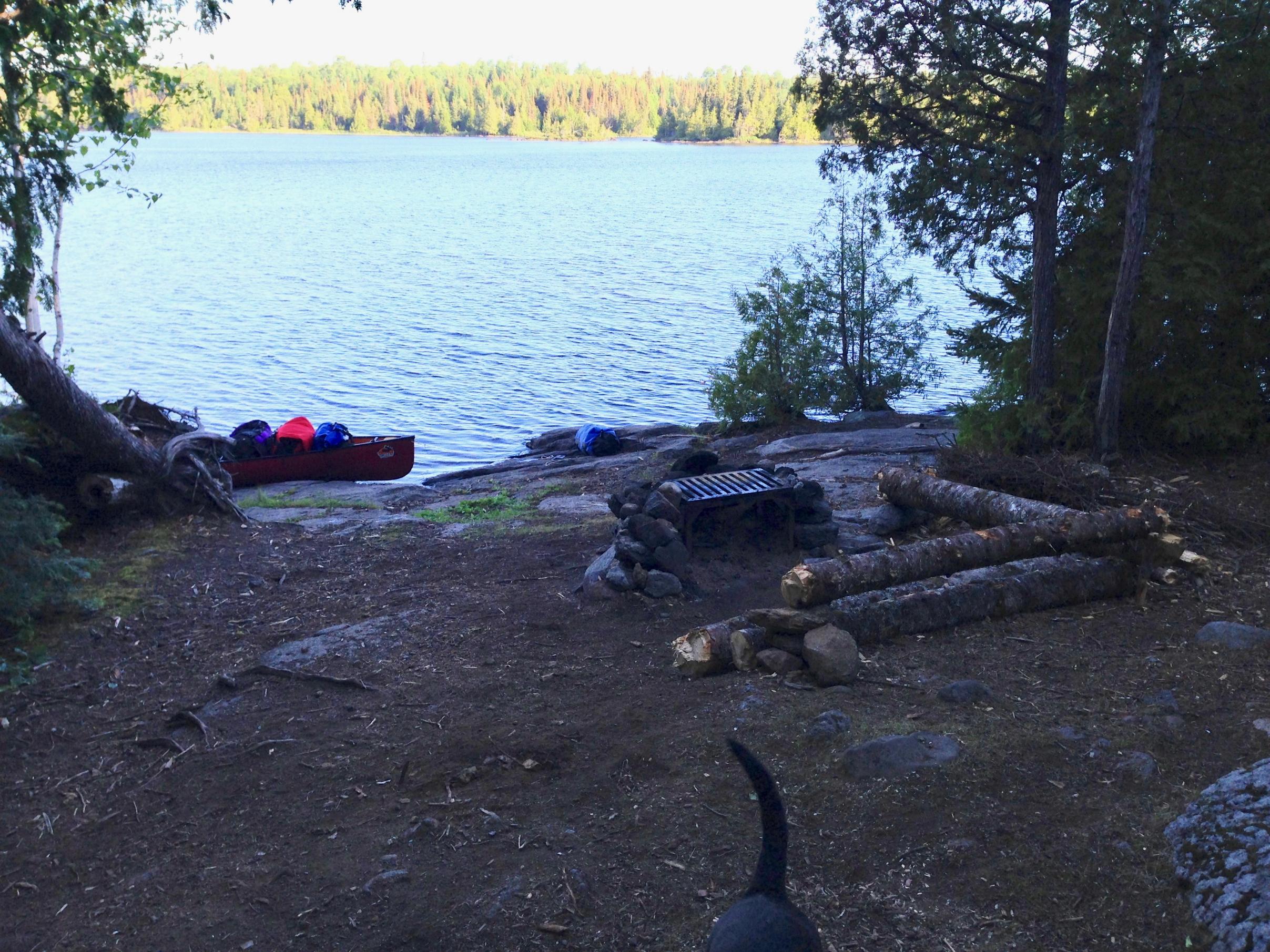 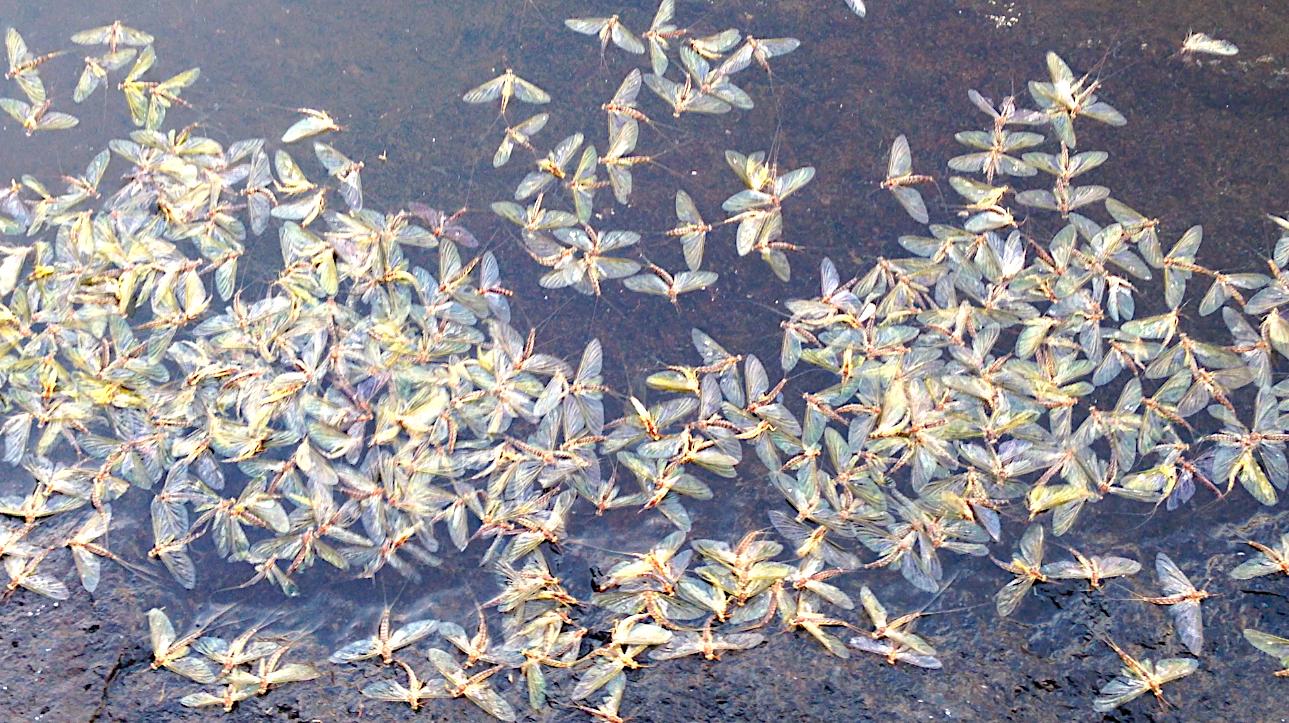 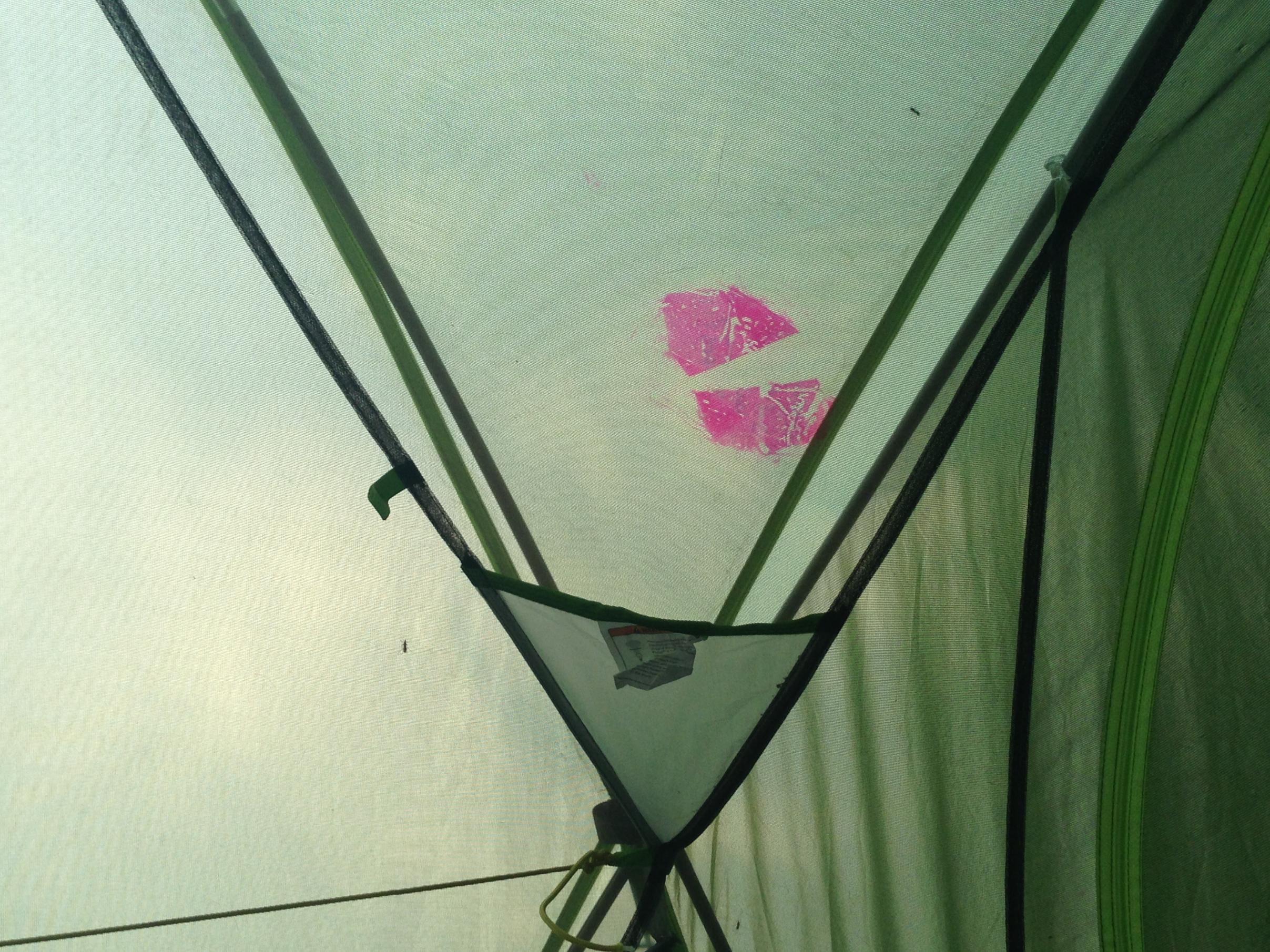