Trip Type: Paddling Canoe
Entry Date: 06/15/2021
Entry Point: Sawbill Lake (EP 38)
Exit Point: Sawbill Lake (EP 38)
Number of Days: 4
Group Size: 4
Trip Introduction:
This was a break-in trip for my son, husband, and me in order to get in shape for longer, harder trips later in the summer. My son's girlfriend also came along and this trip was a step up in difficulty from her intro trip last summer, but she was game for it.
Discuss Trip: View Discussion Thread (8 messages)
Day 1 of 4
Tuesday, June 15, 2021

We camped at the Sawbill Campground last night so we could get a sort of speedy start this morning. By the time we had dropped our gear at the landing, deposited the car in the public parking lot, and made a stop at the little store to get some extra batteries, it was 9am and apparently the prime time for launching. The landing was busy, busy with people arriving and leaving. We left after 2 other groups, but passed them halfway up the lake. Since my husband and I paddle a bit faster than my son and girlfriend, Stew started trolling. Bam! Caught a very cute walleye that would have been the perfect size for Stew's dinner (the rest of us don't eat fish much). However, we were going all the way to Cherokee, so he let it go on its merry way. As we turned east near the north end of Sawbill, we passed a 3rd group. We singled portaged the first flat/easy portage so we never saw any of the other groups again. The 2nd portage was longer than 76 rods because we had to get out at a low water landing. The portage followed the right side of the creek for about 30 rods before cutting across land.

Since enough of us had growling stomachs, we had a floating lunch. Stew whined, but there was no good shore lunch spot and we knew too many people were behind us for us to eat at a portage landing.

The next portage was a bit challenging to find because we thought it should be right before the little creek. Turns out you have to paddle along the winding creek . There were multiple spots you could get out and start portaging along the rocky, muddy creek shore. But it was also possible to wade through the creek for quite a long way, which significantly shortened the portage. 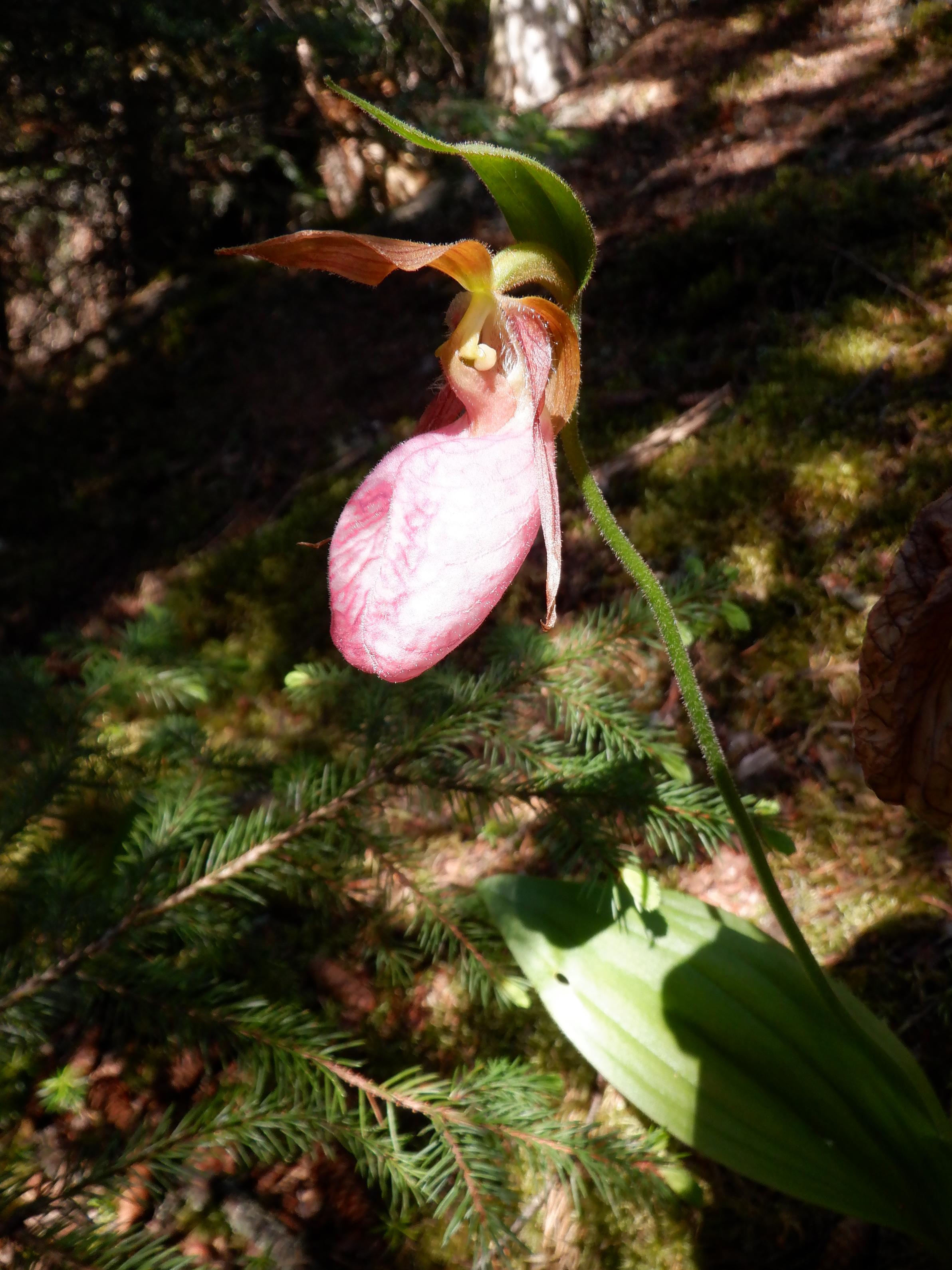 
We stopped at the end of the portage to patch Joey and Morgan's paddling blisters. I resisted saying "I told you so" regarding all the days they had chosen to not go paddling before the trip.

The last portage of the day was 180 rods and listed as an L7. We felt it was much easier than that due to good footing and nice boardwalks over marshy areas. Morgan hit her physical limit and only carried the pack halfway, but her spirits remained high. This was planned to be a more physical trip than she had taken before.

The paddle through Cherokee Creek was delightful. We saw 2 peregrine falcons and a beaver as well as listened to a pileated woodpecker. Joey likes to pick out the campsites and has a good instinct. We took site 899 on the east shore point soon after we exited the creek. It had good swimming and a nice tent site up the slope a bit. Terrible bear rope trees, but that would be a theme for the whole trip. 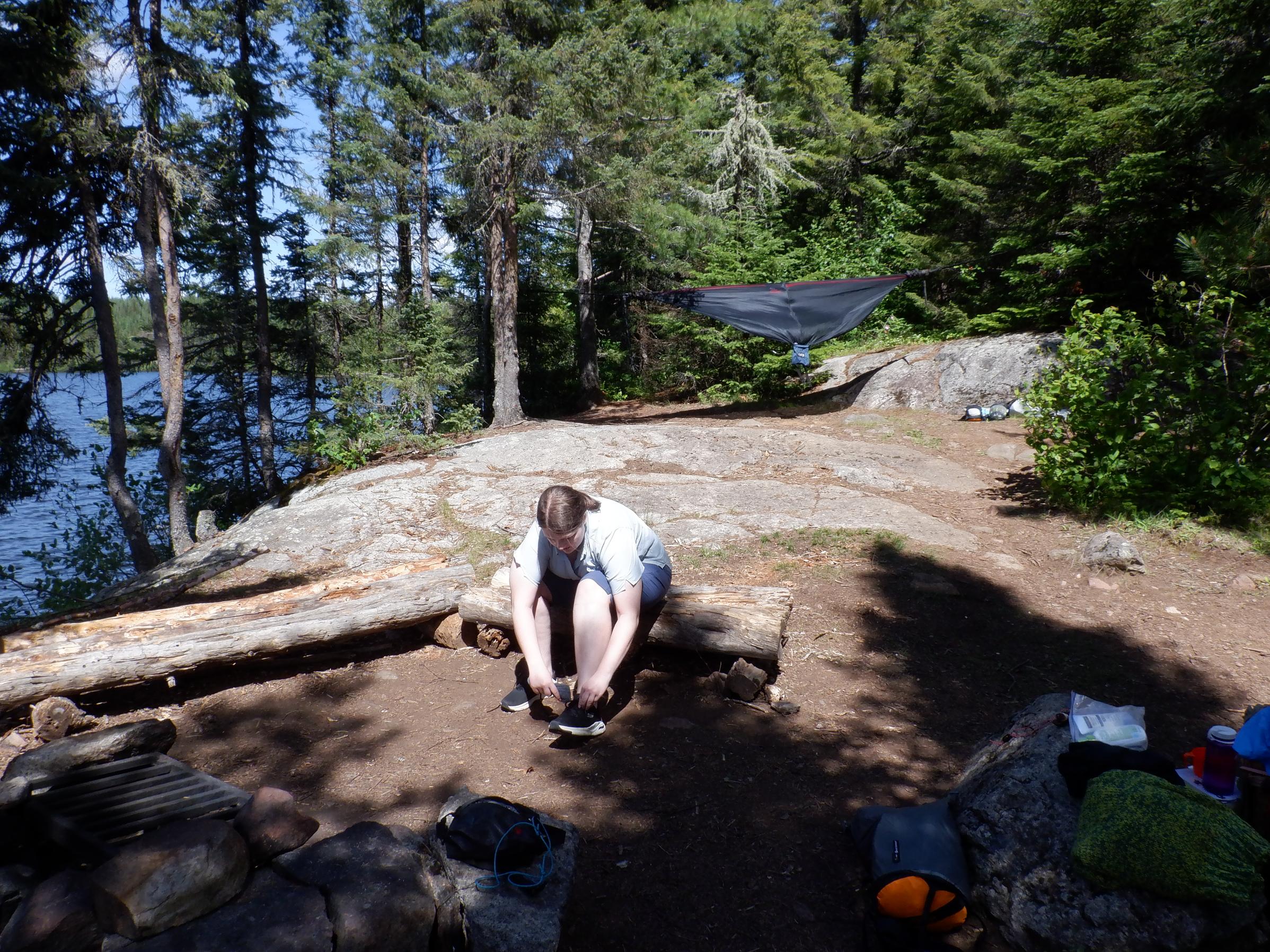 We got to the site around 1:45 and had a relaxing afternoon after setting up camp including a bit of fishing. We devoured chicken noodle soup with dumplings for dinner. As we settled on the great rocky point to eat our key lime cookies for dessert, Stew spotted a rock moving on the rocky point parallel to us. Then he realized it was a HUGE snapping turtle. It lumbered over the rocky point and started down the steep rock face toward the water. We were sure it would slip or tumble at some point. But it was as sure-footed as a mountain goat. It slid into the water silently and without even a ripple! A few minutes later, its head popped up under a cedar tree hanging over the water right by where we were sitting. Where is the camera when you need one?! We got to watch it "walking" the lake bottom across in front of us. It would come up for air every 20 feet or so, pause, then continue. It appeared to be hunting. It went out to the end of the point, then turned and swam back across the bay continuing to pop up for air. The turtle exited the water in the same location it had entered and climbed the steep rock face. It stopped to sun periodically in the low sun. It clambered over the top, then did an about face, came back over, and went down an even steeper face to slip silently into the lake again. Little did we know that this would just be the beginning of our turtle encounters this trip.

Path of the turtle

As Joey and Morgan went down to the water to gather their dried trail clothes, Joey disturbed a big spider. It scurried toward the water and Joey thought it was going to walk on the surface, but instead it dove! It had a pocket of air around its head and sat on the bottom just a foot or so off shore. 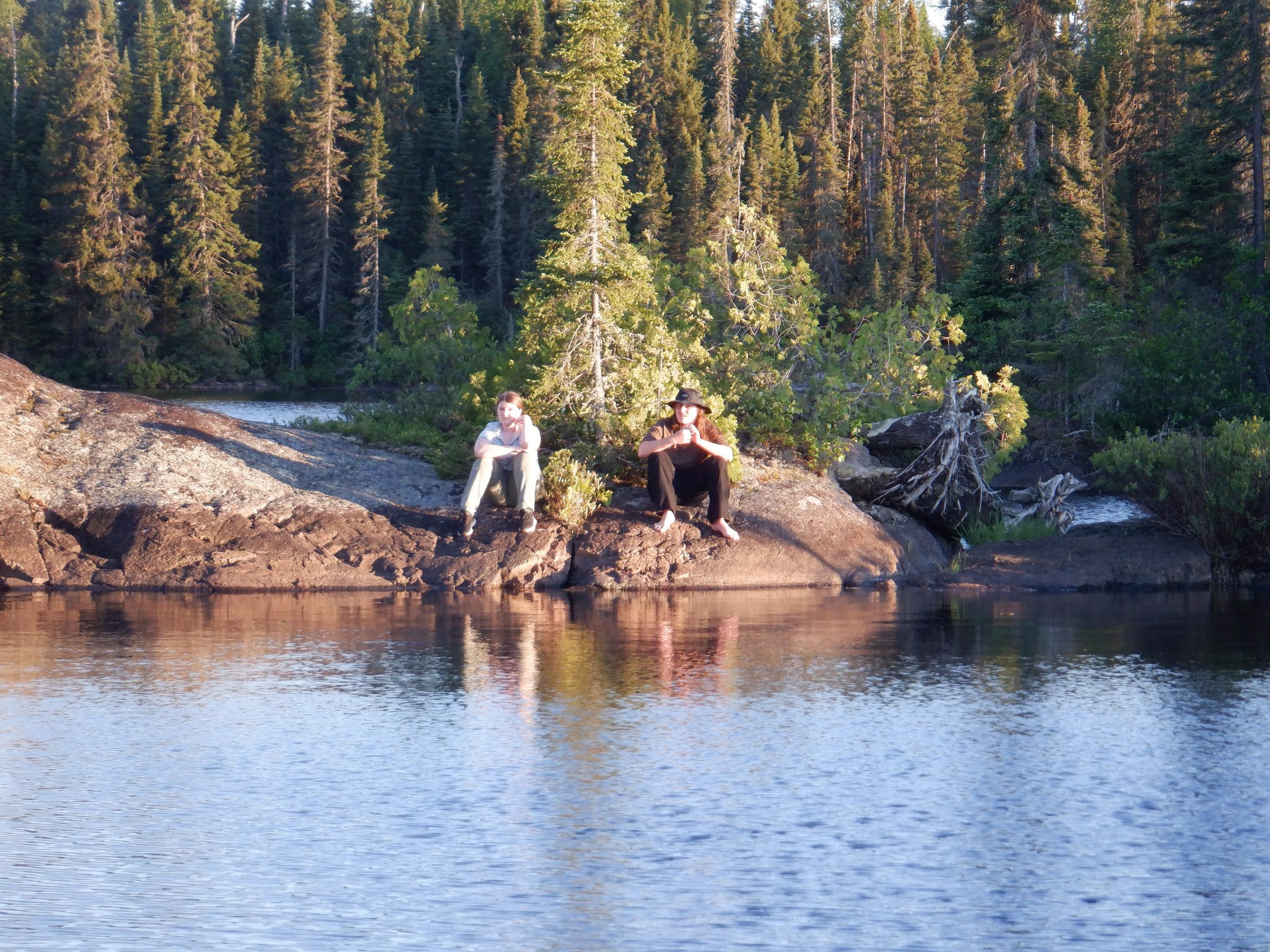 This was a beautiful weather day with light winds and sunny skies.