Ensign to Thomas and back
by Freeleo1

Trip Type: Paddling Canoe
Entry Date: 06/29/2021
Entry & Exit Point: Moose Lake (EP 25)
Number of Days: 9
Group Size: 2
Discuss Trip: View Discussion Thread (7 messages)
Day 3 of 9
Thursday, July 01, 2021 Up at 6am. Had cereal with Nido milk, coffee/tea. The scouts that had camped on Alworth came back through. One man worked very hard to climb up the hill into our site with a big pack on. He didn't realize the trail went the other way and was much easier. He said they liked the site on Alworth and they were headed to Eddy Falls if possible. I'd think they would stop on Kekekabic as it is a destination lake, but the scouts really run through. We packed up and headed out to portage to Hatchet. I had read the portage was hard to see and basically a hole in the rock. It was close to the campsite on the east side of Ima. We paddled to midway between the 2 visible campsites and worked along the shore. It is a really tight landing. We got through ok, once on the trail it isn't bad, but the start is very rocky and uphill.
Started up the river to Thomas. It is very pretty narrow waterway filled with waterlilies. There are 3 potential portages to Thomas pond. The first is a pullover that we portaged over. The older Fisher map I had made it look like the 3rd portage was to the left of end of the previous portage and Dan's new map made it look like 1 trail. We went left and went over what looked like a beaver dam and a small drop. We couldn't find the portage but felt committed at this point. we started down the stream and found it too narrow, so we took out the big packs put them on rocks on the side and double carried down the stream. We got everything through and took off. I didn't think it looked big enough to be Thomas pond, but Dan said what else can it be? Huh. We passed a canoe going the other way with 2 adults, 2 small children and 2 large dogs. Canoes are amazing watercraft. We got to what looked like a pullover. Dan got out and said it was just a beat down area, like people had stopped there a lot, so we paddled through. I probably would have recognized it since I scouted it the 1st time when we carried over it, but didn't get out this time. We kept paddling and got to a lake. I argued it didn't look right but Dan said it should open up ahead. We paddled to the end, still thinking it could be Thomas. I told Dan we were heading north it shouldn't look like this. We finally stopped on the shore and got out the InReach and the phone and it placed us on Hatchet Lake. I should add it was sunny and about 85 degrees, in other words, hot. We still didn't want to believe it, but it was the only place we could be. Dan thought the InReach was wrong until I said " look you can see the blade of the hatchet right there".
We pulled out the sliced homemade BBQ brisket and made sandwiches before taking off again. I don't care for steaks, but sliced brisket was well worth the weight. (We vaccum sealed enough for 2 sandwiches and kept it frozen with the sausages, butter and 2 frozen water bottles in the small insulated lunch pack to eat on 2nd day.) You would think we would have noticed we had been heading upstream and shouldn't have taken the stream downstream, but we claim fatigue and stupidity and unwillingness to recognize we could be lost. Bad traits in the wilderness, but at least we got back on track. We went back thru the last portage we had done and went to the right. Upstream this time. It didn't feel like the right way, but we found the correct portage a little way along and got to Thomas pond and through the next pullover. There's a pretty waterfall there and the Kekekabic trail crosses it at right angles.
We had planned to got to Kiana to get off the bigger more crowded lake, but we were beat and it was late. We passed several taken campsites and could see the island site was taken. We stopped on the 1st open site we came to. I thought it might be a little too closed in. We checked the next site along, and decided the 1st one looked a lot better and the next one was taken also. Went back and claimed the site about 4:30 pm. We set up camp and rehydrated the dried beef and spaghetti sauce. Cooked spaghetti. Had with toast and salad. Tea. Not bad for such a long day. The next to last picture is the Kekakabic Trail crossing the stream.
Alworth 5 R Ima 28 R Hatchet lake, Hatchet river 5 R, 20R, 20R downstream,Hatchet lake, 20R again. 24R Thomas pond. 7R Thomas. I think, the maps are not very clear in this area. Paddle planner makes it look like a continuous trail. Fisher map is unmarked for lengths. 8.2 miles total. 6.5 miles paddling, 1.7 miles portaging. 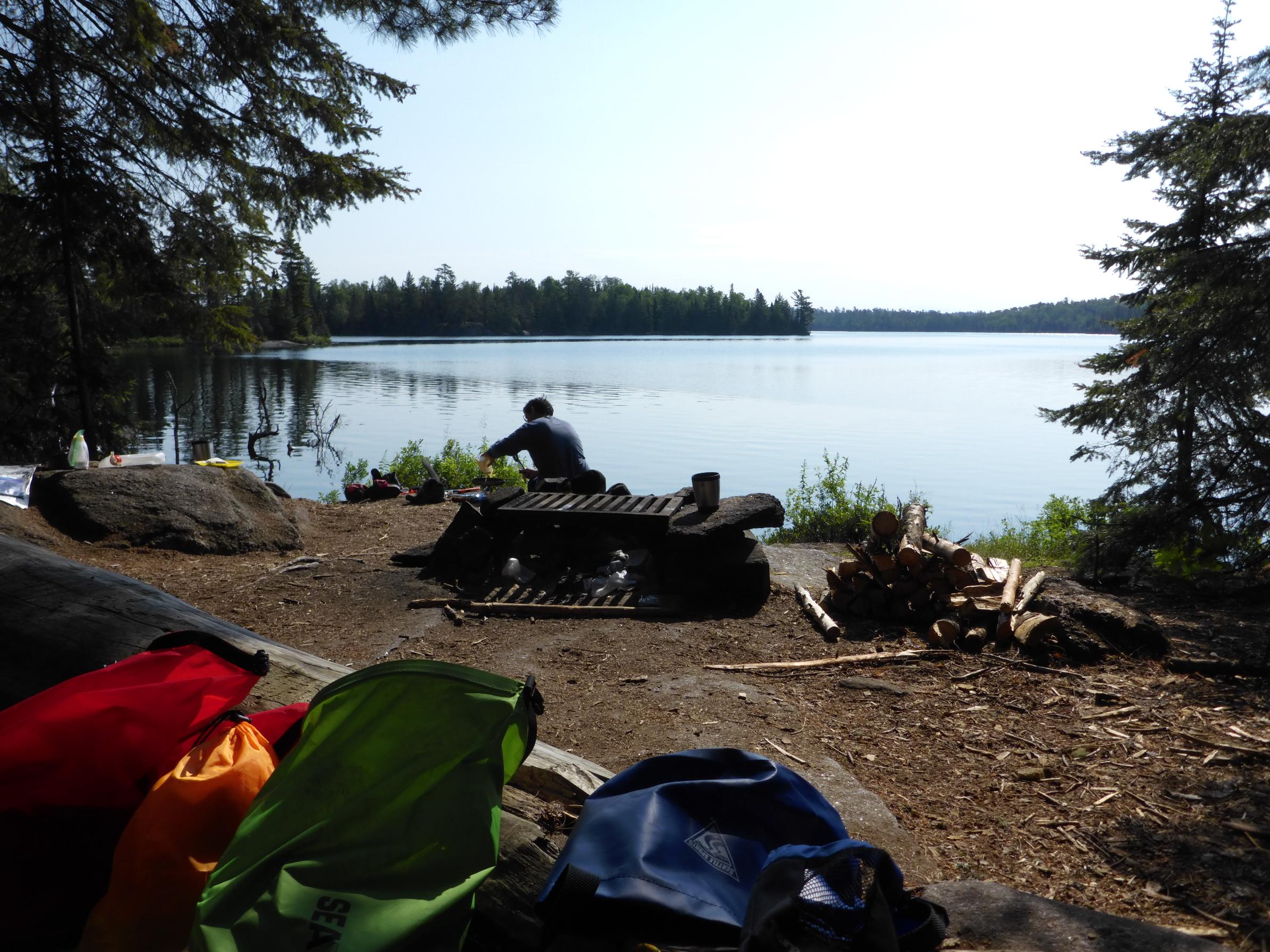 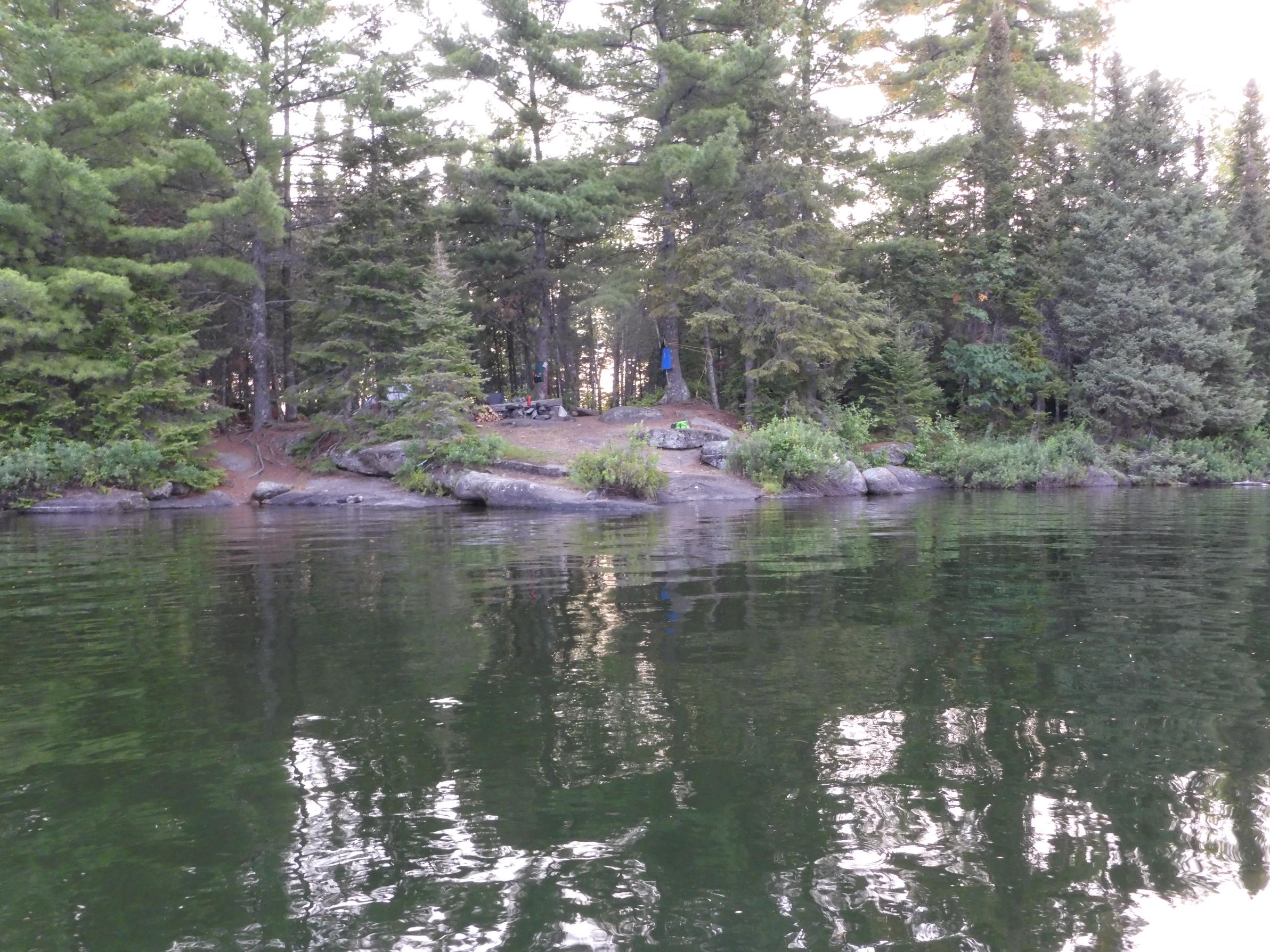 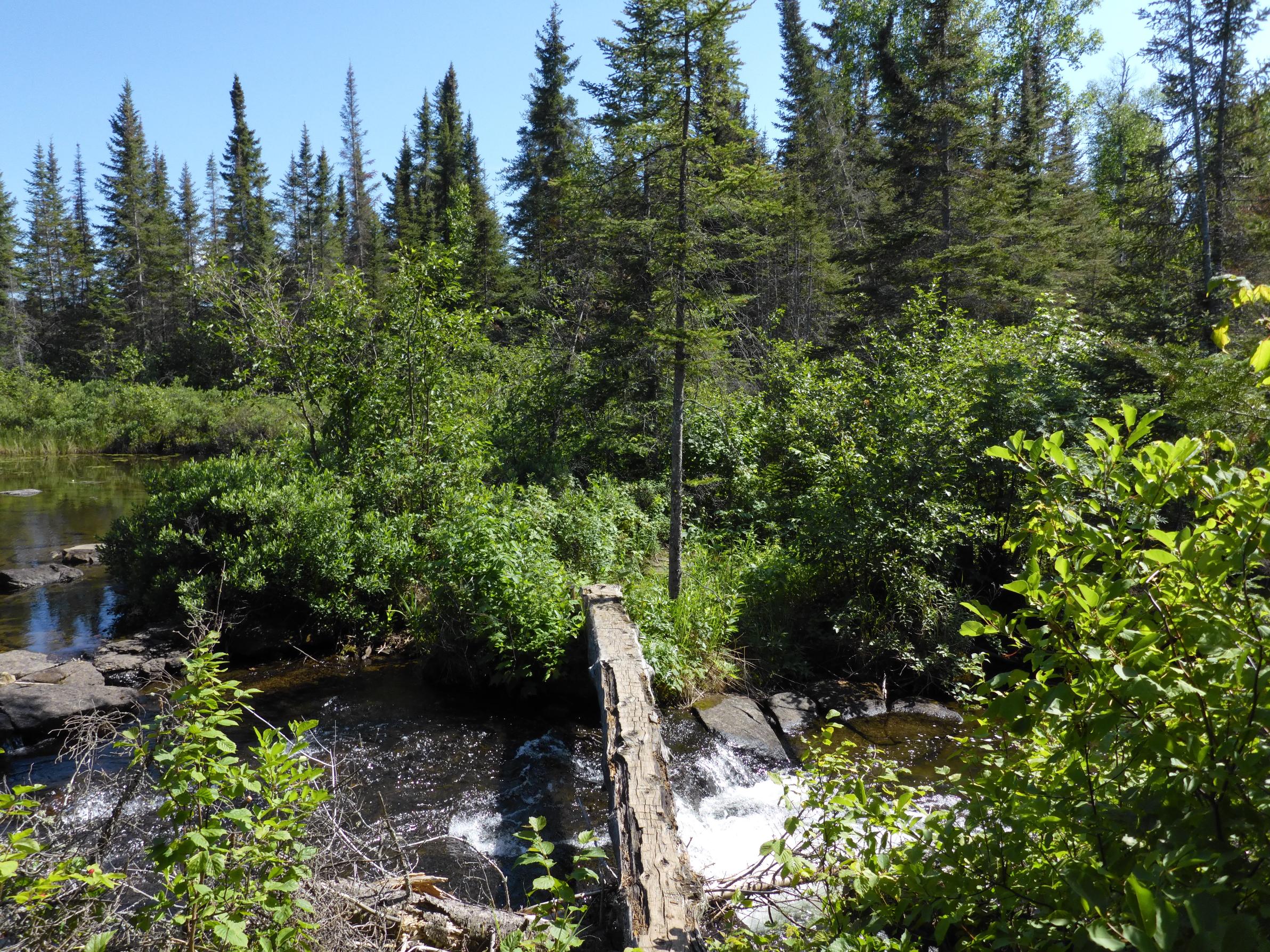 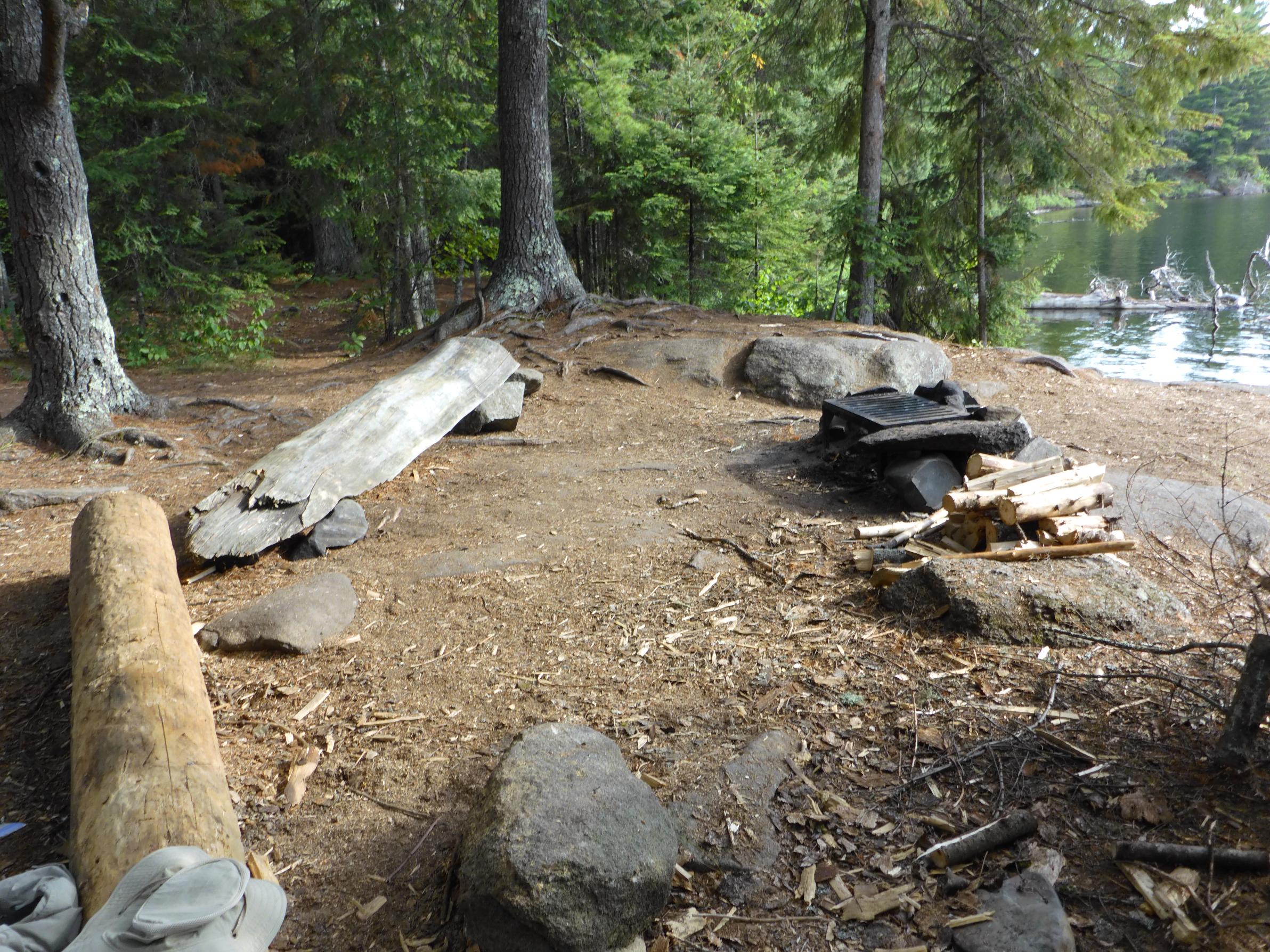