Cummings Lake after reopening
by tsprings

Trip Type: Paddling Canoe
Entry Date: 09/05/2021
Entry & Exit Point: Crab Lake and Cummings from Burntside Lake (EP 4)
Number of Days: 5
Group Size: 4
Trip Introduction:
5 Day, 4 Night trip Sept 2021
Discuss Trip: View Discussion Thread (4 messages)
Day 1 of 5
Sunday, September 05, 2021 This was my first time to the Boundary Waters in 10 years, and my first time being the "lead" on the trip. My 3 friends had never been before. The summer of 2021 was a historic drought in northern MN and fire bans were in effect and there were park wide closures happening in the weeks leading up to our trip. We were very lucky that the closure and the wildfires didn't affect us. The BW had just reopened the day before we went in. It was touch and go for a few weeks there about whether or not the trip would even happen. I feel bad for those who missed out on their trip this year. I know how much work and preparation goes into it. There was still a fire ban in effect, which was unfortunate but at least we got to go on our trip. And in addition, there would be very few people in the BW when we arrived because the place had been closed for 2 weeks. So it was almost as if we had the place to ourselves. 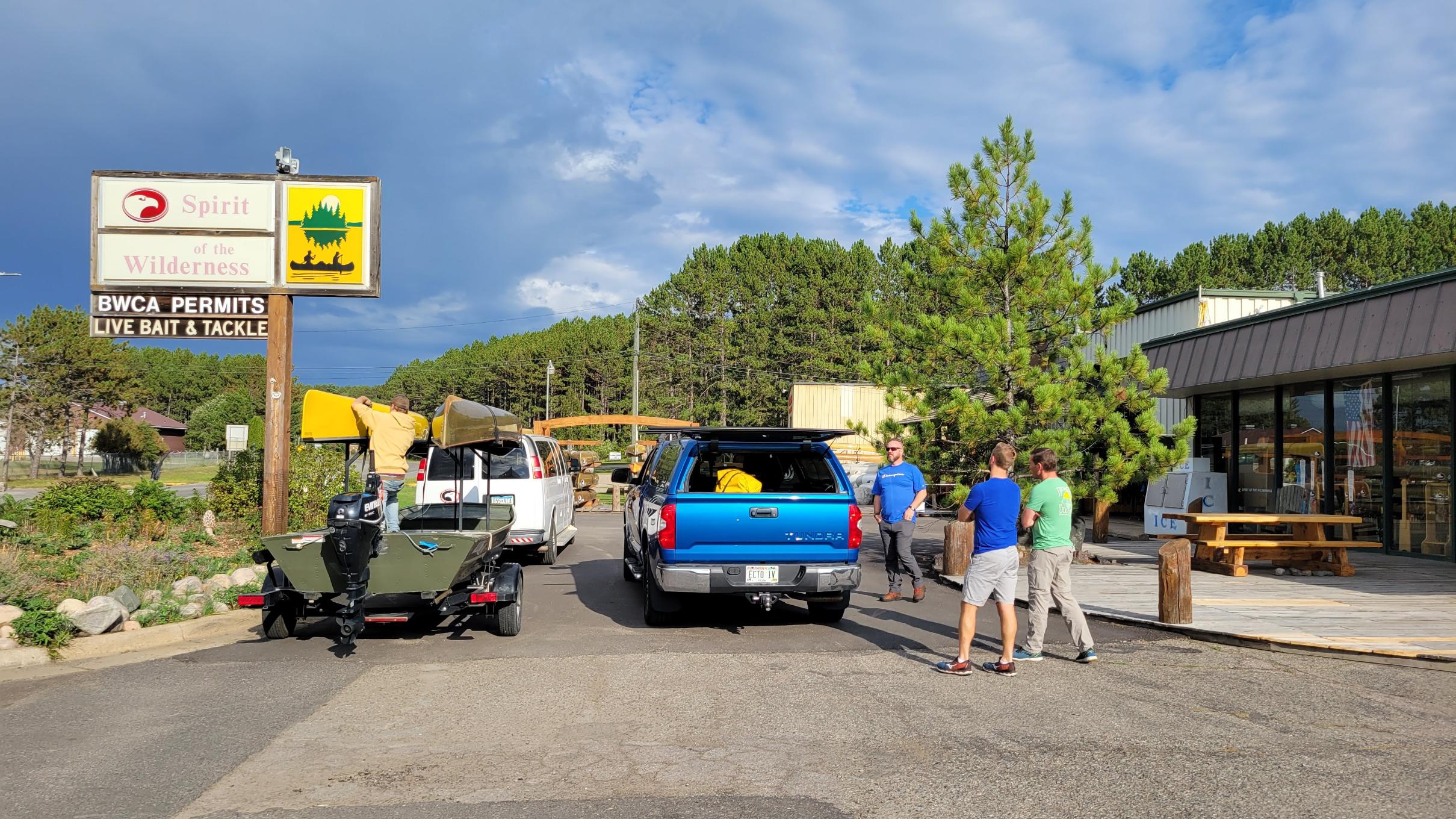 We were bringing all our own gear, but decided to go through Spirit of the Wilderness to get a taxi across Burntside. That ended up being the right decision because the morning we went in it was windy and choppy. Plus I was happy to support the local outfitters anyway we could. We also picked up some crawlers and a few lures for the week. SOTW has a bunkhouse but it was full so we stayed at the Paddle Inn in Ely. Nothing luxurious but a great place to crash and shower before heading in. 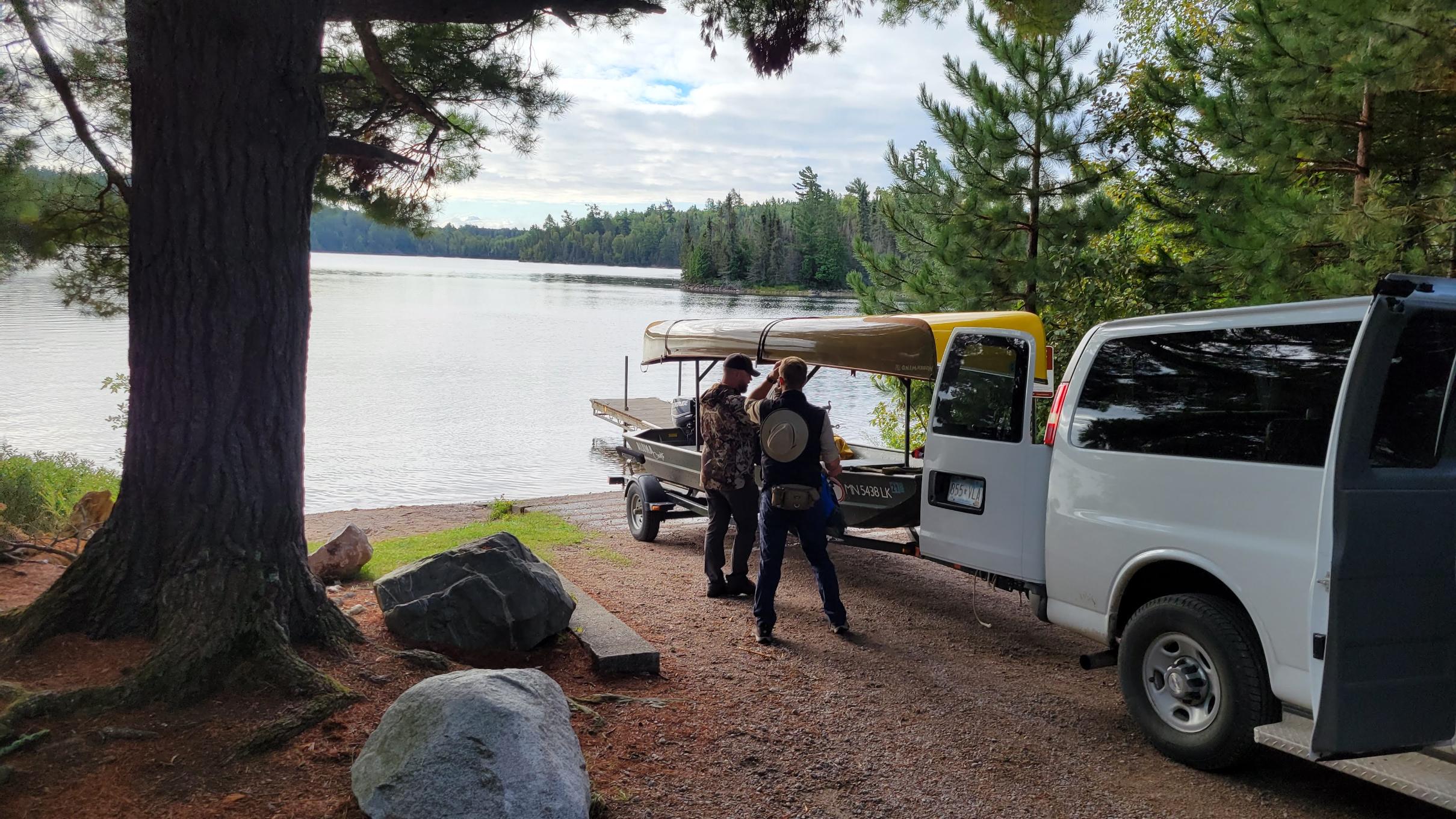 The first portage at EP4 is a long one but not difficult. In good shape, mostly flat, and well worn. When we reached the nice sandy beach landing at Crab Lake the wind was in our face and I knew we had a long paddle ahead of us. 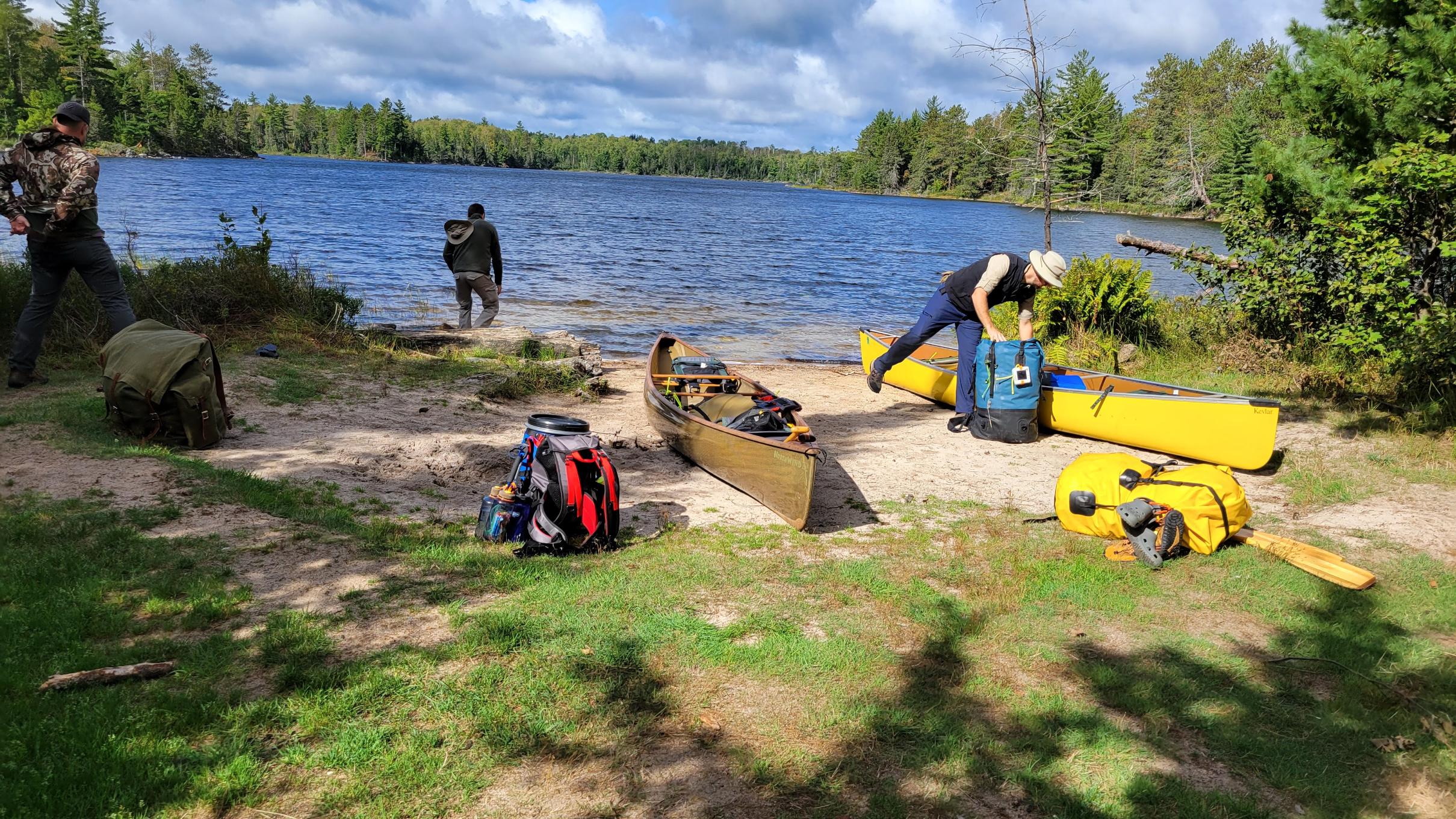 We spotted one group on Crab Lake, other than that the place was empty. The paddle across Crab was directly into the wind. When we reached Korb we were protected from wind but then it started to rain, and it rained for about 30 minutes. Eventually the sun came out and it was quite pleasent. 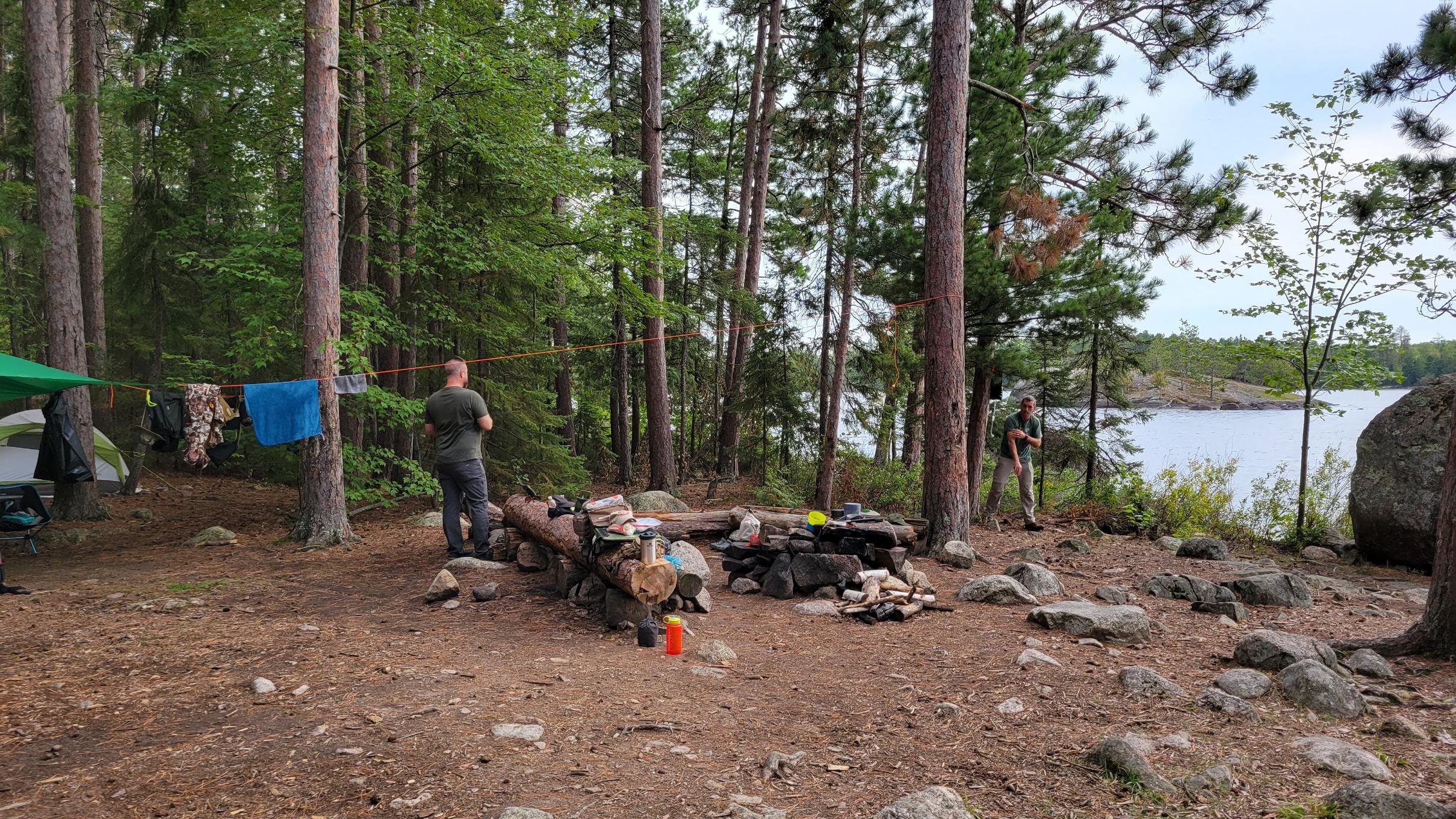 The weather was great so we got our fishing poles out and fished from shore. Immediately caught a handful of nice eater sized smallmouth. We fried up our dinner and slept well. 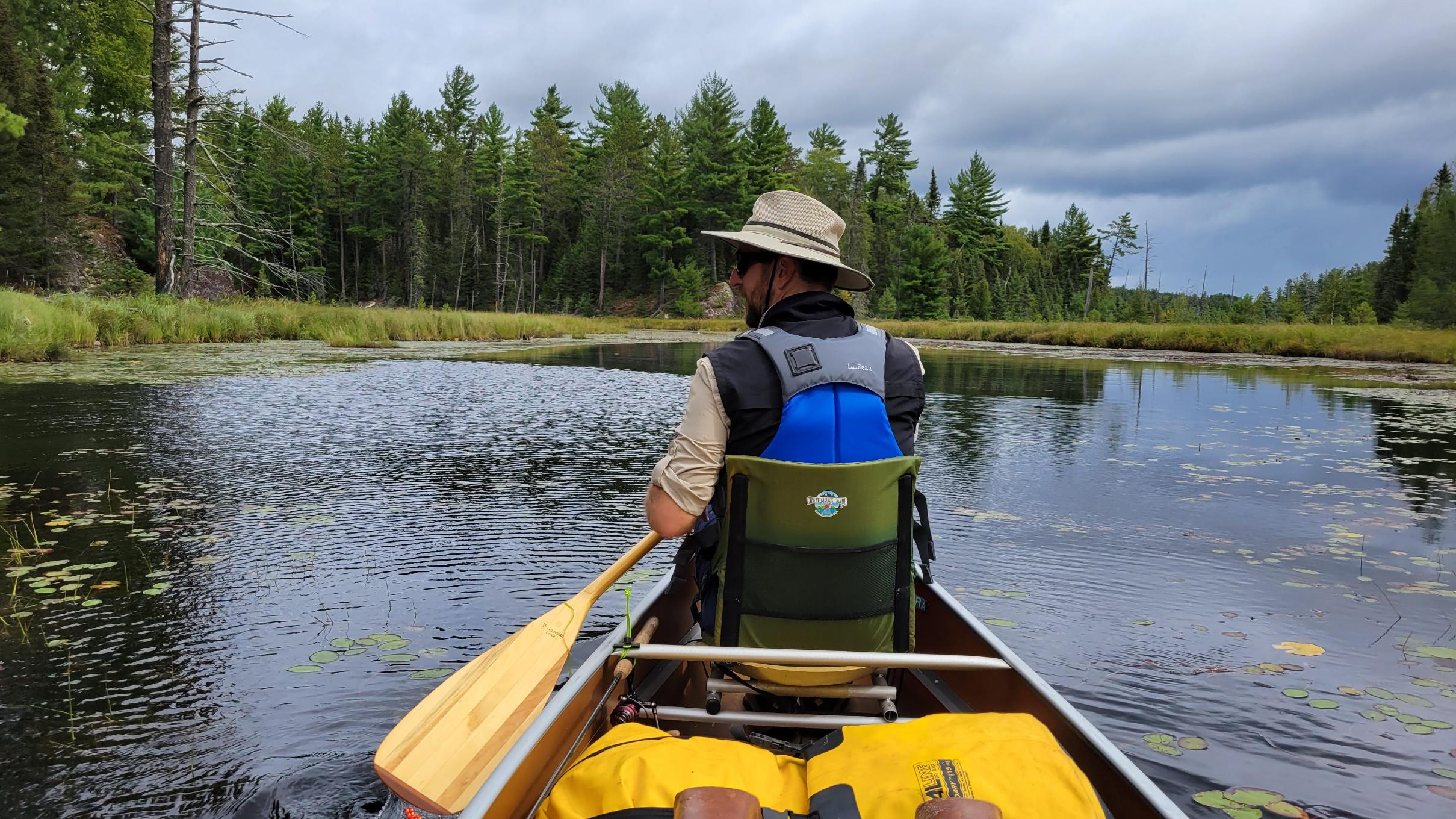