Clown Encounter on Eagle
by 30Smoke

Trip Type: Hiking
Entry Date: 05/13/2021
Entry & Exit Point: Other
Number of Days: 2
Group Size: 1
Trip Introduction:
Just want to make sure there is no confusion on the Trip name. I met a real clown that performed Center Ring for Barnum and Bailey and Ringling Brothers, the Greatest Show on Earth. He has many You Tube (Shugemery) posts about hiking and even some canoeing! I came down to Crescent Lake the night before, stopping in Jay Cooke State Park on the way. So a Two day adventure, but a day permit to bag the Peak of Eagle Mountain. Meeting Shug made my day!
Discuss Trip: View Discussion Thread (6 messages)
Report

May 12, 2021 - Wednesday – Left work shortly after noon for Spring trip! Drove to Jay Cooke State Park to check out my camping accommodations for Sunday the 16th on my way home. Many interesting things, from the swinging bridge over the St Louis River to the group of identically dressed women. Walked around and took some pictures before heading to Crescent Lake Campground, site 006. Once at Crescent Lake, I walked around checking out some other campsites along the peninsula and set up camp for the night. Decided to walk around the campground, did the big circle and it got dark on me. Interestingly, after walking around the loop where the camp hosts and a few others were staying, I came across an empty site that had two nocturnal eyes staring at me. My headlamp only lit up the eyes, so not sure what was staring at me, but it was holding its ground. I assumed it was a racoon or some small nocturnal critter, so I kept walking. After about 30 yards down the road, I peeked back and the eyes had moved out to the road. I was not yet overly concerned, as I would rather walk the road than through the thick woods up there, and just assumed the same for critters. Another 30 yards and another peek back and I started getting nervous, thinking that maybe some bigger critter, like a cougar was stalking me. I may have reached for my survival knife to feel more comfortable, but after walking another 30 yards or so, I turned around and the eyes were gone. Besides, I was headed back to my titanium Big Agnes and knew I would be safe behind those impenetrable walls! It had been a long day and sleep came quickly. 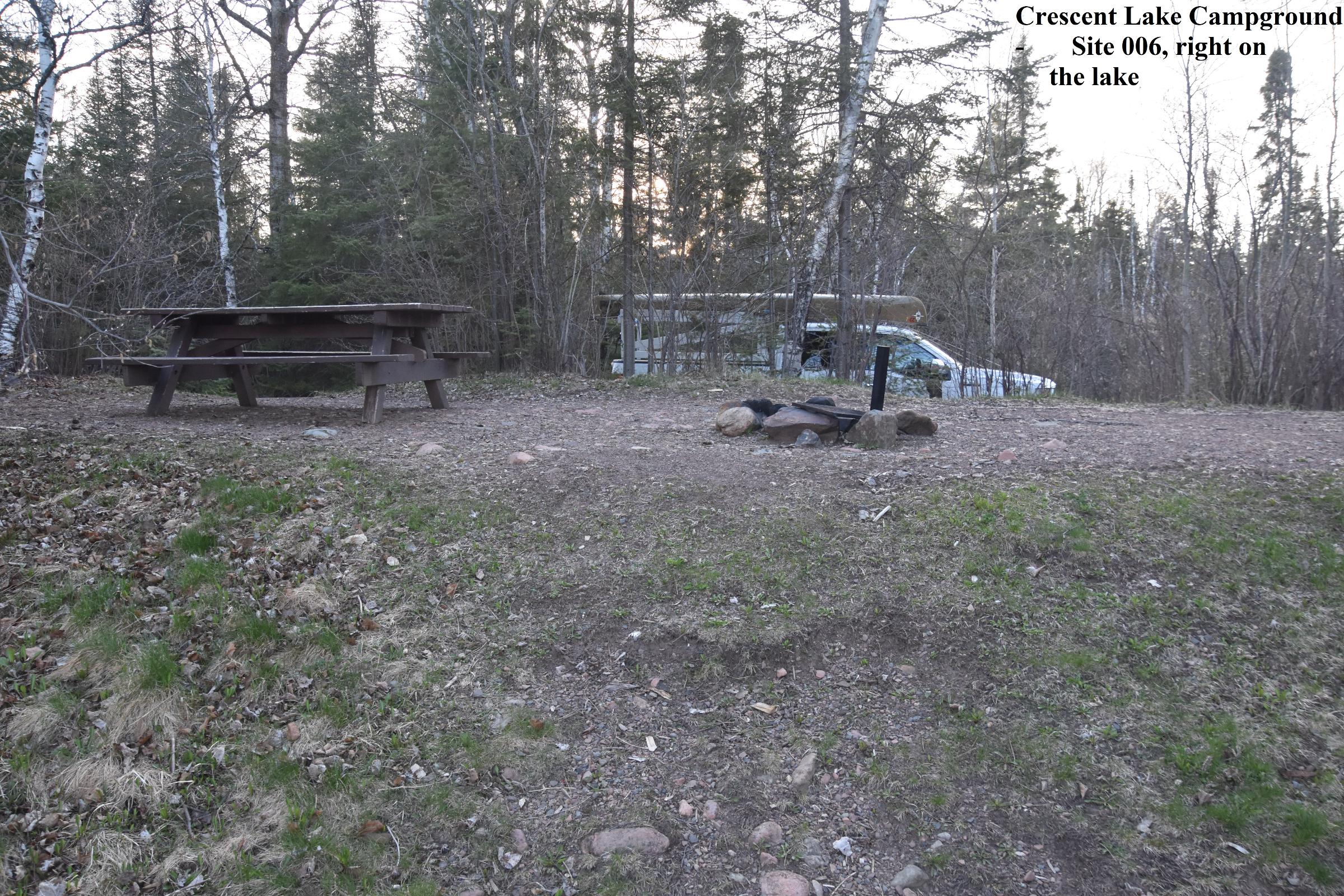 May 13 Thursday – got up and checked out EP 39 – Baker Lake & Baker Lake Campground. Surprisingly, it was empty! I could have stayed here for free. But Crescent was a nice spot as well. After exploring a little, I headed further west to check out EP 41 - Brule Lake & EP 40 - Homer Lake, before making my way to the Eagle Mountain Trail Head by about 11am. Made the trail Junction to the peak at about 12:25pm, after taking some pictures and checking out the first campsite from the EP. I found the fire grate, but not the Thunderbox. I then worked up to the first overlook at 1:41 and was so excited to get there that I sat down and took a selfie to send back to the office, as I had signal way up there almost in the clouds, at the highest spot in MN. This was the first time I had ever brought my phone into the BWCA, and probably last. The reason I go to the wilderness is to get away from technology. I completed my hike to the peak of the Mountain, which is just the Metal marker with trees all around the opening in the forest. After some brief exploration and pictures, I started working my way down. 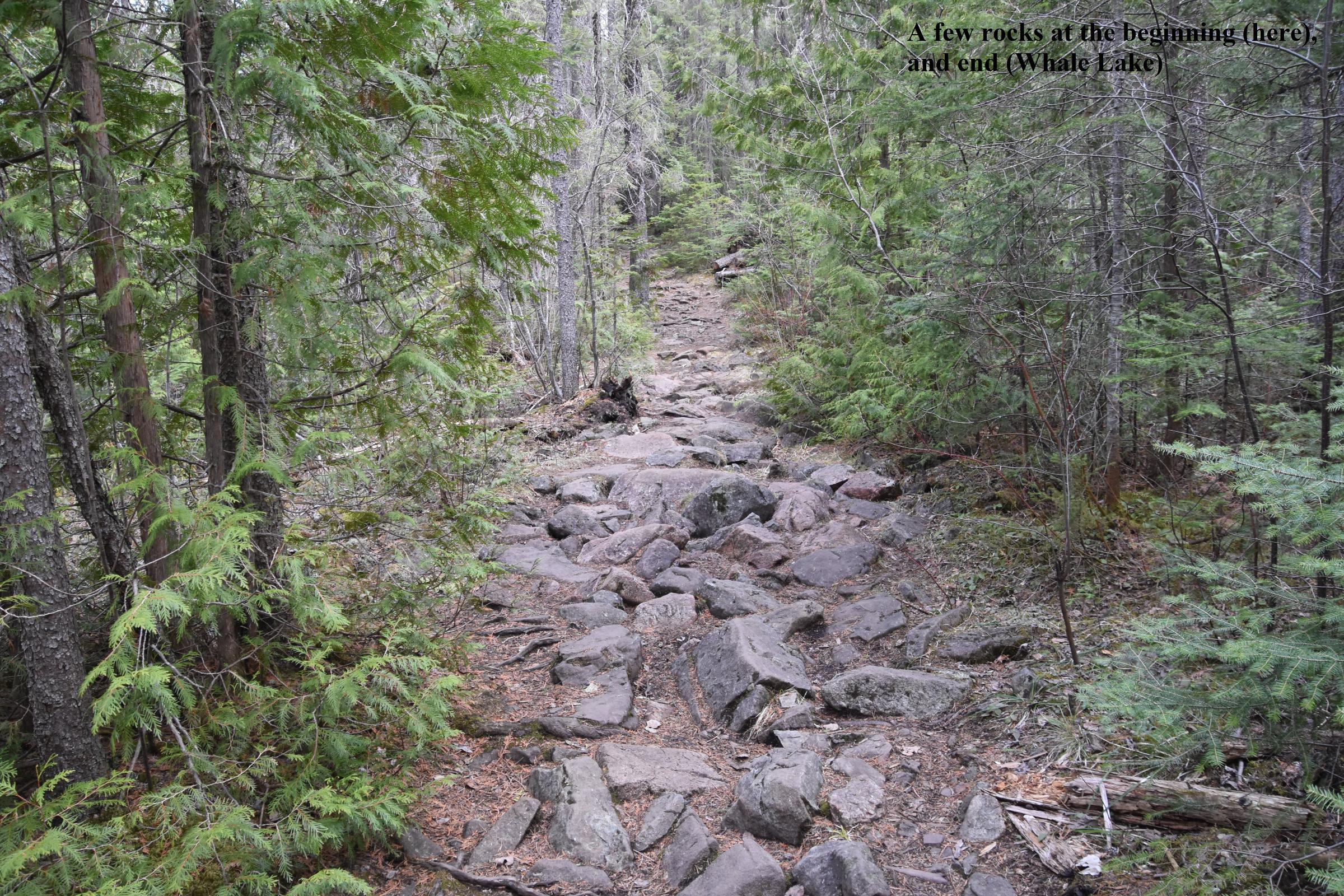 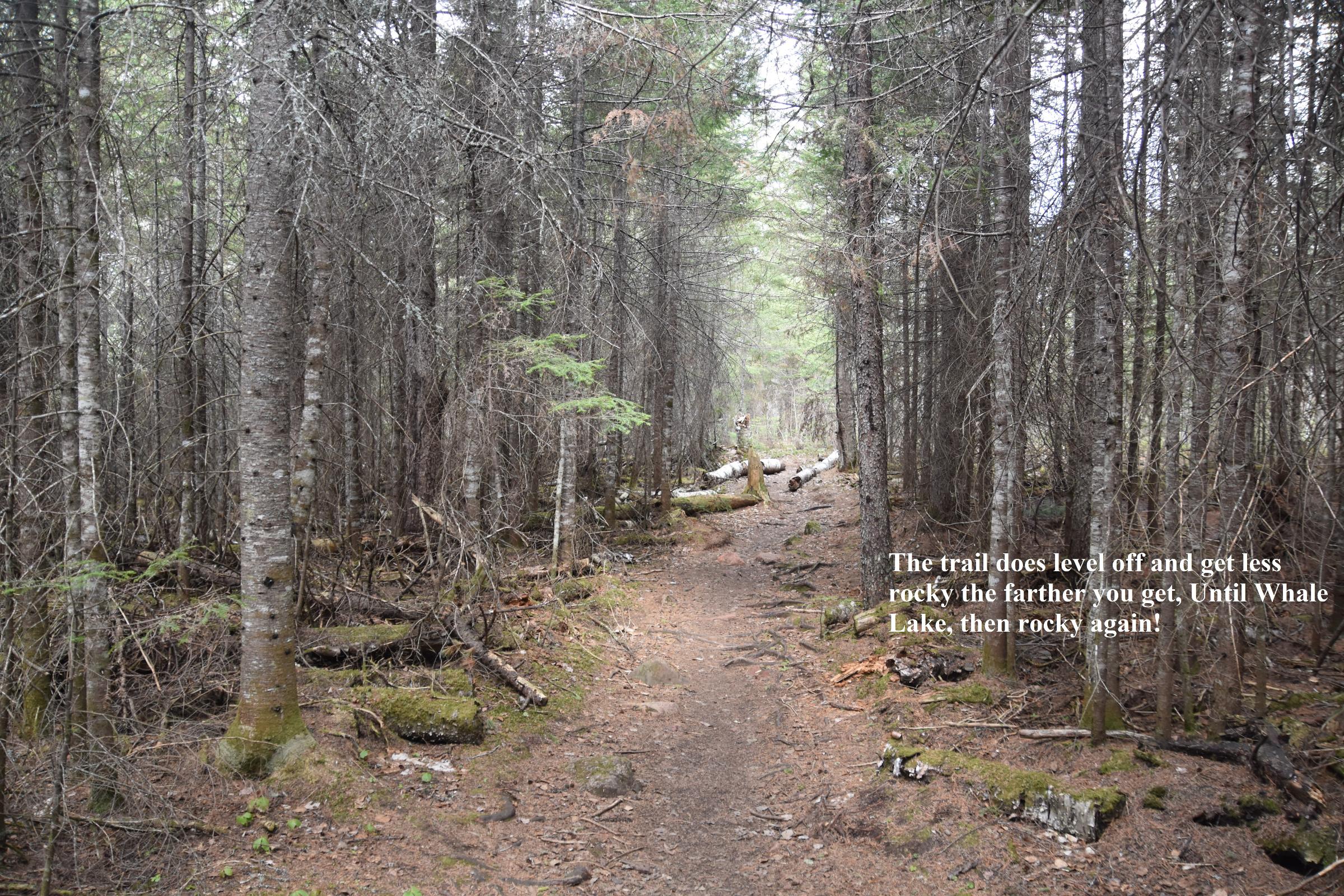 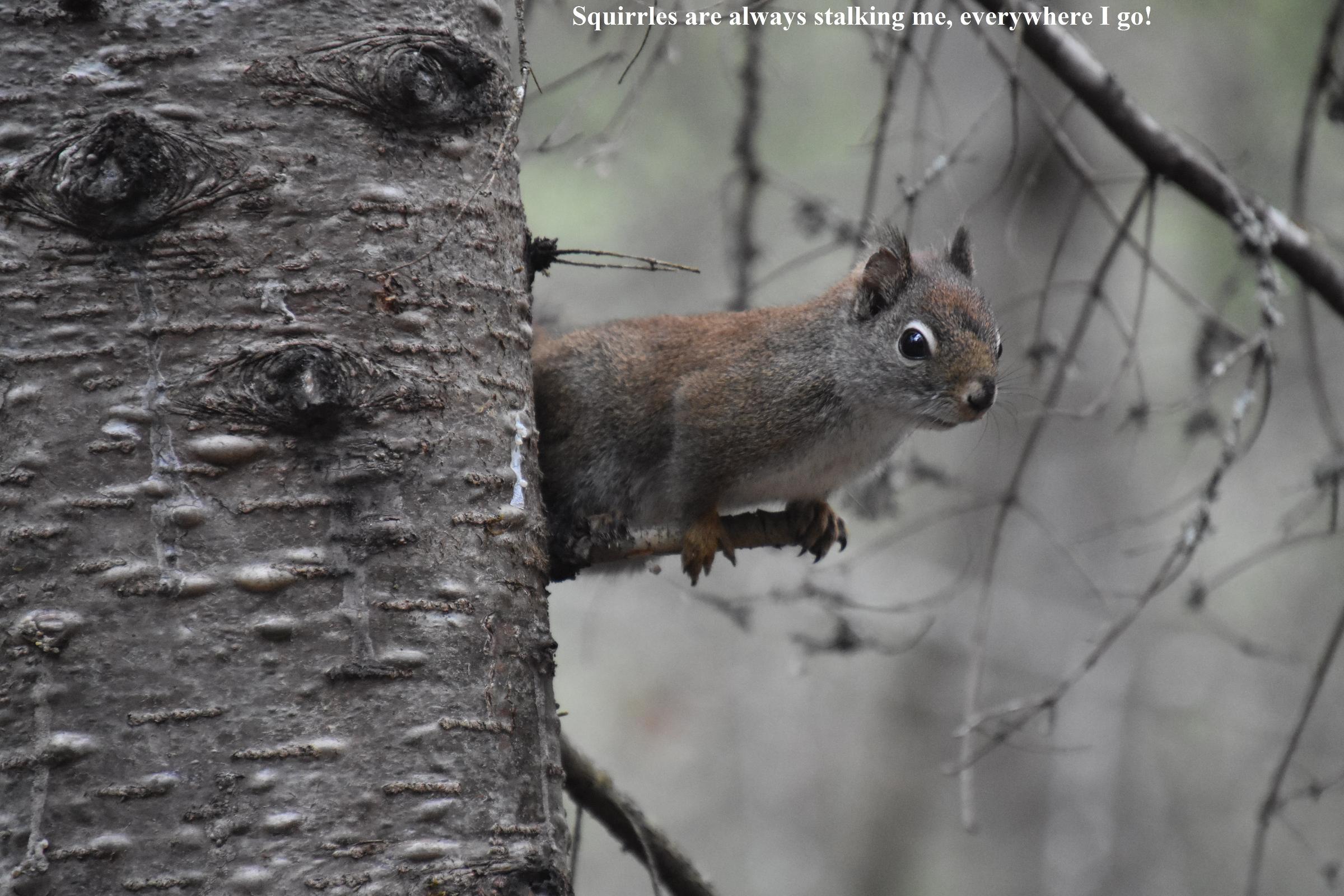 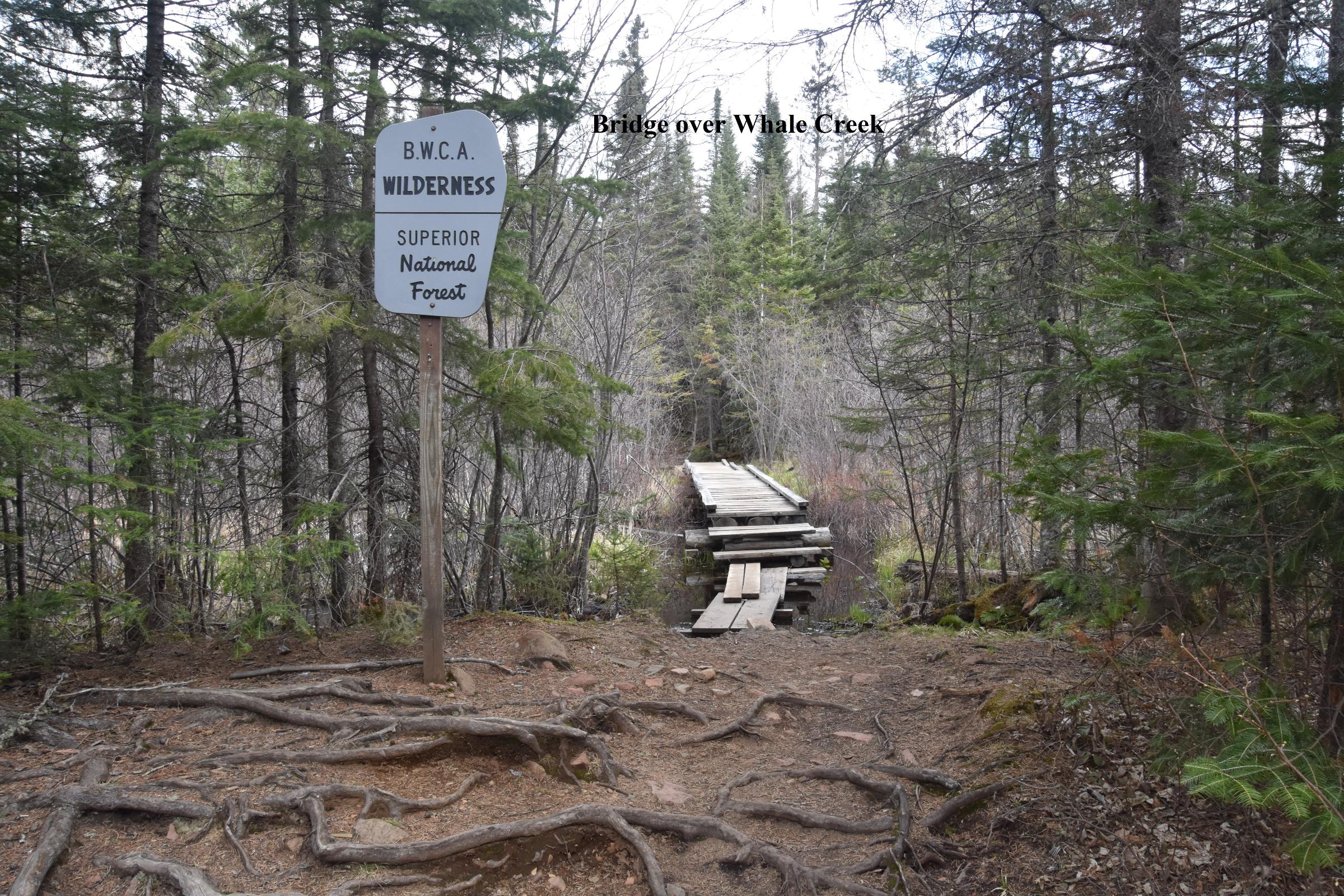 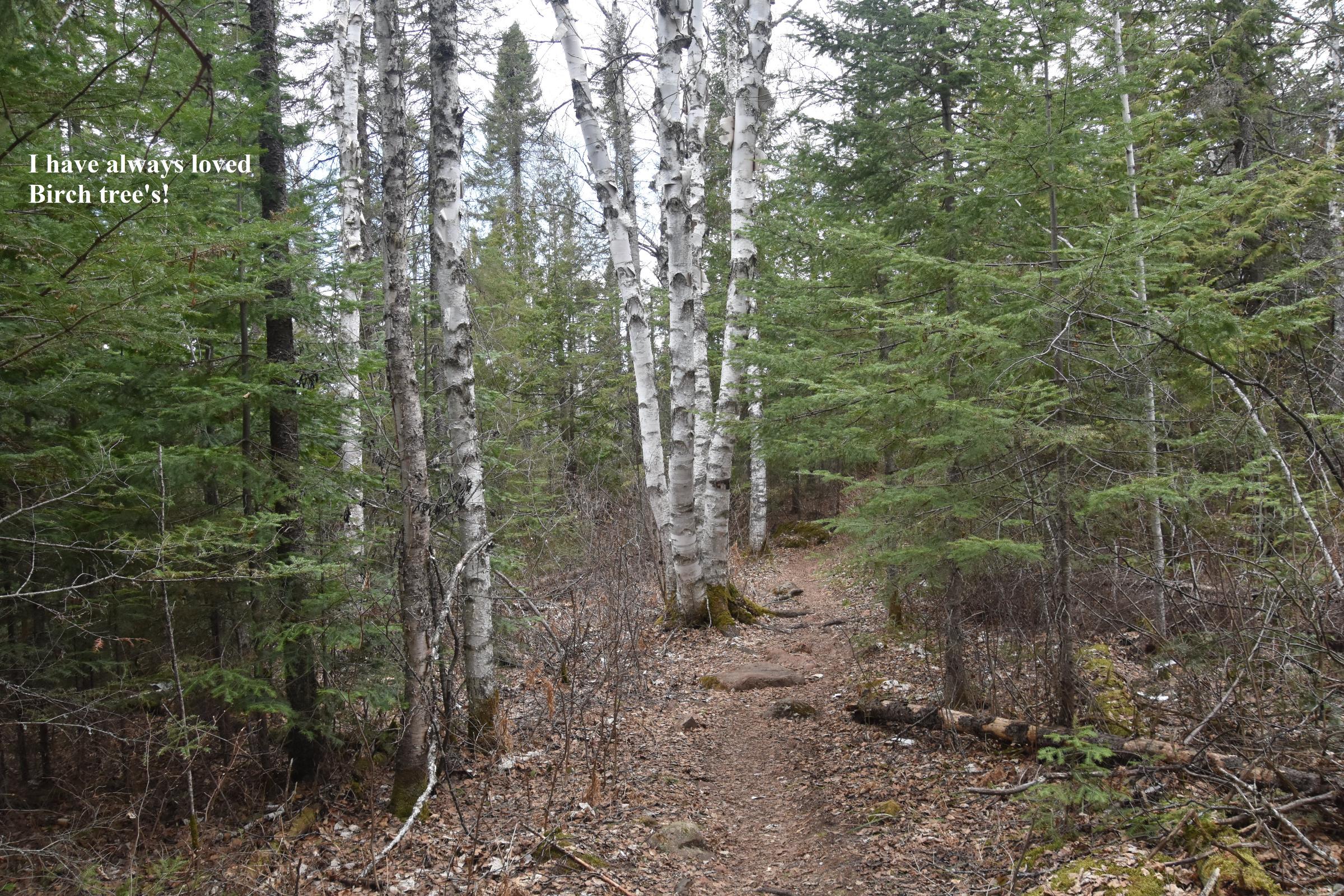 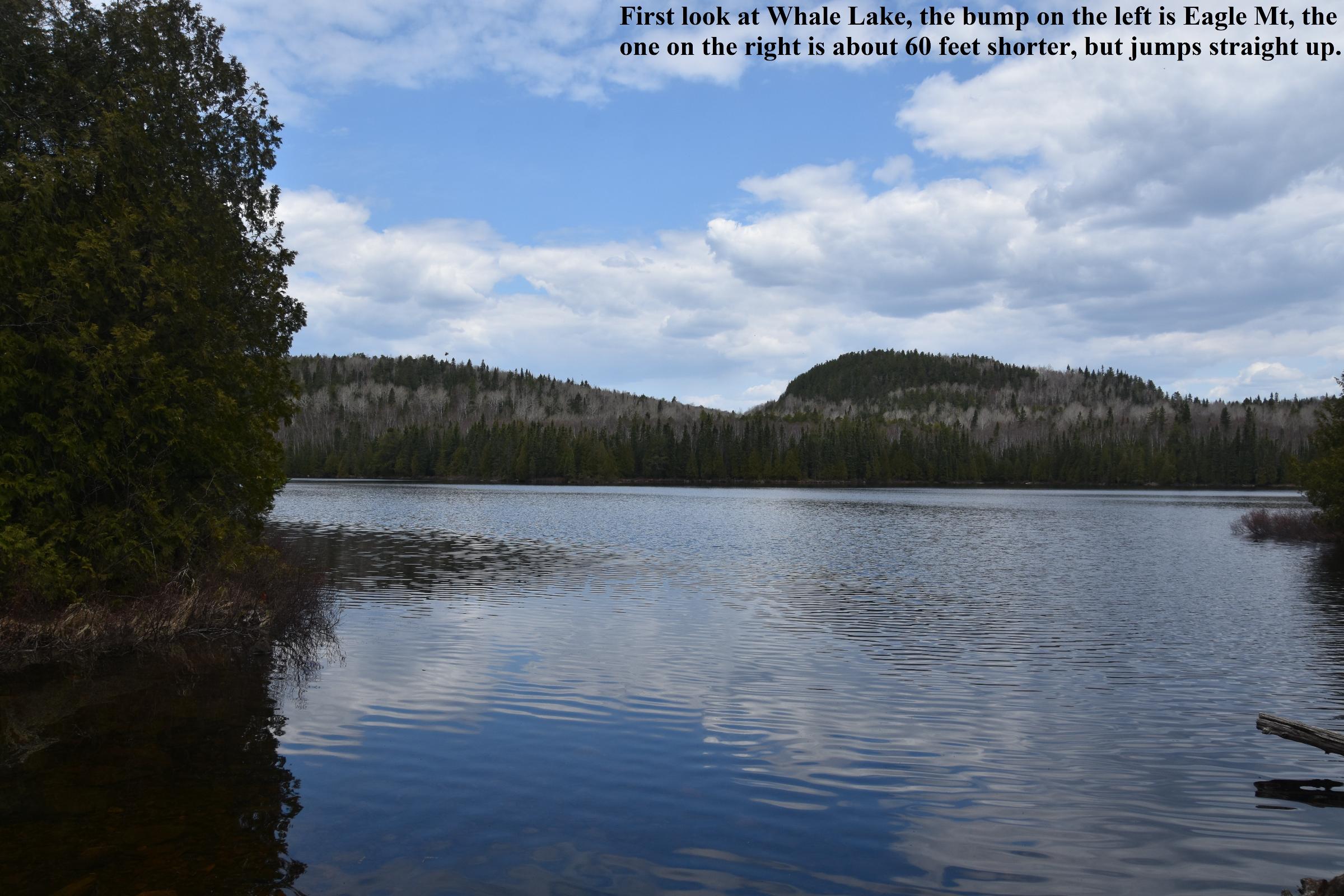 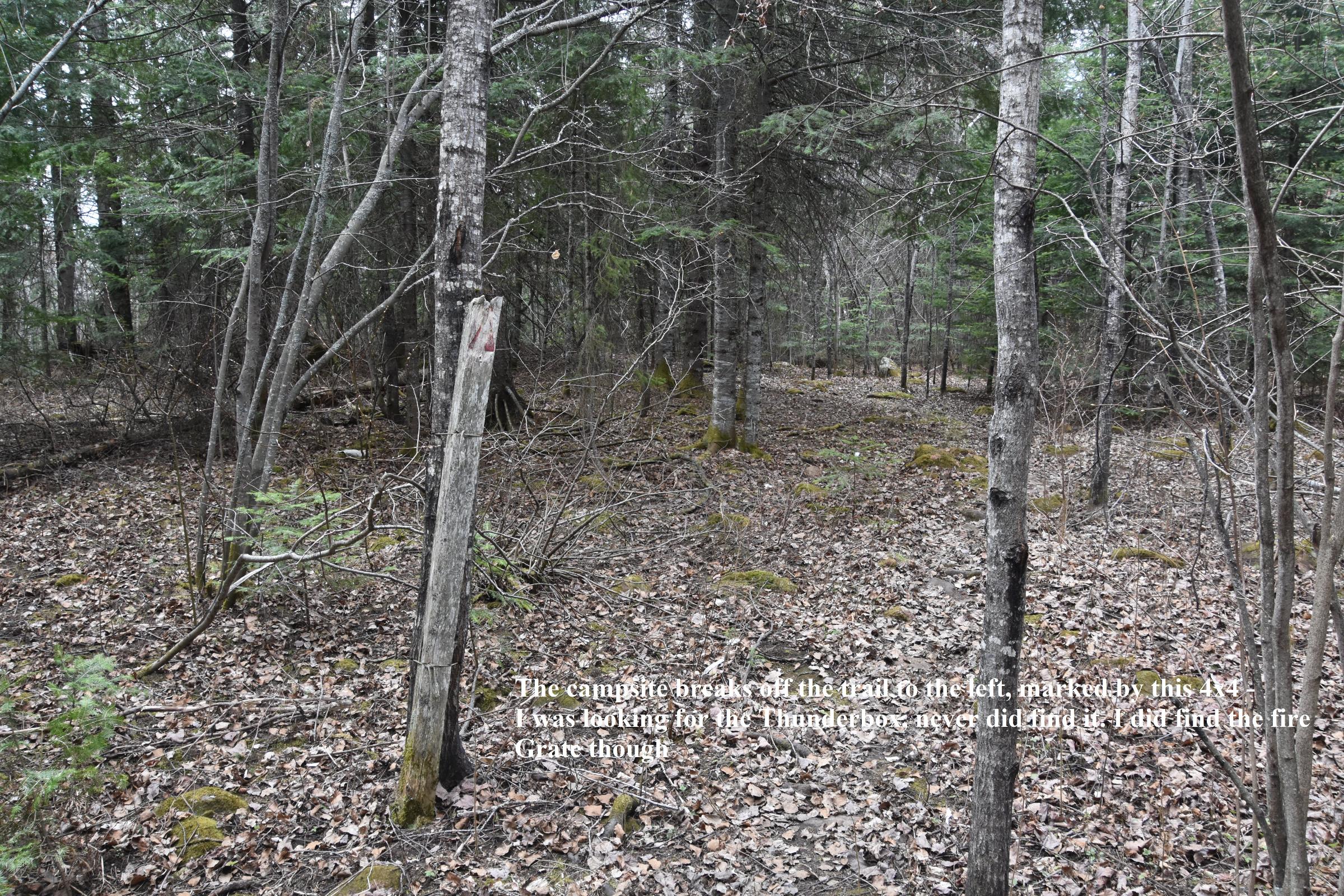 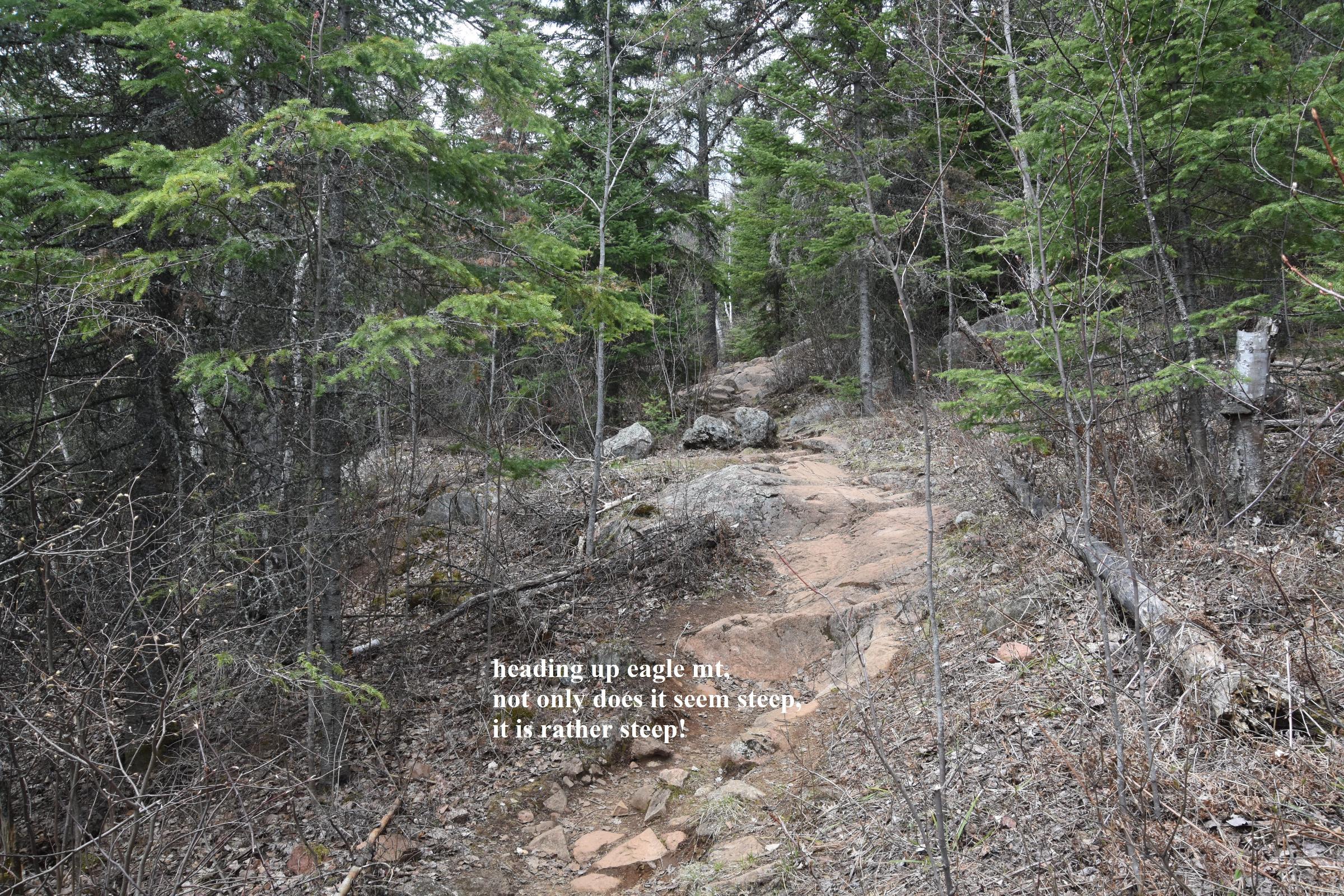 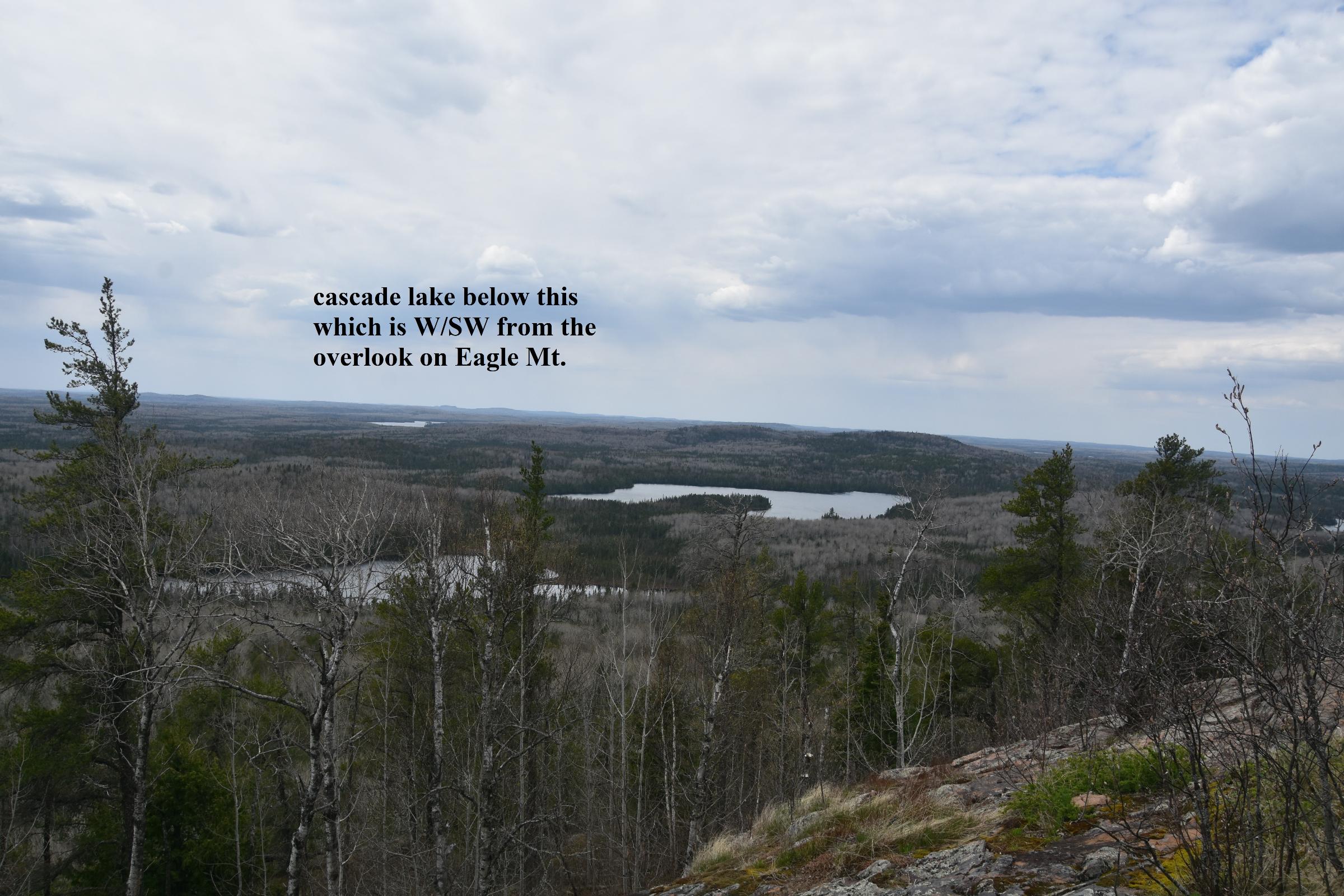 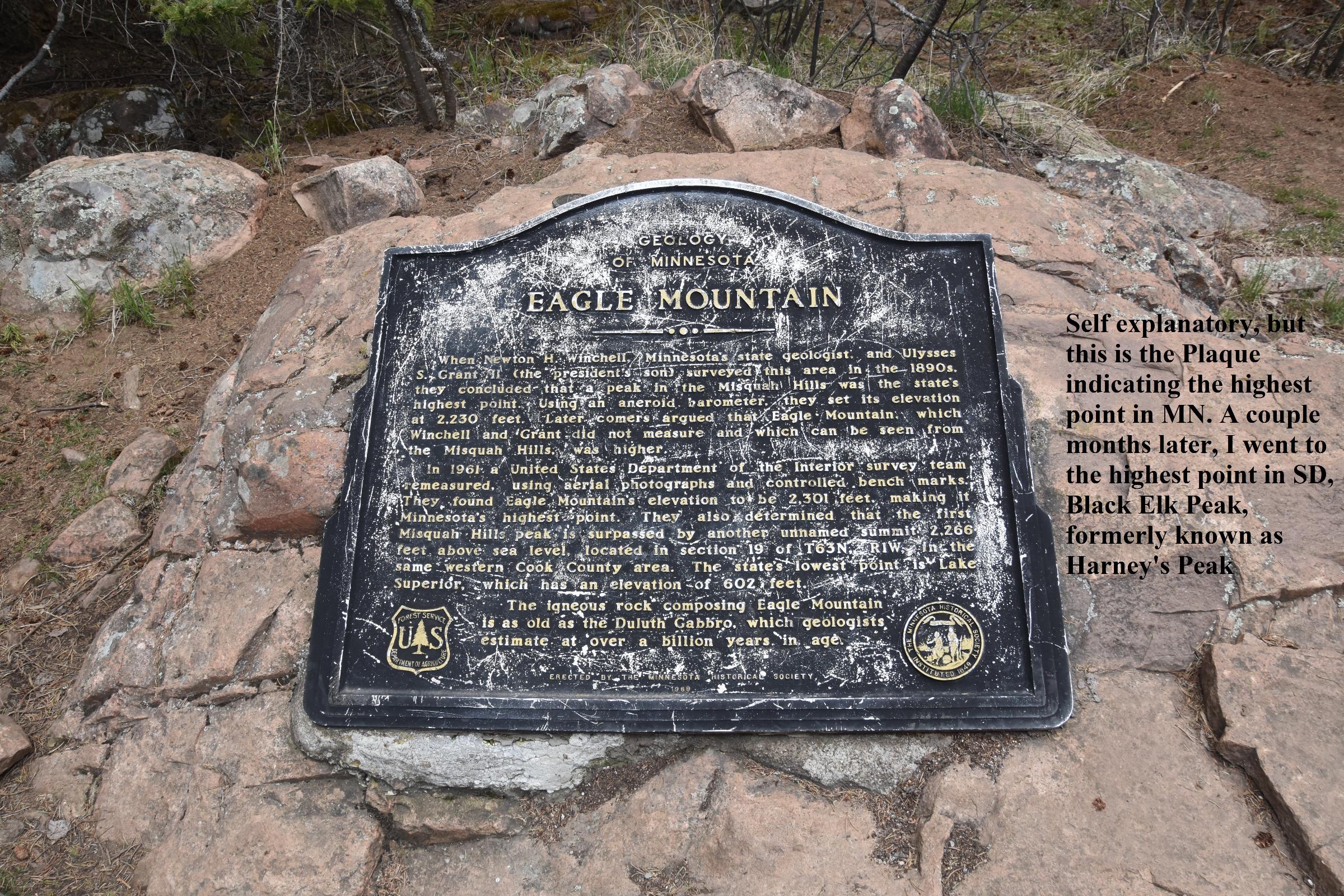 As I approached the lower overlook, I saw a man and asked if he would mind taking my picture over the edge. Much to my surprise, it was Sean (Shugemery)! He agreed and allowed me to take a picture of him. This led into a wonderful conversation, and we visited for quite a while; which I really enjoyed. He has a Youtube channel (Shugemery); and is also a member of BWCA.com (Shug) and does a lot of hiking and Hammock videos. He talked about wanting to try a canoe trip, which he did shortly after our meeting! Really nice and funny guy, as you would expect from a Ringling Brothers Center stage clown! Thrill of a lifetime. He even gave me 15 seconds of fame in his Brule Lake Hike video! “Woo Buddy – all’s clear in Sector 7”. After last October’s failed attempt, it was good to reach the summit, and even more cool to meet Shug. 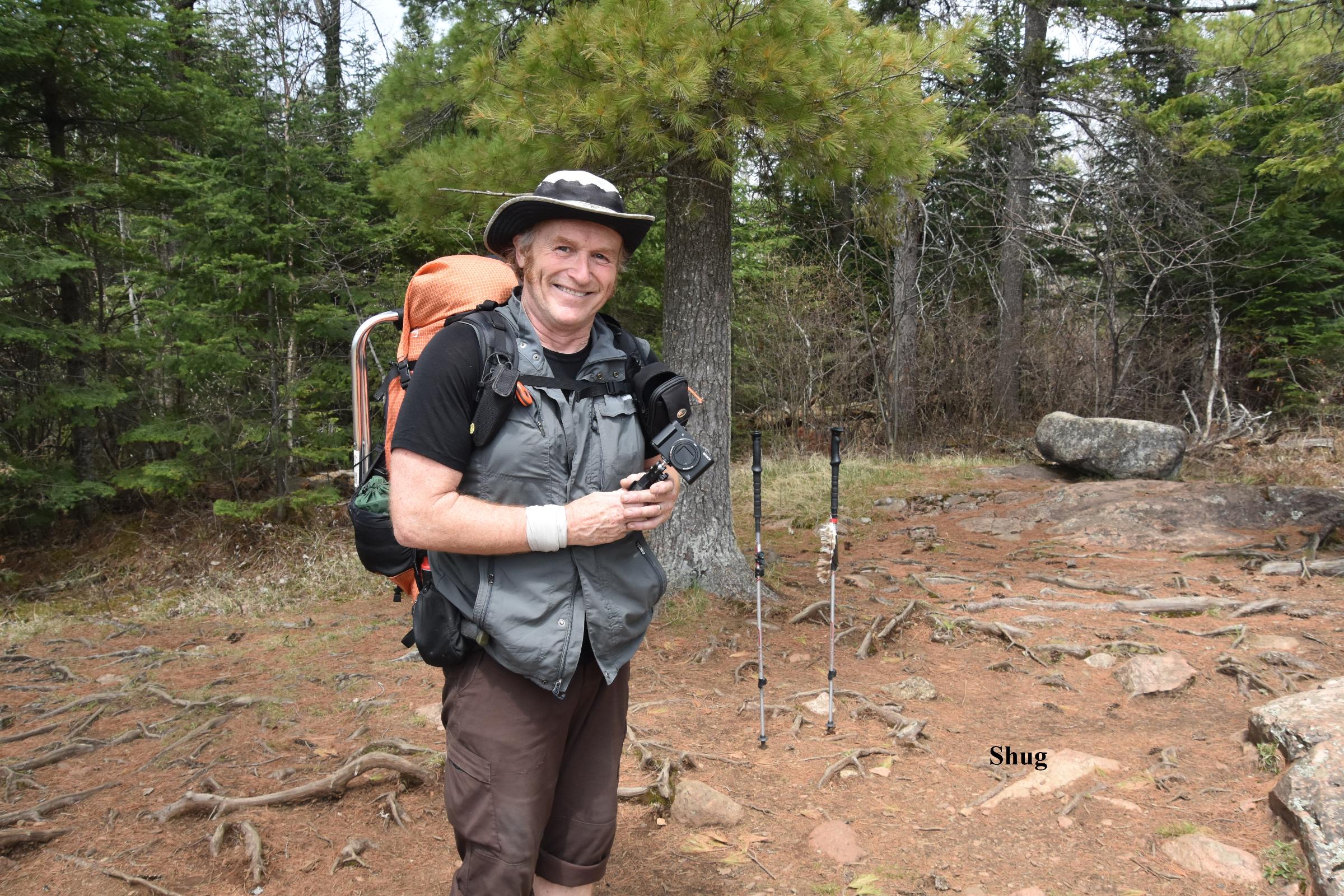 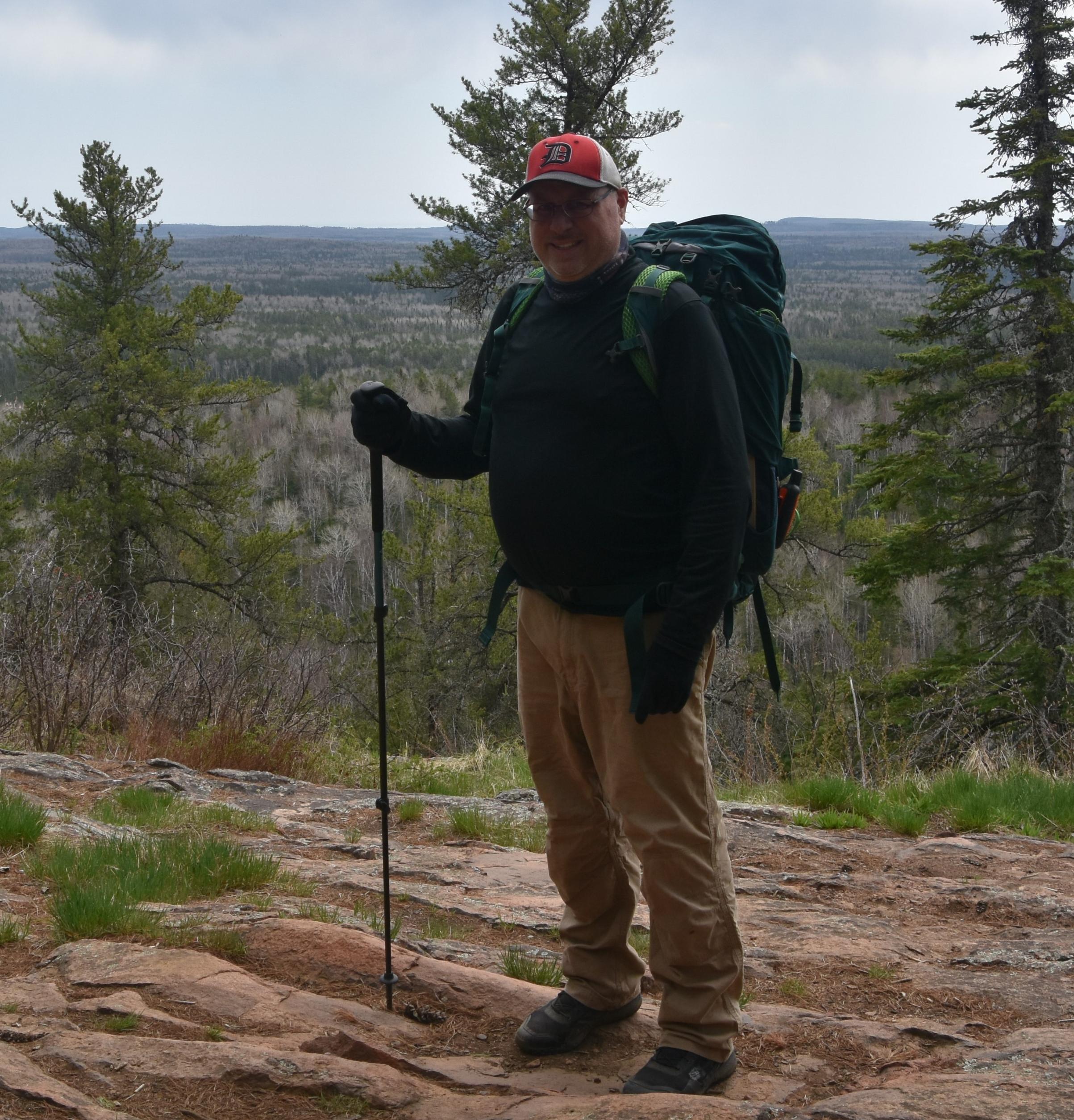 I then went down and checked out the 2nd camp site, just a short distance down the trail towards Brule Lake. It appeared to be nice, but I could not find the Thunderbox at this location either. Apparently, they hide them from Paddler’s and only the experienced hikers can find them! I also adventured further along the shoreline to get a picture of Eagle Mt from Whale Lake. Usually you only get to see the smaller bump, not sure if it has a name or not. 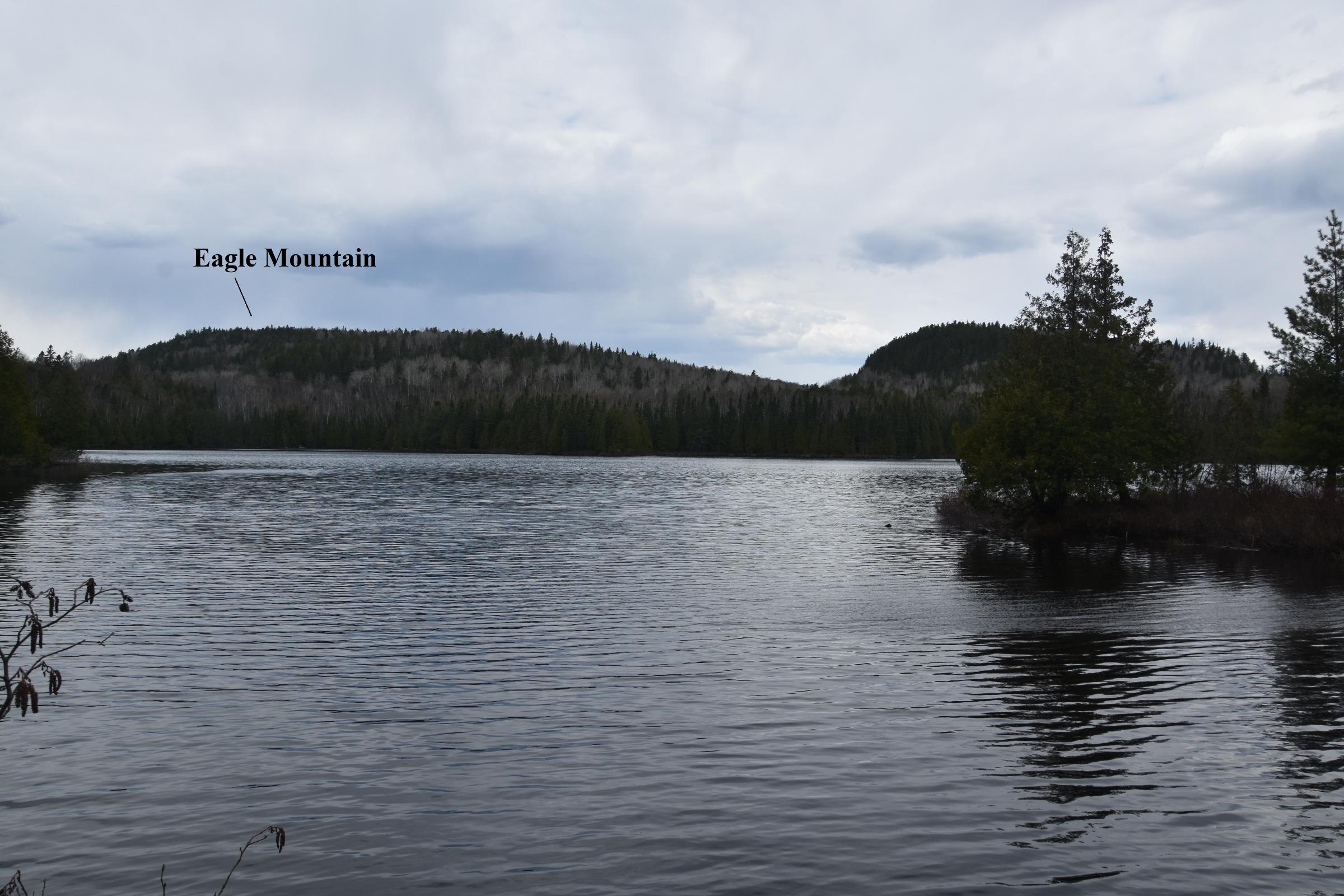 After working my way back from the Summit to the EP, I decided to swing into Grand Marais for something to eat and check out the meet up place for the trip into Duncan Lake that starts the next day. It was a nice drive after a long hike, and I got back to Crescent Lake campground with enough time to paddle around the lake looking for the forest service campsite and the two non-forest service campsites. Not clear what the non-forest campsites are, or whether they are open to anyone, etc. The site on the southern island was occupied so no pic. The west campsite didn’t have a very nice landing, and it was a climb up to the picnic table. The northern one on the other island looked really nice. It was dark by the time I made it back to the campsite, so I loaded the canoe back on the truck and went to sleep. Again, after a long day, sleep came fast. Tomorrow’s adventure will be a new report! 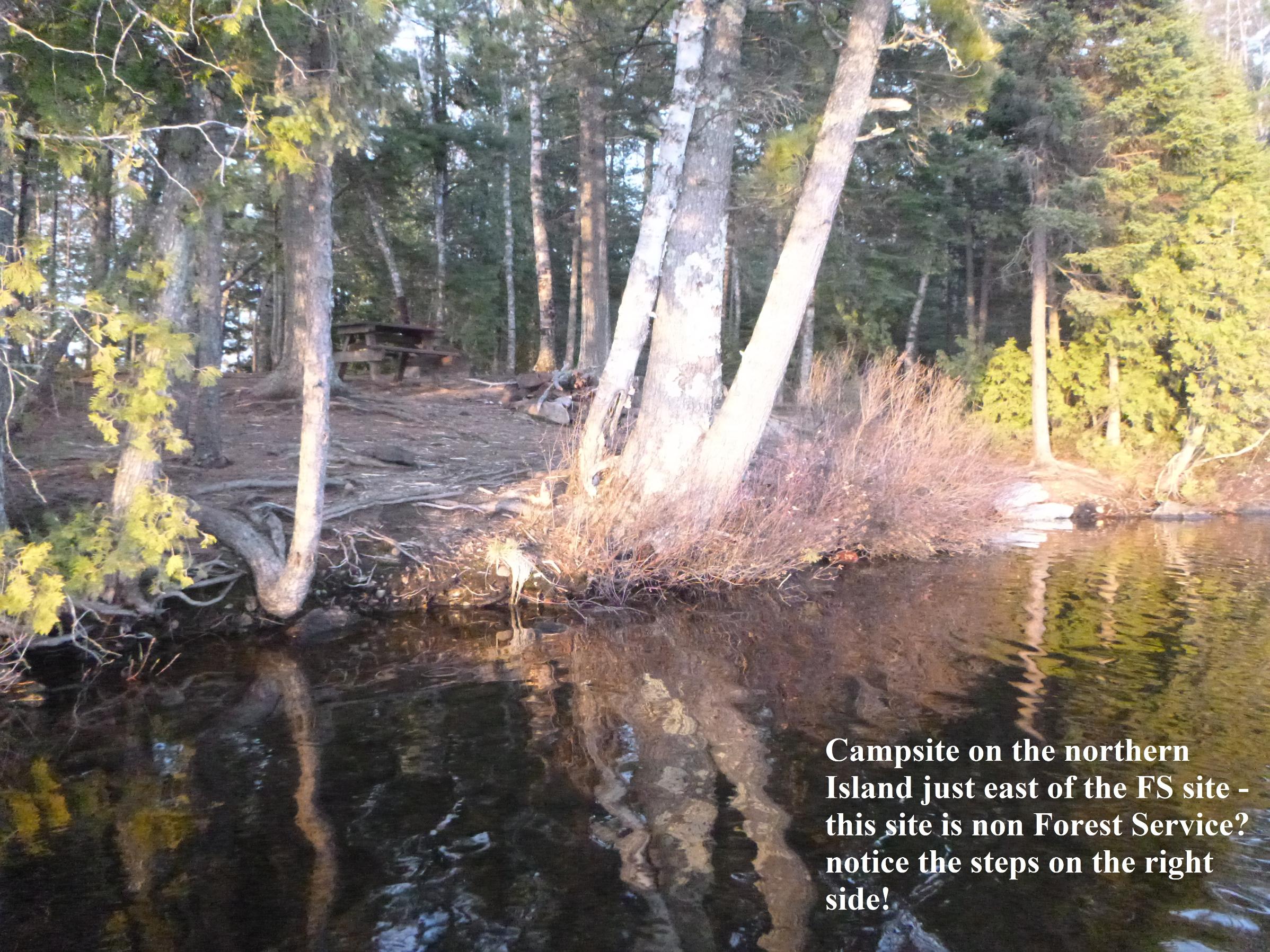 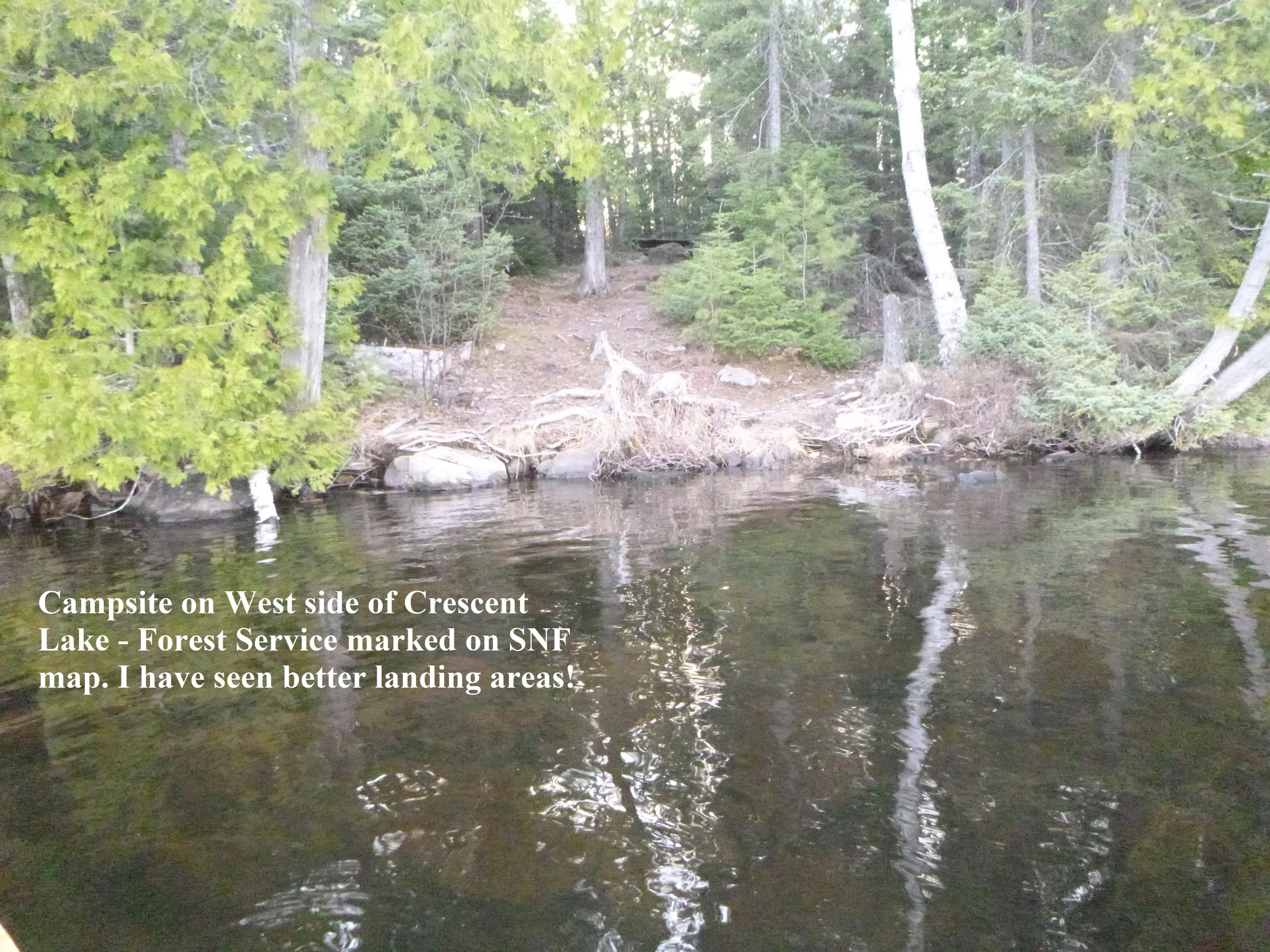